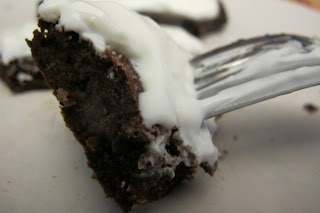 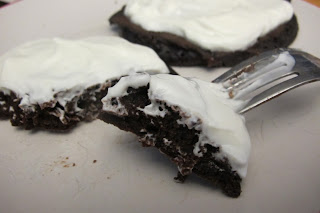 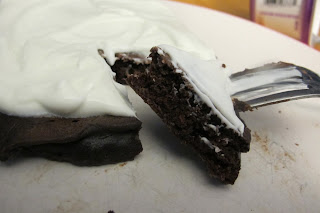 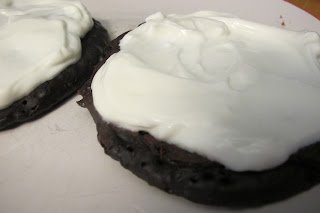 I like breakfast.  It is the largest category of recipes on my blog.  What can I say?  It is the most important meal of the day. 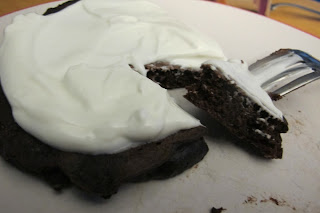 I have used this base chocolate pancake recipe many times.  It is a favorite.  I added orange extract and chunks of a chocolate orange. 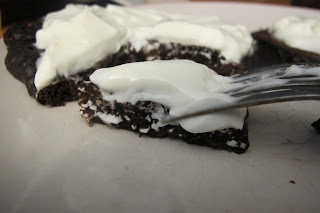 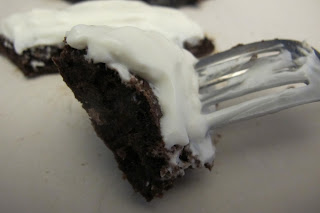 I combined the milk, melted butter, egg, and orange extracts.

In another bowl,  I combined the flour, cocoa powder, sugar, baking soda, and salt.

I poured the liquid mixture into the flour mixture and whisked everything together. 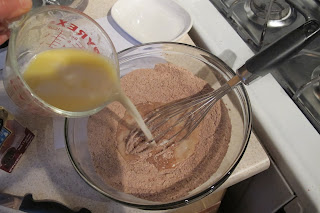 Once the batter was incorporated, I added the chopped chocolate orange. 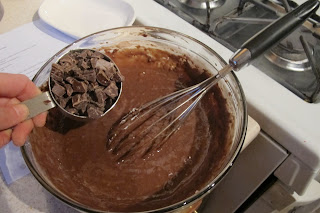 I cooked the pancakes in a hot, greased pan.  I am a pro at cooking pancakes now.

As is my custom, I ate these pancakes toped with greek yogurt.  It seems a little healthier than syrup.  I also think the yogurt looks pretty and billowy.

This recipe makes fantastic pancakes, which is why I have used it so much.  It's rich and chocolaty. 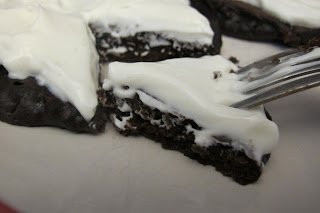 The texture is also fluffy and pillowy. 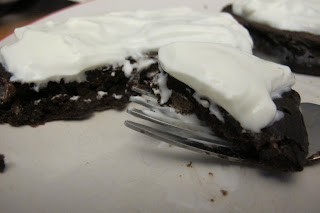 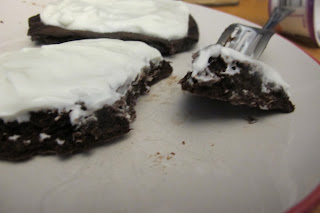 These had less of an orange flavor than I had hoped.  I think I could have added another teaspoon of orange extract.

Despite the weak orange flavor, these pancakes were delicious.  They were sweet, yummy, and decadent. 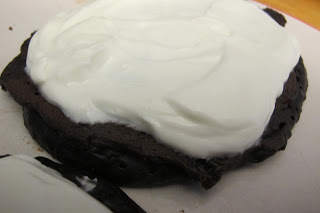