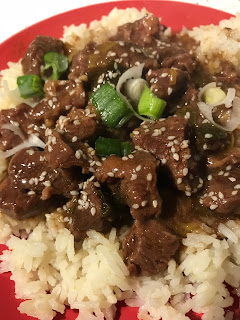 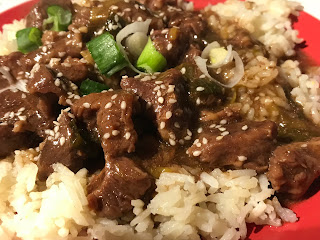 Earlier this year I made Lamb Tagine.  That was a really good recipe.  It was one of the best recipes I have made all year.  Very yummy! 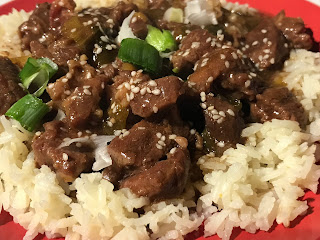 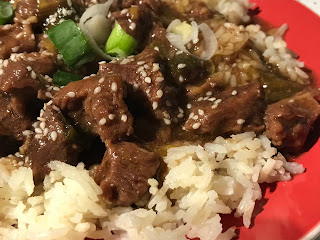 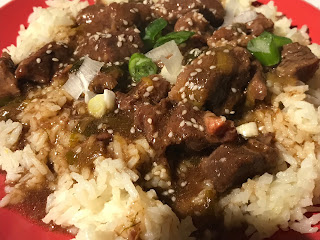 This slow cooker sesame beef recipe came from a blog called Budget Bytes.  I added a little more cornstarch, but besides that I made it as directed. 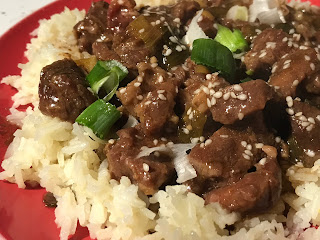 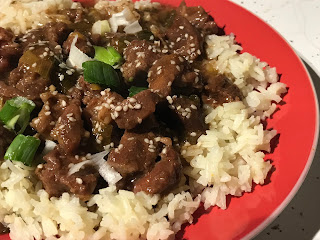 I began by making the sauce.  I added the soy sauce, brown sugar, garlic, ginger, and 1/2 cup water to a small bowl.  I whisked the ingredients together. 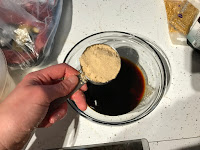 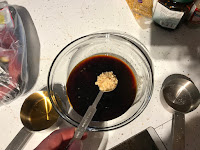 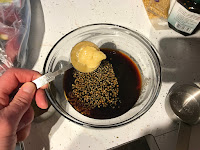 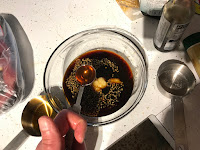 I chopped up the beef roast and added it to a slow cooker.  I added the three of the chopped green onions and the sauce mixture.  I stirred the mixture together, and cooked the meat for four hours on high heat.  After four hours, I mixed the corn starch with three tablespoons of water.  I let the meat cook for another 40 minutes. 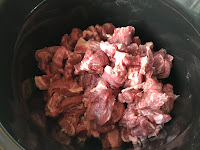 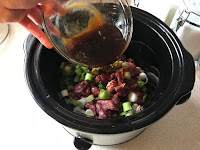 I served this dish over white rice.  I also garnished each serving with some of the remaining green onion and sesame seeds. 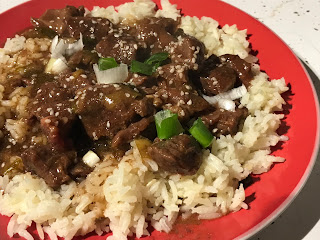 This was flavorful and succulent meat. 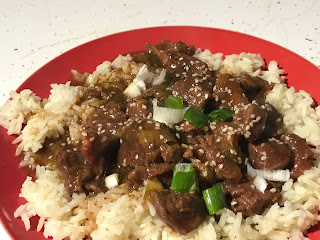 Even though I used a cheaper cut of meat, it was very tender.  I guess cooking meat for over four hours really softens the connective tissues. 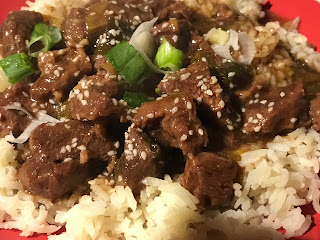 It has a salty, briny, and sweet flavor.  It was aromatic and savory.  The garlic, ginger, and green onions added lots of flavor. 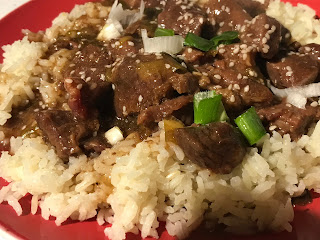 I enjoyed this recipe.  It was easy to make but tasted fantastic.  It was scrumptious.  I would make it again in the future. 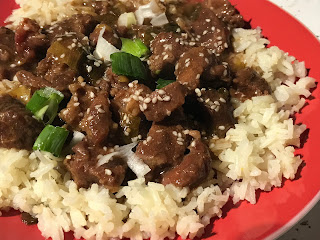