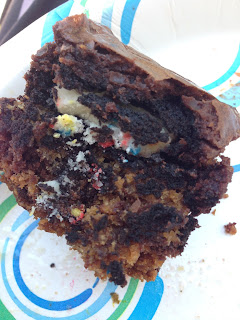 Last week was a busy week.  I went to San Diego for a work conference.  I decided to take a little vacation after the conference over the fourth of July weekend.  I traveled to San Francisco. 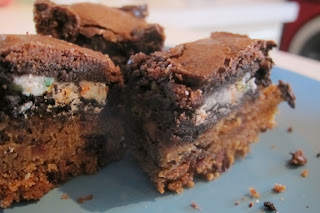 It was my first trip to San Francisco.  I had a great time.  I saw Land's End, Coit Tower, Fishermans' Wharf,  the Golden Gate Bridge, the Mission neighborhood, Chinatown, the Asian art museum, Lombard Street, and Angel Island, among other places.

I have a friend who moved to San Francisco, and he was a great host.  I am grateful that he was open to showing me the city.  It was a fun trip. 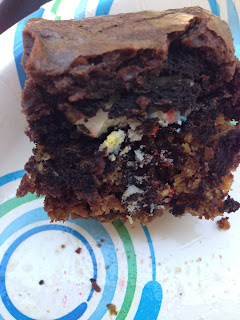 Angel Island was an immigration site similar to Ellis Island.  Because of strong anti-Chinese sentiment, it was hard for Chinese people to come into America.  Many went through long interrogations and were stuck on Angel Island for months. 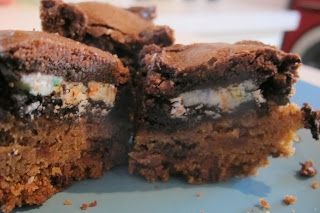 I ate lots of delicious food.  I ate clam chowder in a bread bowl and dim sum twice.  Once my friend and I went to a nice dum sum restaurant near Land's End.  On another day, I went to a take out dim sum place in Chinatown.  Both restaurants were delicious, and I ate too much. 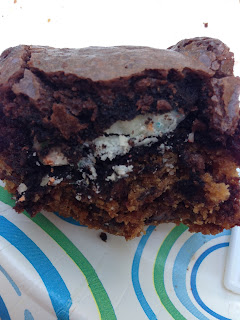 I also ate ice cream, Ghirardelli chocolate, and salt water taffy.  Needless to say, I need to get back to normal, healthier eating or I'll soon weigh the same as a cow. 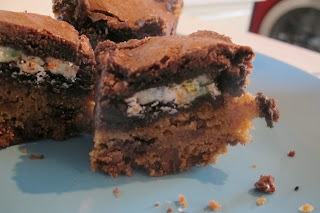 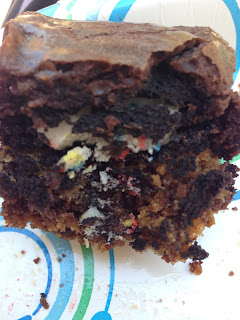 They are very decadent, rich and unhealthy.  The bar recipe came from myrecipes.com.  I made the recipe in a 9 by 13 inch pan instead of a 9 inch square pan.  I used a brownie mix instead of a scratch brownie recipe. 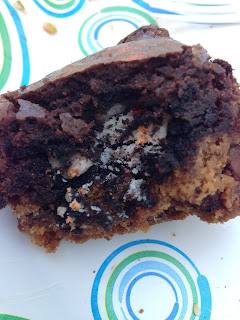 The brownie ingredients are 1 18.4 ounce brownie mix (family size), 2/3 cup oil, 1/4 cup water, and 2 eggs.  I used the ingredients directed on the back of the brownie box.  I also used a package of birthday cake Oreos.  Any type of Oreos would work.

I began with the cookie dough recipe.  I beat the butter, brown sugar, and white sugar together for three to four minutes.

I stirred in the salt, baking soda, baking powder, and flour.

I mixed in the chocolate chips. 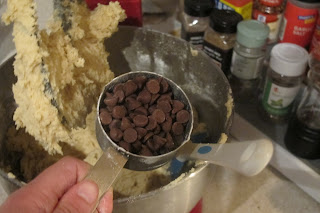 I spread three-fourths of the dough into a 9 by 13 inch baking pan that I had lined with parchment paper and greased. 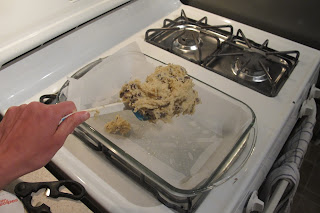 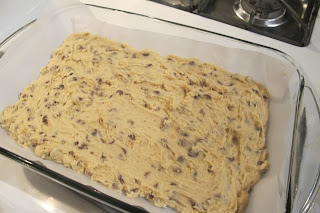 I covered the cookie dough with a layer of Oreos.

I made the brownies by combining the brownie mix, oil, water, and eggs.

I whisked the batter together. 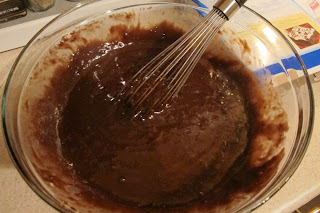 I poured the brownie batter over the cookie dough and Oreos.

I baked the brownies at 350 degrees.  The original recipe said to bake the bars for 30 to 35 minutes.  I baked mine for closer to 45.  It took a long time for the brownies to set.  I ended up covered the bars with foil for the last 20 minutes.

Despite baking for so long, the texture of the brownie and cookie layers was perfect.  The cookies were fully cooked and not crisp.  The brownies were fudge like. 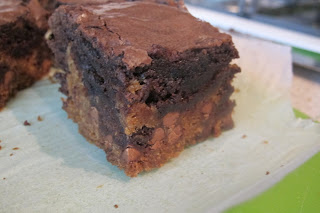 I let the bars cool completely before removing them from the pan and cutting them into squares.  These are decadent cookies, so small squares were big enough.

The cookie layer was butters, sweet, and chewy.  The chocolate chips were sweet and creamy. 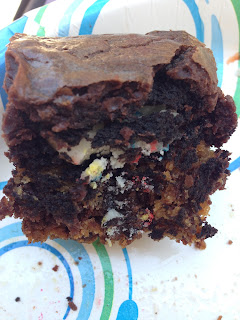 The Oreos soften in the bars.  They weren't crisp but soft.  They retain their characteristic Oreo flavor.      The birthday cake filling was desirable too.  The Oreo cookie layer was rich and chocolatey.

The brownie layer was dense, chewy, rich, and fudge like.  The texture was spot on.  I was afraid I was over-baking the bars, but everything was perfectly cooked. 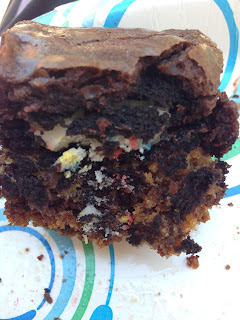 These were deluxe and lavish bars.  They were rich and decadent.  They pack a caloric punch, but they were delicious.  Sometimes you need to treat yourself. 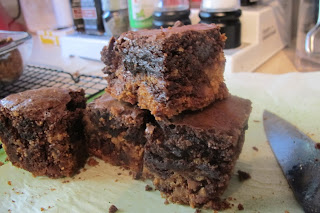 The edges were chewy and caramelized.  The insides were tender and soft.  They were a delectable and pleasurable dessert. 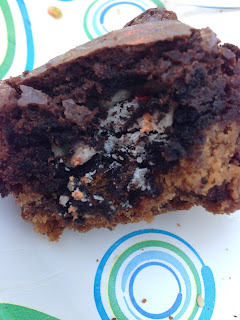 These brookies are right up my alley! Yum! Love the addition of the Birthday Cake Oreos!

San Francisco is one of my favorite cities to visit! Glad you had a great time! These brookies must have been a hit at the BBQ!

Thanks Kelly! It is a really fun city!