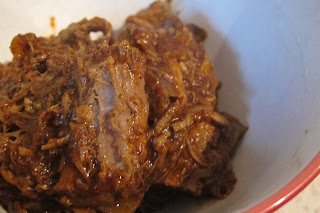 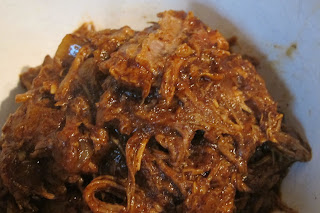 It was a long drive, but it was well worth the journey.  We went to a city names Newport, Rhode Island.  This city have many large, Gilded Age mansions.  Wealthy families would build these large homes just to enjoy during the summers. 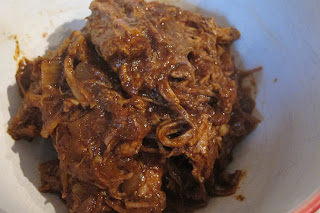 They would have elaborate and outlandish parties that would last the whole night.  They also had a house full of servants to maintain and clean their homes.  What an interesting way of living.  It was pleasant to view these elegant homes and enjoy the beautiful ocean views. 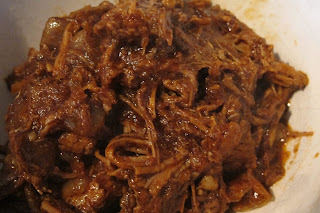 Barbacoa is a form of cooking that originated in the Caribbean.  In Mexico,  it refers to meat that is slow cooked over a fire.  It is often eaten in tacos with cilantro and onions. 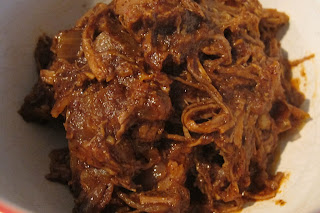 The recipe came from allrecipes.com.  I used garlic instead of garlic powder and red wine vinegar instead of white vinegar.  I also cooked it in the slow cooker longer than directed. 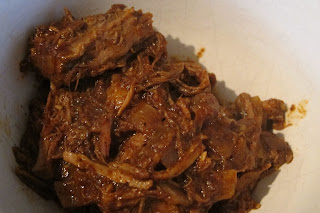 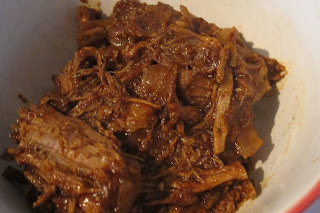 I placed the chopped onion, roast, bay leaves, black pepper, garlic, and vinegar in the slow cooker.  I cooked this on the high setting for almost six hours.  The recipe said to only cook it for four hours, but my roast was not tender after only four hours.

After six hours, I removed the liquid and shredded the beef.  I added the tomato sauce, chili powder, and salt.

I cooked the meat for another two hours. 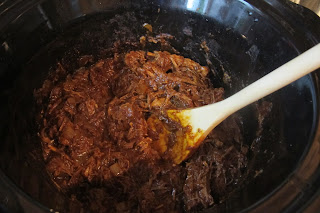 The meat was so tender.  It fell apart when I shred it with two forks. 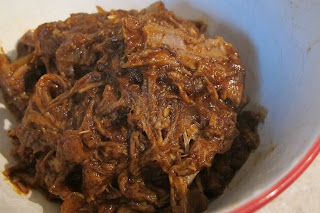 The flavor was robust and spicy. 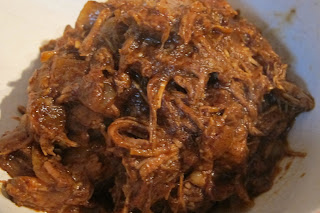 It has some tang, sweetness, and caramelization.

The meat had a deep and developed flavor.  It was savory and delightful. 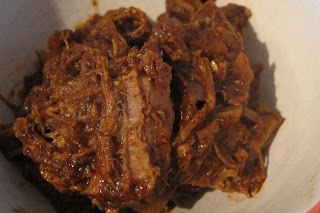 The texture and flavor was excellent.  It was succulent and satisfying.  I would make no alterations.  Yum! 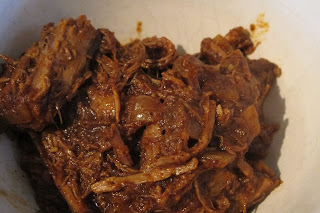