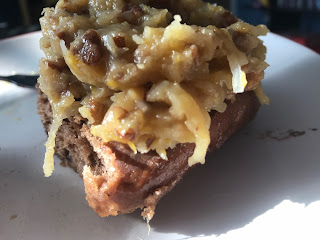 I have jury duty on Monday.  It is only the second time in my life that I have had jury duty. 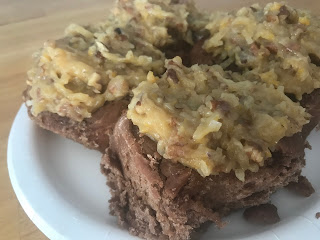 The first time, I wasn't selected to be on the jury.  I wanted to be selected so that I could have the experience.  This time I am a little busy at work, so I would prefer to not be selected. 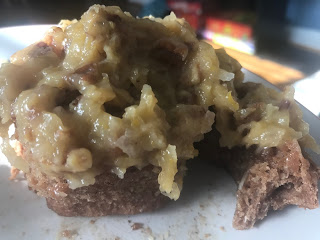 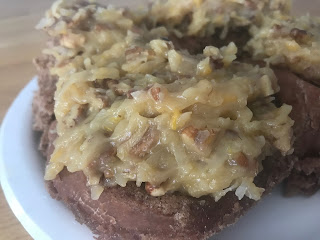 I made raspberry rolls with lemon glaze.  That was a delicious recipe.  I would recommend it.  One year I made cinnamon rolls for Christmas morning.  That was a wonderful Christmas treat! 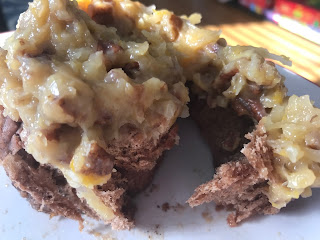 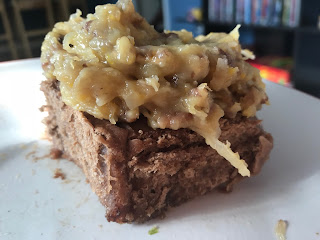 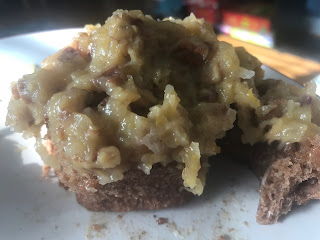 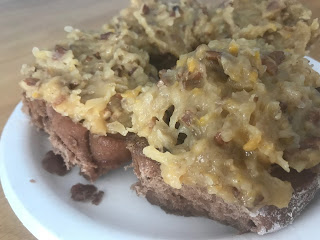 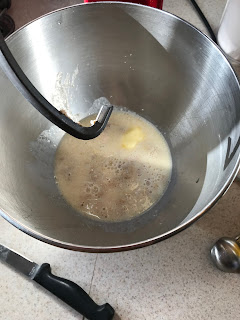 I then added one cup of flour, cocoa powder, sugar, salt, egg, egg yolk, and vanilla.   I mixed these ingredients together for a couple of minutes. 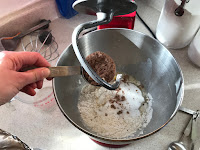 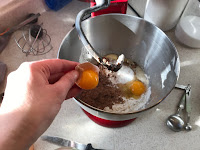 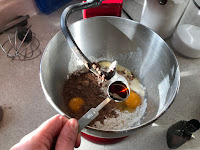 I gradually added the remaining flour until the dough started pulling off from the side of the bowl.  It became soft but still tacky dough.  I let the dough rise in a greased bowl until the dough doubled in size.  This took about an hour and a half. 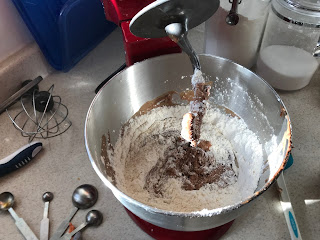 I rolled the dough out into a 15 by 10 inch rectangle.  I spread the softened butter evenly over the dough.  I then evenly sprinkled on the cinnamon and then the brown sugar. 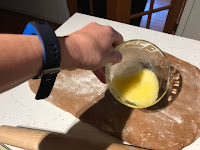 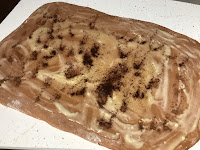 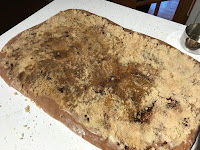 I rolled the dough up into a log and then cut it into 12 equal slices.  I let the dough rise again for about an hour.  It doubled in size again.  I baked the cinnamon rolls for 25 to 30 minutes at 350 degrees. 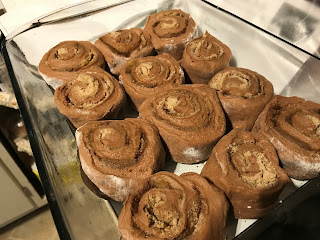 I made the frosting while the dough baked.  I added the egg yolks, sugar, butter, and evaporated milk into a saucepan.  I heated the ingredients over medium heat until it became to boil and the frosting thickened. 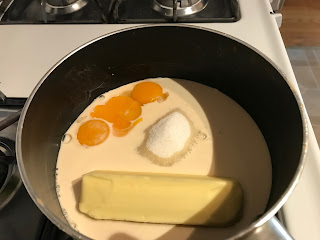 I mixed in the coconut and pecans.  I put the frosting into the refrigerator until the cinnamons were finished baking. 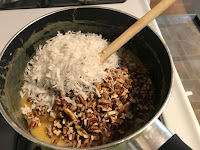 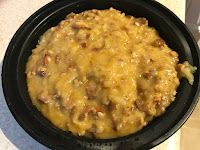 I let the cinnamons cool for ten minutes after I removed them from the oven.  I then smothered them with the frosting. 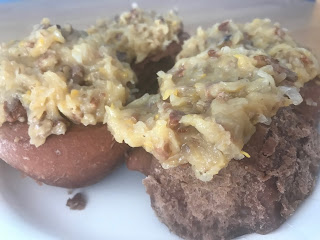 These were very decadent and scrumptious cinnamon rolls.  The bread was soft and tender with the light chocolate flavor.  The filling was sweet and warming. 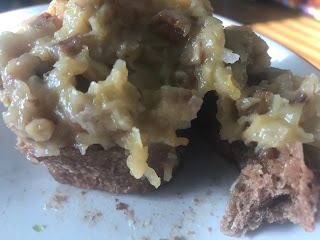 The frosting was the best part.  It was thick and custardy.  It was chewy and crunchy.  There was some frosting left over, and I ate it by the spoonful.  It was rich because delicious. 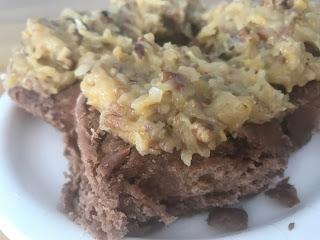 This was a wonderful and mouthwatering recipe.  I give it two thumbs up! 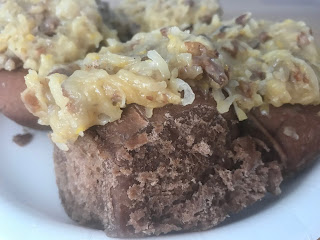