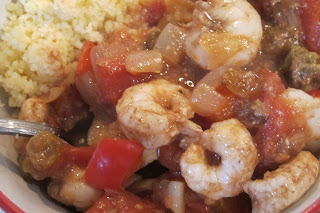 This dish may not look like much, but looks can be deceiving.  It made a scrumptious, though rather plain, meal. 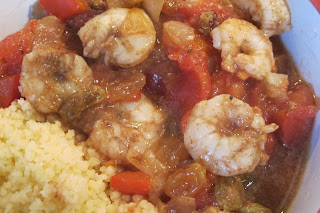 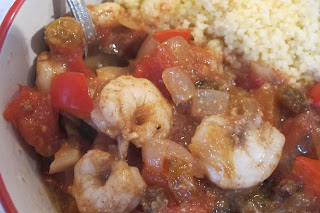 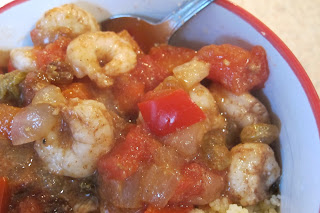 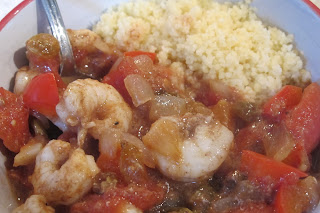 This shrimp recipe came from Real Simple.  I made it exactly as directed. 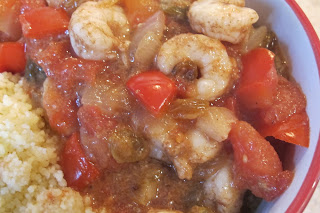 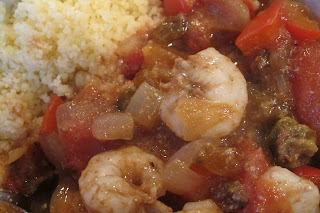 I prepared the couscous according to the package's instructions. 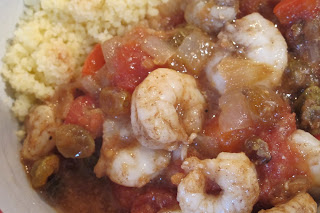 I added the oil to a pan over medium heat.  I added the onion, 1/2 teaspoon salt, and some black pepper.  I cooked the onions for about five to seven minutes. 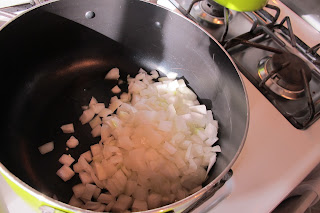 In a bowl, I combined the shrimp, cumin, cinnamon, more black pepper, and lemon juice.

Once the onions were softened, I added the chopped bell pepper and raisins.  I cooked this mixture for four minutes.

I chopped the tomatoes and added them to the pan.  I cooked the ingredients for another three minutes. 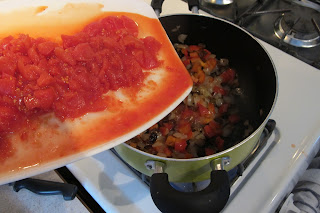 I added the shrimp and cooked the mixture for another three minutes.  The shrimp were completely cooked. 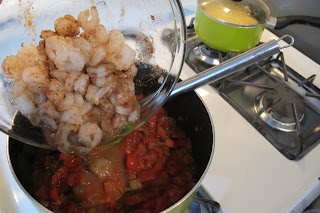 I served this over the cooked and fluffed couscous. 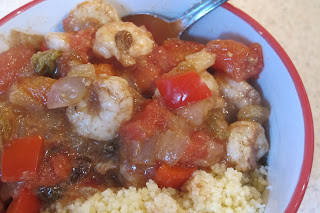 The spices were warm, automatic, and enticing. 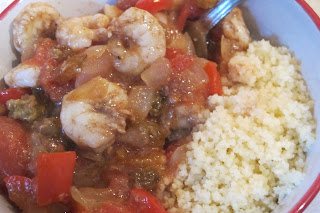 The shrimp was tender and not chewy.

It had depth of flavor.  There was some acidity, savory, and sweet flavors. 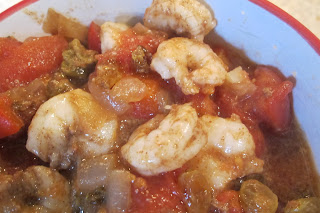 The ingredients are simple and commonplace, but the taste was a little exotic. 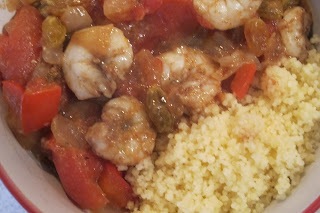 It was a satisfying and appealing dish.  I would make it again.  It was very delicious. 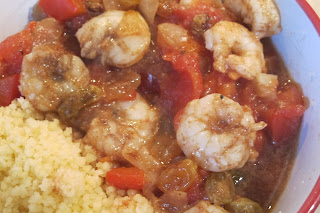