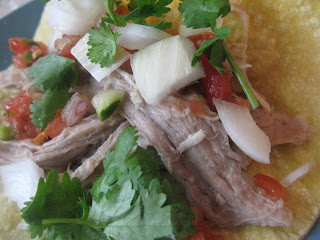 Last week I was in San Diego for a conference.  It is a beautiful town, and I enjoyed myself thoroughly.  I ate Mexican food every day.  A former classmate suggested I try a restaurant that happened to be a couple of blocks from my hotel. 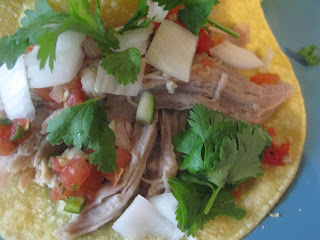 There was a long line of customers waiting.  They had a simple menu: tacos, tamales, and rolled tacos.  Everything was greasy and delicious.  I ordered a tamale filled with carnitas, among other things.  The meat was tender and flavorful. 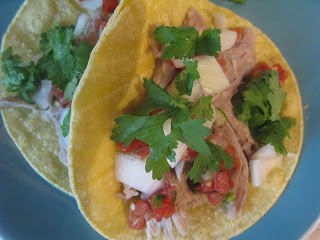 These tacos were my attempt to recreate the amazing Mexican food I ate in San Diego.  Carnitas means little meat in Spanish.  The dish is originally from Michoacan.  Pork is braised or boiled in lard for several hours until tender. 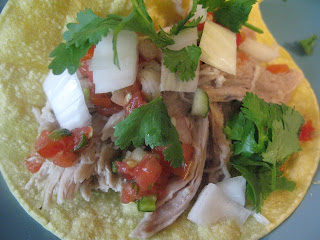 It is traditionally boiled in a thick copper pot.  After the meat is falling apart, cooks turn the heat up so the outside of the pork browns and crisps. 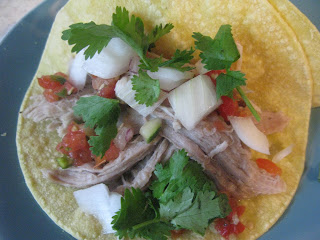 A fatty, marbled cut of pork is used.  I found this carnitas recipe on allrecipes.com. 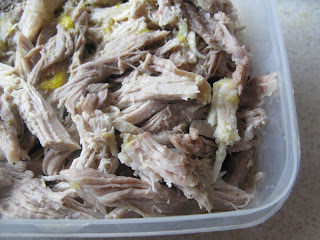 I cooked the pork in a slow cooker instead of a copper pot.  I also boiled the meat in water instead of lard.  The water makes the dish much healthier but less tasty.  I can't deny that the restaurant's canitas was superior to mine.  I added cloves and a little brown sugar to the original recipe. 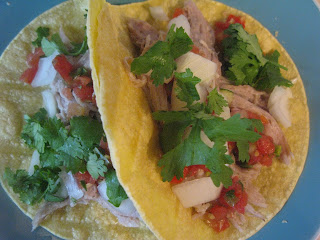 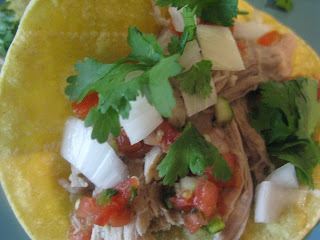 I placed the onion at the bottom of the crock pot. 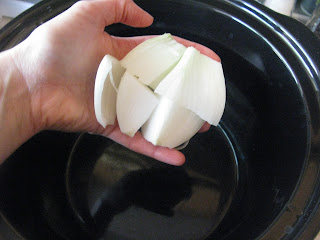 I placed the pork on the quartered onion and covered the tenderloin with the oranges. 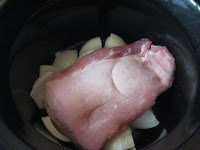 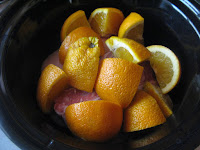 I added the garlic, cumin, bay leaves, cloves, and salt.  I like salt so this amount was good for me, but you are trying to watch your sodium you could reduce the amount of salt in this recipe. 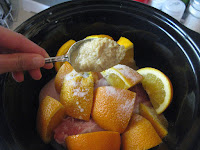 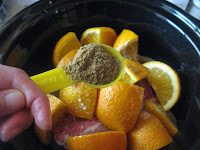 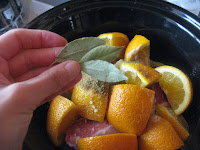 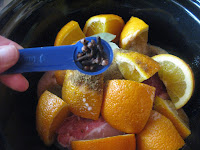 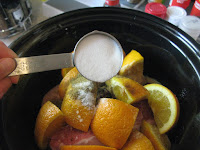 I covered the meat with water and added pepper and brown sugar. 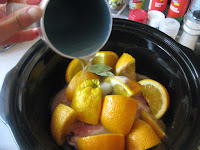 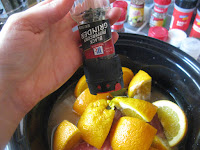 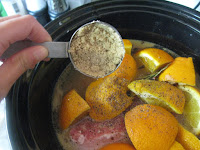 I cooked the meat for 4 hours at high to medium heat.  I let it cool for about an hour in the pan before shredding it with two forks. 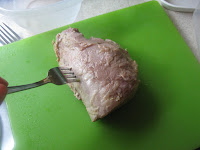 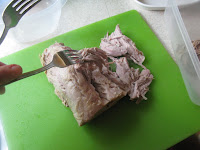 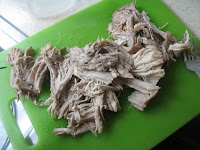 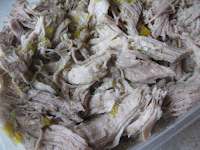 The meat was succulent and tender.  The flavor was savory and toothsome. 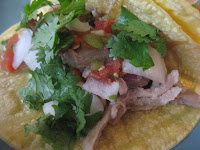 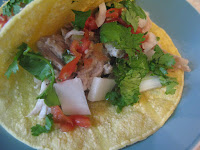 I should have cooked the meat in a little oil on the stovetop to give it a crunch exterior.  It was delicious, but not as mouthwatering as the restaurant's carnitas.  I think cooking it in fat adds  flavor. 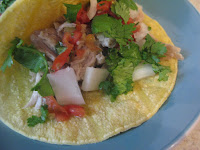 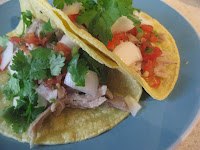 I used the pork to make tacos, which were fresh and satisfying.  It 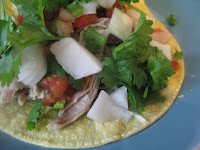 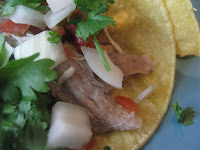 I love San Diego! Such a beautiful city! You can never go wrong with Mexican food -- especially carnitas!

Mexican food is always a winner at our house. Love carnitas, making them in the slow cooker is such a great idea!