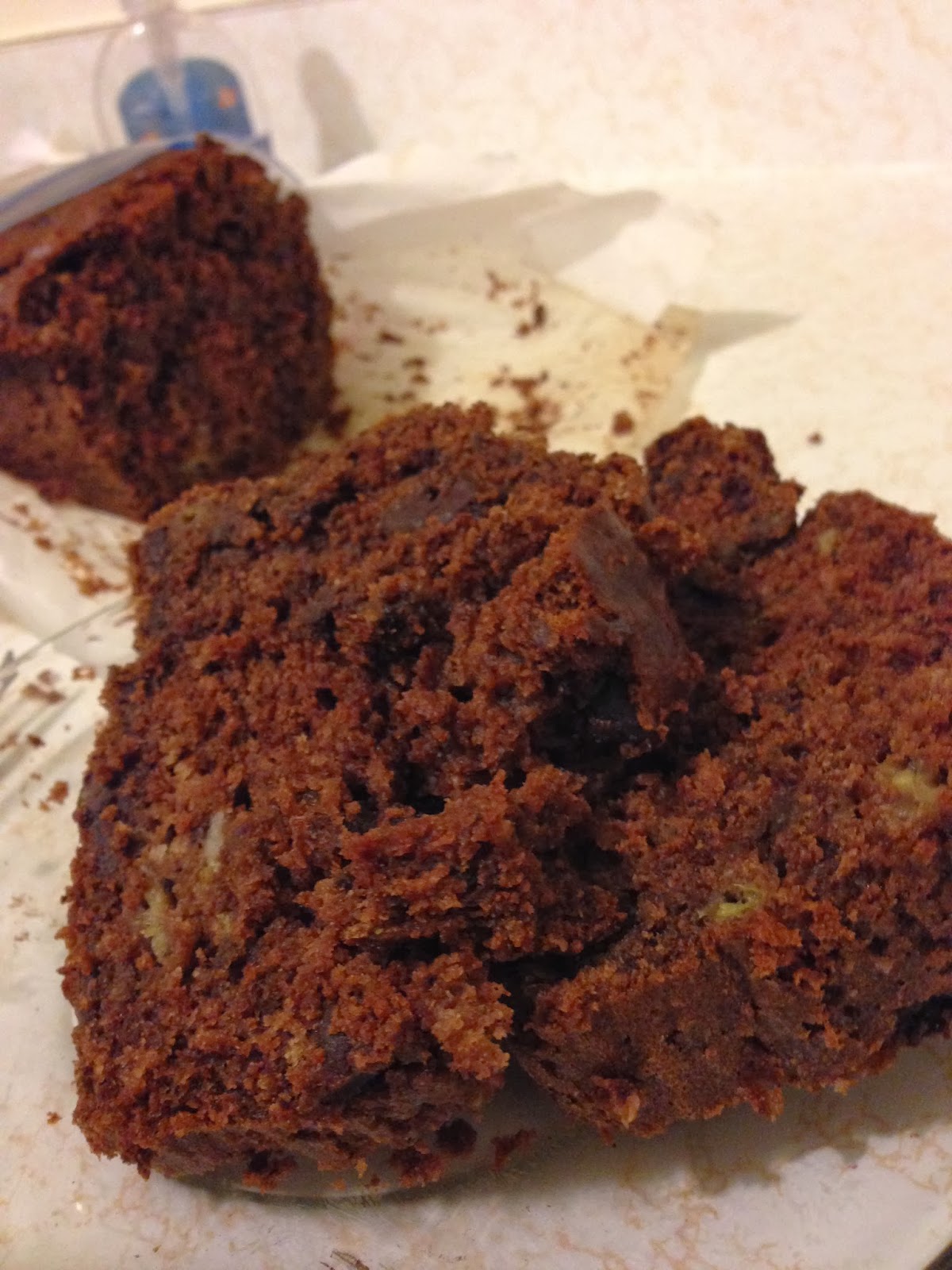 I made this bread on Monday.  I didn't work because it snowed for half the day.  Having a snow day isn't good for my health. 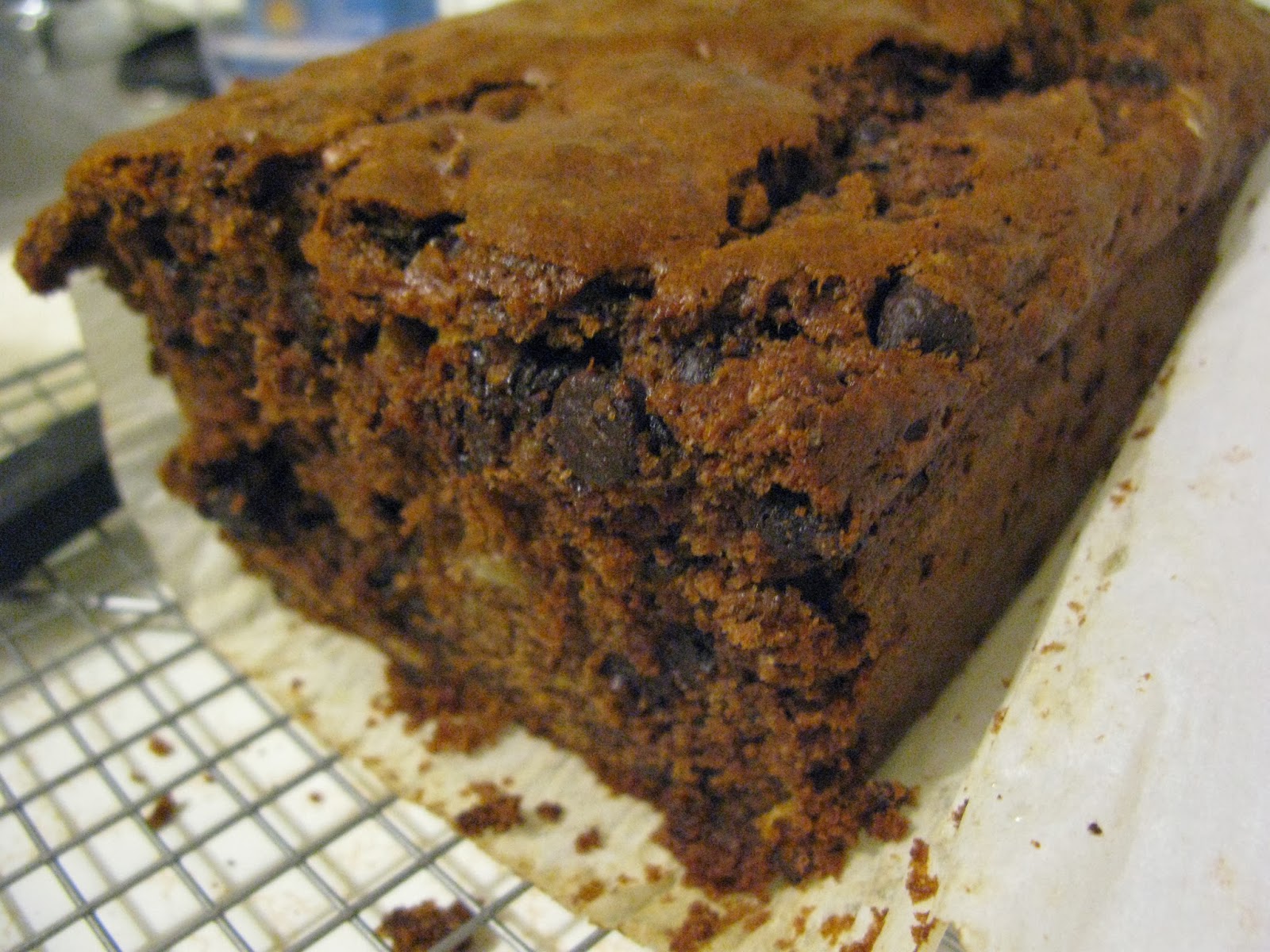 I was stuck inside all day with three brown bananas.  What could I do? 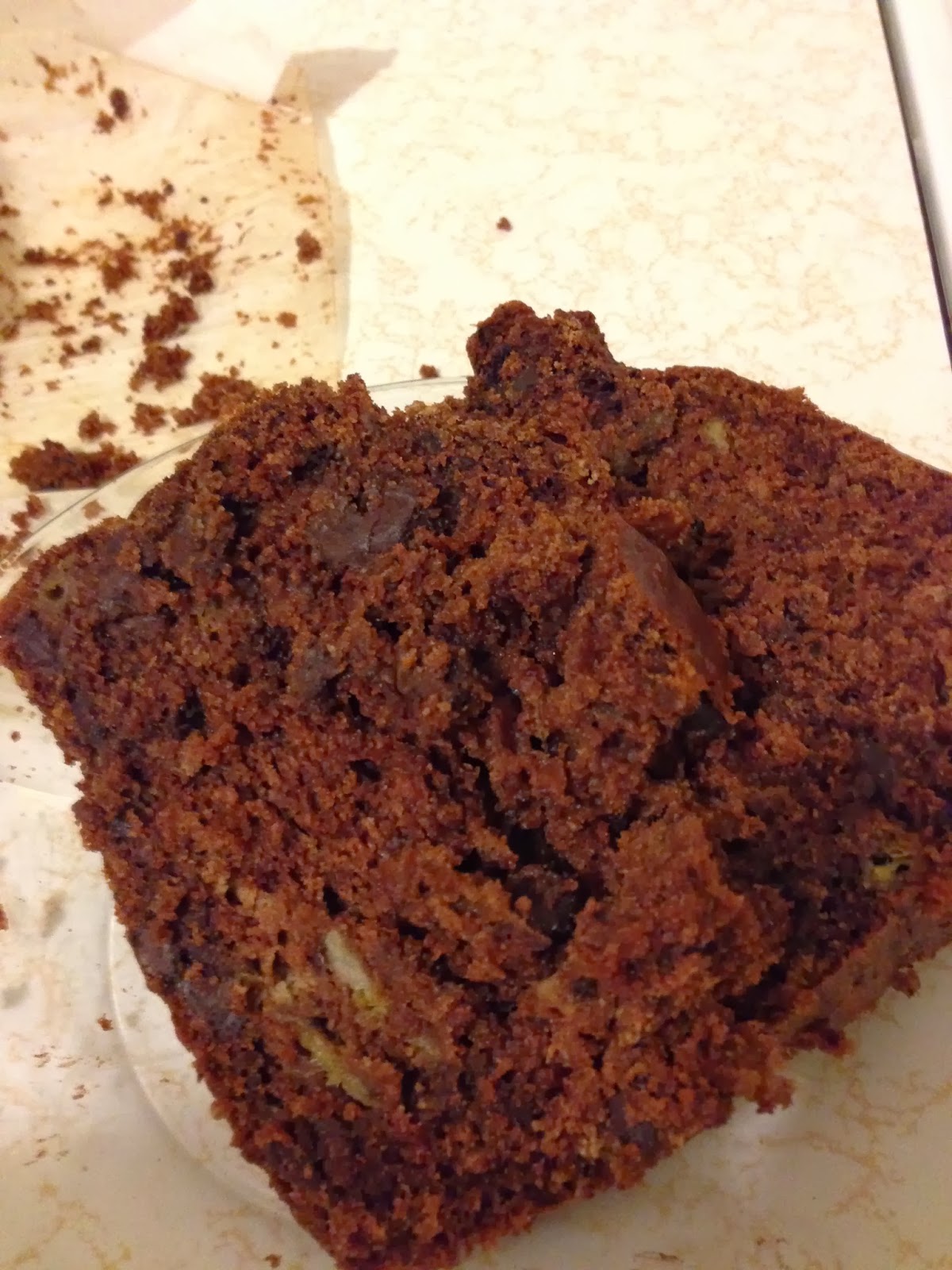 Banana bread recipes began being published in the US during the Great Depression so thrifty home cooks didn’t have to throw away brown bananas.  Necessity is the mother of invention! 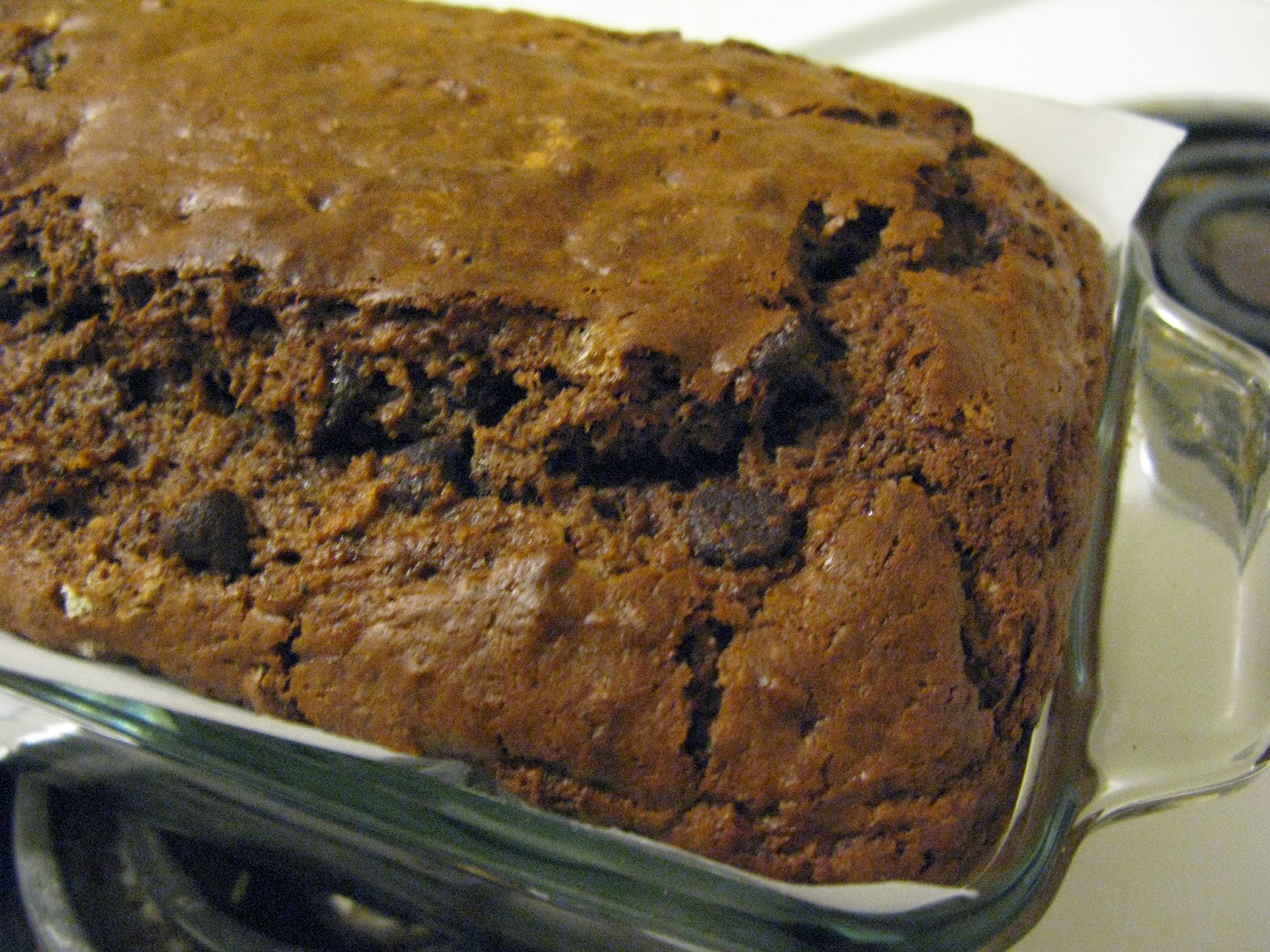 I didn’t intend to make as many alterations to this recipe from food network as I did. The addition of the coco powder, peanut butter, and chocolate chips was intentional. I incorrectly read 1 cup of milk instead of 1 tablespoon, and I grabbed a ½ tablespoon measuring spoon instead of a teaspoon. Despite all these changes, it turned out great! 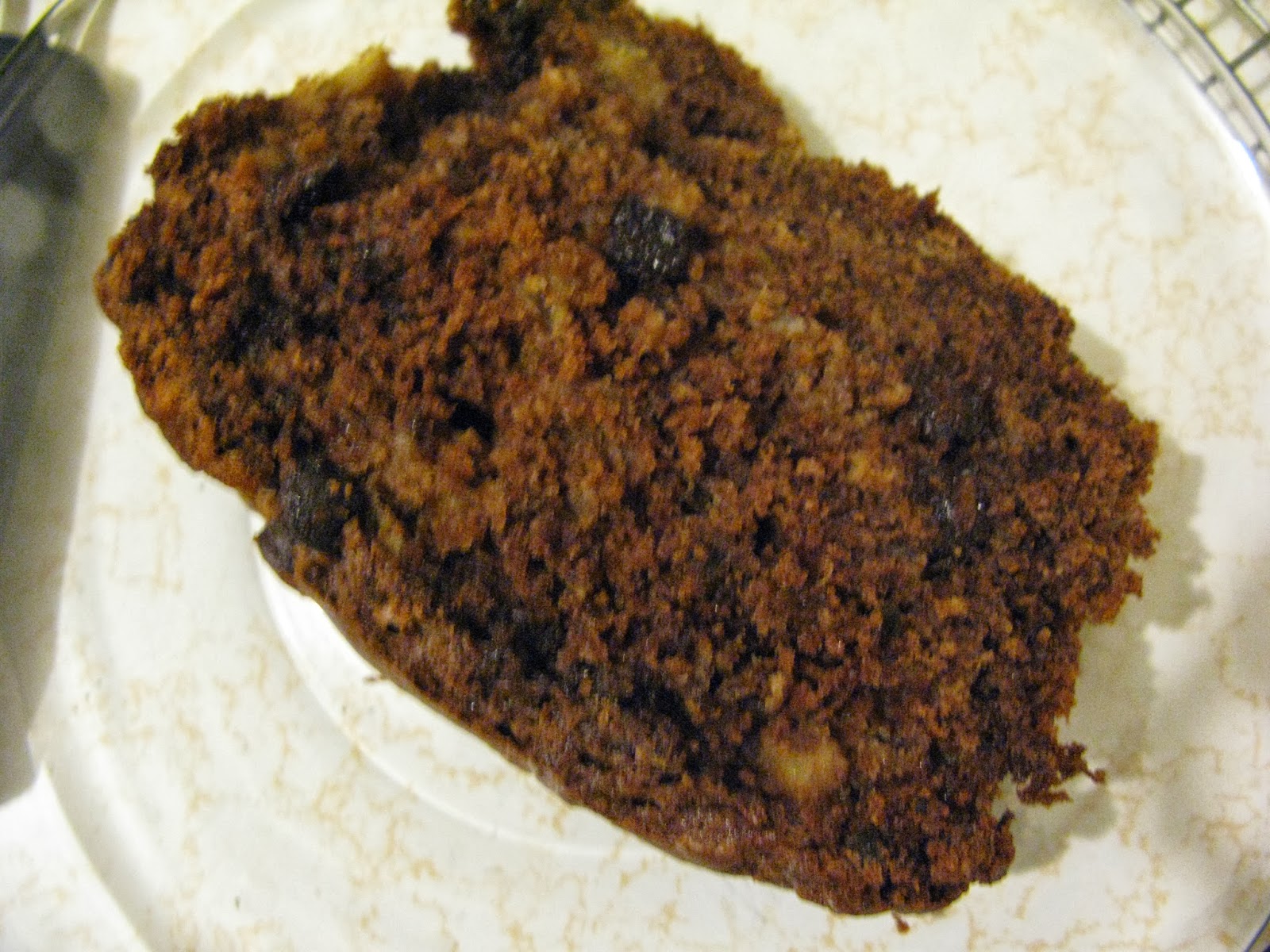 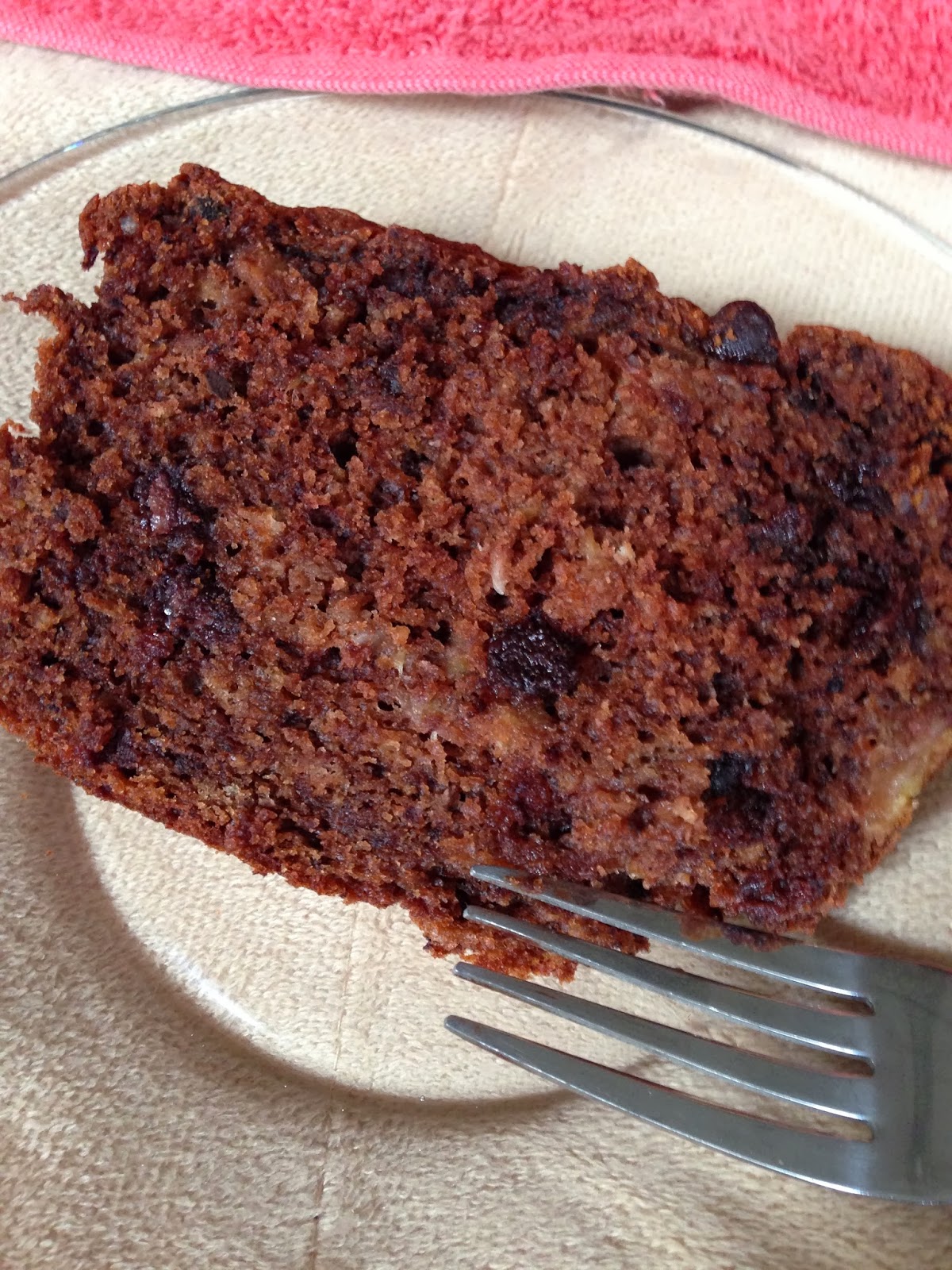 I creamed together the sugars and butter.  I should have added the peanut butter at this time, but ended up adding it later on. 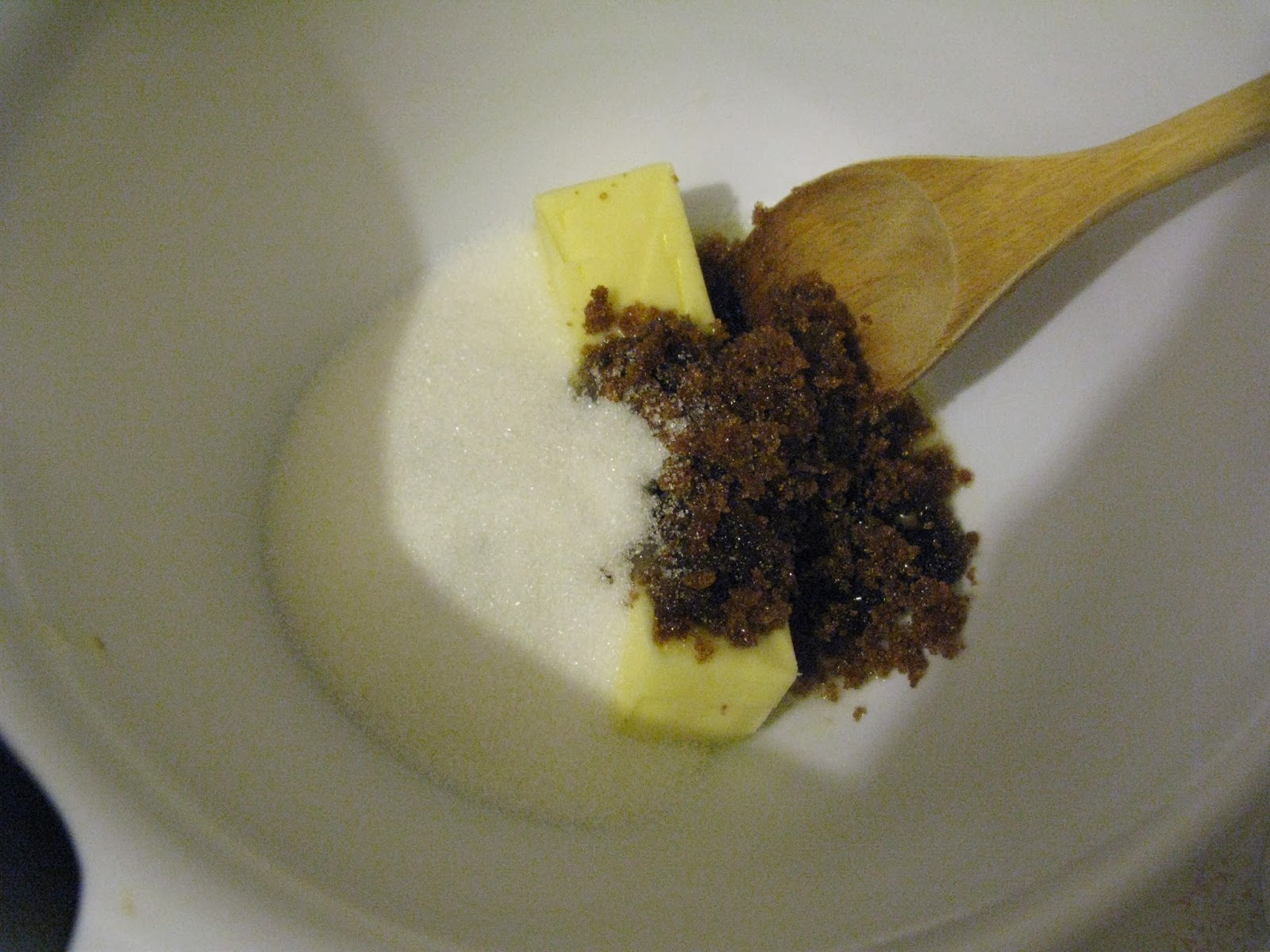 I added the eggs one at a time. 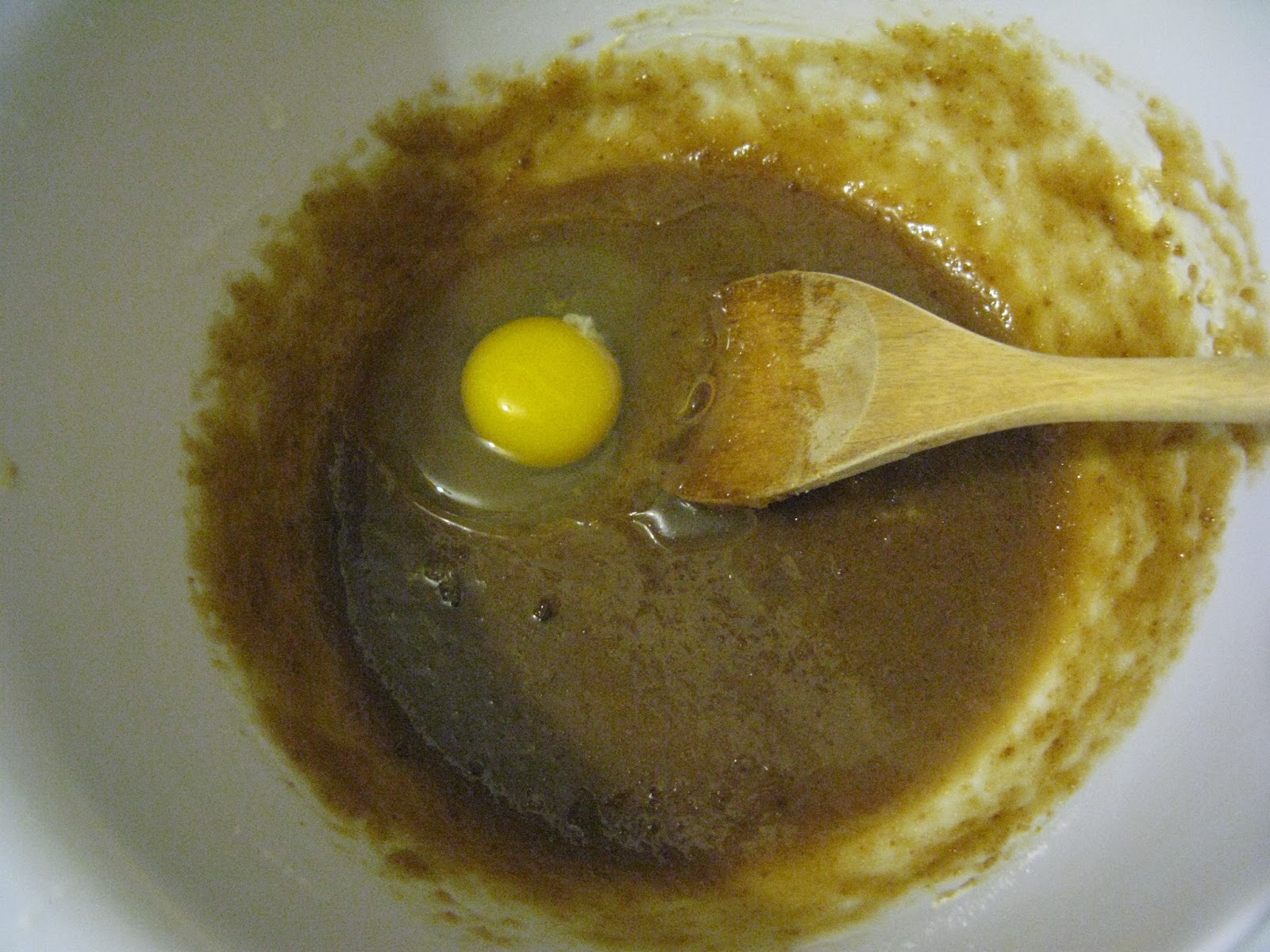 I added the peanut butter, which I should have added with the butter. 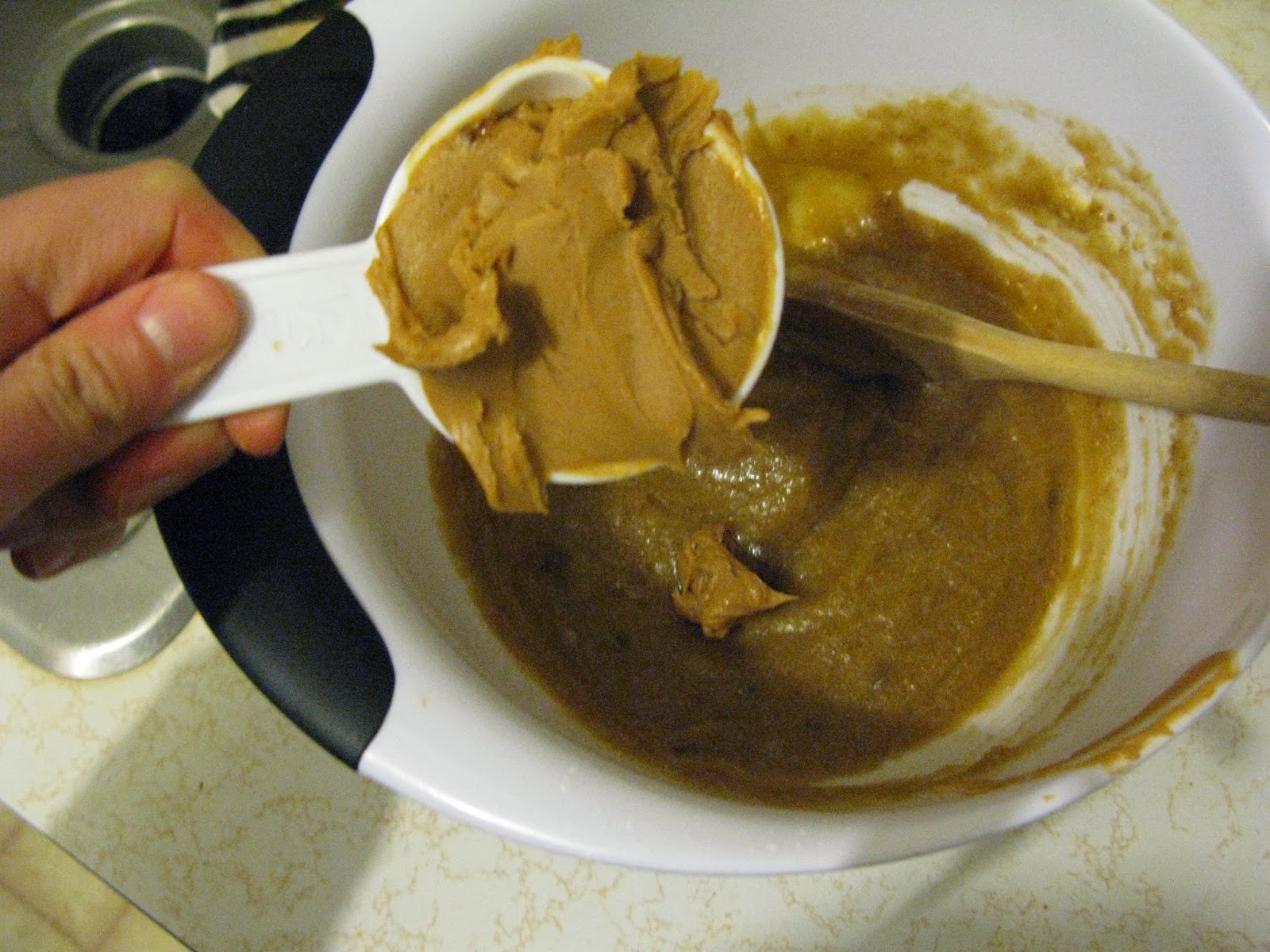 I mashed the bananas and combined them with the cup of milk. Like I said earlier, the recipe actually called for one tablespoon instead of a cup. My bread turned out amazing and moist, but it probably took longer to bake.  I added the banana mixture to the creamed butter and sugar. 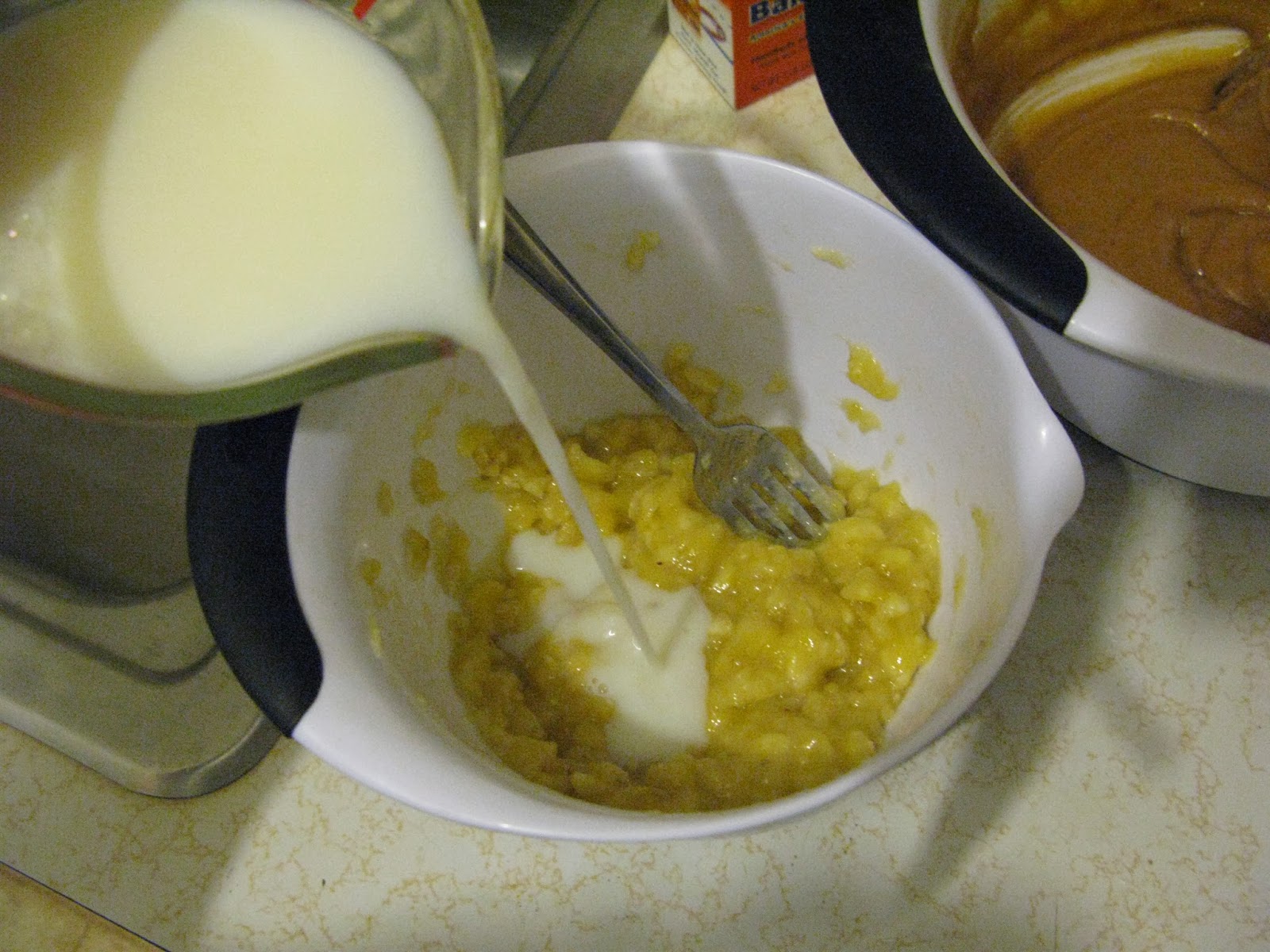 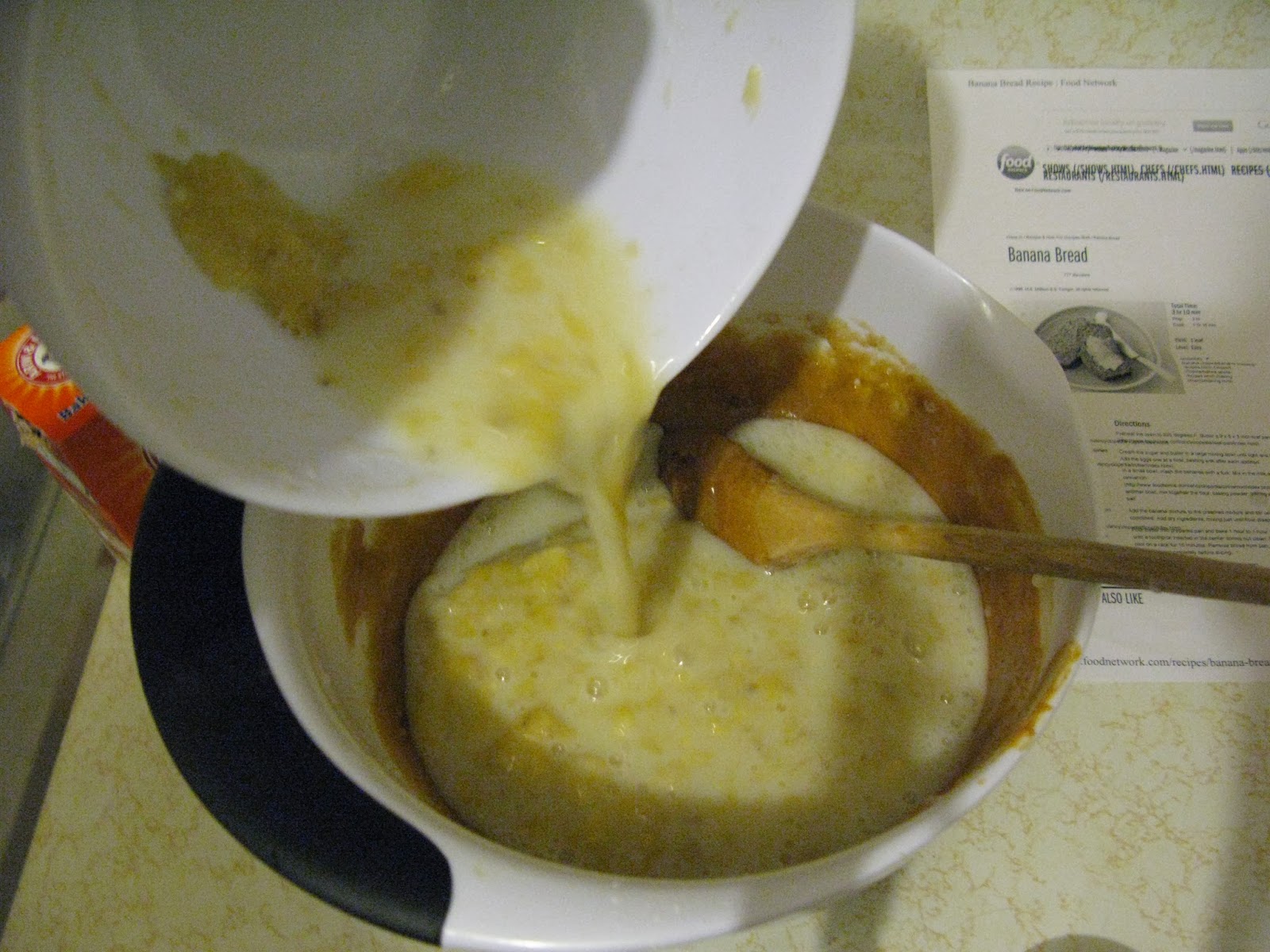 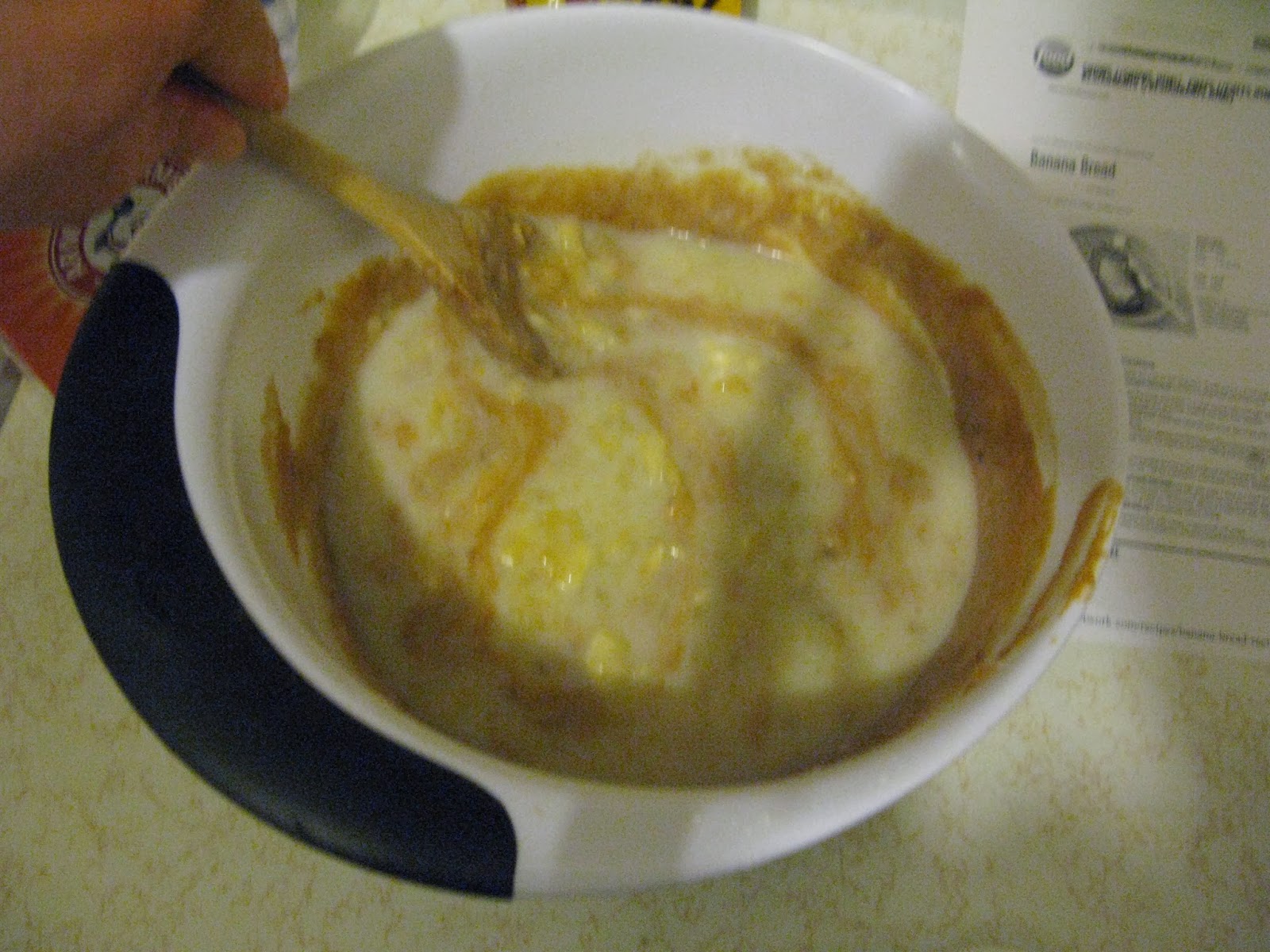 I added the coco powder, flour, baking powder, baking soda, and salt. I added more baking soda and baking powder accidently, but it worked out. The bread rose well, and it didn’t sink at all while cooling. 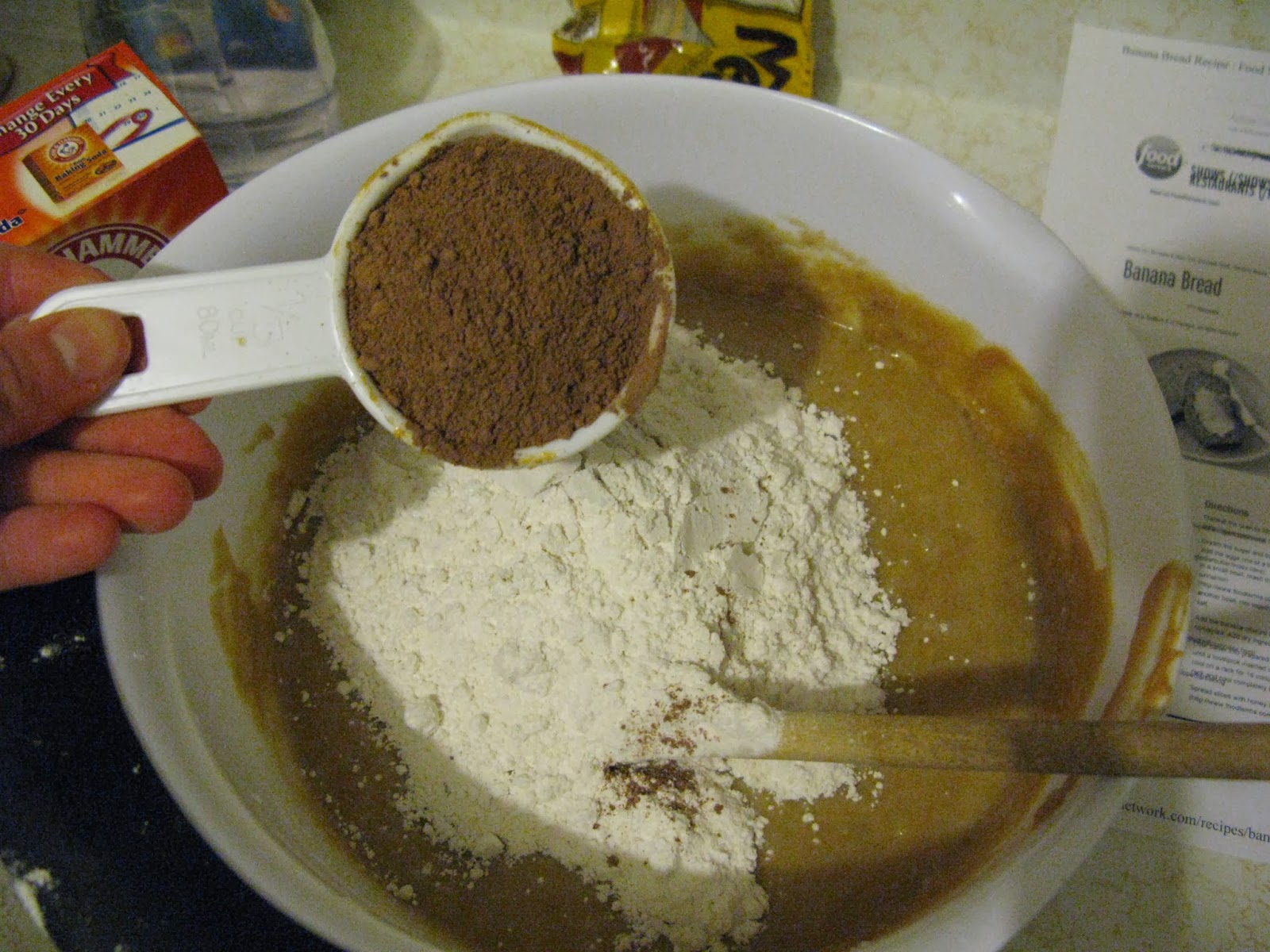 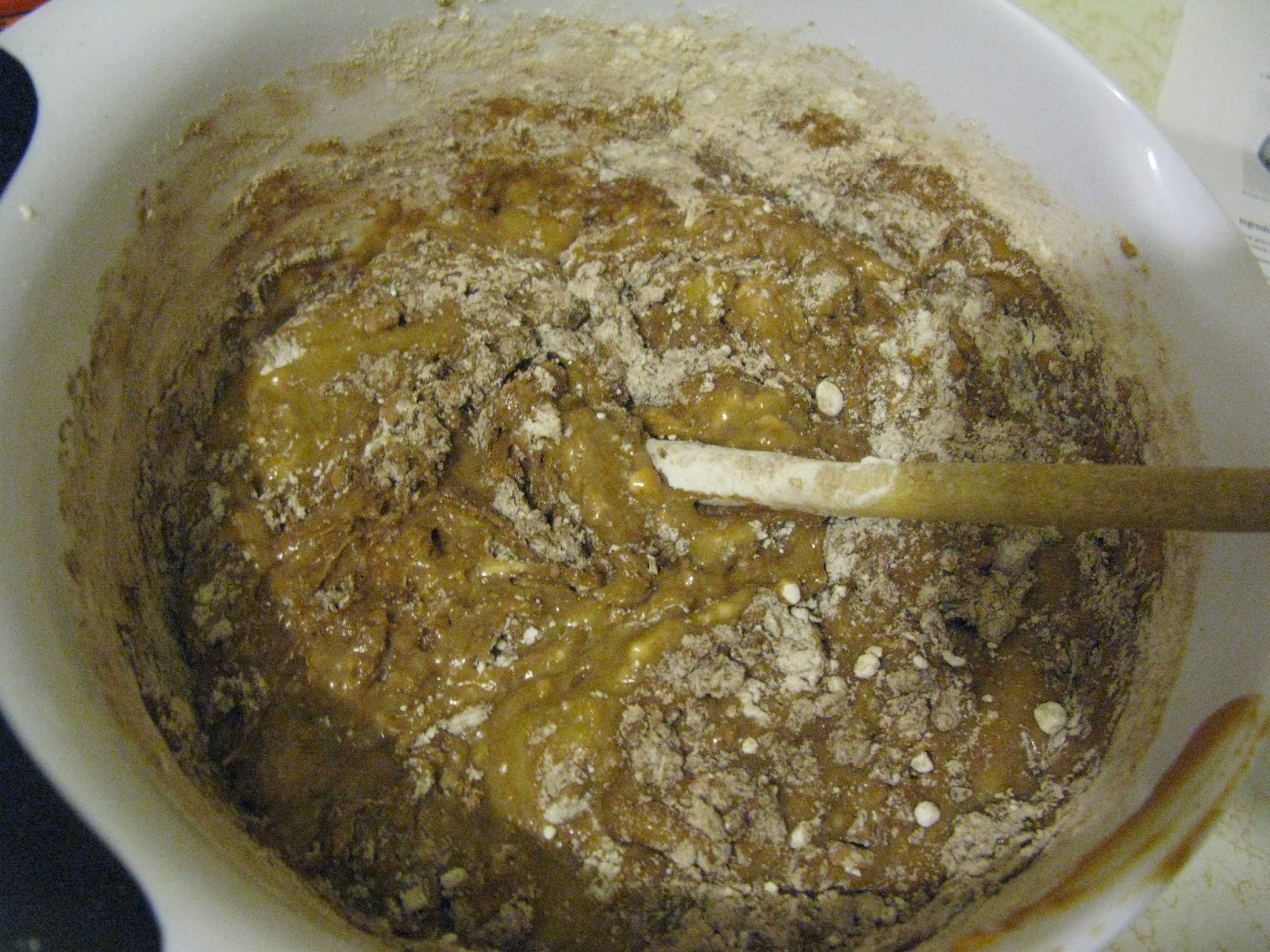 Before it was completely combined, I added the chocolate chips. 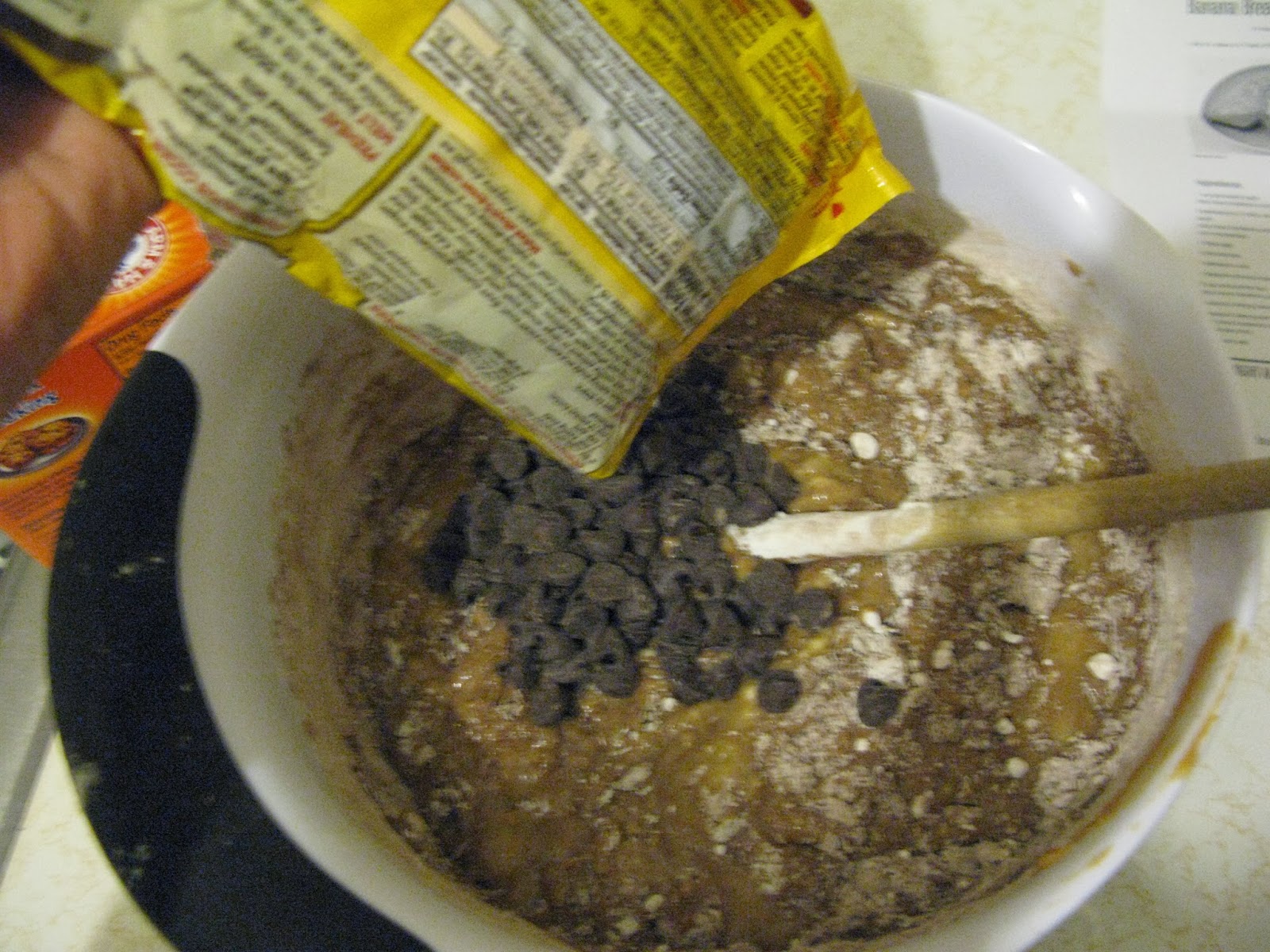 The unbaked batter was also tasty. I poured the batter into a 9 by 5 inch loaf pan lined with parchment paper. I baked the bread for 70 minutes at 325 degrees F. I have a terrible tendency to under bake things when I’m using this loaf pan, but this time it was perfectly cooked. I have a glass pan, so if you have a metal pan, I would bake the bread a little less. 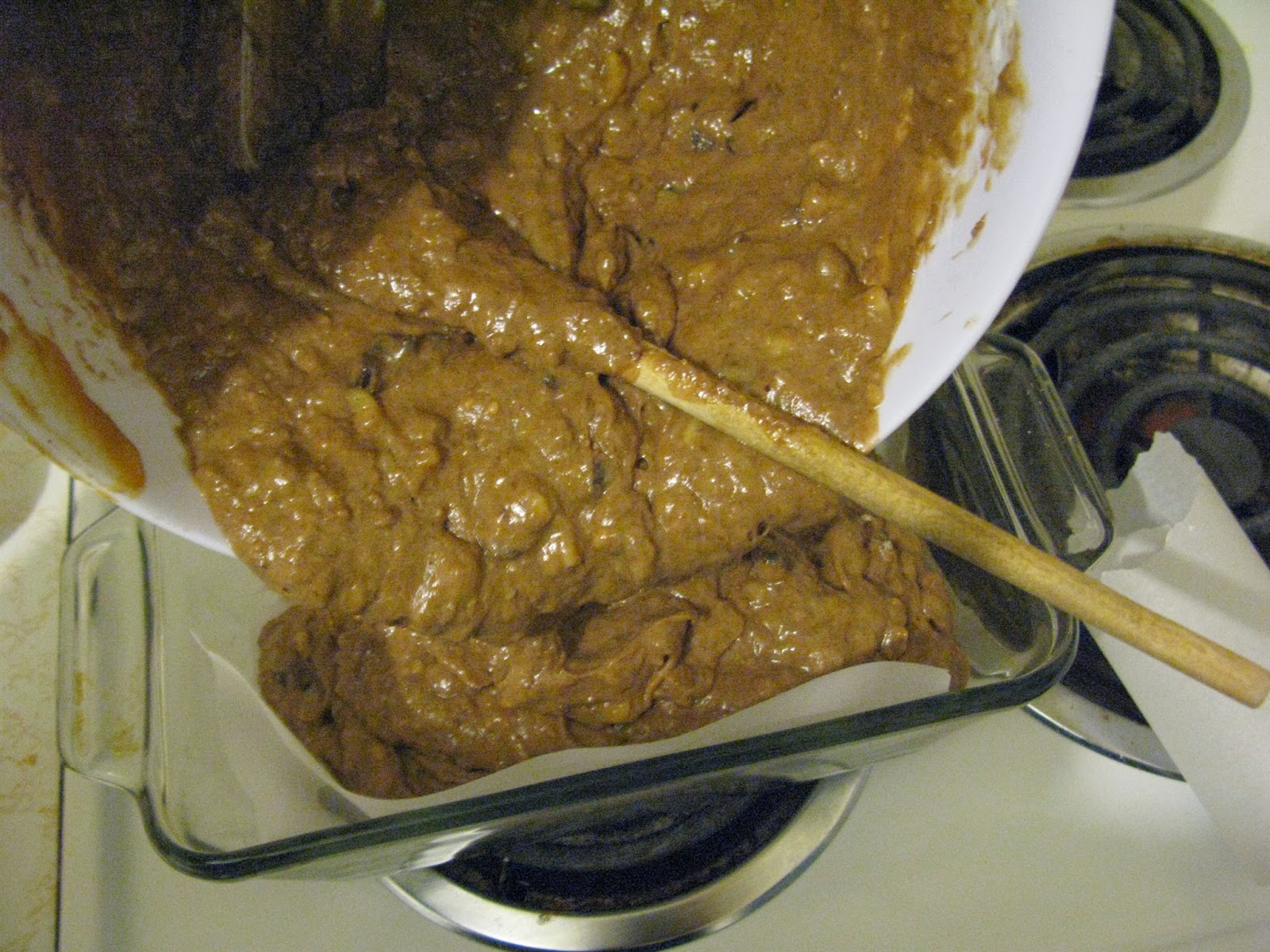 This was a soft and moist banana bread.  Because of the chocolate and peanut butter, the banana flavor was subtle.  The chocolate wasn’t strong either, but the banana would have been lost if I added more coco powder. 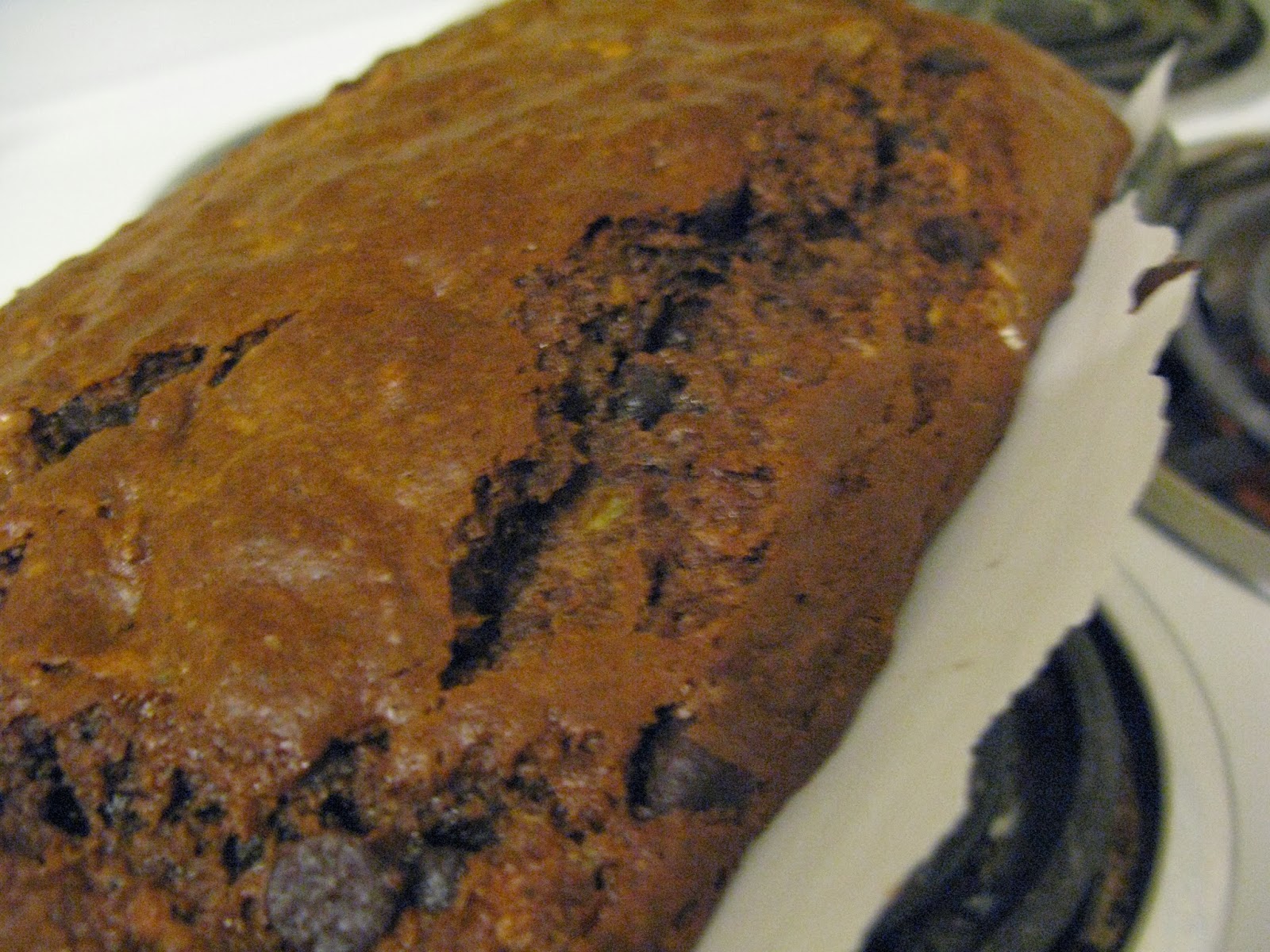 The peanut butter was a little too weak. Next time I make this, I will add a ½ cup of peanut butter. Besides this, I was very pleased with the results. Delicious! 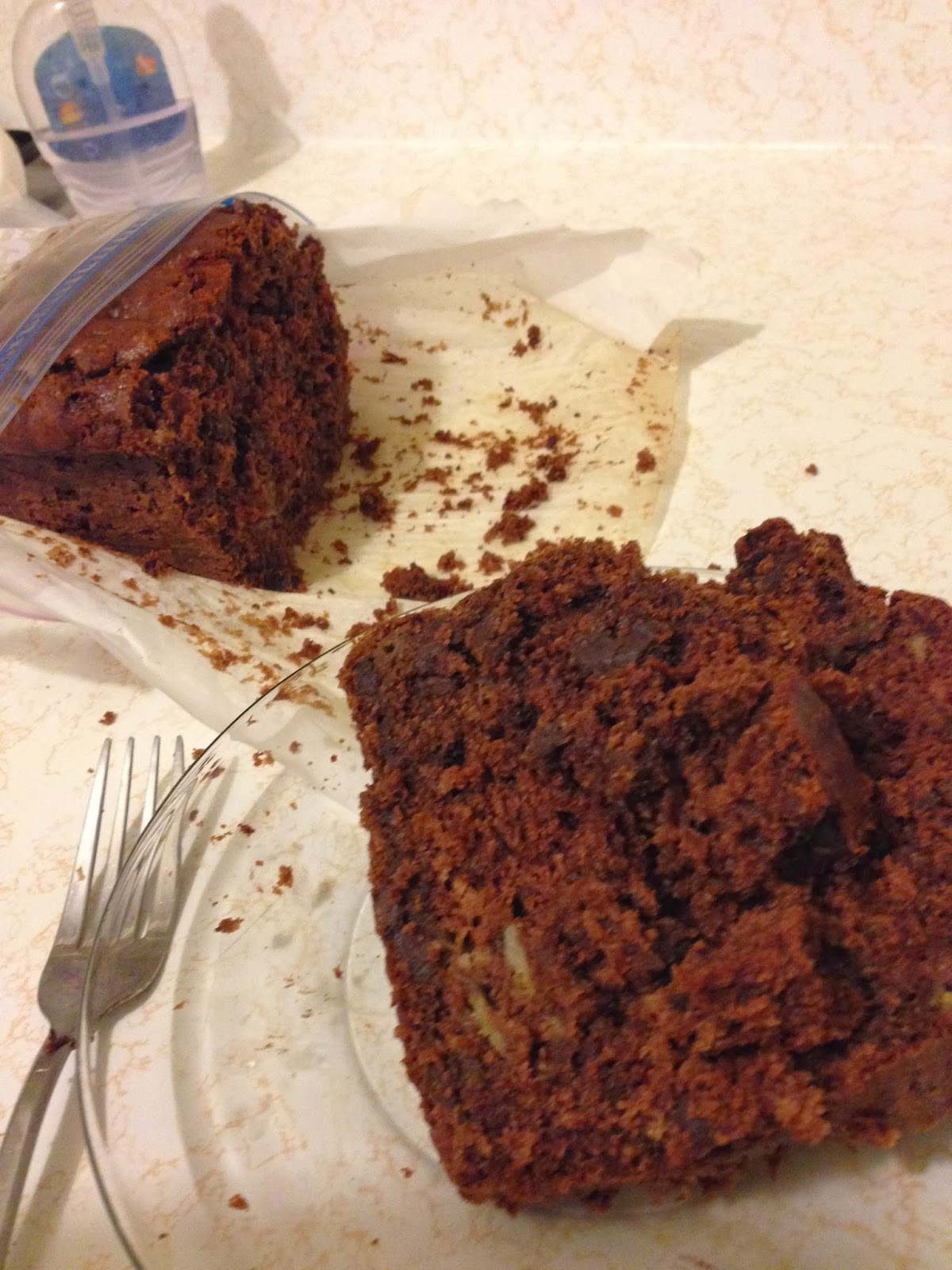