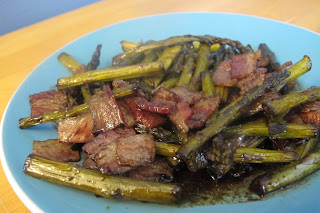 I like my vegetables with bacon.  I recently posted a recipe for Brussels sprouts and bacon.  When I was growing up, I would eat asparagus with Miracle Whip.  I remember it was tasty. 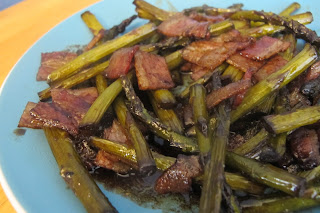 I haven't posted many recipes with asparagus.  I have an asparagus and sugar snap pea recipe with chili orange oil.  Over two years ago I made roasted asparagus and Brussels spouts in an orange vinaigrette.   I made a steak and asparagus salad, which was wonderful. 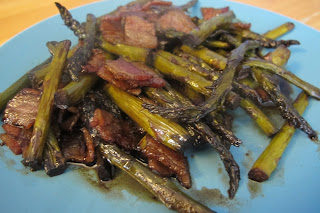 Asparagus is a perennial plant that is native to Europe and northern Africa.  We eat the stems of the plant.  It produces small red berries or fruit that are poisonous to humans. 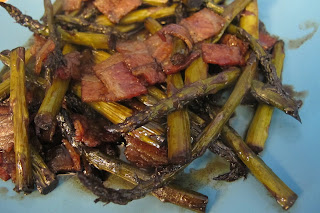 There is an ancient Egyptian frieze dating back to 3000 BC that shows an asparagus offering.  There is a recipe for cooking asparagus in the oldest surviving cookbook, De re coquinaria. 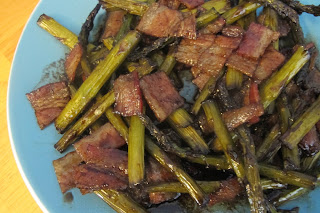 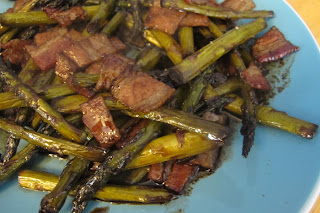 The ingredients for this recipe are 6 strips bacon, 1/2 cup balsamic vinegar, 1 tablespoon honey, 1/2 teaspoon salt, and 1 bunch asparagus.  I also cooked the asparagus in the residual bacon fat and a little extra salt. 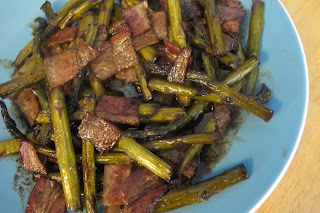 I added the balsamic vinegar, honey, and salt to a saucepan.  I brought it to a boil and let it simmer for about 20 to 30 minutes. 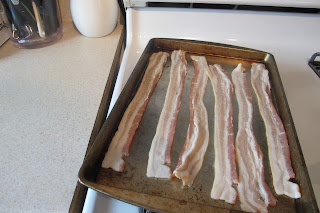 This was a flavorful and savory dish.

It has some acidity and tang.  It has a bit of sweetness from the honey too. 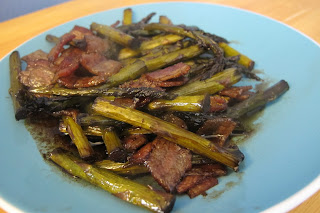 The flavors was developed and delicious.  The glaze has caramelized and thickened. 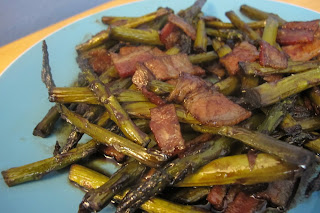 The bacon was smokey and aromatic. 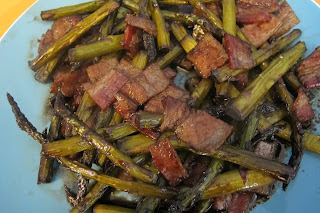 The asparagus was tender with crisp and caramelized edges. 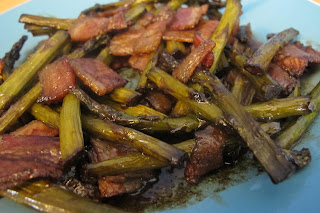 This made an appetizing and scrumptious side dish. 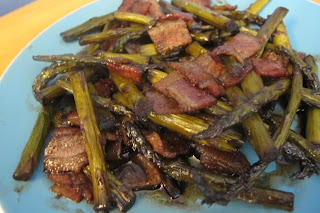