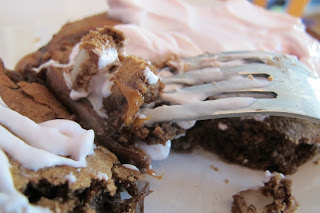 For a few years, I have been trying to learn Mandarin.  It has been a slow process.  Sometimes my enthusiasm wanes.  Sometimes I take classes, do language exchanges, meet with a tutor, or use a computer program to study. 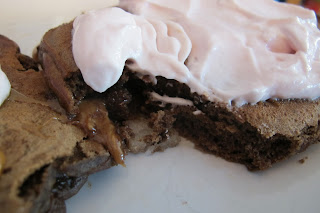 Last Saturday I went to a Chinese conversation meet up group.  The meeting lasted two hours.  It was a kick in the pants.  It was very humbling.  My brain was tired afterwards. 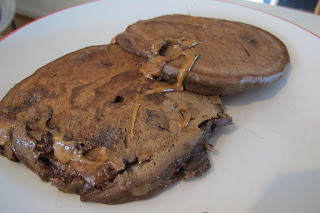 It was so ruthless that I decided to treat myself to a matinee right afterwards.  I saw the new Ghostbusters movie.  It was fun and lighthearted.  I thought the characters were hilarious.  I don't think the movie will win any awards, but it was good, clean fun. 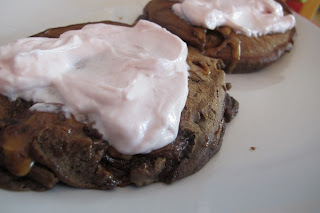 These pancakes are loaded with dried chunks of coconut and Milk Duds.  They were unhealthy and decadent, which is my kind of breakfast.  Chocolate and caramel are my favorite combinations. 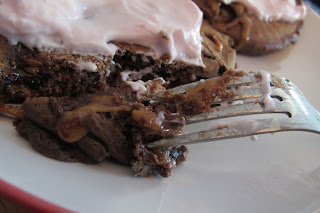 Caramel is made by heating sugar to around 340 degrees.  The sugar molecules break down and reform.  Caramel candy is made by boiling milk or cream, sugar, vanilla, and butter. 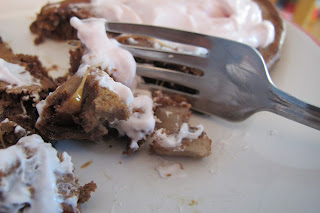 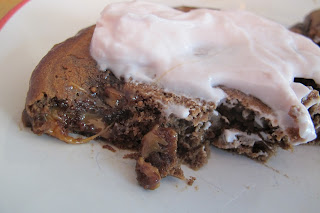 For these pancakes, I added dried coconut strips.  These were larger pieces of coconut that had been lightly sweetened.  I bought them at Trader Joe's. 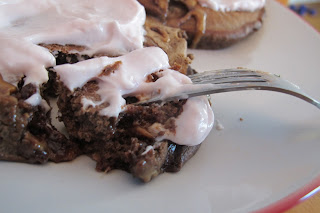 I also added Milk Duds.  I placed them in the fridge before adding them to the batter because I didn't want them to melt too much in the pan.  I don't think it helped much.  Maybe I should have frozen them.  They were very gooey in the hot skillet. 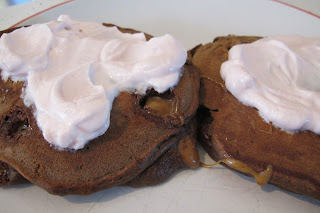 I whisked together the milk, egg, and melted butter.

In another bowl, I combined he flour, cocoa powder, sugar, baking soda, and salt.

I mixed the dry ingredients thoroughly. 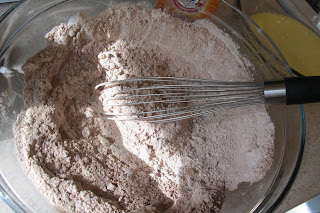 I stirred together the dry and wet ingredients. 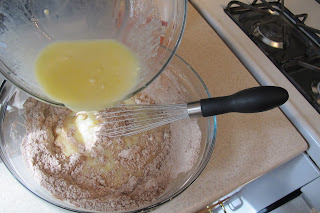 I mixed in the dried cocoanut strips and the Milk Duds.

For each pancake, I scooped about a third of a cup of the batter into a greased and hot skillet. 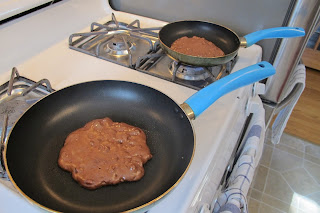 I flipped the pancakes when bubbled formed in the center of the pancakes, and the edge looked a little dry. 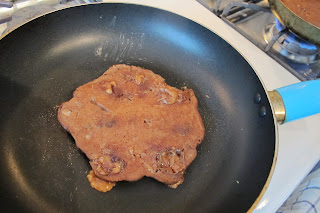 These pancakes were a gooey mess.  The caramel was soft and runny.  It was a delicious mess.

The caramel was warm, creamy, smooth, and soft. 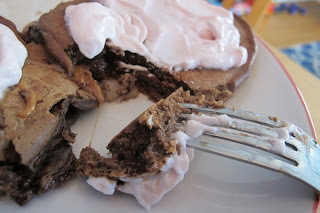 These pancakes have a rich and deep chocolate flavor. 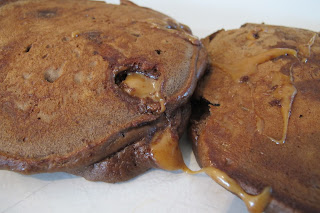 The texture is soft and light. 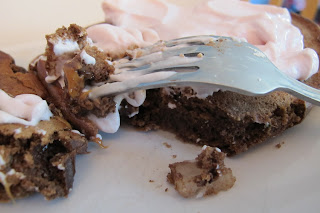 The dried coconut strips were sweet and chewy. 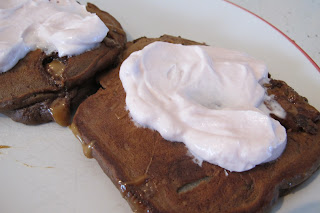 These were scrumptious and decadent pancakes. They were packed with many tempting morsels. 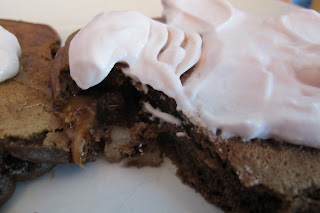 This is one of my favorite pancakes that I have made for this blog, and I have made loads of pancakes. 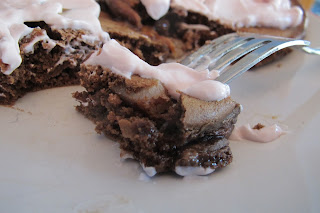 The coconut, caramel, and chocolate combination is on point.  The flavors were delightful.  The texture was perfect.  They made a phenomenal breakfast treat. 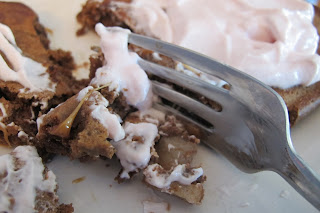