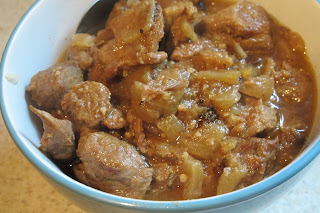 I saw the new X-Men movie yesterday.  I'm not a huge fan of action and adventure movie, but I do enjoy them every once in a while.  I usually do not remember or have not seen the prior movie, so I go in without the back story.  Fortunately, it's not necessary to know the back story most of the time. 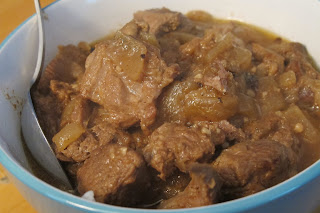 There is currently a Jane Austin movie out that I want to see.  It has good reviews.  I believe it is based on Lady Susan.  That may be the only Jane Austin book I have not read. 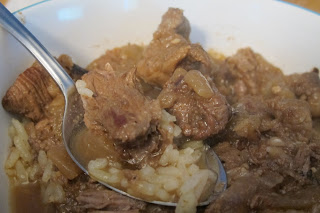 I thought that Rogan Josh is Persian.  It comes of Kashmir.  Roughan mean "clarified butter in Persian.  Jus means "intensity" or "passion."  The entire meaning of the name is to cook in oil at an intense heat. 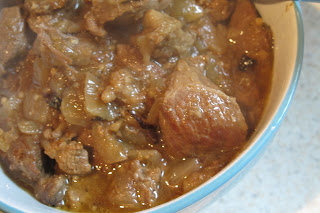 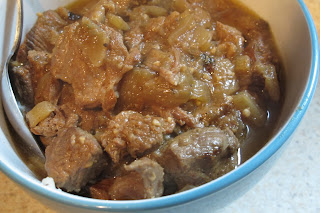 This rogan josh recipe came from food.com.  The original author stewed the meat for a long time in a heavy pot.  I made this in a slow cooker instead.  I used ground cardamom instead of cardamom pods and ground cumin instead of coming needs. 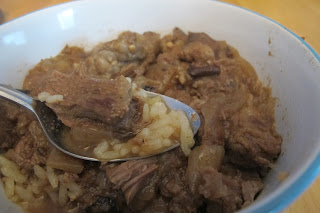 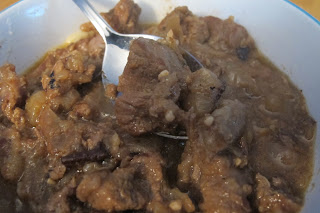 I browned the lamb in three batches in about a tablespoon of oil.  The stove top was on medium-high heat. 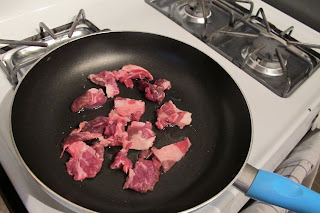 I added the browned meat to the crockpot. 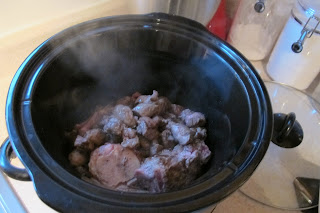 I added a little more oil to the skillet.  I added the cardamon, bay leaves, cloves, pepper, and cinnamon into the pan.  I cooked this for a couple of minutes until the spices were fragrant.

I added chopped onions.  I browned the onions for five to six minutes. 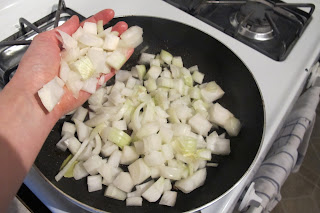 I added the ginger and garlic.  I stirred and let this cook for 30 seconds. 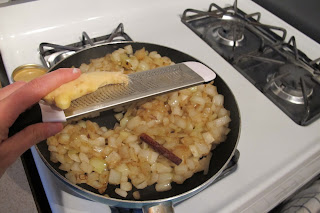 I added the coriander, cumin, paprika, cayenne, garam masala, and salt.  I stirred and cooked this for 30 seconds.

I added the onion mixture to the crockpot. 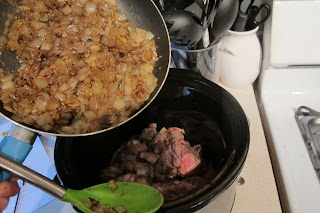 I added the water and yogurt.

I stirred the ingredients together and cooked it on high for 4 hours. 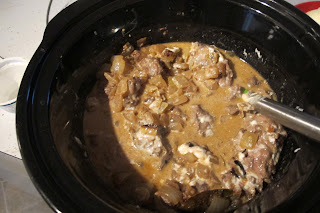 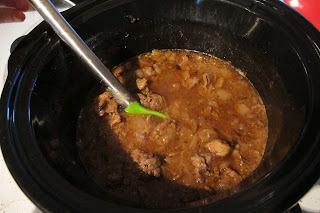 I ate this dish over rice. 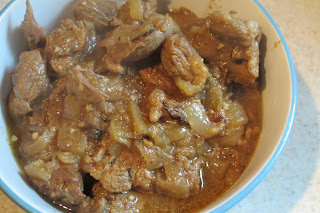 This was a flavorful and scrumptious dish. 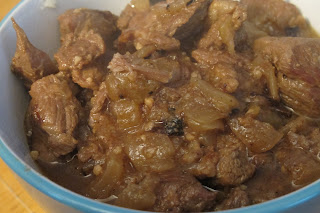 The meat was tender and caramelized.  I used a very fatty cut of meat.  I would have preferred a leaner piece of meat because there were lumps of fat that I removed while eating. 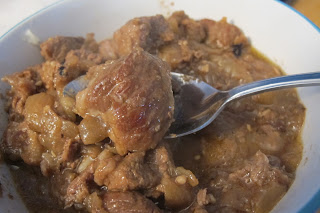 The flavors were aromatic and exotic.  It was warm, spicy, and complex. 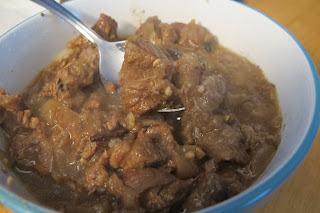 It was a hearty and satisfying dish.  It had hint of heat and spice but would be suitable for a sensitive palate. 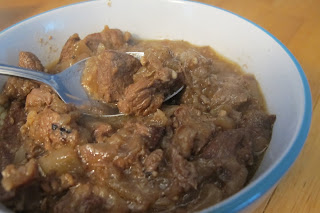 Lamb is one of my favorite kinds of meat, and it didn't disappoint in this savory and pleasurable dish.