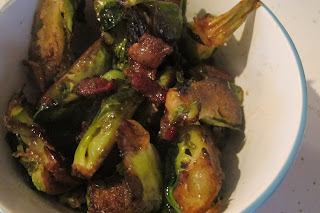 I hope you had a wonderful Memorial Day weekend.  I took a few extra days off of work and visited some family in Illinois.  It was very enjoyable. 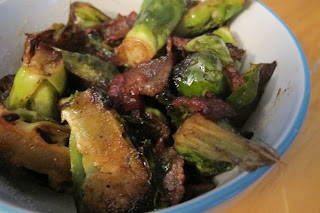 We went on a few short hikes, ate s'mores, saw a Frank Lloyd Wright house, and went on a architecture tour of Chicago from a ship on Lake Michigan.  The crew members on the ship were all dressed up like pirates.  It was pretty awesome. 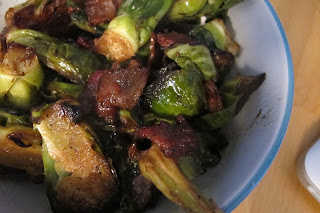 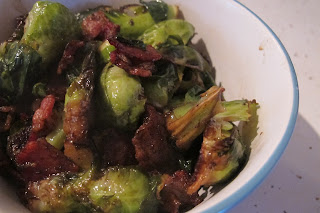 I got back late last night and got back into the swing of things with a full day of work and a calculus test.  It was a harsh adjustment from getting to sleep in.

The recipe came from Fine Cooking.  This recipe calls for pancetta, but I used bacon instead.   I didn't use any olive oil or butter because the bacon was already fatty.  I also used more brussels spouts. 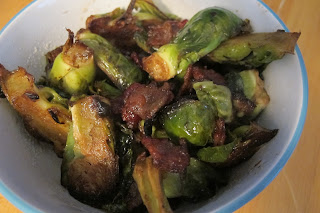 I chopped the bacon and sautéed it over medium heat until it was crispy and brown.  I ended up using two sauté pans because I wanted the bacon and Brussel sprouts to have room to brown.

While the Brussel sprouts browned, I added the balsamic vinegar to a sauce pan.  I let it reduce to 2 tablespoons over medium-high heat. 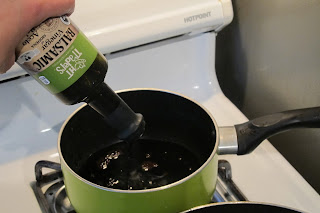 After the sprouts were browned, I combined them into one pan and added a half of a cup of water to the pan. 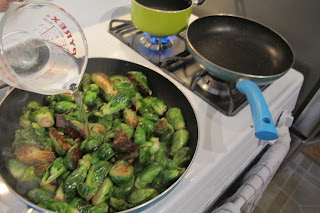 I covered the Brussel sprouts and let them steam in the simmering water for three more minutes. 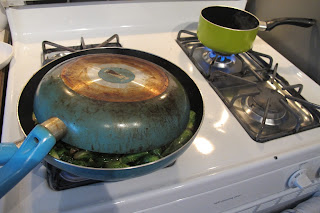 I added the reduced balsamic vinegar and crisp bacon.

I stirred this until the sprouts were thoroughly coated with the balsamic reduction.  I added salt and pepper to taste.

This dish was scrumptious.  The bacon was smokey and crisp. 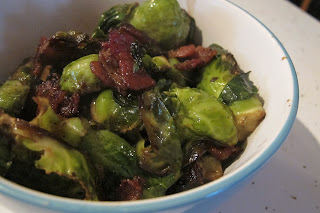 The balsamic reduction was sweet, fruity, and acidic. 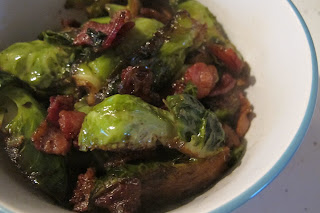 The Brussel sprouts were caramelized and brown.  They were tender but not mushy.  The texture was spot on.

The combination of the bacon, vinegar, and Brussel sprouts was divine.   It was sweet, salty, and savory. 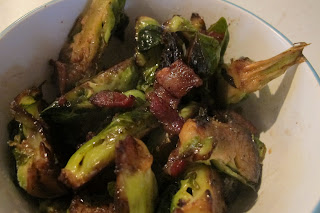 It smelled and tasted amazing.  It was a wonderful and satisfying dish.