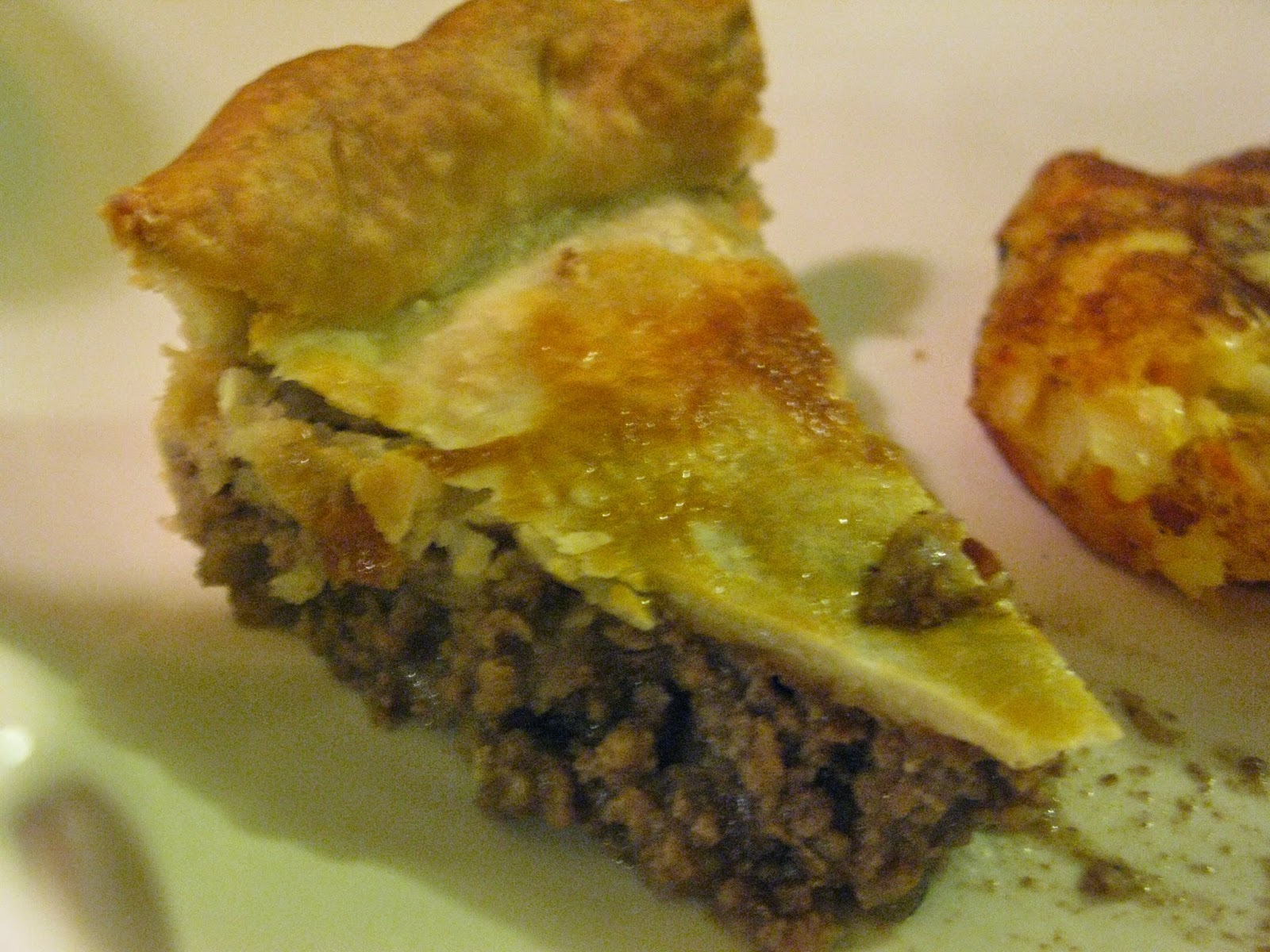 Every year my cousin choses a country as a theme for our Christmas Eve celebration.  We have celebrated a Mexican, Ukrainian, Japanese, Chilean, and Greek Christmas, just to name a few examples. 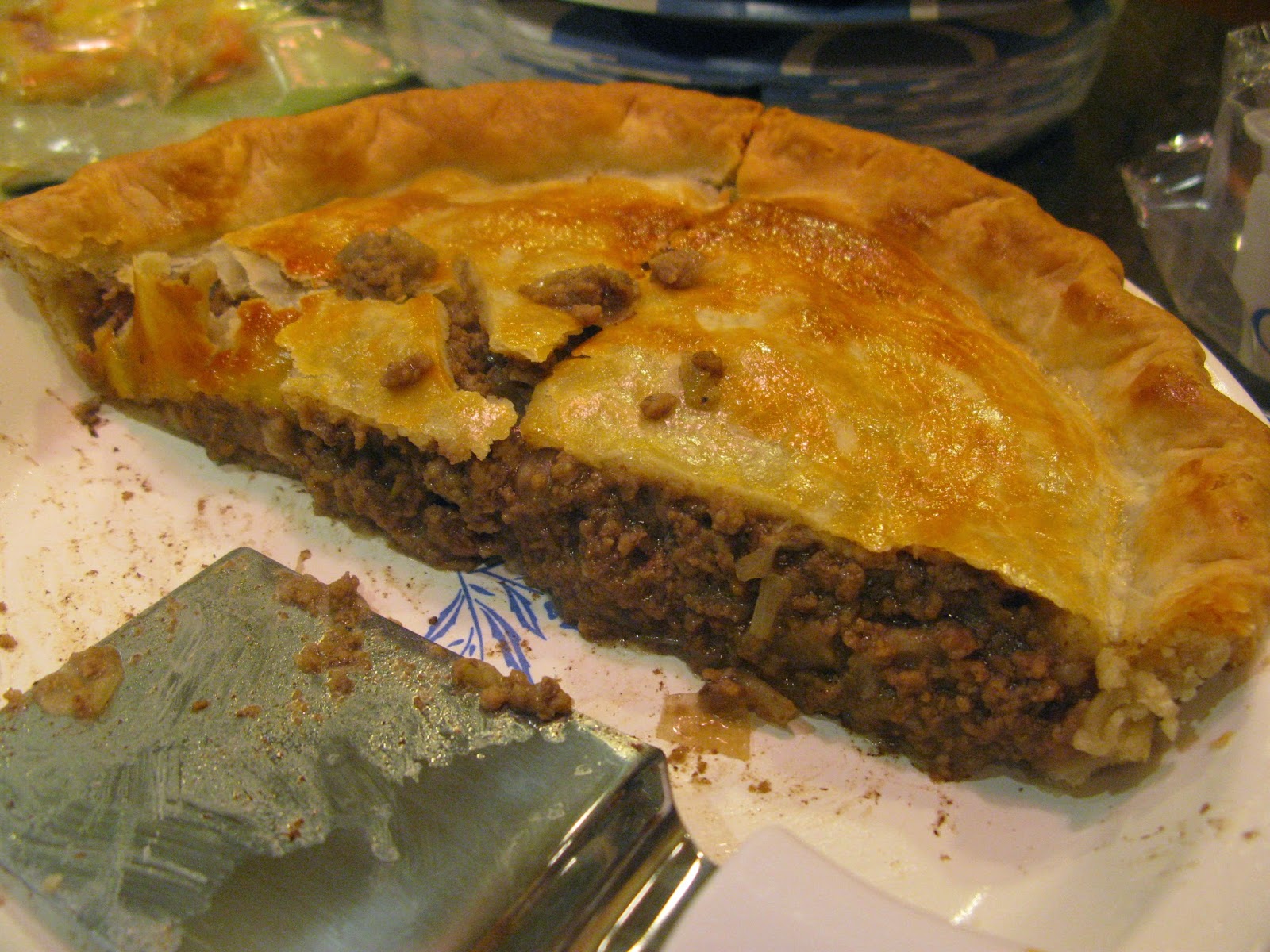 We make food, listen to Christmas music, read a story, and do a craft from that country.  This year we listened to Scottish music and made Scottish food.  The main dish was mince pie. 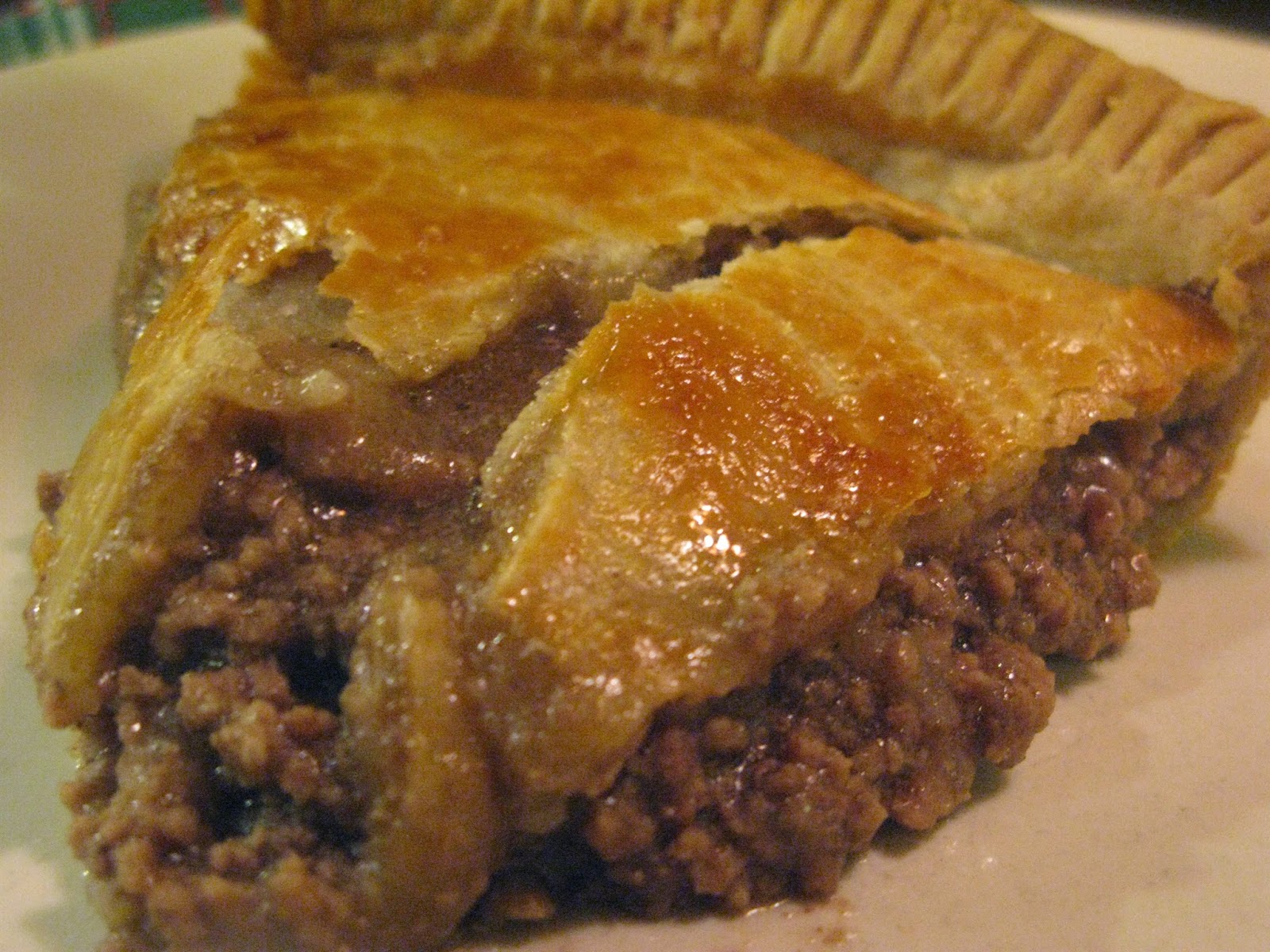 It was delicious and pretty easy.  We made it ahead and baked it just before the festivities started. 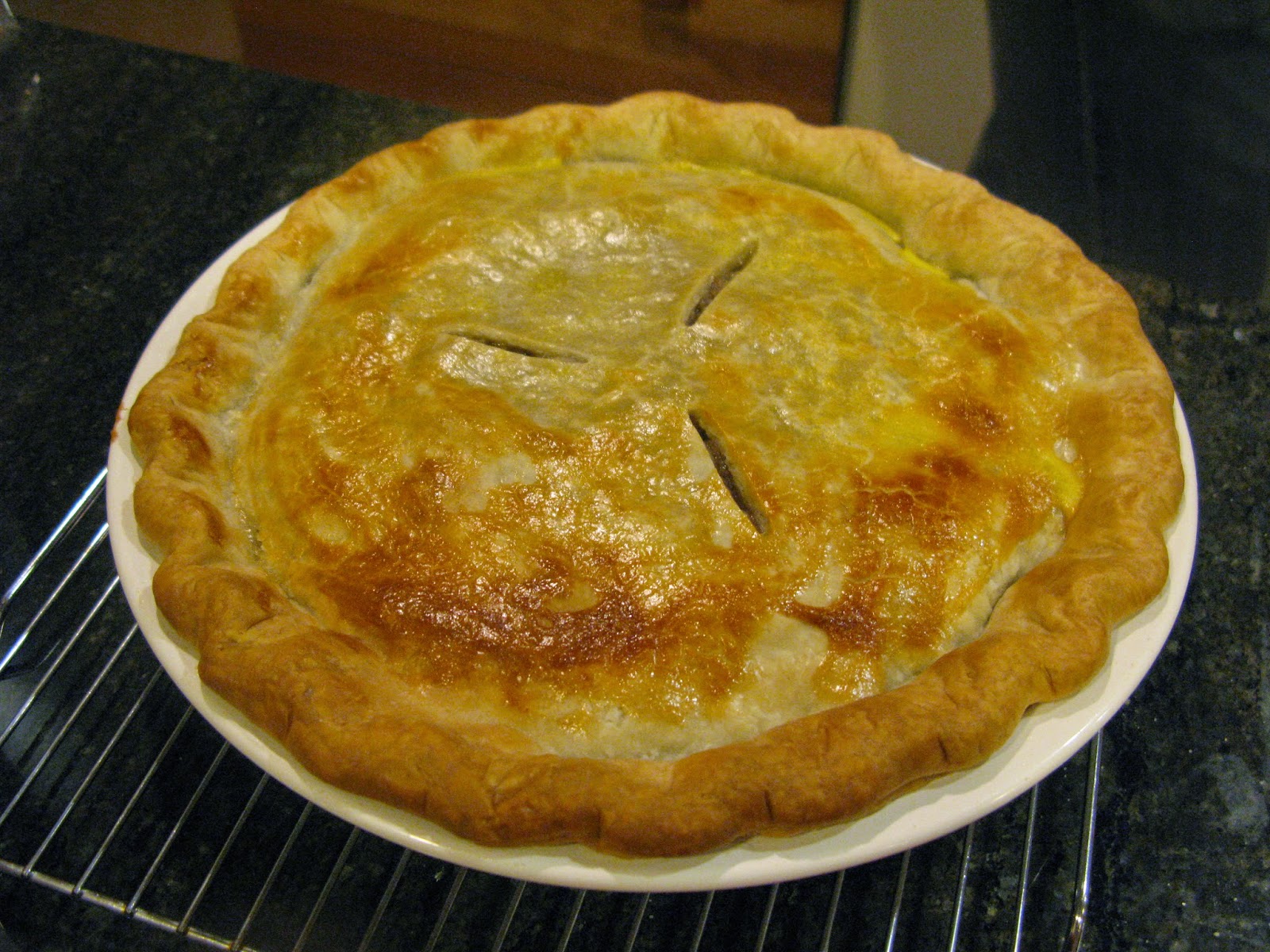 My mother found the recipe on allrecipes.  It is highly rated for a reason.  We tripled the recipe, so the pictures show triple the amount listed in the recipe. 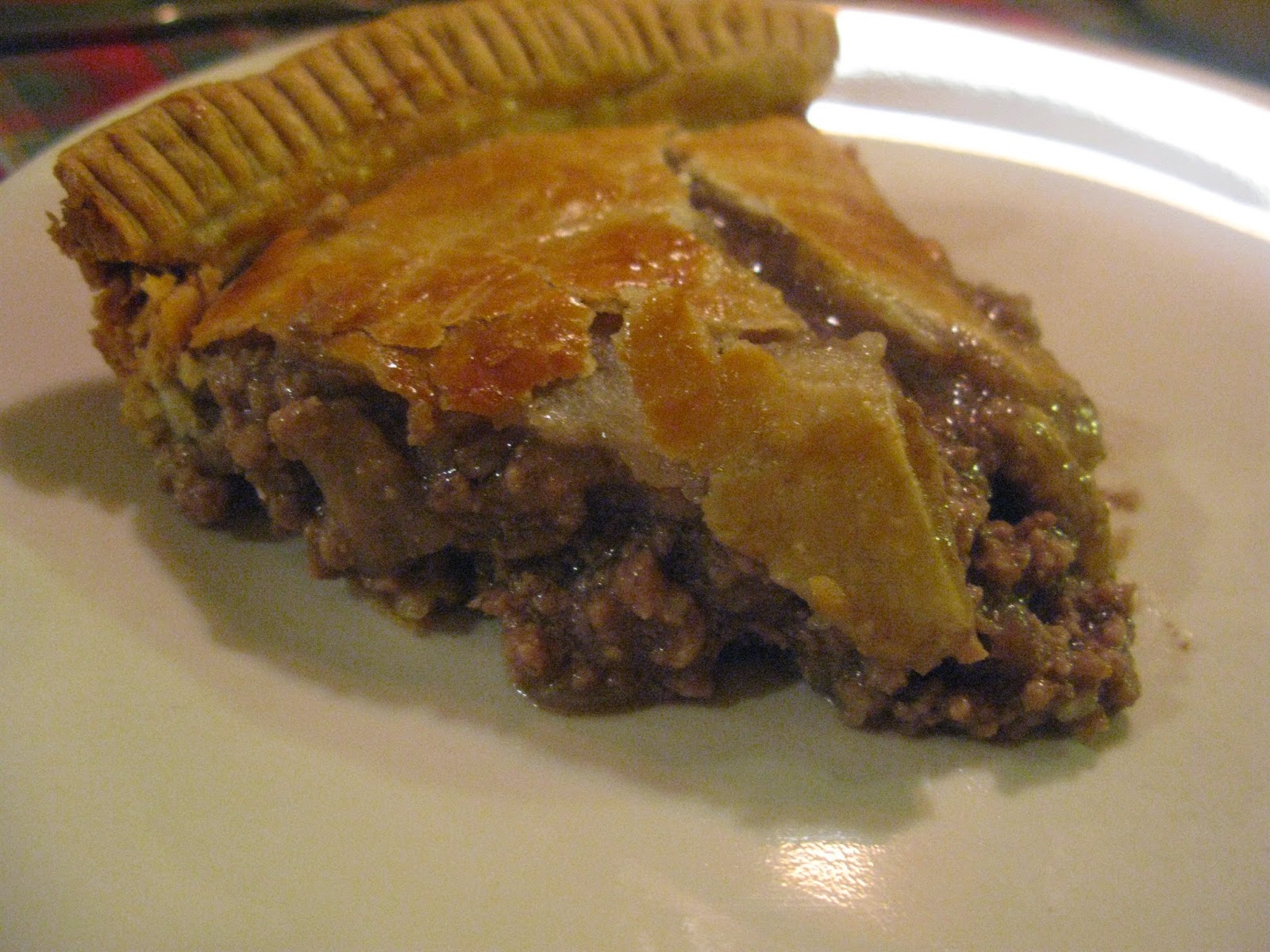 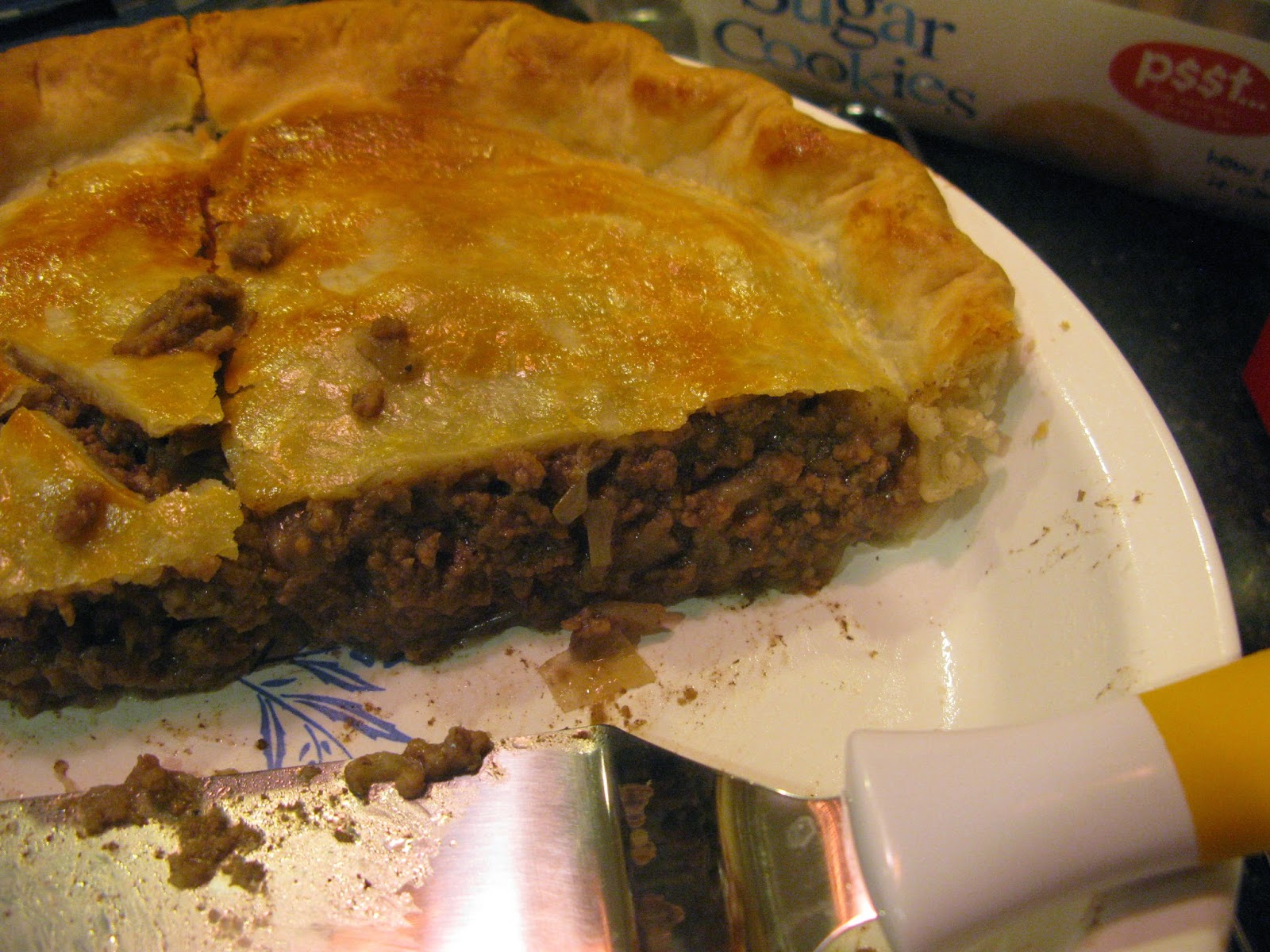 We put the ground beef in a skillet with just enough water to cover it. 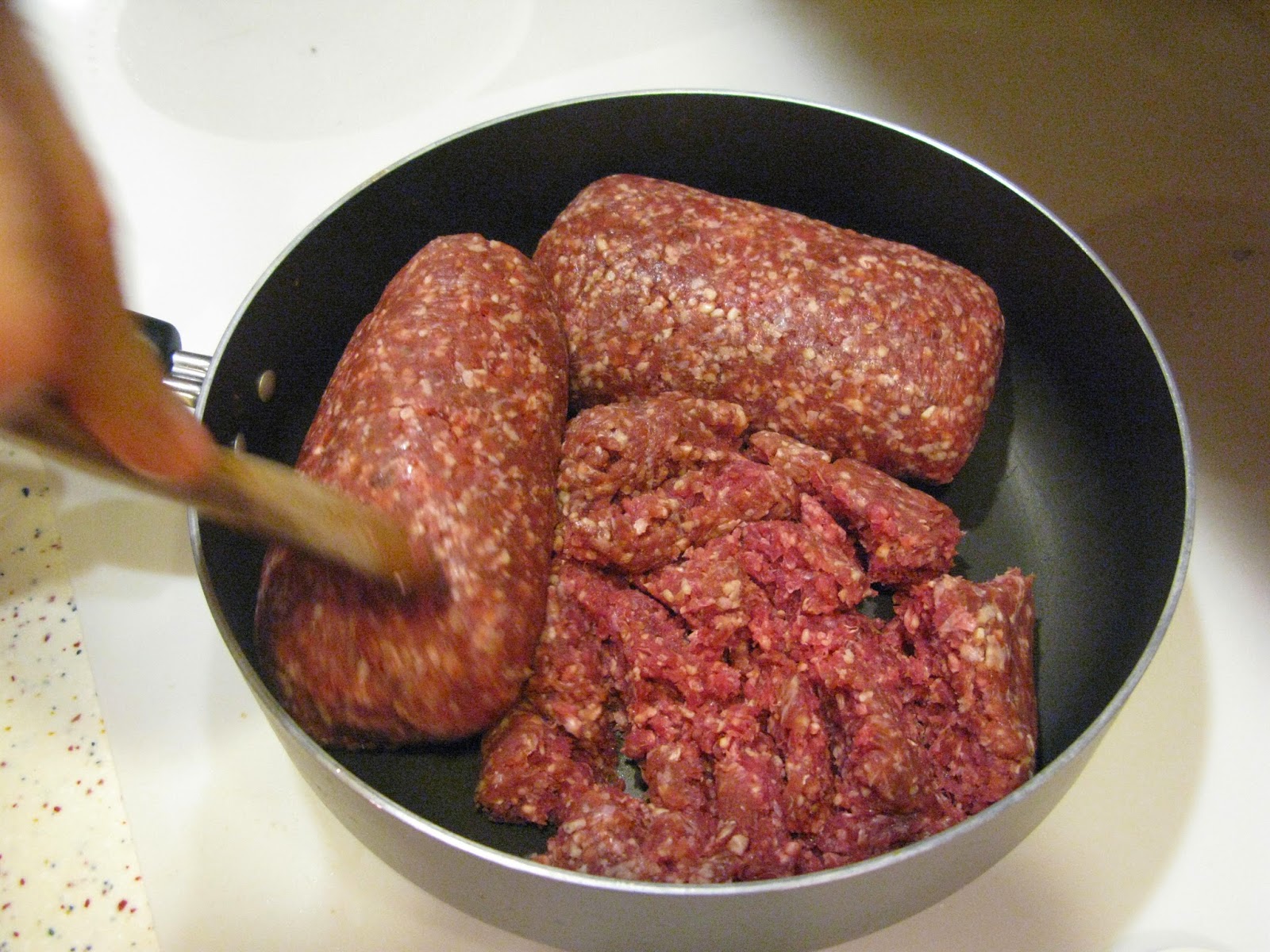 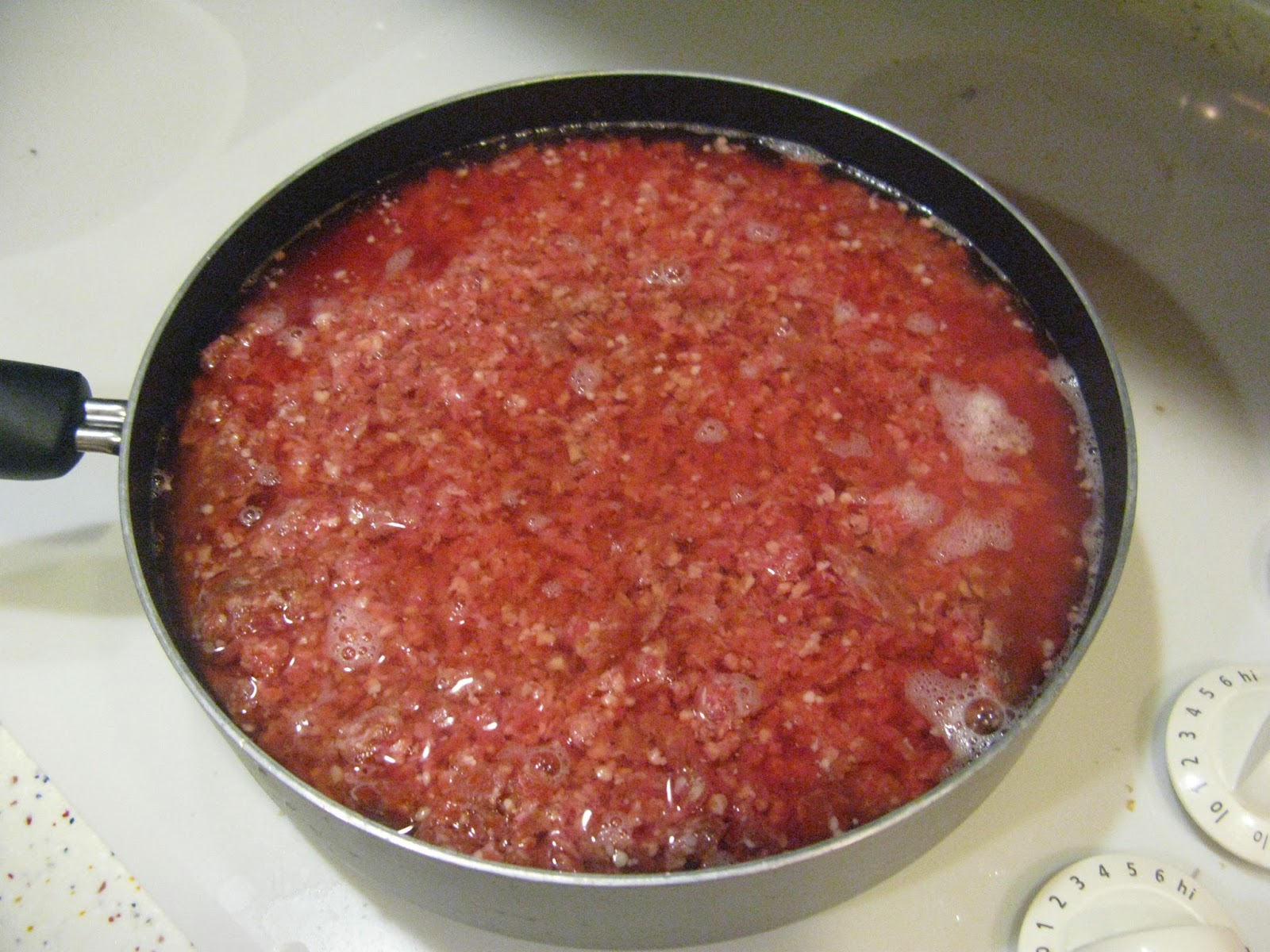 We boiled the beef until it was cooked through. 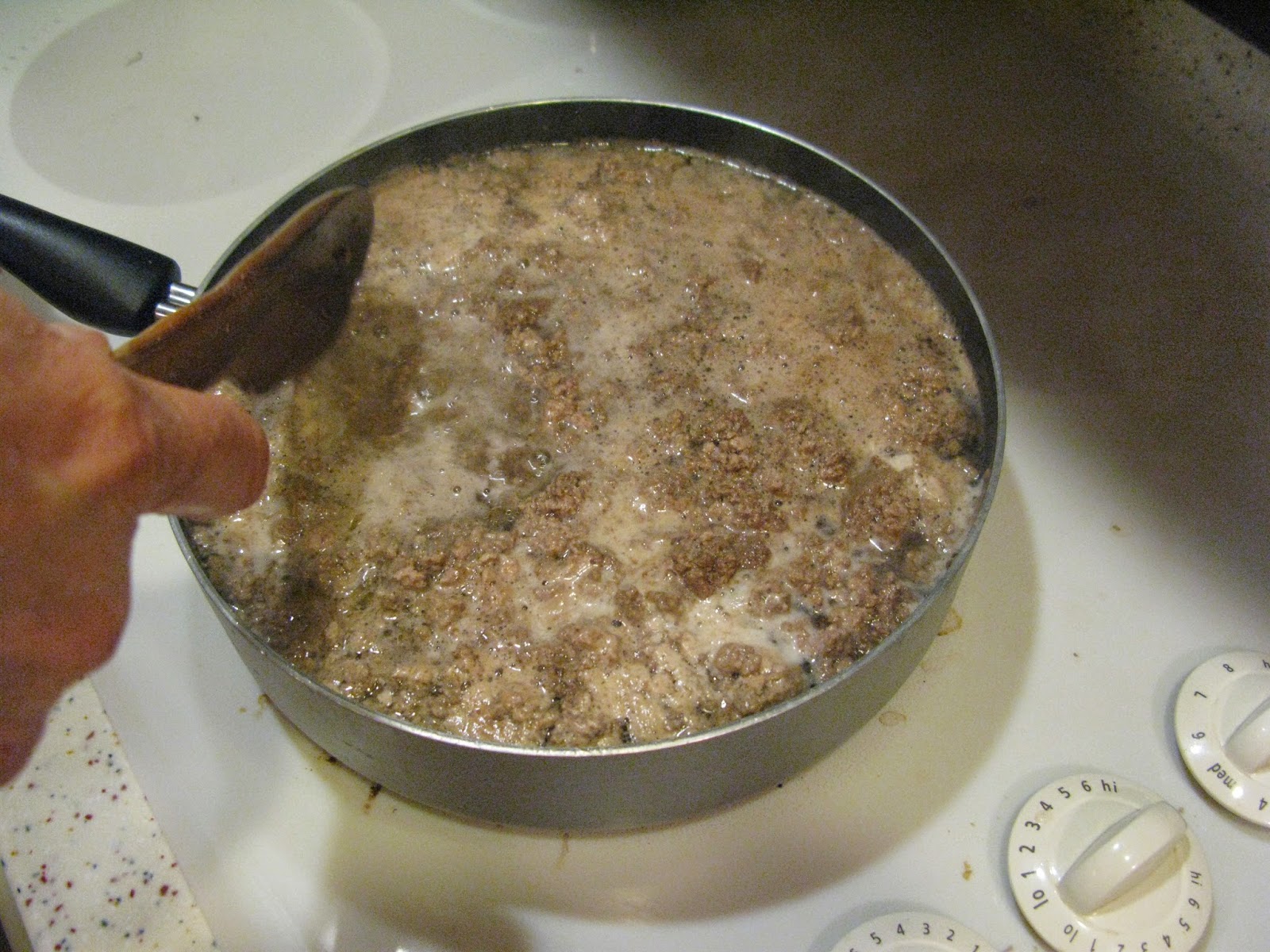 We drained the meat and put it pack into the pan with the chopped onion and enough water to cover the meat.  I'm not sure why draining the meat was necessary, but that is what the recipe suggests. 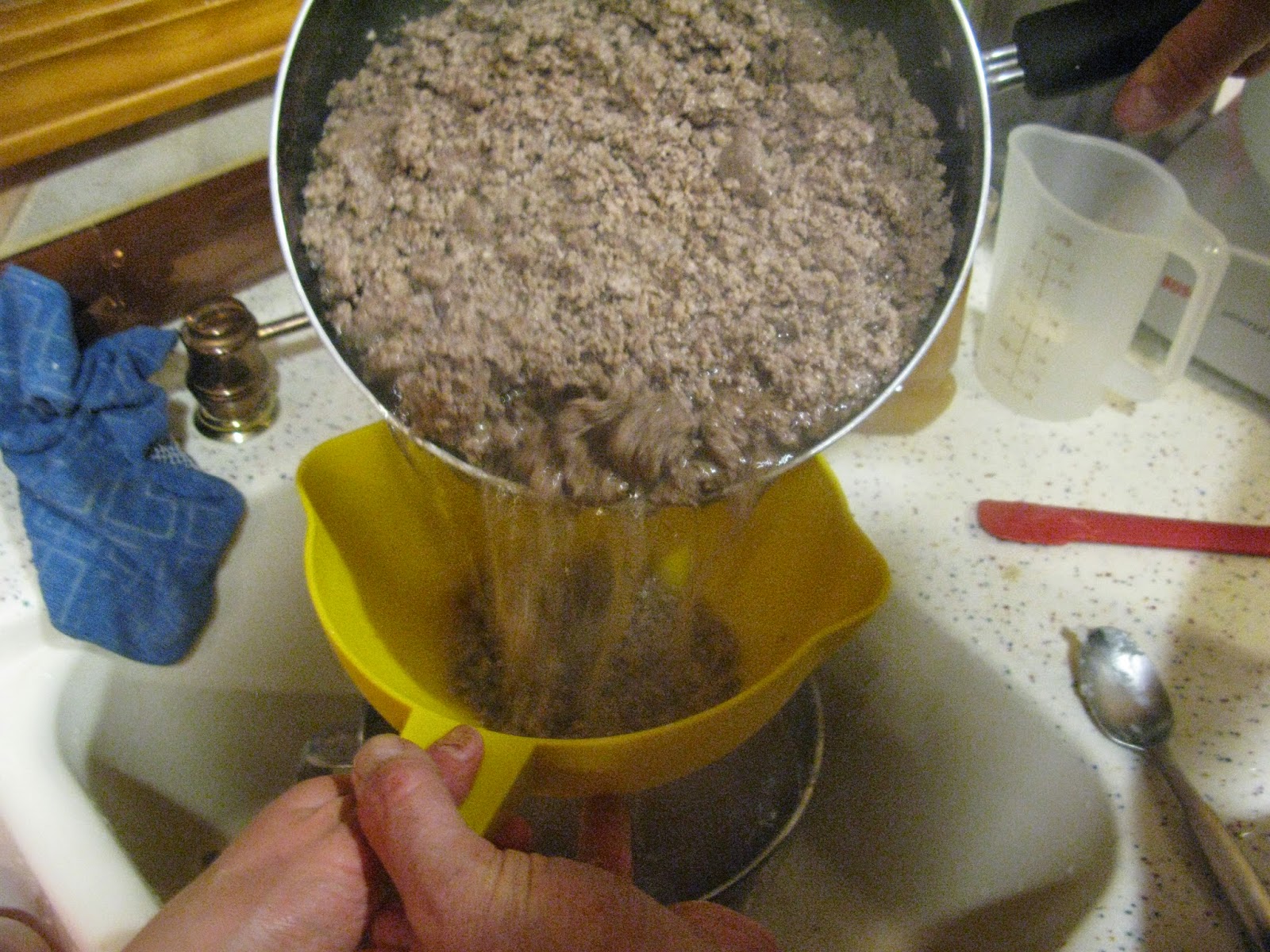 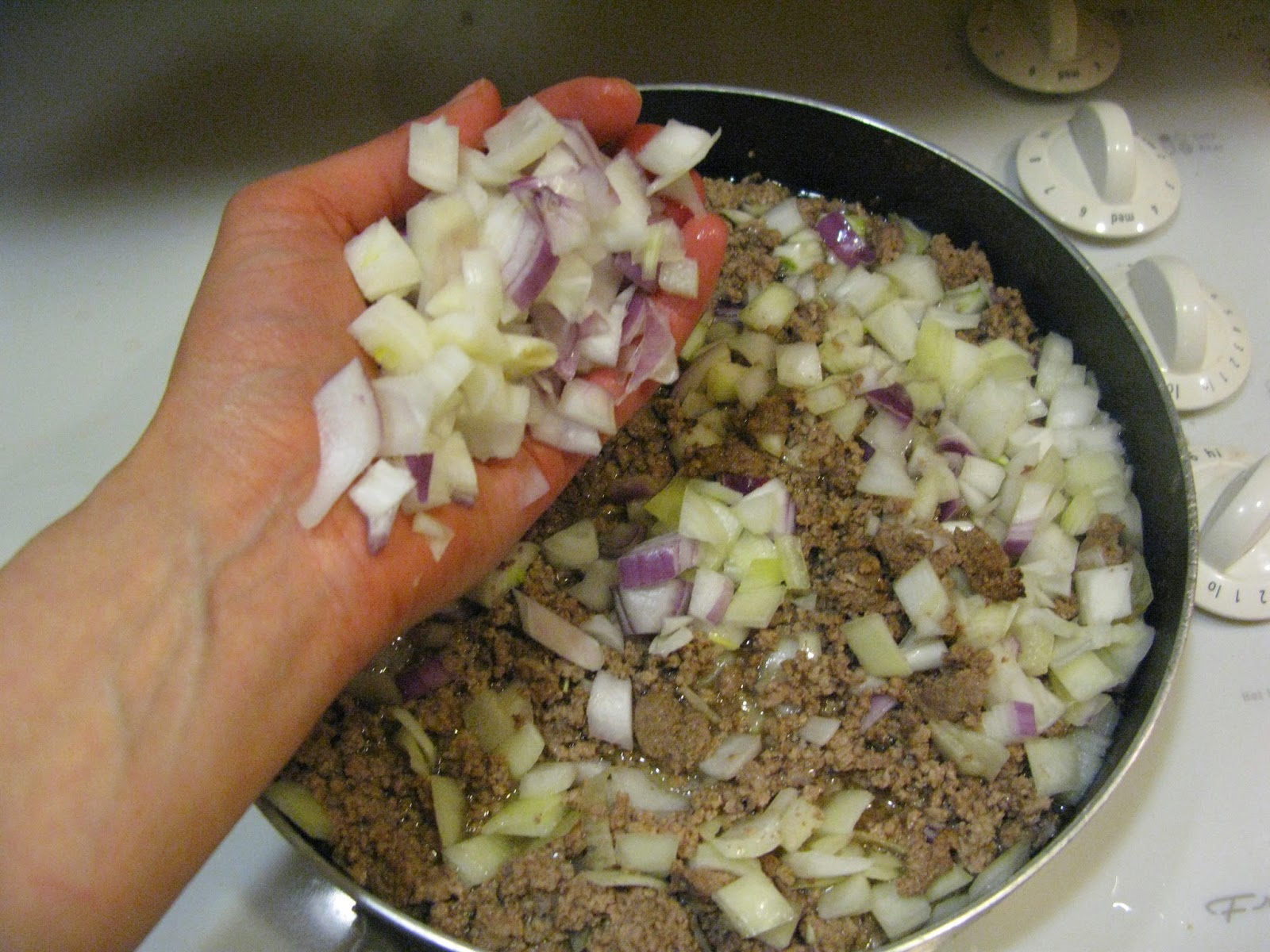 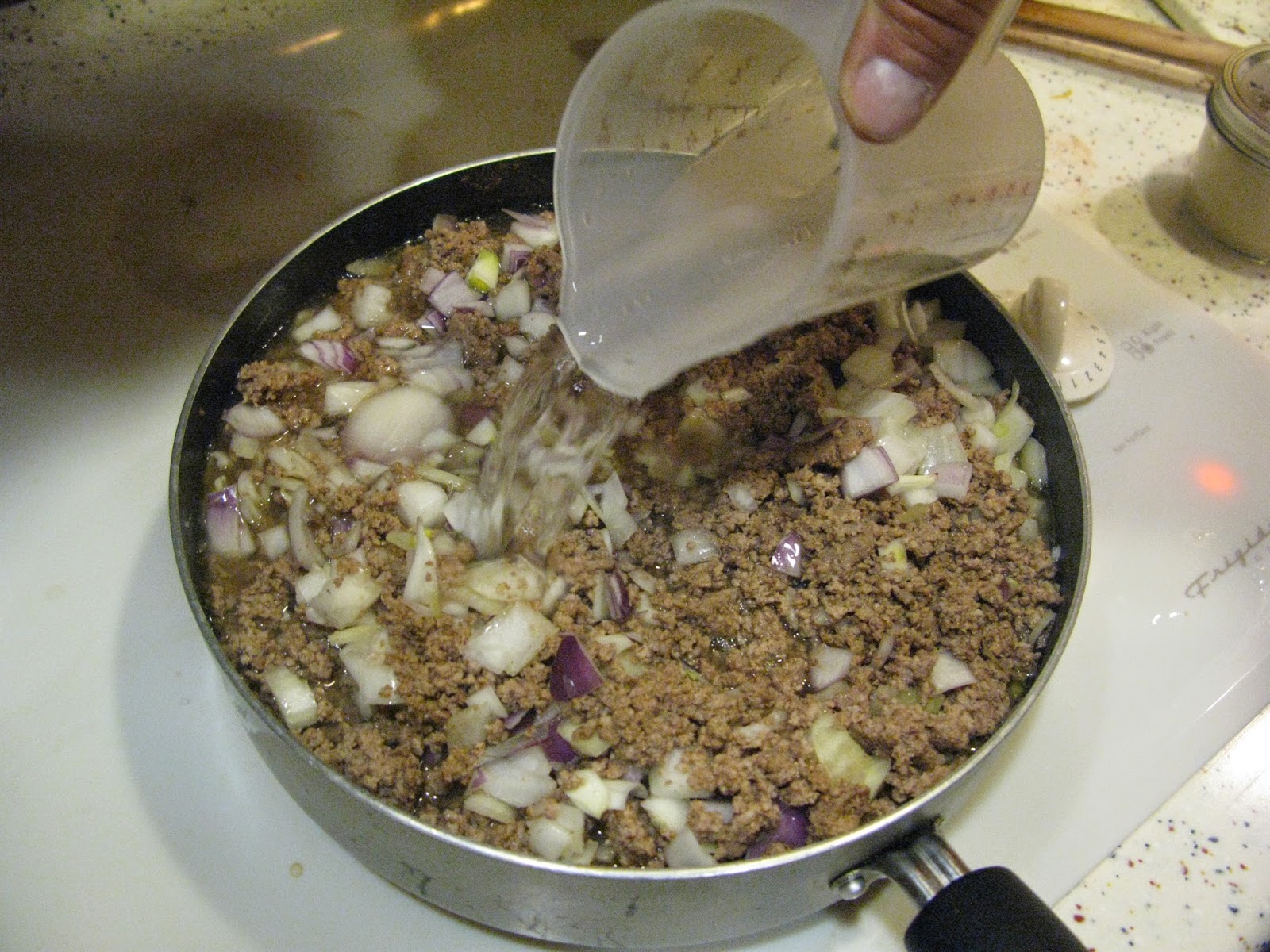 We added enough bouillon until it was flavorful enough for our tastes.  We ended up adding more than suggested.  We added salt and pepper.  We cooked this until the onions were tender. 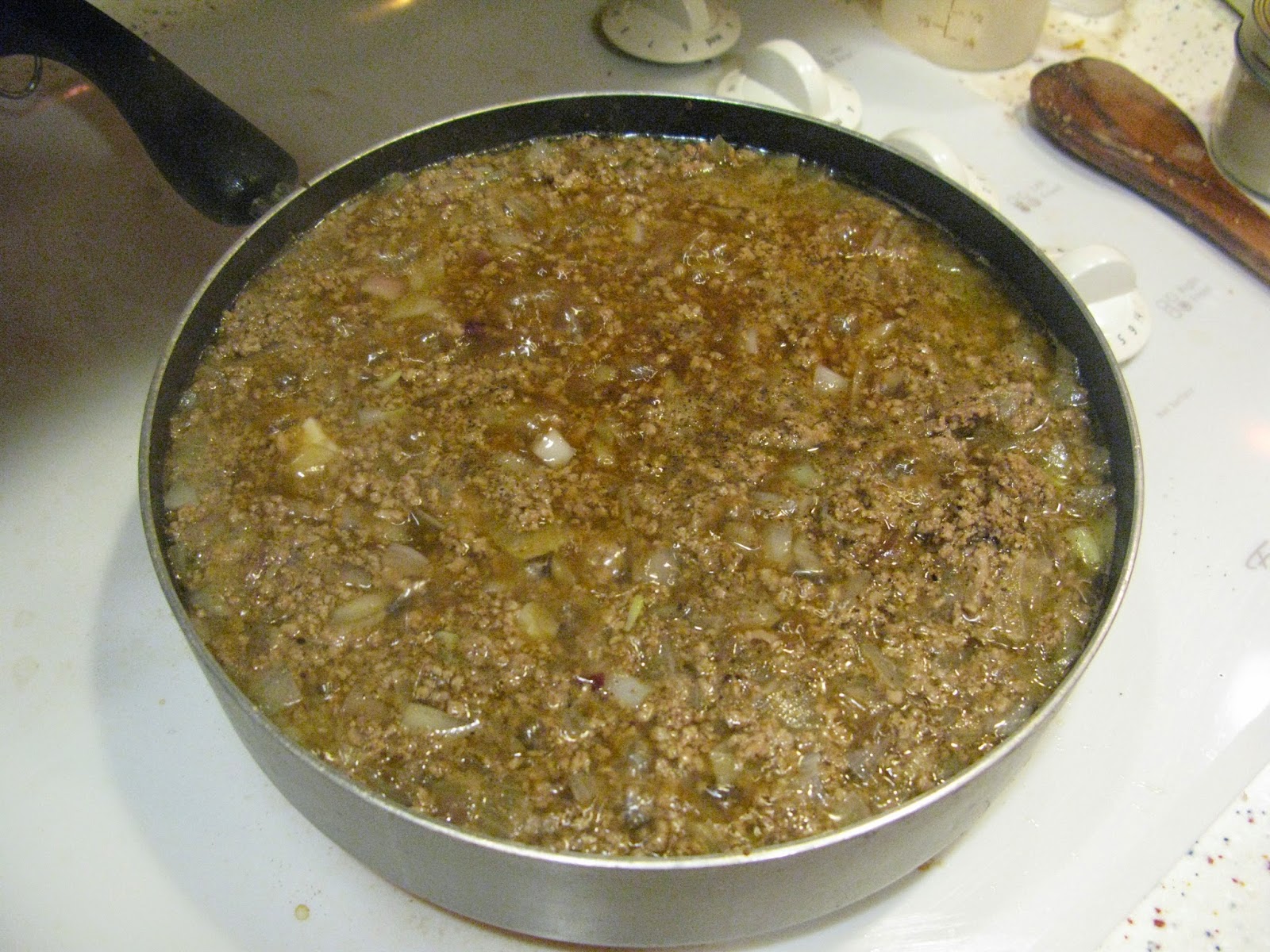 We combined 1/4 cup of water with the cornstarch.  We stirred until the slurry was smooth. 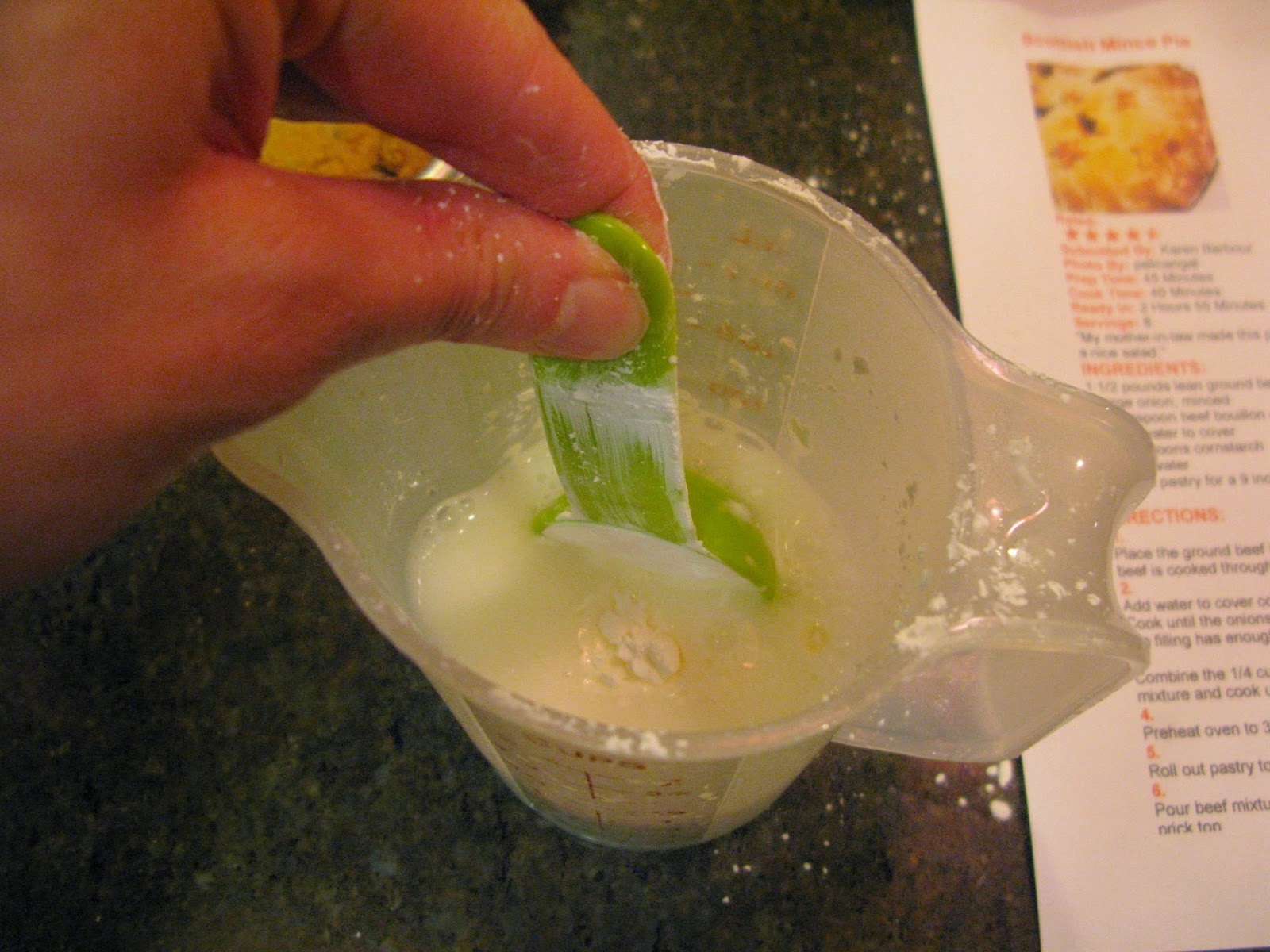 We poured the slurry into the beef mixture. 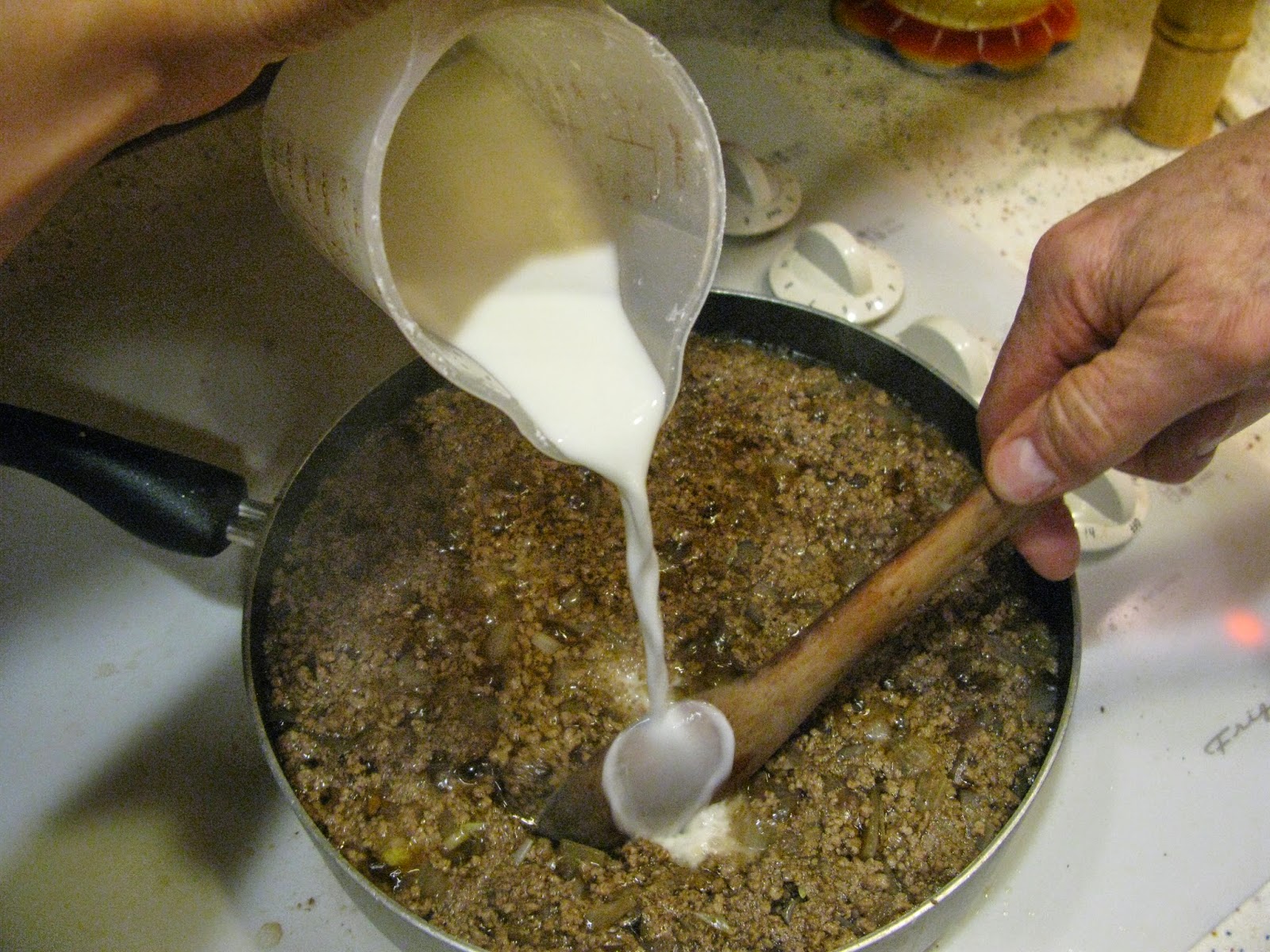 We cooked the beef until it was thick and most of the moisture was evaporated. 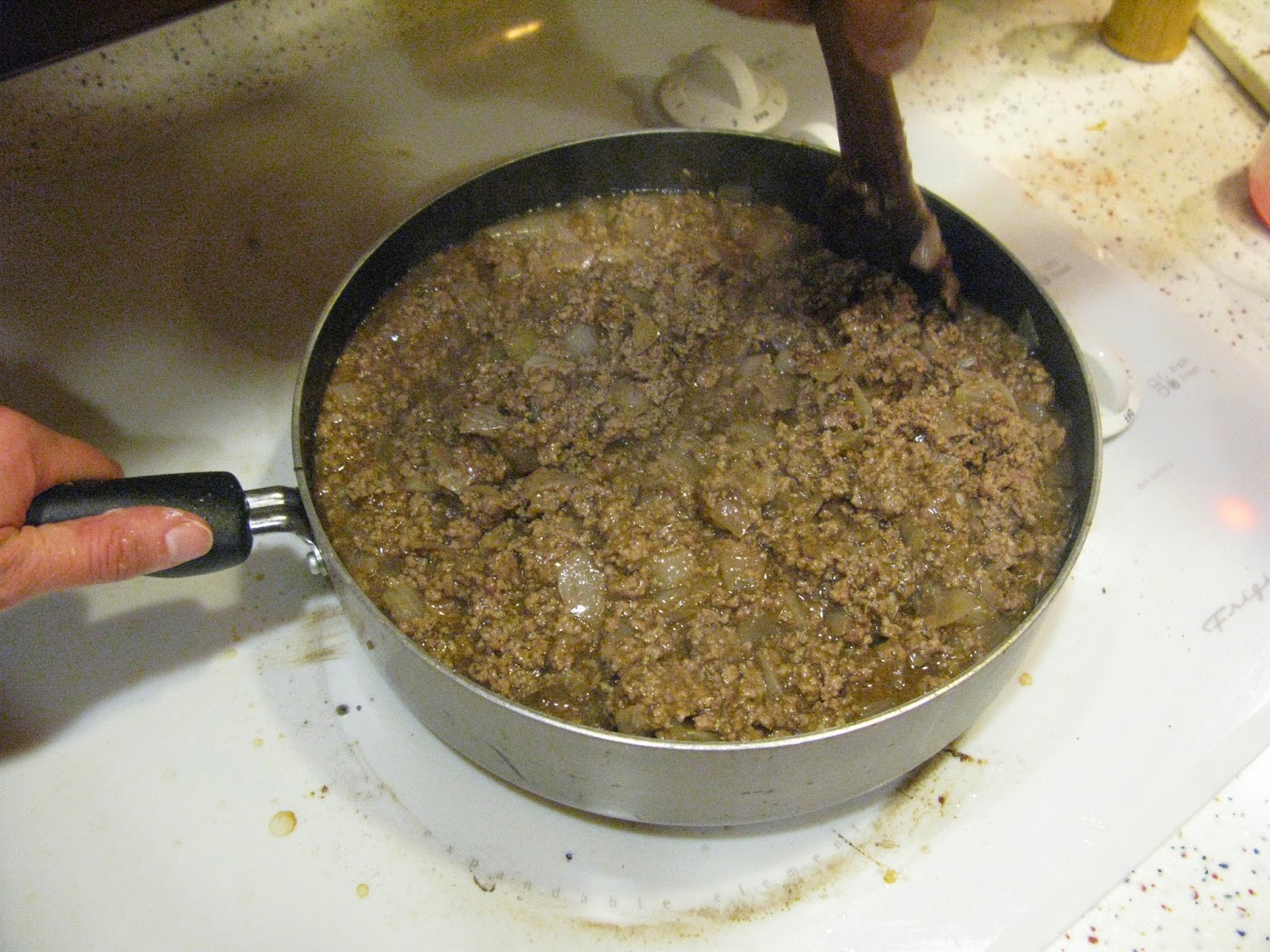 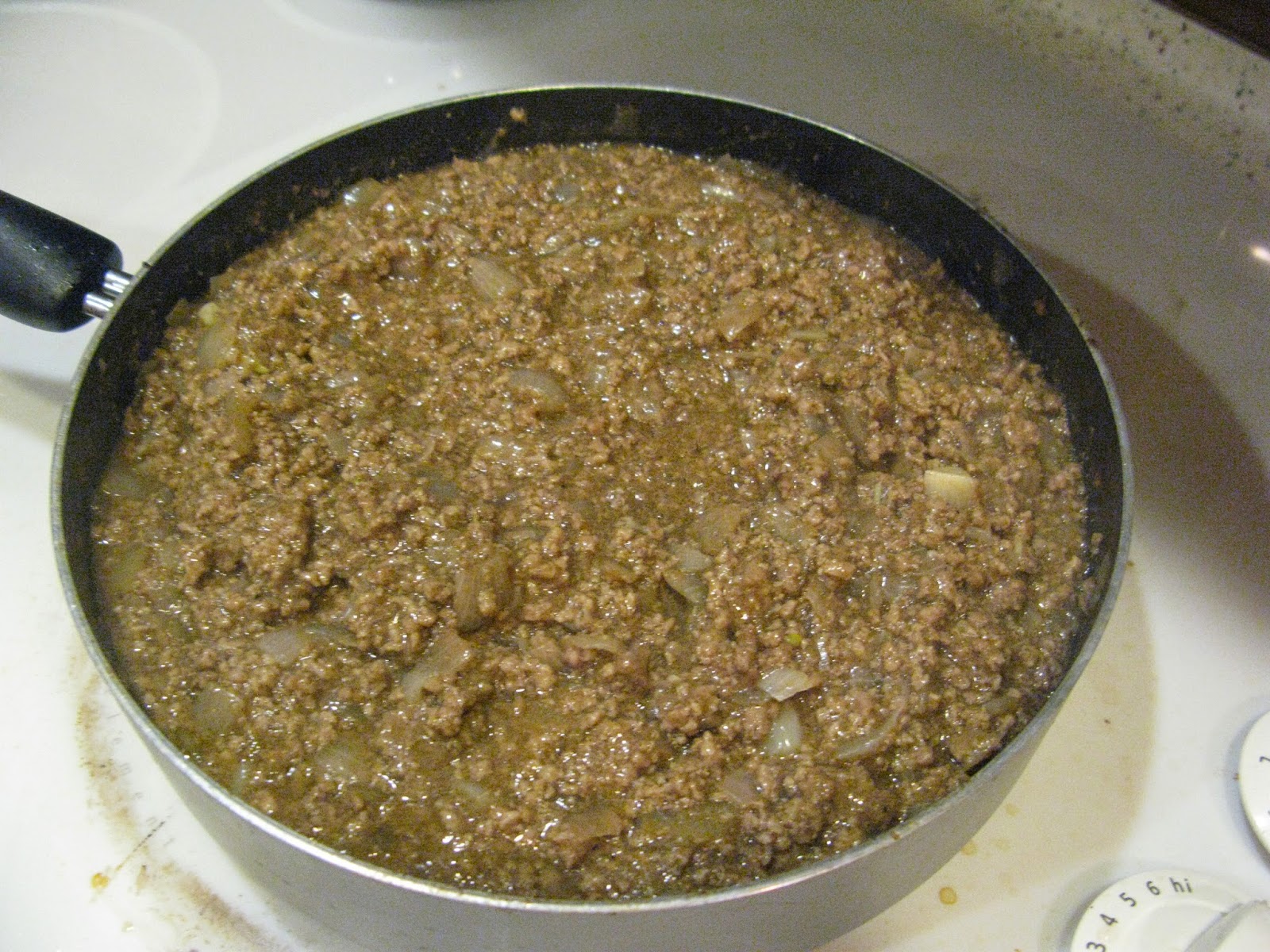 We allowed the meat to cool to room temperature before putting into the pie shell. 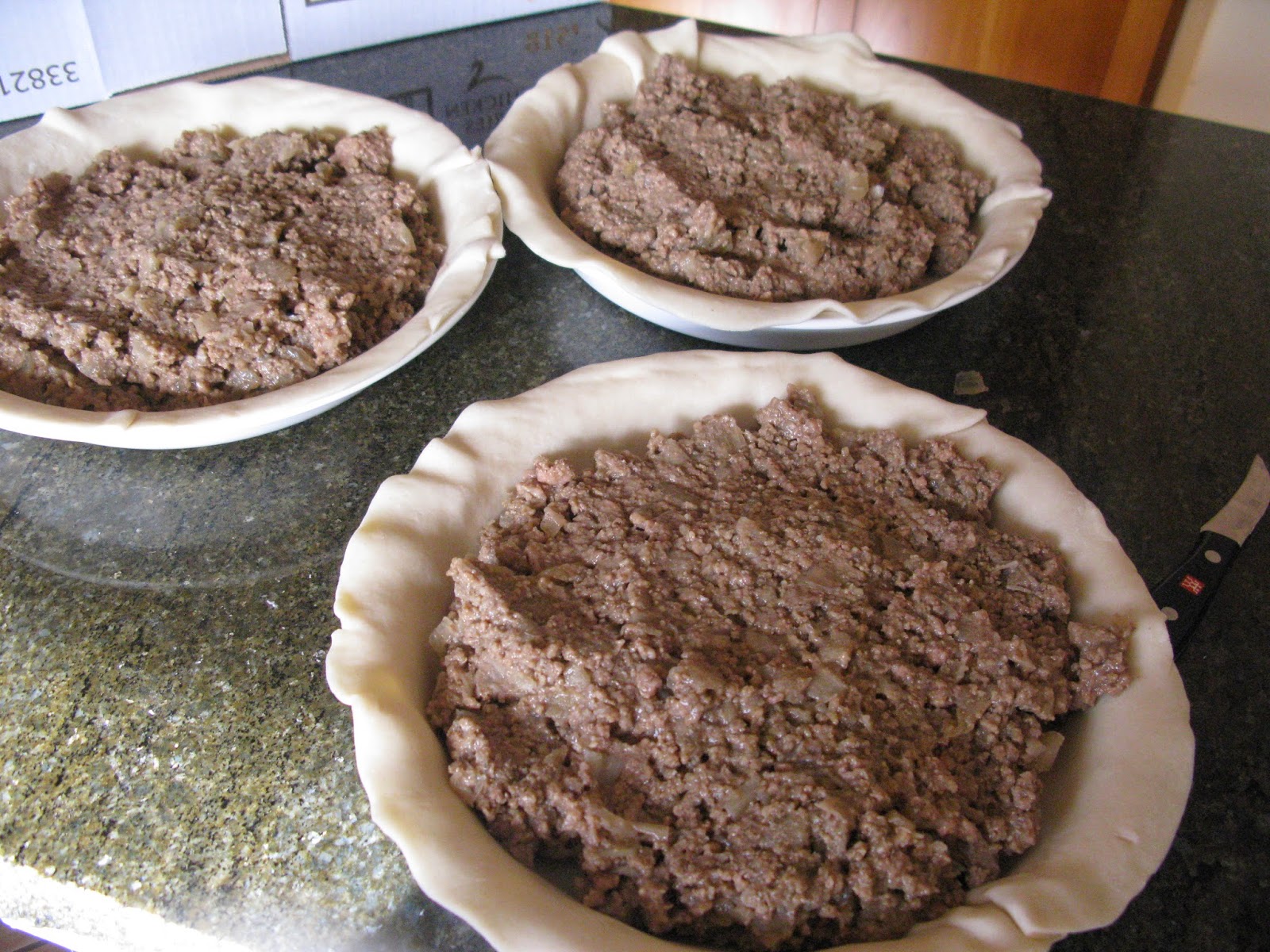 We put the remaining pie layer on top of the meat filling. 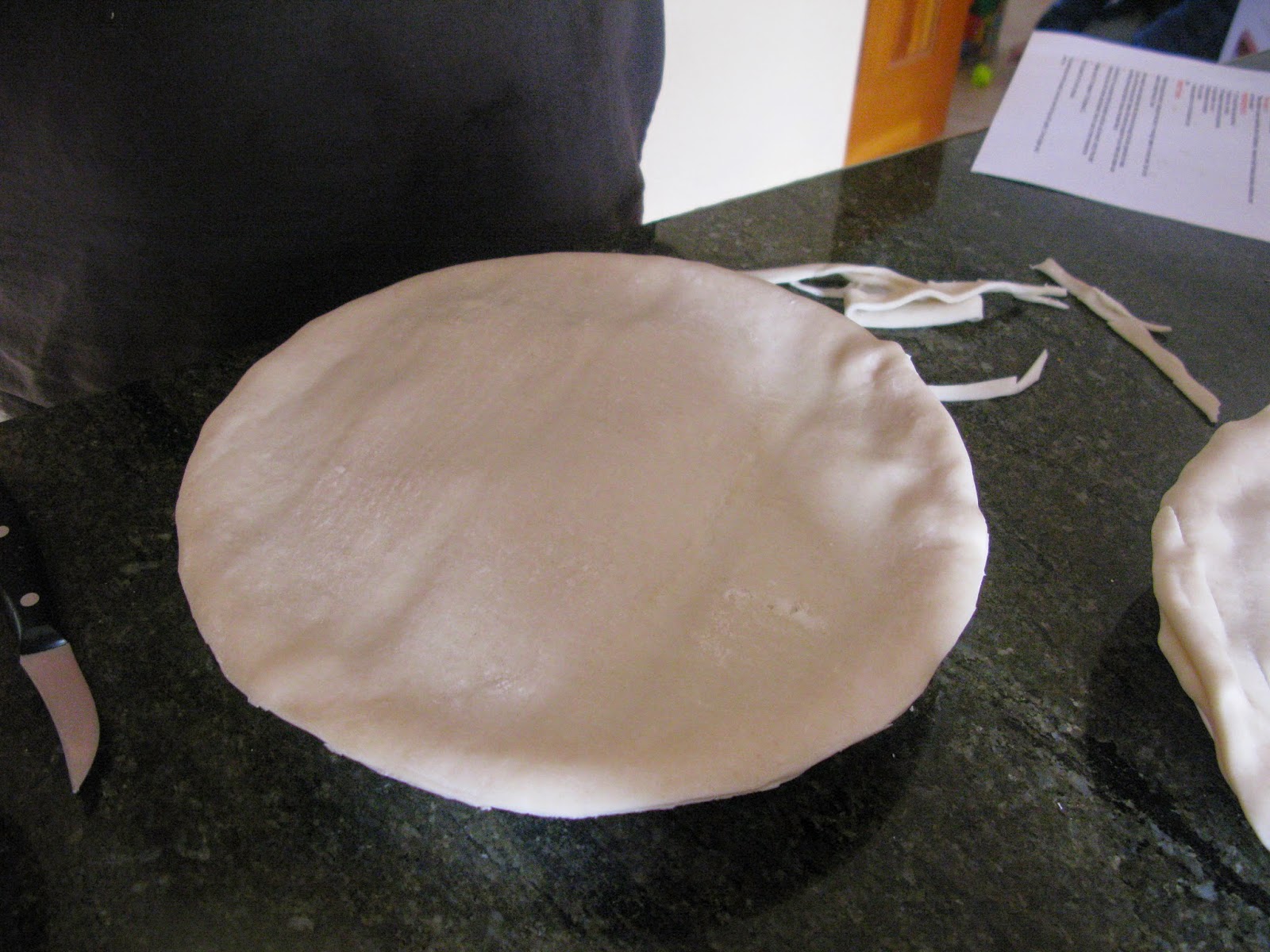 My mother trimmed the excess dough, turned it under, and sealed the two pieces of dough together with a decorative crimped edge.  She's a pro. 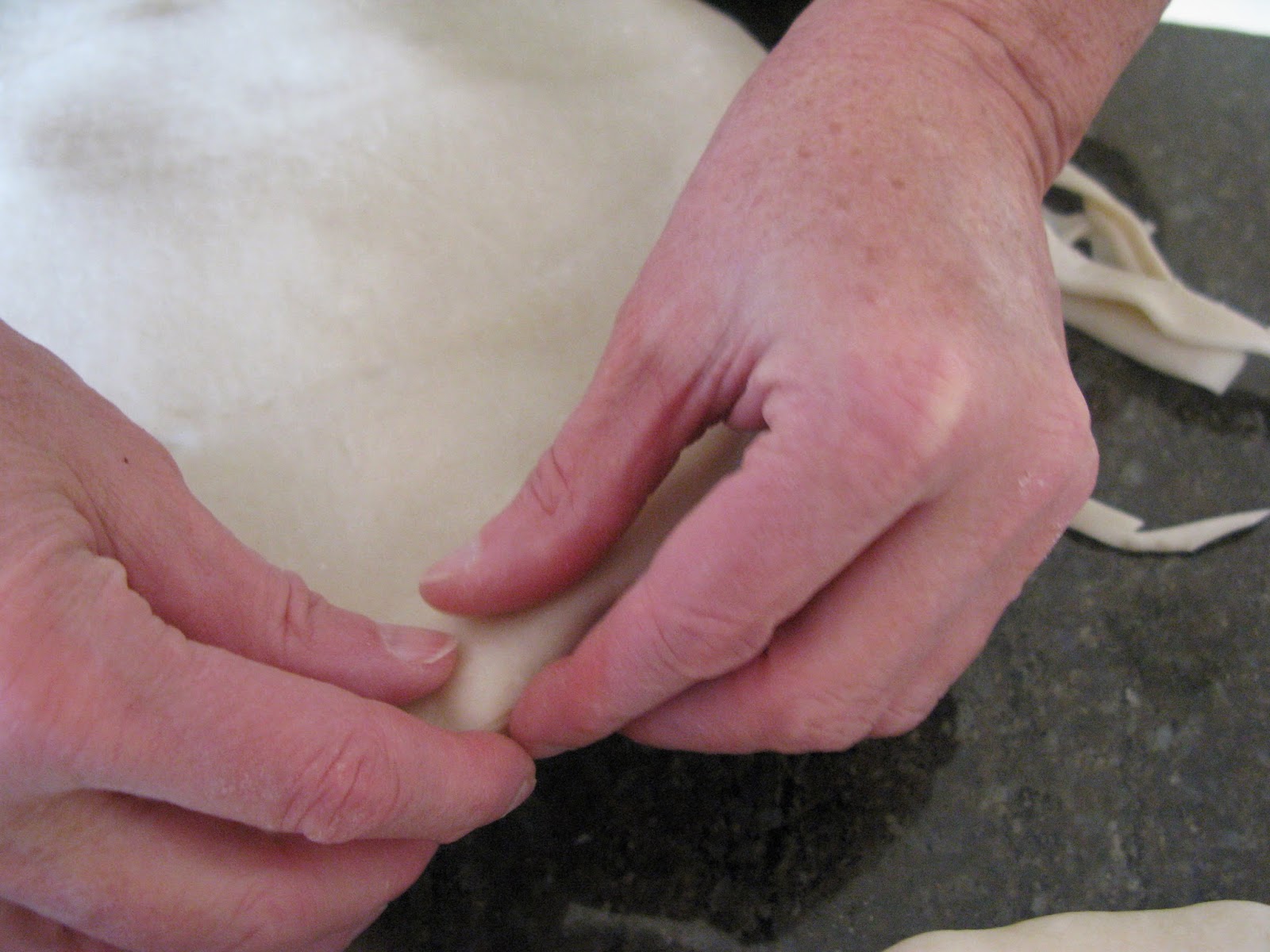 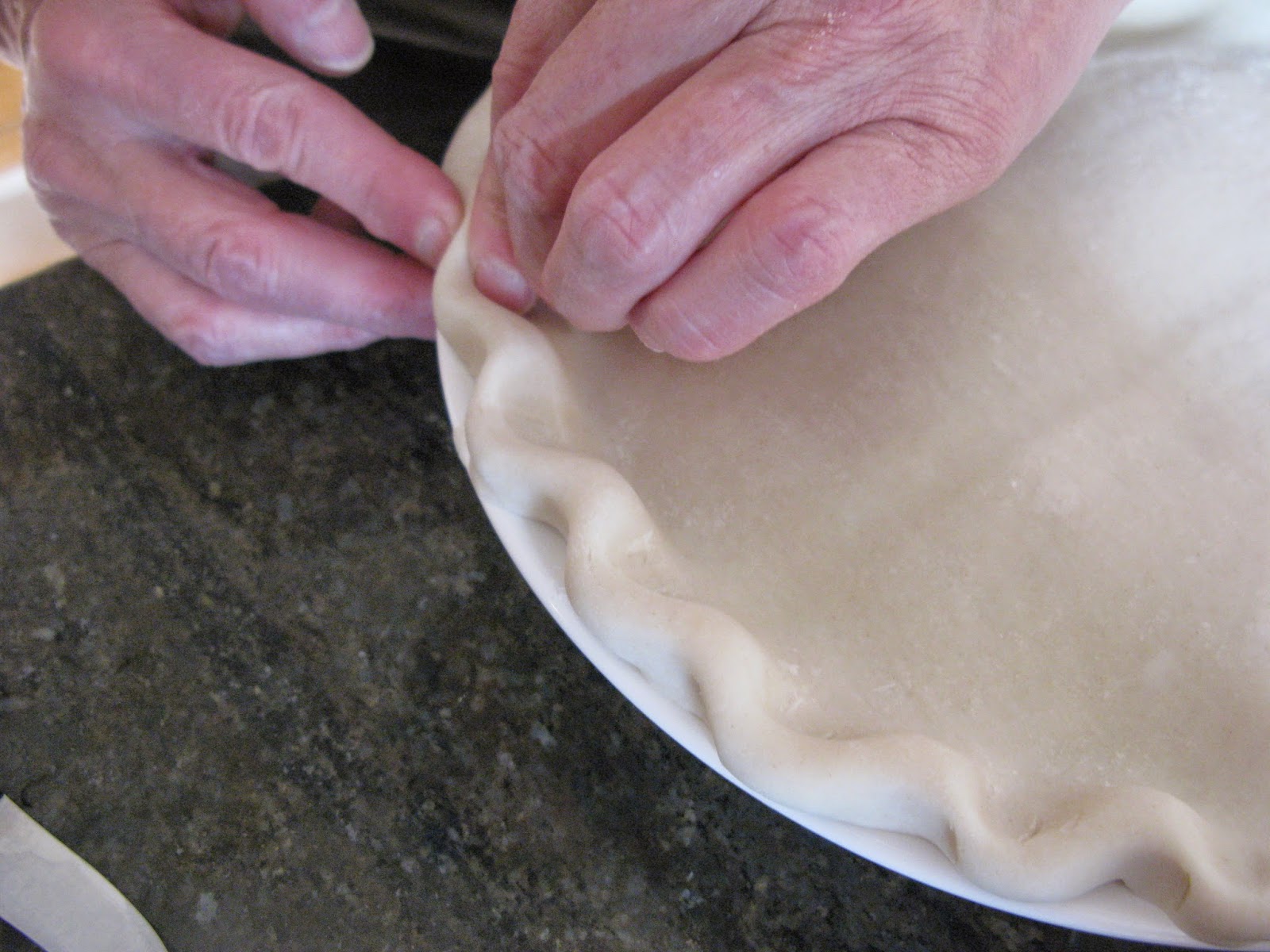 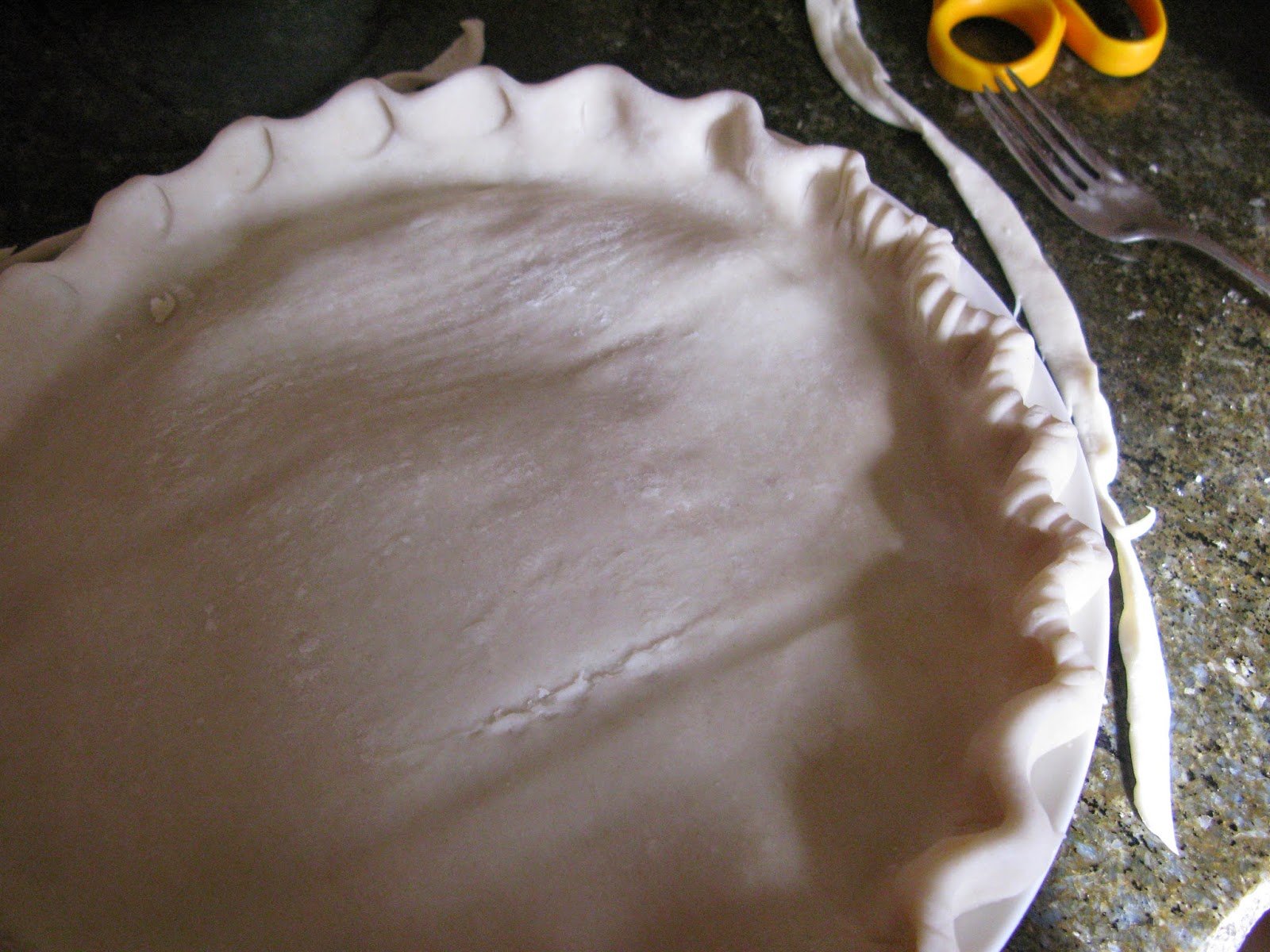 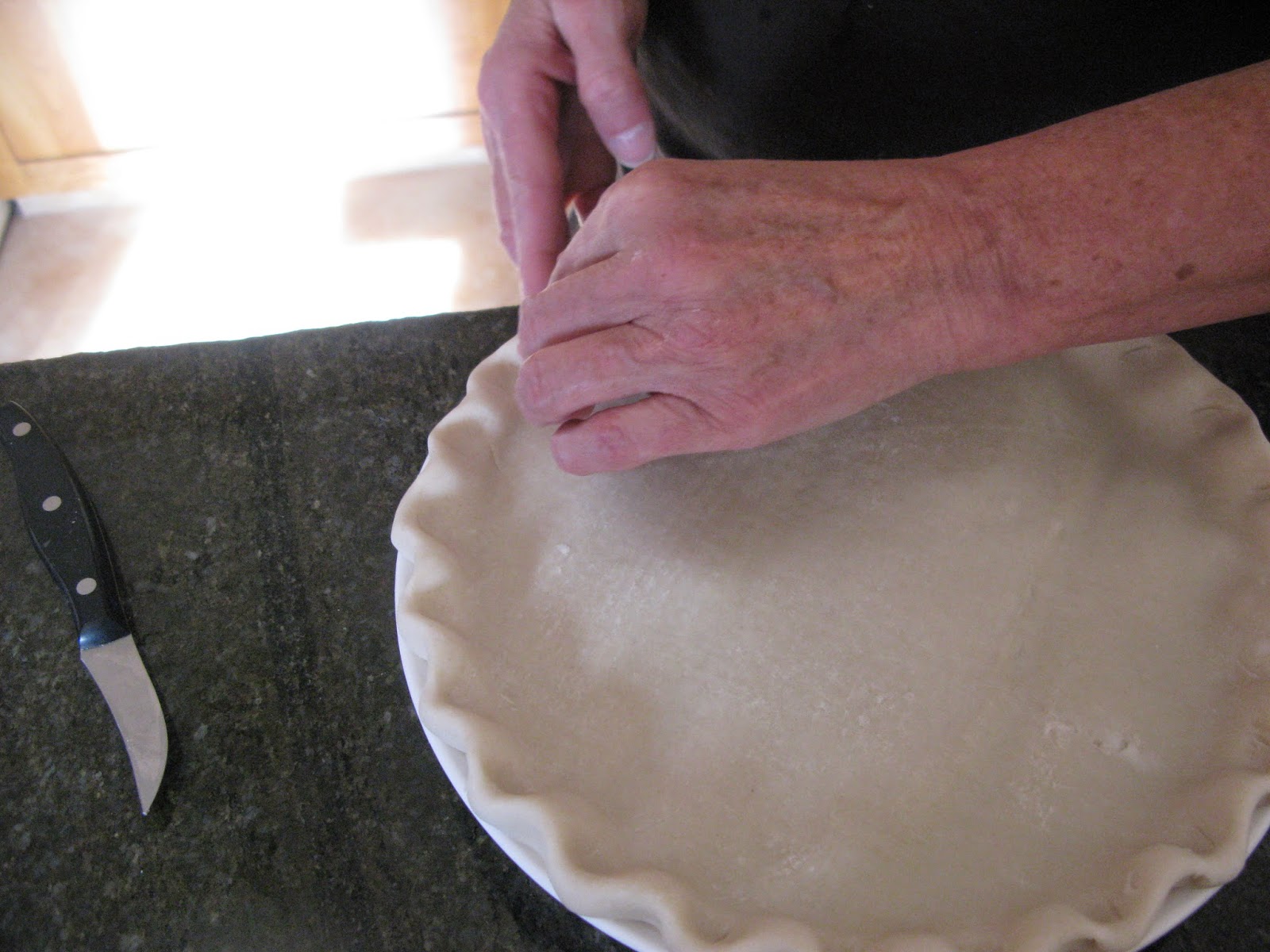 We brushed a beaten egg on top of the pie crust before baking it at 375 degrees for 40 minutes.  We lined the edges with tinfoil so that they didn't burn in the oven. 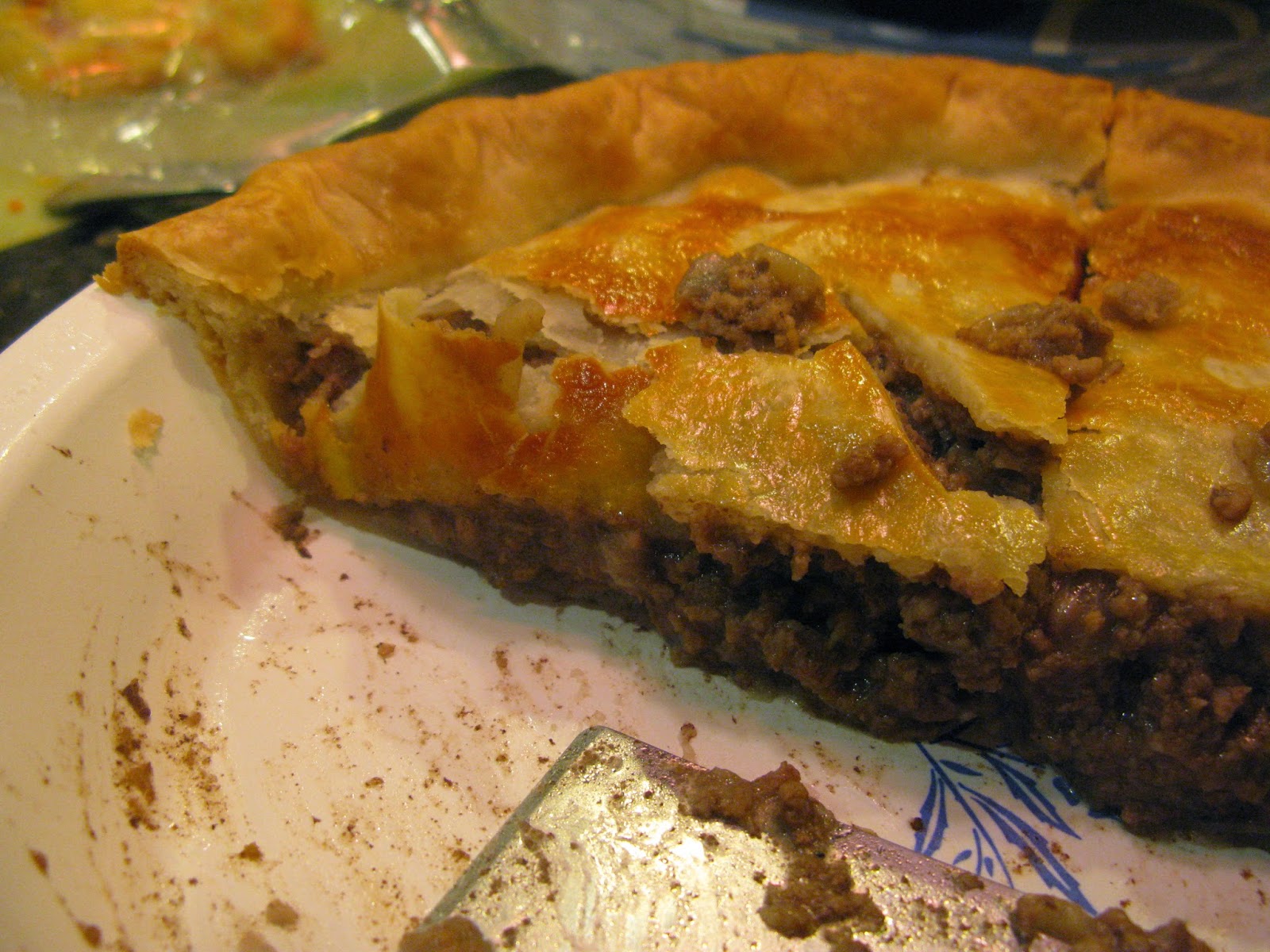 This was a superb recipe.  It was comforting, meaty, and filling.  The flavors were simple but satisfying. 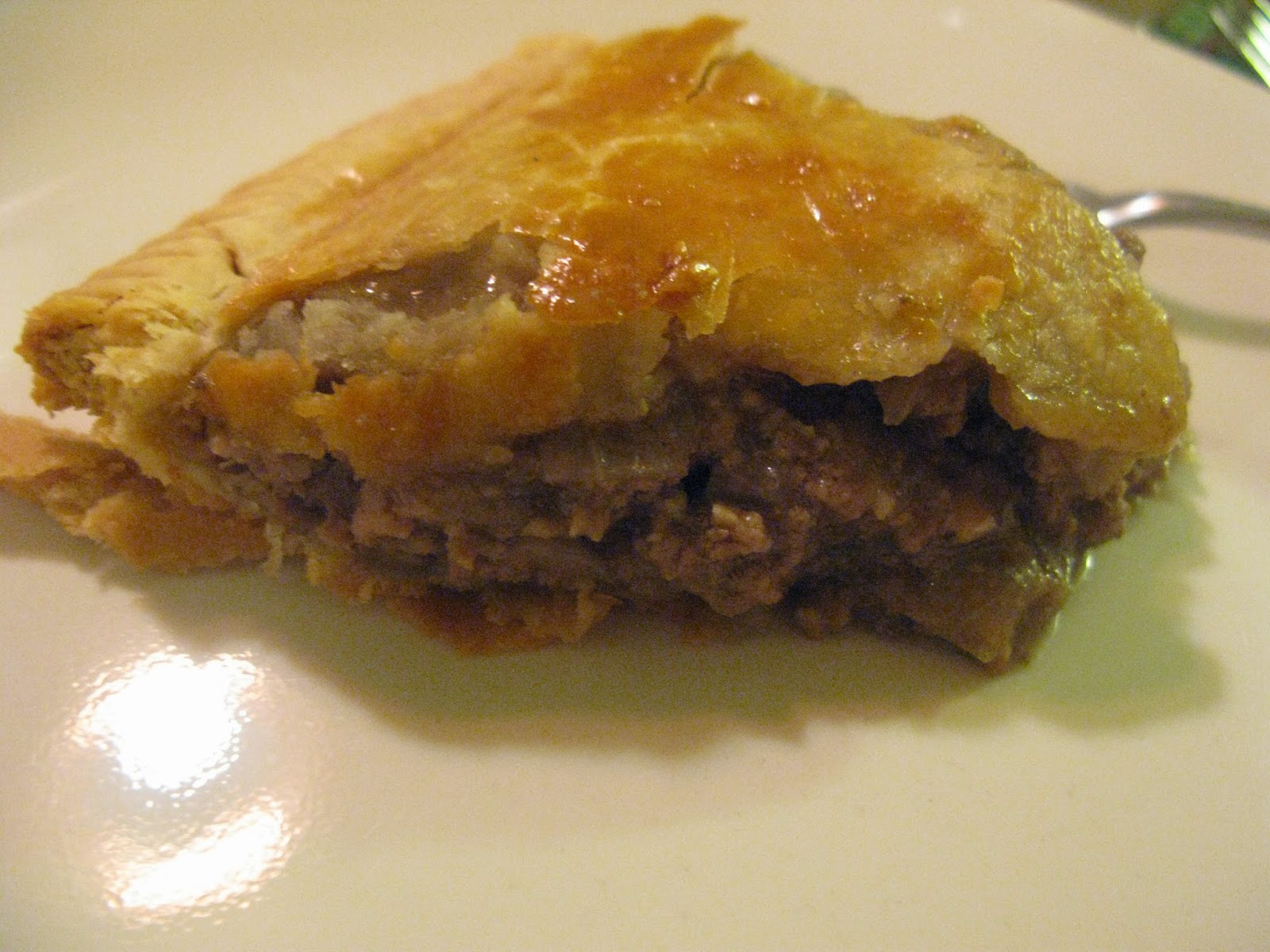 The meat had a deep, beef flavor.  It was cooked until it was incredibly tender. 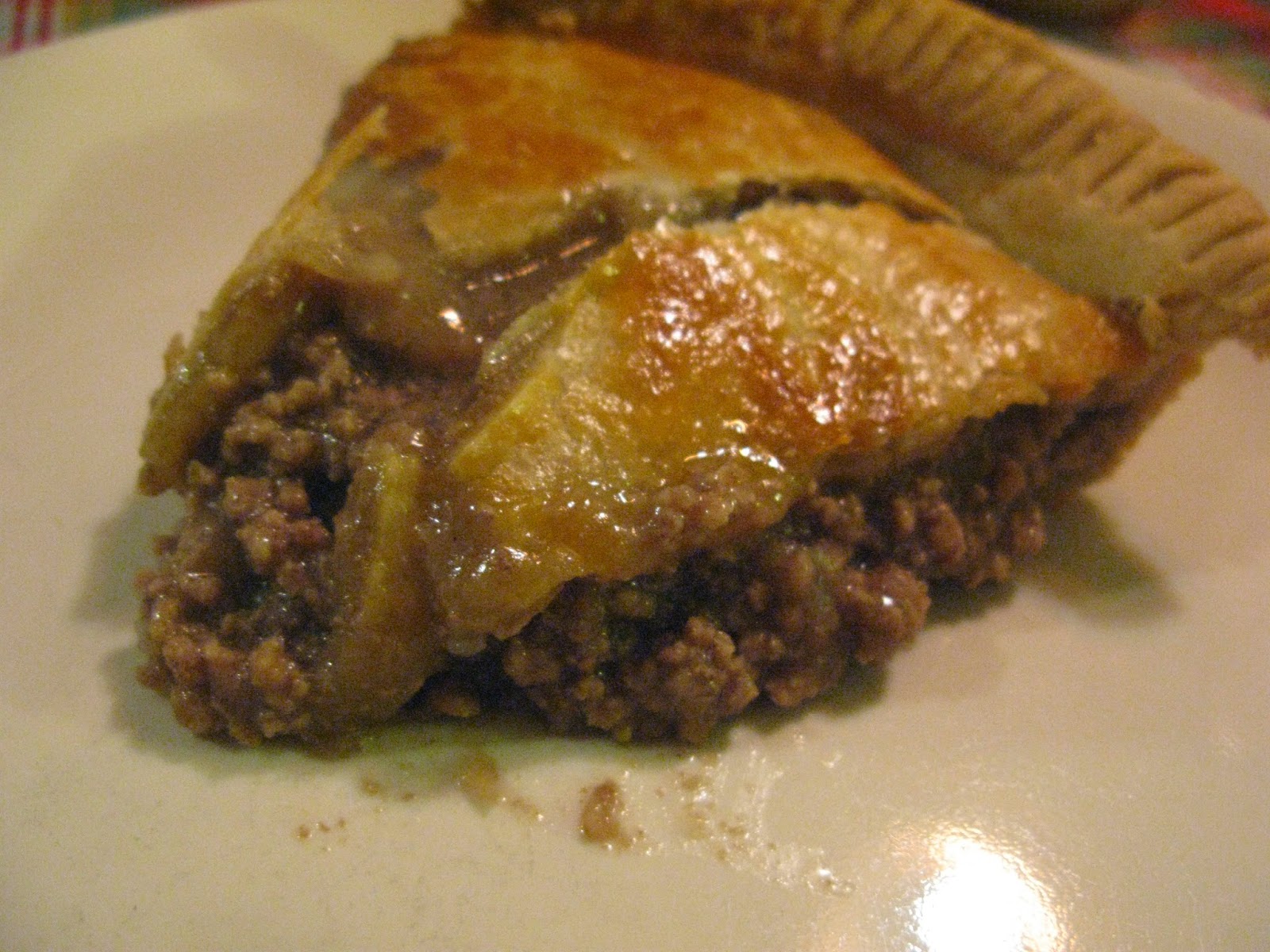 The filling was fragrant and succulent.  The crust was flaky and buttery.  It isn't a low calorie dish, but it is nourishing and sticks to ribs, perfect for cold, winter days. 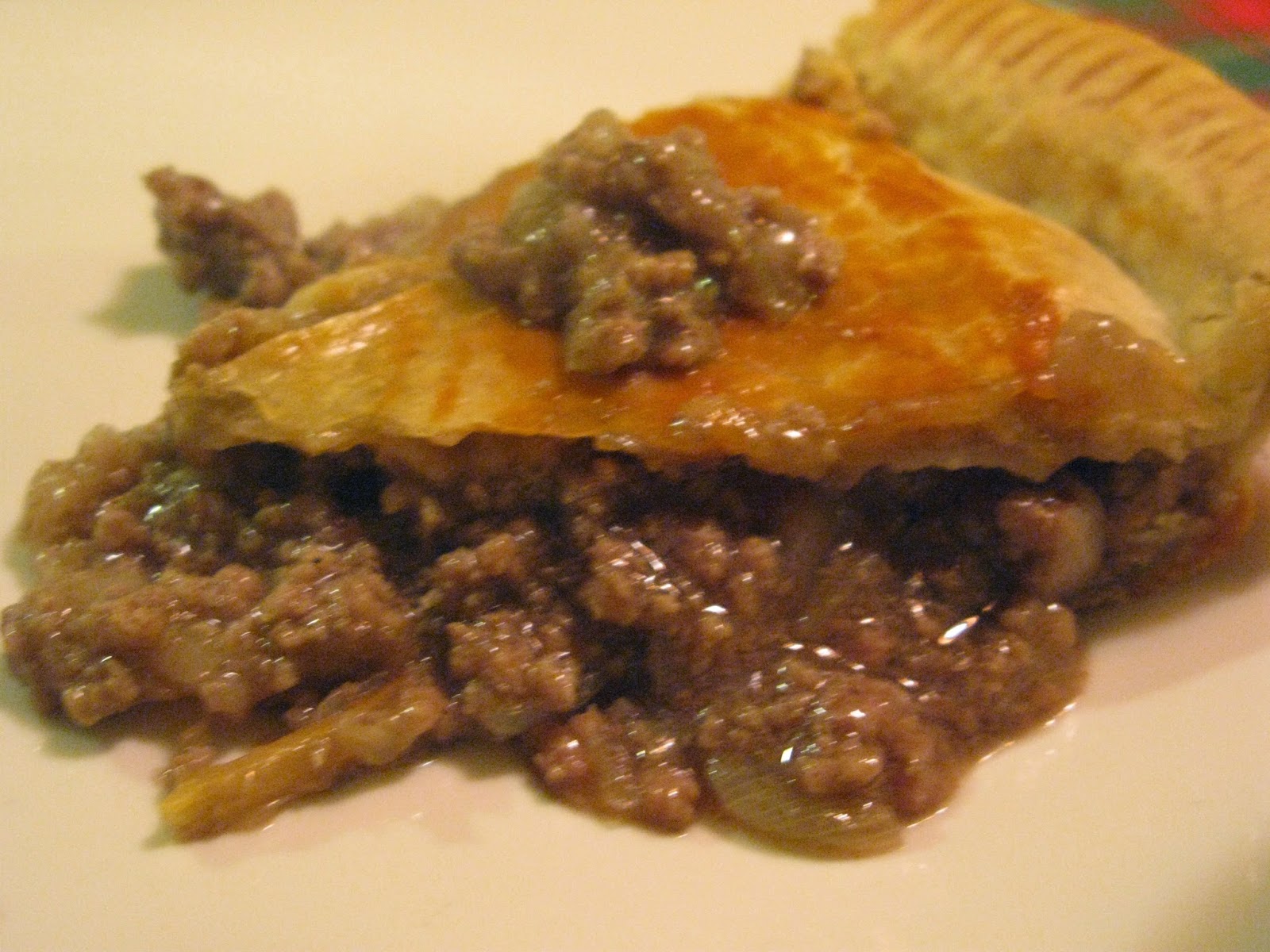 This sounds SO amazing!! I wish I were eating some right now on a cold and stormy night!

What a great dinner pie!!

Such a hearty recipe! So perfect for this frigid weather.

What a fun tradition! I love the idea and this pie sounds so hearty and comforting. Perfect winter food :D