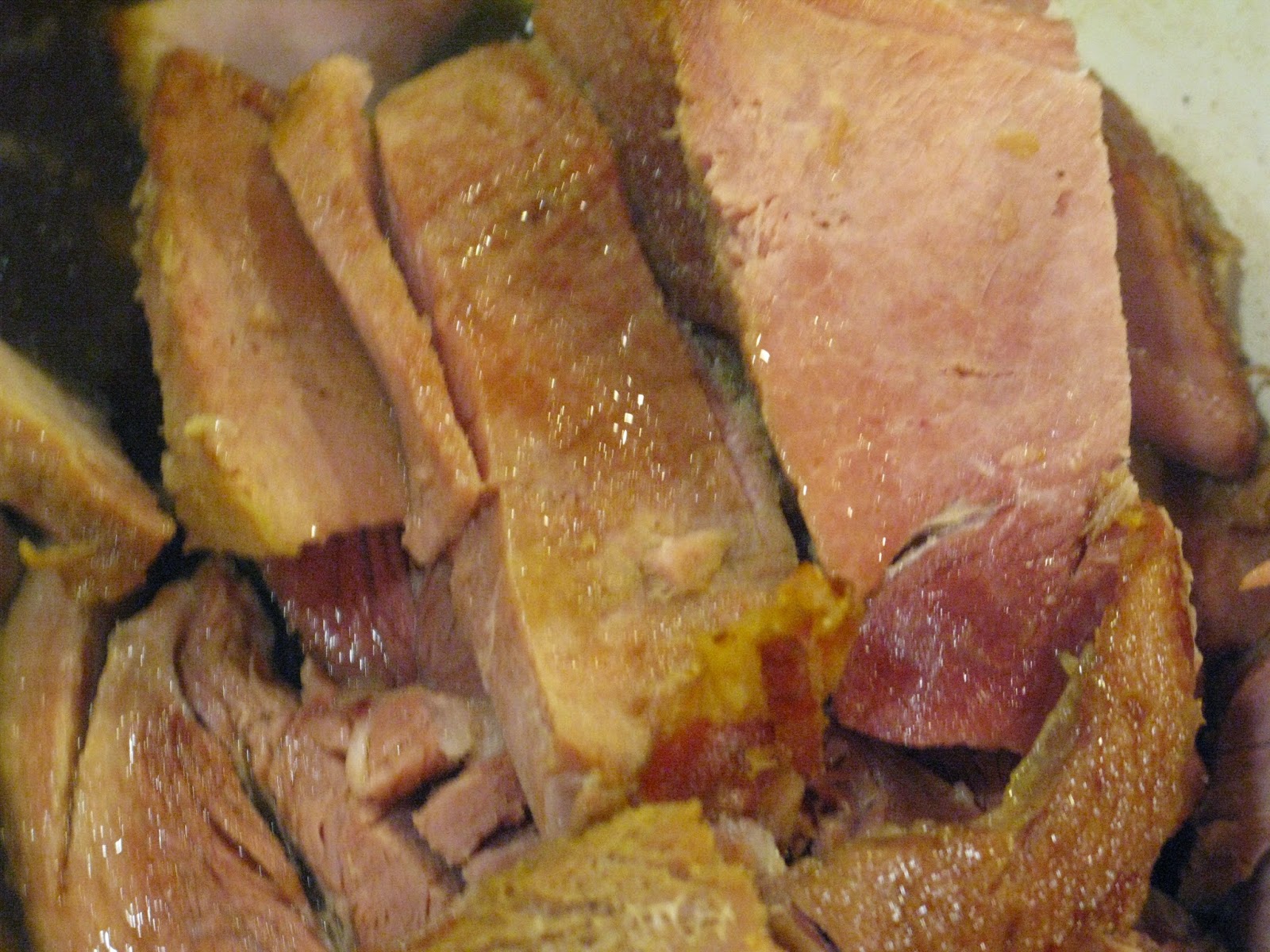 Earlier this week, the electricity in my power went out.  It was off for almost twenty-four hours.  It would not have been a problem, but it was also below freezing. 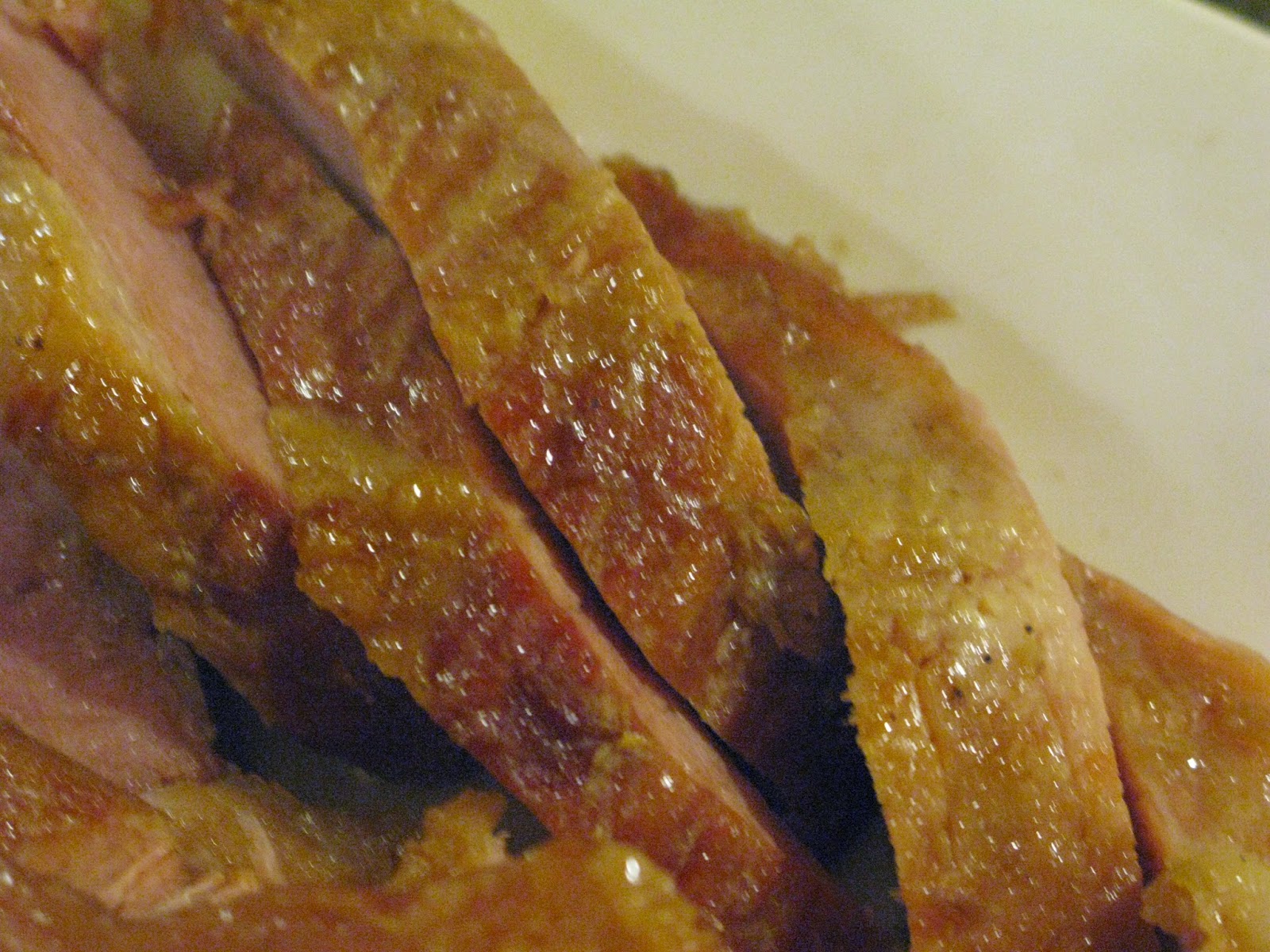 That night I went to bed wearing multiple layers.  I was also inside my sleeping bag under my covers.  I am grateful I own a sleeping bag. 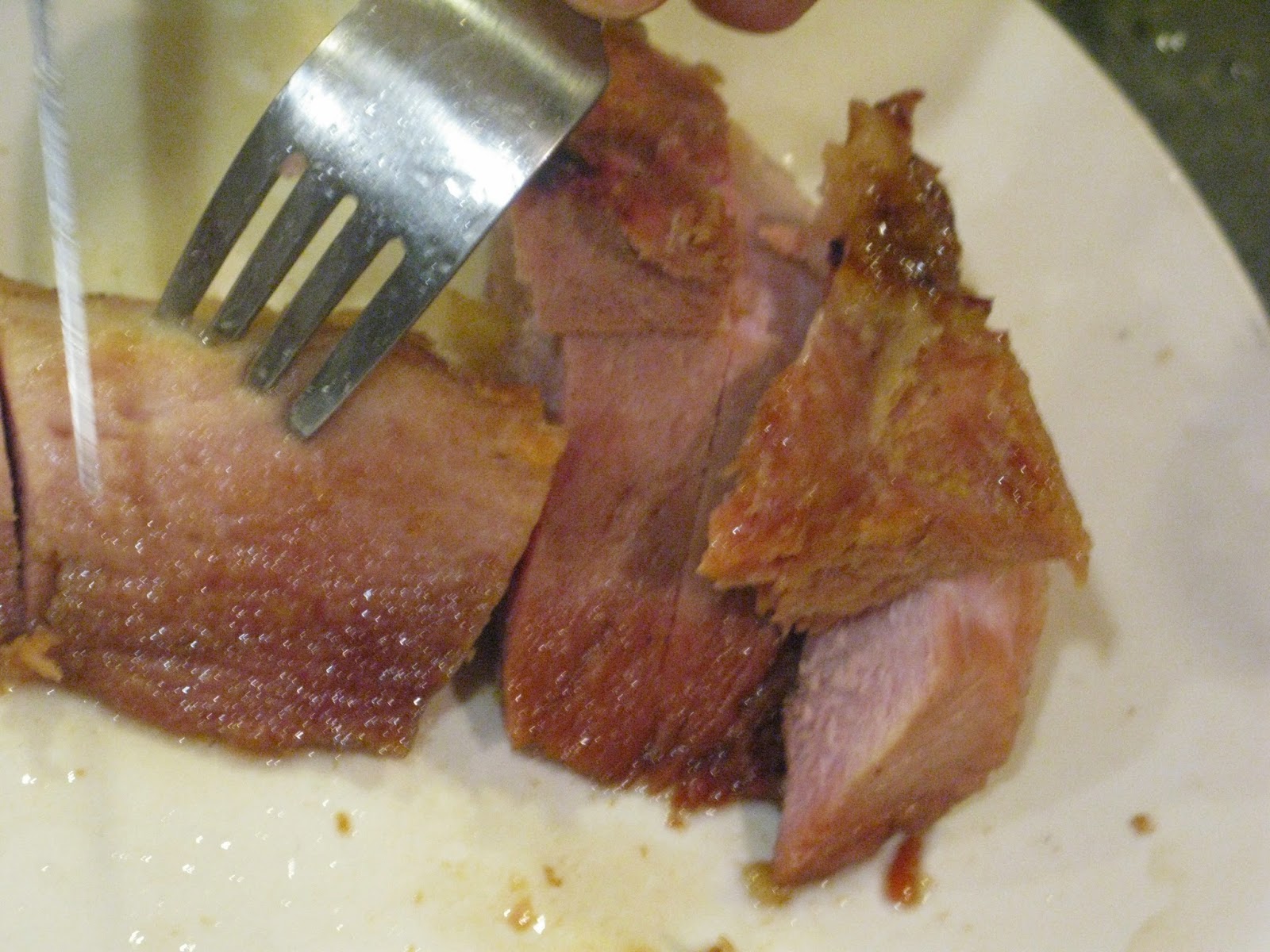 The last time I experienced a power outage, it was summer.  It was hot.  The power was out for almost a week.  We had to throw away all the food in our freezer. 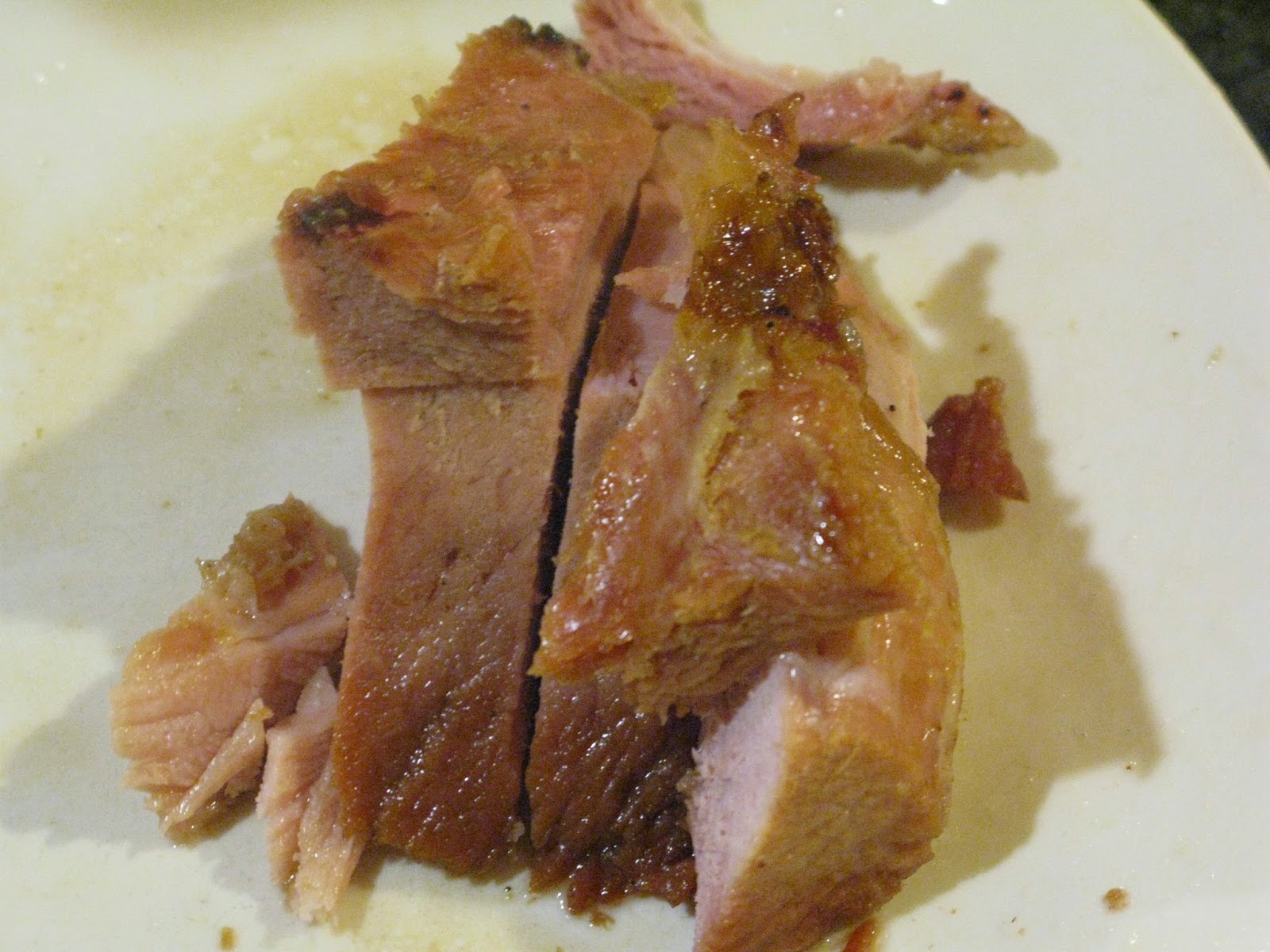 I can't even imagine life without electricity.  Experiences without power make me very grateful.  Most of the time I don't even think about electricity;  I just take it for granted. 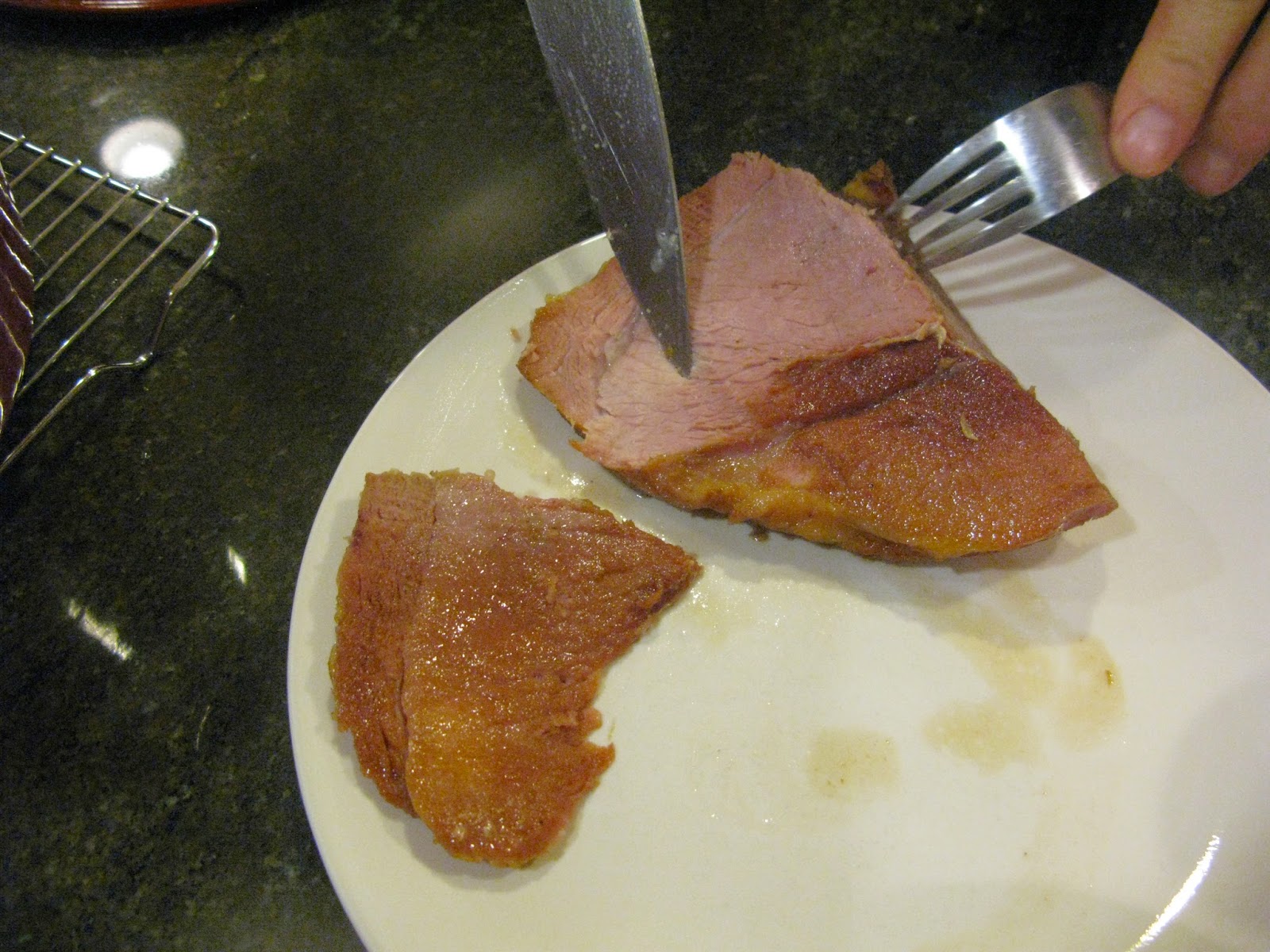 I made this ham over Christmas at my parents' home.  The recipe came from allrecipes.  The ham came from a pig my parents bought.  It wasn't a pet; they took it directly to the butchers. 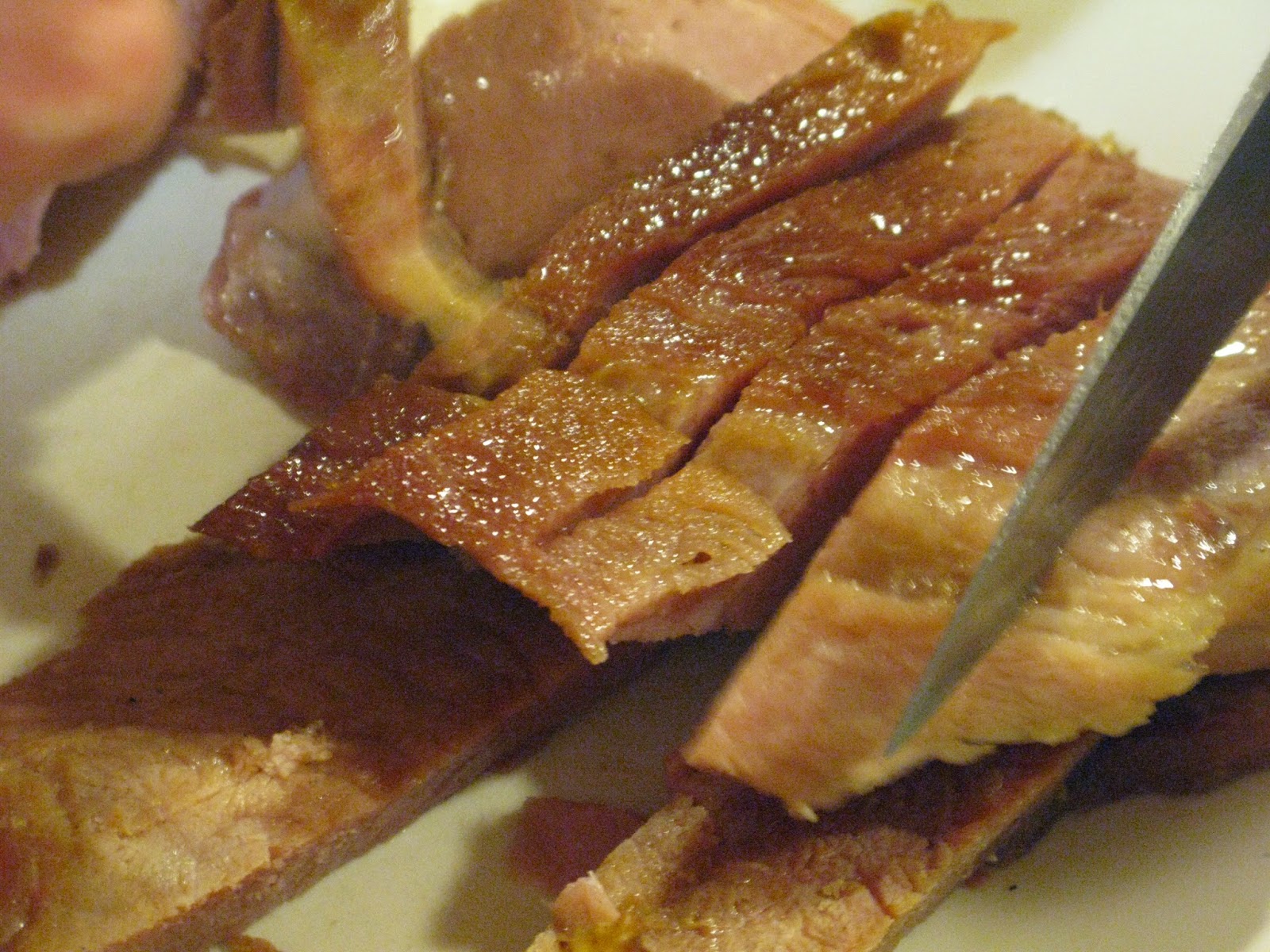 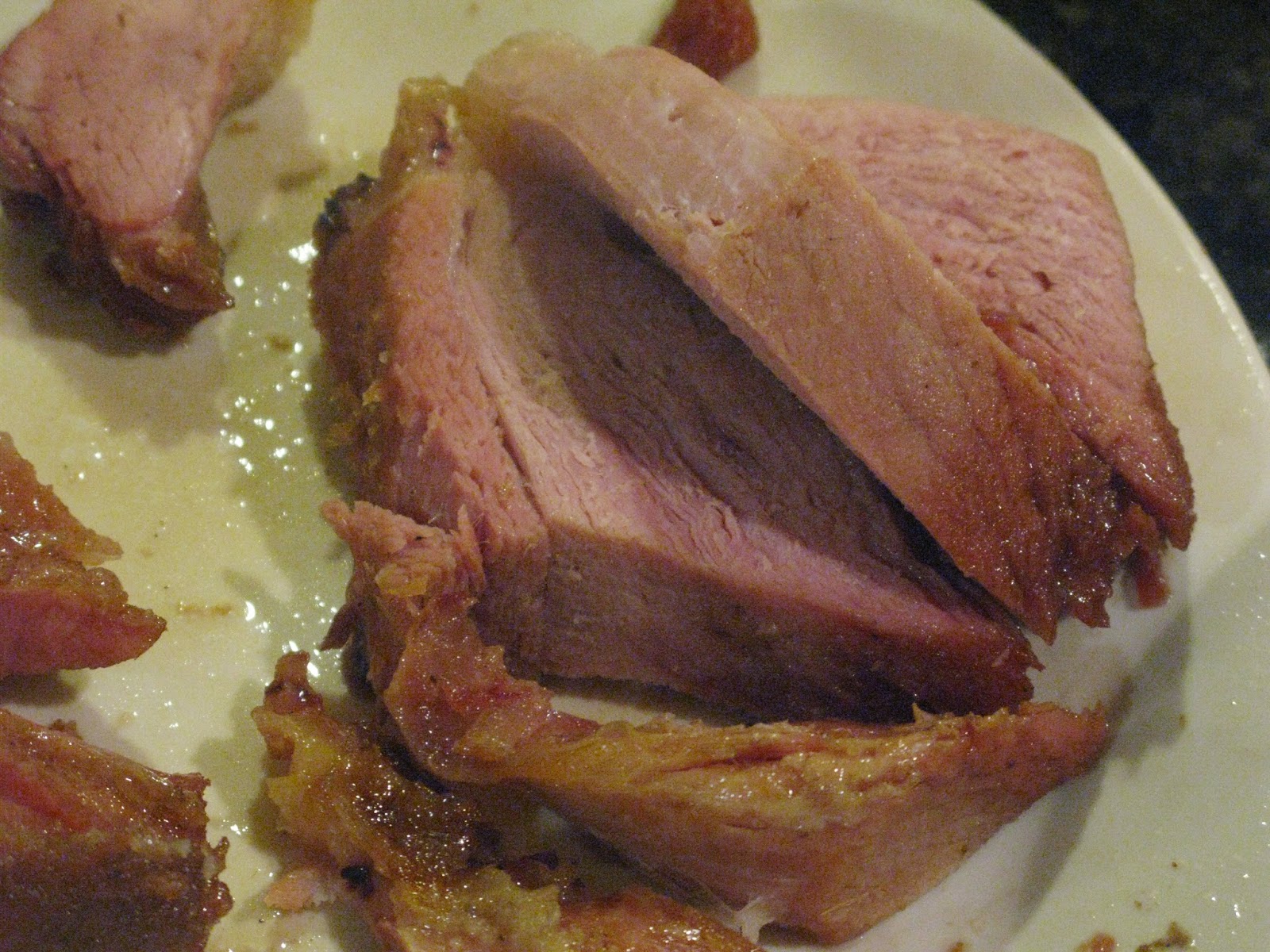 We put the ham into a dutch oven.  We added two inches of water and covered the pan with a lid.  We baked it for six to eight hours at 275 degrees. 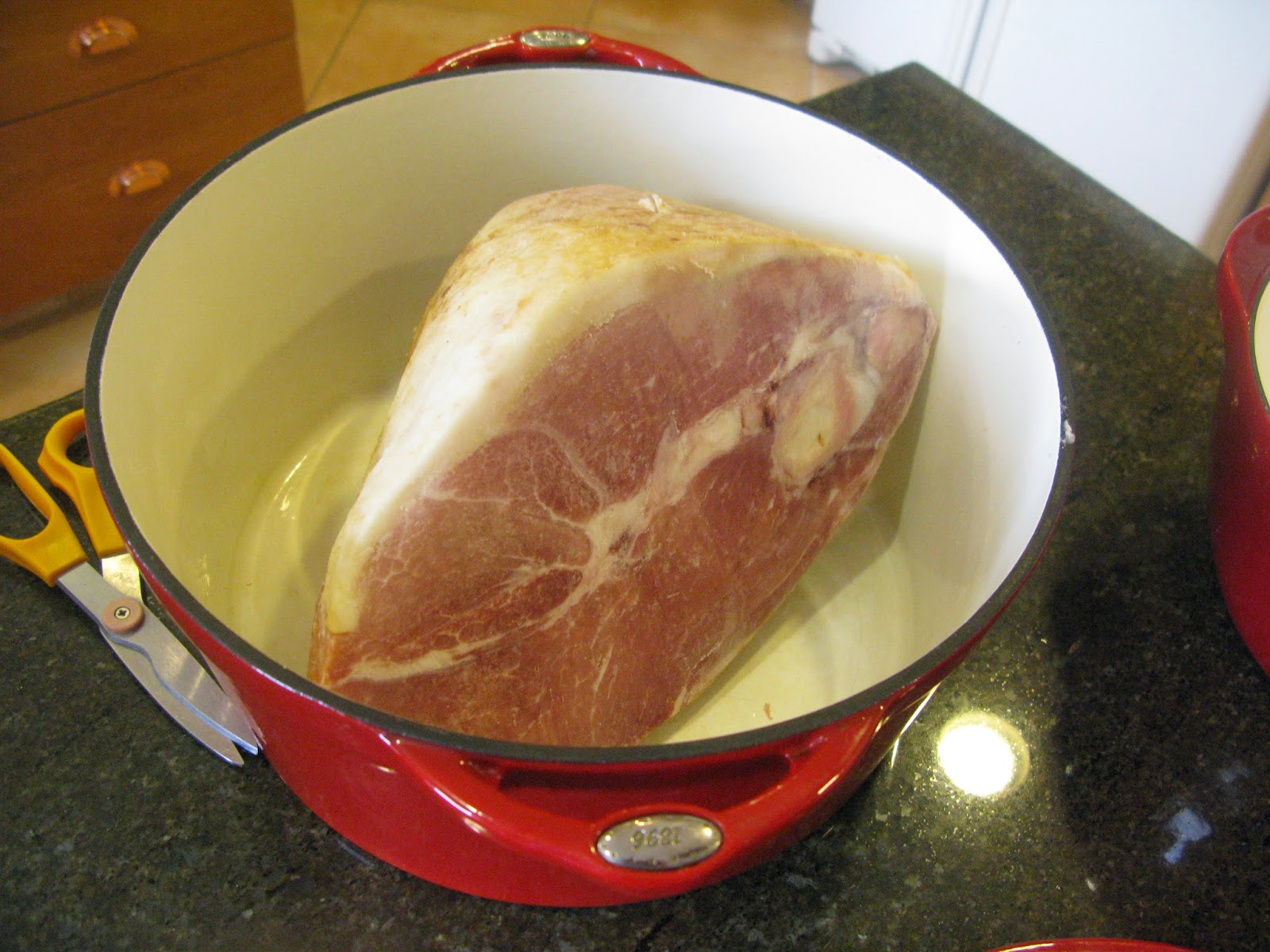 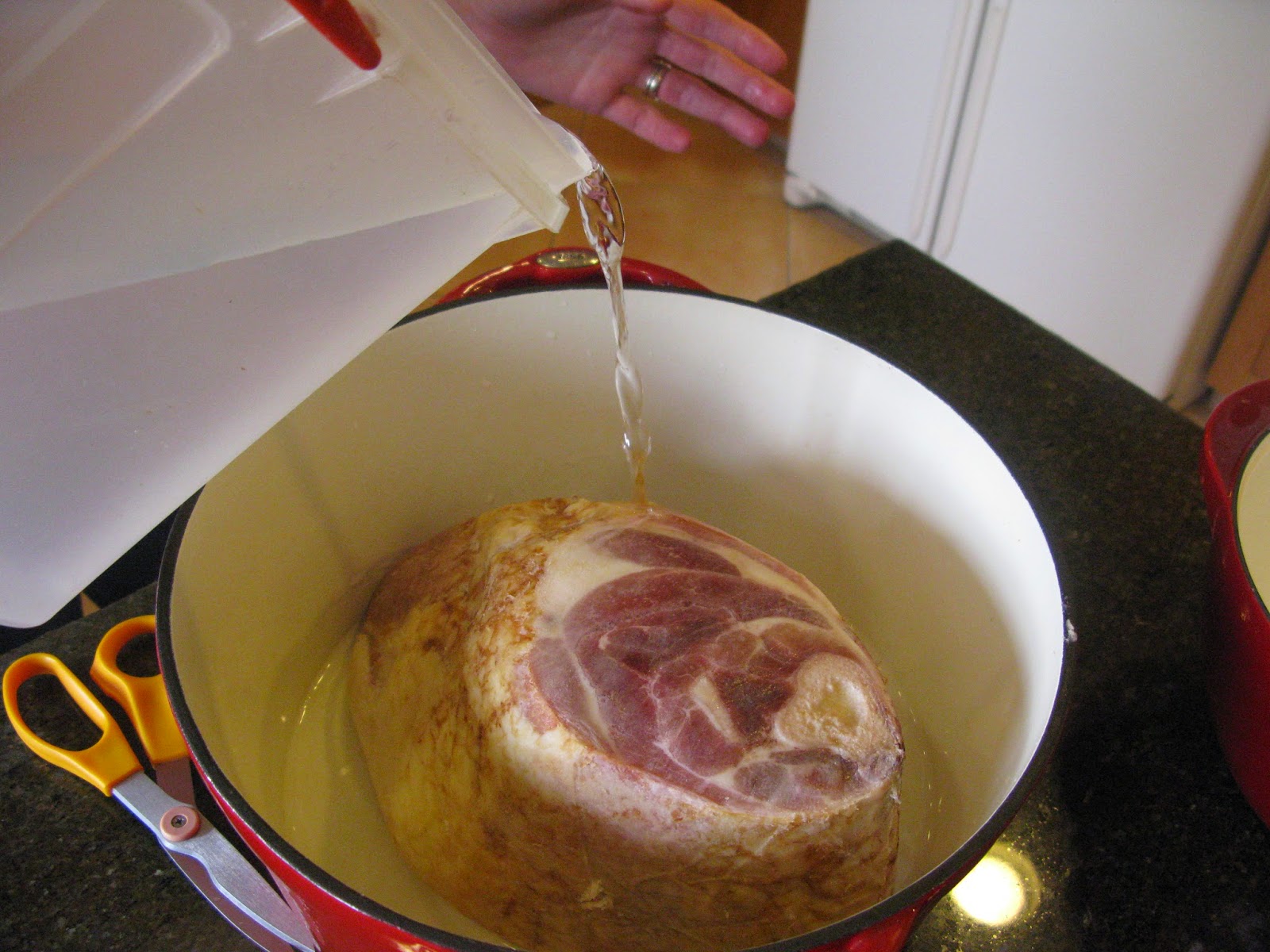 We drained and reserved the drippings. 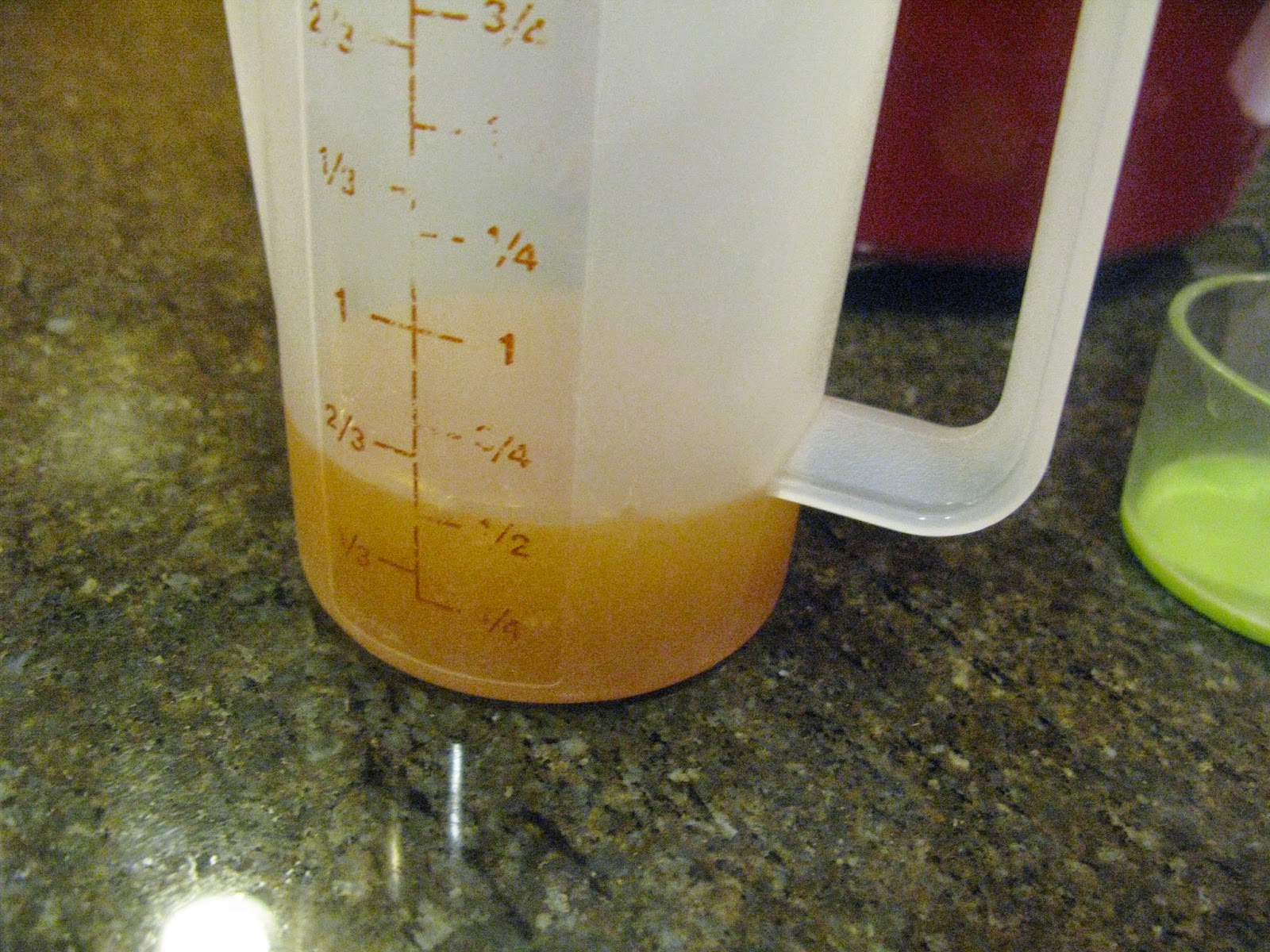 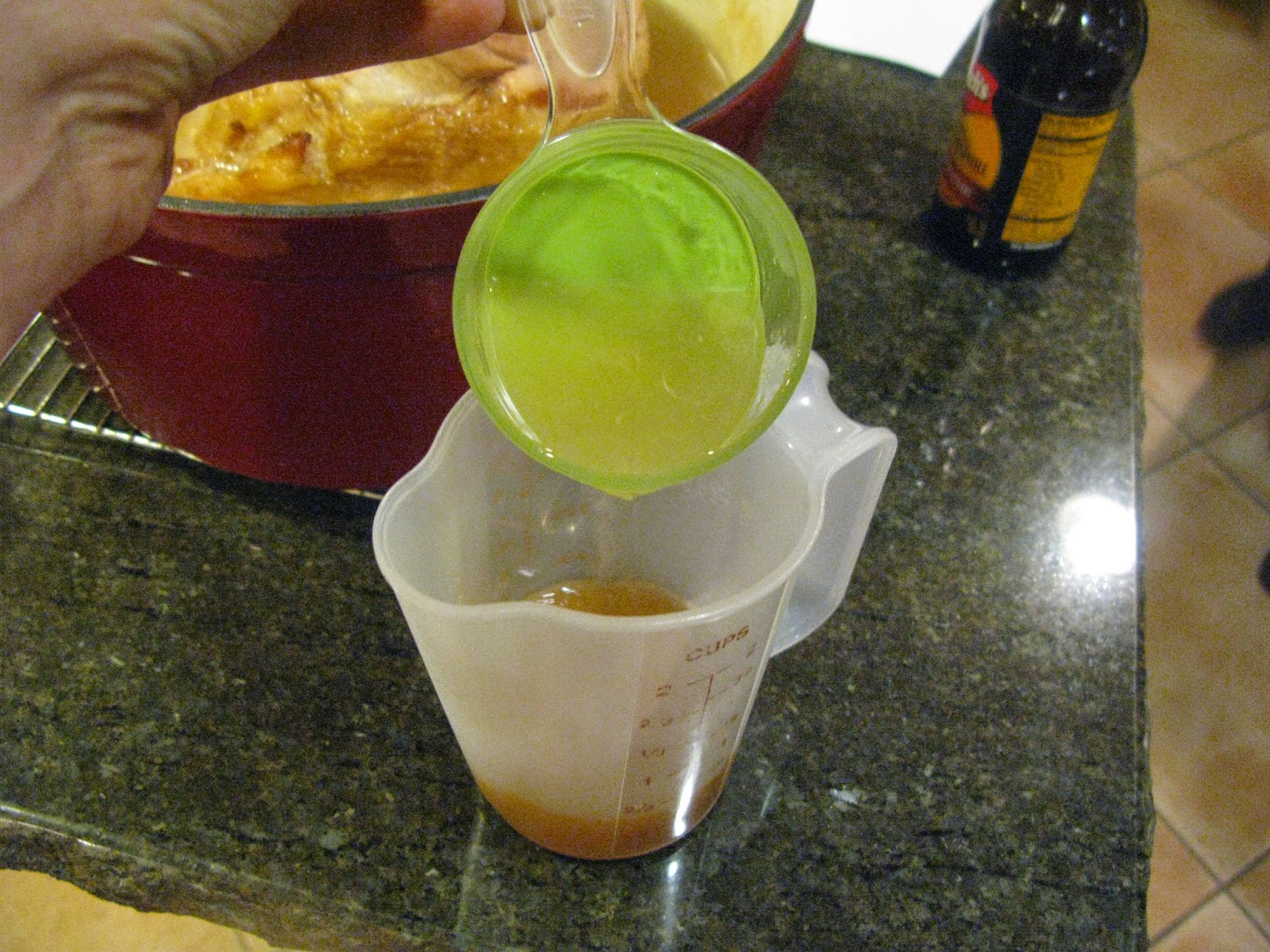 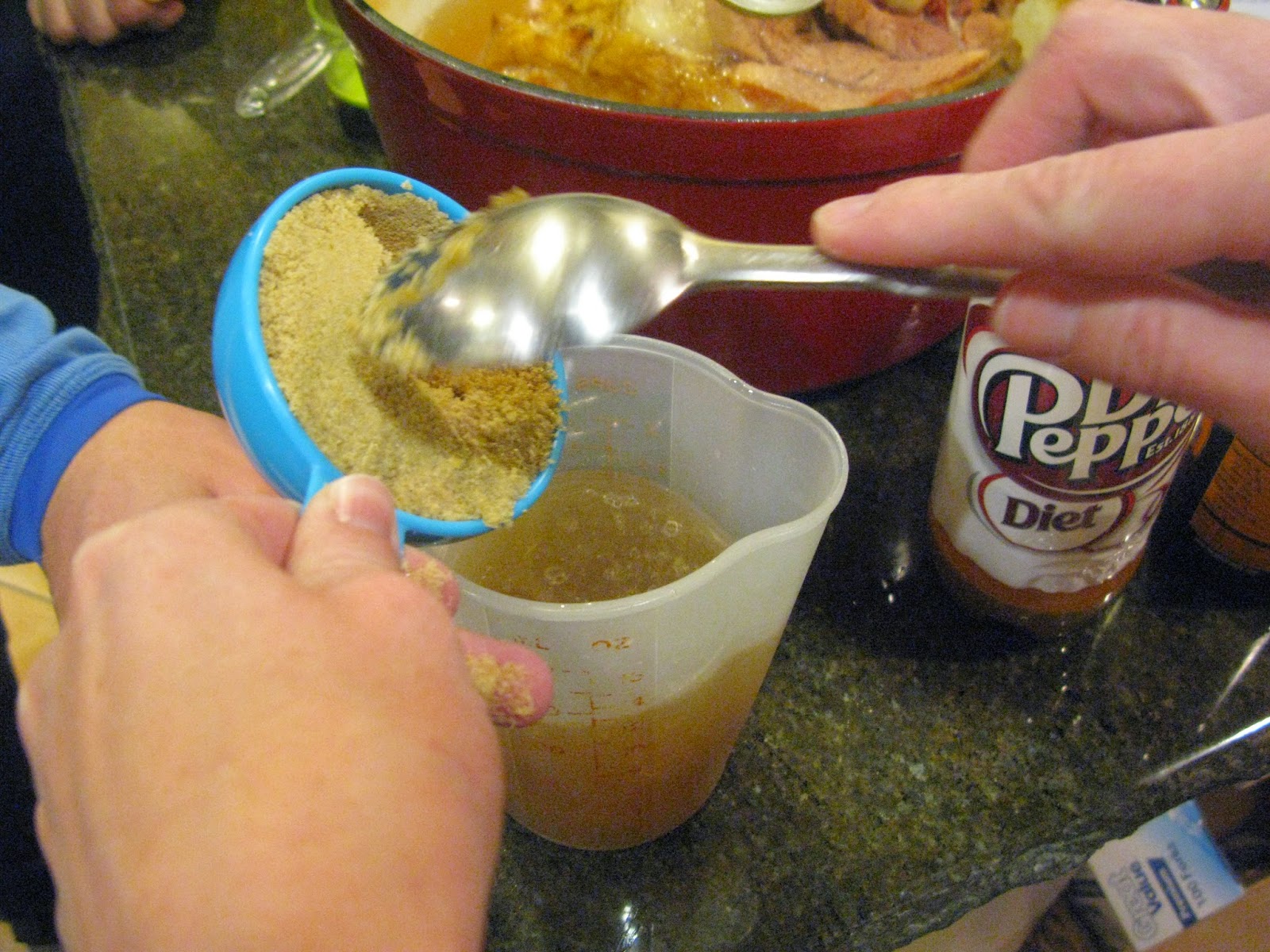 We added the Worcestershire sauce and ground cloves to the drippings. 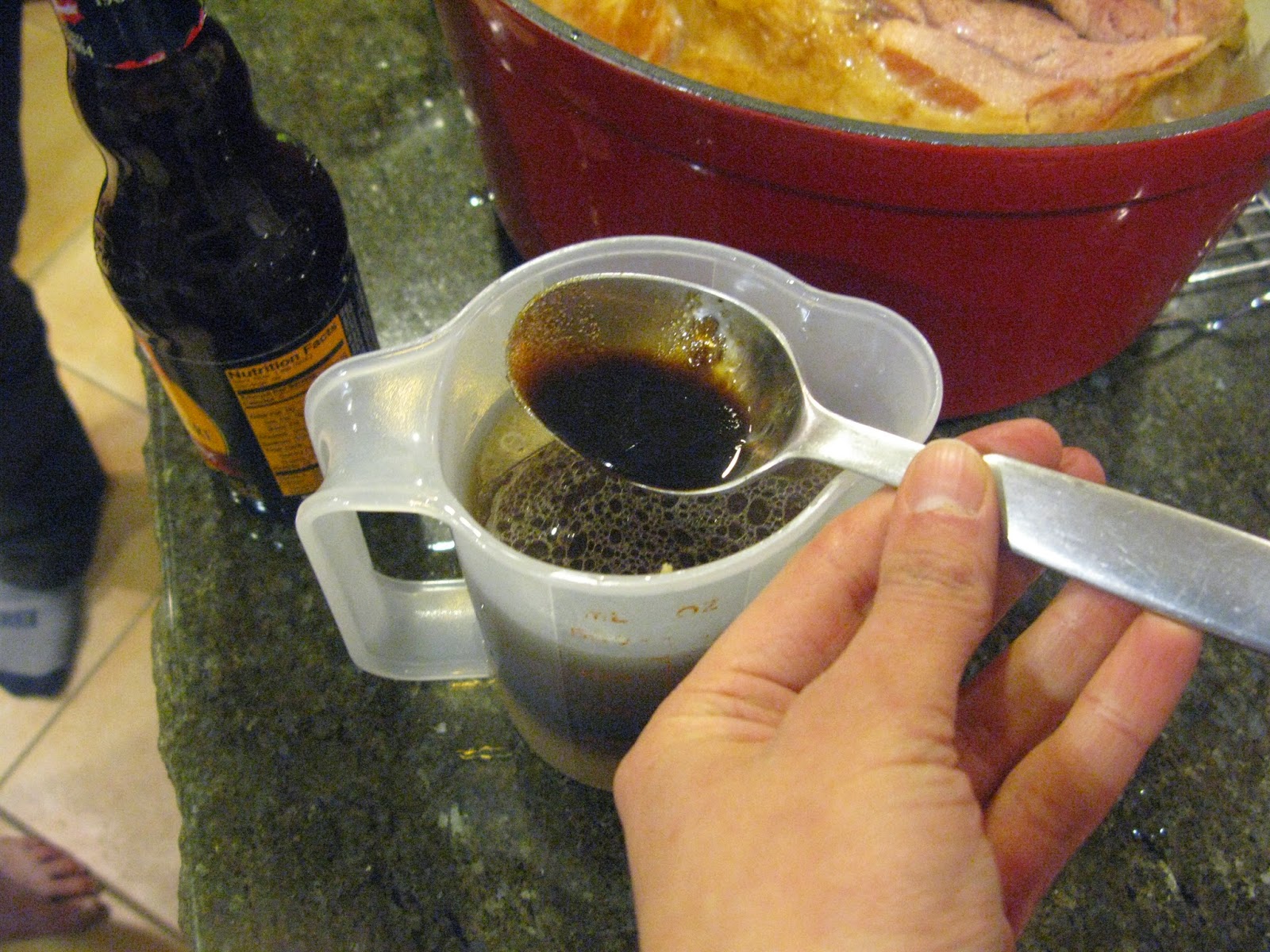 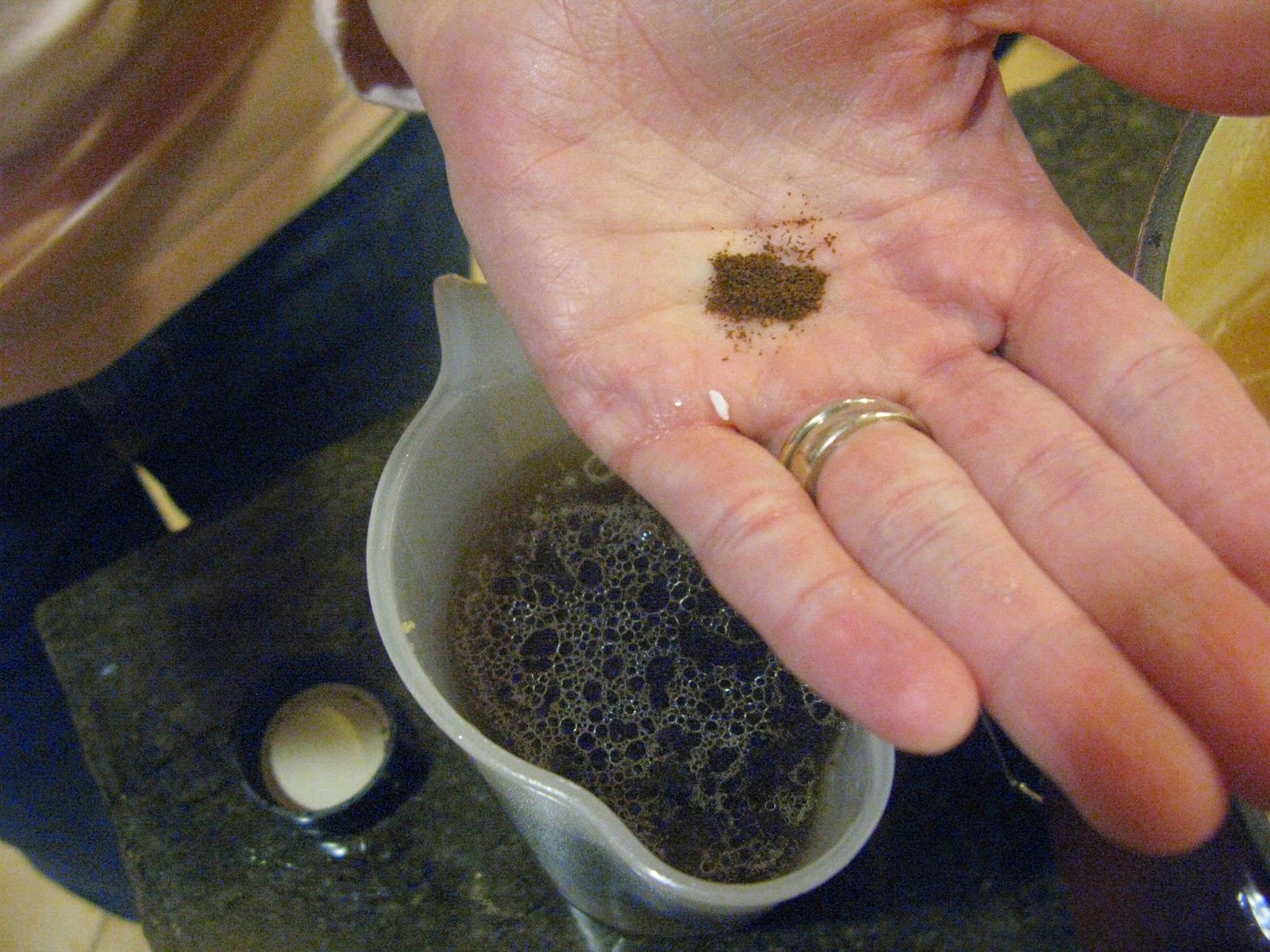 We removed the ham bone.  It was an earthy process.  We put the ham back into the dutch oven. 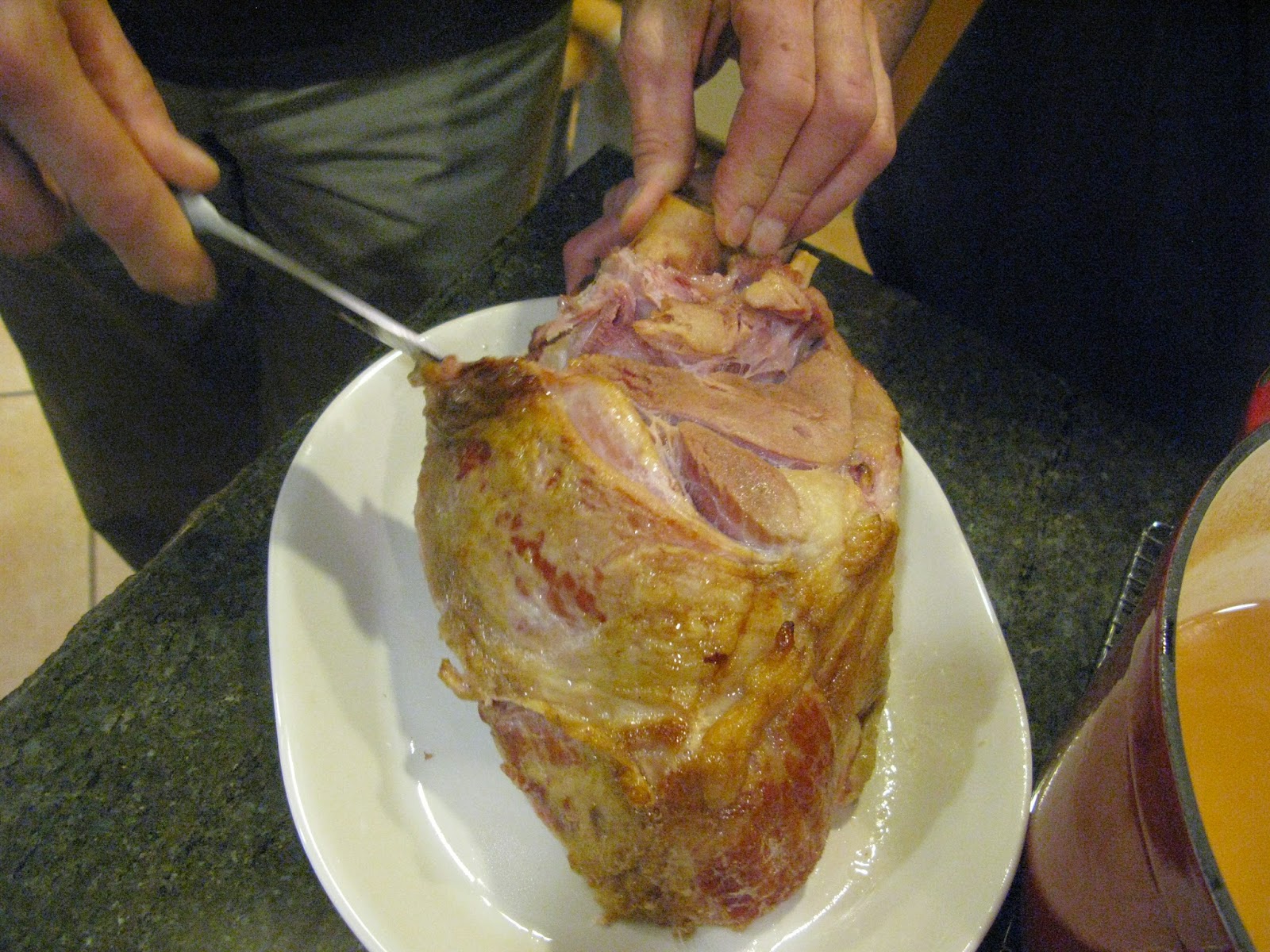 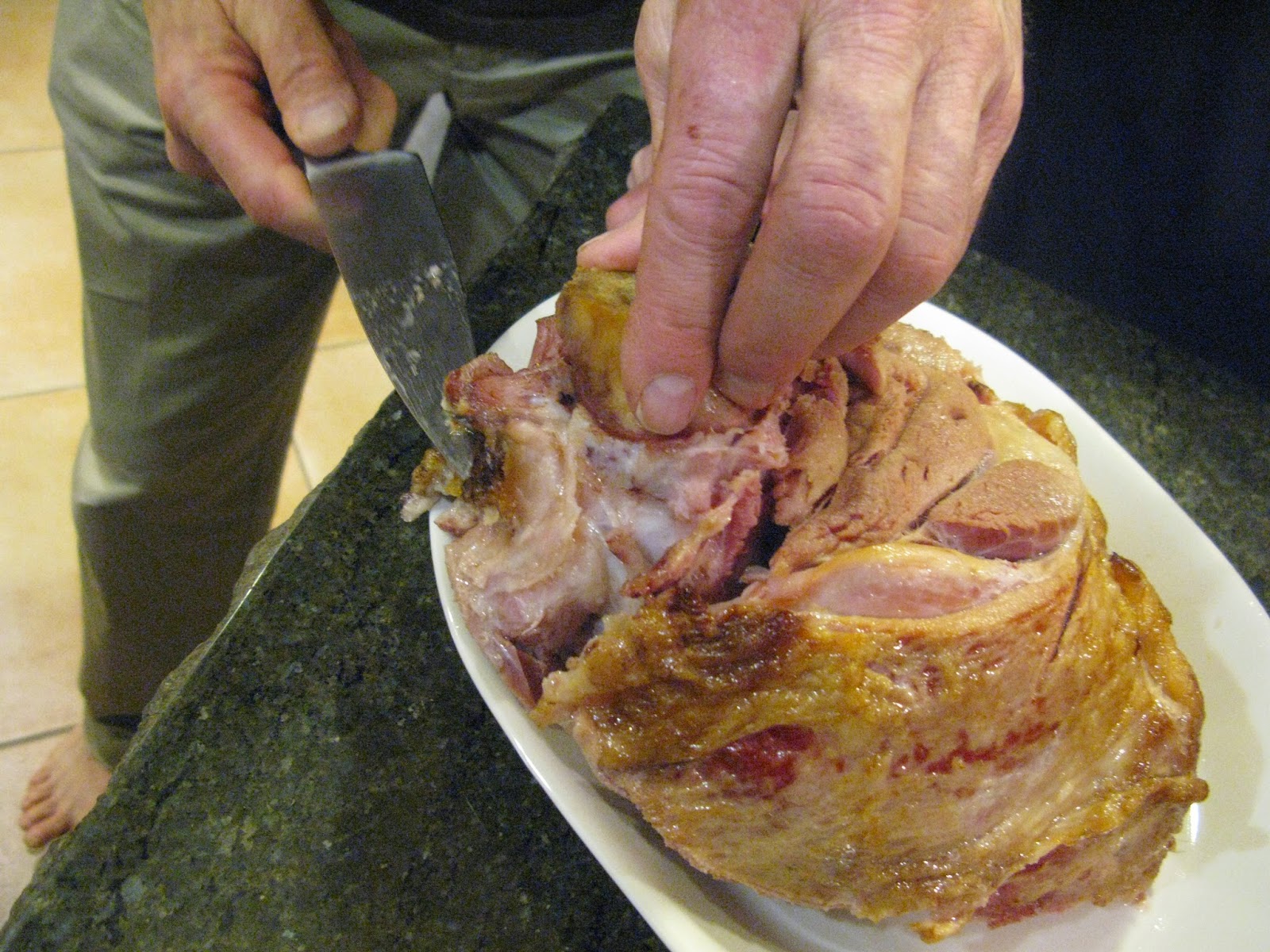 We poured the drippings mixture over the ham.  We baked the ham for another 30 minutes. 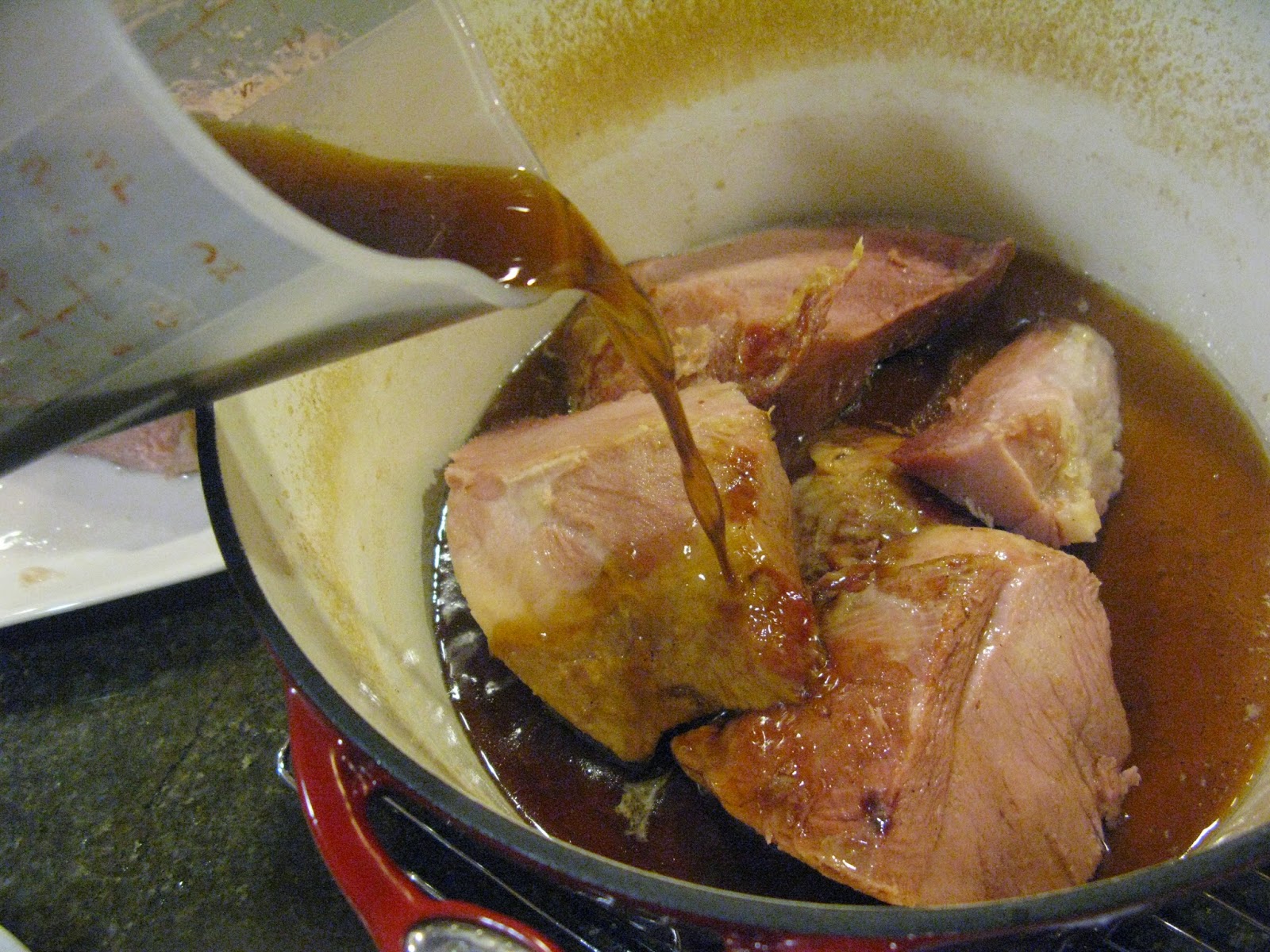 We let it rest for a few minutes and then sliced it up. 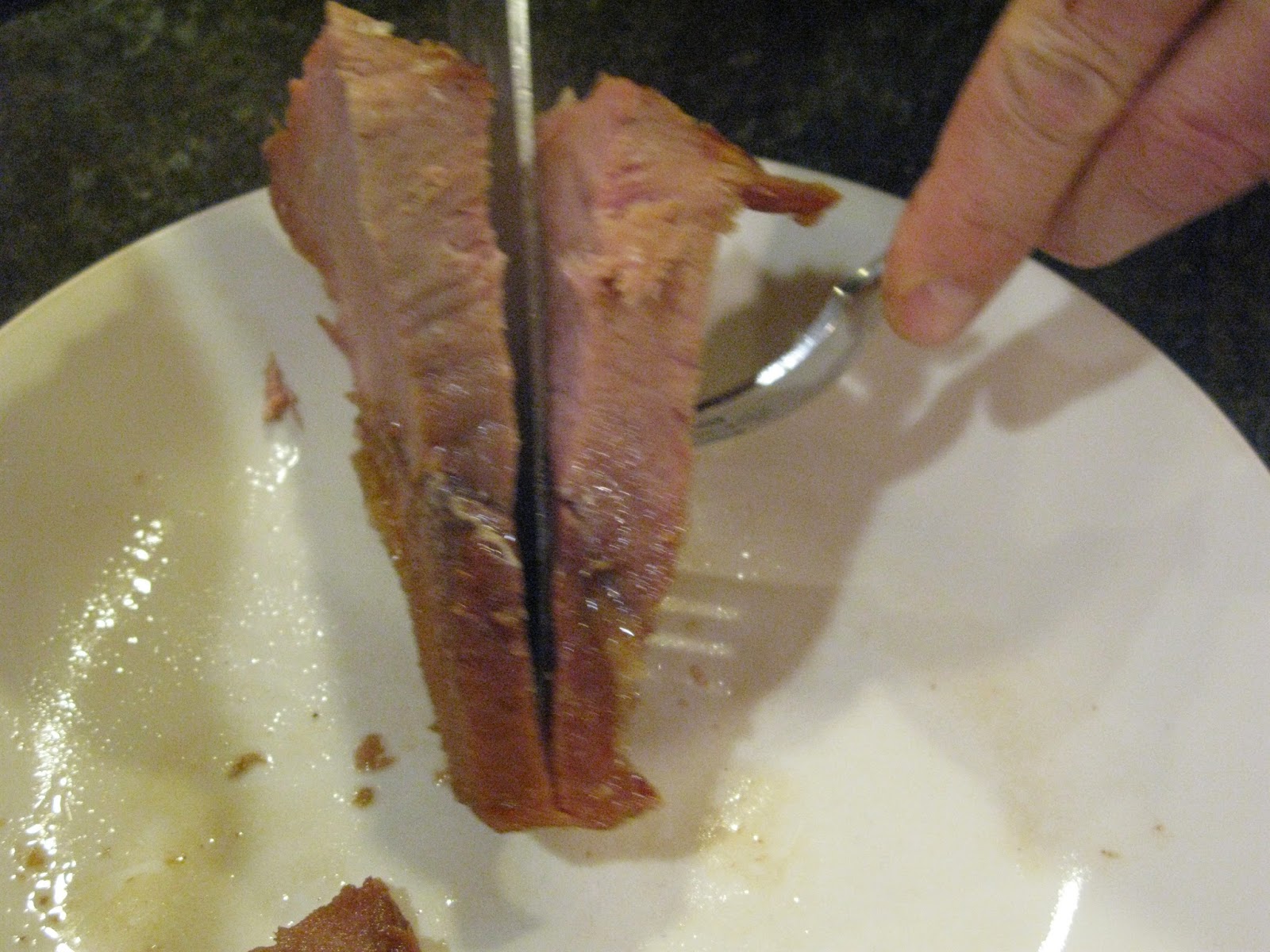 The photos don't do the ham justice.  It was one of the best hams I have ever eaten.  It was succulent, savory, and moist. 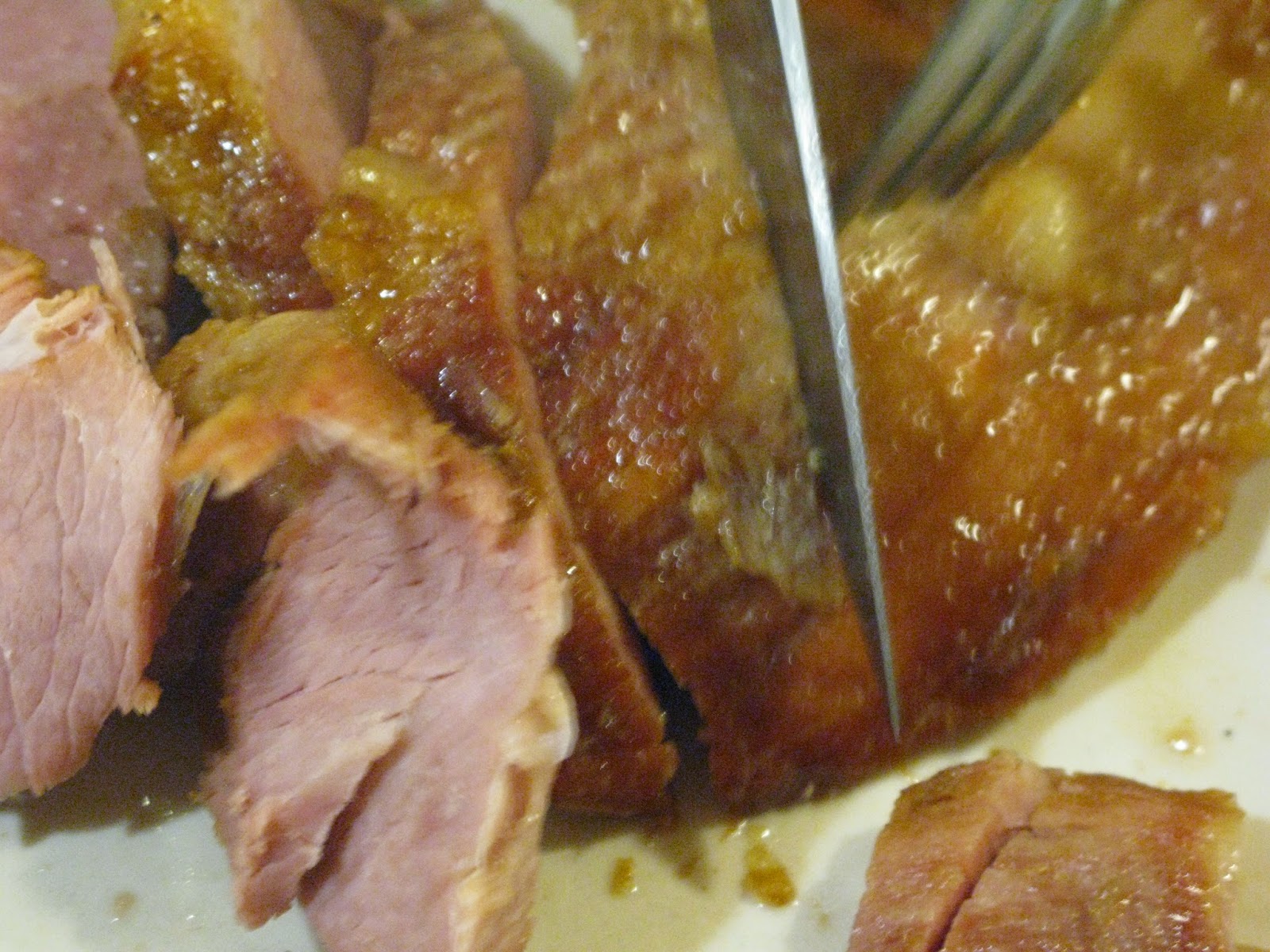 The ham was sweet from the honey and brown sugar.  It was so tender that removing the bone was surprisingly easy. 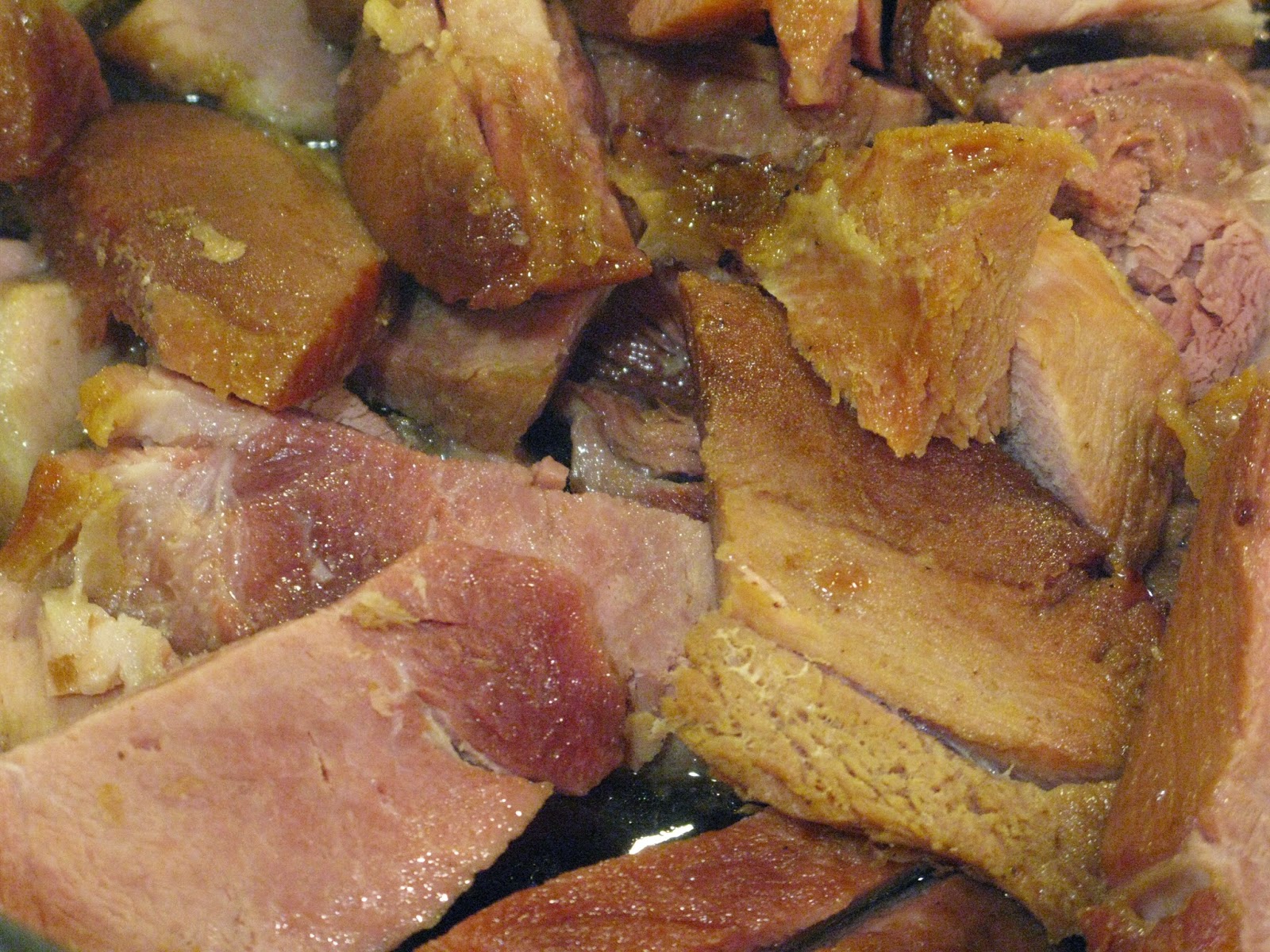 Some of the photos look a little unappetizing, but don't let that discourage you.  It was excellent!  The next time I bake a ham, I'll use this recipe. 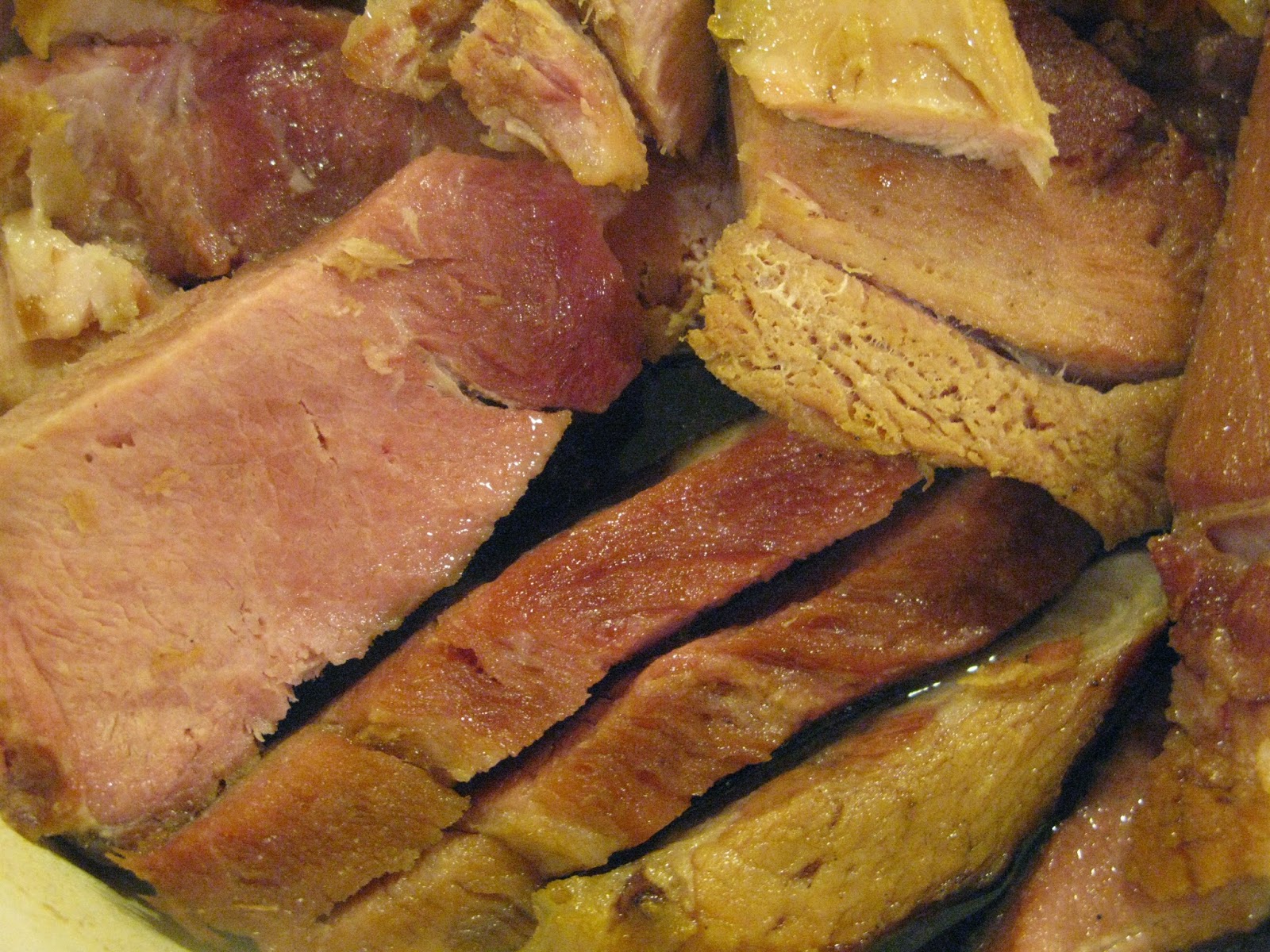