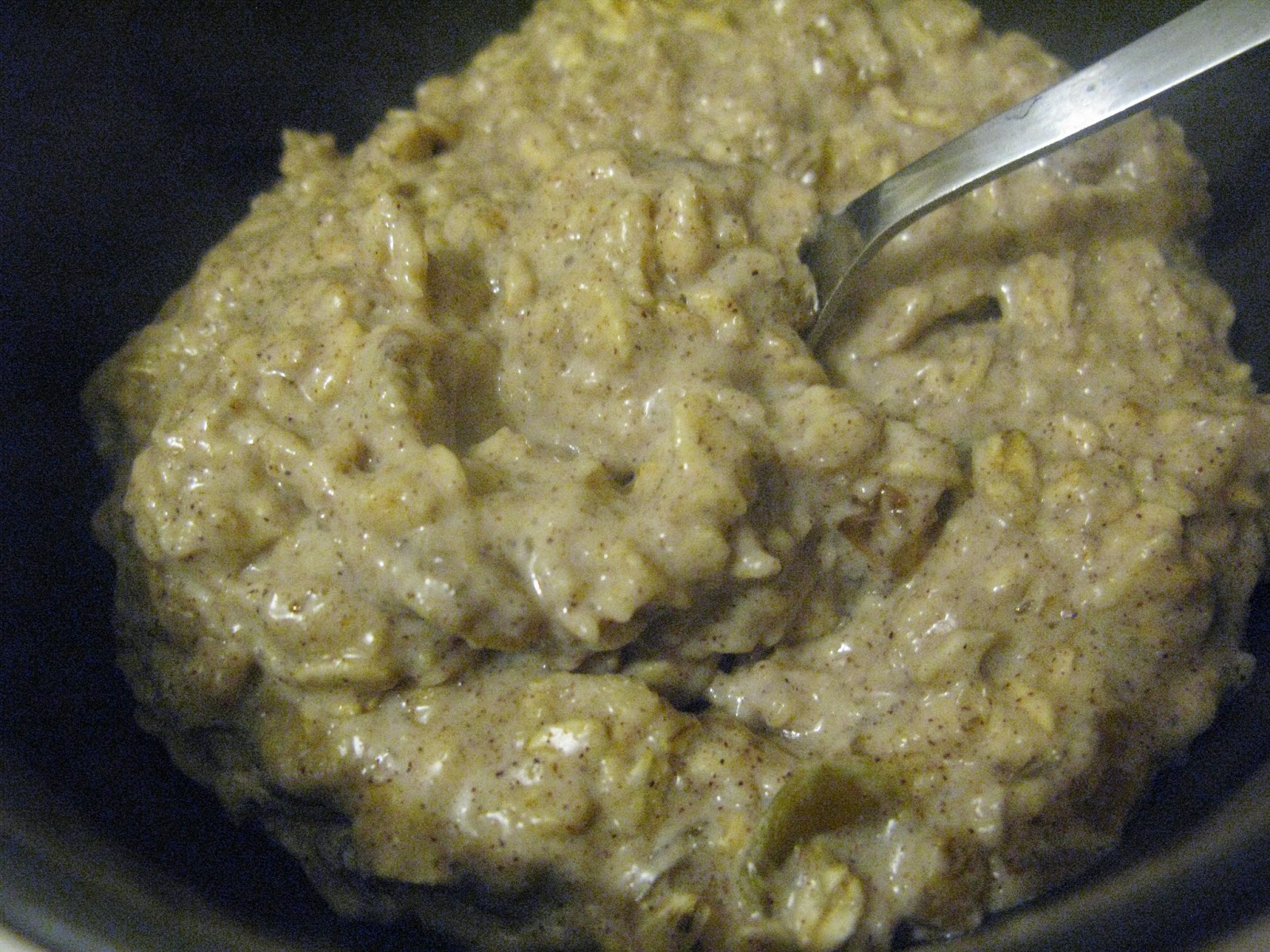 Oatmeal is one of the least attractive things to take pictures of.  It's hard to make a big bowl of oatmeal look tantalizing and seductive.  It's too mushy and monotone. 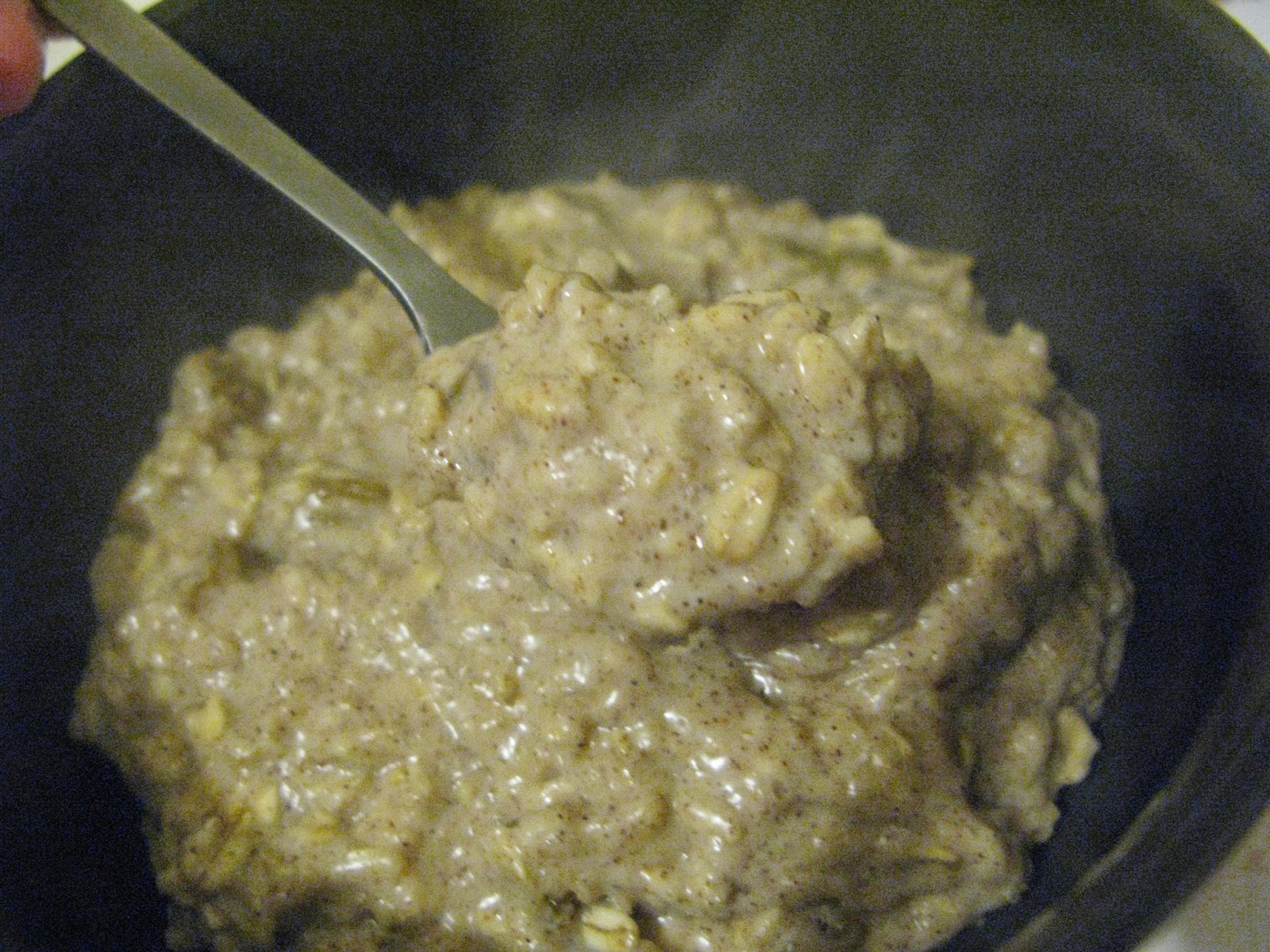 Despite the fact it will never make the cover of Better Homes and Gardens, it is one of my favorite breakfasts.  My favorite way to eat oatmeal is with heaping spoons of brown sugar and slices of banana. 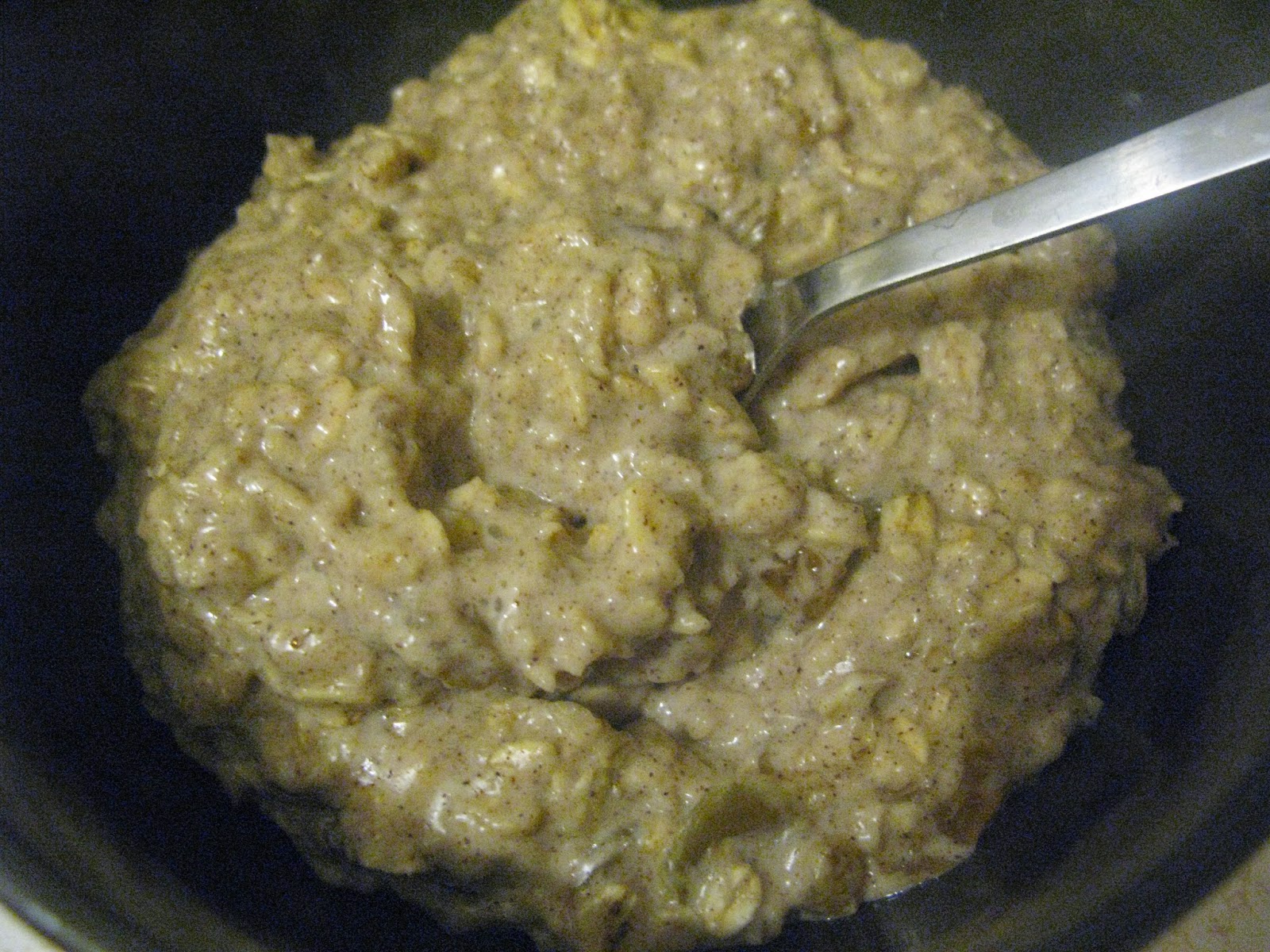 I like oatmeal even without sugar.  I often eat a bowl with dried fruit or banana chunks.  It's so hearty and comforting.  No other breakfast food sticks to your ribs like oatmeal. 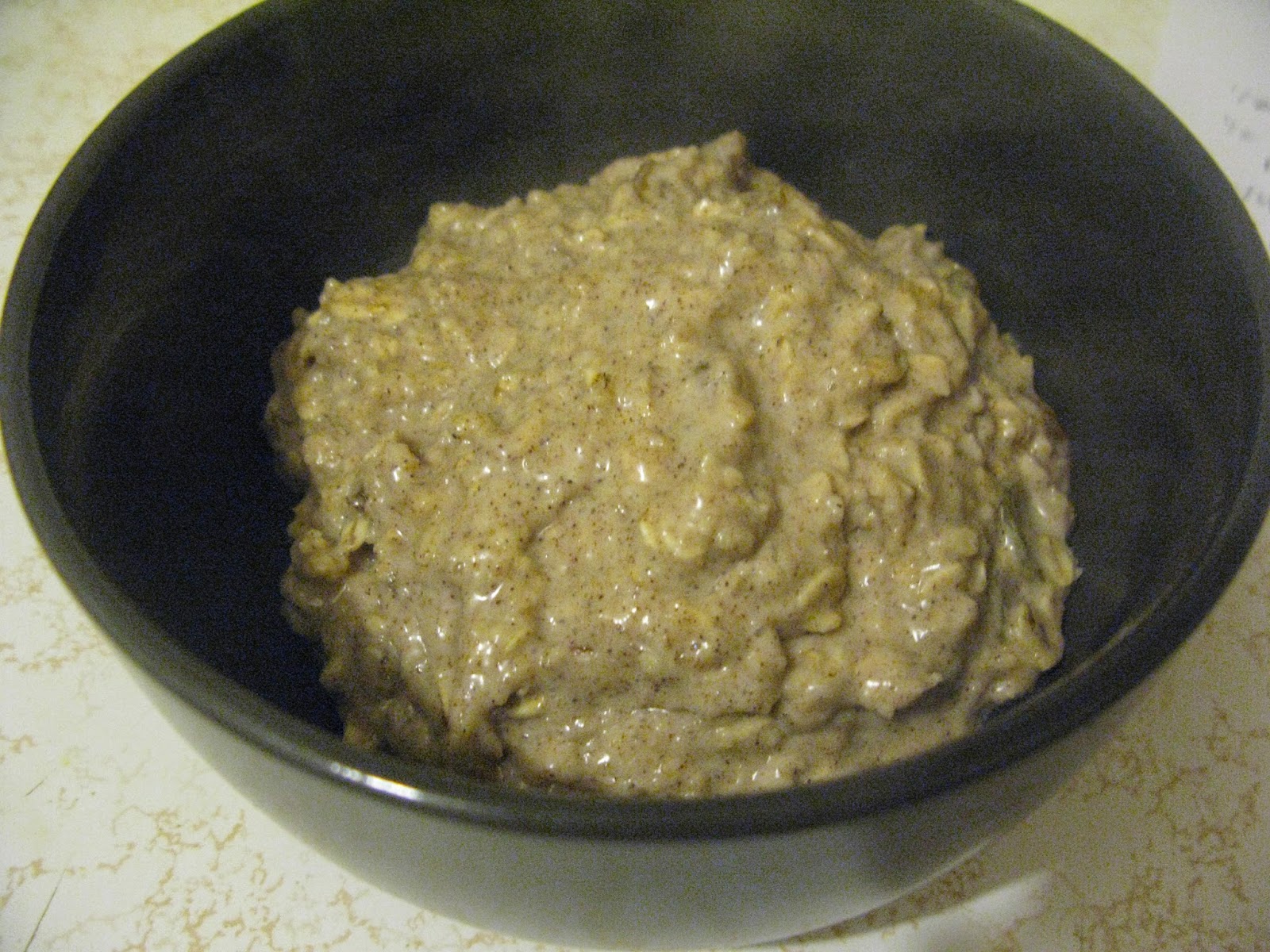 I had some eggnog leftover from my eggnog pancakes, so I decided to make eggnog oatmeal.   I used 1/2 cup eggnog, 1/2 cup milk, 1/4 teaspoon salt, 1/4 teaspoon cinnamon, 1/2 cup oatmeal, and 2 tablespoons raisins. 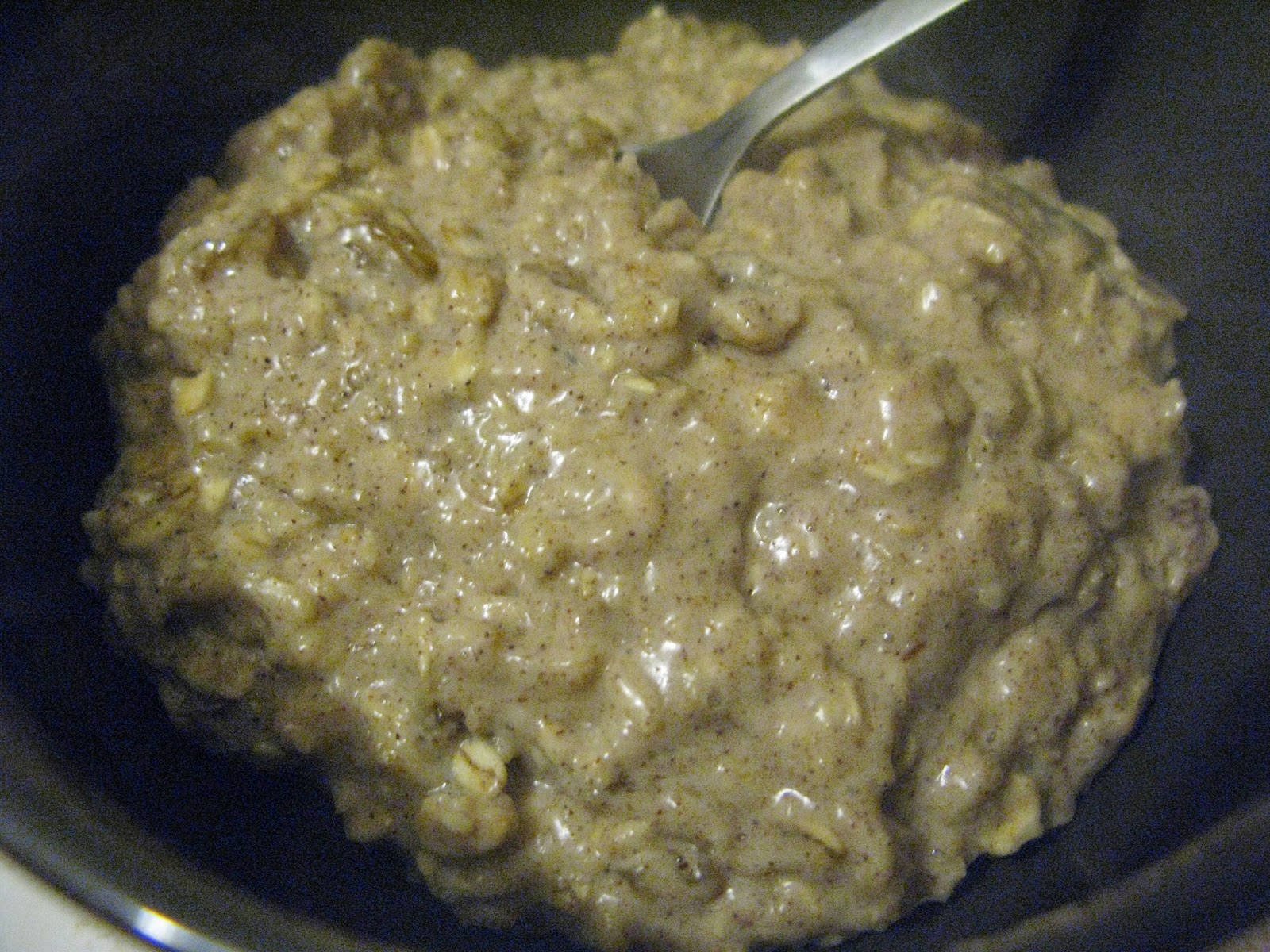 I measured the eggnog and milk.  I could have used 1 cup of eggnog, but that seemed a little too decadent for oatmeal. 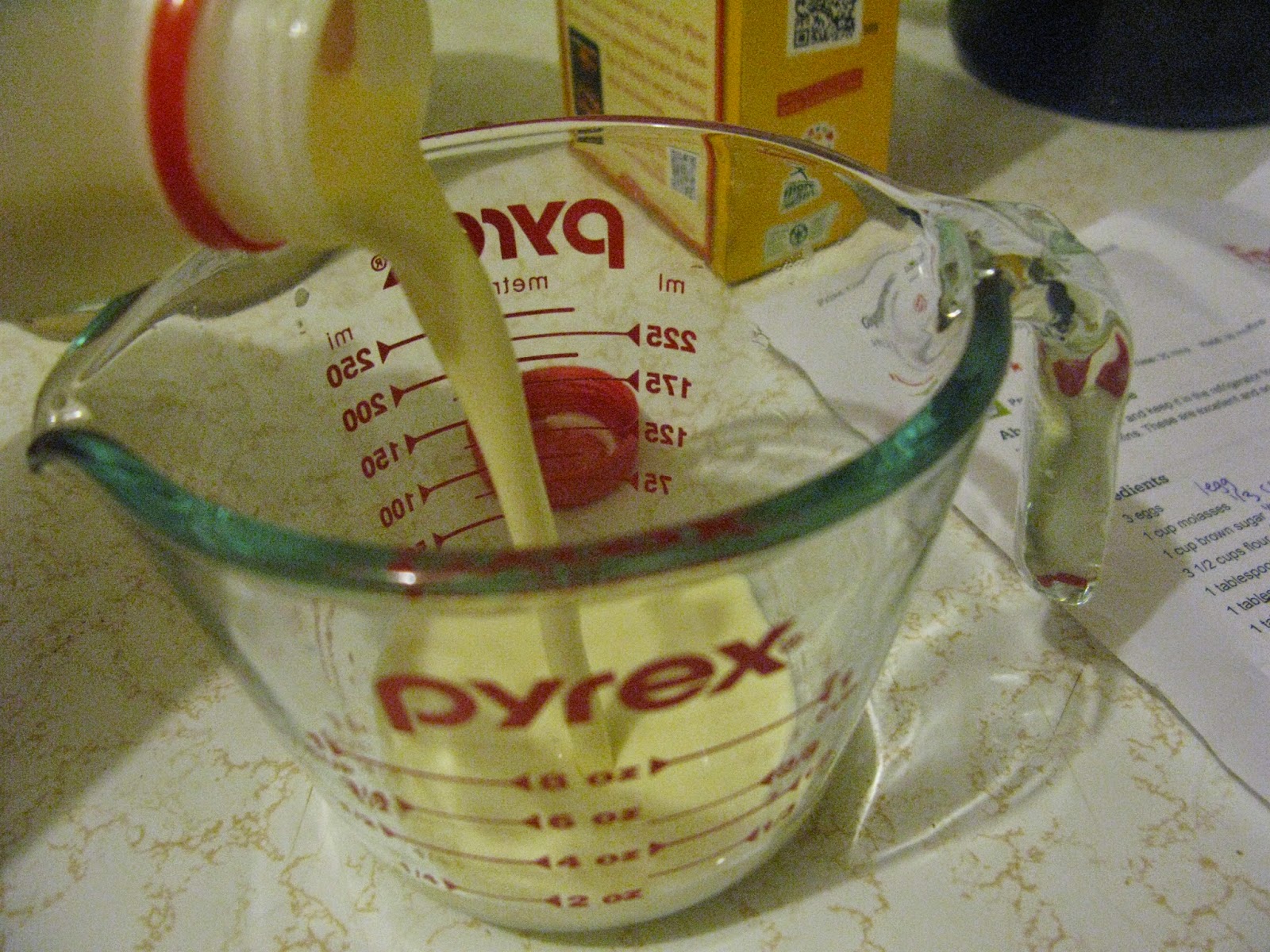 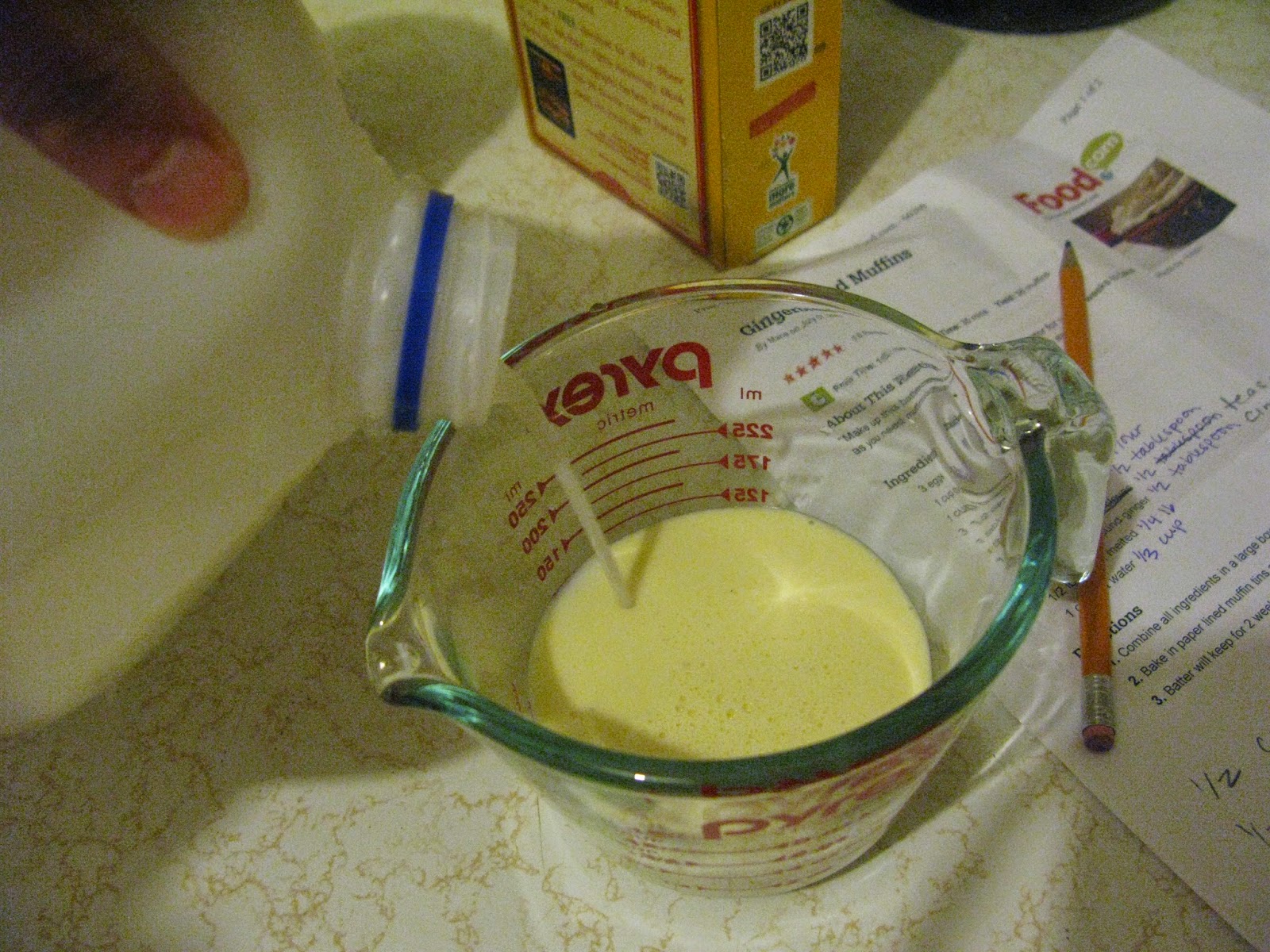 I added the salt and cinnamon to a pan. 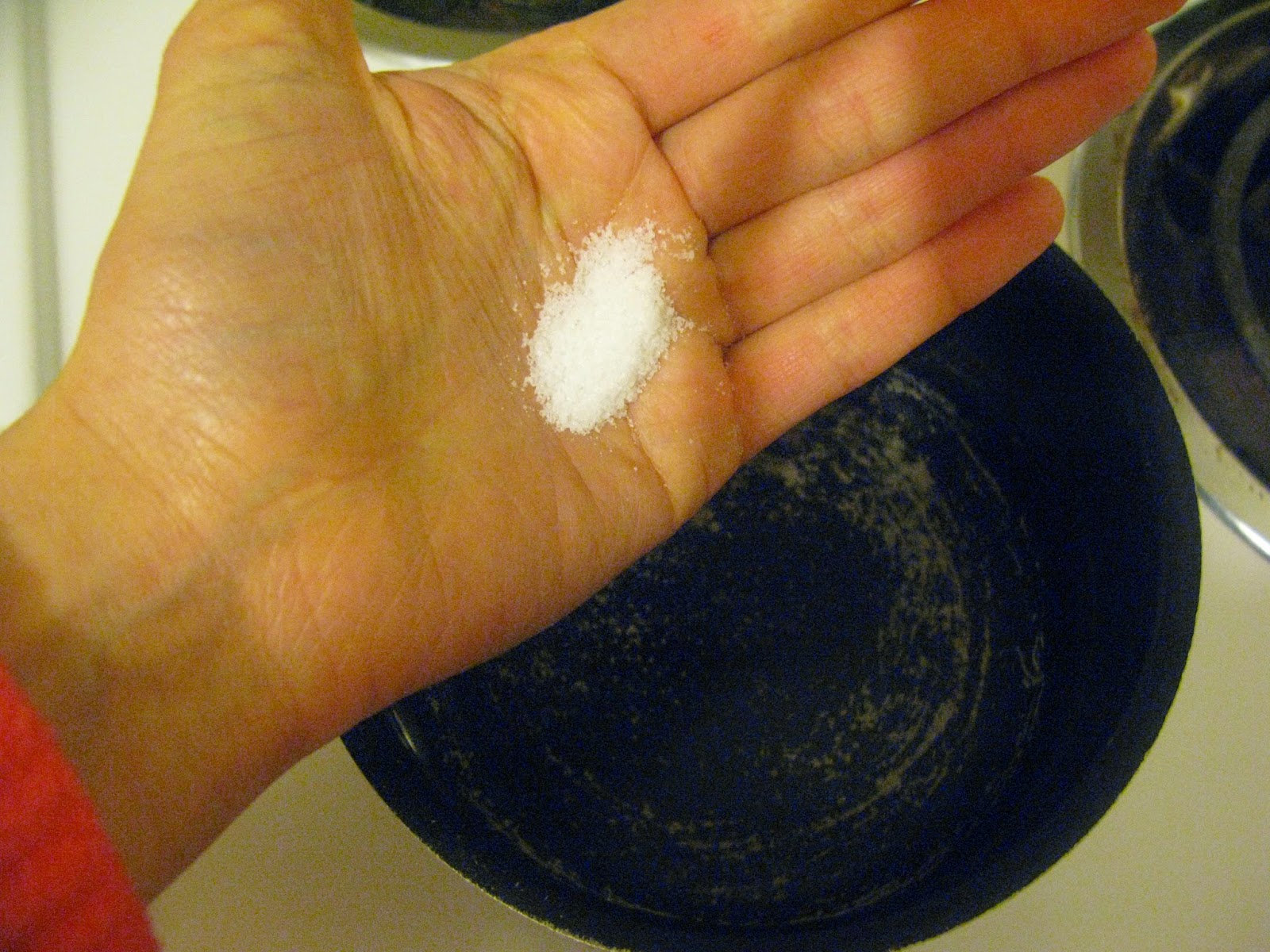 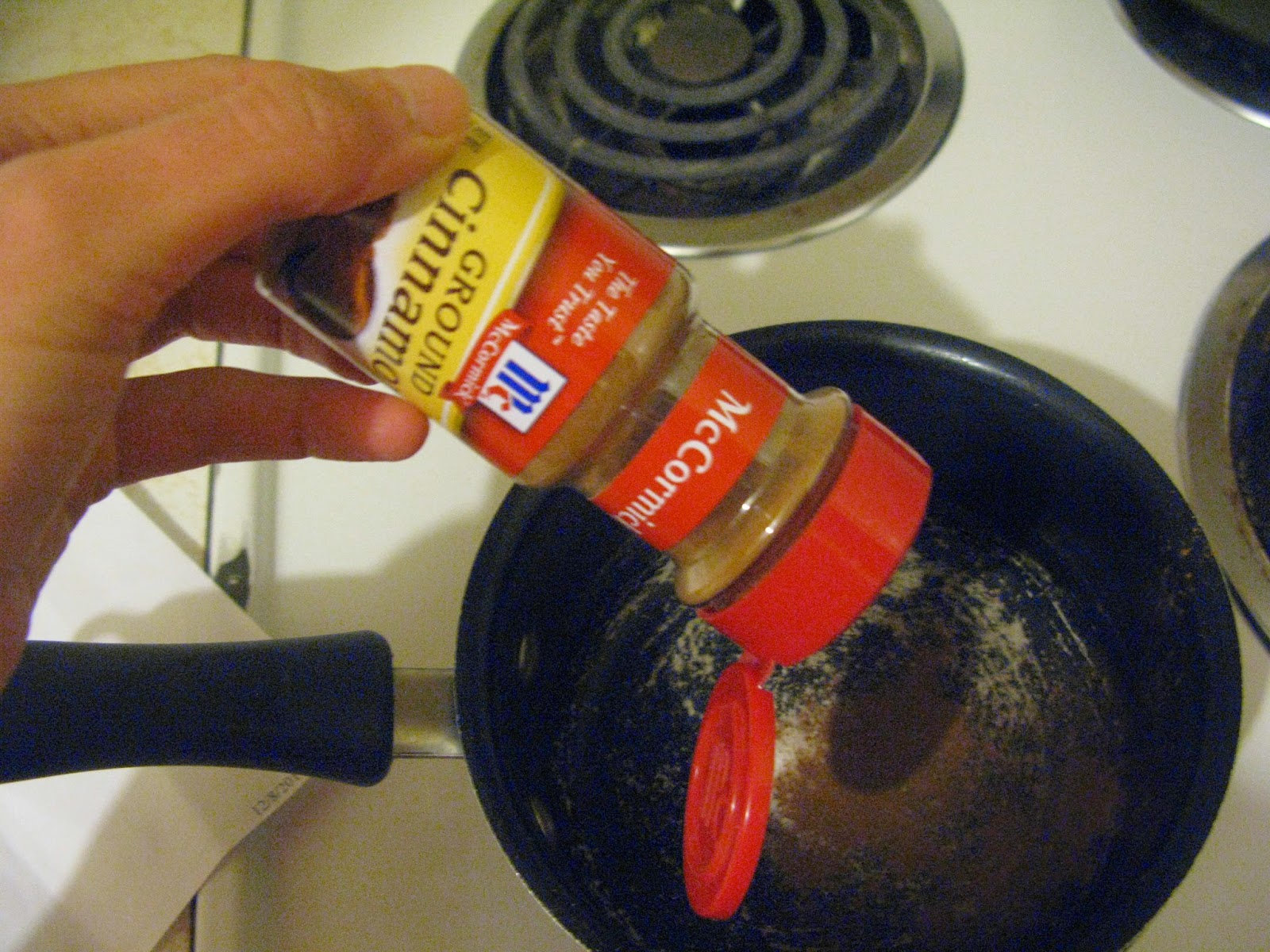 I added the oatmeal, eggnog, and milk. 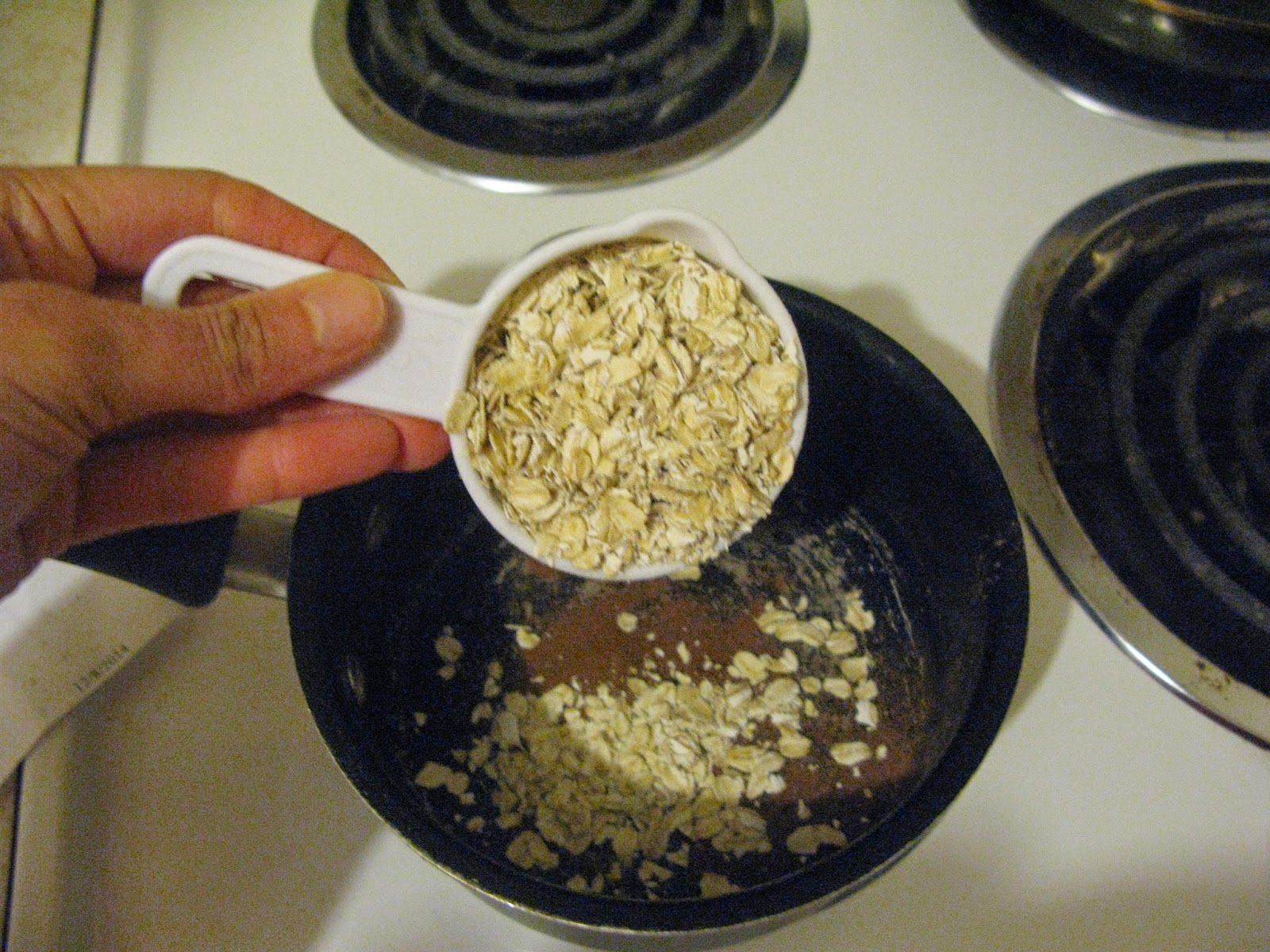 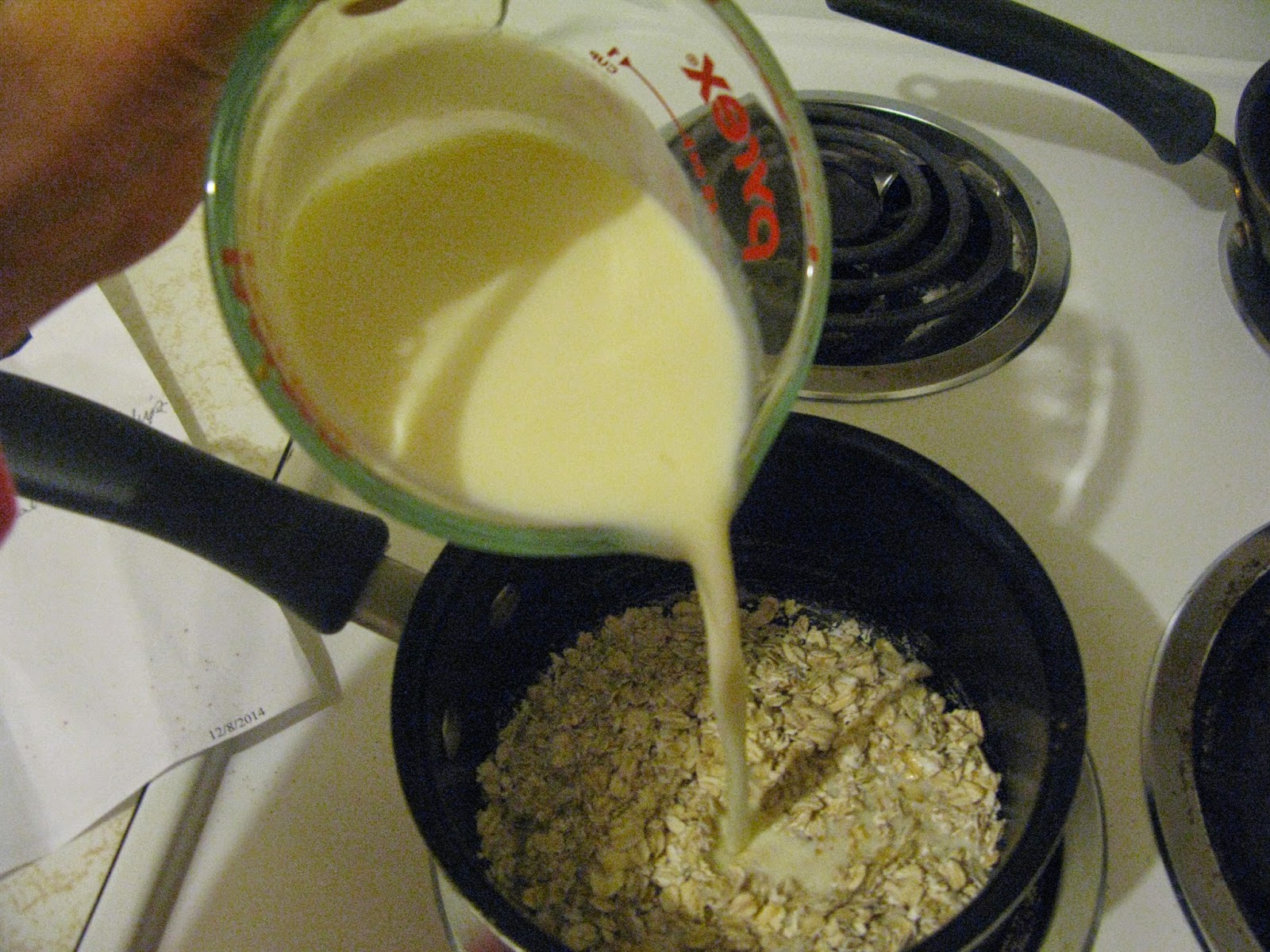 I added the raisins and turned on the heat. 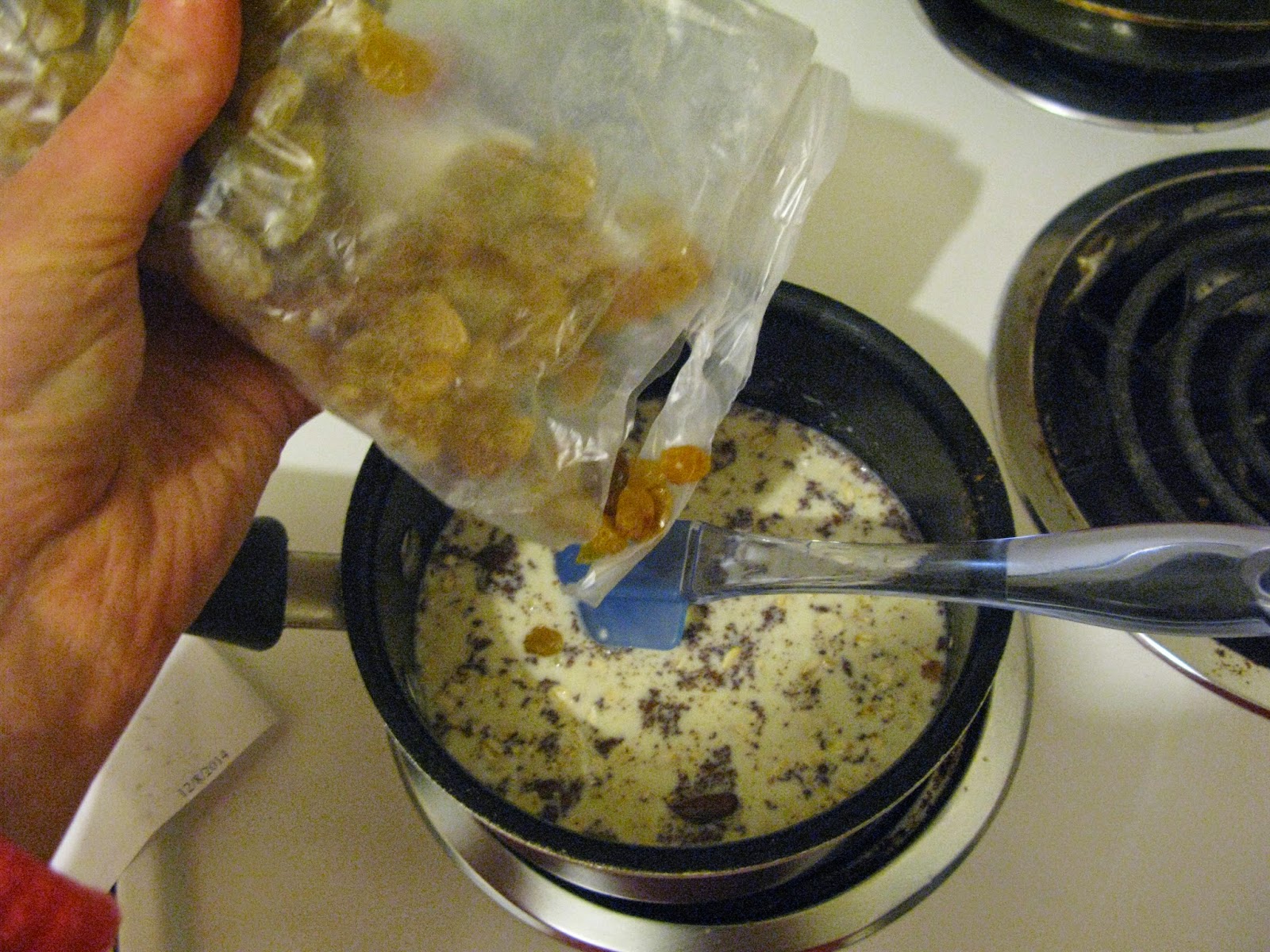 I stirred until the milk and eggnog had been absorbed by the oatmeal. 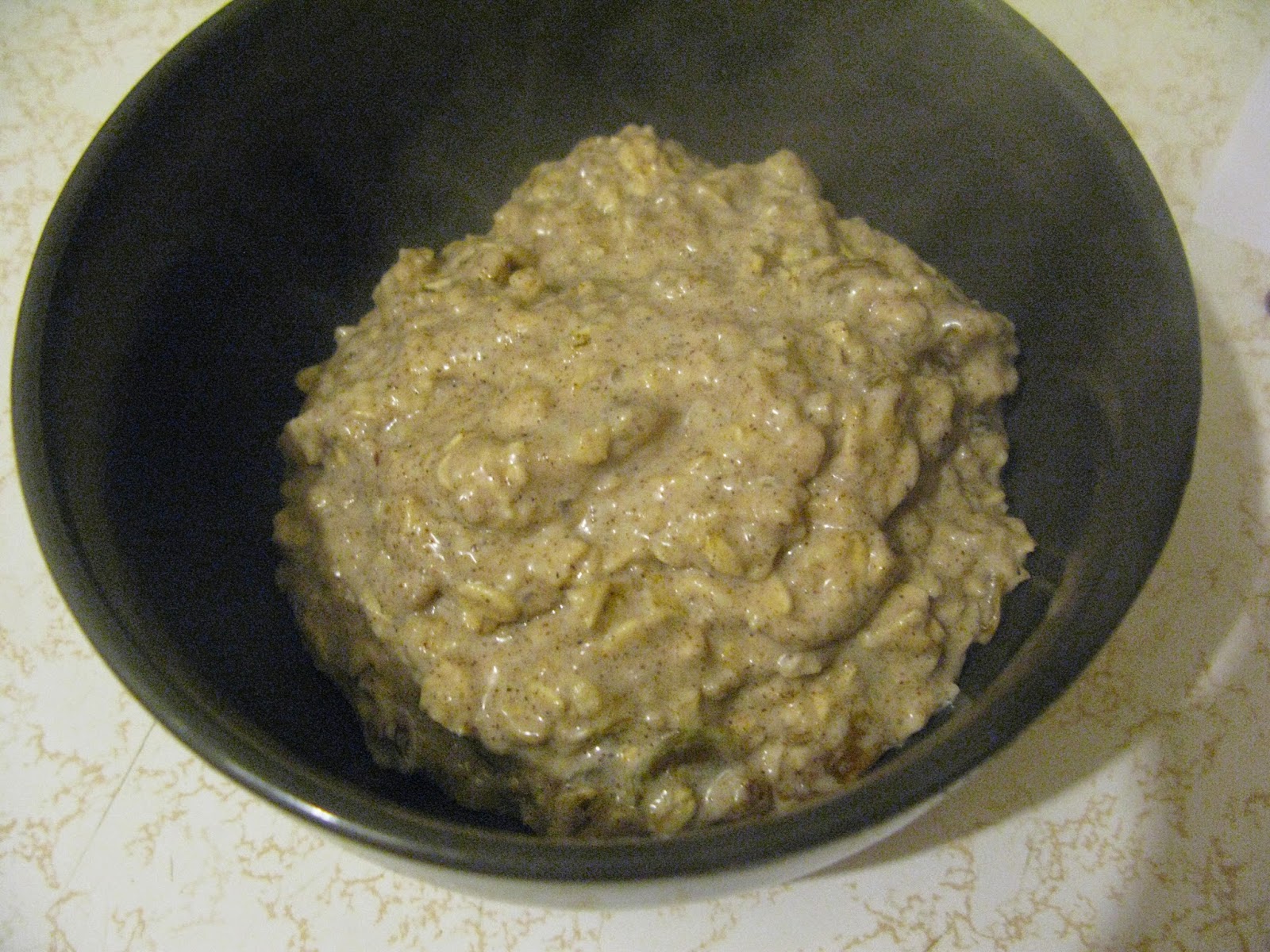 The eggnog and raisins make this oatmeal sweet enough without any additional sugar.  The raisins were chewy and sweet.  They plump up from being cooked. 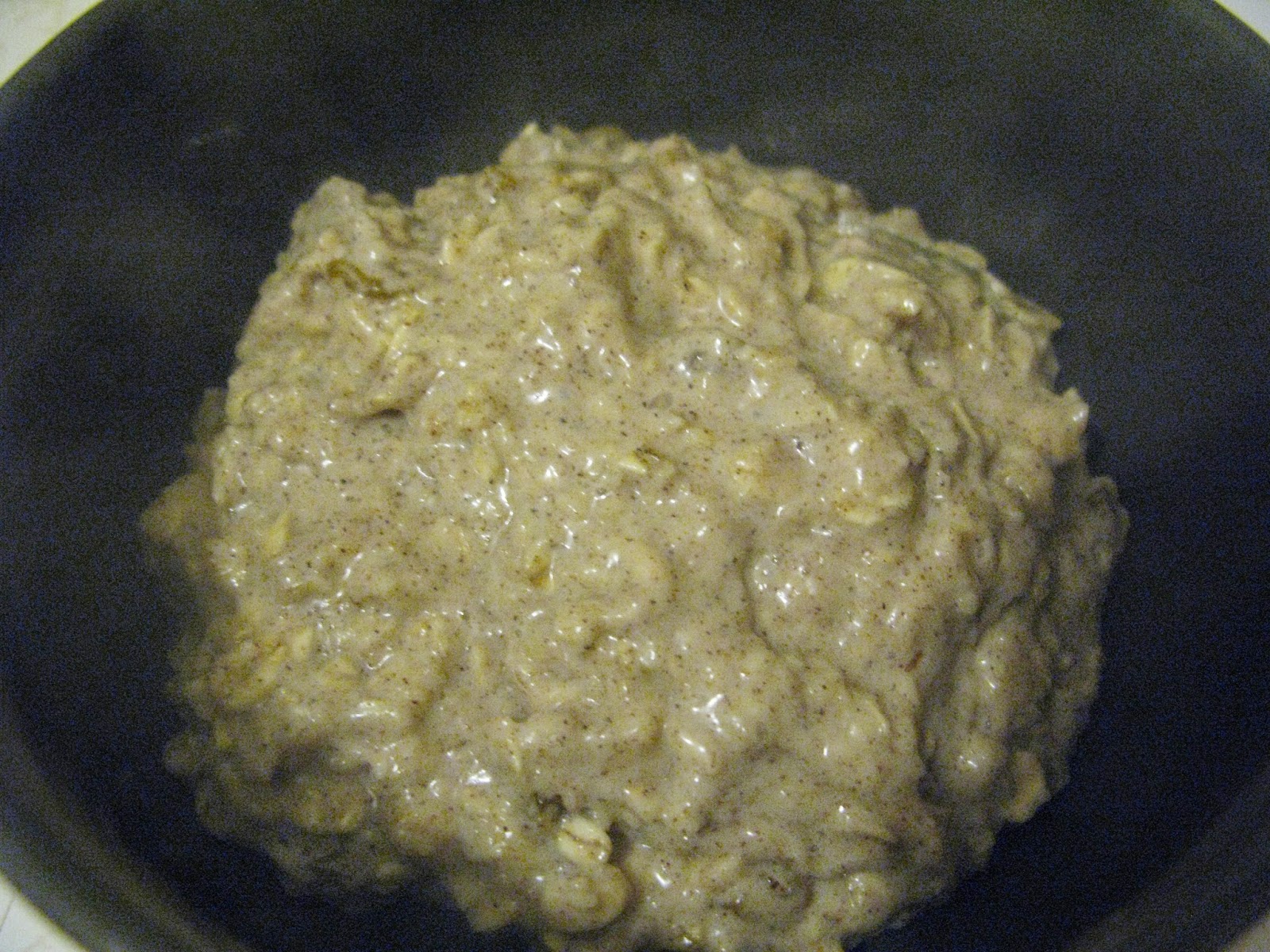 The oatmeal was creamy from the eggnog.  The flavors of the eggnog and cinnamon made it festive and cosy. 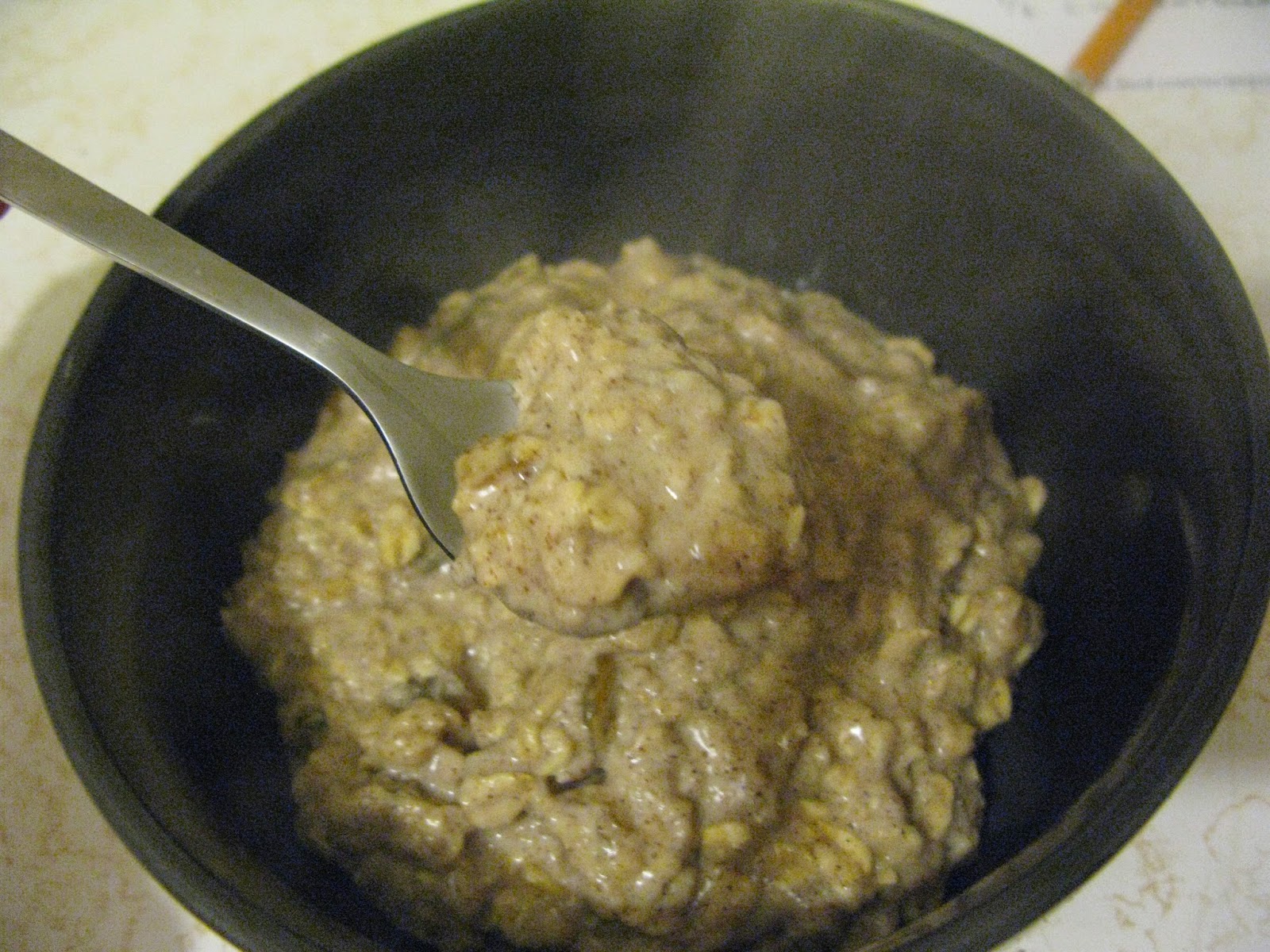 A wish the eggnog flavor was a little stronger, but it was still present.  In the future I might get a low calorie eggnog and use an entire cup.  Even with a subtle eggnog flavor, it was a hearty and delightful breakfast. 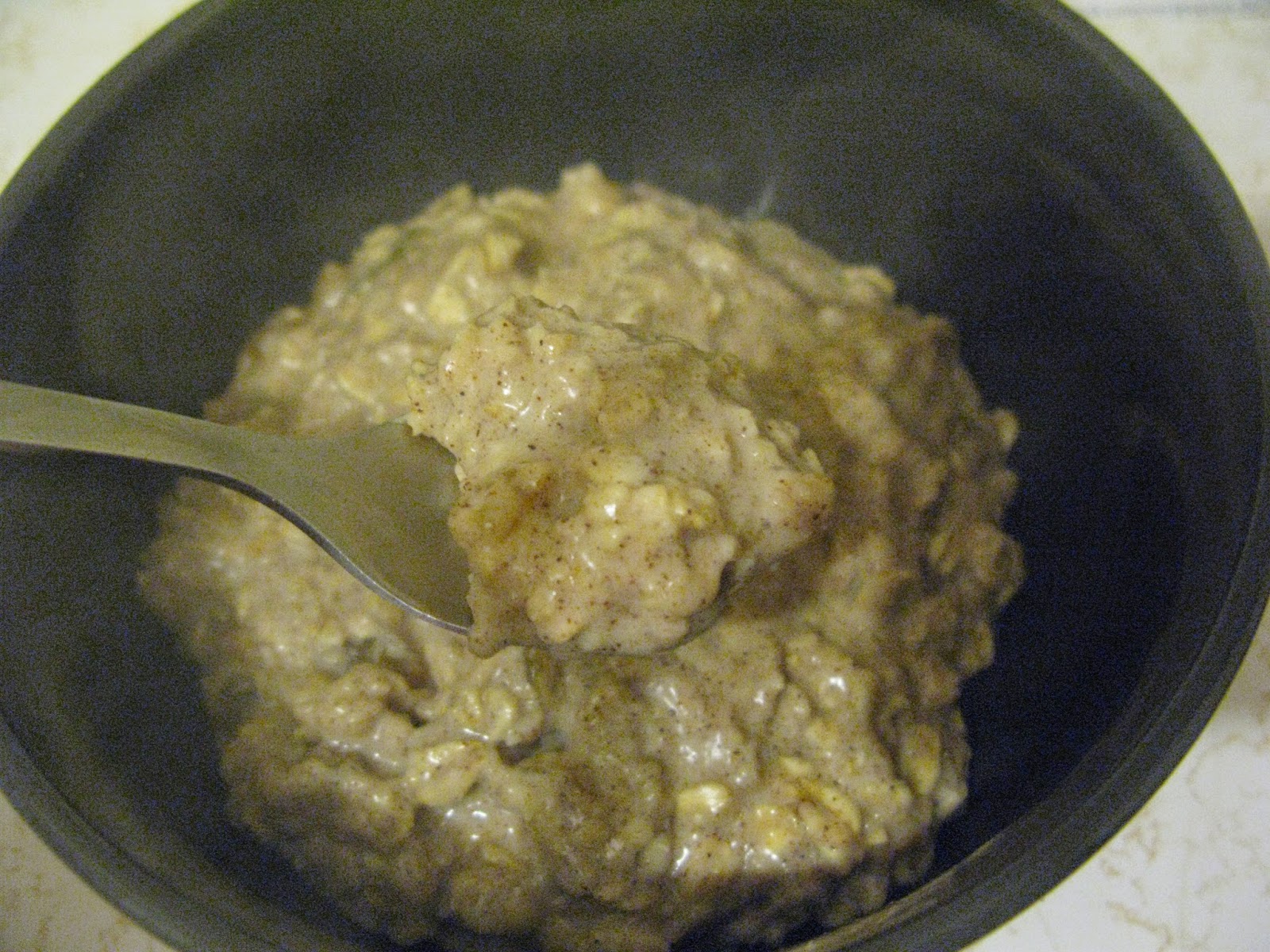 Oatmeal is so hard to photograph!!! I like to sprinkle on some toppings to brighten it up :-) It sounds delicious none the less!

Oatmeal is definitely one of those foods that doesn't photograph the best! I love the eggnog in this! Such a glorious idea! :)