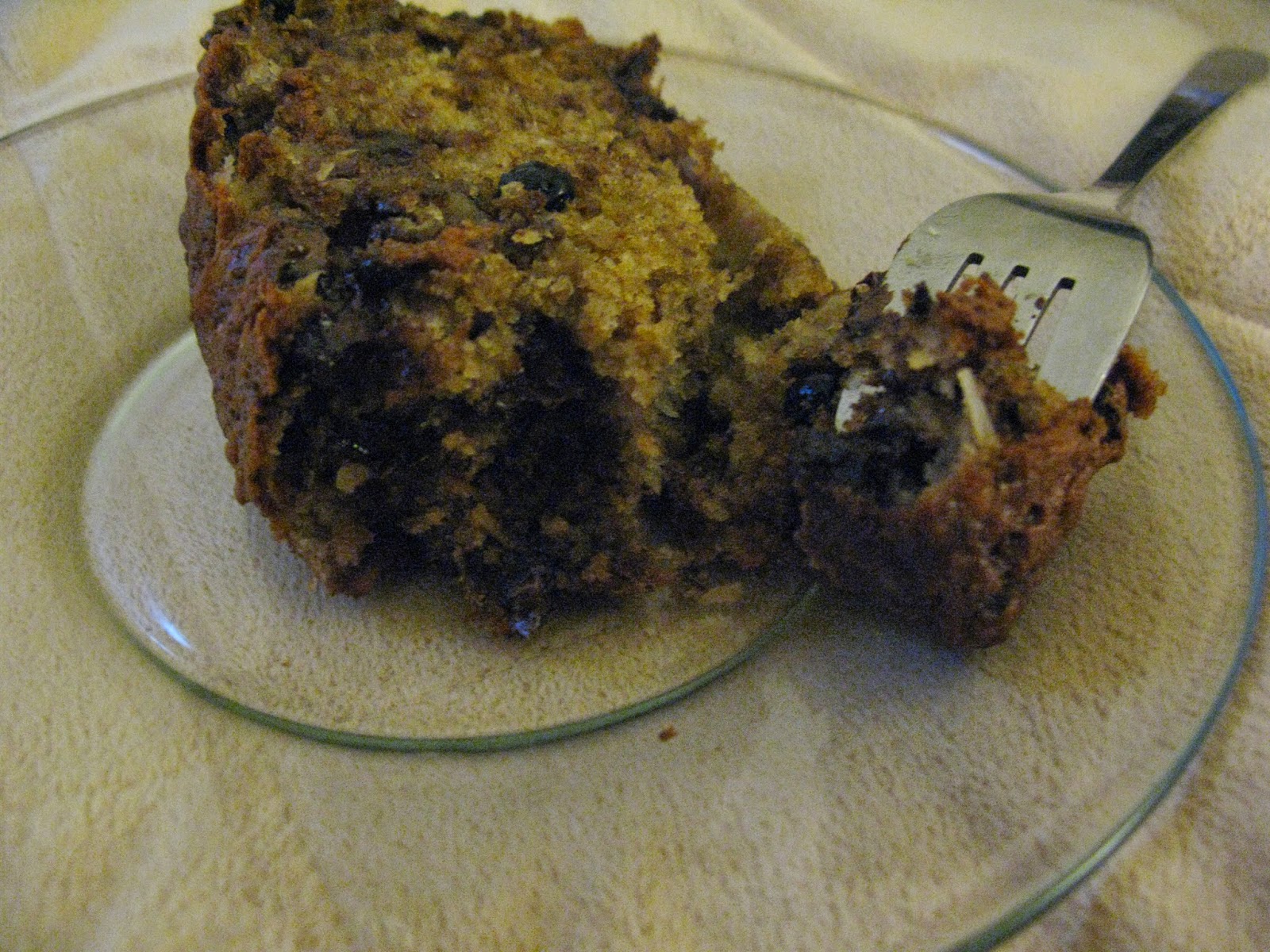 Yesterday I went to Philadelphia.  Even though I live close, it was only my second visit to the city.  We say the Liberty Bell and Independence Hall.  We also went to a museum on Benjamin Franklin.  I was surprised how many common sayings were coined by Benjamin Franklin. 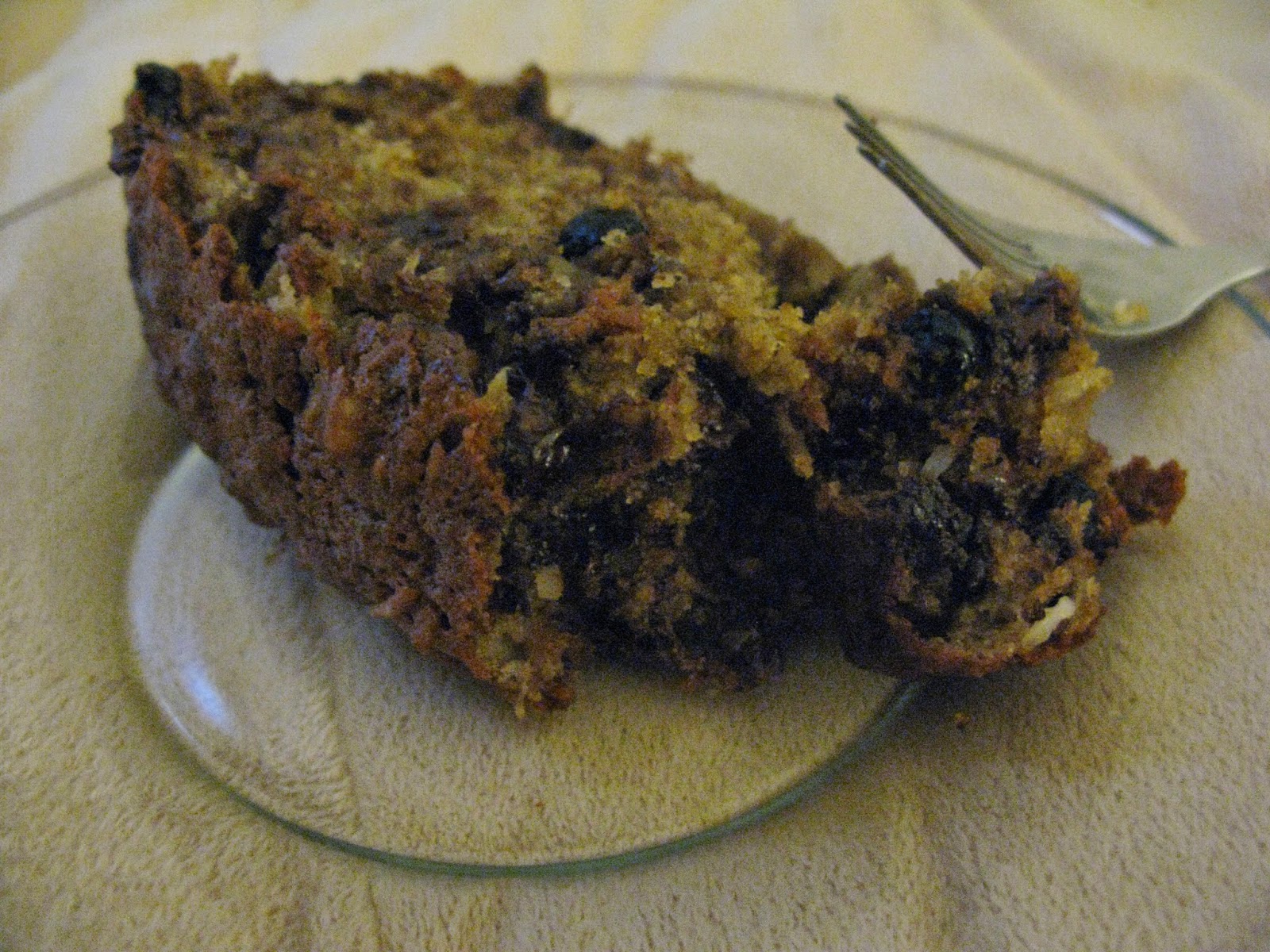 He said, "The only thing certain in life are death and taxes." He also said, "Keep your eyes wide open before marriage, half shut afterwards." My favorite quote was, "Three can keep a secret, if two of them are dead." I had never heard that quote before, but I think it's hilarious. 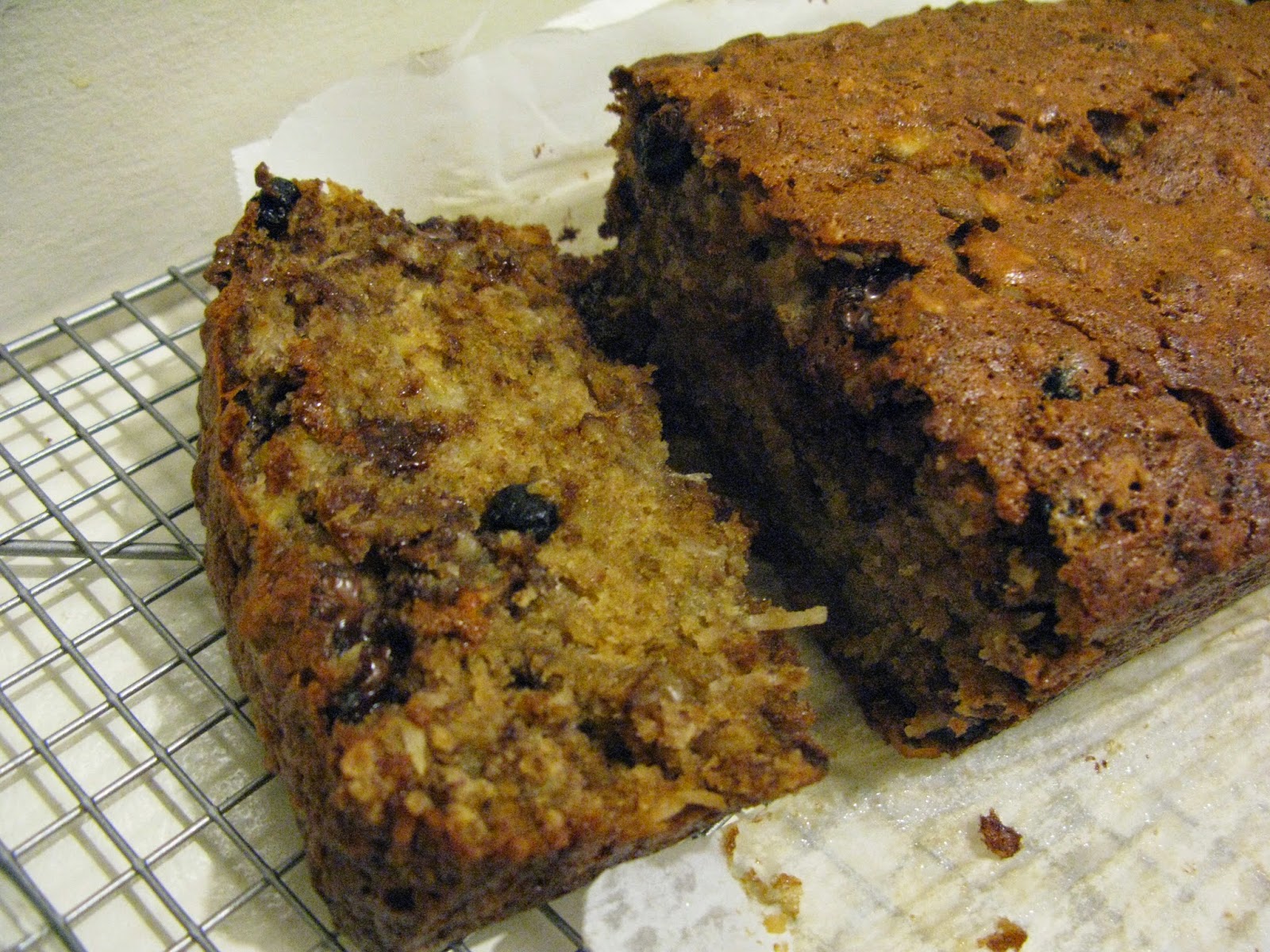 We also went to the Reading Terminal Market, where I had the best pastry I have ever eaten.  It was a blueberry fritter, and it cost less than a dollar.  I should have boughten twenty. 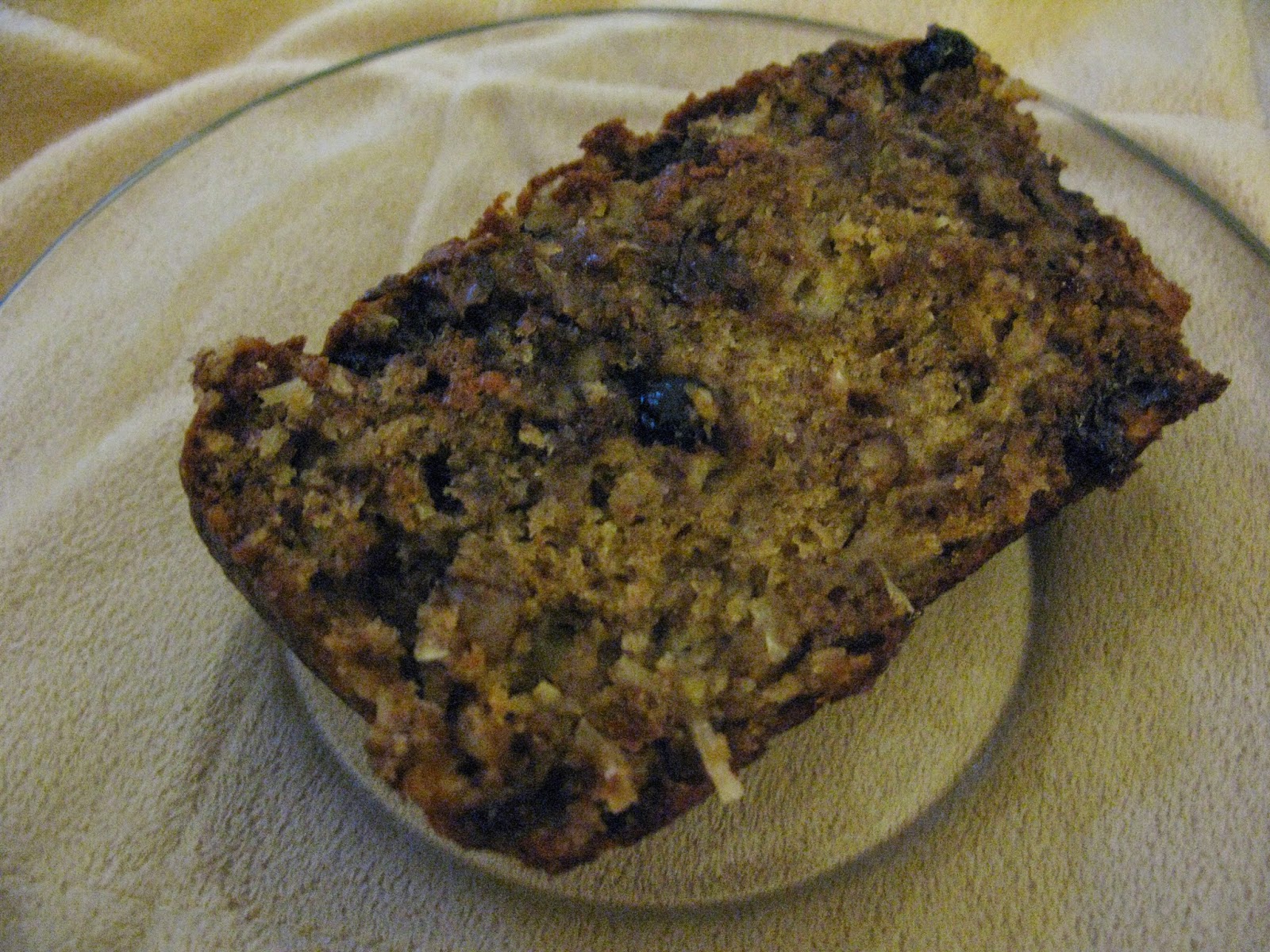 This banana bread was my breakfast last week.  I still have a slice for breakfast tomorrow.  It is the first time I have used this recipe.  I decided to add chocolate chips, coconut, and blueberries. 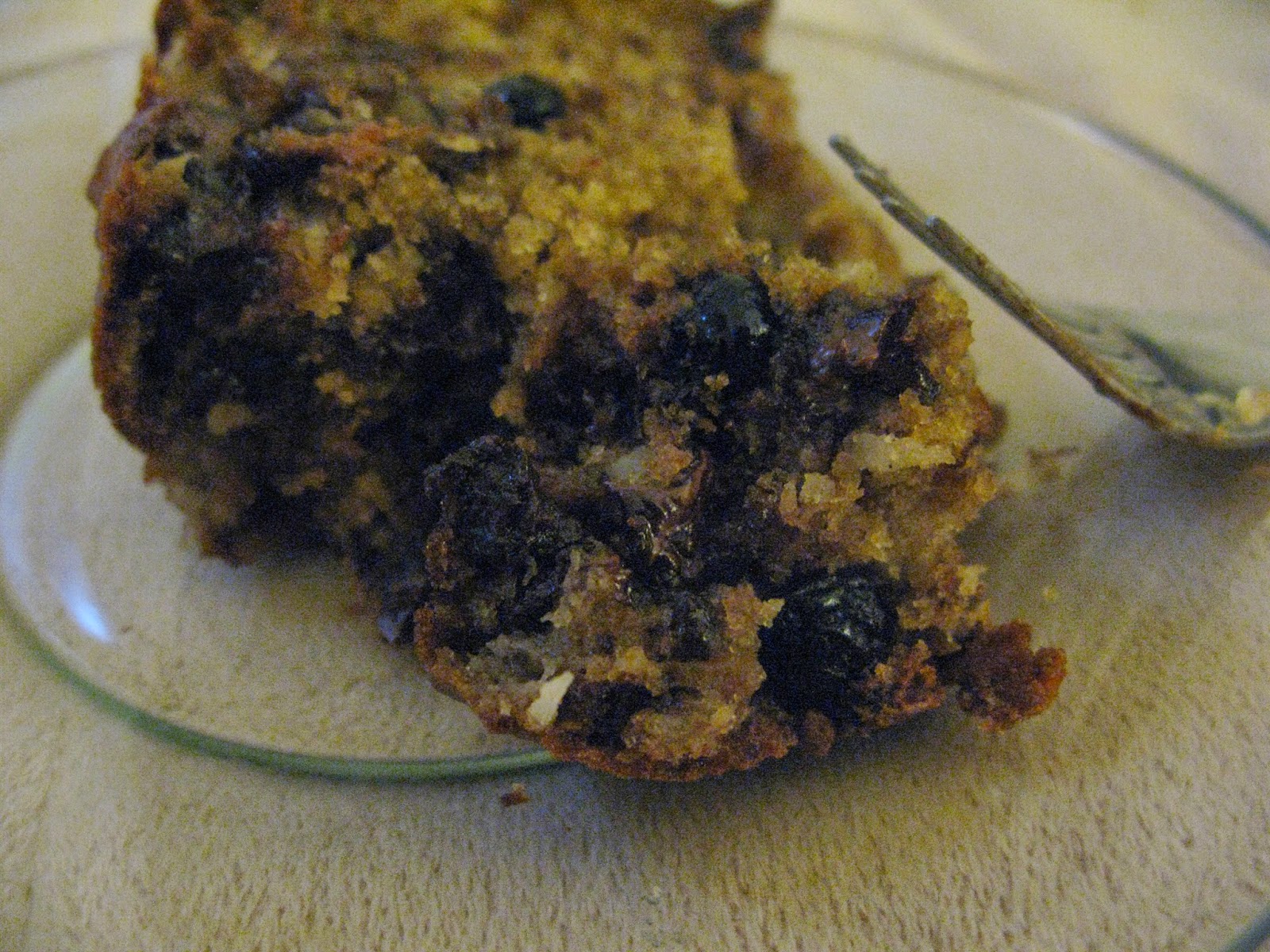 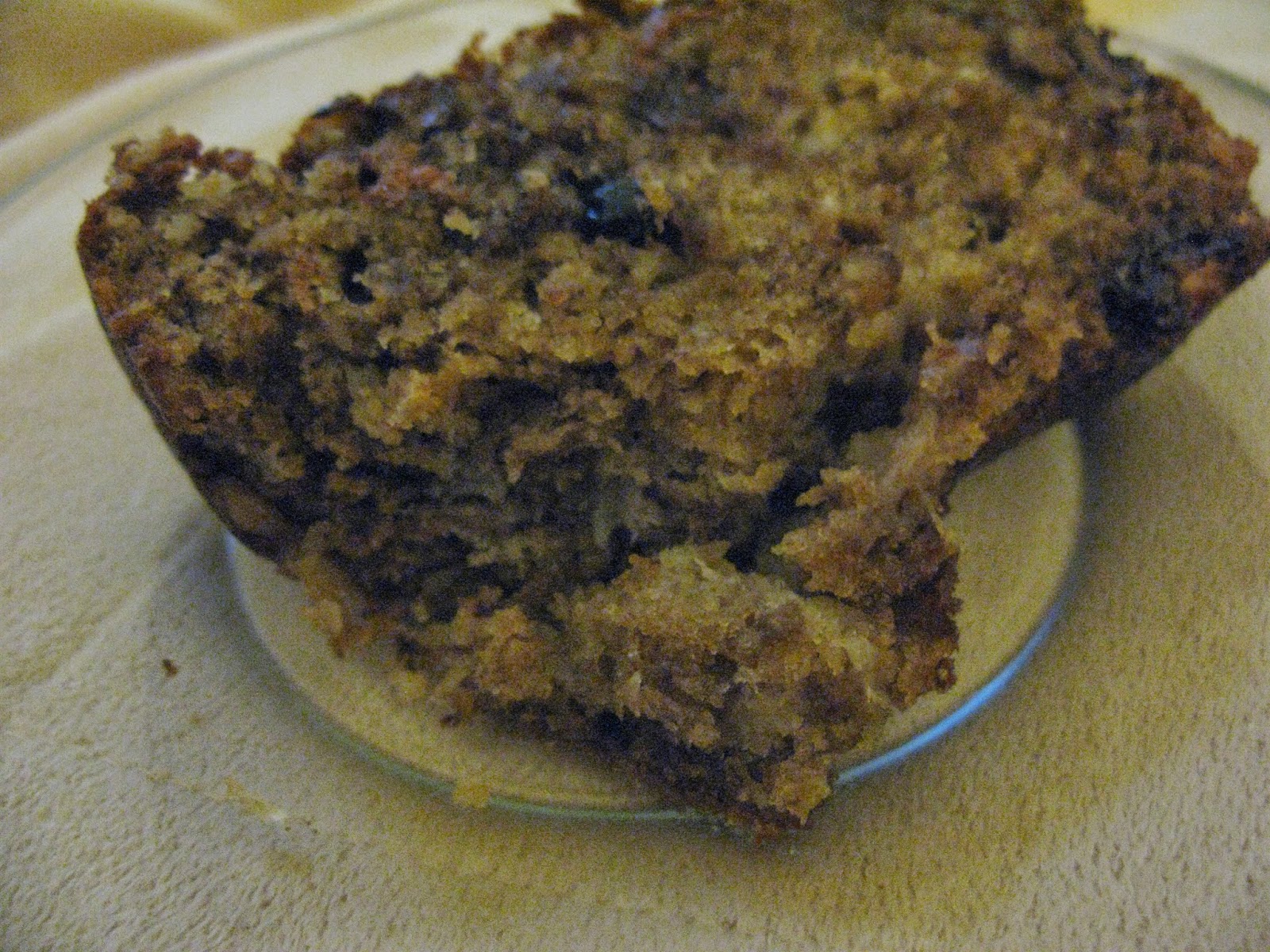 I began by creaming the butter and sugars. 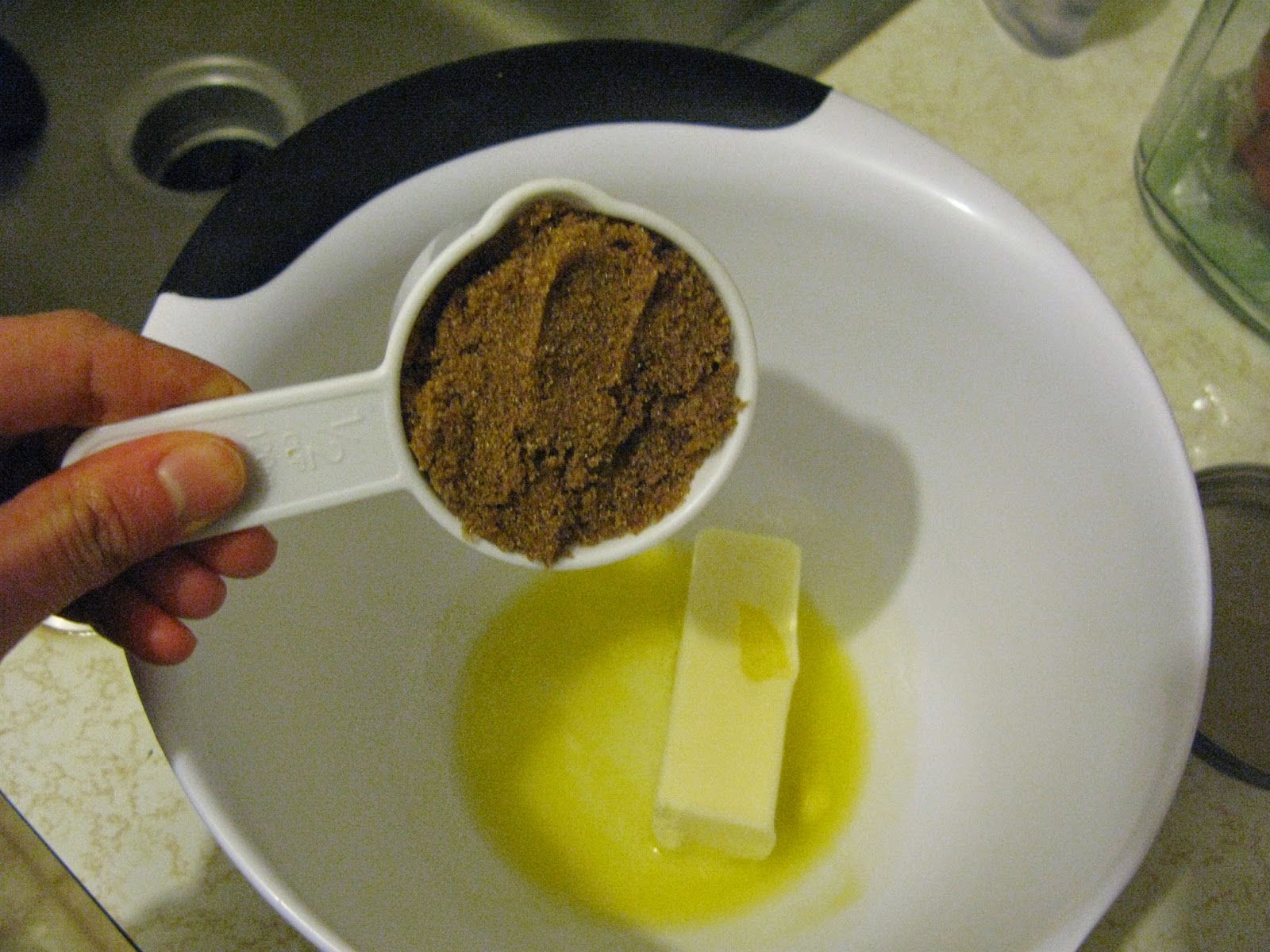 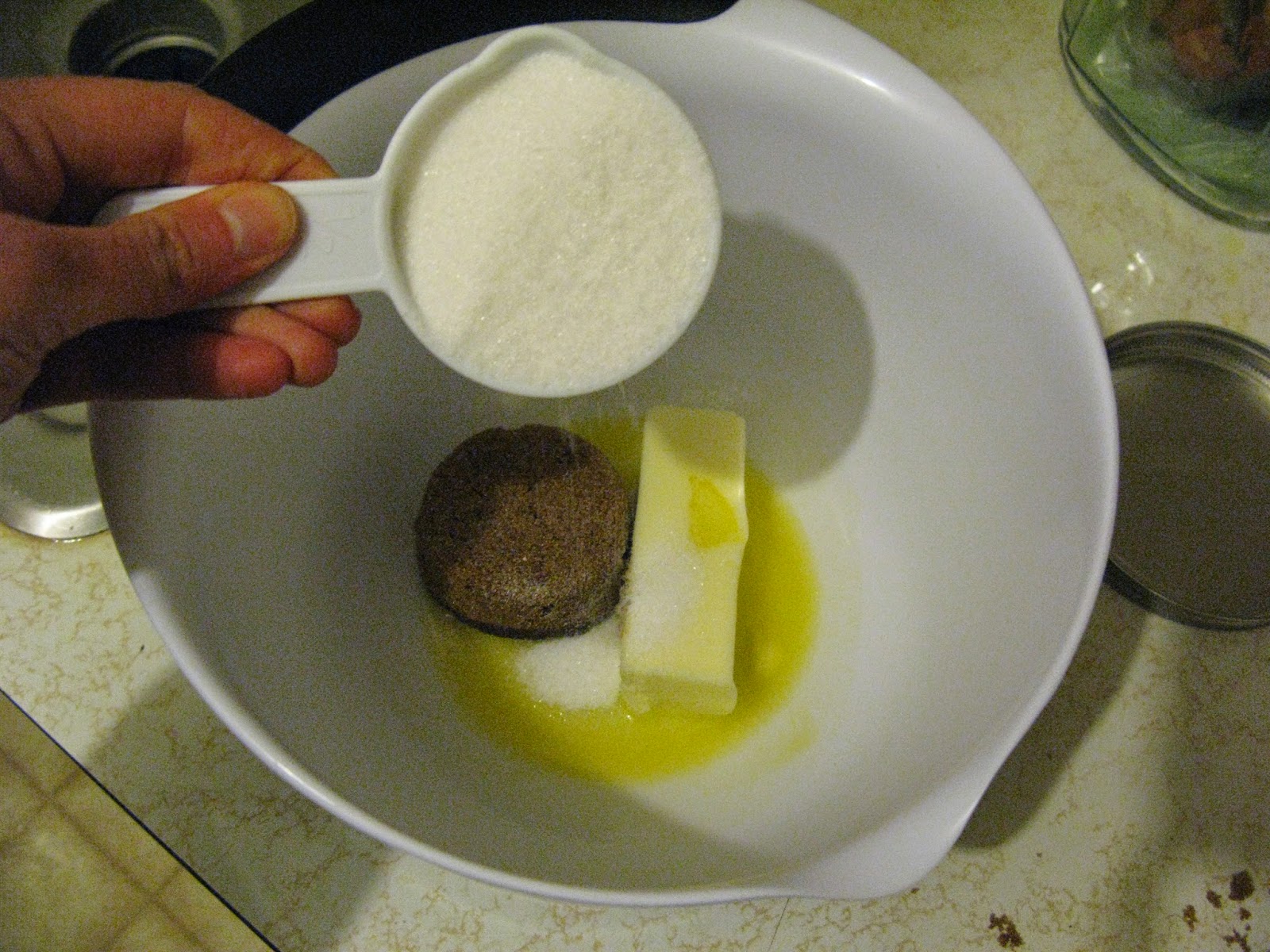 I beat in the eggs and vanilla. 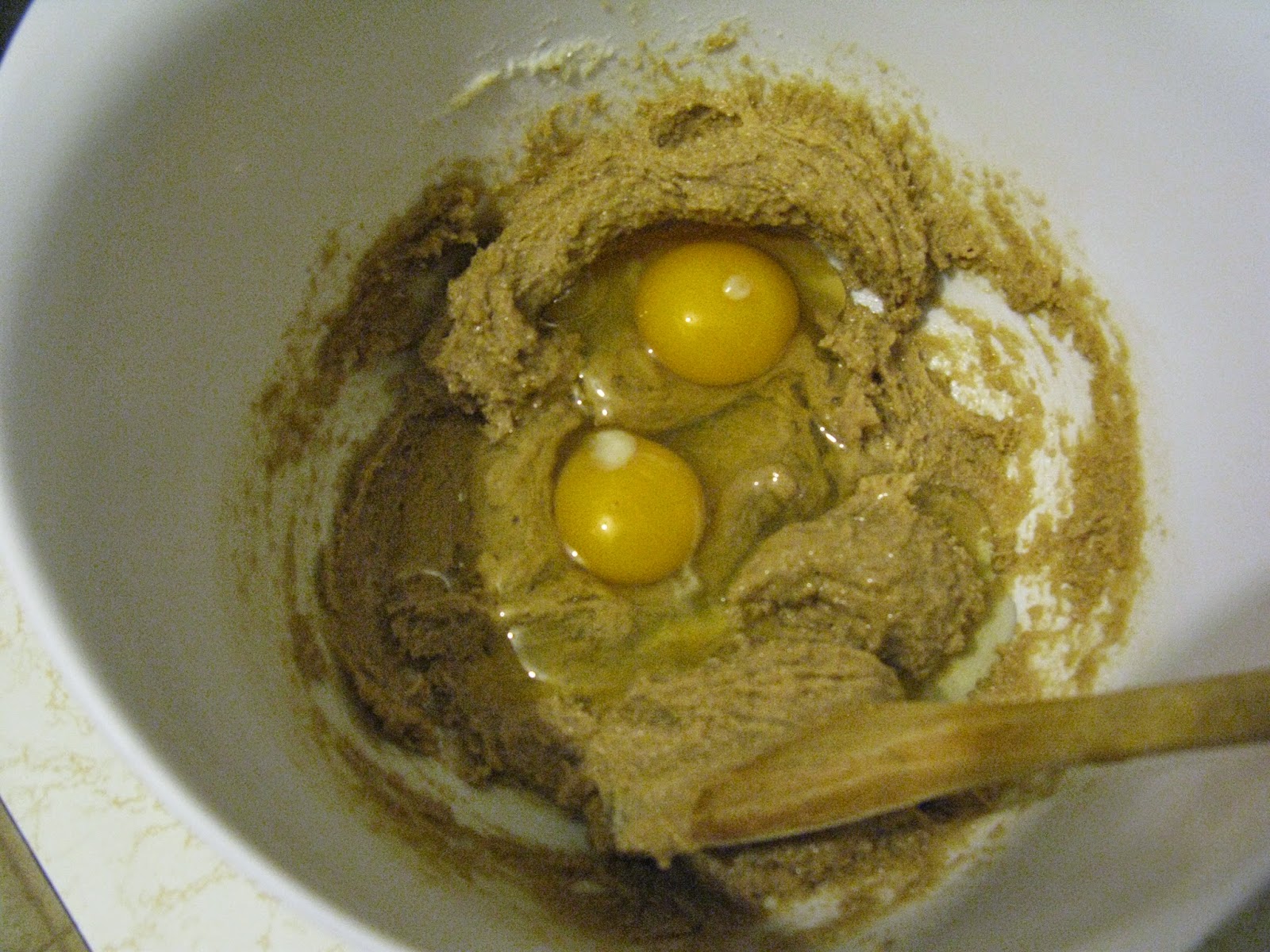 I mashed the four bananas and mixed them into the batter. 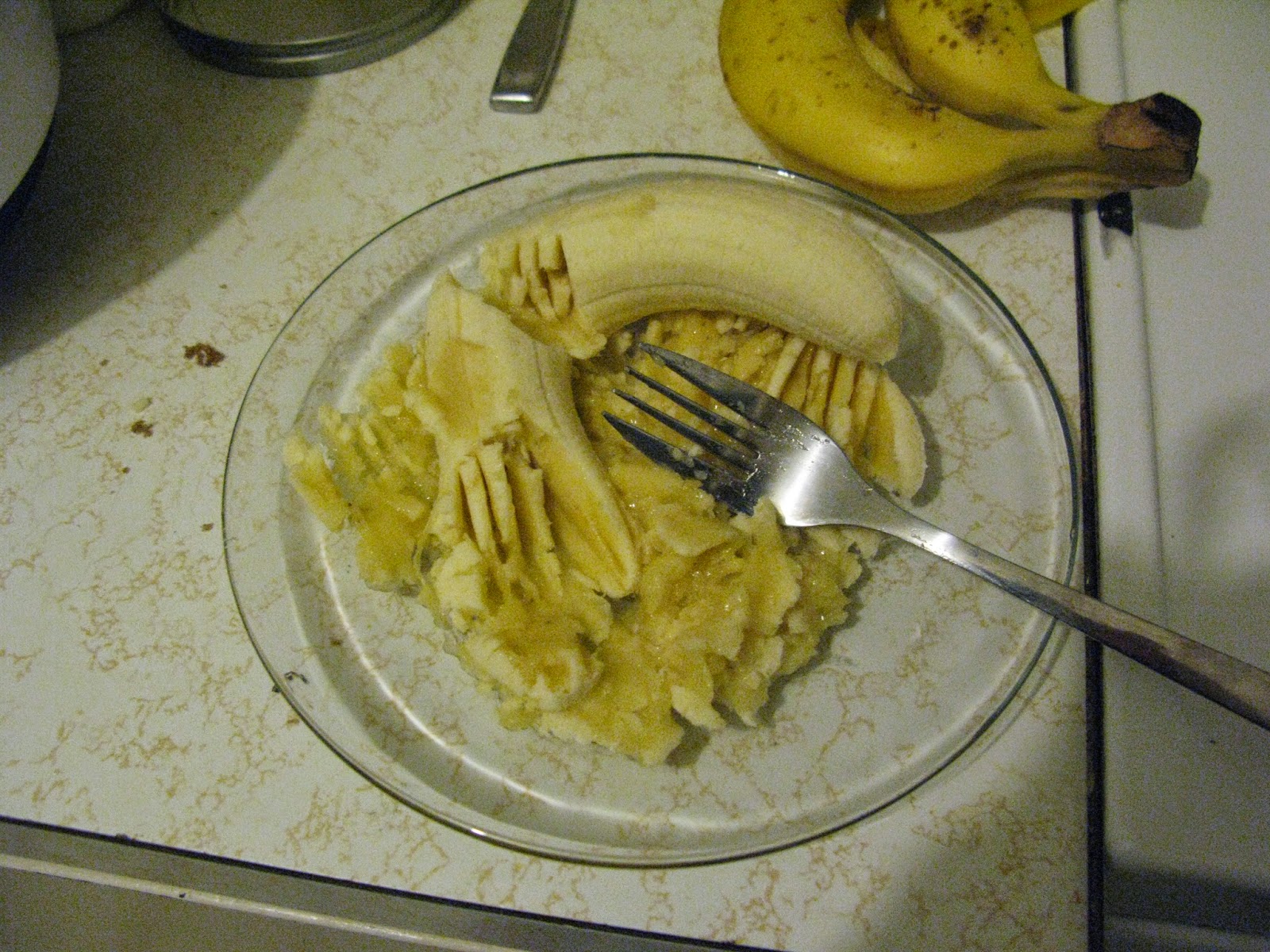 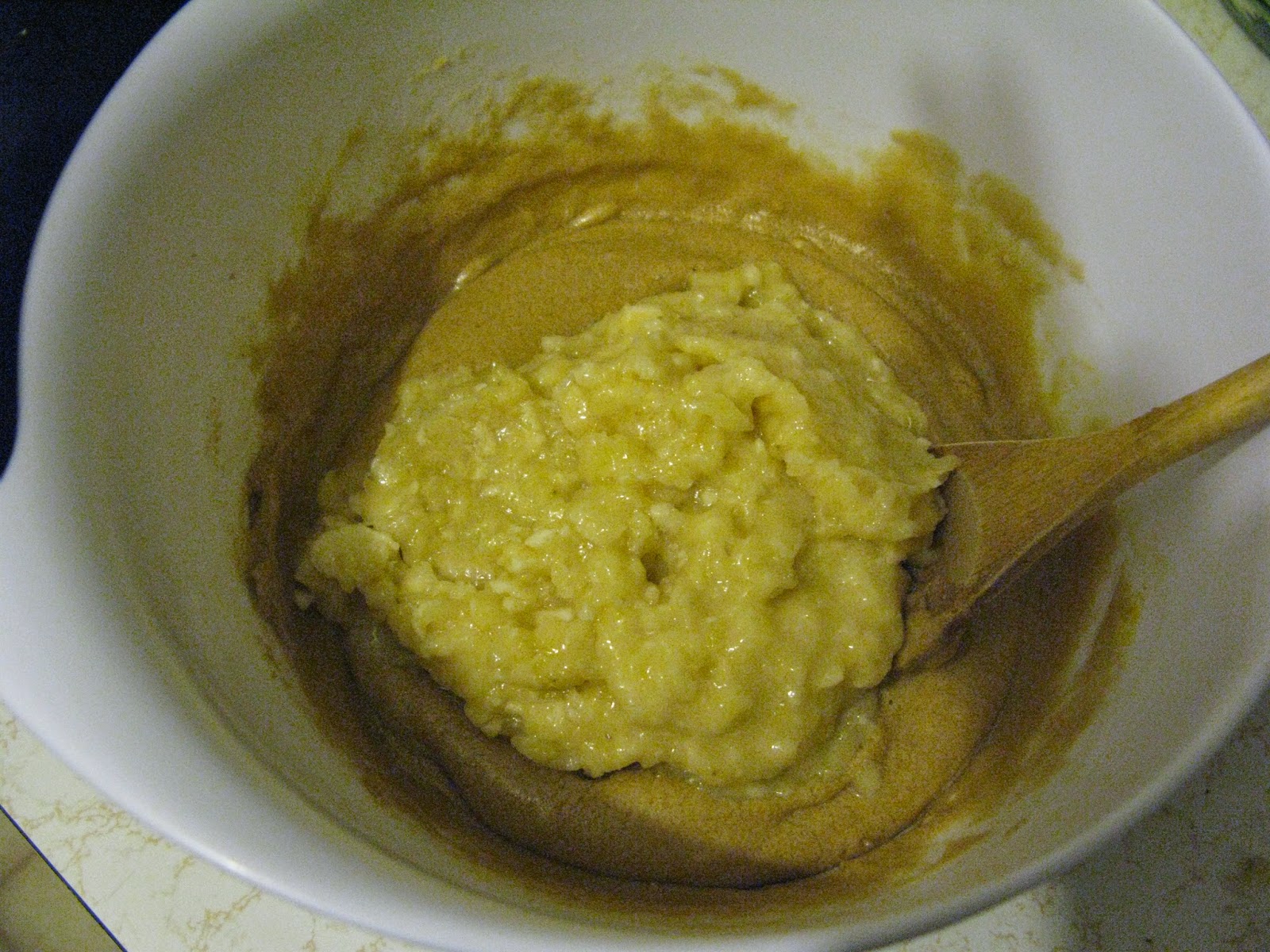 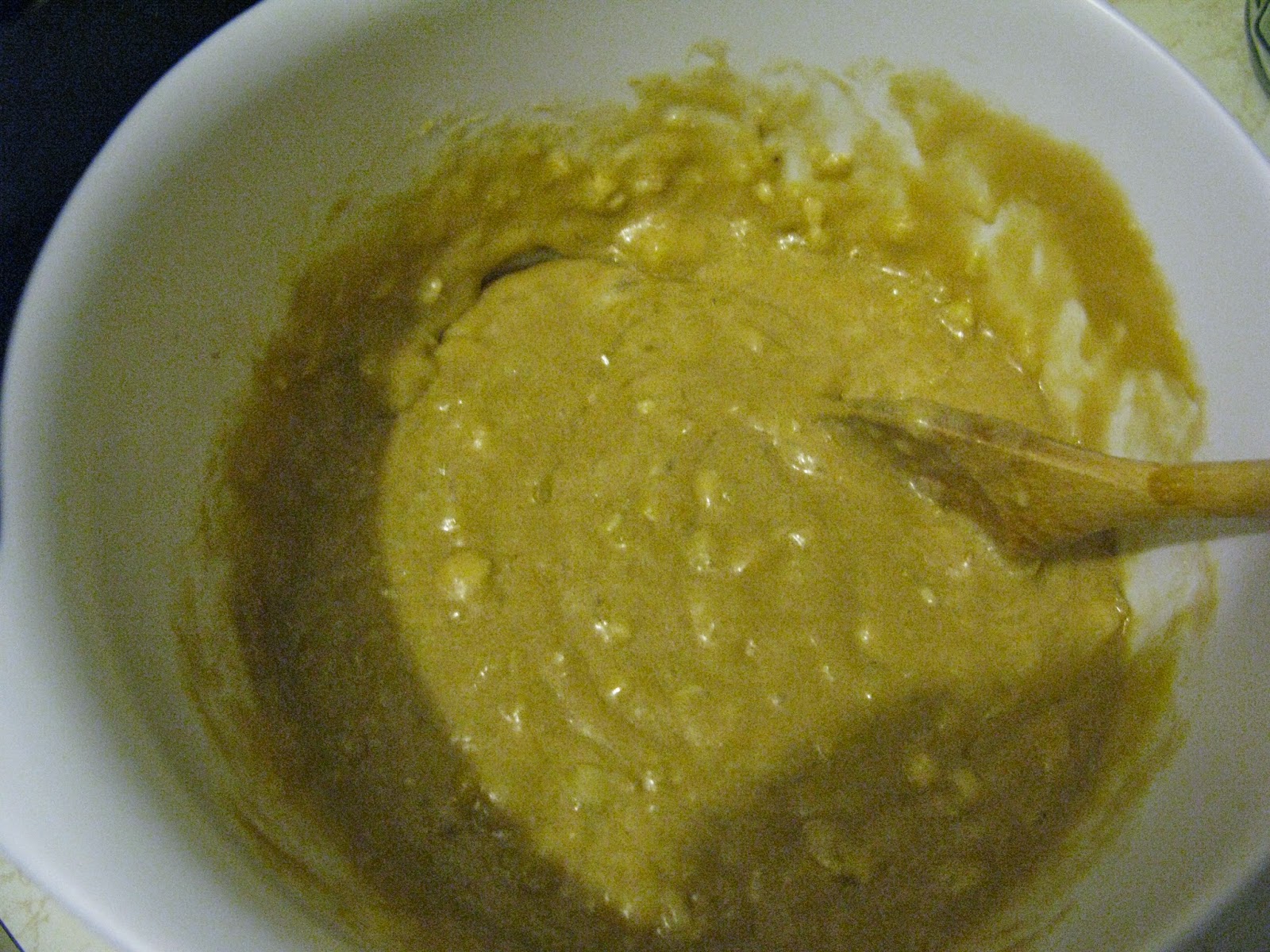 I added the flour, baking soda, cinnamon, salt, and nutmeg. 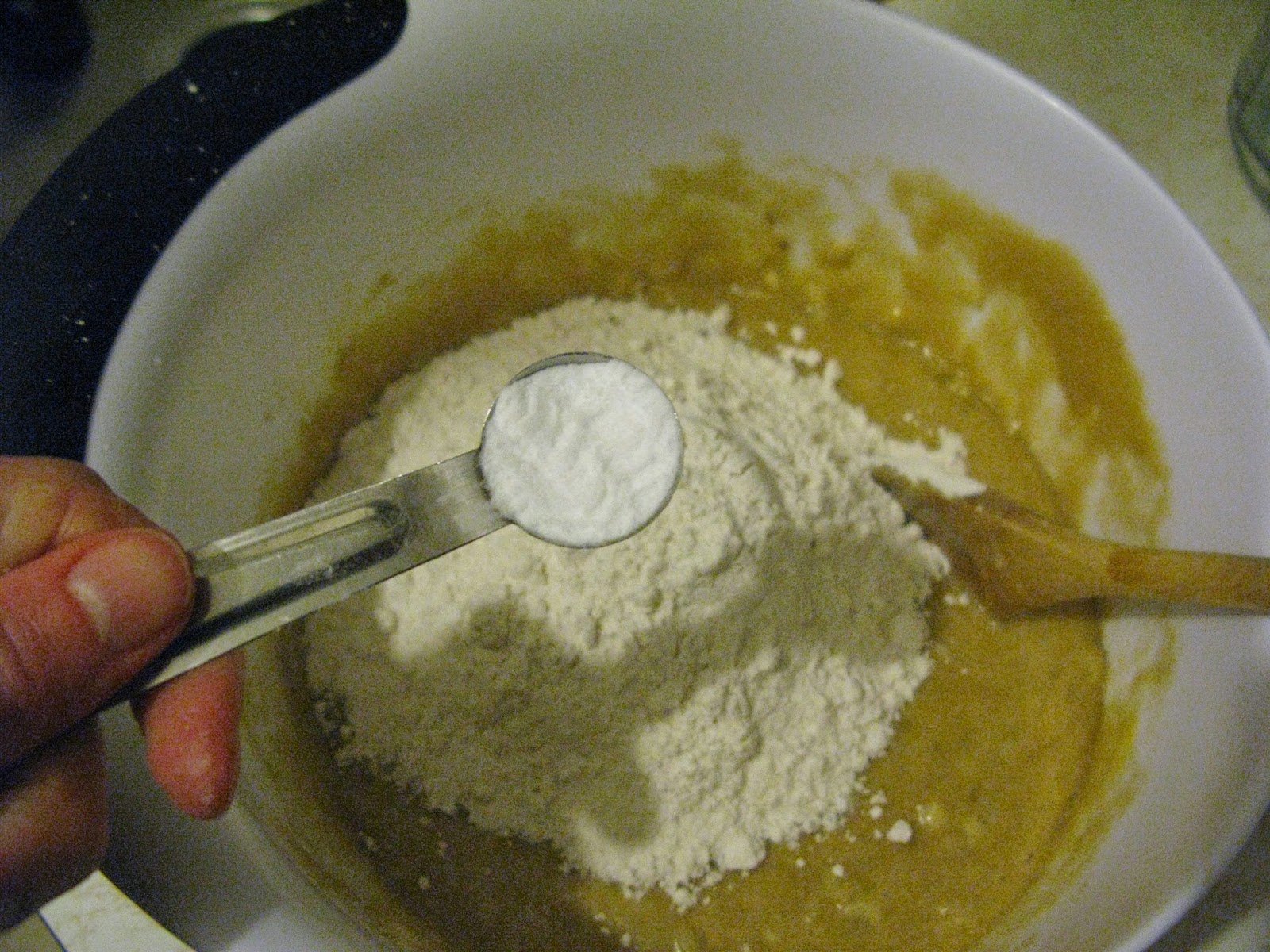 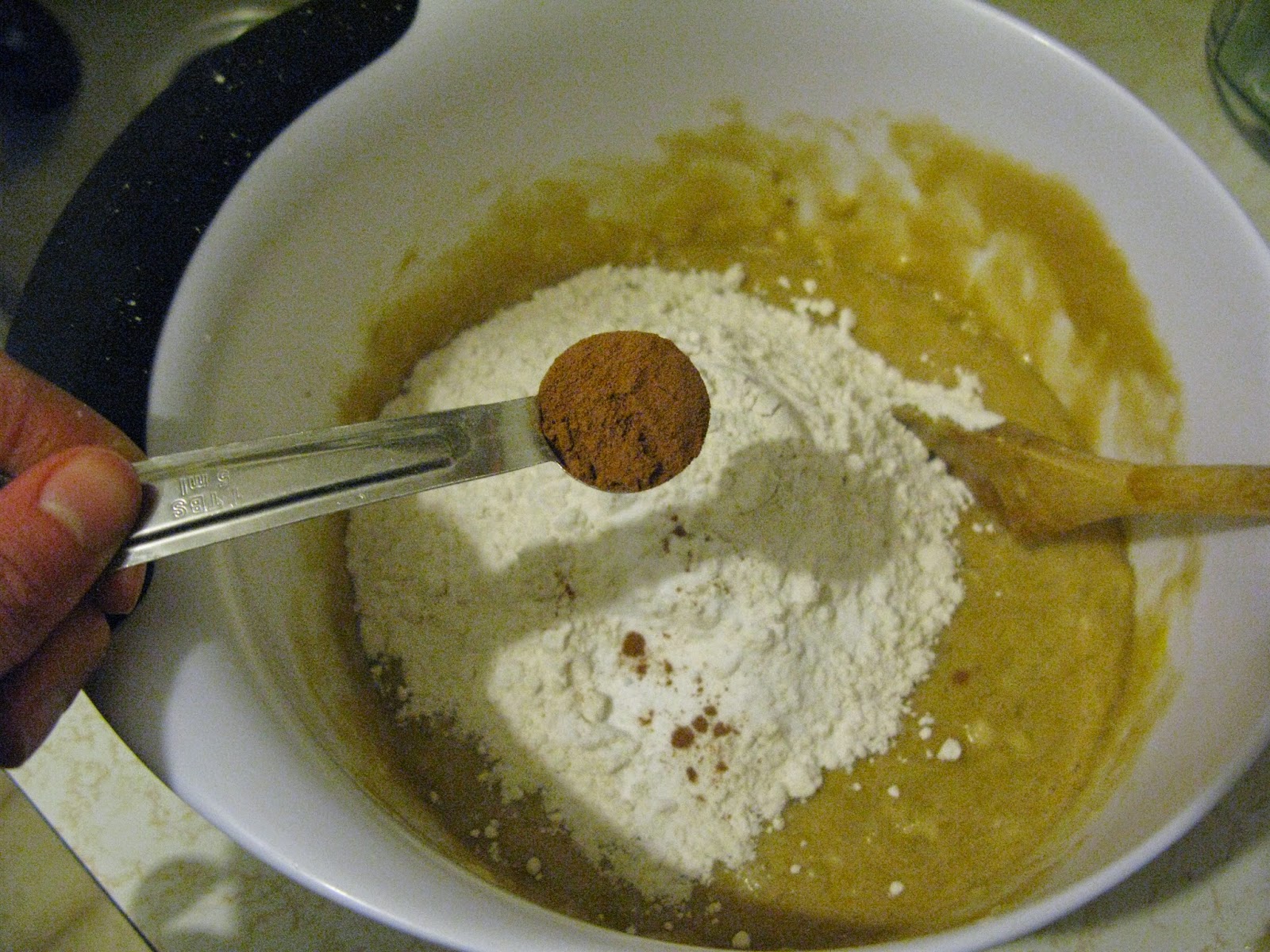 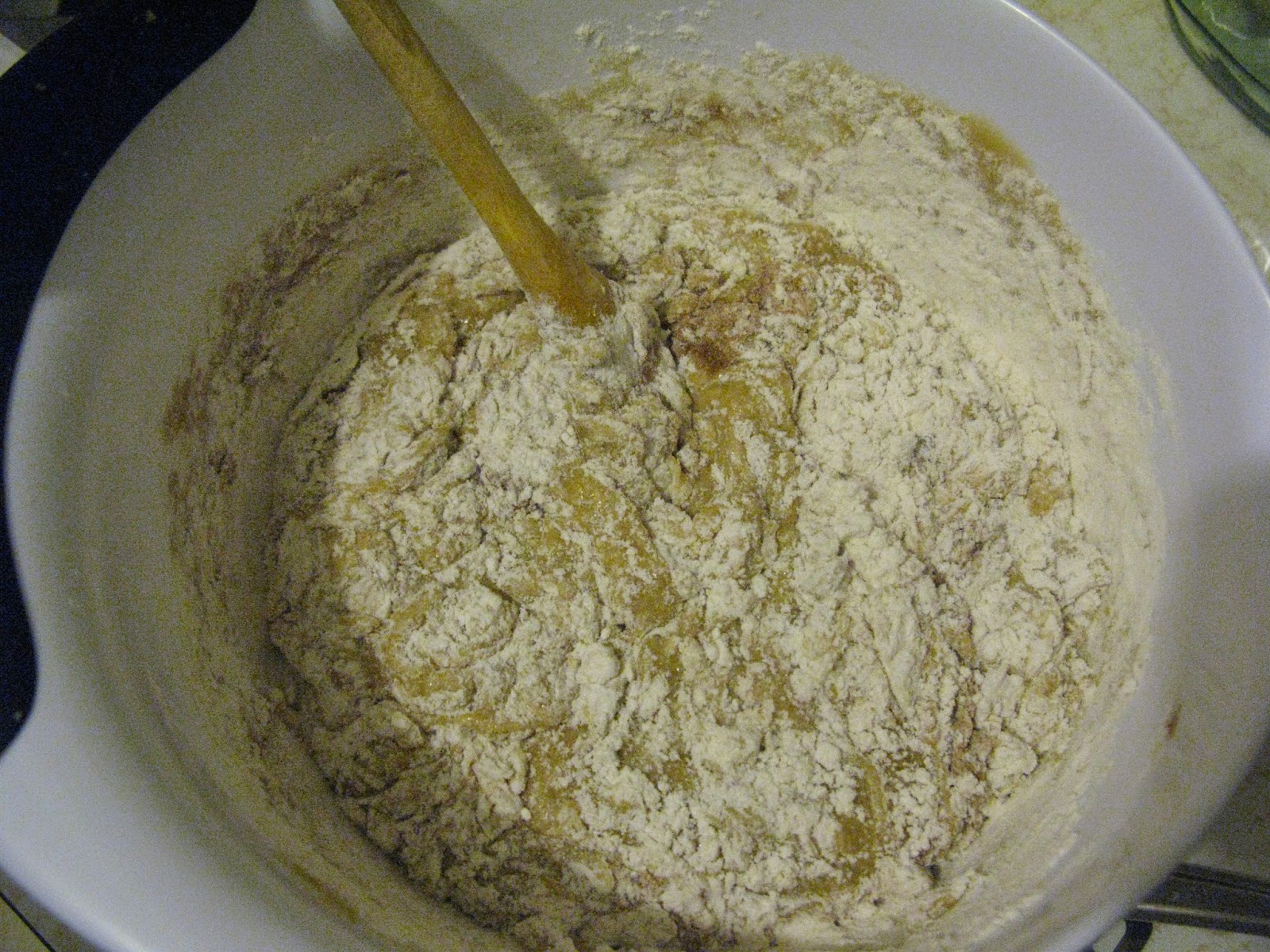 After it was just combined, I added the chocolate chips, walnuts, coconut flakes, and dried blueberries.  There ingredients made this banana bread extra special and delightful.  They were my favorite parts of the bread. 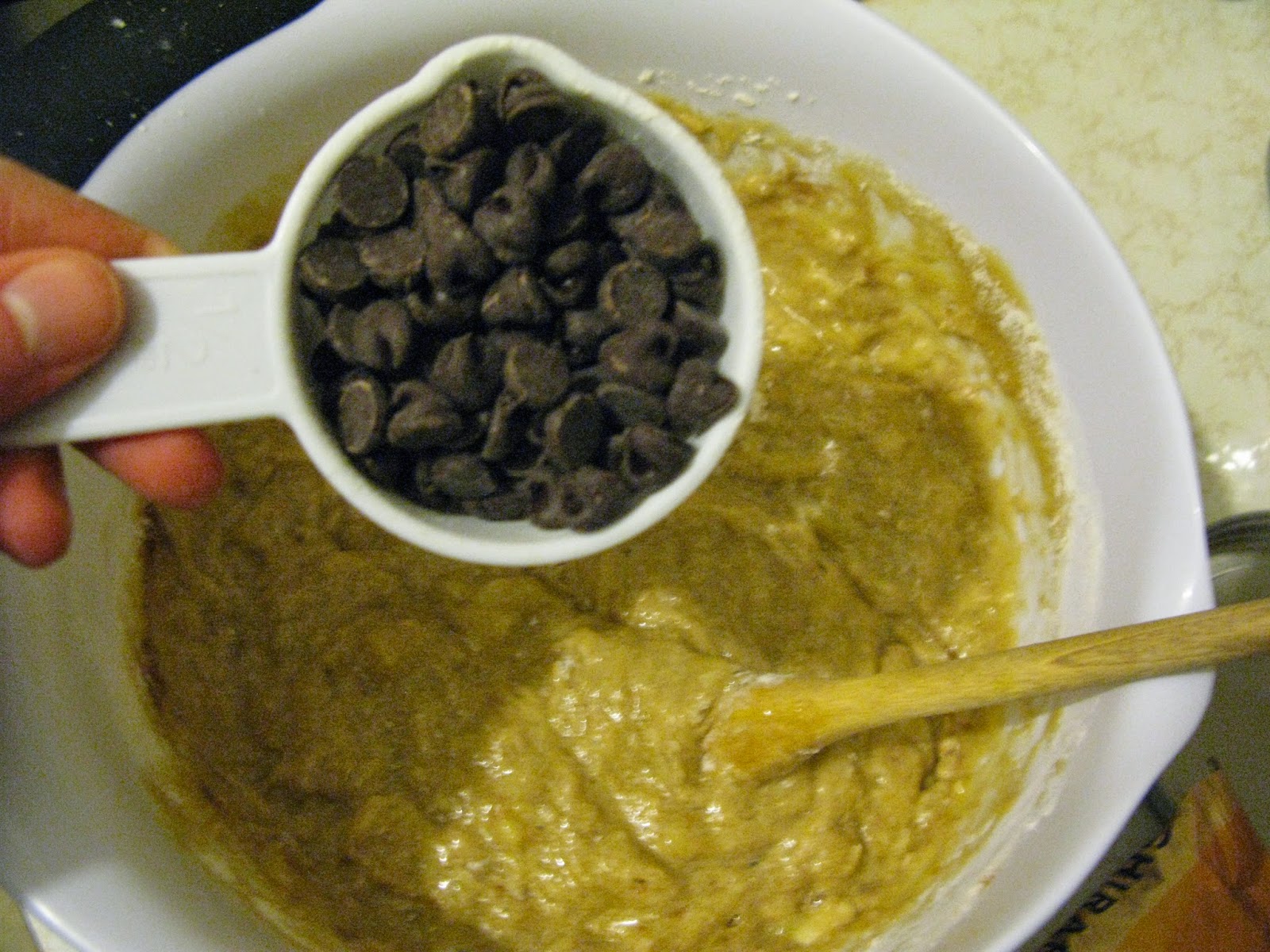 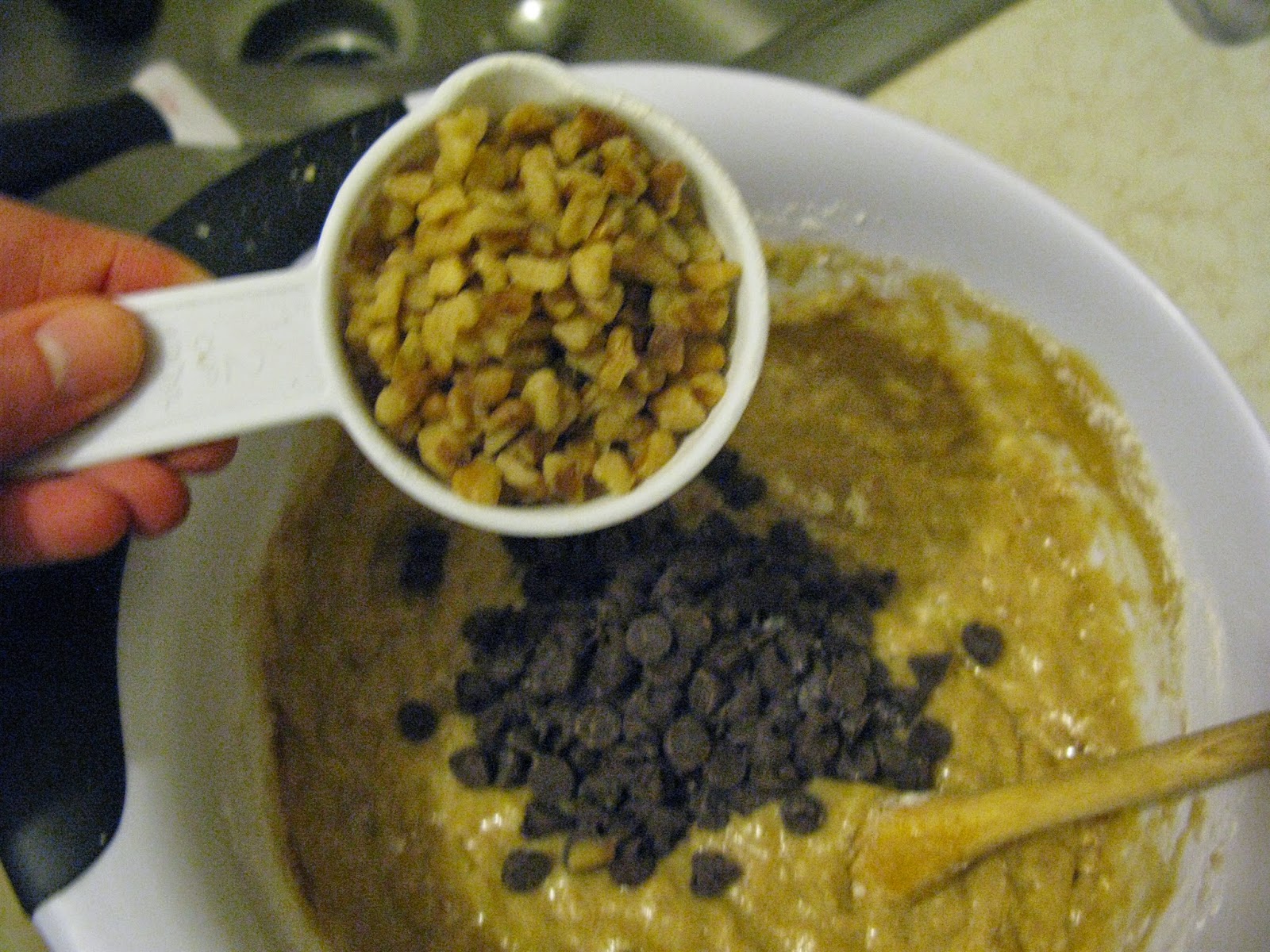 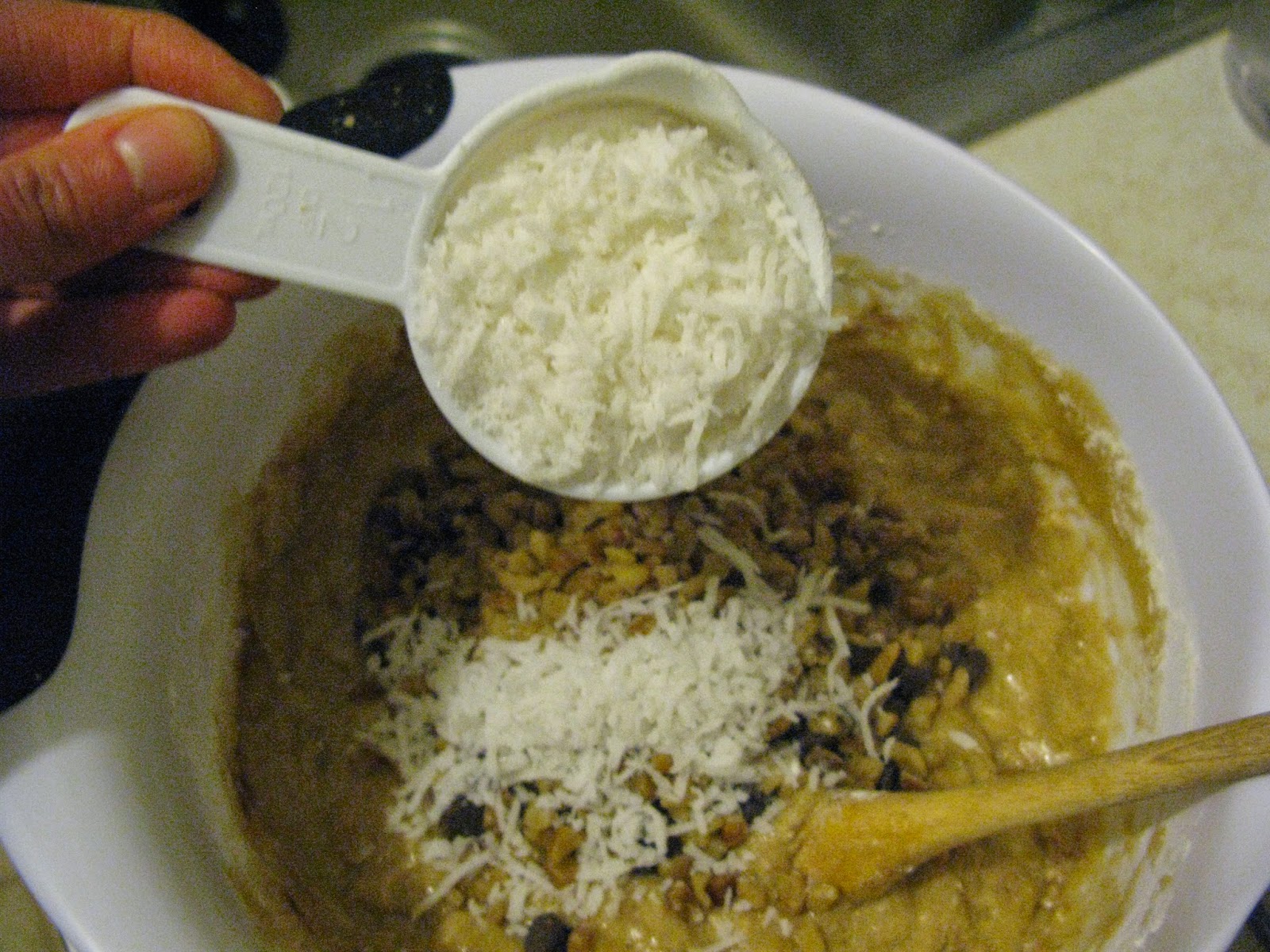 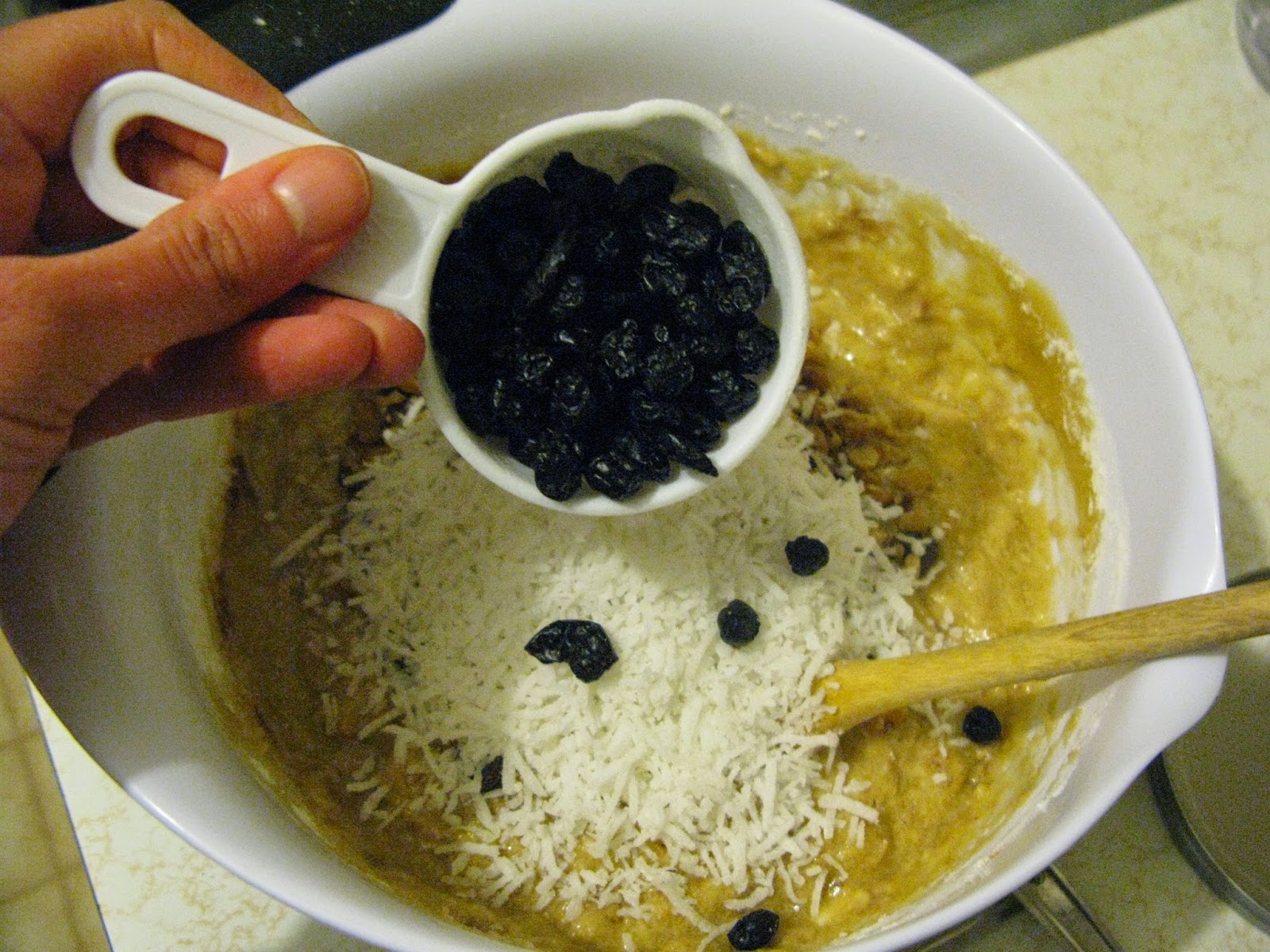 I stirred until everything was combined. 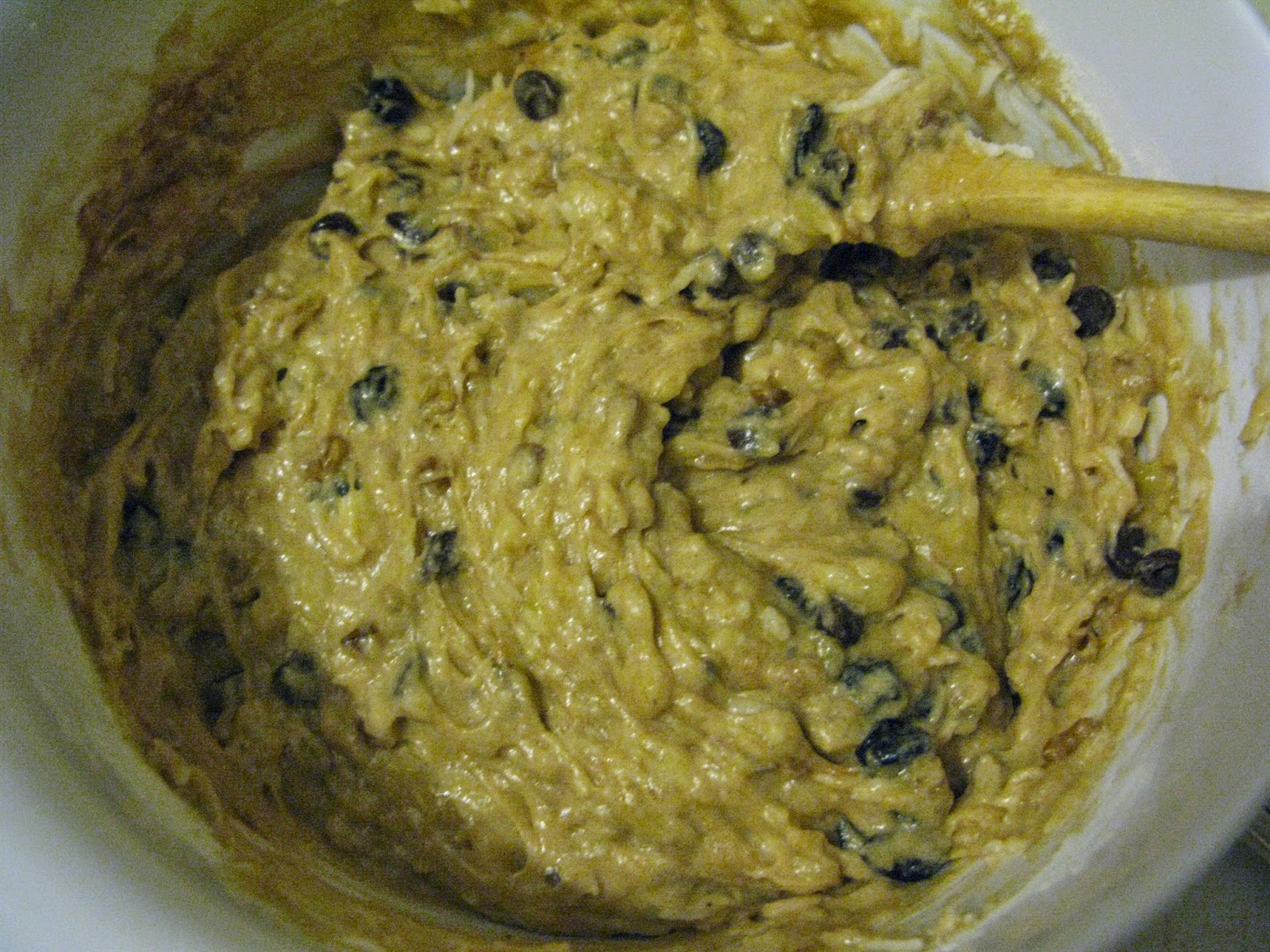 I poured the batter into a loaf pan lined with parchment paper. 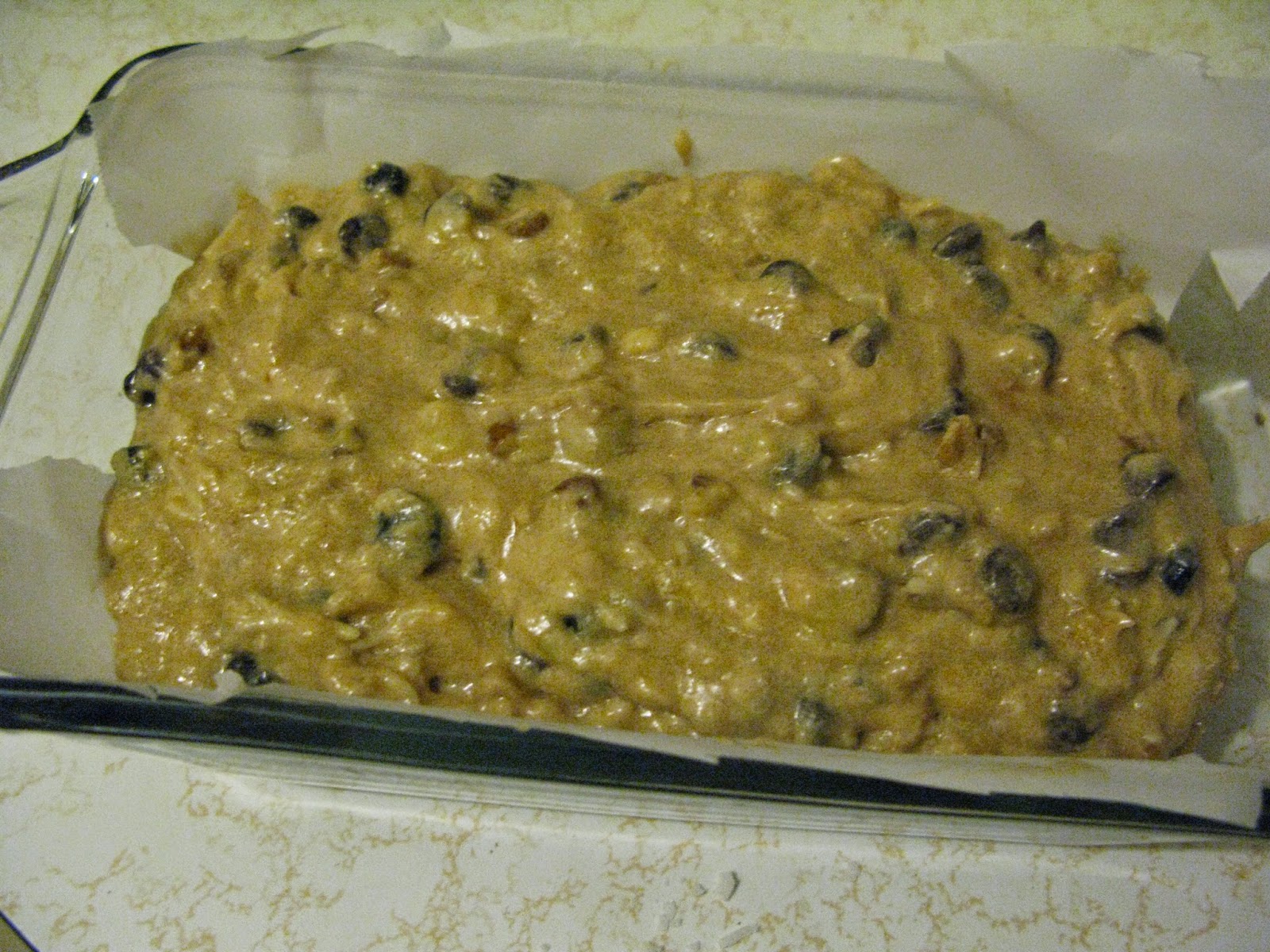 I baked the bread at 350 degrees for 70 minutes.  I always need to bake for longer when I use this glass loaf pan.  With another pan, it would probably take around 60 minutes. 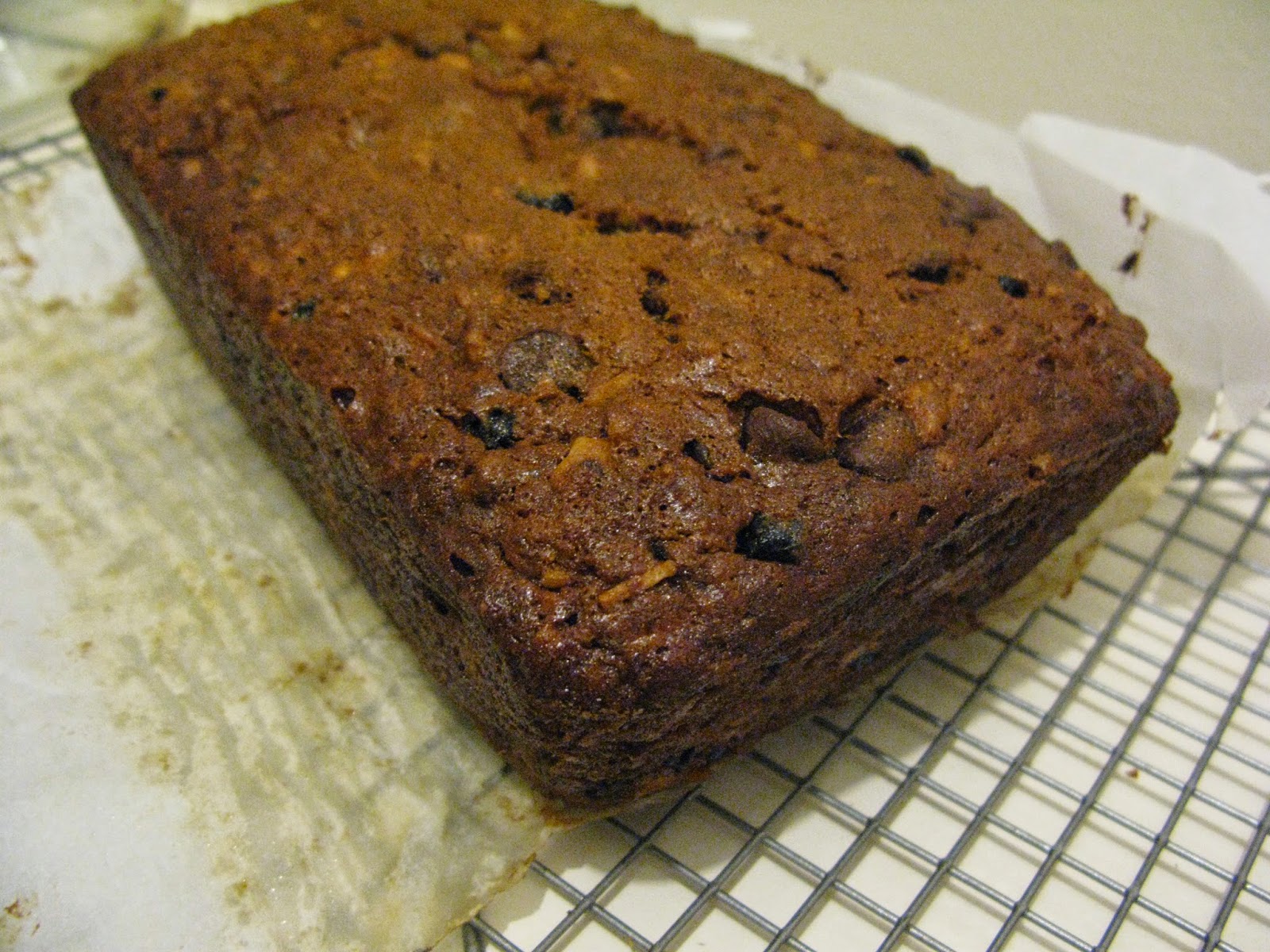 This bread was soft, enticing, and luscious.   Fresh baked bread always smells tempting when it comes out of the oven, and this bread didn't disappoint. 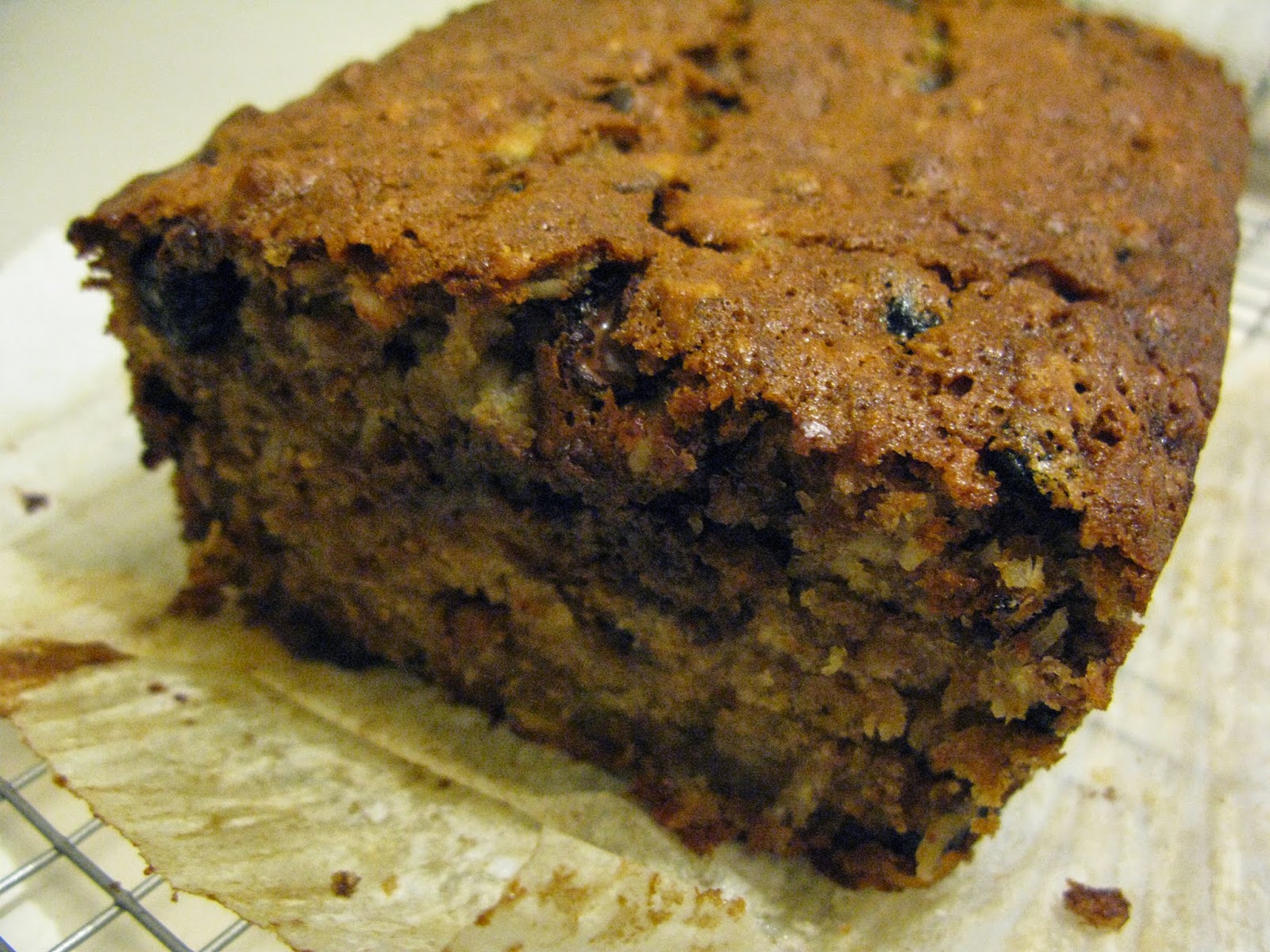 It was so sweet and delicious that it didn't require any jam or glaze.  I enjoyed all the yummy bits of nuts, berries, and chocolate. 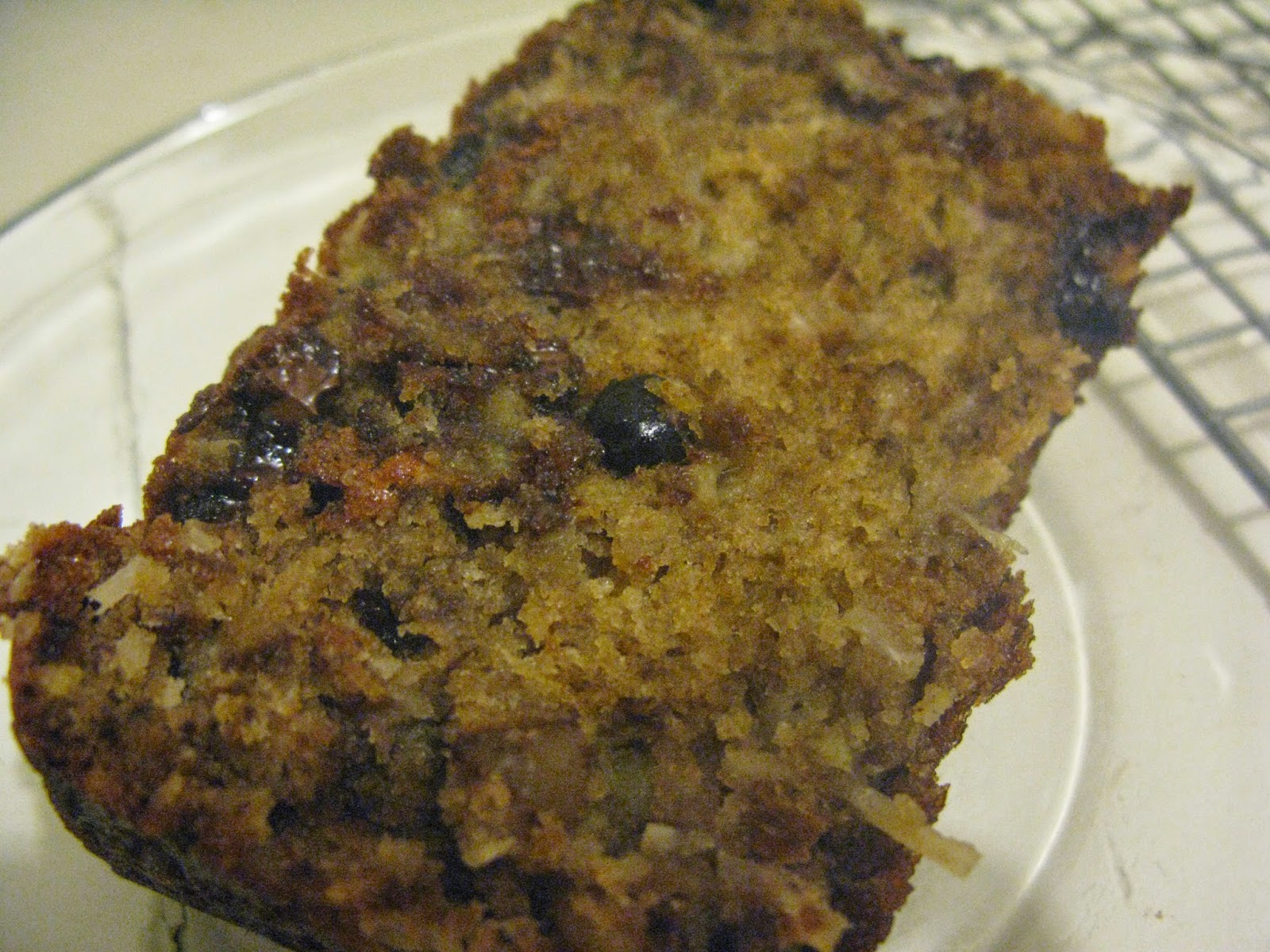 There were so many delicious flavors and textures going on this this toothsome bread. 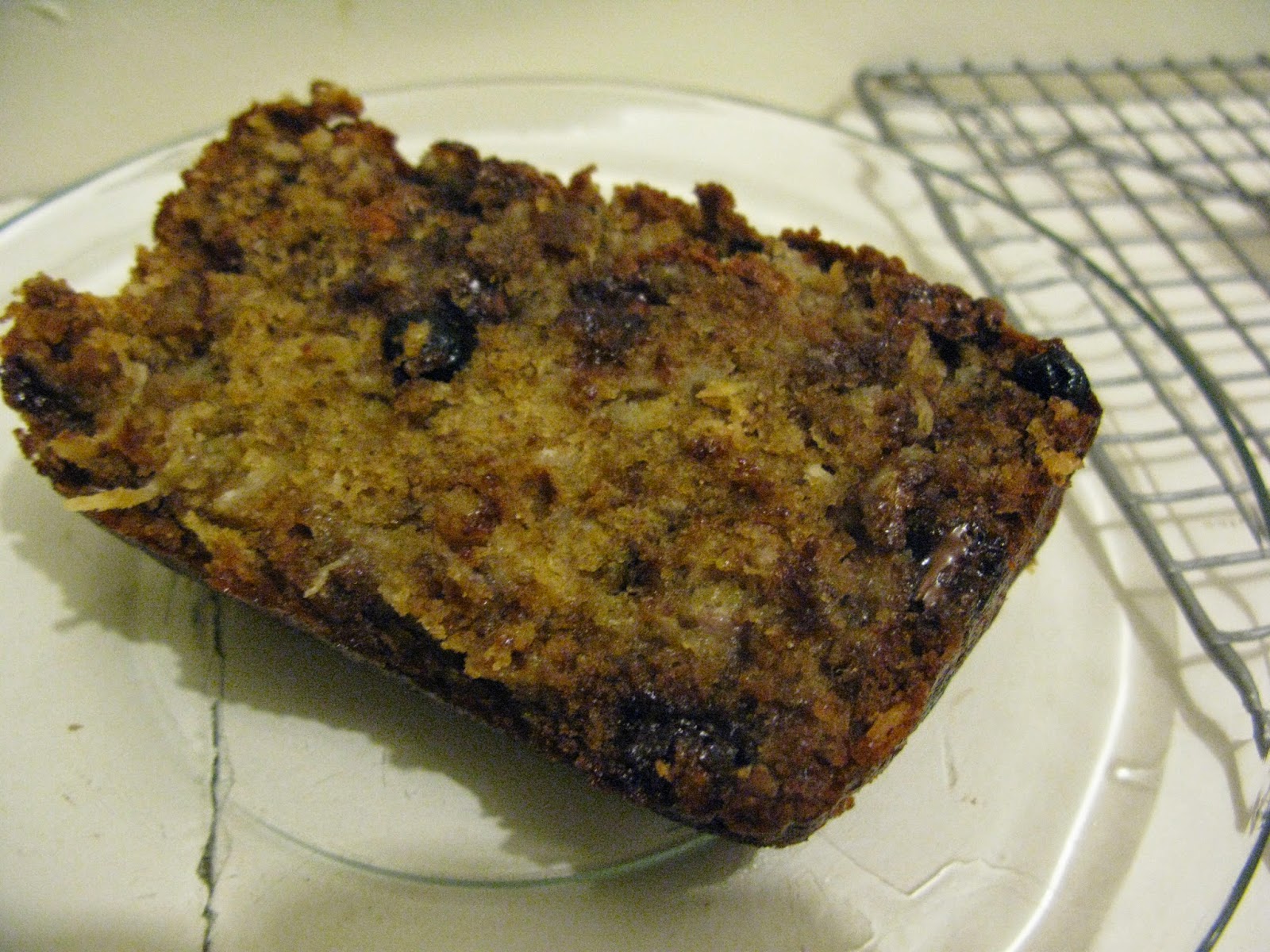 I'm always glad when I have a few brown and mushy bananas because banana bread is such a wonderful treat.  Adding blueberries and coconut make this bread even more desirable. 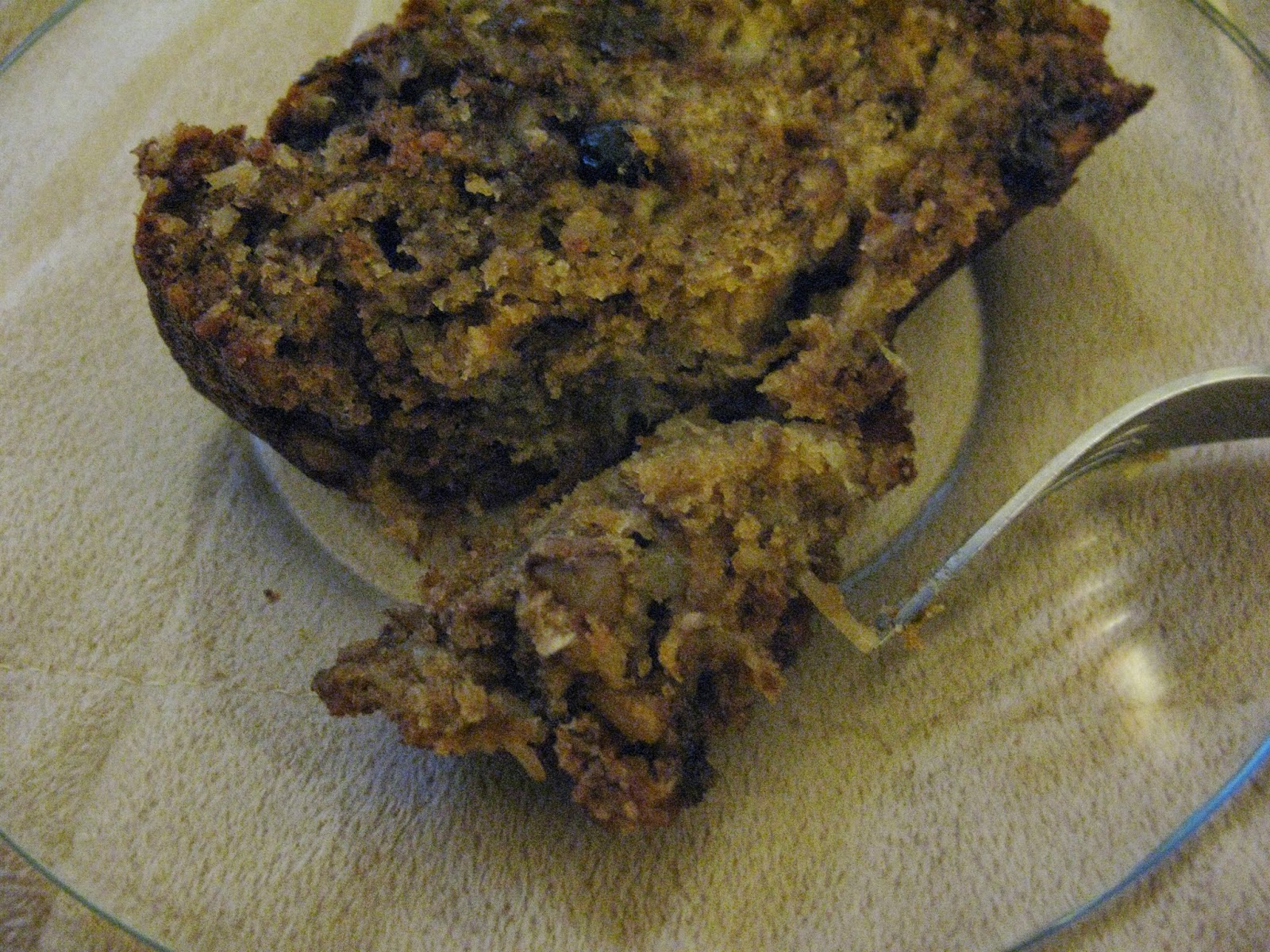 If you make this, you won't be disappointed. 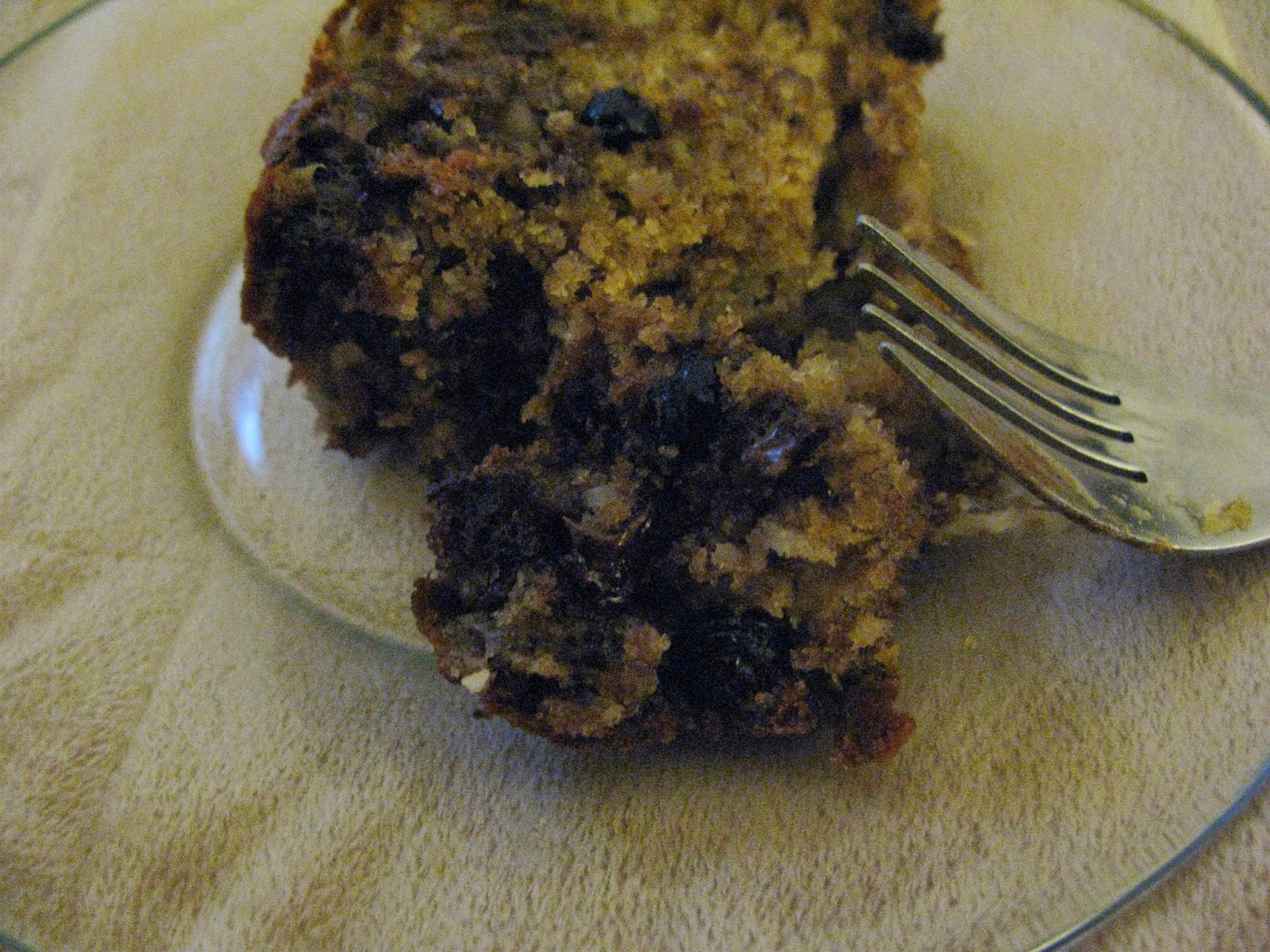