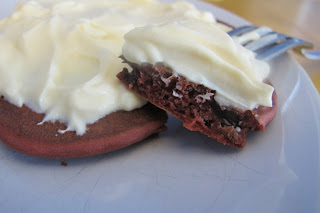 The pancake obsession continues!  These pancakes are a little different than any other pancake I have made.  They are red. 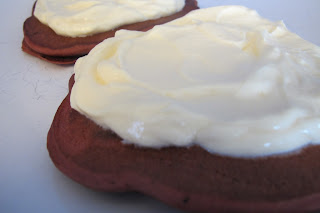 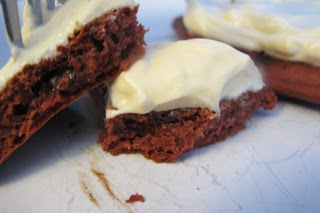 Red velvet cakes often include buttermilk or vinegar that reacts with the cocoa powder to make the cocoa red.  These cakes are colored with red dye, though some versions get their red color from beets. 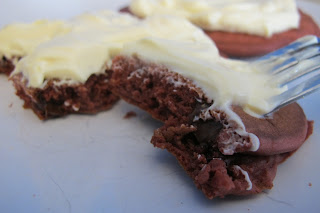 I thought red velvet was a southern cake, but Wikipedia says it was first made at the Waldorf Astoria hotel in New York City.  It is often served with cream cheese frosting. 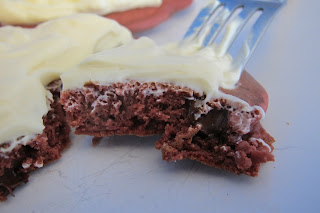 In the movie Steel Magnolias, the groom's cake is a red velvet cake shaped as an armadillo.  In real life, I don't think I have ever been to a wedding with a grooms cake. 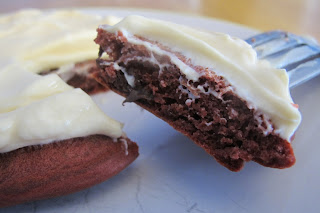 I find most of my recipes on All Recipes, but I shook things up a bit and found this on a blog called Divas Can Cook.  I have actually seen the woman who blogs at this site on her YouTube channel as well. 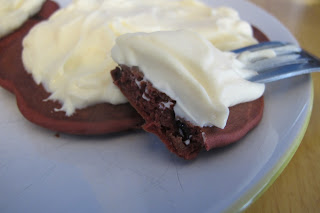 The recipe comes with a cream cheese icing, which I didn't make.  I ate mine with greek yogurt, but I'm sure the cream cheese icing is much taster.  I added less red food coloring and more cocoa powder.  I also added chocolate chips. 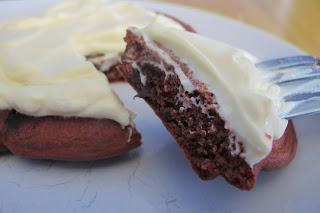 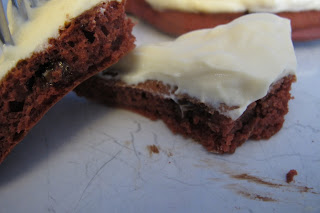 I added the flour, baking powder, salt, sugar, and cocoa powder.  I whisked the dry ingredients together.

I added the melted butter, beaten egg, red food coloring, and buttermilk.  I whisked the batter together until there were no lumps.

I stirred in the chocolate chips. 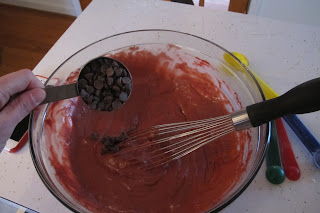 I scooped some batter into a greased pan over medium high heat.  I cooked one side until bubbles started to form.  I flipped the pancakes and cooked the other side for a few minutes. 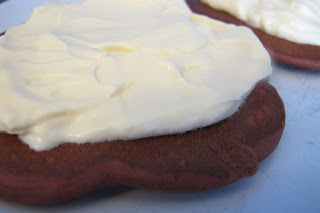 I ate these pancakes topped with greek yogurt.  The original recipe came with directions for a cream cheese frosting.  I think that would be more authentic and delicious. 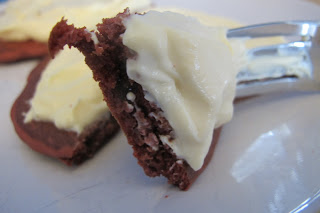 This was a good pancake recipe.

The pancake texture was fluffy and light.  The pancakes were thick and hearty. 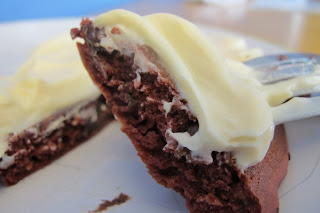 The pancakes had a subtle cocoa flavor.  The pancakes also had sweet, melted, milky chunks of chocolate. 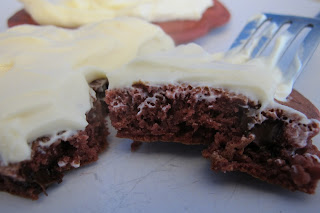 The pancakes were a pretty and vibrant pink.  I think these pancakes would make a great Valentine's Day breakfast.

They were sweet, tender, and delicious. 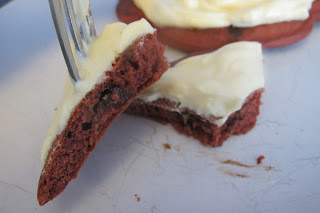 I approve of these pancakes.  They were fun, festive, and tasty. 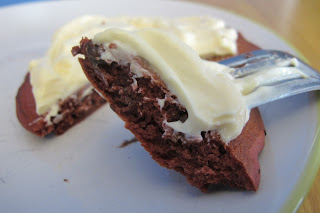