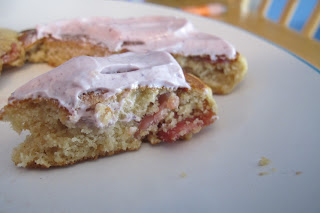 I bought a package of bacon a few weeks ago to make balsamic glazed brussels sprouts with bacon.  I had some bacon left over so I decided to make peanut butter pancakes with some crispy bacon inside.  It was a good decision. 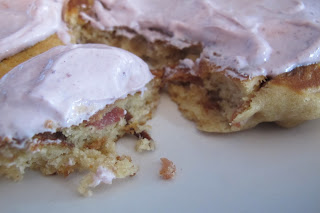 In many parts of the world bacon is made from the back or side of a pig.  In America and Canada, it is usually made with pork belly. 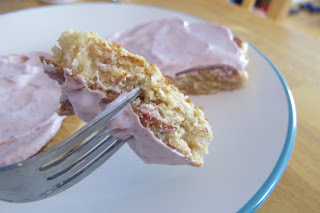 Bacon is first curried in salt.  After that it can be dried, boiled, or smoked.   Bacon in Japan is precooked.  After it is cooked at home, it has the consistency of ham. 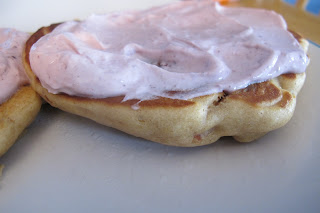 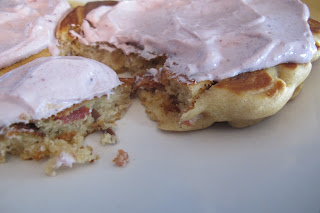 Unfortunately eating lots of bacon has been associated with heart disease.  I would have thought that the high fat content was the culprit for the increased likelihood of heart disease, but the sodium is also a problem. 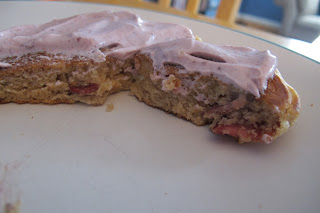 The peanut butter pancake recipe came from food.com.  It is supposed to make 12 servings.  My batch made around for servings.  I added eight cooked and crispy pieces of bacon.  I also used bacon grease instead of vegetable oil. 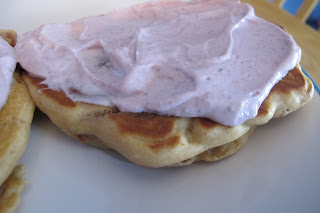 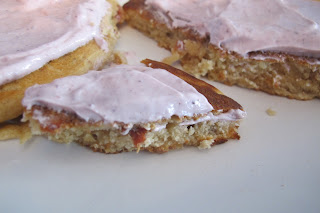 I combined the flour, baking powder, and salt with a whisk.

In another bowl, I combined the peanut butter, sugar, and bacon grease.

I stirred in the egg. 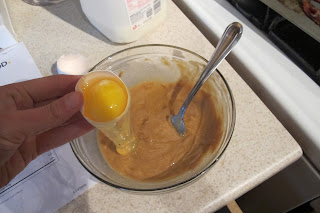 I stirred in the milk as best I could. 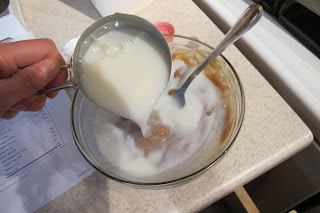 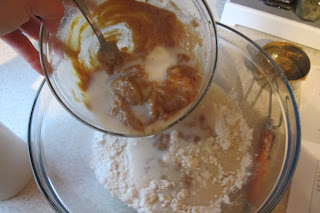 I stirred in the coarsely chopped bacon.

I added a third of a cup of batter to a greased and hot skillet.  I flipped the pancakes when bubbles started forming in the center of the pancake and the edges looked drier.  I cooked the other side of the pancake for a few minutes until it was golden brown.

I ate these pancakes with strawberry greek yogurt because I'm a healthy person. 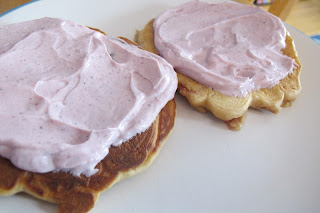 There were decadent and scrumptious pancakes. 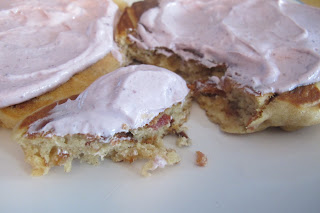 They were rich and hearty.

They are not something you should eat regularly if you are concerned about your health at all. 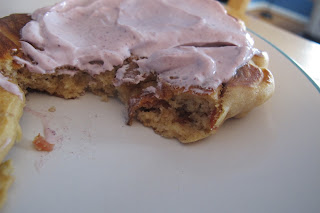 The pancakes were fluffy and thick.  They had a pronounced pronounced peanut butter flavor. 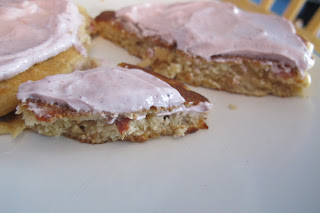 The bacon was smokey and savory. 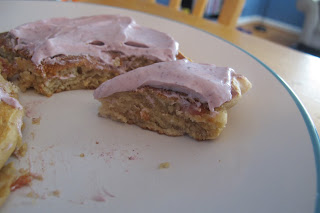 The combination of peanut butter and bacon is spectacular.   Without question, these were phenomenal pancakes.   I wish I could eat them every morning without guilt.

Oh my goodness! Peanut butter and bacon? My husband would polish these pancakes off in no time! The