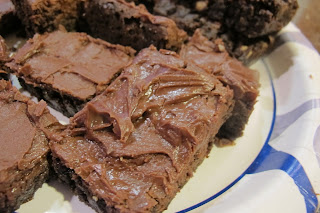 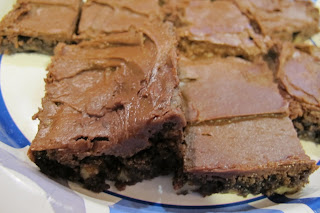 They have a set of musical pipes that gets taken out at least once a year on New Year's Eve.  There are over twenty pipe.  Each pipe has a distinct number at note.  Each person is given a pipe and a nail to hit the pipe with.  My aunt directs us when to play with music written by the tone's  number. 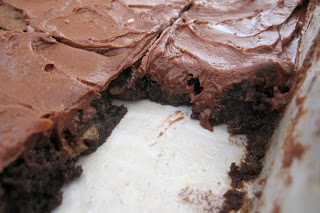 It makes for some interesting music.  Sometimes I can't even tell what the tune is until we play through the song a few times.  My cousin also makes crackers. 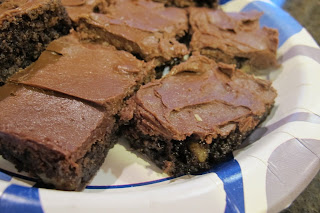 At midnight we pull the crackers open with a pop and see what is inside.  There is usually a little toy, a joke, and some candy.  It was fun.  Good company makes any event enjoyable. 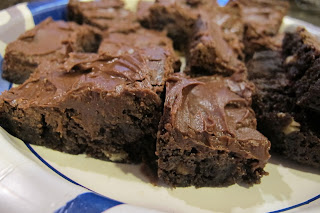 Looking over my pictures, I realize I baked many unhealthy desserts over the holidays.  I haven't dared weigh myself since Christmas.  I am going to wait until the end of January to give myself time to loose holiday weight. 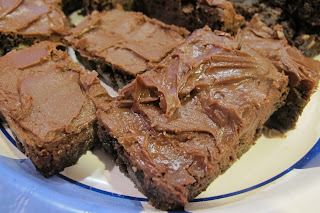 I found a brownie recipe from one of my mom's cookbooks.  I took a picture of the recipe, but I didn't remember to right down the name of the cookbook.  Oh well!  I added orange extract to the brownie and frosting to make the dessert a little more festive. 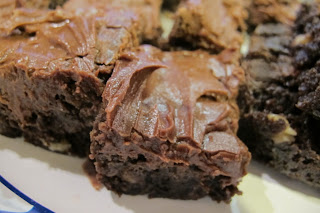 To make the brownies, I melted the butter in a sauce pan. 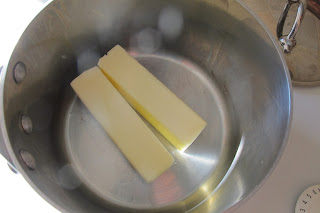 I mixed in the cocoa powder.  I let this cool a few minutes. 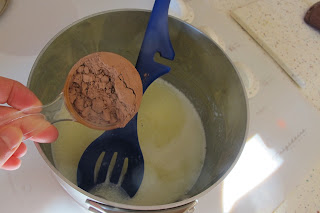 After the melted butter had cooled a bit, I added the eggs one at a time and stirred thoroughly after each addition. 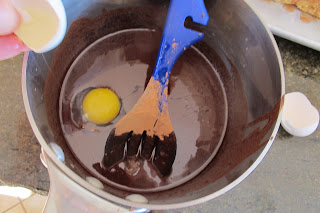 I mixed in the sugar and then the orange extract.

I mixed in the salt, baking soda, and all purpose flour.

I then mixed in the chopped walnuts. 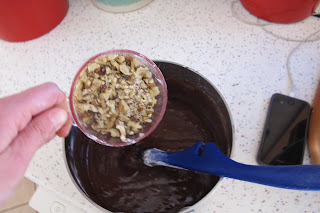 I lined a nine by thirteen inch baking dish with parchment paper.  I then greased the pan thoroughly.   I poured the batter into the pan and smoothed the batter out evenly.  I baked the brownies for 30 minutes at 350 degrees.

I let the brownies cool completely.  For the frosting, I creamed the butter.  I then mixed in the cocoa powder. 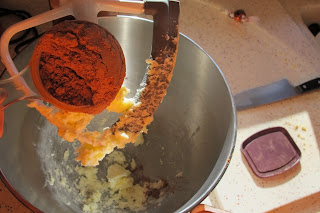 I mixed in the orange extract and the milk one tablespoon at a time.  I continued to cream the frosting.

I gradually added the powdered sugar until the perfect, creamy consistency was achieved.

I spread the frosting on top of the cooled brownies. 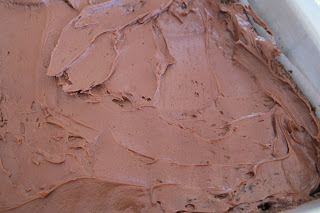 I cut the brownies into little squares.

Brownies are always delicious and these were no exception.  I appreciated the bright hint of orange.  The extract I used was good quality because it didn't taste artificial at all.  Orange and chocolate is a great combination. 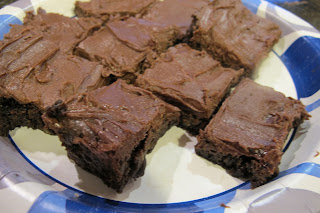 The chocolate flavor was dark, rich and pronounced.  The nuts adds crunch. 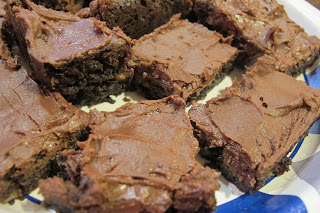 The frosting was also rich and chocolaty.  It was creamy and luscious.

The frosting and brownies together were decadent and scruptious. 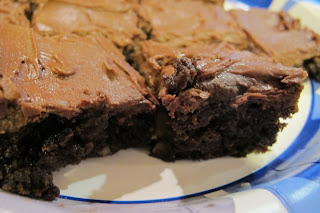 These were popular at the New Year's Eve party for a good reason.  They were delicious and worth every calorie. 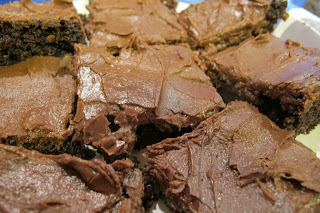