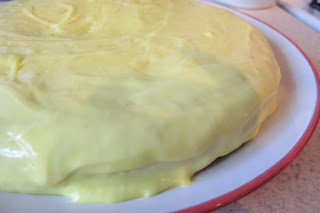 So, what do you know about Norway?  A couple of weeks ago, a friend held a Scandinavian themed potluck.  I brought this Norwegian Almond Cake.  People also brought cheese, Swedish meatballs, and a berry tea, among other things. 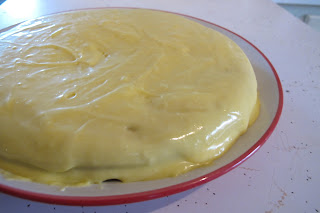 I'm not sure if this is an authentic dish.  According to Wikipedia, Norwegian desserts often have berries and cardamom.  The site also mentions Krumkake, a thin rolled caked with whipped cream, and Julekake, a spiced leavened loaf cake coated with cinnamon and sugar.  There was no mention of almond cake. 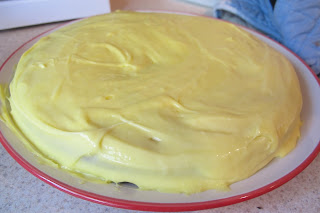 Wikipedia also said the traditionally, they eat local game and fish.  They would eat preserved foods because of the long winters.  There are a number of dishes listed.  Most sound delicious.  Smallhove is an exception.  It is eaten around Christmas and is made from a sheep's head. 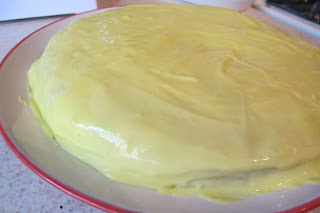 Bread is a major staple of Norwegian diet.  Many Norwegians eat an open faced sandwich for lunch or breakfast.  There are a variety of cheeses too.  I have heard of Jarlsberg but am unfamiliar with the other cheeses.  Some of there cheese are flavored with caraway seeds, cumin, or cloves. 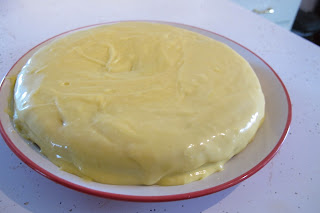 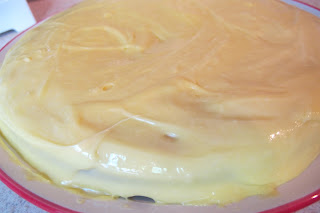 I made the topping and let it set overnight in the fridge before making the cake.  The recipe directed me to do so.  The topping is cooked over a bain-marie, so I put the ingredients into a heat proof bowl.  I added the egg yolks and sugar.  I whisked these ingredients together. 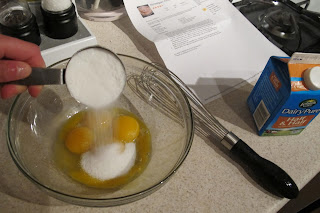 I placed the sugary egg yolks over a pan with simmering water. 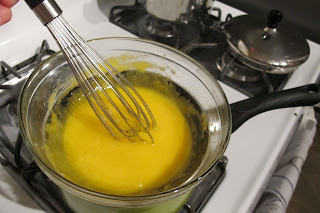 I added the heavy cream. 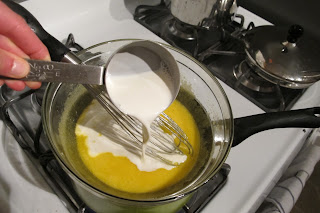 I continued to whisk and heat the topping over simmering water until it thickened.  This took a long time.  When I drizzled some of the topping on top of the mixture, it was visible for a few second before sinking.  It took at least 20 minutes.

Once it was thick, I removed the bowl from the heat.  I added the butter and stirred until melted.

I covered this with plastic wrap and placed it in the fridge overnight.  I placed the plastic wrap directly on the topping so a skin didn't form. 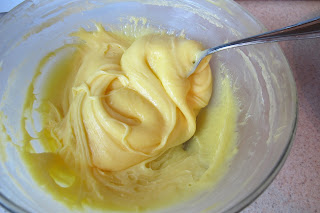 For the cake, I whipped the egg whites until firm peaks formed. 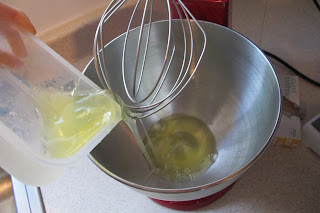 In another bowl, I stirred the ground almonds, baking powder, and confectioner's sugar together.

I stirred in a third of the whipped egg whites into the dry ingredients to lighted the mixture. 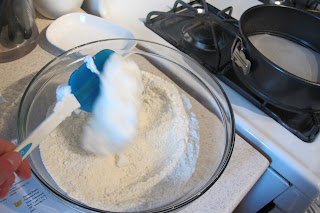 I folded in the remaining egg whites into the batter until blended.

I lined the bottom of a spring form pan with parchment paper.  I greased the paper and sides.  I poured the batter into the pan.

I baked the cake for 30 minutes at 400 degrees.  I let it cool and then removed it from the pan. 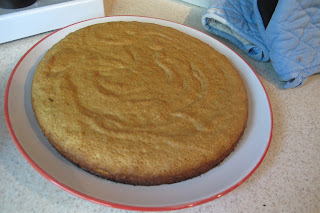 I spread the thick topping onto the cake.

I don't have any pictures of the inside because I didn't bring my camera to the party. 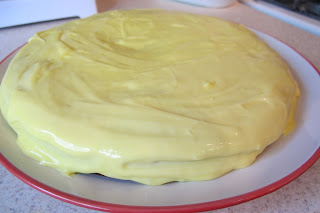 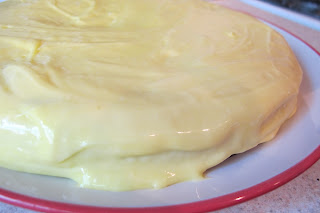 The topping was scrumptious too.  It was smooth, creamy, rich, and buttery. 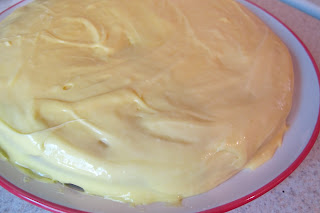 I am sure that most of the calories in this cake come from the topping.  It has loads of butter and cream.  Unsurprisingly, it was also delicious. 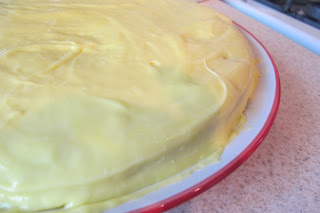 A few people  mentioned that it was a toothsome cake.  I even went back for another slice. 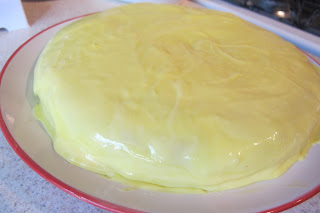 It was a very decadent and delightful cake.  It is definitely worth making.

I don't care if it is authentic or not, it sounds freaking amazing!

This looks great, the topping looks amazing. Never heard of this cake and now im interested!

Thanks! It was amazing :)