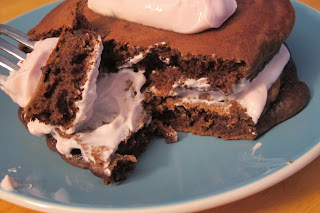 I recently signed up to take a calculus class at a local community college.  I'm only in the second week, and it is already tiring me out.  I have classes twice a week after work.  The classes are three and a half hours long. 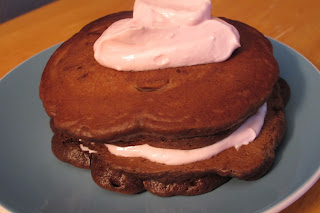 I kind of hoped that the teacher would let us out after three hours, but we often go over three and half hours.  On the days that I don't have class, I am often doing homework. 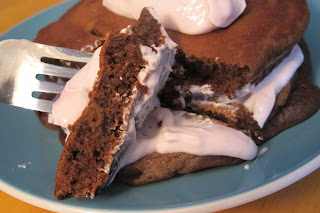 In fact, I am doing math problems while writing this post.  I write a few sentences then solve a math problem.  I had forgotten how much time homework takes. 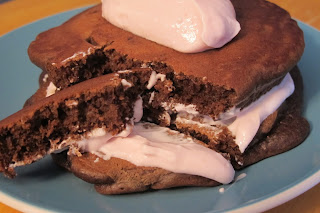 Fortunately, I like my teacher.  He seems like a very competent mathematician.  When he addresses the class, he calls us people, which I find amusing.  He also uses the phrase, "there is a failure to communicate."  I think I need to adopt this phrase myself. 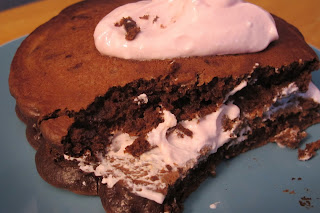 A few months ago I saw many chai spiced recipes on food blogs.  I'm a little to late to be chic better late then never. 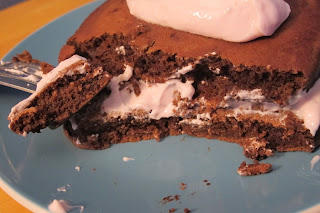 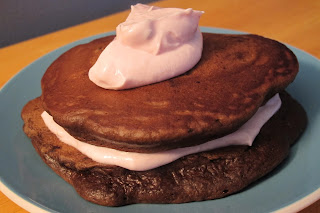 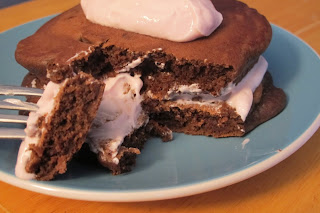 To make these pancakes, I combined the milk, egg, and butter. 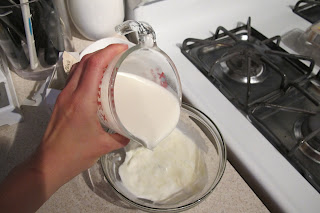 I combined the flour, cocoa powder, sugar, baking soda,  and salt in another bowl.

I added the cinnamon, cardamom, cloves, coriander, and ginger to the flour mixture.  I whisked the dry ingredients together well.

I combined the dry and wet ingredients.  I stirred until there were no lumps. 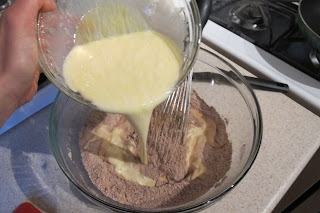 I chopped up the semi sweet chocolate and added it to the pancake mixture.

For each pancake, I scooped a third of a cup of the batter onto a hot and greased skillet.  I flipped the pancakes when the edges looked try and little bubbles started forming in the center.  I cooked the other side for a few minutes. 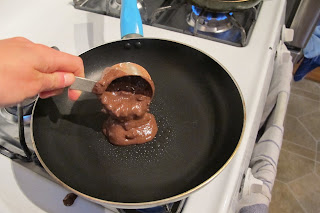 As is my custom, I ate these with greek yogurt.

These were good pancakes.  The texture was fluffy and tender. 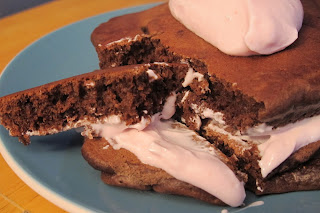 The chocolate completely disappeared in the pancakes.  There were no chunks of melted chocolate.  I think chocolate chips would have been better because they don't dissolve into pancakes. 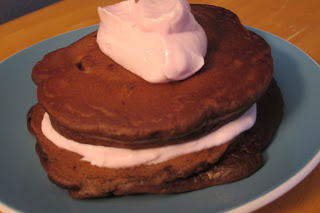 The spices were a little strong.  I think I should have halved all the spices.  It wasn't overwhelming, but it was a bit much.

Despite my complaints, these were aromatic and homey. 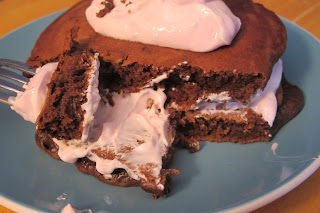 They were good pancakes, but I have made better. 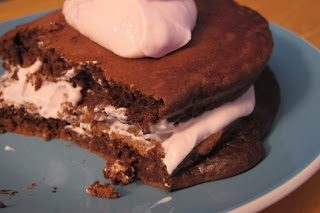