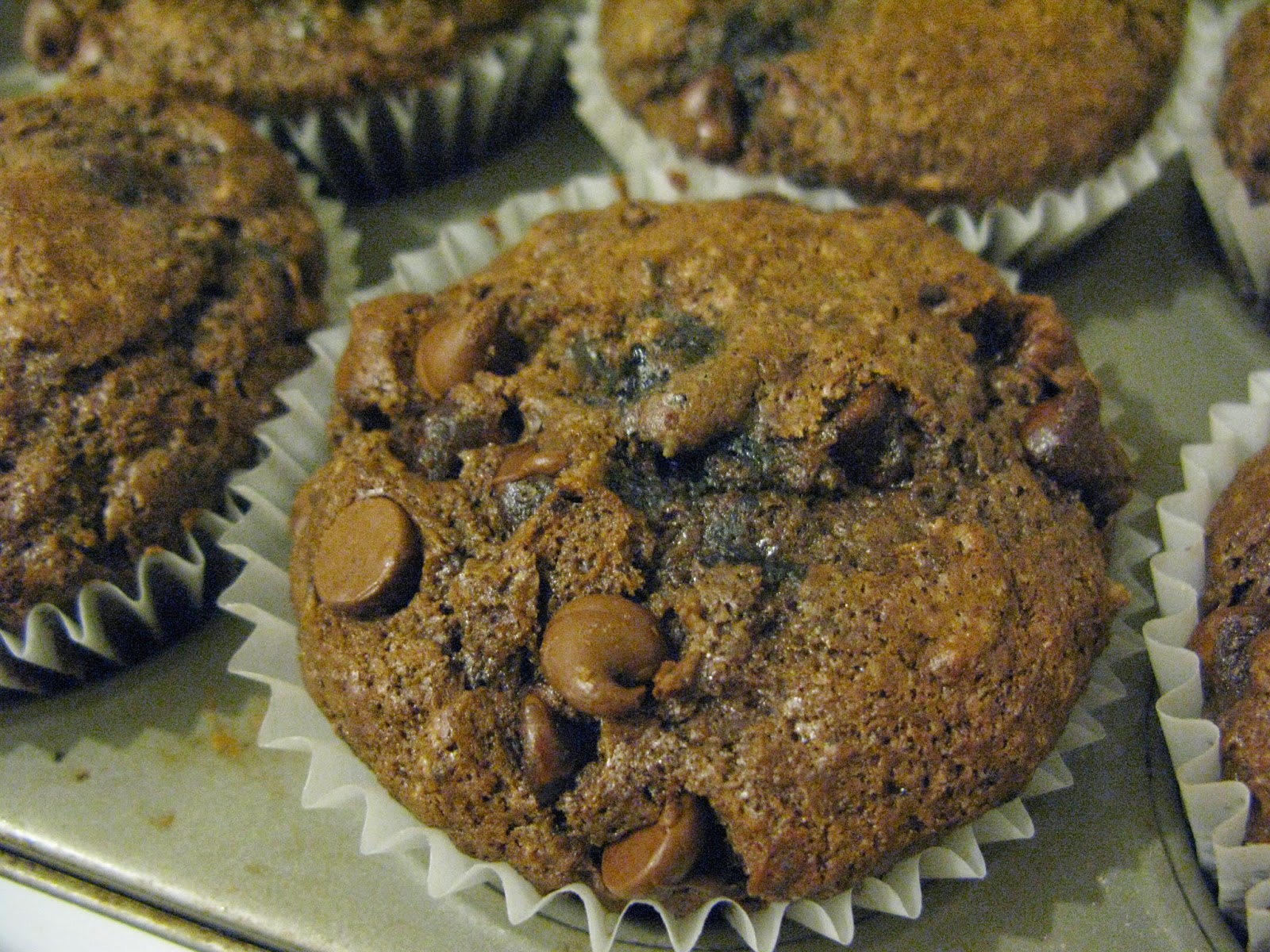 What are your thoughts on 3D movies?  Yesterday I saw the new X Men movie in 3D.  It cost $17.  Isn't that exorbitant?  I'm not sure if seeing it in 3D warranted the additional $5. 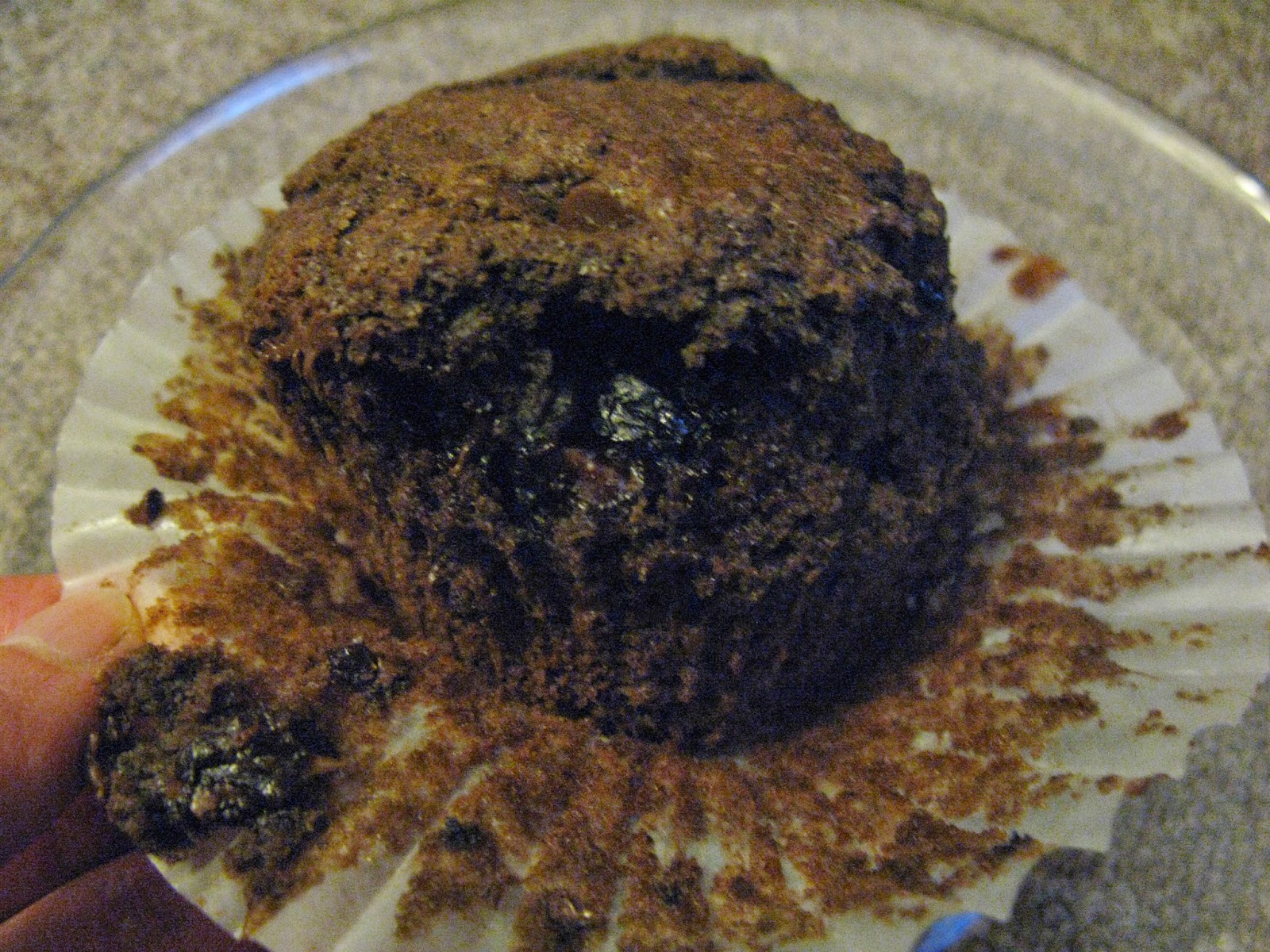 I wonder what they do will all of the 3D glasses after the movie.  I assume they do some rudimentary cleaning and then repackage them.  A friend suggested we keep the glasses, and the next time we see a 3D movie, we pay the regular price and bring our own glasses. 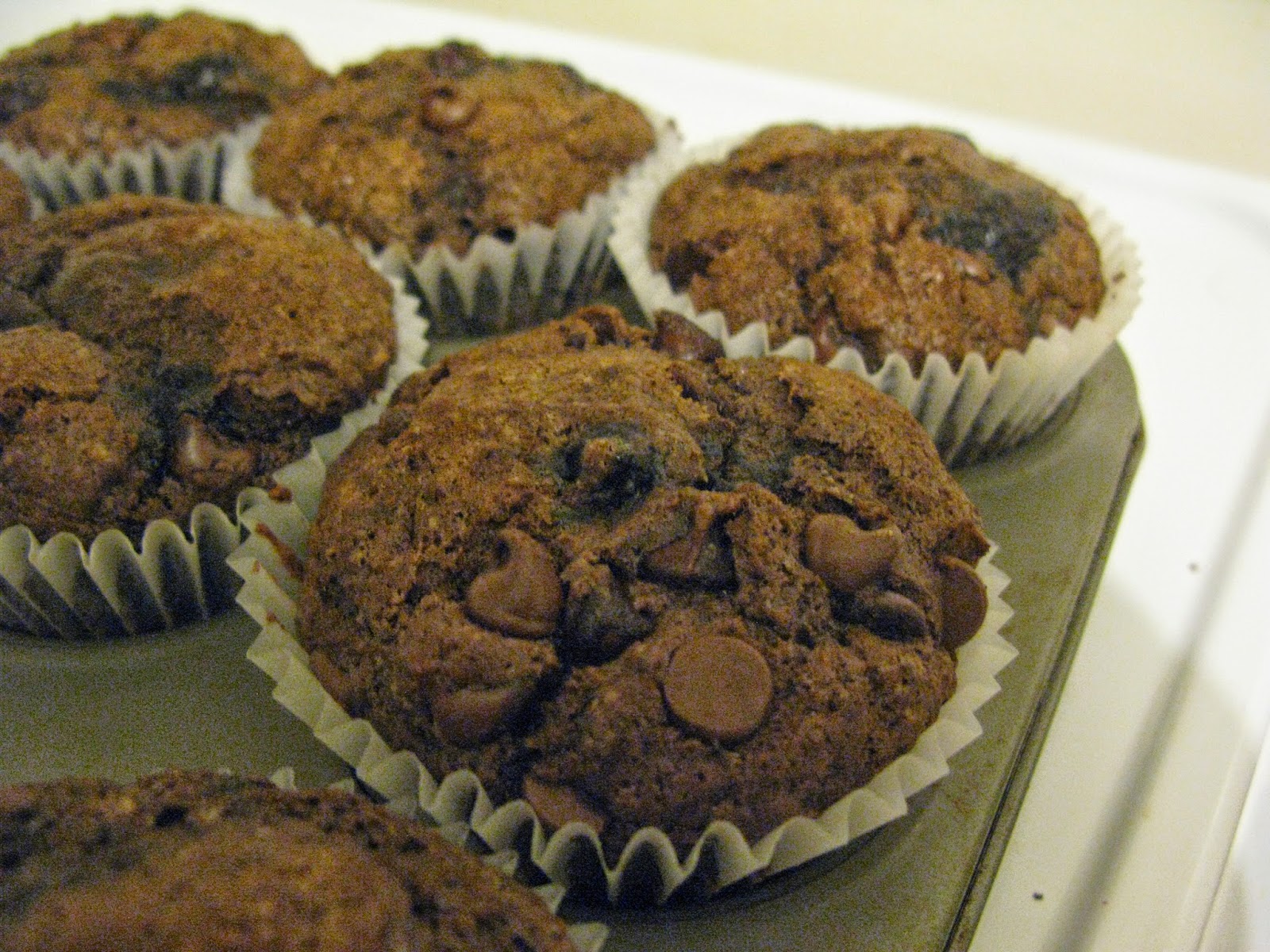 Chocolate and fruit are one of the best food combinations around, so it's not surprising that these muffins are superb.  The chocolate flavor is dark and rich, and the tangy blueberries balance out the sweetness.  Muffins are a great breakfast food because they can be made ahead of time and eaten on the go. 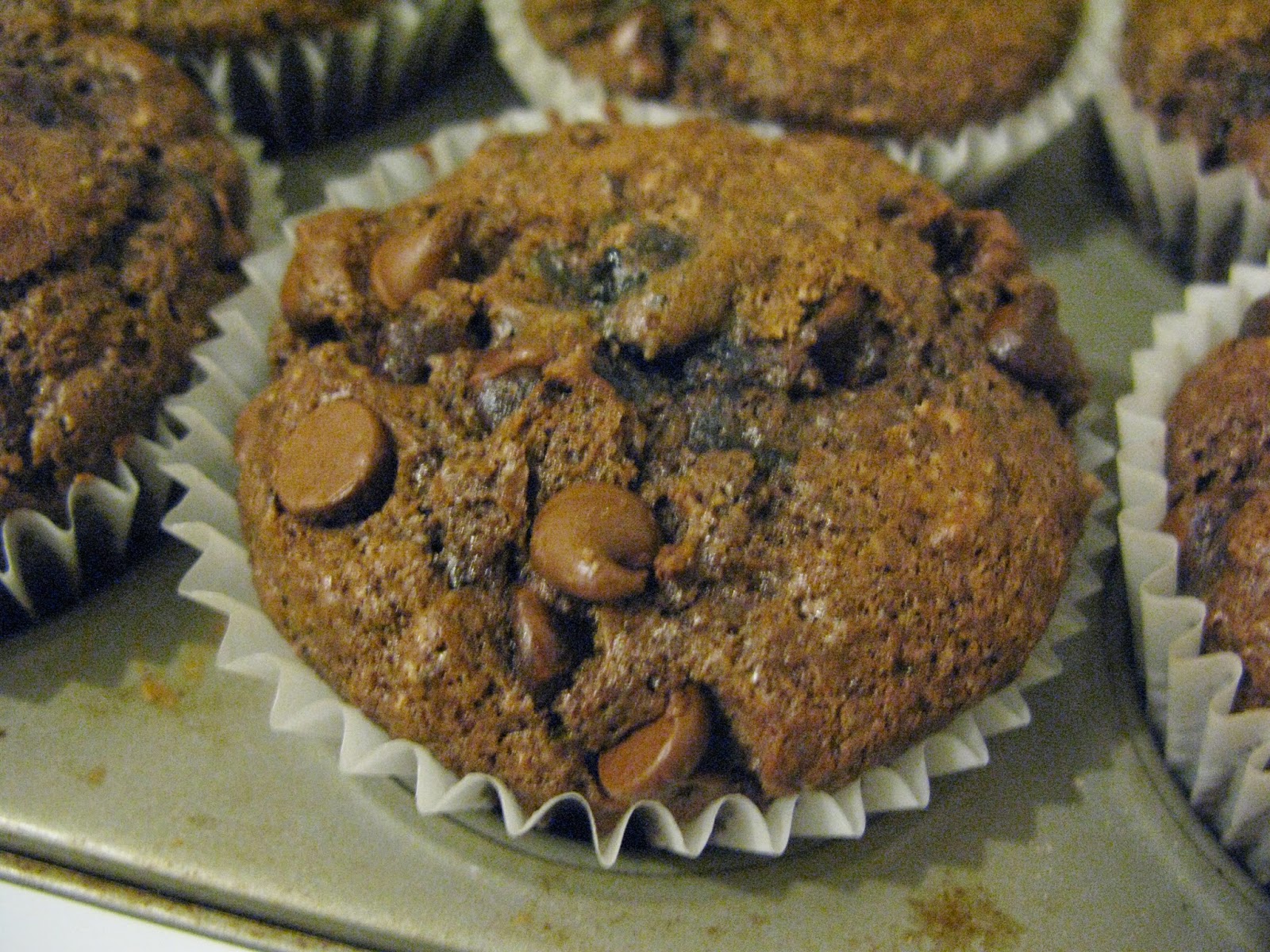 The base recipe came from AllRecipes.  I made it almost exactly as directed, but I just added a cup of frozen blueberries.  Of course, I could have used fresh berries instead of frozen. 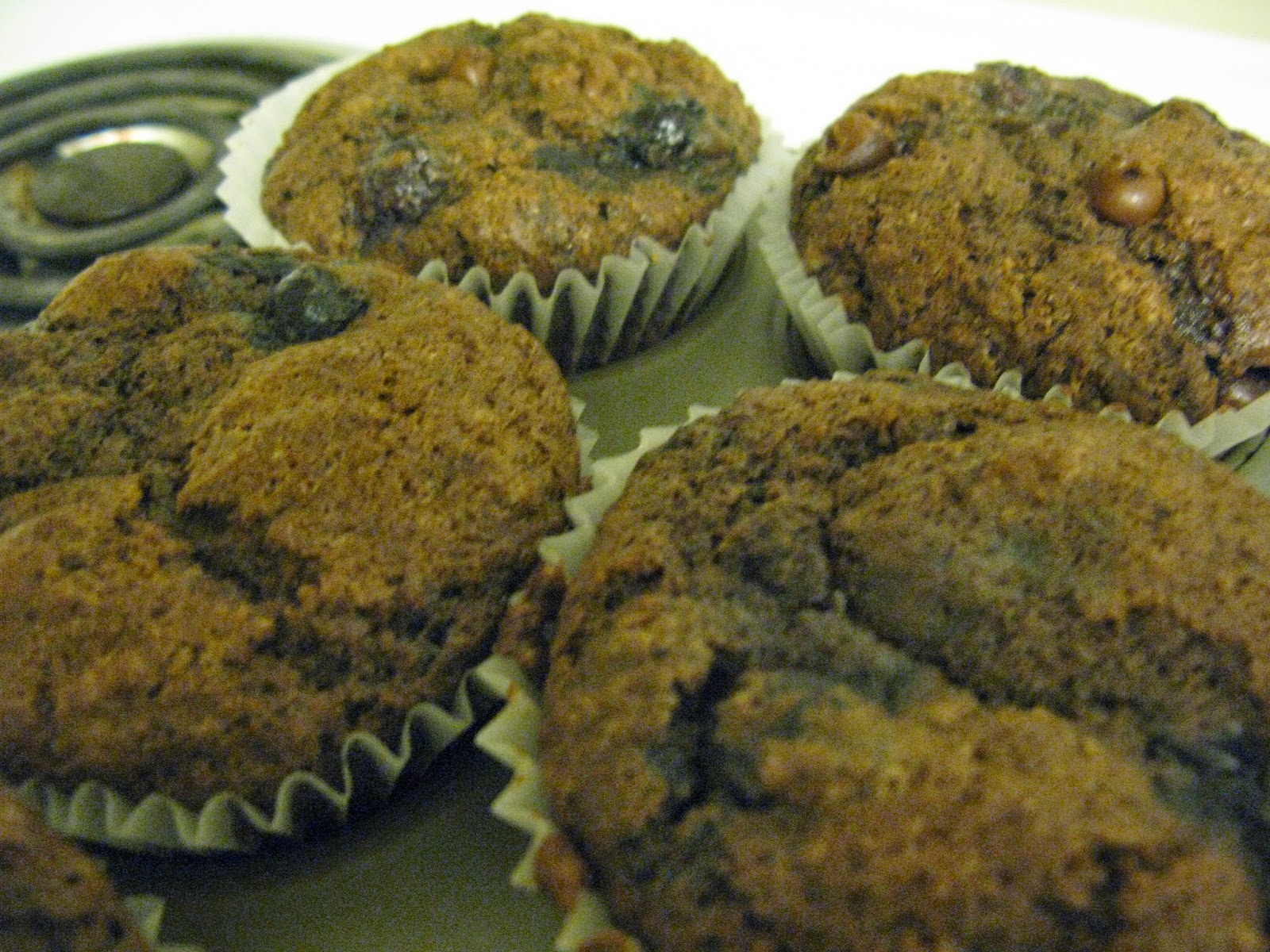 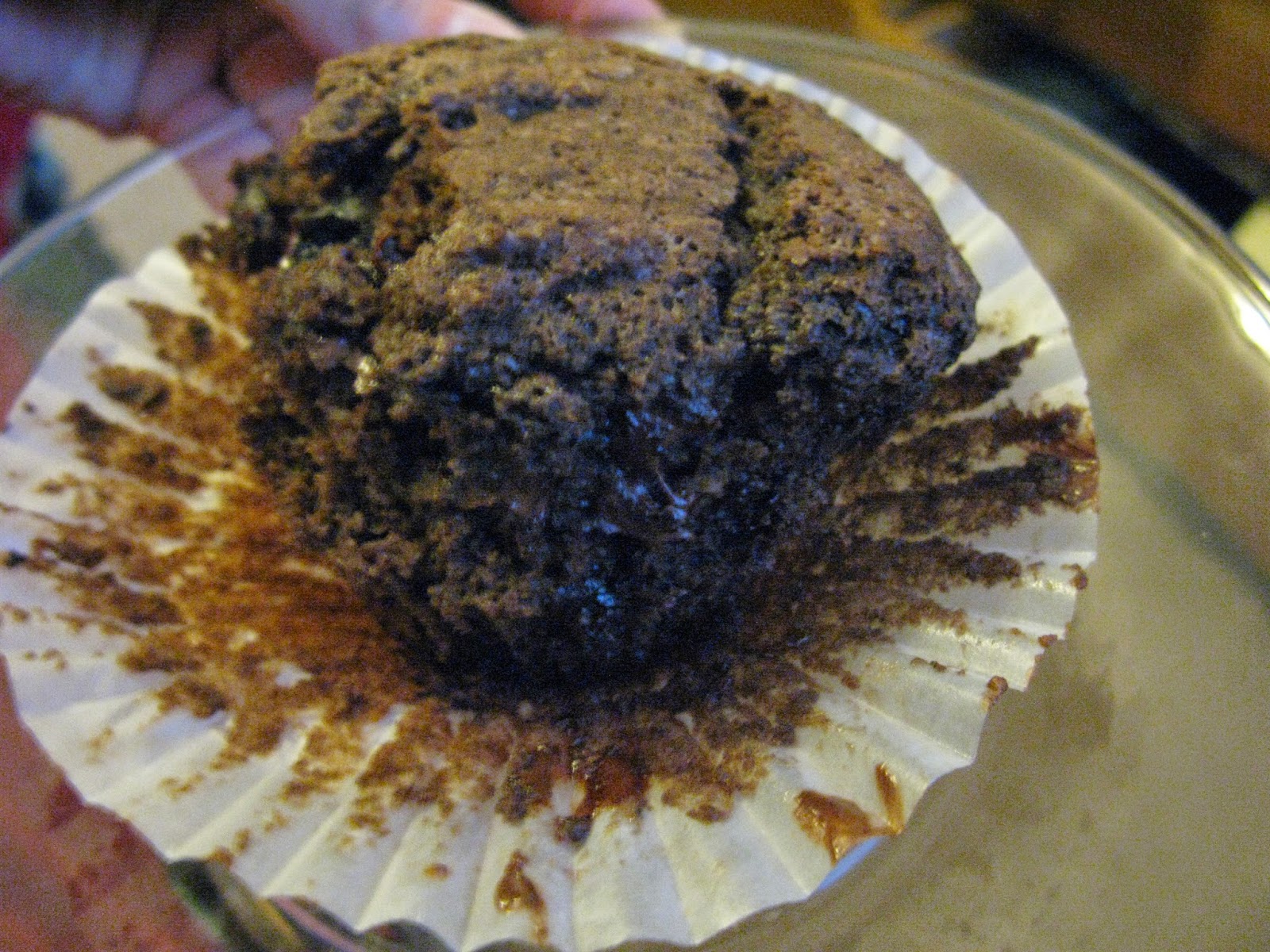 I added the flour, sugar, cocoa powder, baking soda, and chocolate chips into a large bowl. 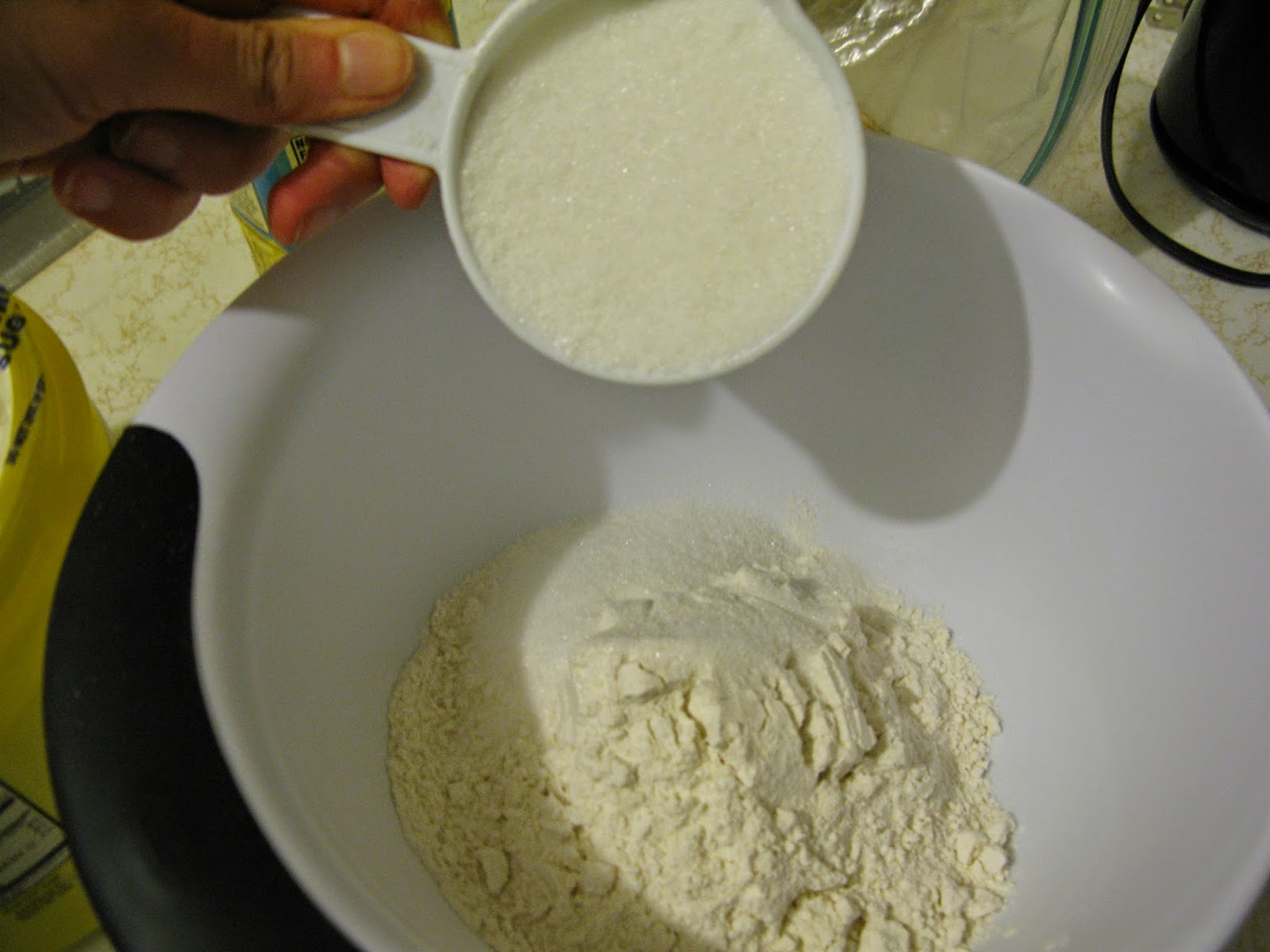 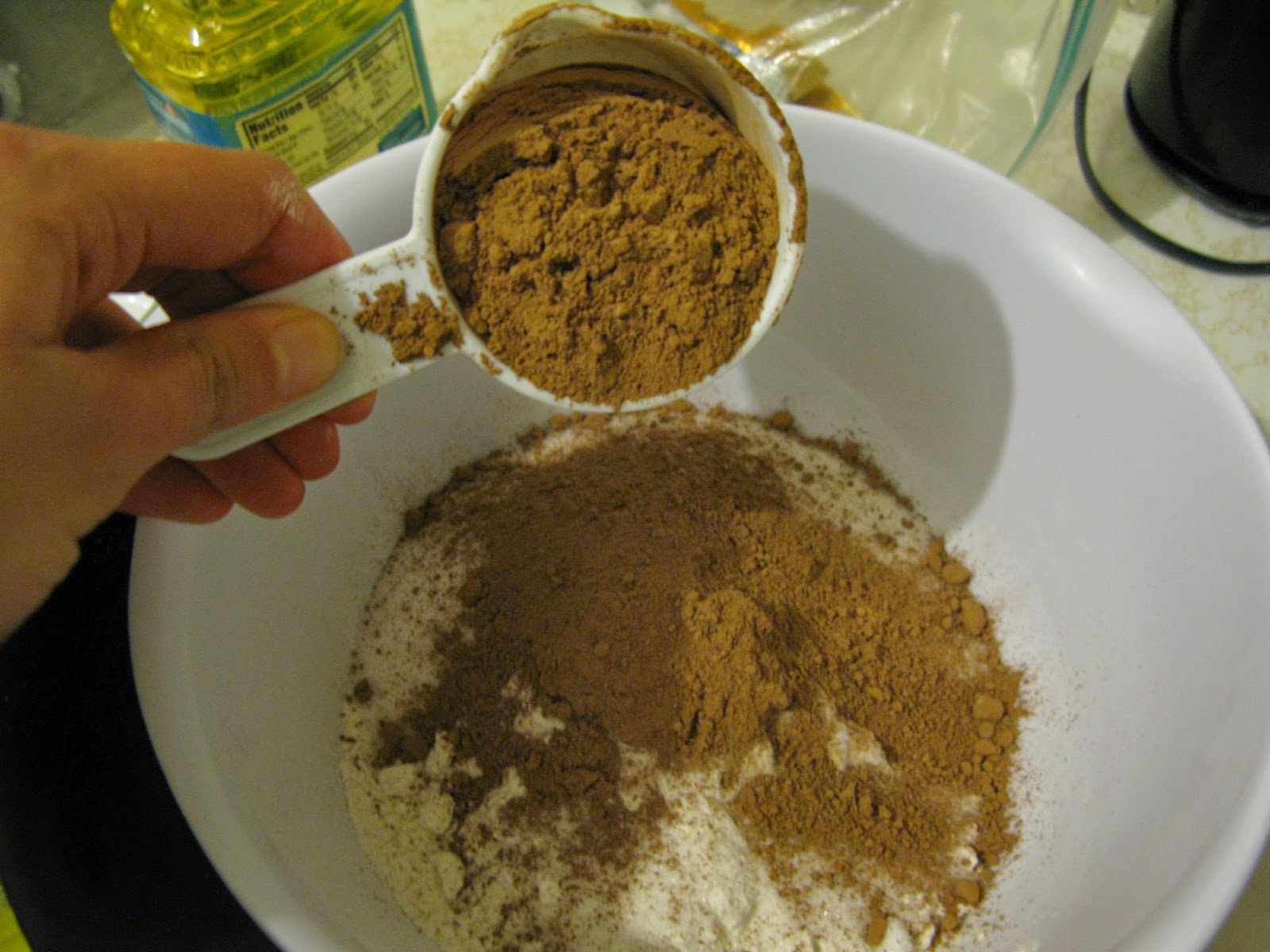 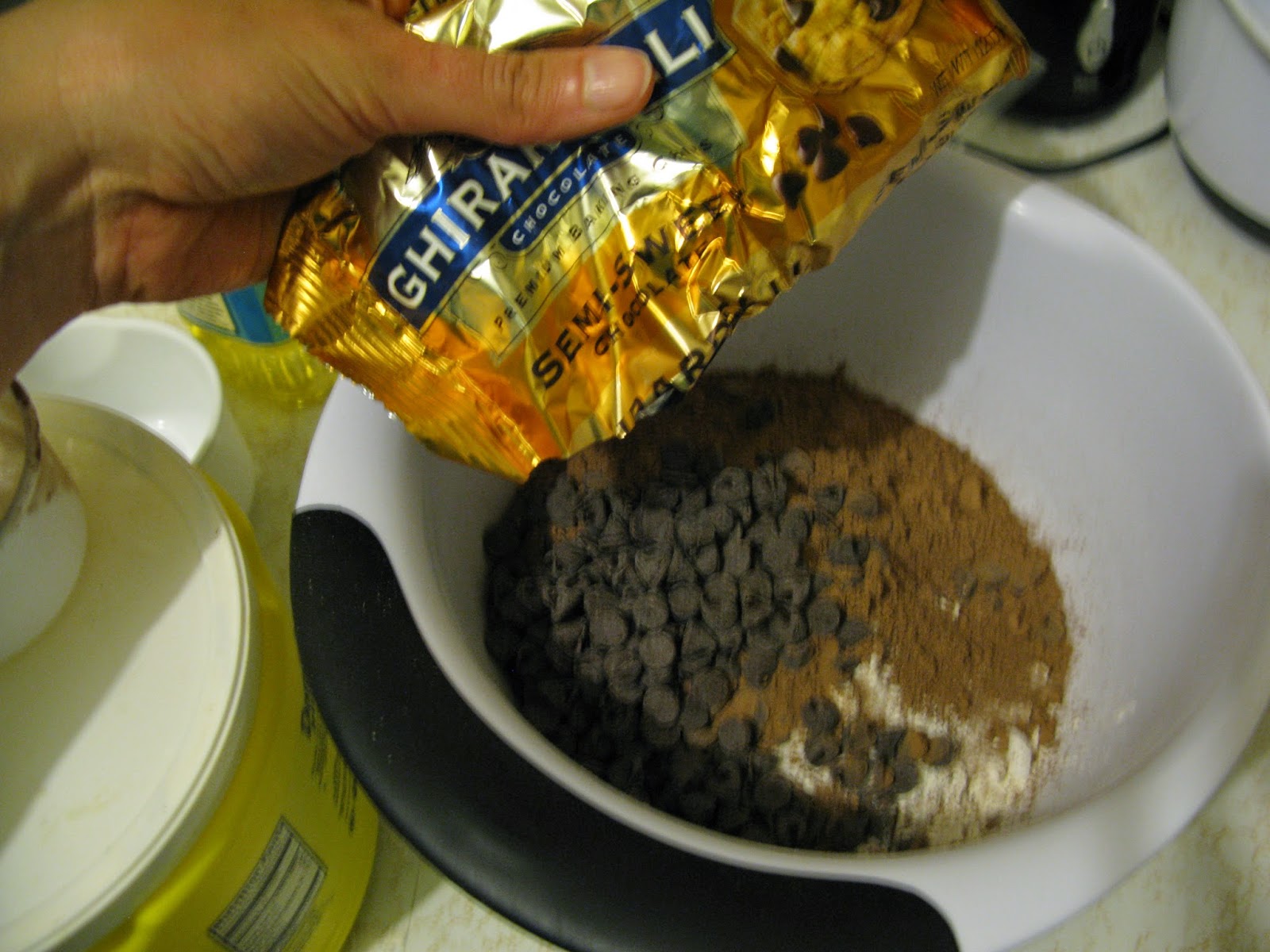 I mixed the dry ingredients up well. 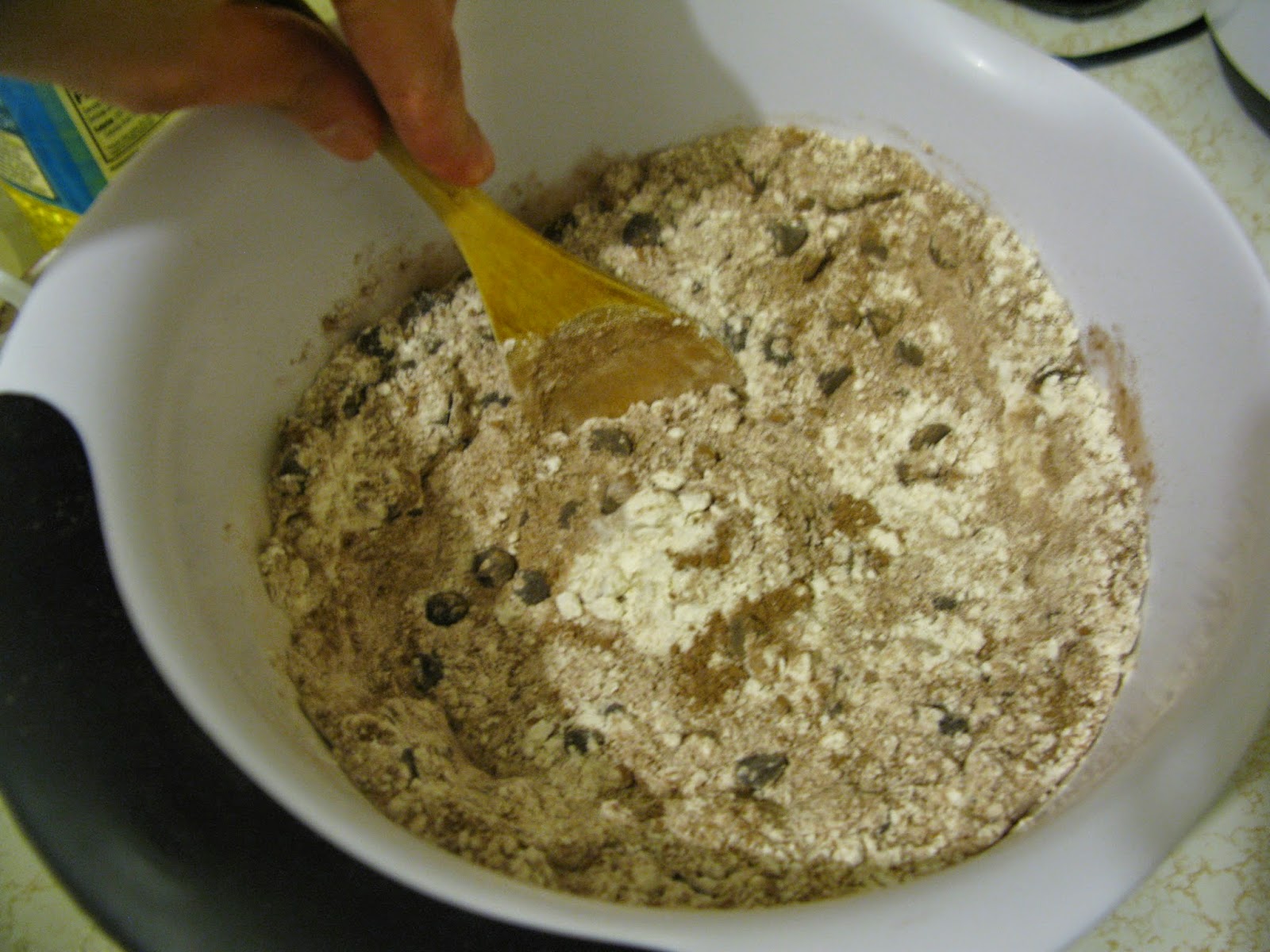 In another bowl, I added the plain yogurt, egg, half and half, and oil. 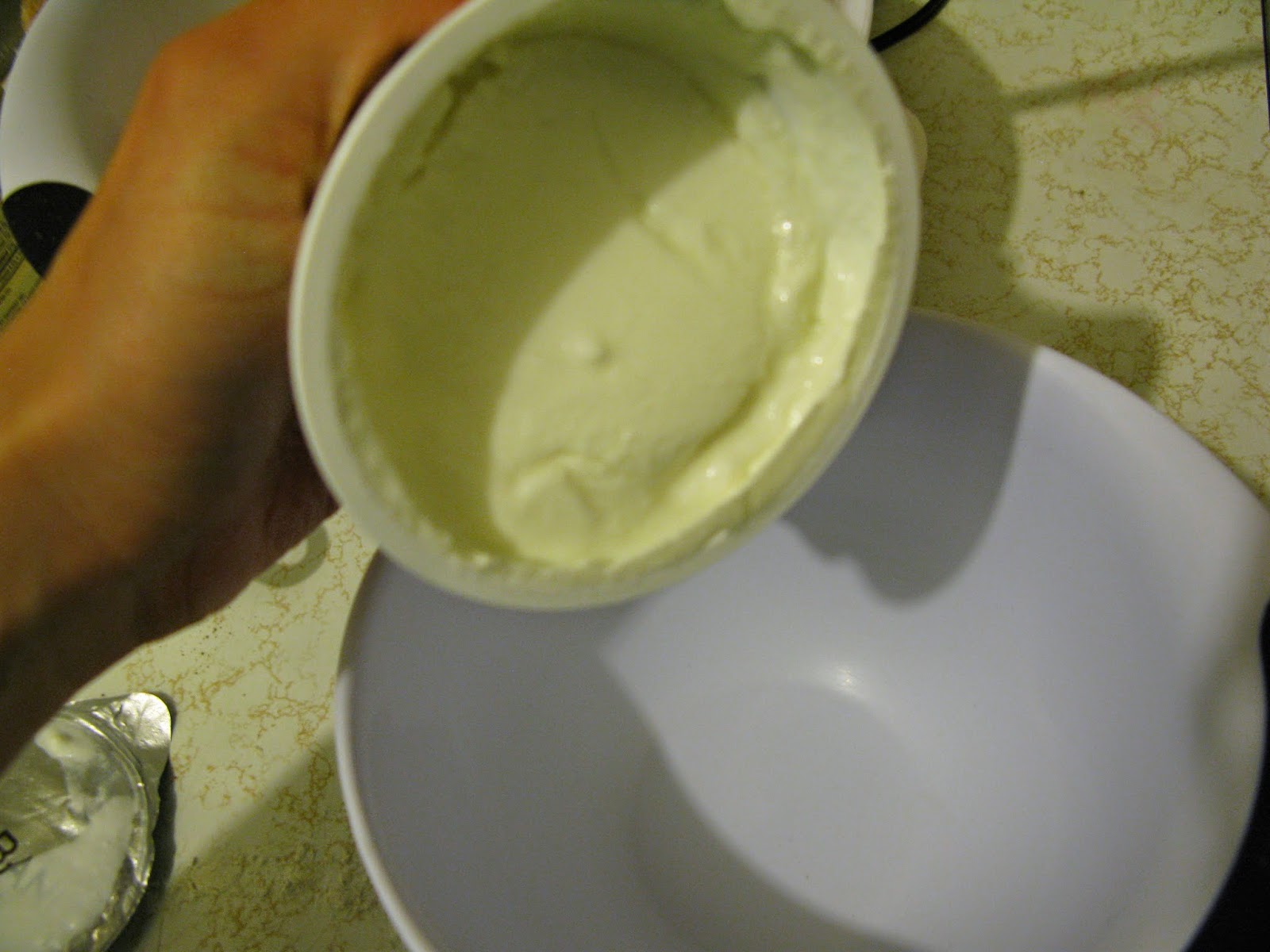 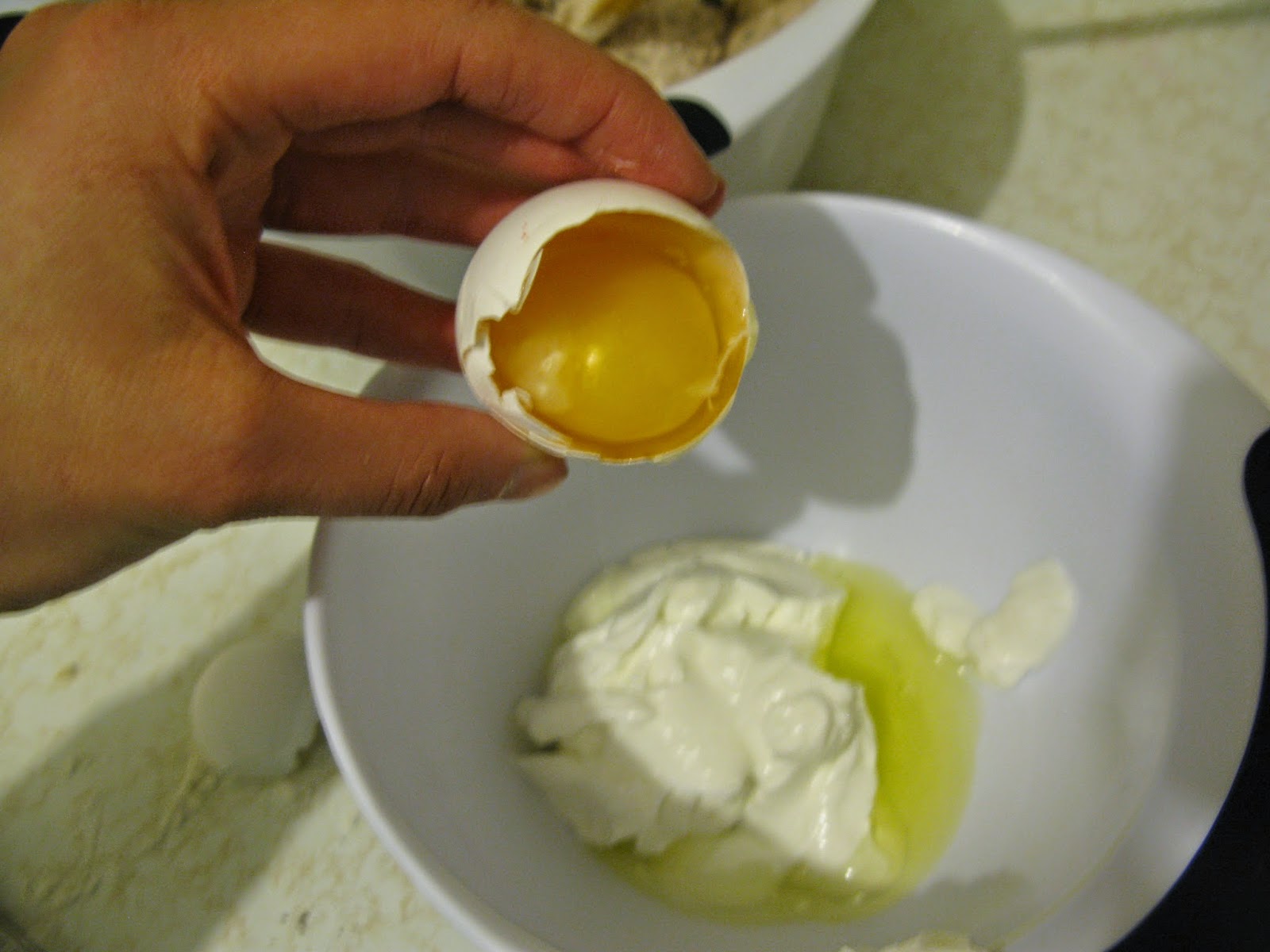 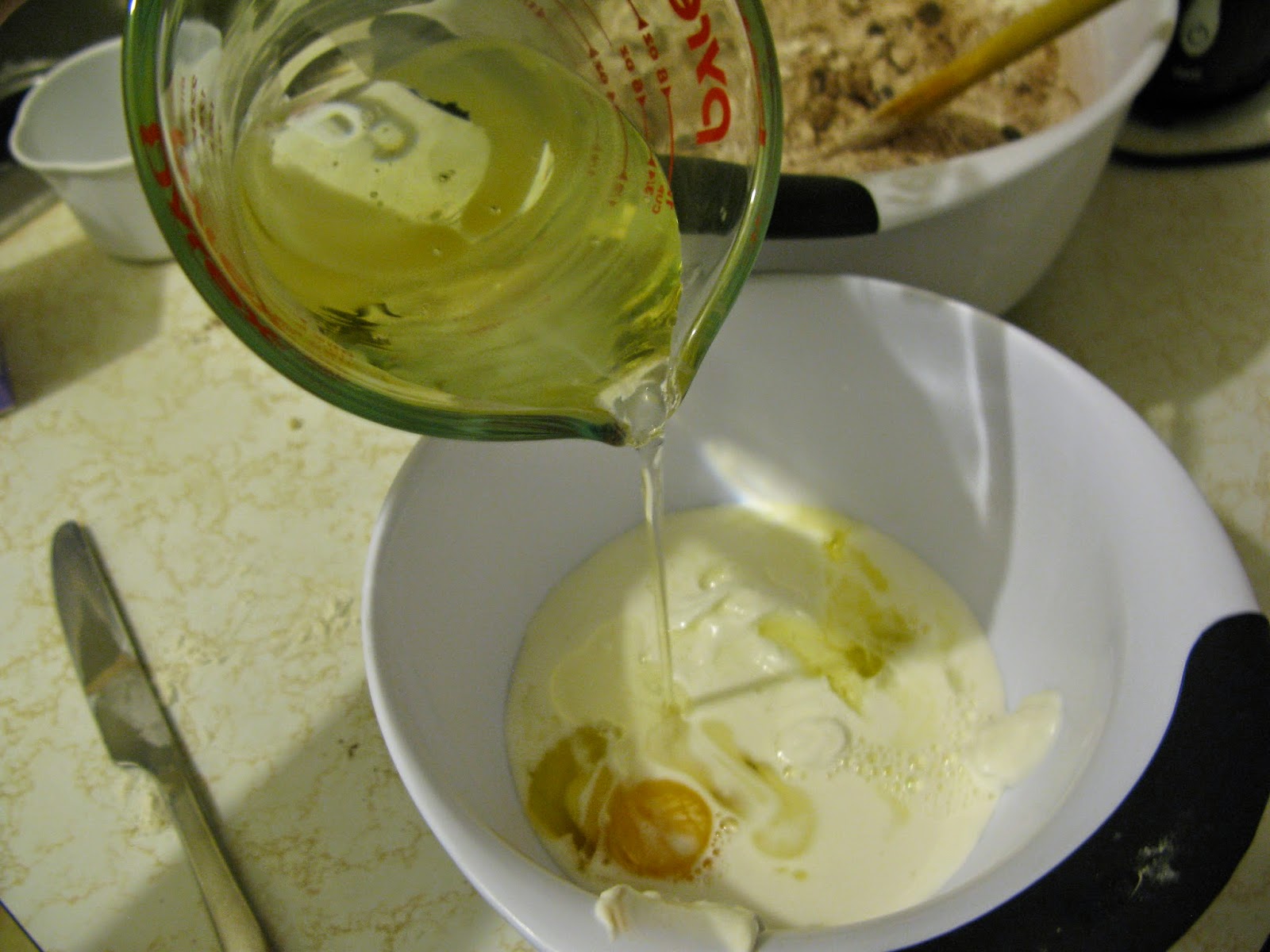 I whisked the liquid ingredients together it was smooth. 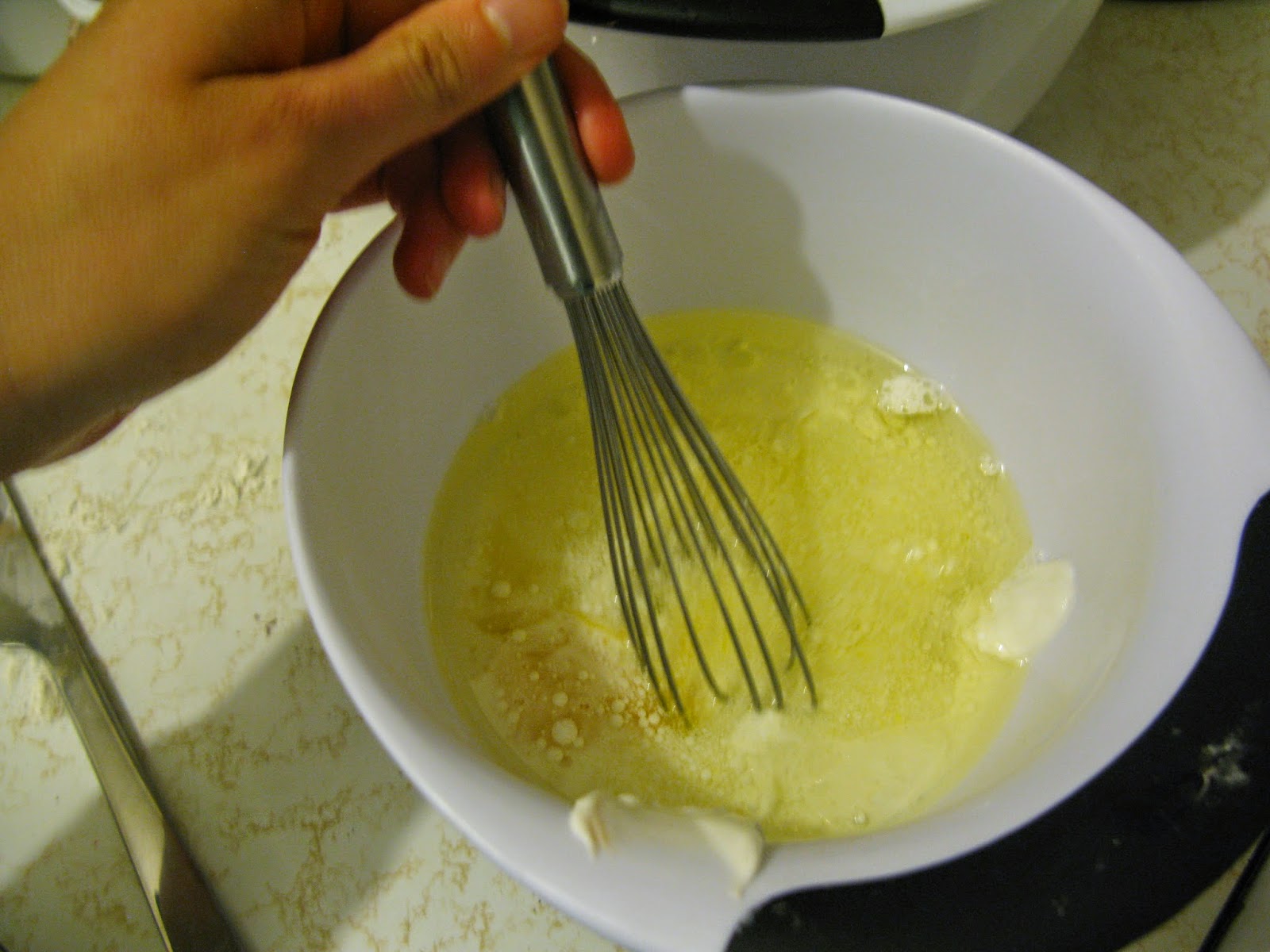 I decided to add the berries to the floury cocoa mix now instead of at the end.  There is so much pressure to stir the liquid and dry ingredients together as little as possible, so adding the berries at this point seemed the less stressful choice.  It's sad that mixing muffin batter causes me stress. 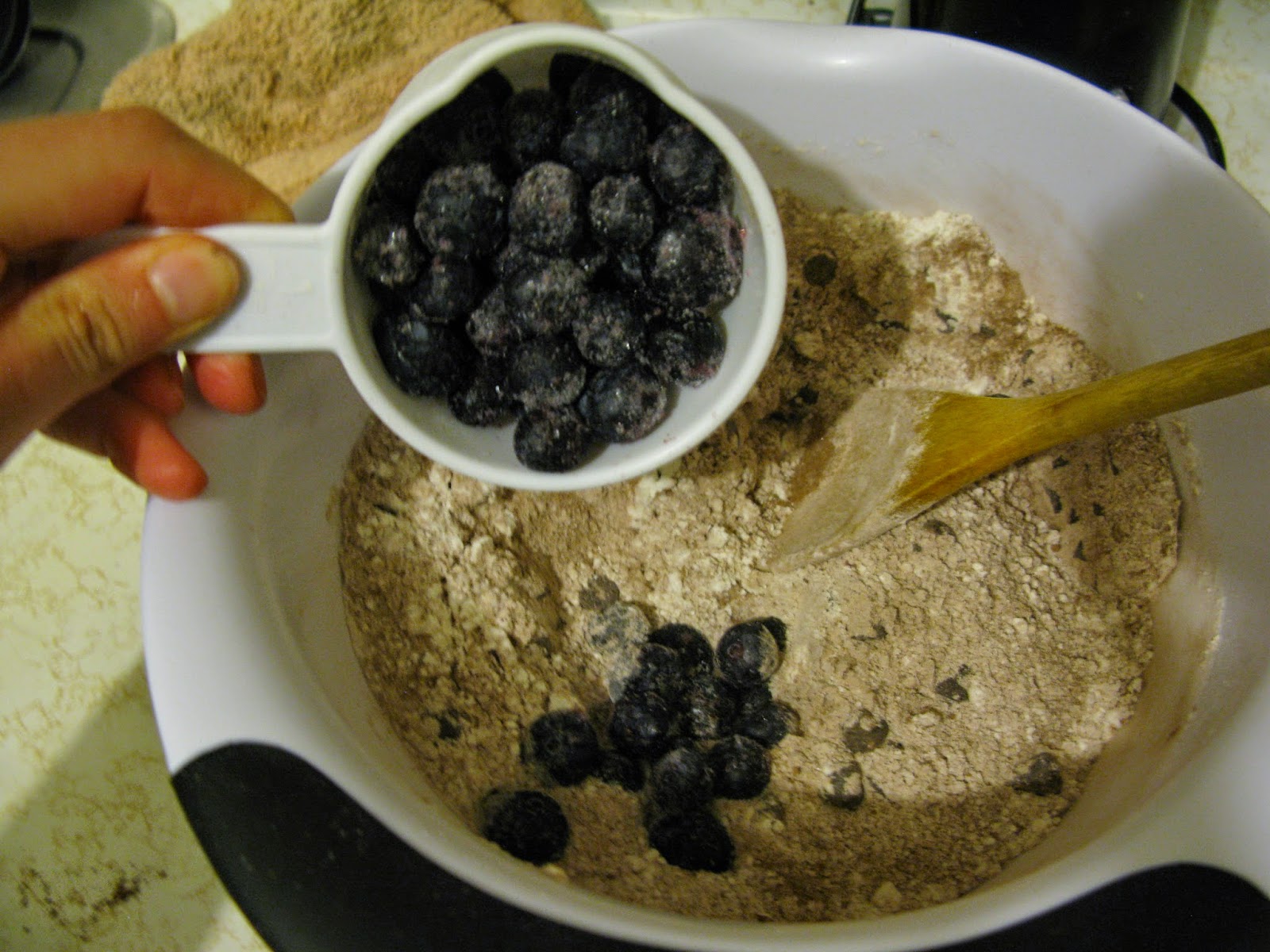 I poured the milky mixture into the chocolate flour. 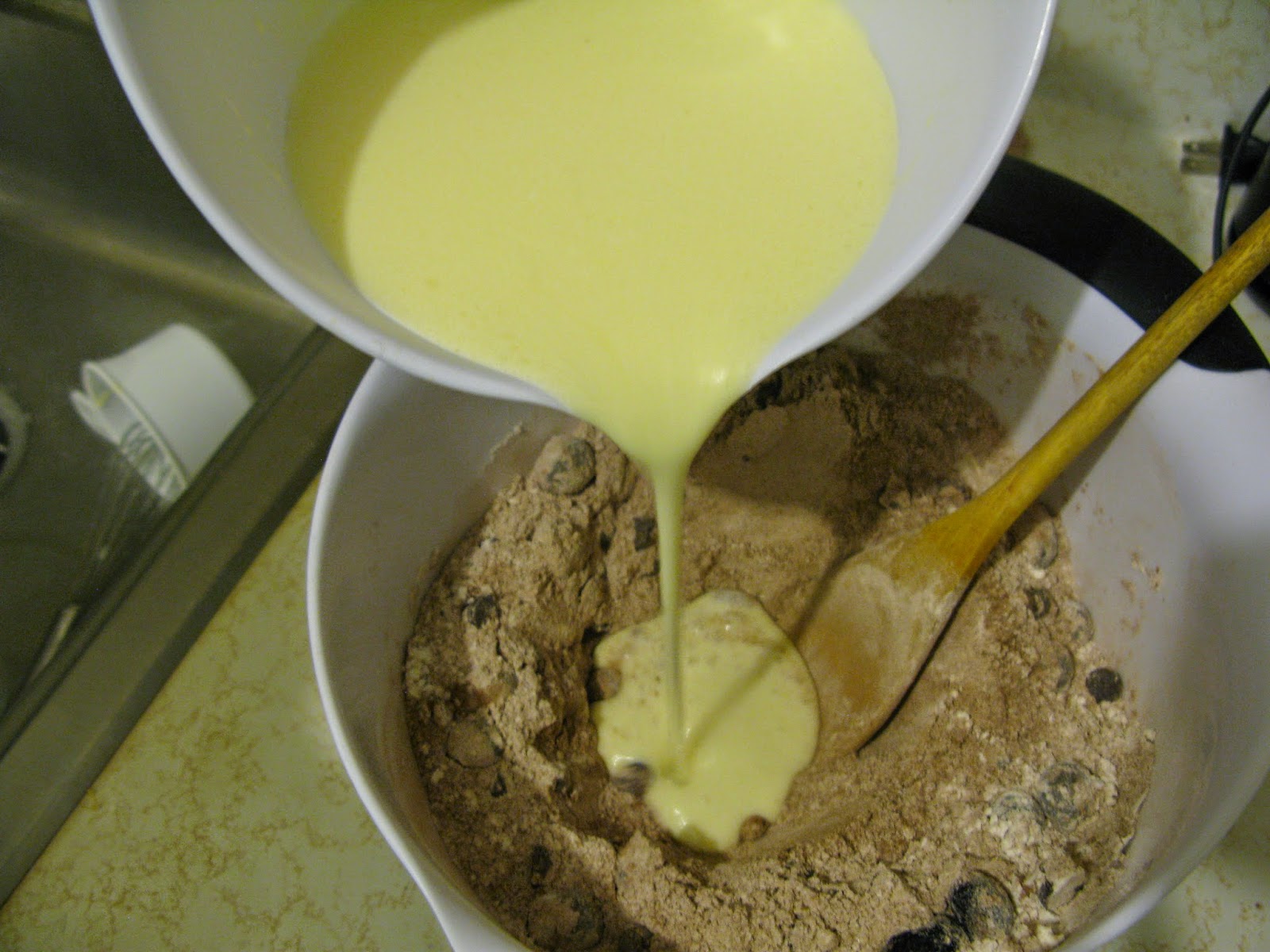 I stirred as little as possible until there were no large streams of flour.  It was a pretty thick batter. I divvied up the batter into cupcake liners.  The recipe is supposed to make 12 muffins, but I made 9 large muffins. 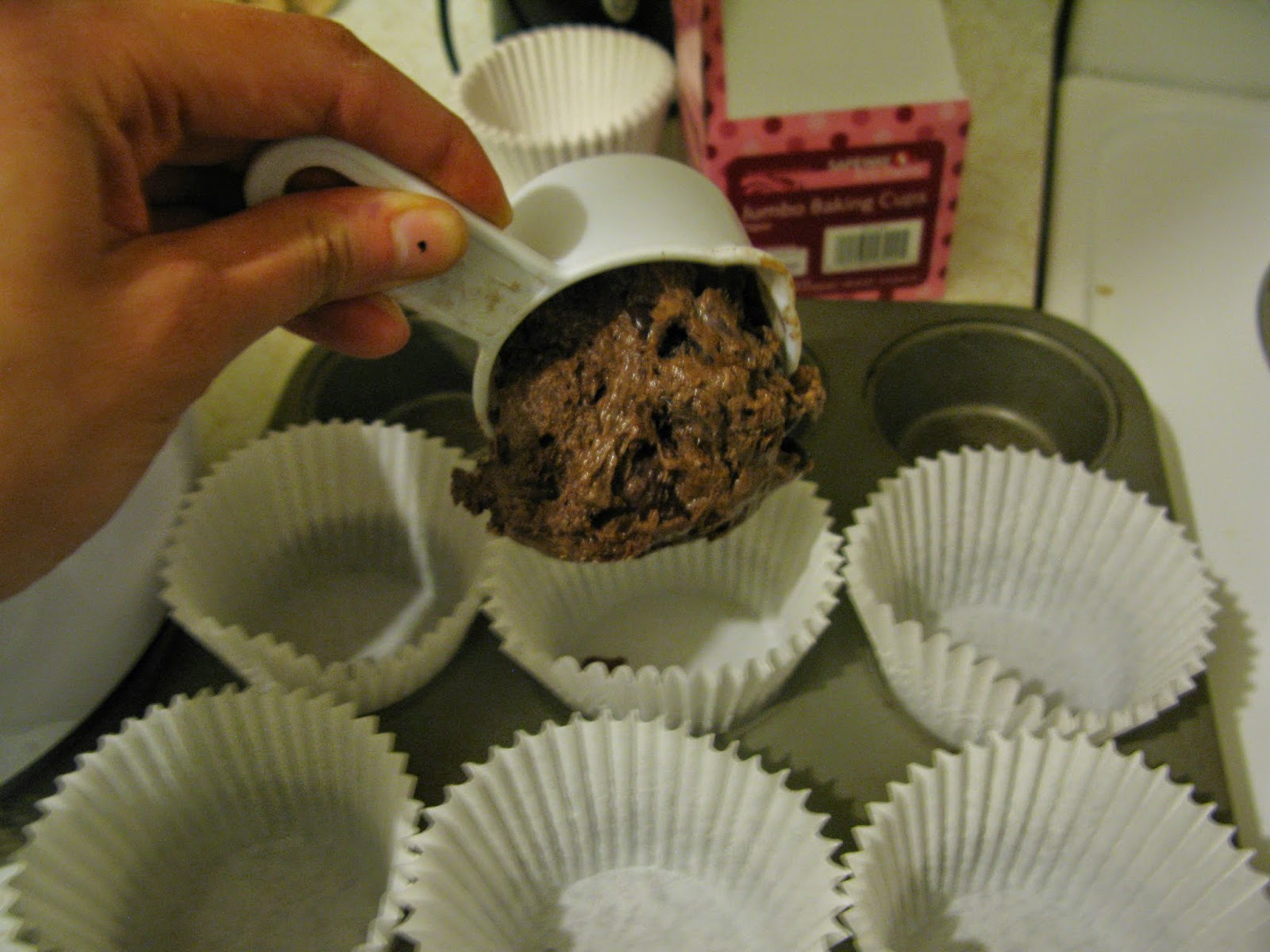 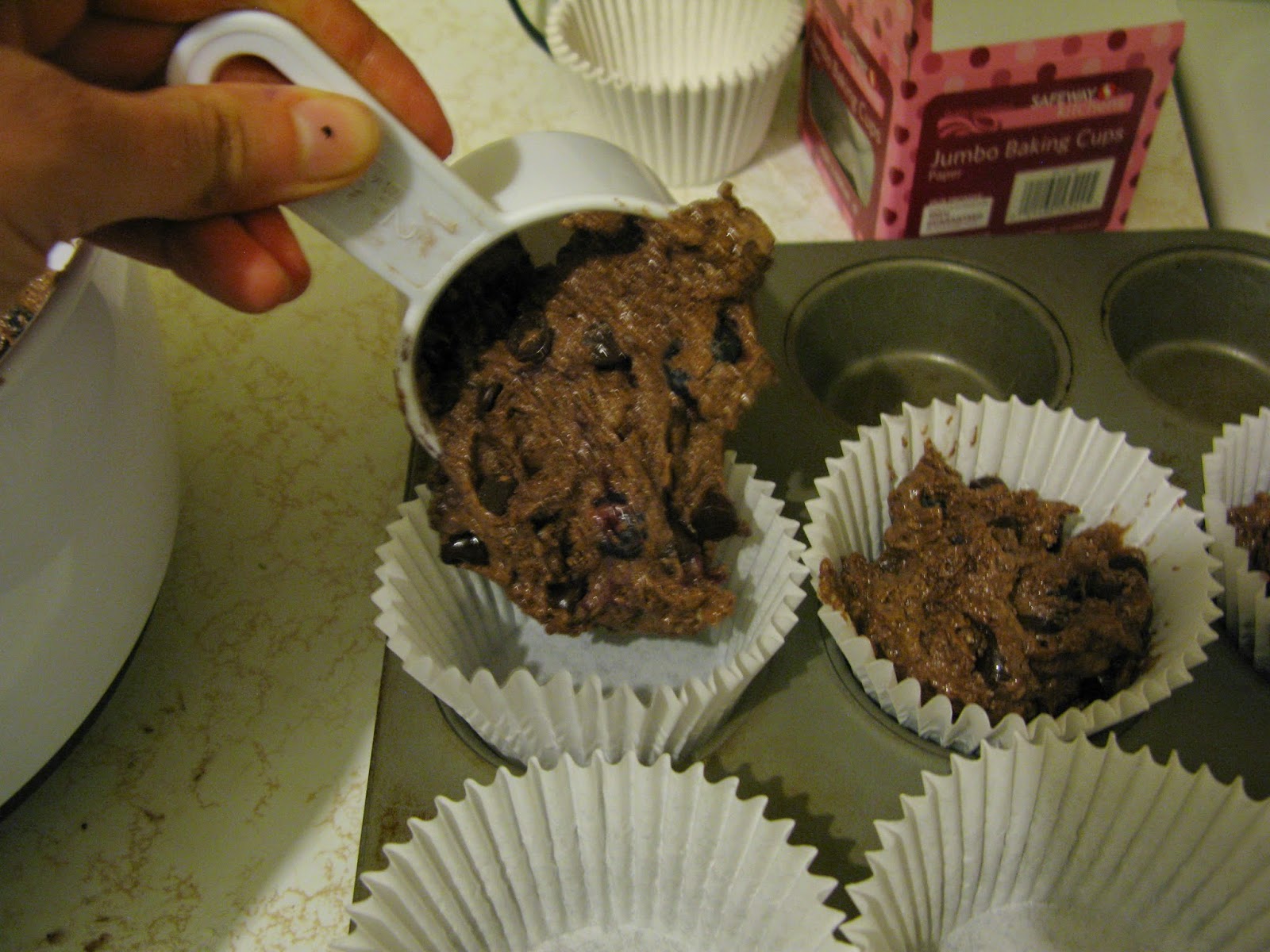 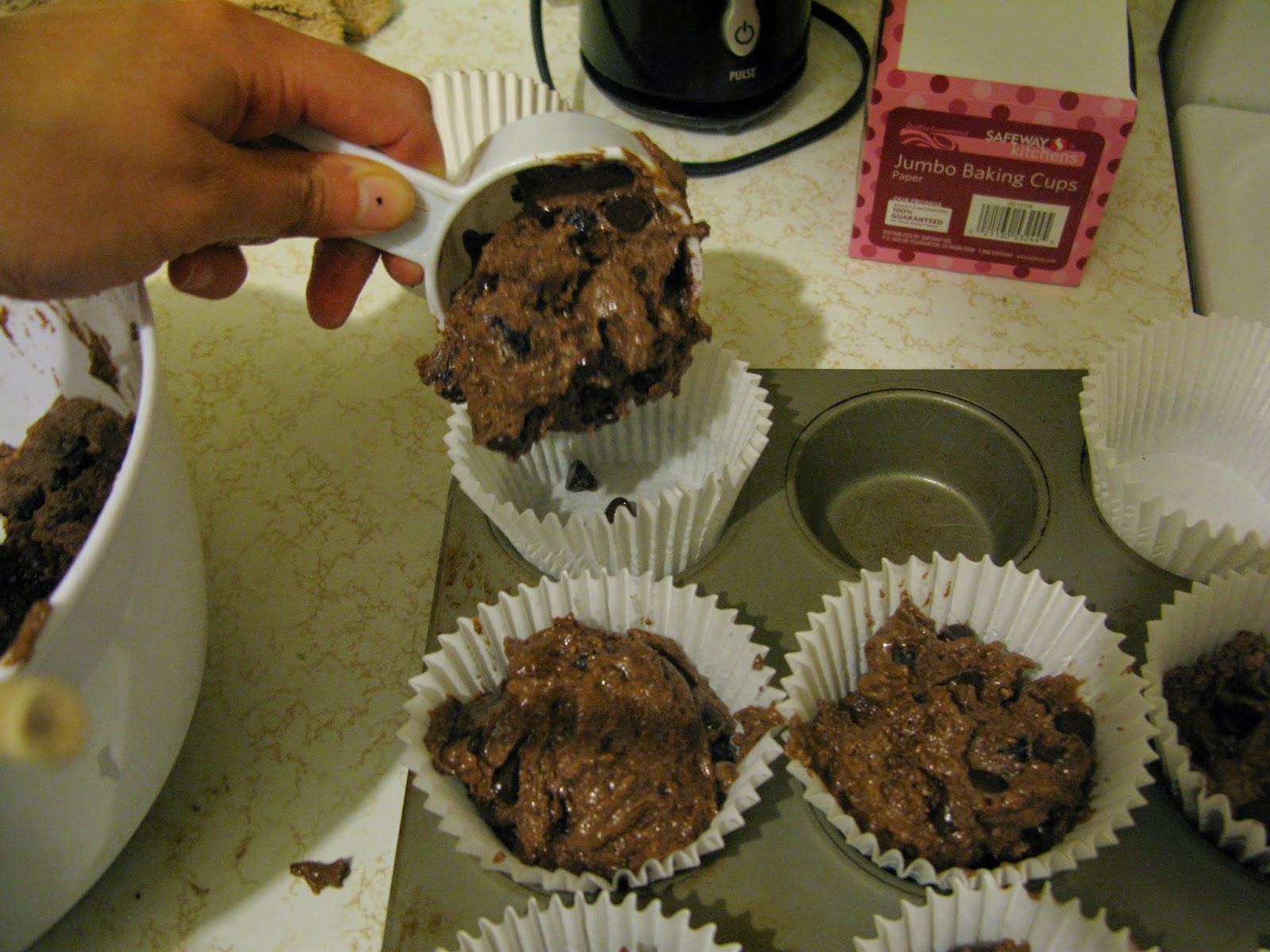 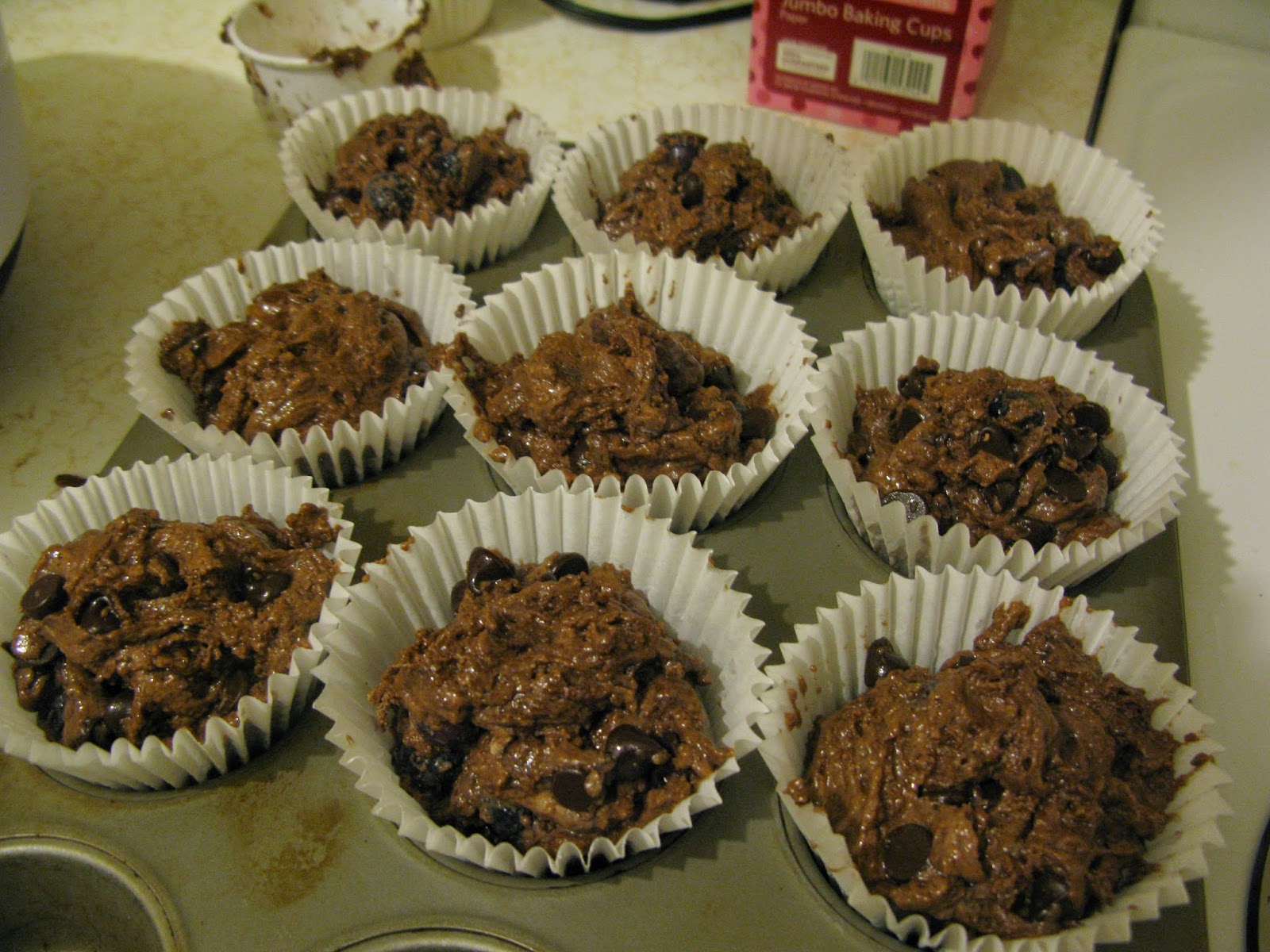 I cooked the muffin longer and at a lower heat than suggested. I baked the muffins for about 28 minutes at 375 degrees.  I was directed to bake them for 20 minutes at 400 degrees.  I knew my muffins would take longer to bake because they were large. 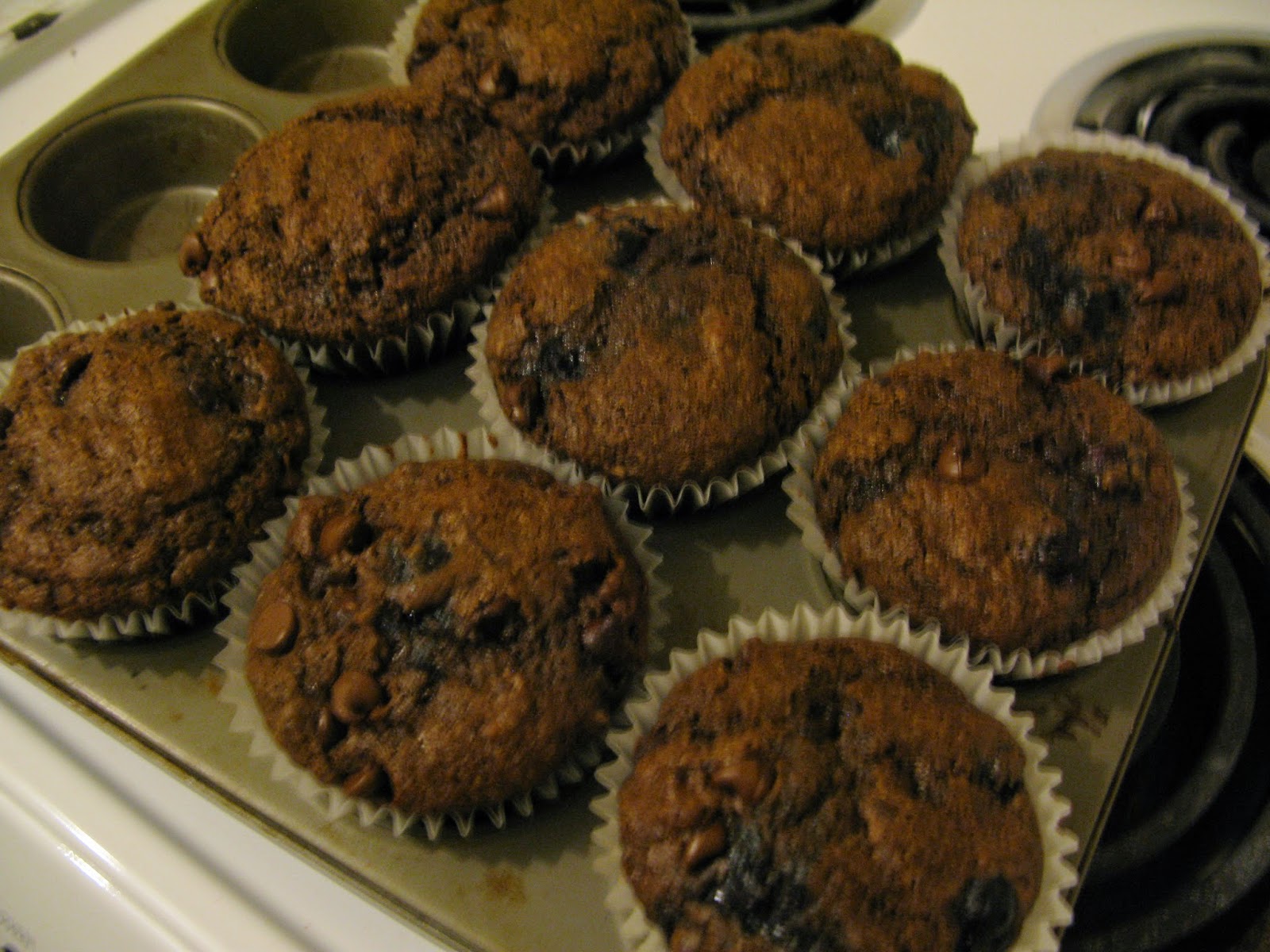 I let the muffin cool a little in the pan before handling them.  Hot baked goods are a little tender.  With a little pressure they can get mushed and deformed, and no one likes a deformed muffin. 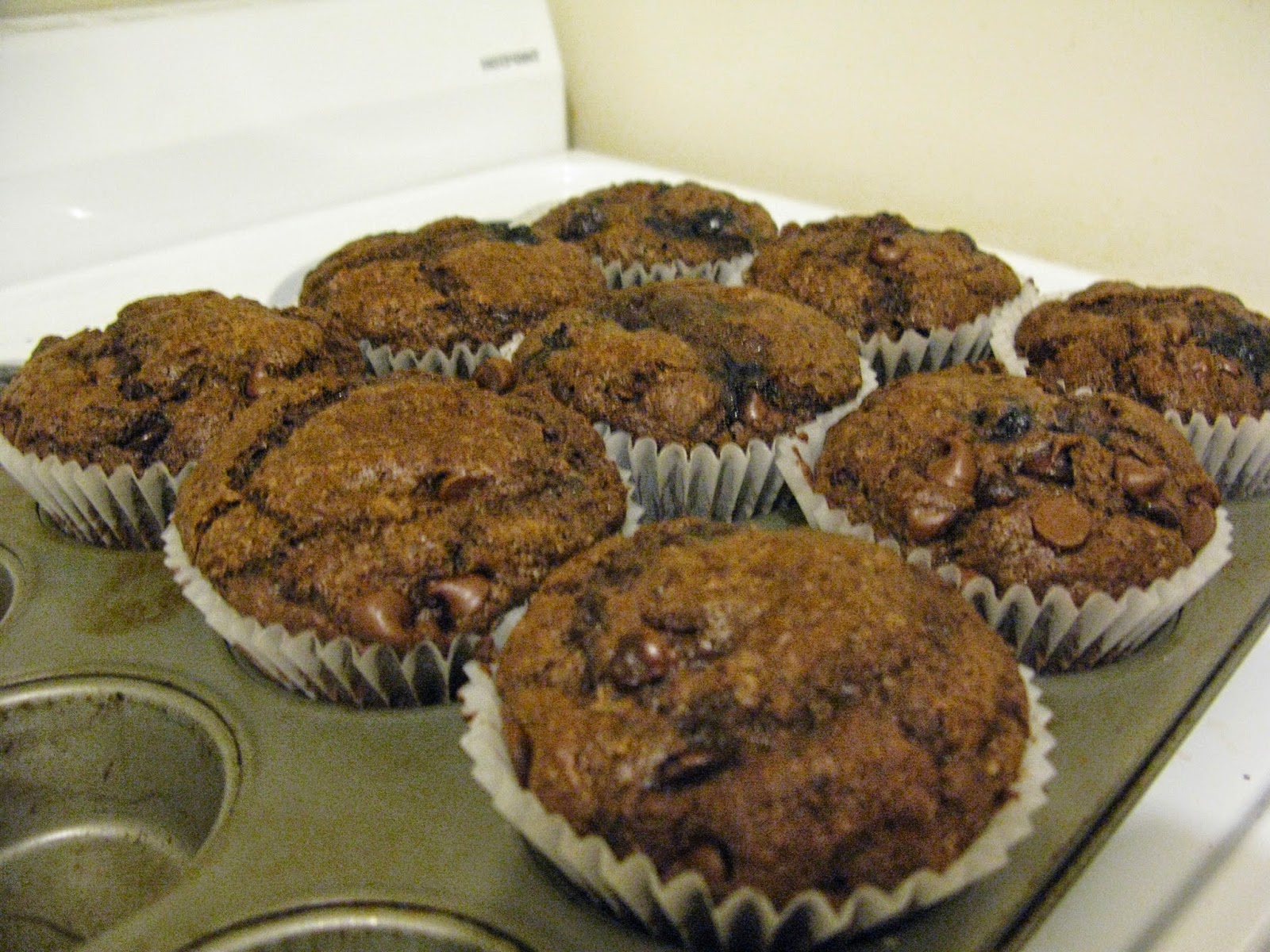 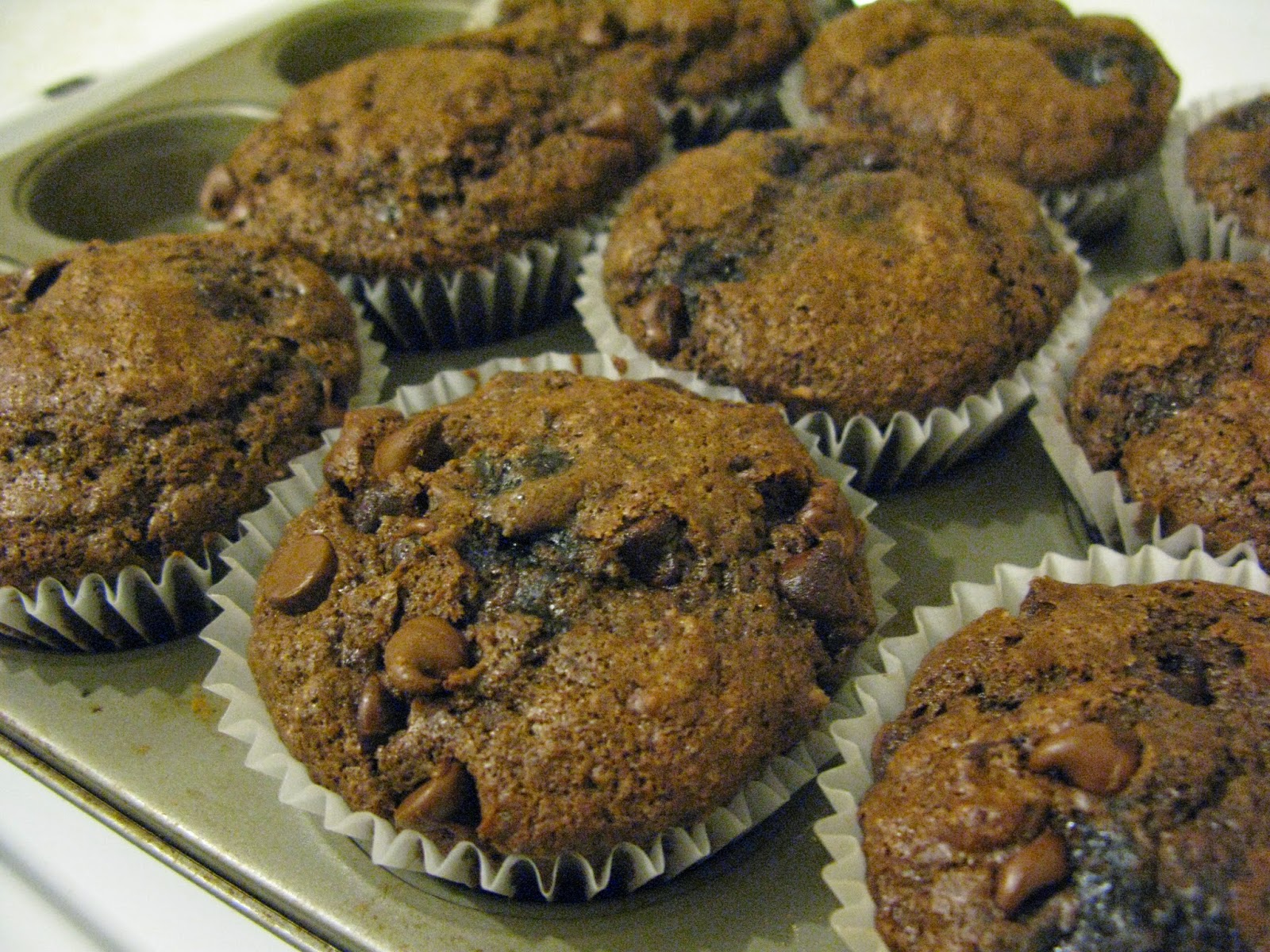 These muffins make a very moist muffin.  Even though the batter was thick, the muffins weren't dense. The muffins had a rich and sumptuous chocolate flavor, but the blueberries weren't overshadowed because they have such a strong tart flavor. 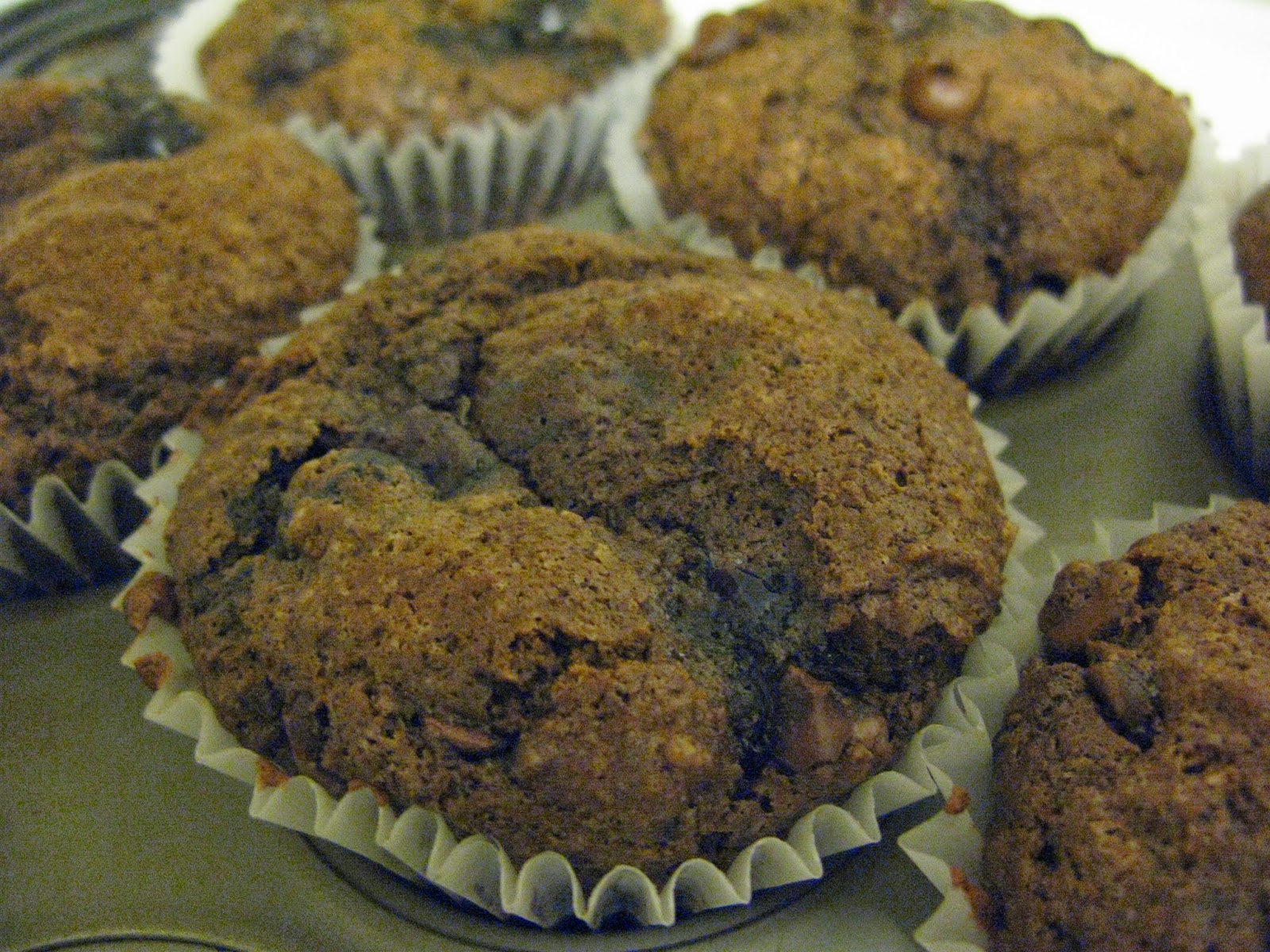 These muffins are so decadent, it's like eating cake for breakfast.  Fresh raspberries or dried cranberries would always be great in these chocolate muffins.  You could also add lemon or orange zest. 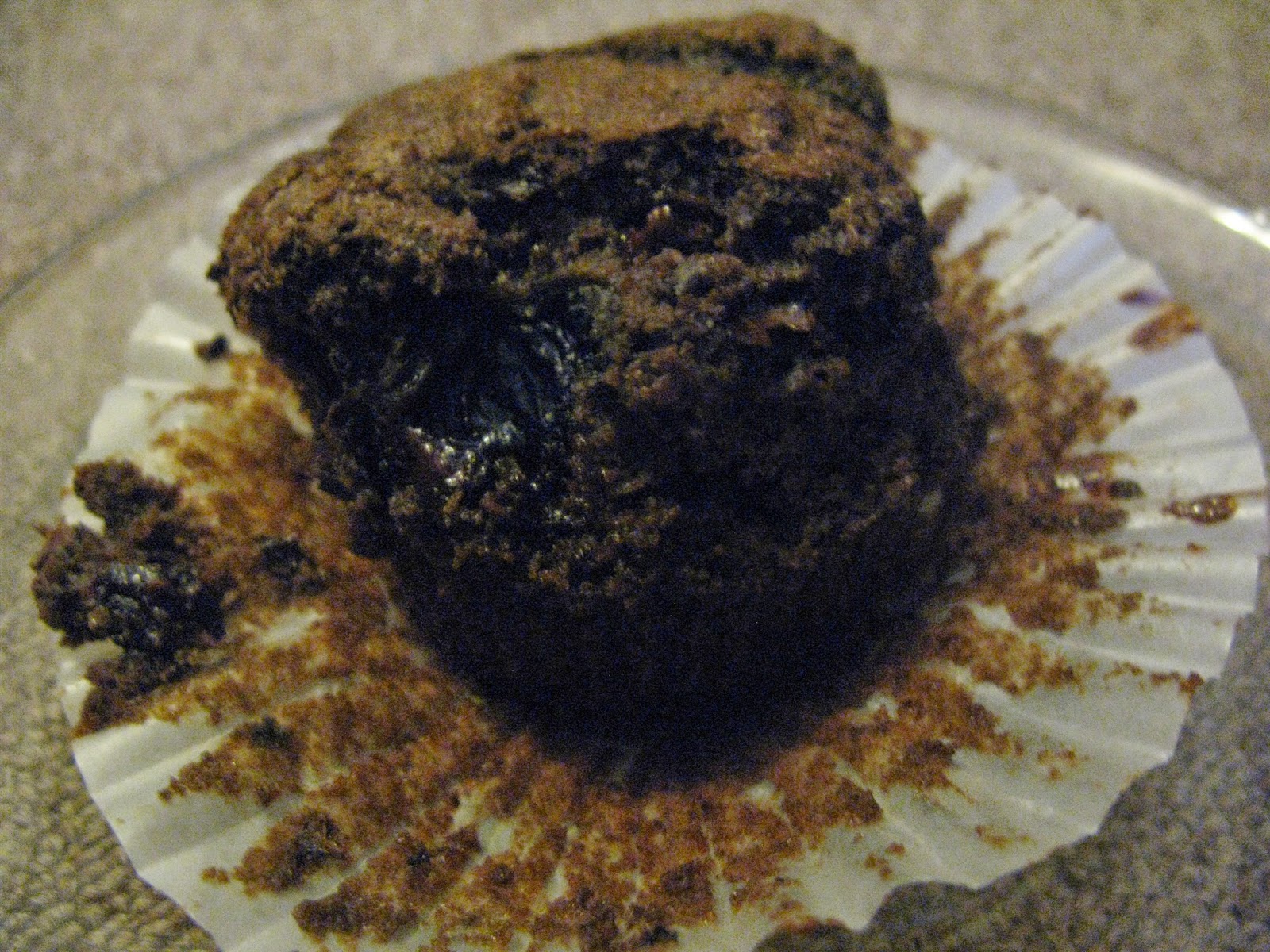 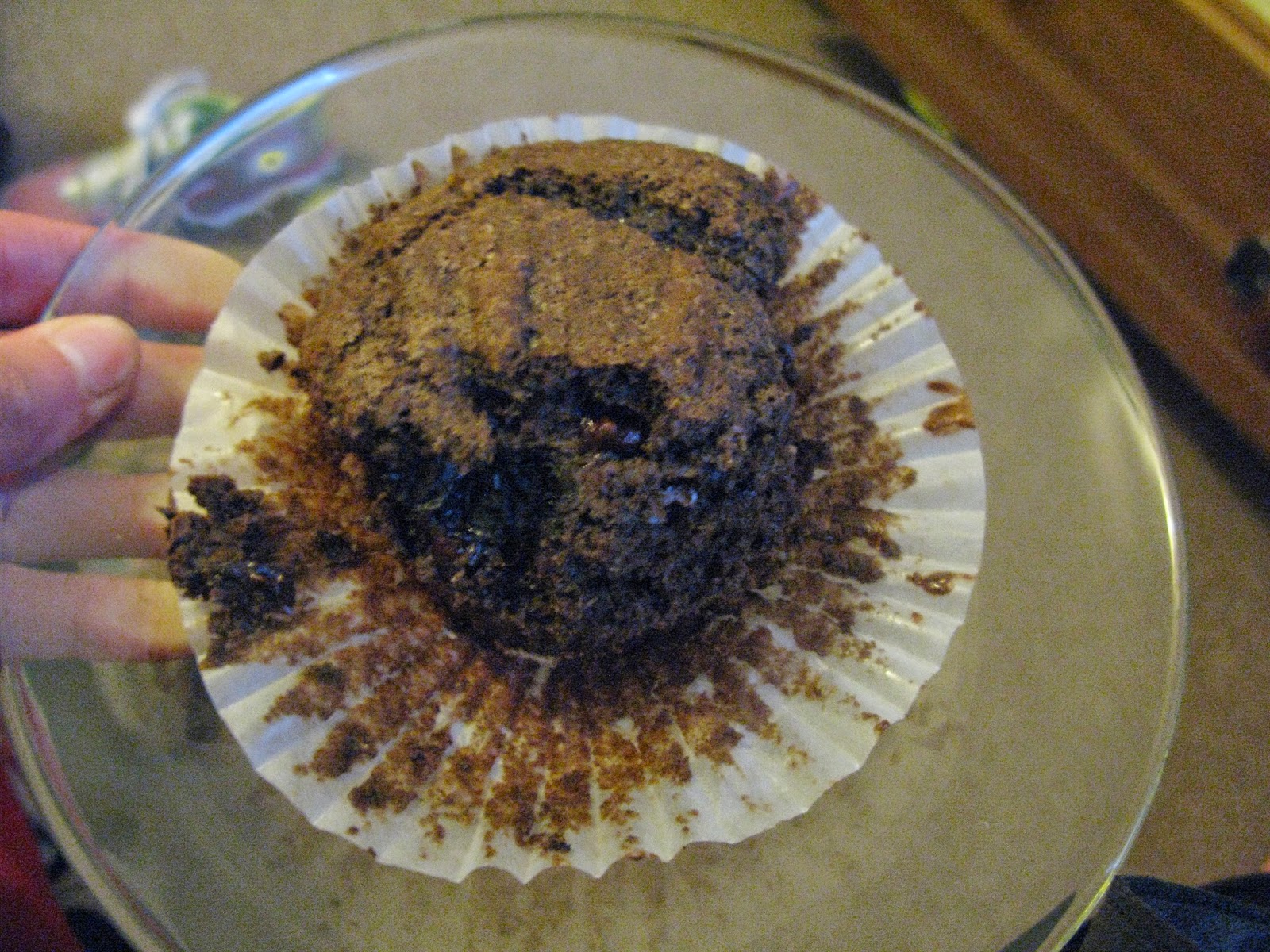