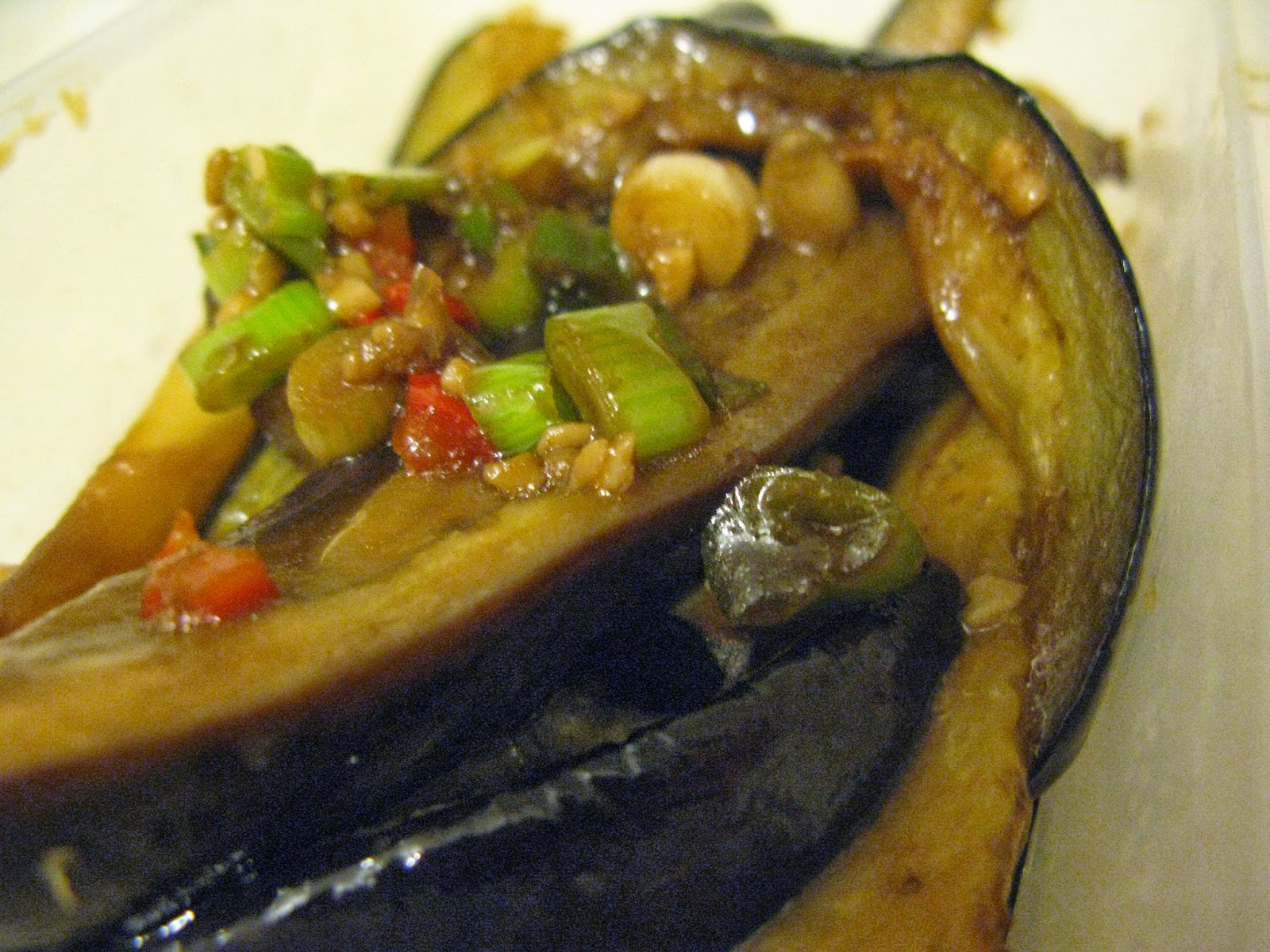 This is the second recipe that I have made from the blog Steamy Kitchen.  She has lots of unique, asian inspired recipes that are pretty foolproof. 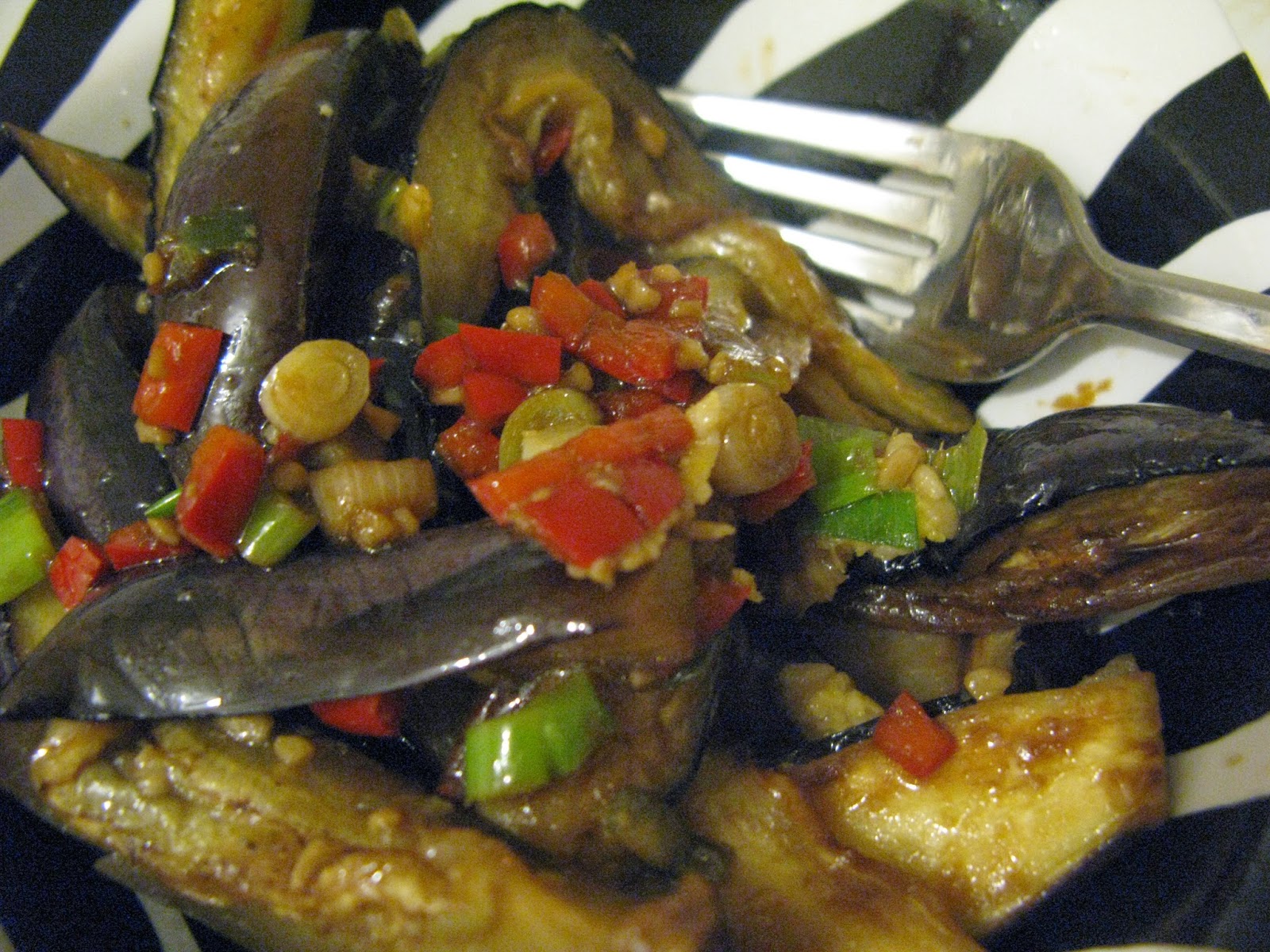 I would have made the recipe as she directed, but when I went to Whole Foods, the mecca of hard to find ingredients, I couldn’t find black vinegar. I substituted in rice vinegar because a google search showed black vinegar is also made from rice. 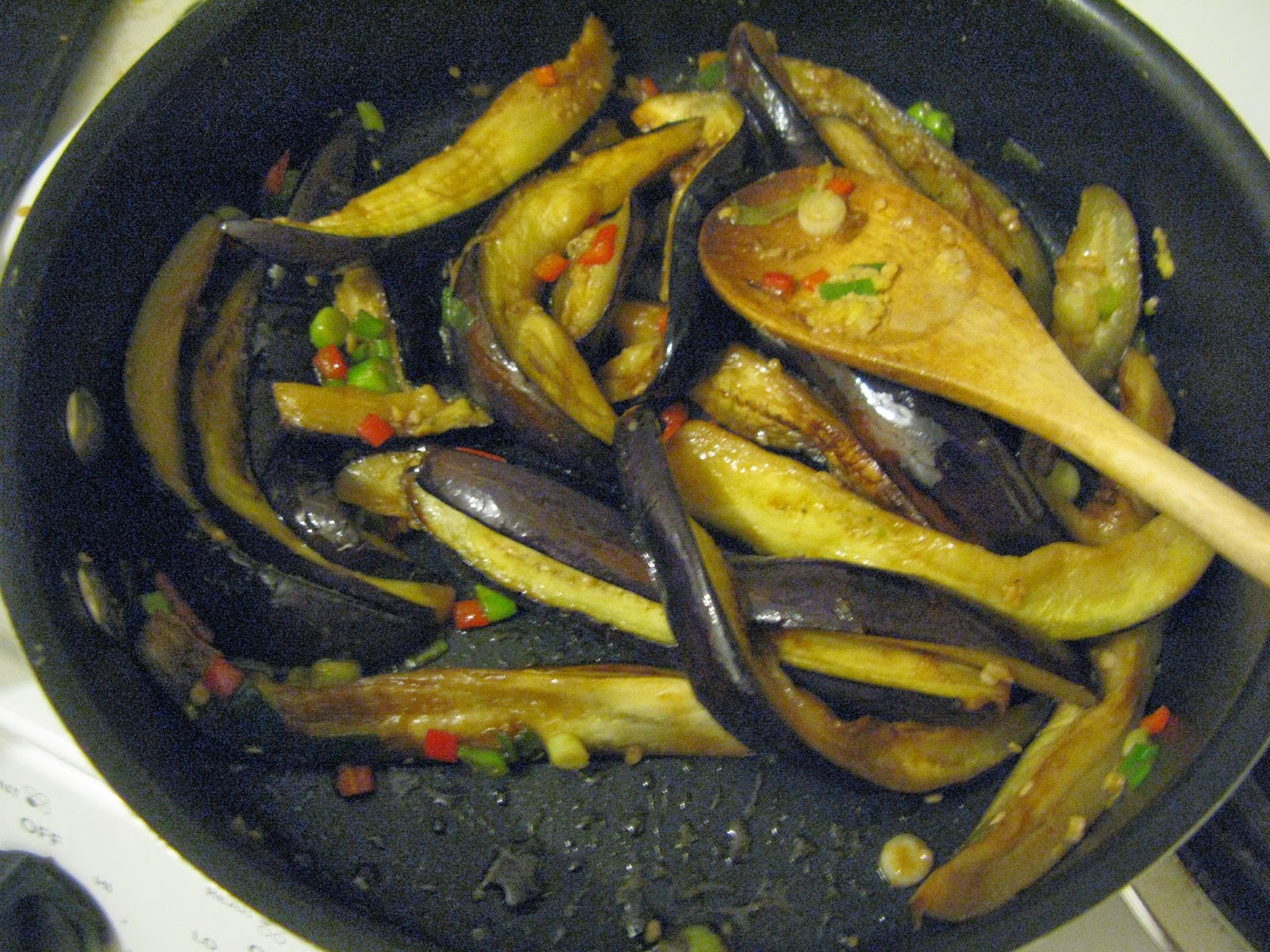 I ended up needing more oil than the recipe called for. She only suggests 2 tablespoons. This could be because my eggplants were larger than recommended. I added another green onion, because I like onions. I also didn’t add any sugar either. 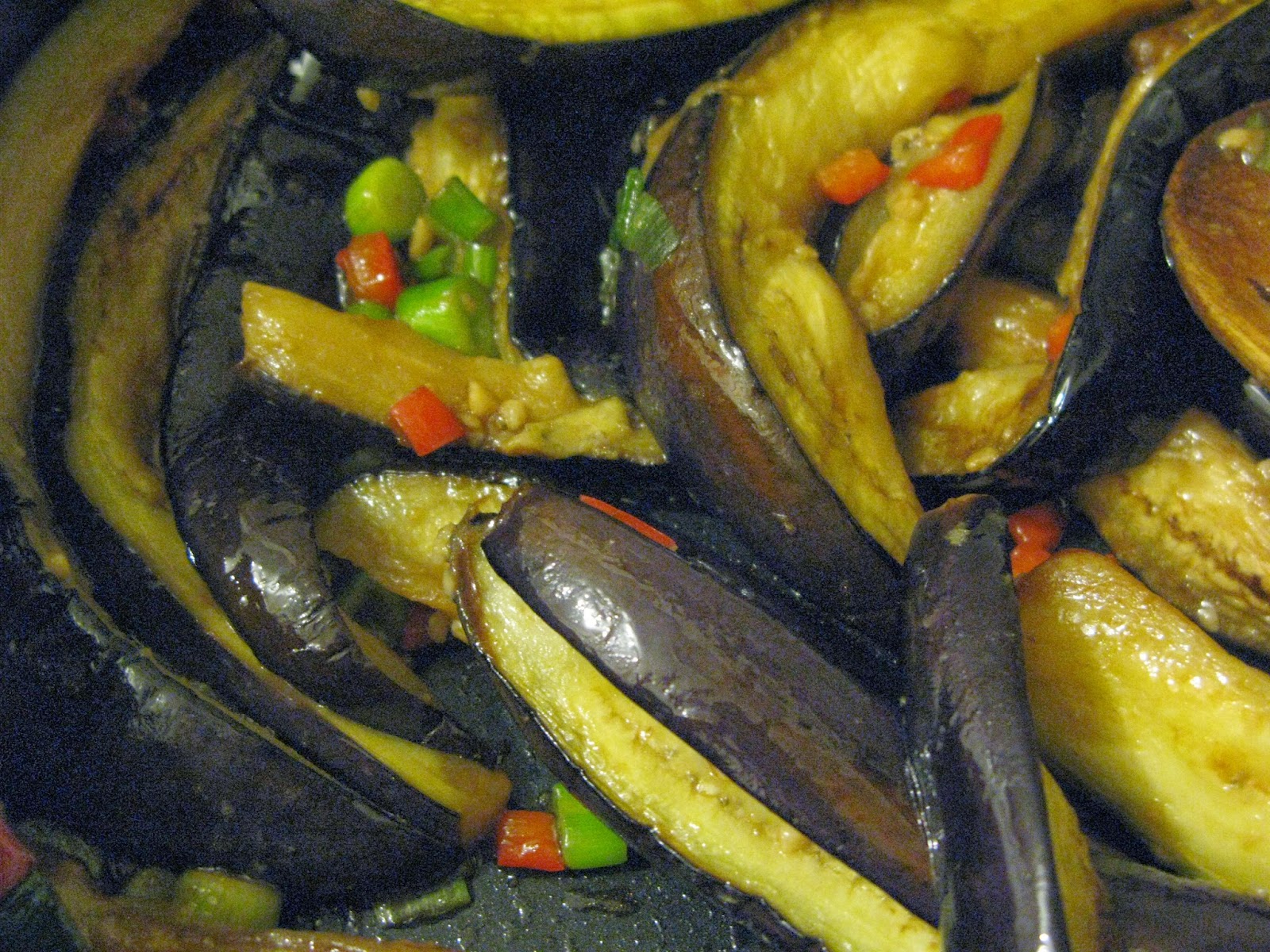 I cut the eggplant into spears. 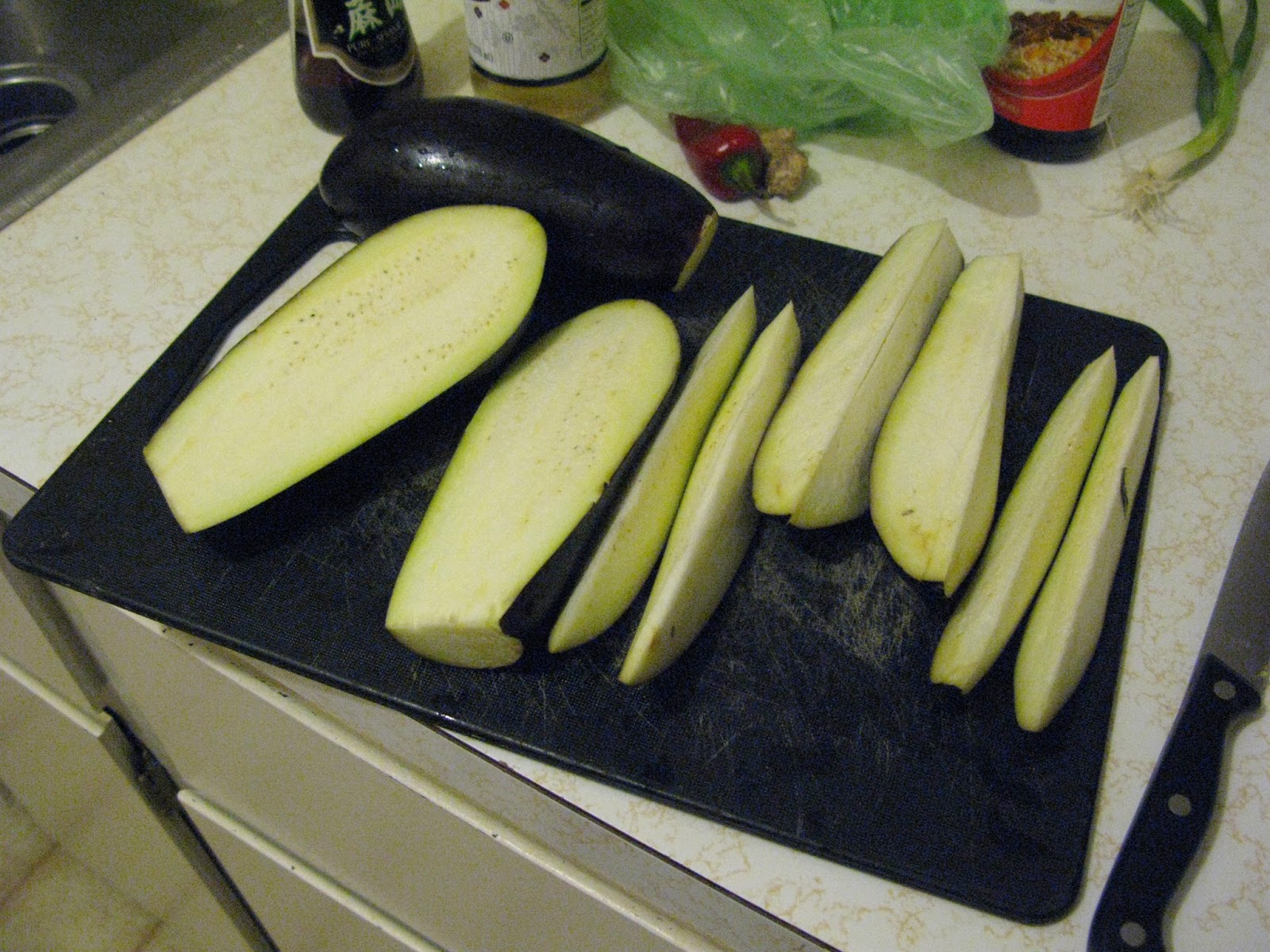 I heated a tablespoon of oil in a skillet. The pan was hot before I layered the eggplant spears in a single layer over the hot oil. I flipped after a minute and cooked the vegetables on the other side for 2 to 3 minutes. They were browned and a little soft. I had to do this in two batches. I also added more oil because the pan was dry. 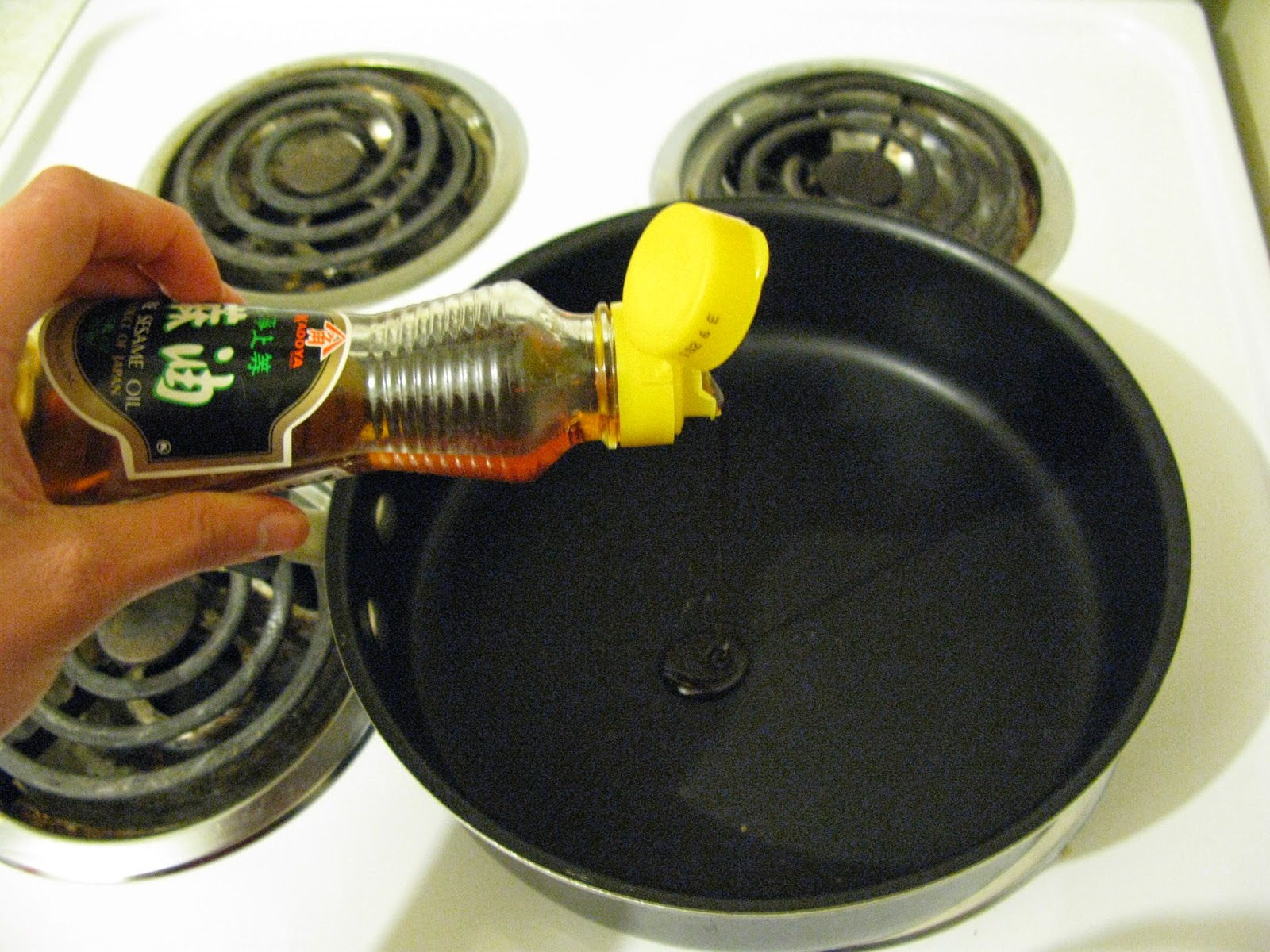 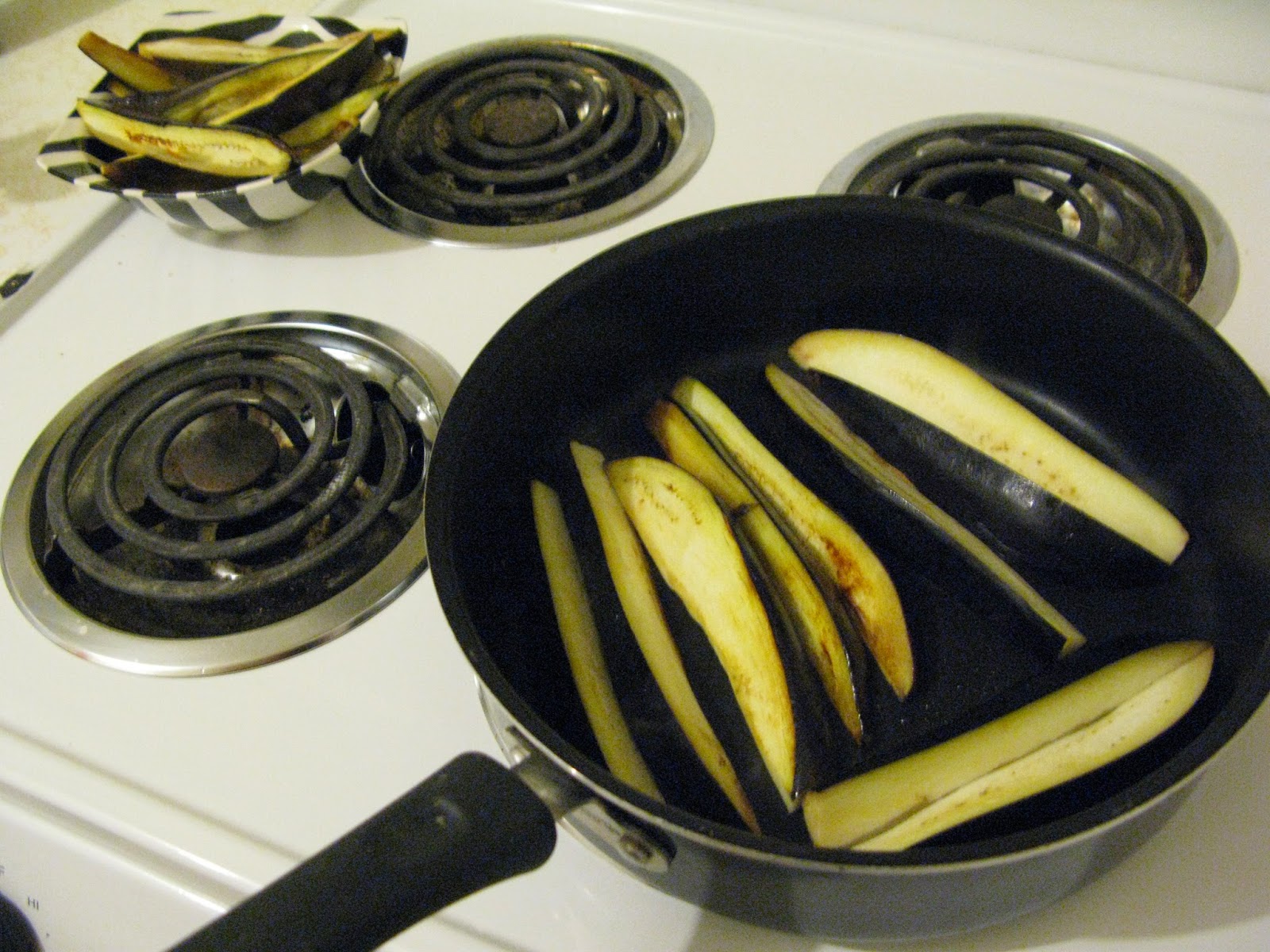 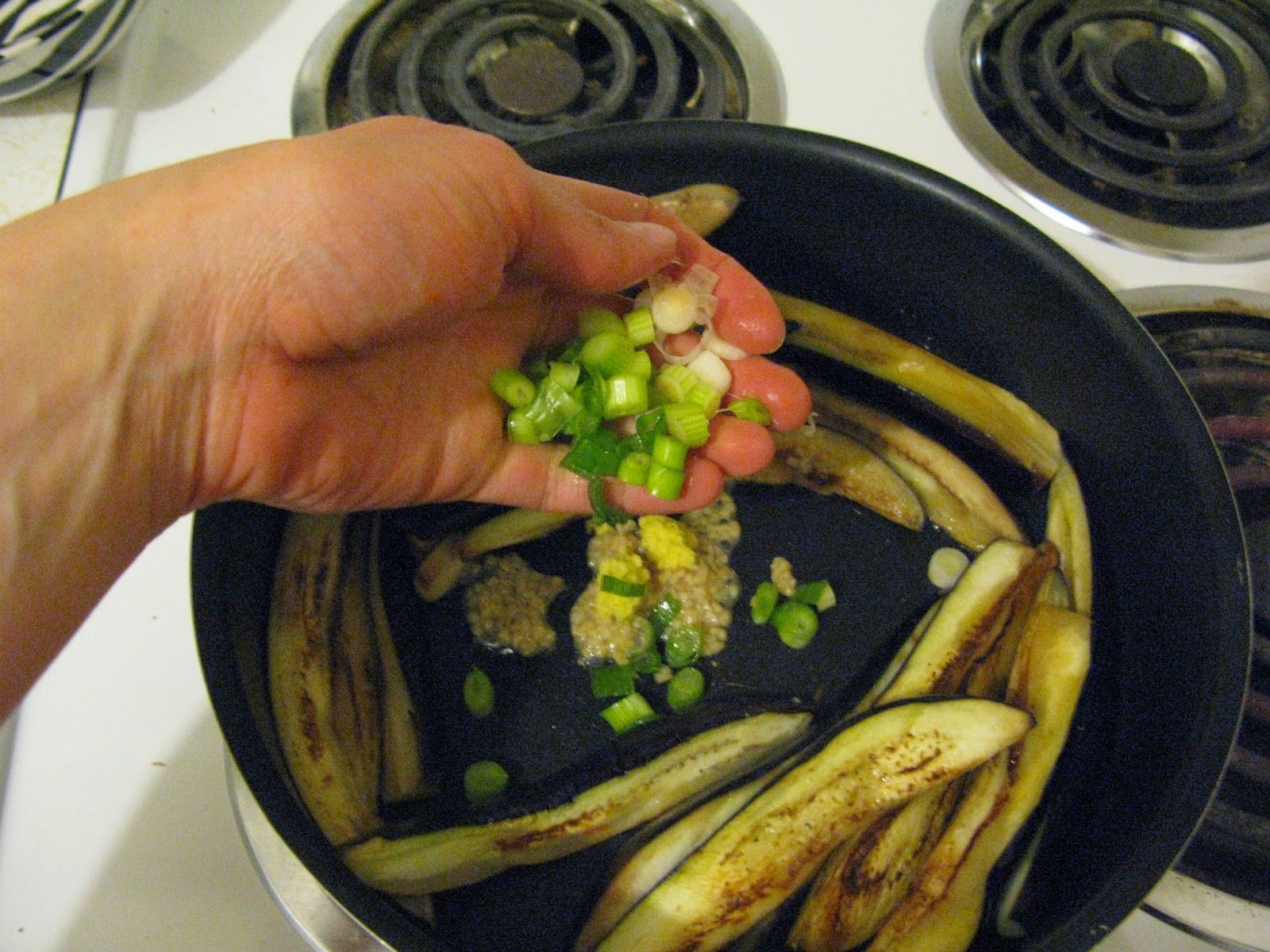 I stir-fried these ingredients in the center of the pan for a couple of minutes. 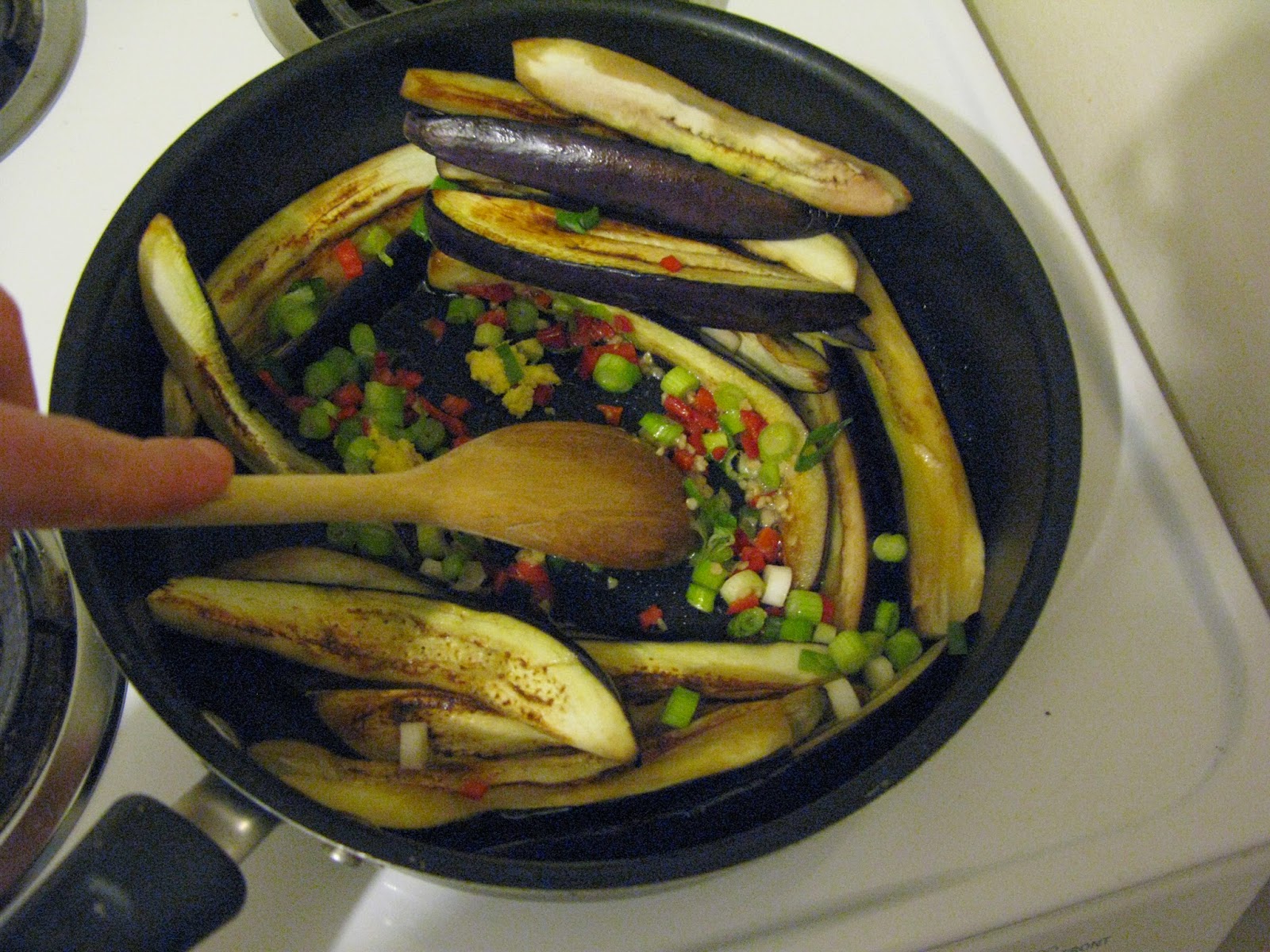 I stirred in the eggplants and cooked for about a minute. I added the soy sauce and rice vinegar. The liquid quickly evaporated in the hot pan. 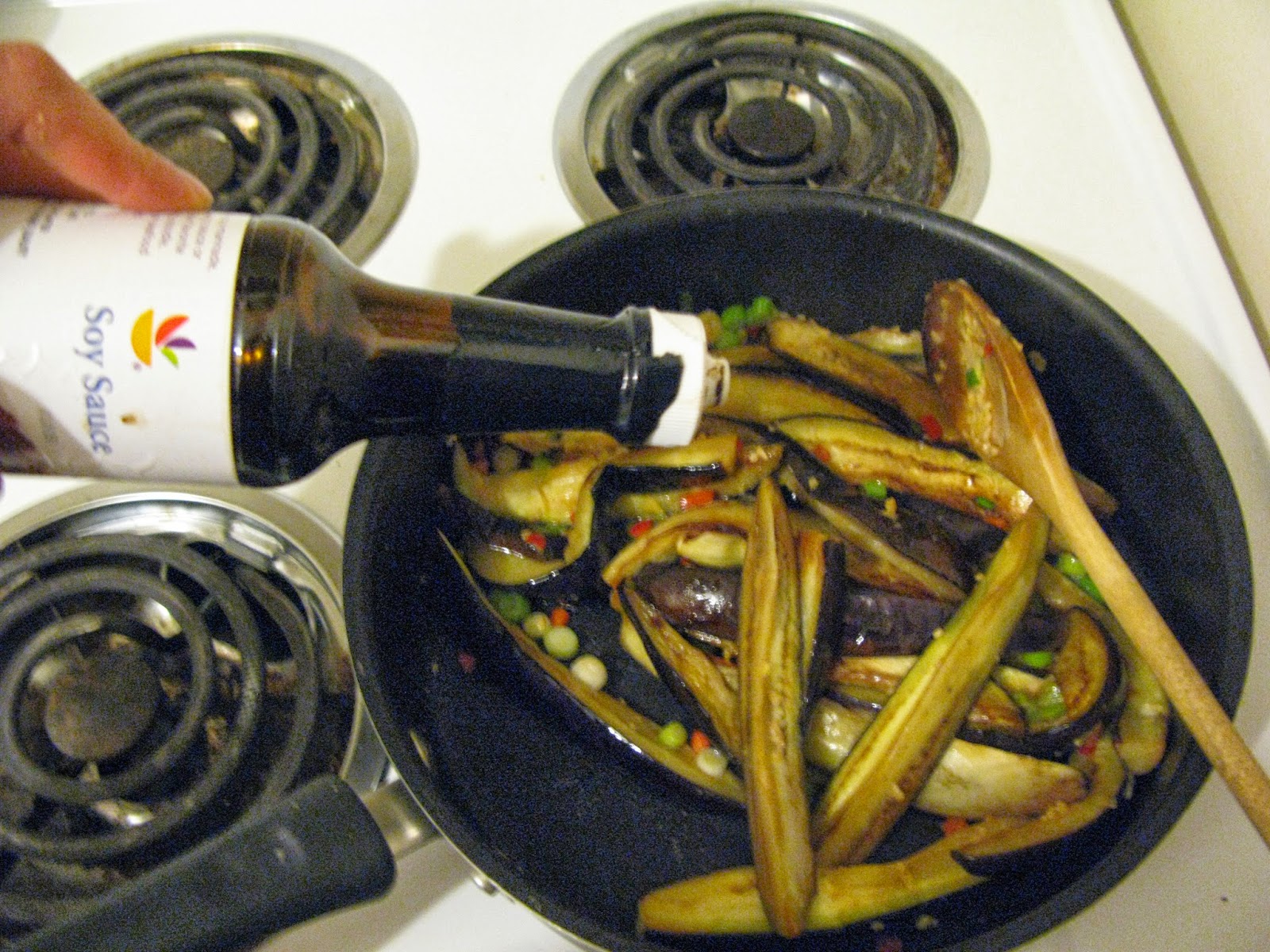 This was a tasty, vegetable side dish. It’s a different, fun way to serve eggplants. 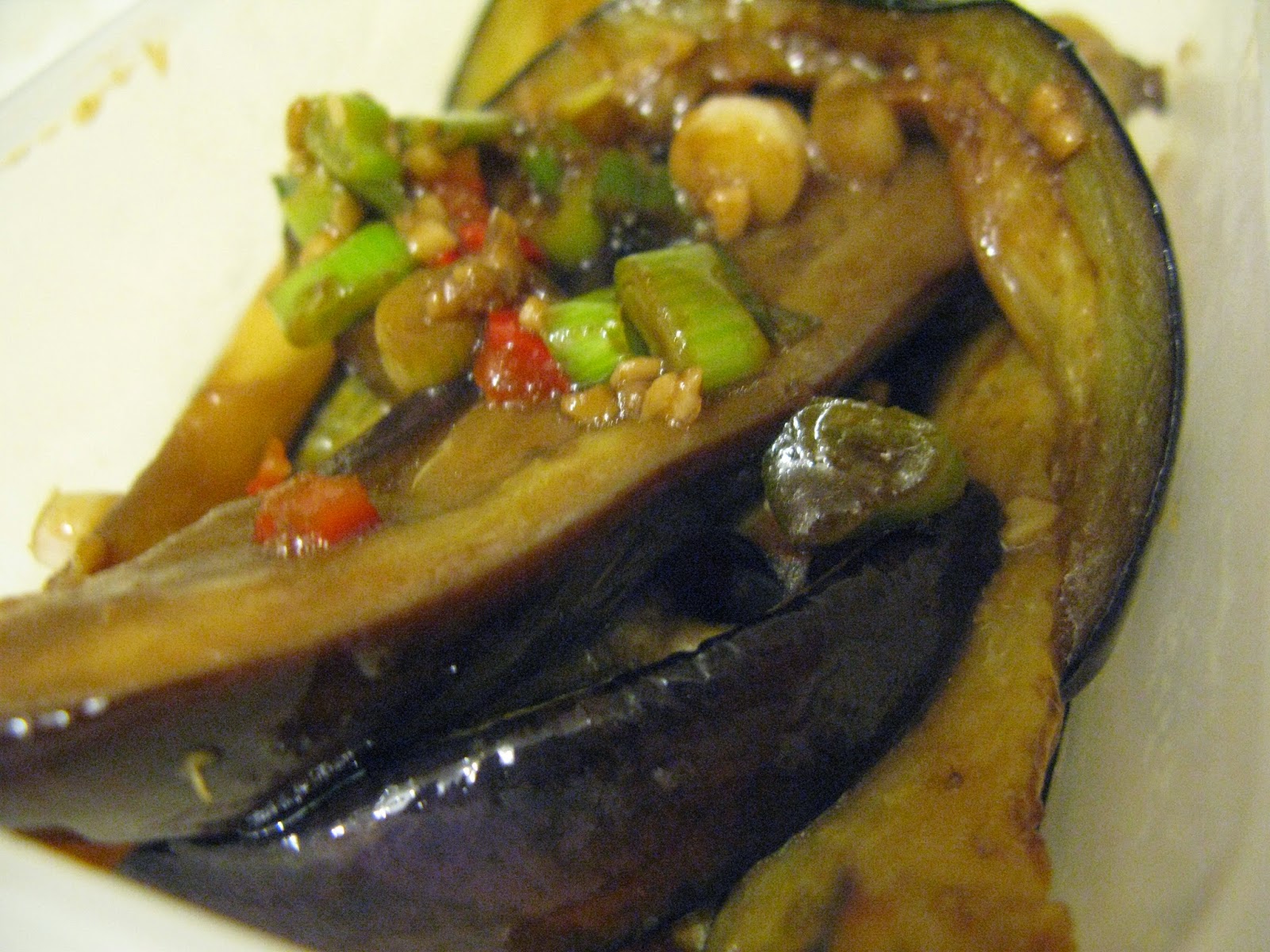 There are two things I would do differently. I would make it with black vinegar because I bet it has a stronger flavor than rice vinegar. I removed the seeds from my pepper, and I should have kept some seeds in because it was not spicy enough. 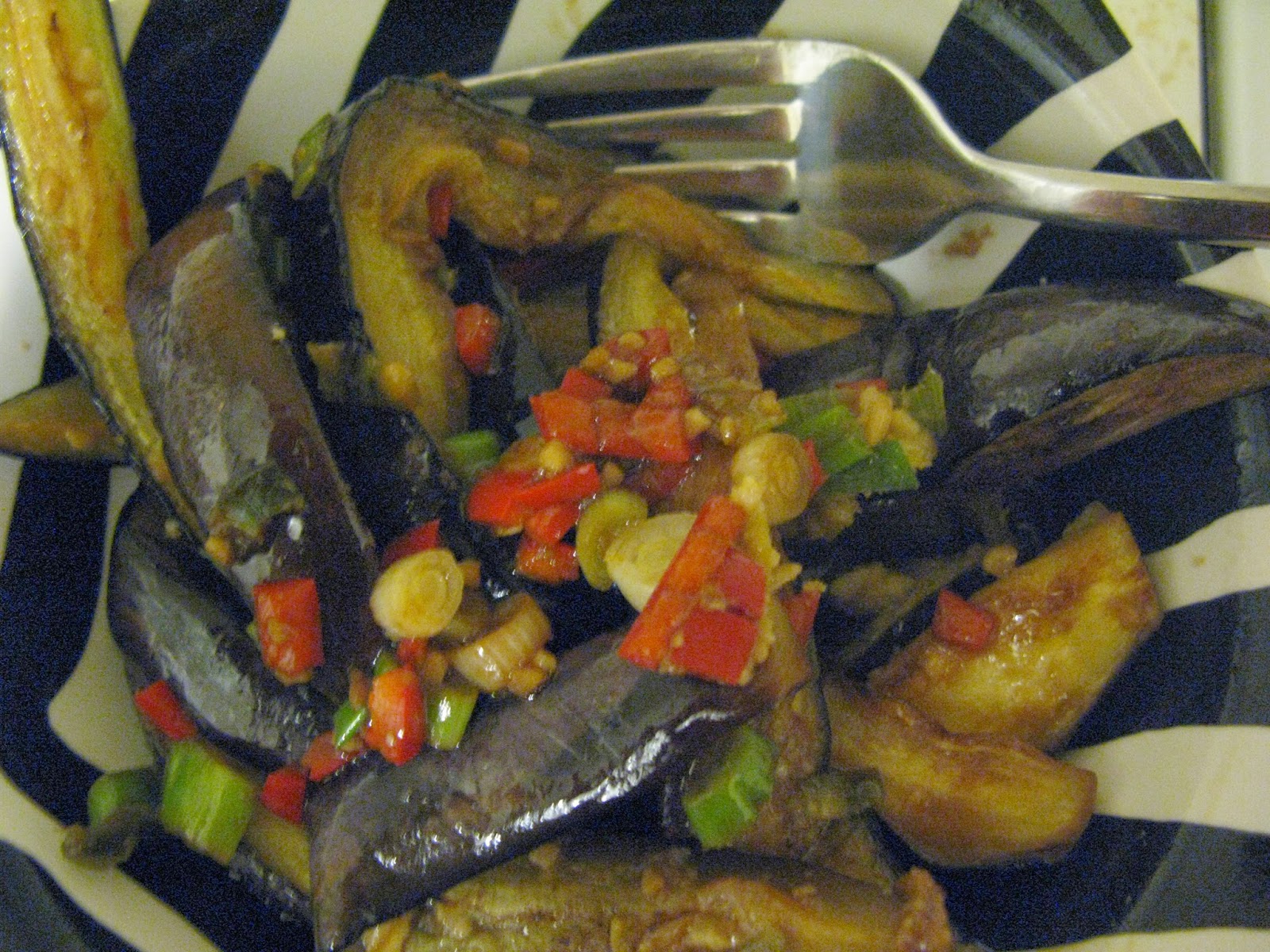 This looks so delicious! I love eggplant! Yum! Thanks for sharing - http://thecharmitspot.com/

Sounds like a tasty dish! I've never seen or heard of black vinegar...maybe they only sell it at Asian supermarkets?

Ashley and Danielle, I can't get enough of eggplant myself! Joanna, I think you're right!