This coming Friday I am graduating with a master in public policy.  Sometimes when I tell people what I am studying, they ask me what that means.  I like to think it is what everyone would study if they knew such an amazing field of study existed.

Last Friday I made Thai coconut soup based on a recipe I watched on youtube.  In Thailand it is called Tom Kha Gai.  It is reassuring that people in Thailand actually eat coconut soup.  I learned this Saturday that Belgians eat waffles too.  Another fun fact is that the Smurfs originated in Belgium.  This Saturday was EU embassy open house day in DC.

This is a useful recipe if you happen to have fish sauce laying around.  The recipe states that it serves two as a main course, but both of the individuals would need to be pretty hungry.  The soup required 2 cups of chicken broth, 4 cubed chicken thighs, 2 cans of coconut milk, 10 ounces of white button mushrooms, 1 tablespoon of sugar, 3 tablespoons of fish sauce, the juice and zest of 3 limes, 2 teaspoons of ginger, 1 teaspoon of red pepper flakes, and 4 tablespoons of chopped cilantro. 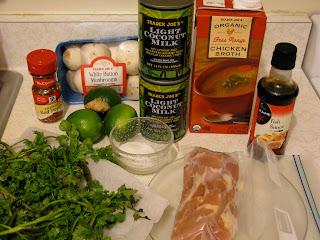 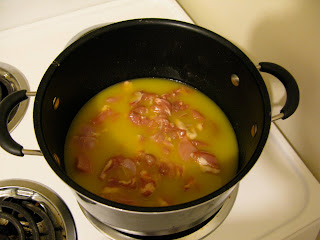 I do not own a zester.  I deserve extra points for tediously zesting three limes with a knife. 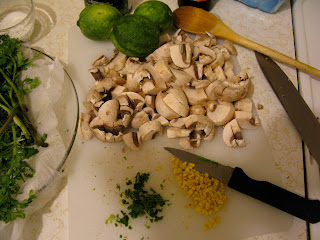 After the chicken was cooked, I added light coconut milk.  Coconut milk comes from the meat of a coconut.  It is saturated fat.  That is the type of fat that raises your blood pressure, so don't eat this soup everyday. 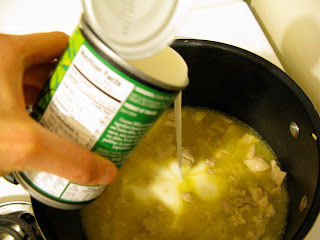 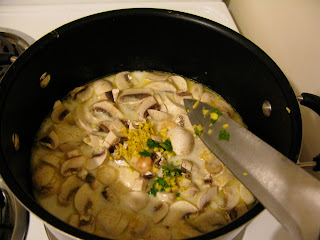 These are some superb action shots. 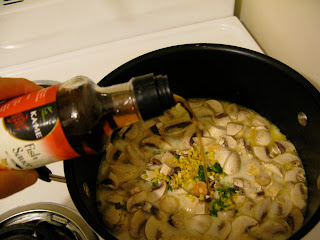 This is a good mid squeeze photo; I could be a sports photographer.  The limes added an appreciated punch.  If you are not crazy about limes, you should not add all three.  Through osmosis I learned that if you have hard limes or lemons, you can microwave them a little so they render more juice. 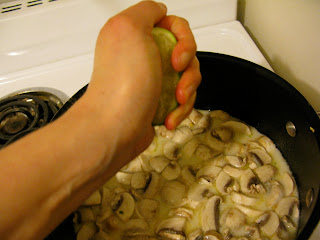 I added more red pepper than the measly amount shown. 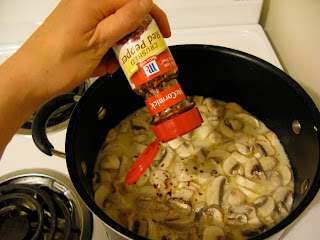 I cooked the coconut soup until it was hot.  I garnished my serving with a healthy amount of cilantro.  Tasty!  The cilantro looks a little wilted, but that is the fate of fresh herbs in hot soup.  I ate this the following day as well.  The soup separated a little the second day, but a little stirring and microwaving was all that was required to set the world right again. 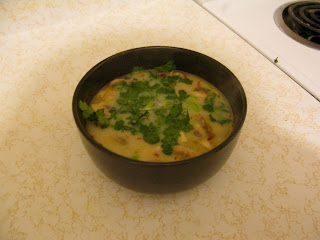