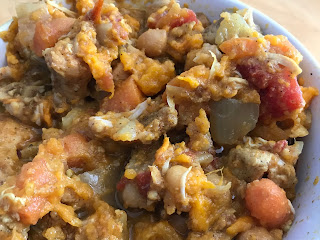 I'm leaving to go to Mexico in a couple of days.  I'm pretty excited.  I have been to Mexico a couple of other times, but it has been over ten years. 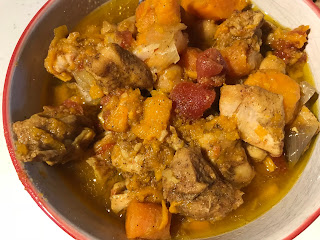 I will be meeting my parents and nephew there, and my brother and his family is there already.  They have been there for a couple of months. 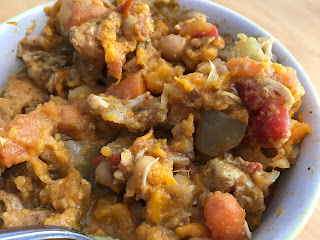 I made this chicken Marrakesh last weekend.  I am becoming a fan of slow-cookers.  You just put the ingredients in, and you have a fully cooked meal a few hours later. 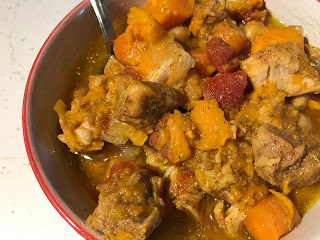 It is so easy and convenient.  I often put the ingredients into the slow cooker before church on Sunday, and then have a warm meal waiting for me when I return. 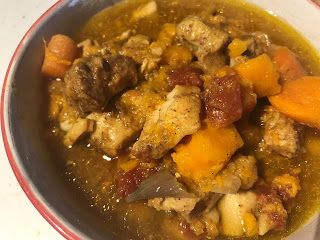 I found this chicken Marrakesh recipe on allrecipes.com.  I omitted the dried parsley because I didn't have any on hand.  I added more carrots.  I also tripped the other spices.  I am glad I did because the spices were decreeable, but not overwhelming.  I used chicken thighs instead of chicken breast.  I think the thighs are better tasting. 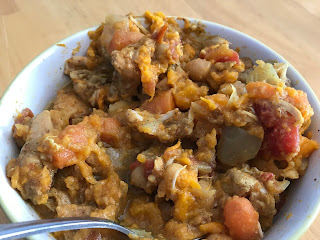 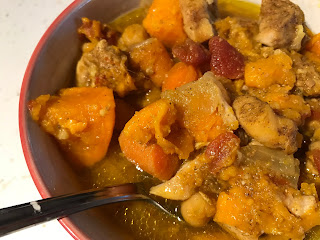 I added the chopped onion and chopped sweet potatoes into the slow cooker. 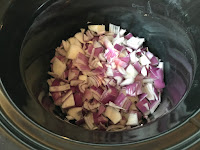 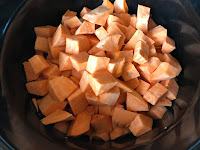 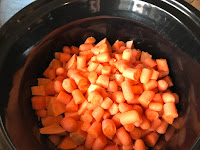 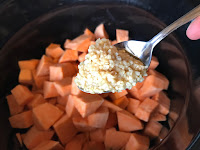 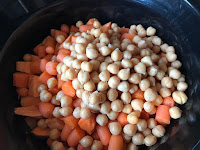 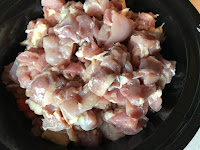 I added the cinnamon, cumin, turmeric, salt, and pepper into a small bowl.  I whisked the spices together. 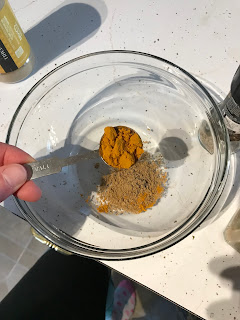 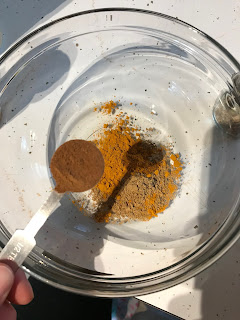 I poured the spice mixture over the chicken in the slow cooker.  I then added the can of diced tomatoes. 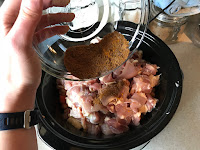 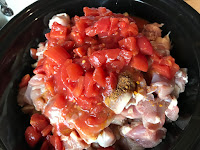 I cooked this on high heat for four hours.  I was worried there wouldn't be enough liquid, but the carrots, chicken, and sweet potatoes omitted enough liquid to make a delicious broth. 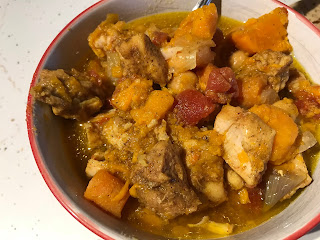 This was a very flavorful and savory dish.  The spices were warm and inviting. 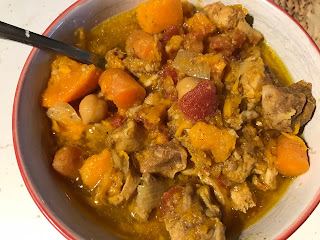 The broth was scrumptious and rich. 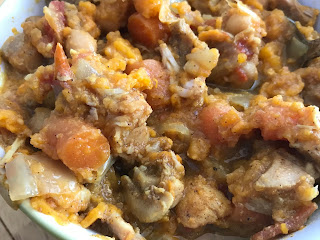 All of the vegetables were soft and tender.  The quicken was moist. 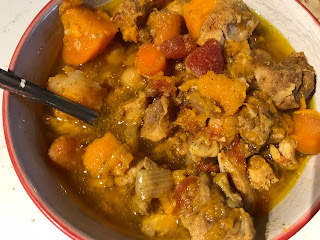 It wasn't an attractive dish, but it was tasty.  I ate it with flat bread. 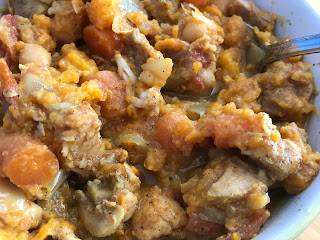 I would make this dish again.  It was good.  My favorite part was the spices and flavors. 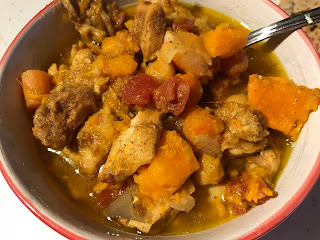