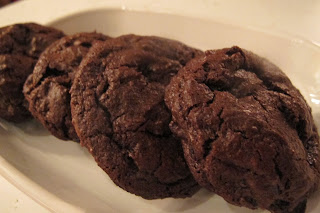 A few weeks ago, a few friends and I had afternoon tea at a quaint town near where I live.  We had several different types of week, dainty sandwiches, and little sweet treats. 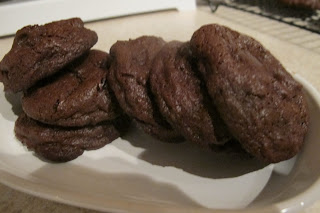 We each got a scone of our choice, which was served with clotted cream.  There were several choices, but I had no difficulty in choosing a chocolate cherry scone.  It was delicious, and it made me realize I have never posted a chocolate cherry dessert on my blog. 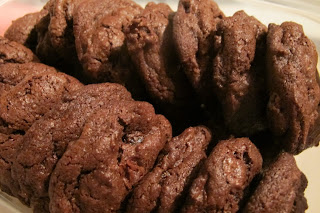 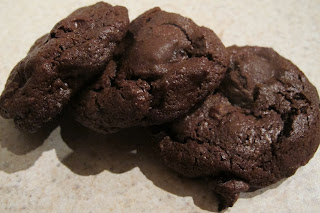 Cherries are a stone fruit.  These types of fruit can be called a drupe.  The work cherry is derived from a latin work cerasum.  Cerasum was a ancient Greek area, now in modern turkey, where cherrie are believed to have originated. 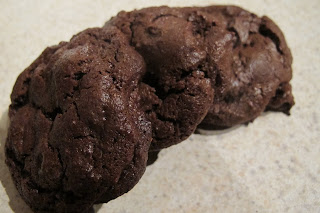 Cherries were cultivated in England under the direction of King Henry VIII.  He tried them in Flanders and apparently thought they were delicious. 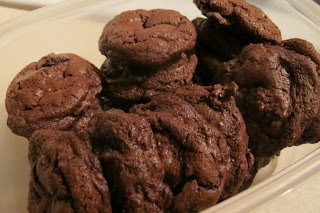 In the United States, most cherries are grown in Washington state, Oregon, California, Michigan, and Wisconsin.  Turkey produces 20% of the world's cherry output. 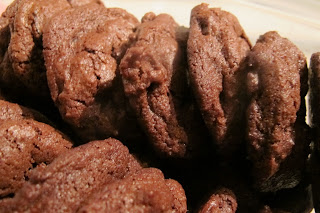 I found this cherry double chocolate cookie recipe on Epicurious.com.  I made it as directed except I omitted the pecans.  I also made the assumption that one cup of chocolate chips is the same as 3.5 ounces. 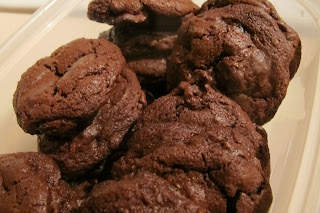 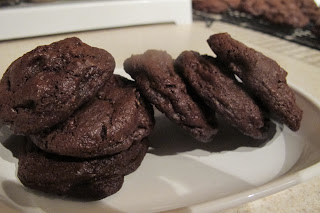 I whisked together the flour, cocoa powder, baking soda, and salt.

I creamed together the butter and brown sugar for a few minutes until the mixture was fluffy.

I mixed in the flour mixture on a low speed until just combined. 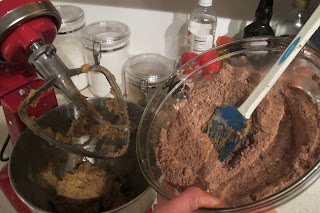 I mixed in the dried cherries and chocolate chips.

I scooped mounds of dough about two inches apart.  Each mound contained about one and a half tablespoons of dough. 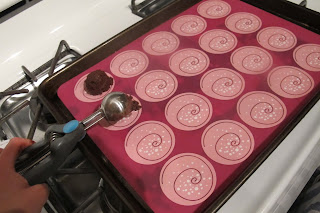 I baked the cookies for twelve minutes at 375 degrees.  I let the cookies cool for a few minutes on the pan before letting them cool completely on a wire rack.

These were scrumptious cookies.  They were decadent, rich, and chocolaty. 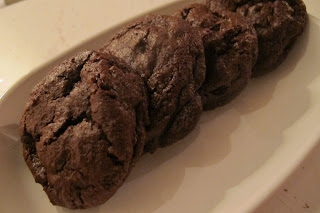 They were chewy, tender, and dense.  They also had nice crinckly tops and edges.

Their texture was similar to a brownie. 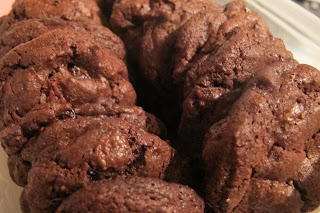 The cherries were chewy and tart.  They added a little zing to a sweet and potent chocolate cookie.  These were scrumptious and delicious cookies.  I give them two thumbs up. 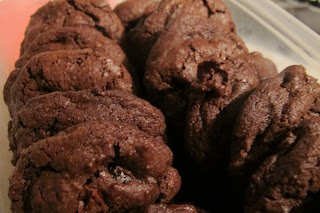 Cherry and chocolate is my favourite combination. These look totally decadent and like my kind of cookie :D
http://www.rubyandcake.com/

Thanks Ruby! These are my kind of cookie too!