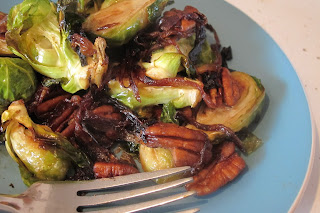 I have had a long week with little sleep.  Long weeks make me excited for the weekend. 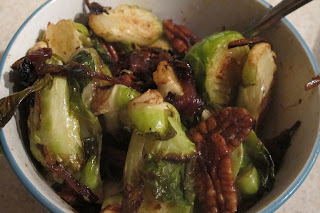 I slept less than five hours Thursday night.  I need more than five hours of sleep to function properly.  On Friday, I was doing technical analysis all day at work, and my mind wasn't sharp. 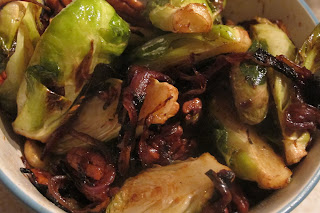 Earlier this week, I saw my friend who will be my Vietnam travel companion.  It is going to be an exciting, whirlwind of a trip.  A few people have suggested getting vaccinations.  I haven't even looked up what types of vaccinations would be necessary. 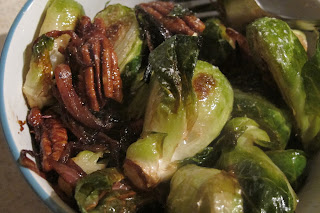 We will be visiting two larger cities in Vietnam, Ho Chi Min and Hanoi, plus a few smaller cities.  There are some beautiful caves in central Vietnam, but we just don't have enough time.  From what I have seen in my research, you could honestly spend a month in Vietnam. 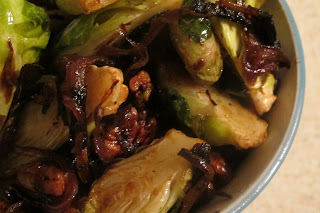 Whenever I travel, I feel like I don't have enough time to see everything.  On the flight back, I have an eight hour layover in Soul, Korea.  I think that is enough time to leave the airport and see something in the city. 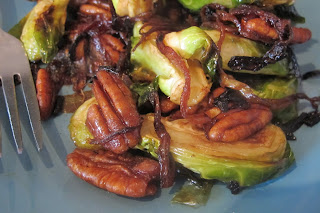 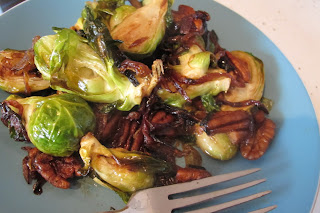 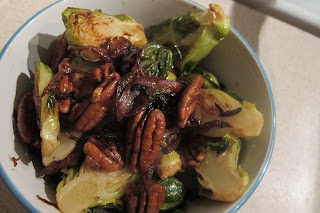 I stared by caramelizing the onions.  I added the oil to a hot skillet.  I then added the thinly sliced onion and shallot.  I added a shallot because I had one on hand leftover from another recipe.

After sautéing the onions for a few minutes, I added salt. 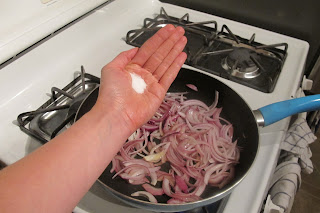 I continued cooking the onions for 20 to 30 minutes.  I stirred regularly.  I added a little water a few times when the onions were looking dry. 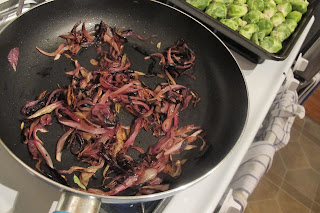 After a while, the onions become dark, golden brown. 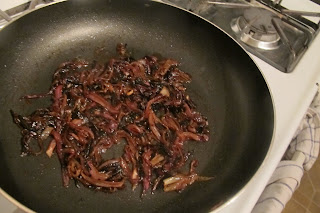 I baked the sprouts for 15 minutes at 400 degrees.  I flipped them and cooked them for another seven minutes. 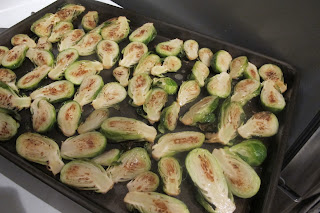 Once the brussels sprouts were roasted and the onion caramelized, I combined the ingredients in the saucepan.

I added the candied pecans too. 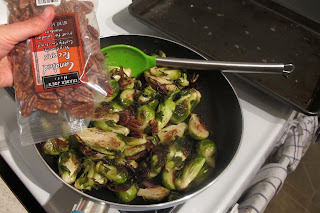 I stirred until the ingredients were all evenly incorporated.

This was a scrumptious dish. 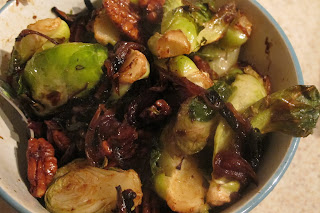 The brussels sprouts were golden and caramelized.    They were tender with crispy edges. 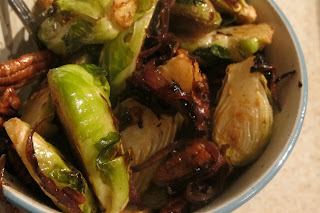 The onions were sweet, savory, and aromatic. 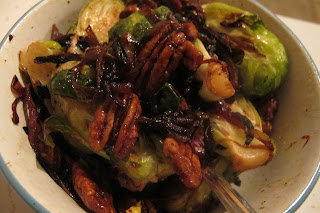 The pecans were sweet and crunchy. 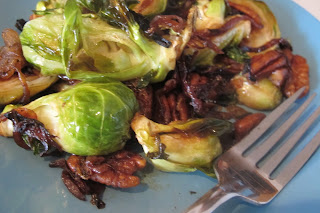 The flavors blended well together.  The textures were appealing and appetizing.

It was a pleasurable dish.  I ate it with gusto.