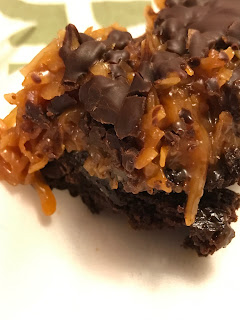 We finally got some snow this year.  There was a little snow flurry earlier in the year, but there was no accumulation.  Last Monday night and early Tuesday morning it was a certifiable snow storm. 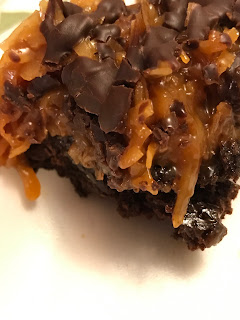 Work wasn't canceled, but I had a three hour delay.  I slept in, did some laundry, and even cleaned the bathroom.  Most of my coworkers worked from home that day, and the office was as quite as a tomb. 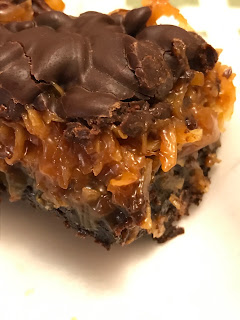 I have to admit that I wasn't particularly efficient.  It was so quite it was hard to focus.  I think sleeping in also made me feel like I was in vacation mode. 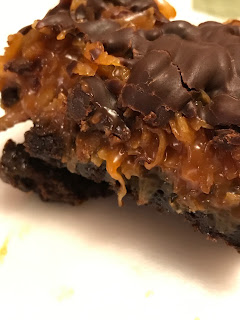 I don't love winter, but I'm glad it snowed.  It doesn't feel like winter unless there is some snow.  Of course, I'm a little sad that I can't put away my down jacket yet. 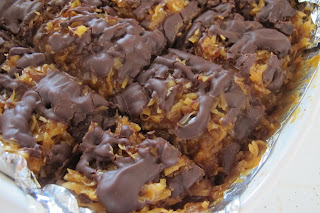 I found a Samoa brownie recipe on another blog called Broma Bakery.  This is the first recipe I have made from this site, but it seems to have many delicious recipes. 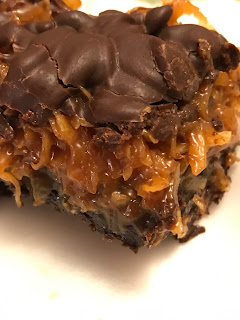 She used a hand made brownie for her base, and I just used a brownie mix.  I used her coconut topping recipe, and it was delicious. 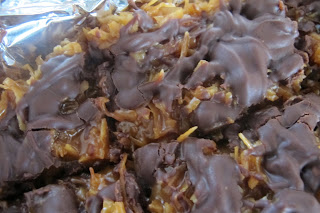 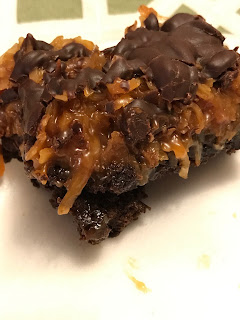 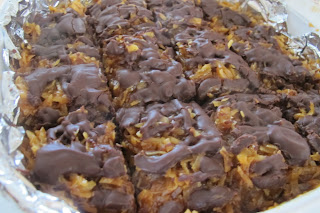 I mixed together the brownie mix, oil, water, and egg.

I poured the batter into a nine inch square pan that was lined with foil and greased. 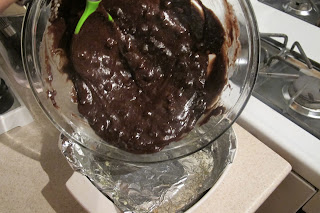 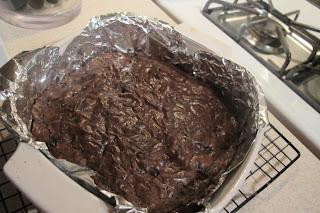 For the topping, I added the sugar in a pot over medium high heat.  I let this cook for about five minutes.  I stirred ocassionally.  The sugar will melt and become golden brown. 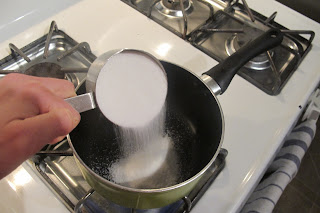 Once caramelized,  I removed the sugar from the heat.  I added the cubed butter.

I stirred the butter and sugar together for a few minutes. 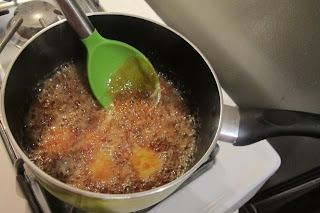 I mixed in the heavy cream and salt. 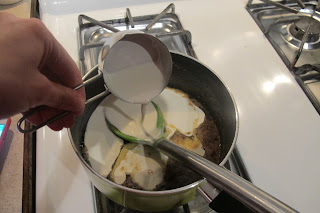 I put the caramel back on the heat.  I continued to stir and cook the caramel over the heat for about 30 seconds. 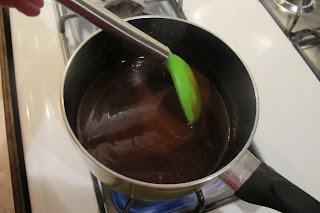 I removed the caramel from the heat and added the shredded, sweetened coconut.

Once the caramel had cooled a little, I evenly spread the coconut mixture over the brownies. 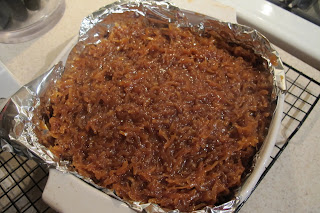 I melted the chocolate in the microwave.  I cooked it in 30 second intervals and stirred after each interval. 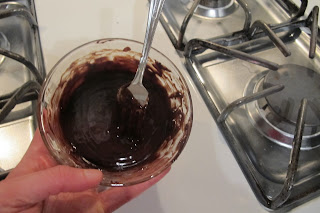 I drizzled the chocolate over the coconut layer.

I let the chocolate set before cutting the brownies into squares and digging in. 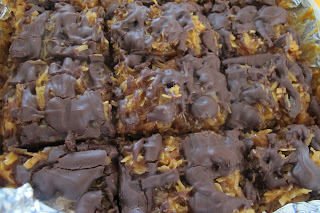 These were some seriously decadent brownies.  These brownies are my kind of dessert. 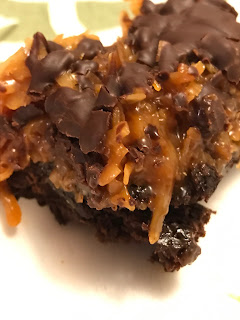 The chocolate was rich, intense, and deep.  The brownies were dense and chewy. 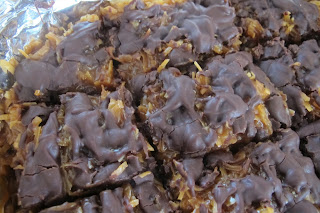 The topping was sweet, caramelized, and golden.  The coconut added delicious flavor, texture, and sweetness. 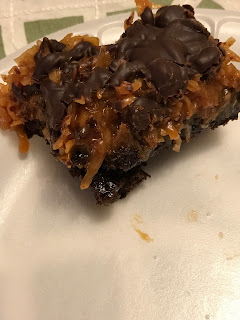 The drizzled chocolate brought these over the top.  It was creamy and milky. 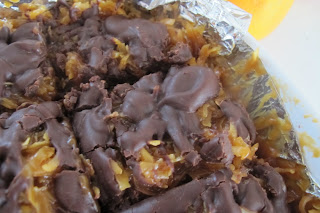 These were simple yet luxurious and scrumptious,. 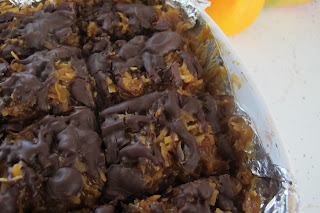 They were phenomenal brownies that I could make and eat over and over again.  These were really fantastic brownies.  These were some of the best brownies I have every made. 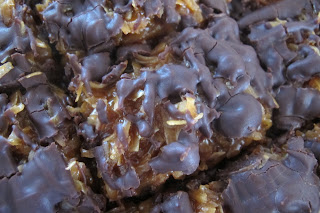 So jealous of your snow flurries! And these insane brownies

Looks so rich and decadent, especially the coconut caramel! I love coconut anything! Thanks for sharing!

mm yum, i love samoas! (almost typed samosas; also delicious, but quite different than samoas). i love reading broma bakery, but i haven't made anything from it yet! i need to do that asap (:

Thanks Ladies! They were delicious!