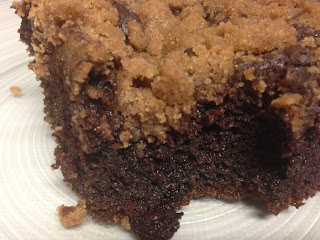 I got my haircut today.  I usually go to really cheap places like Hair Cuttery.  I'm not picky, and I don't like spending loads of money every few months to get my haircut. 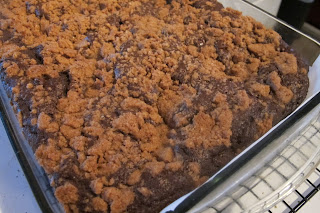 I have needed my hair cut for a while, but I have been busy.  I'm leaving for a work trip tomorrow, and I wanted to get a haircut before leaving.  I was lazy today and decided to just go to a nearby salon.  With tip, I ended up spending $80.  It is a nice cut, but it's not that nice. 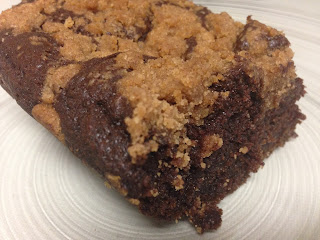 It has been the most expensive haircut I have ever gotten.  Given how much I spent, I'll have to run my hand through my hair many times and really enjoy the cut. 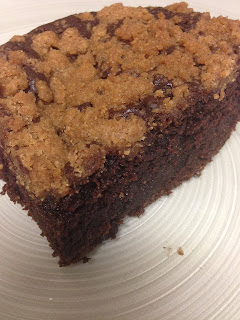 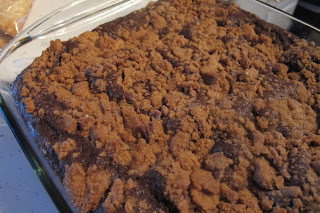 I have other delicious chocolate recipes on my blog too.  I have made dark chocolate cake with ganache and cookie dough filling, caramel german chocolate cake, and chocolate cupcakes with chocolate frosting. 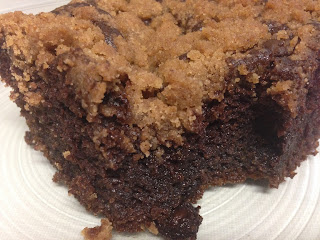 I found the chocolate cake recipe on allrecipes.com, but I first heard about the recipe from my mother.  My sister in-law made this chocolate cake.  My mom enjoyed it so much that she told me about it later.  It is worth the hype! 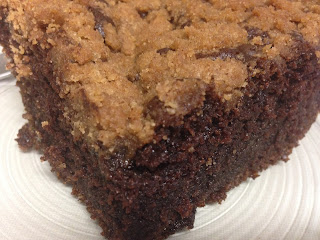 I made the cake batter as directed.  I baked it in a nine by thirteen inch cake pan instead of a bundt pan.  I also added a crumb topping. 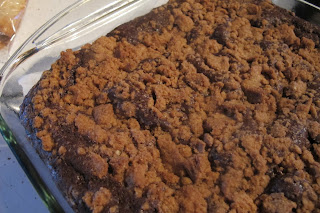 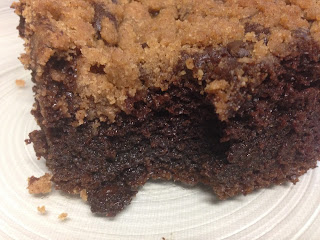 The ingredients for the crumb topping were 1/2 cup all purpose flour, 1/2 cup packed brown sugar, 1 1/2 teaspoons cinnamon, and 3 tablespoon butter. 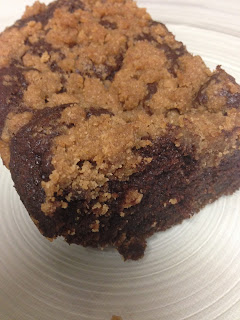 I added the cake mix and pudding mix into a large bowl. 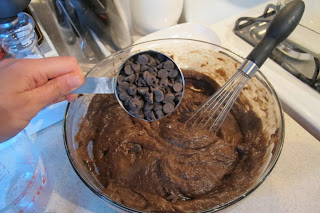 I poured the batter into a greased nine by thirteen inch baking dish.

I sprinkled the crumb topping evenly on top of the cake. 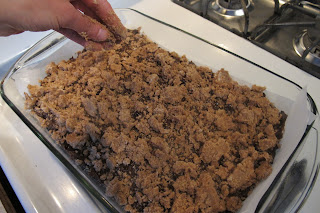 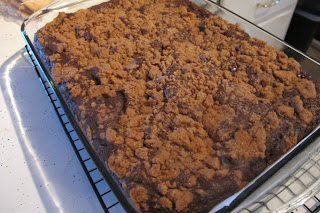 I let it cool completely.

This was a decadent, rich, and luscious cake. 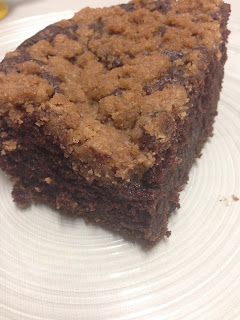 The chocolate flavor was rich and intense. 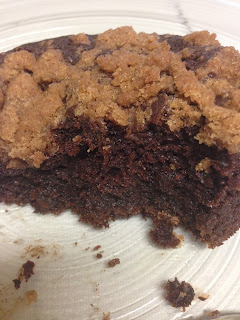 The texture was moist and tender. 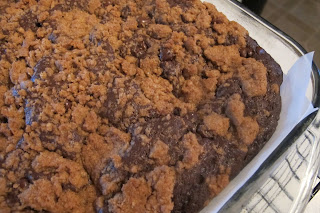 The crumb topping was buttery, sweet, golden, and crisp. 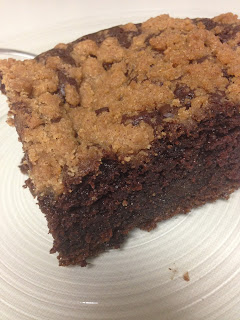 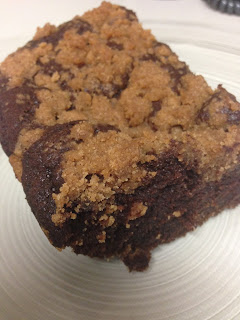 It was a delicious coffee cake.   It was tender and appetizing.  I took it to work, and people raved about it. 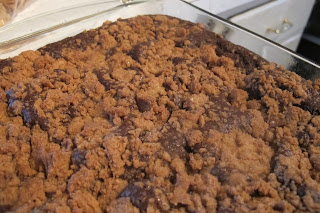 It isn't the kind of thing you should eat every day, but it was well worth the caloric splurge. 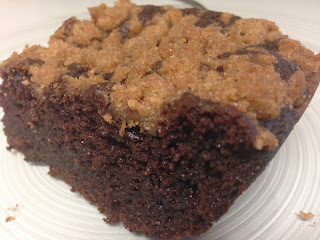