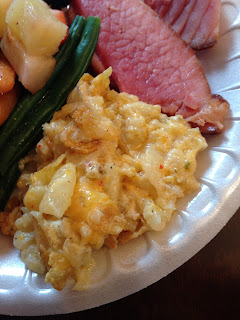 I made this cheesy potato casserole for an Easter potluck.  I grew up eating Funeral Potatoes.  I think it's a Utah Mormon thing.  I have also eaten this dish at many luncheons after funerals.  It's an appropriate and slightly macabe name. 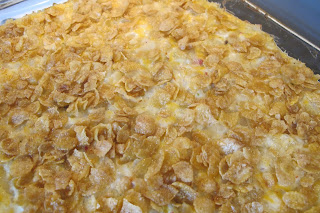 Every version I have eaten had loads of cheese and sour cream.  Some recipes use frozen hash browns and some start with unadulterated, unprocessed potatoes.  Some recipes also use some kind of cream of condensed soup.  Clearly this dish isn't for the health concious. 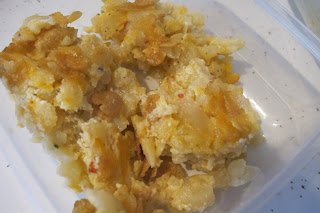 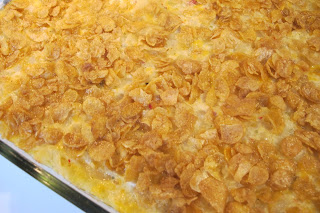 When I went grocery shopping the day before Easter,  the hash-browns had been picked through.  There was only southwest style or big chunks of potatoes. 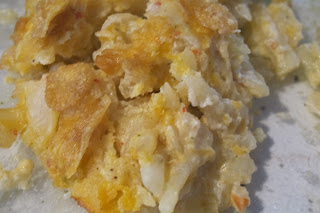 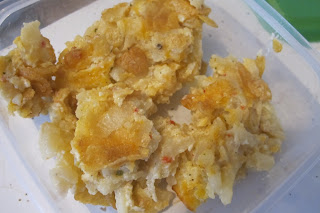 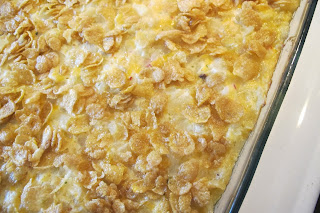 I sautéed the chopped onion and minced garlic cloves in the butter over medium-high heat for a few minutes.

I added the flour and cooked it for a few minutes until the flour was nutty and brown. 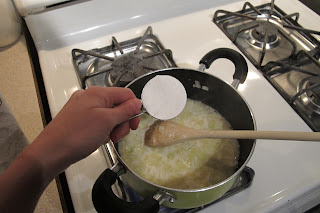 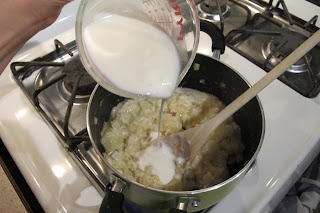 I added the red chili flakes, salt, and pepper.  I let this sauce simmer for over ten minutes.  I wanted it to thicken. 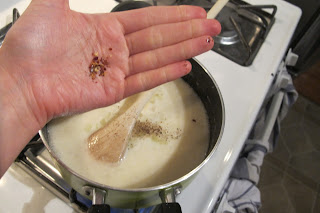 After ten minutes, I removed the pan off of the heat and added sour cream, cheddar cheese, and hash-browns.

I had to carefully stir the mixture together because my pan was a little too small. 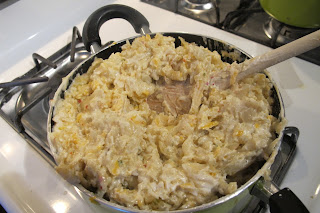 I spread the mixture into a well greased nine by thirteen inch baking pan.  I spread out the mixture evenly.

For the topping, I melted the butter and combined it with the cornflakes.

I sprinkled the buttery cornflakes over the casserole.

How could this not be good?  It's packed with cheese and potatoes. 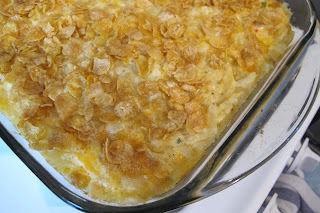 The sauce is thick and creamy. 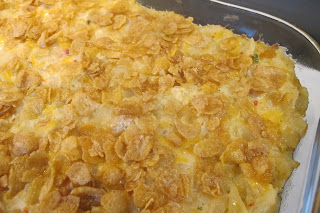 The cornflakes and edges become toasted and golden in the oven. 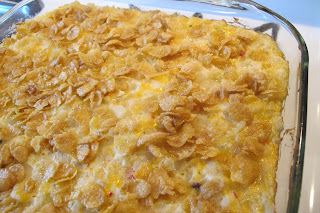 It was pure and simple comfort food. 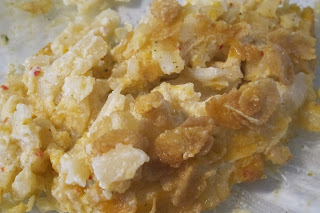 It makes enough for a crowd.  We ate it with ham, and it was a flawless combination. 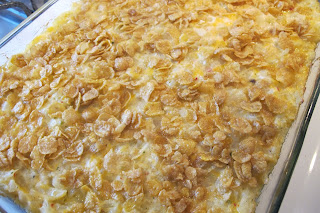 It was cheesy, gooey, warm, and mouthwatering. 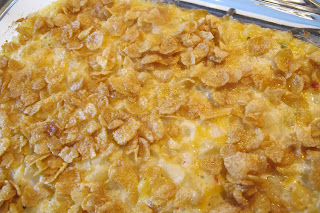 My grandma used to make these!! OMG, what a memory to encounter!!!!

I hope they're pleasant memories! :)