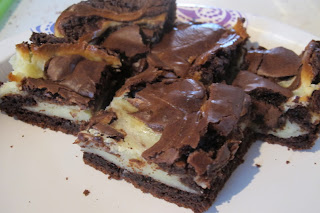 I have recently started waking up before my alarm clock.  My alarm is set for 6am, which is early enough.  Regardless, I'll wake up forty to thirty minutes before six a couple of times a week. 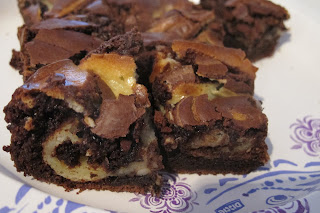 Sometimes I'll lay in bed waiting to fall back asleep.  This morning I couldn't get my mind to relax.  I knew that sleep was out of the question.  I ended up listening to a podcast. 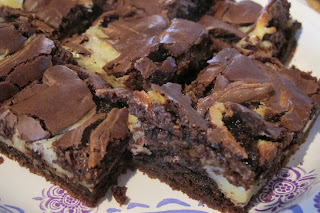 I wouldn't mind getting up earlier if I didn't become tired during the afternoon.  My body needs those thirty minutes of rest.  I have been dragging all day.  On the bright side, I won't have any difficulty falling asleep tonight. 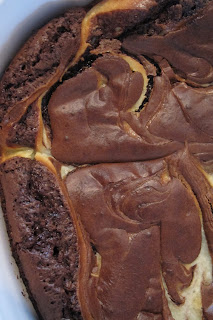 These brownies are marbled with sweetened cream cheese.  In the United States, cream cheese must have at least 33% milk fat.  Cream cheese was first mass produced in 1873 by William A. Lawrence. 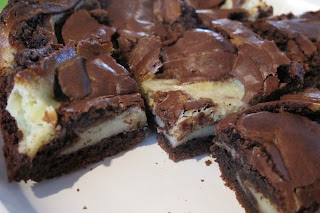 He bought a Neufchatel factory and added cream to the process.  In 1877 he created the first brand of cream cheese.  This brand eventually developed into the Philadelphia cream cheese brand. 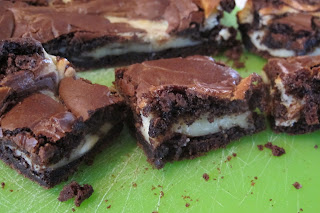 The brownie recipe came from allrecipes.com.  Other than omitting the pecans, I made it as directed. 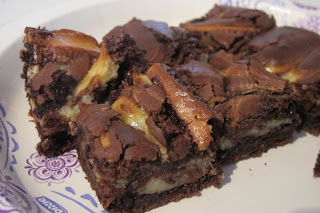 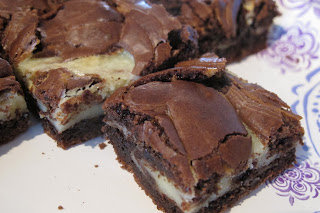 I melted three tablespoons of butter butter and chocolate together.  I set it aside.

I creamed together the remaining two tablespoons of butter and cream cheese. 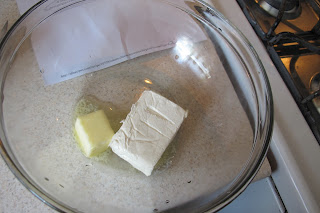 I gradually added the fourth of a cup sugar while mixing. 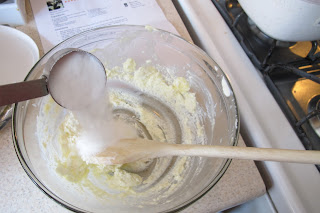 I mixed in one egg and one tablespoon of flour.

I mixed in a half a teaspoon of  vanilla.  I set the cream cheese filling aside. 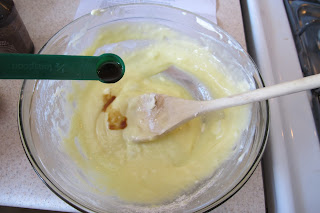 In another bowl, I beat the remaining 2 eggs until they were pale and fluffy.  This took a few minutes by hand. 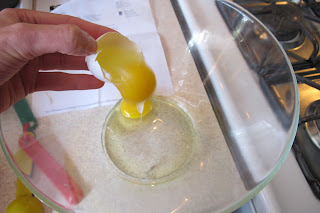 I gradually beat in the three fourth cup sugar.  I continued beating the eggs until the mixture had thickened.

I added the baking powder, salt, and 1/2 cup flour.

I added the beaten egg mixture to the melted and cooled chocolate and butter.

I mixed the brownie batter until there were no pale streaks. 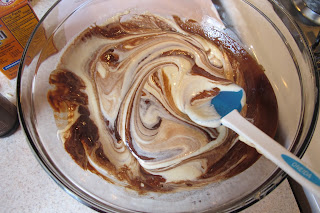 I mixed in a teaspoon of vanilla. 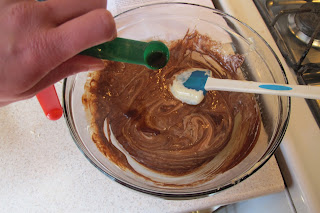 I poured half of the mixture into a eight in square dish that I had lined with parchment paper and greased. 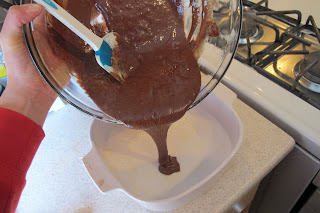 I poured the cream cheese filling evenly over the brownie batter.

I dolloped tablespoon sized scoops of the remaining brownie batter on top of the cream cheese filling.

I used a butterknife to cut through the batter to create a marbled effect. 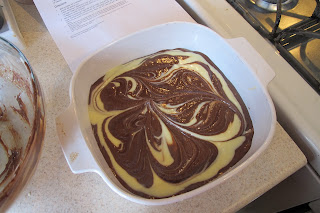 I baked the brownies for 40 minutes at 350 degrees.

I let the brownies cool completely before removing them from the pan. 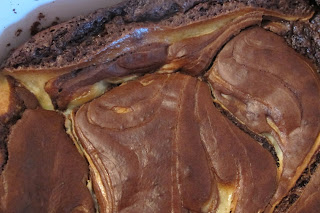 I sliced the brownies into manageable sized squares.

These brownies were decadent, rich, and chocolatey. 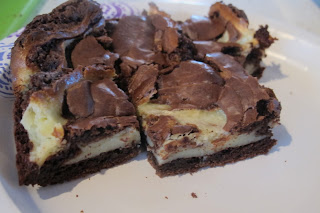 The cream cheese filling was creamy, sweet, and tart. 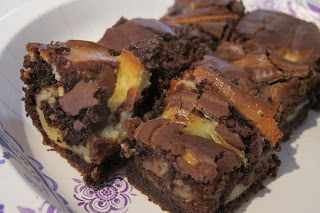 The brownies were tender, dense and chewy. 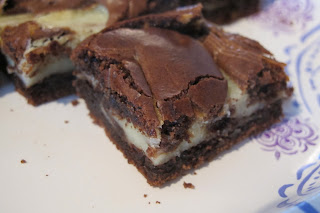 I like a fudge-like brownie, and these fit the bill. 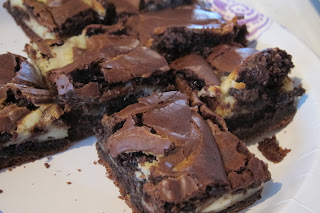 The edges were crunch and crackly. 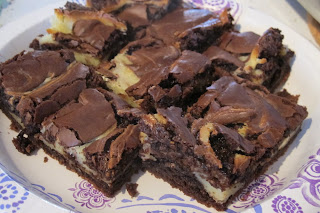 These were  luxurious and satisfying brownies.  I ate them with gusto.