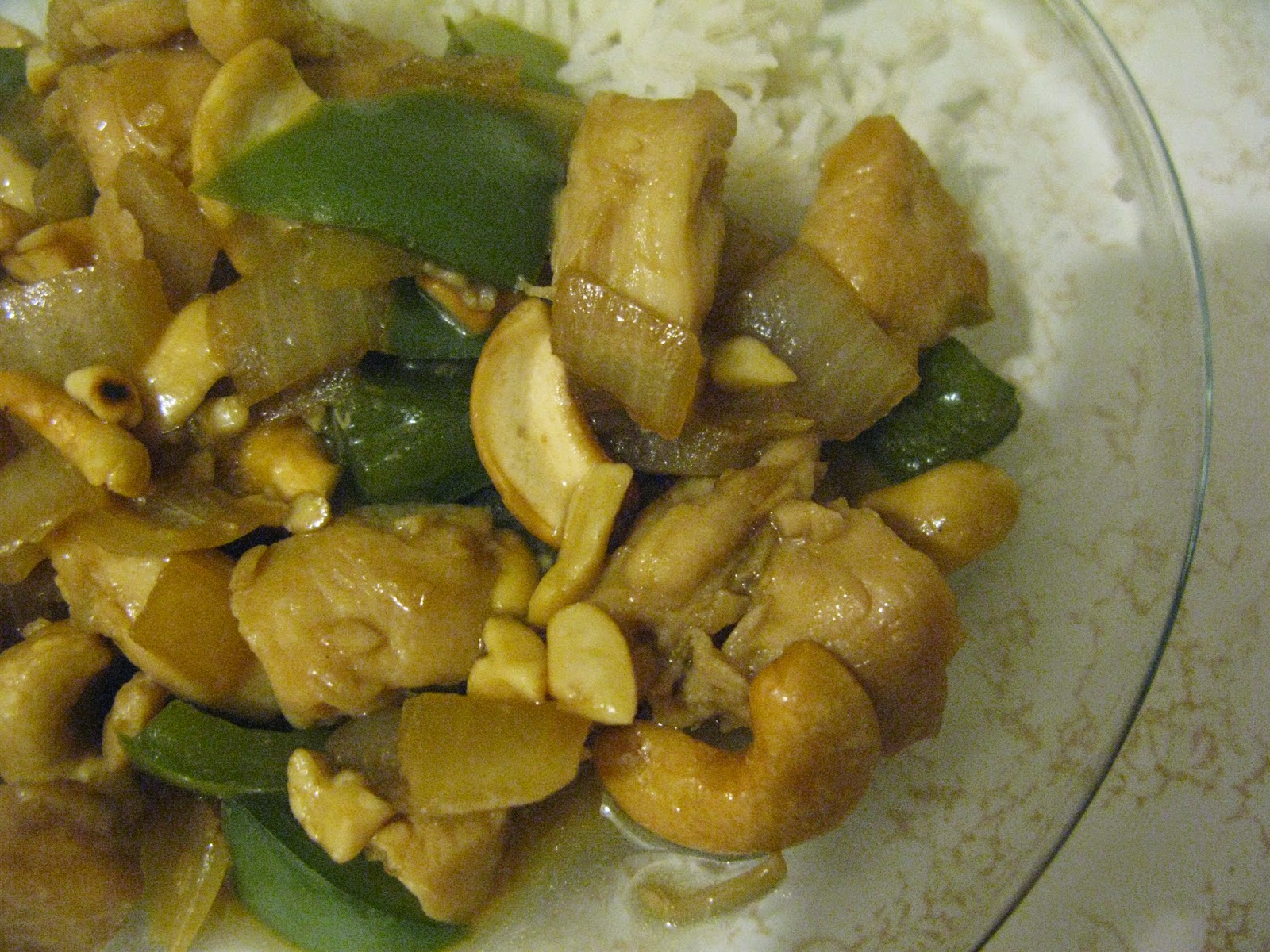 I'm trying to downsize for an upcoming move, so I'm going through my stuff.  I want to get ride of papers that I have accumulated and cloths I never wear. 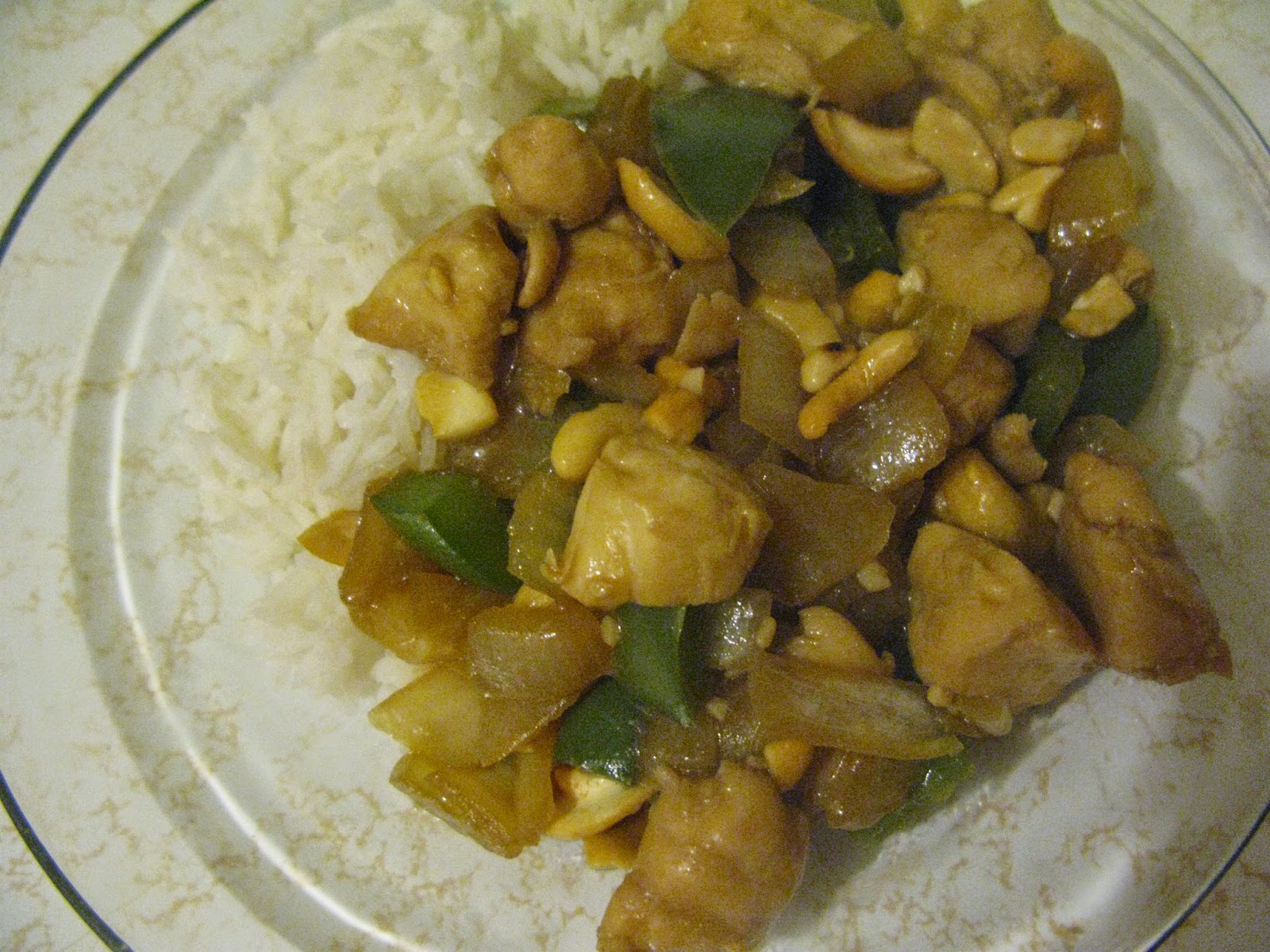 I'm going through my food too.  I have two small shelfs in the kitchen for pantry goods, and I share a fridge.  Despite my limited space, I have two bags of dried apricots, two bottles of soy sauce, and two bottles of corn syrup. 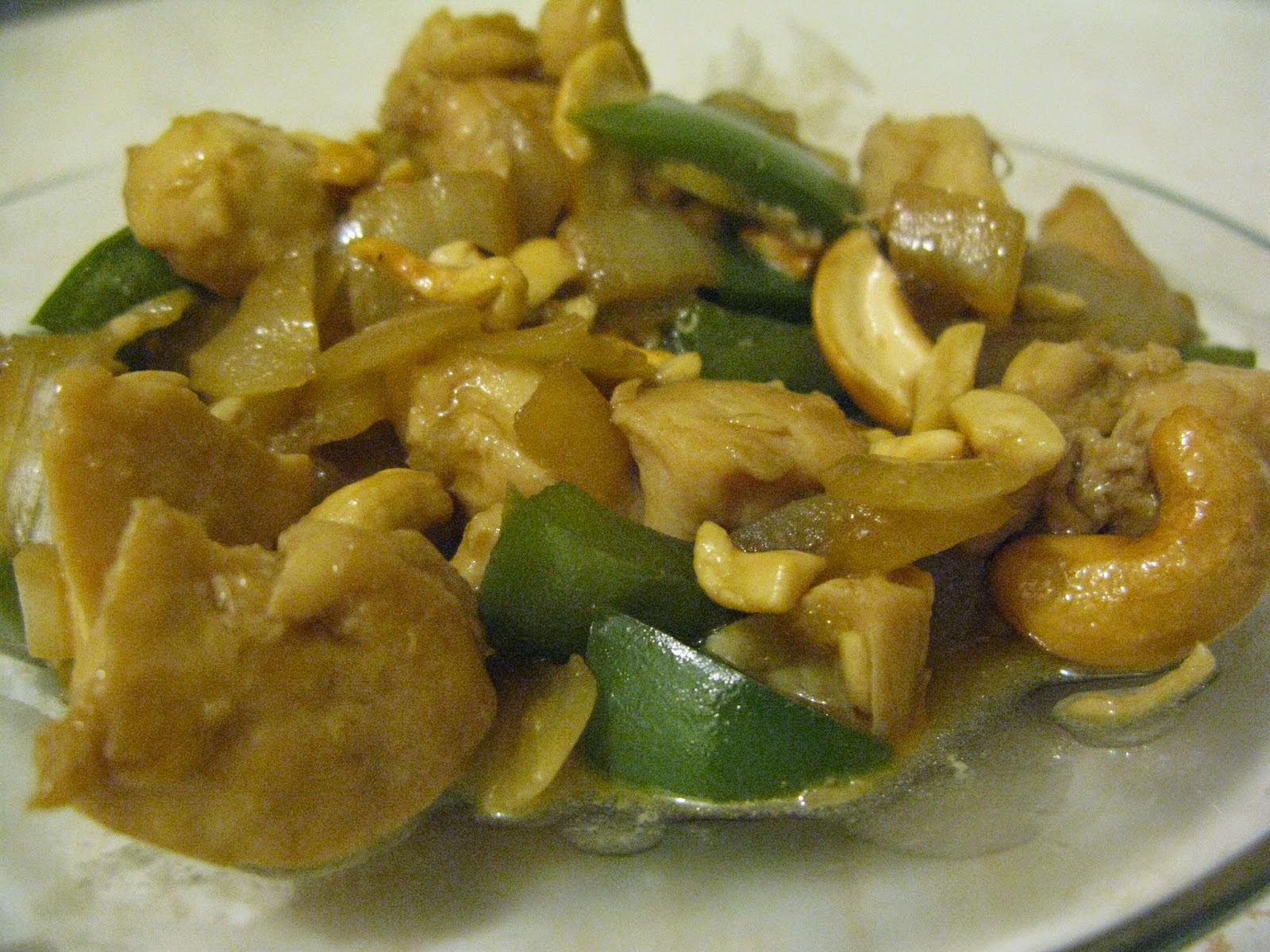 I haven't used the corn syrup in over a year.  Do you think it's still good?  It seems like one of those things that have a long shelf-life. 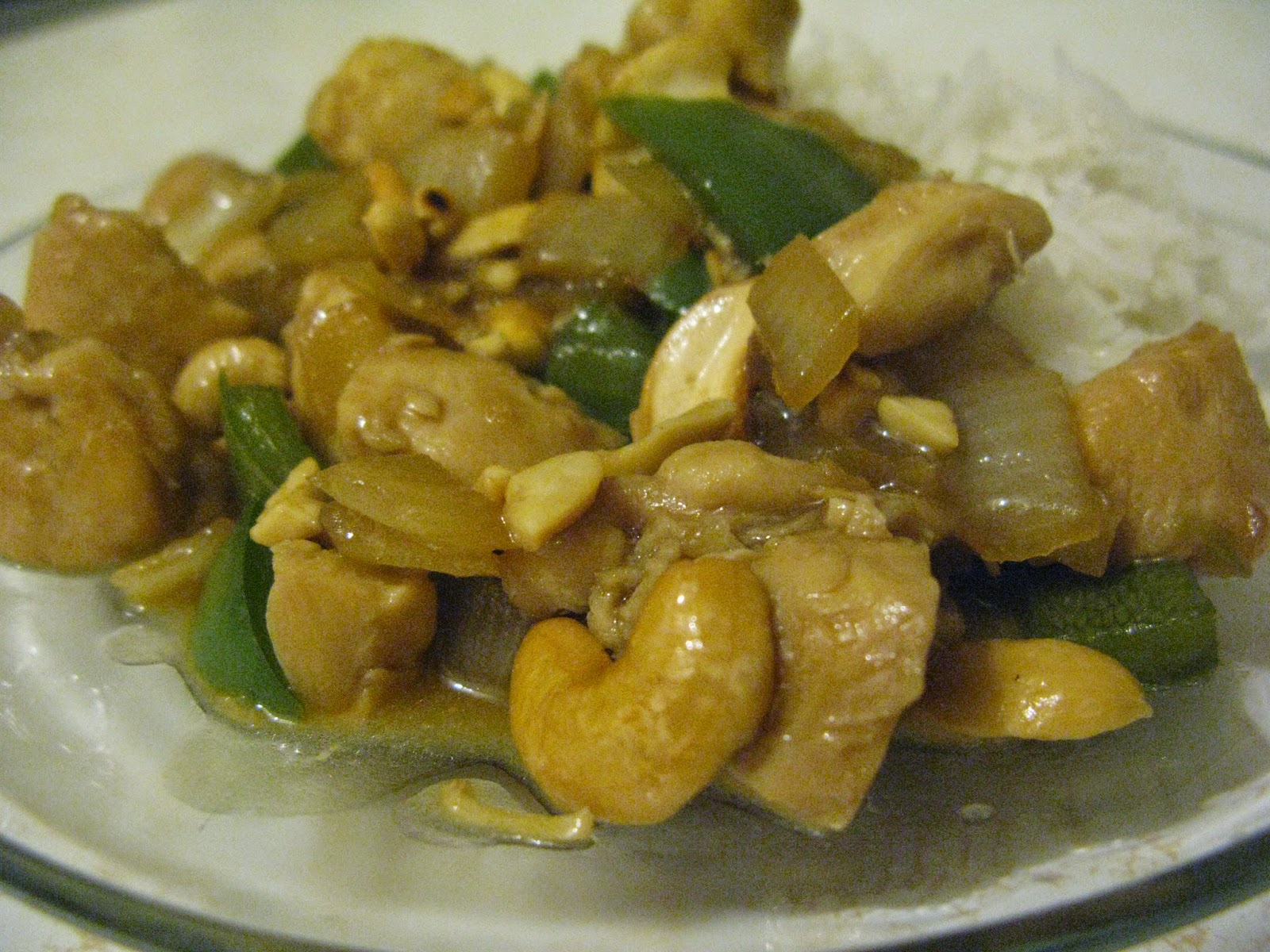 This recipe came from a book called The Chinese Takeout Cookbook.  I borrowed it from the library.  This is the first of four recipes I made, and they have all been delicious. 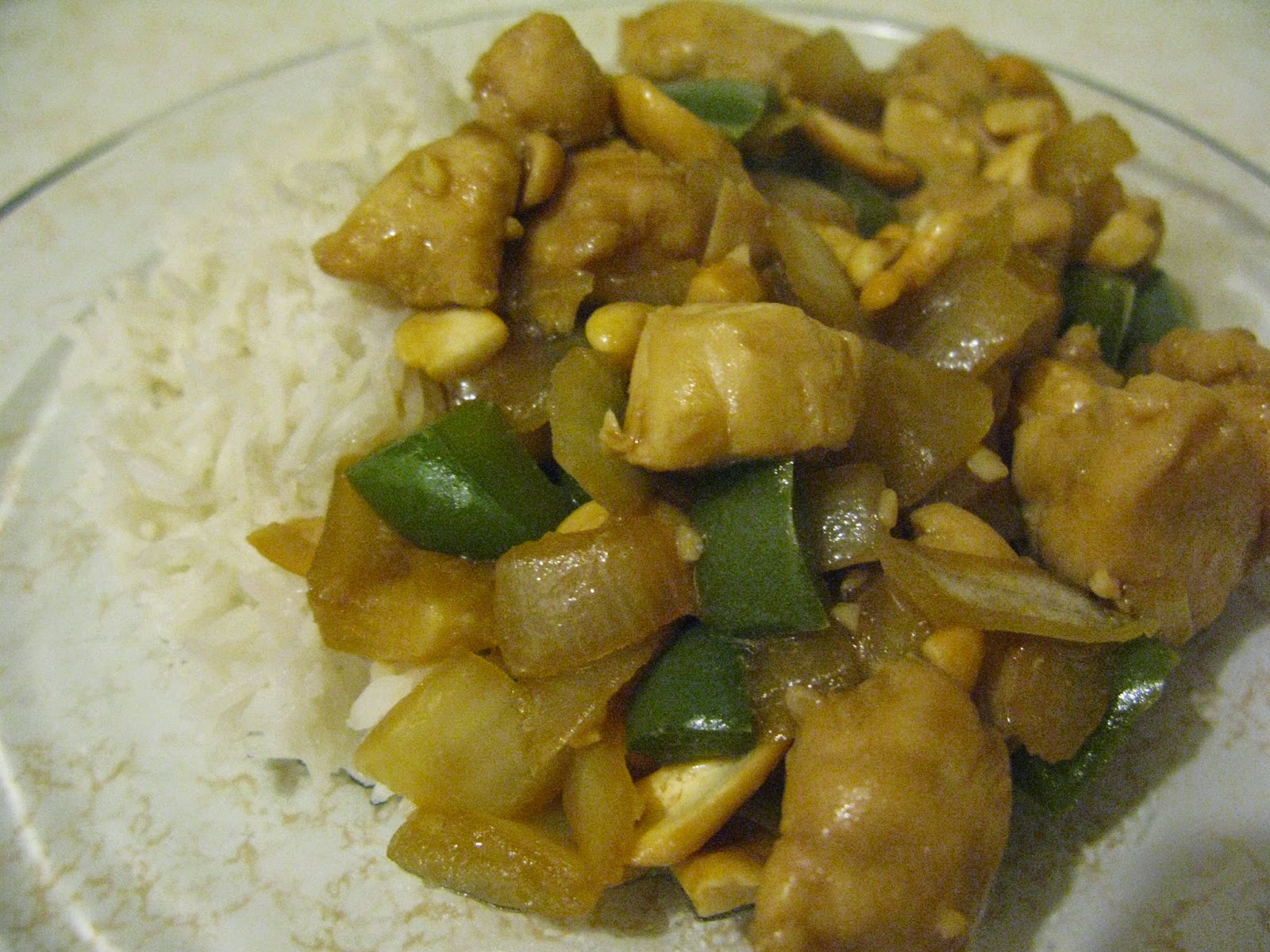 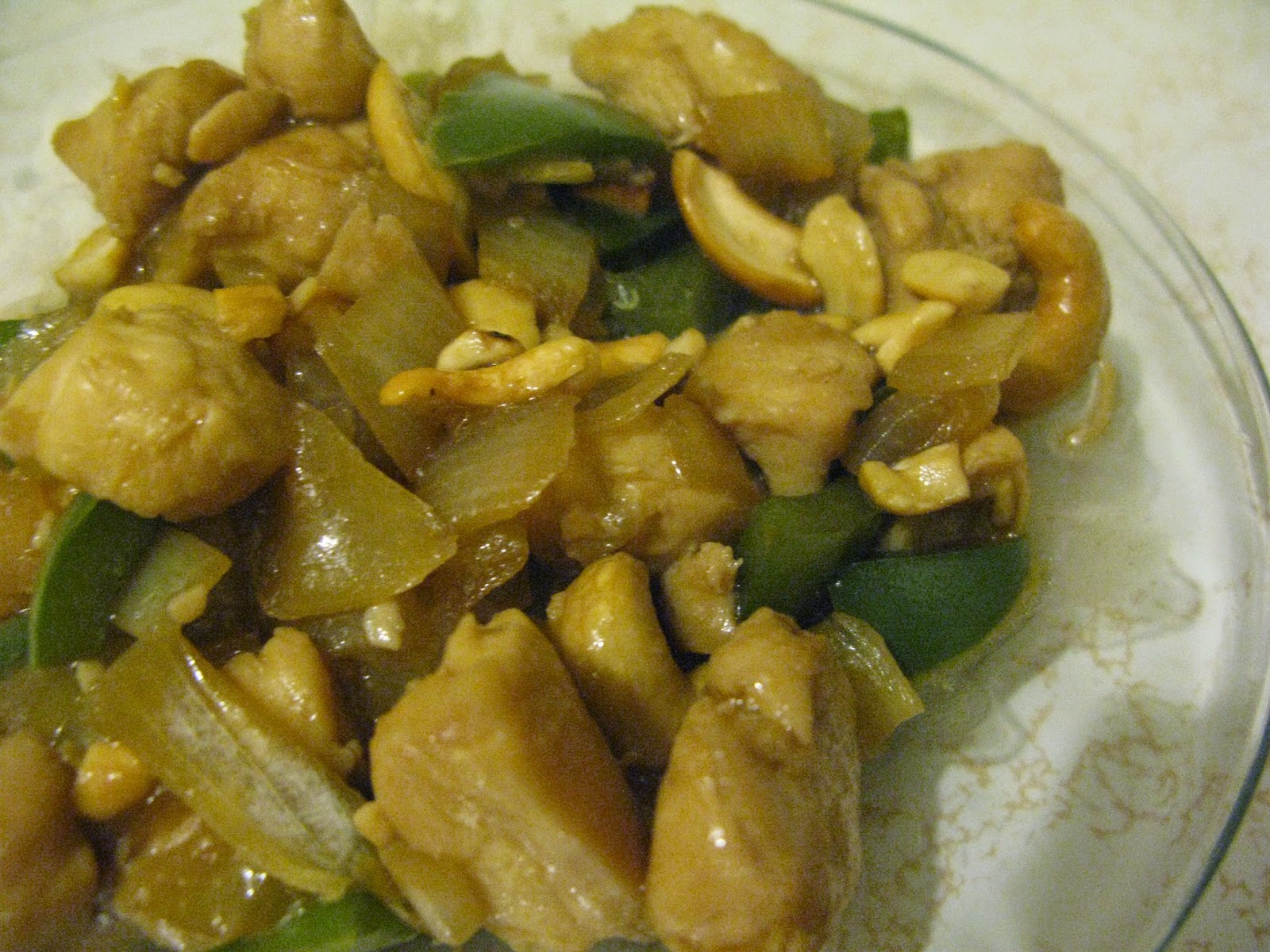 From the cookbook, I learned that dark soy sauce is aged longer than regular soy sauce.  Molasses is added to dark soy sauce at the end of the processing.  That makes it more sweet and less salty than the regular version. 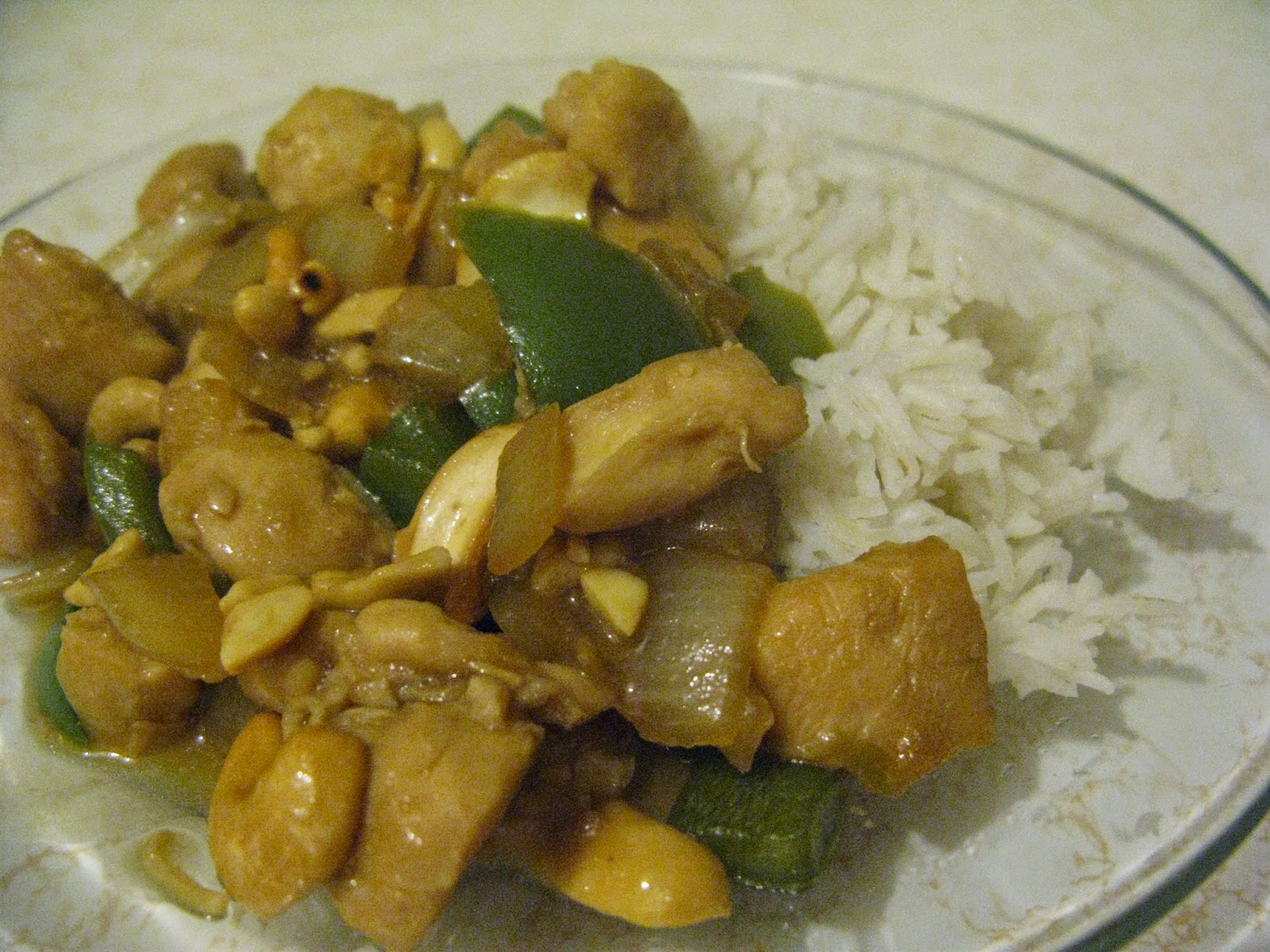 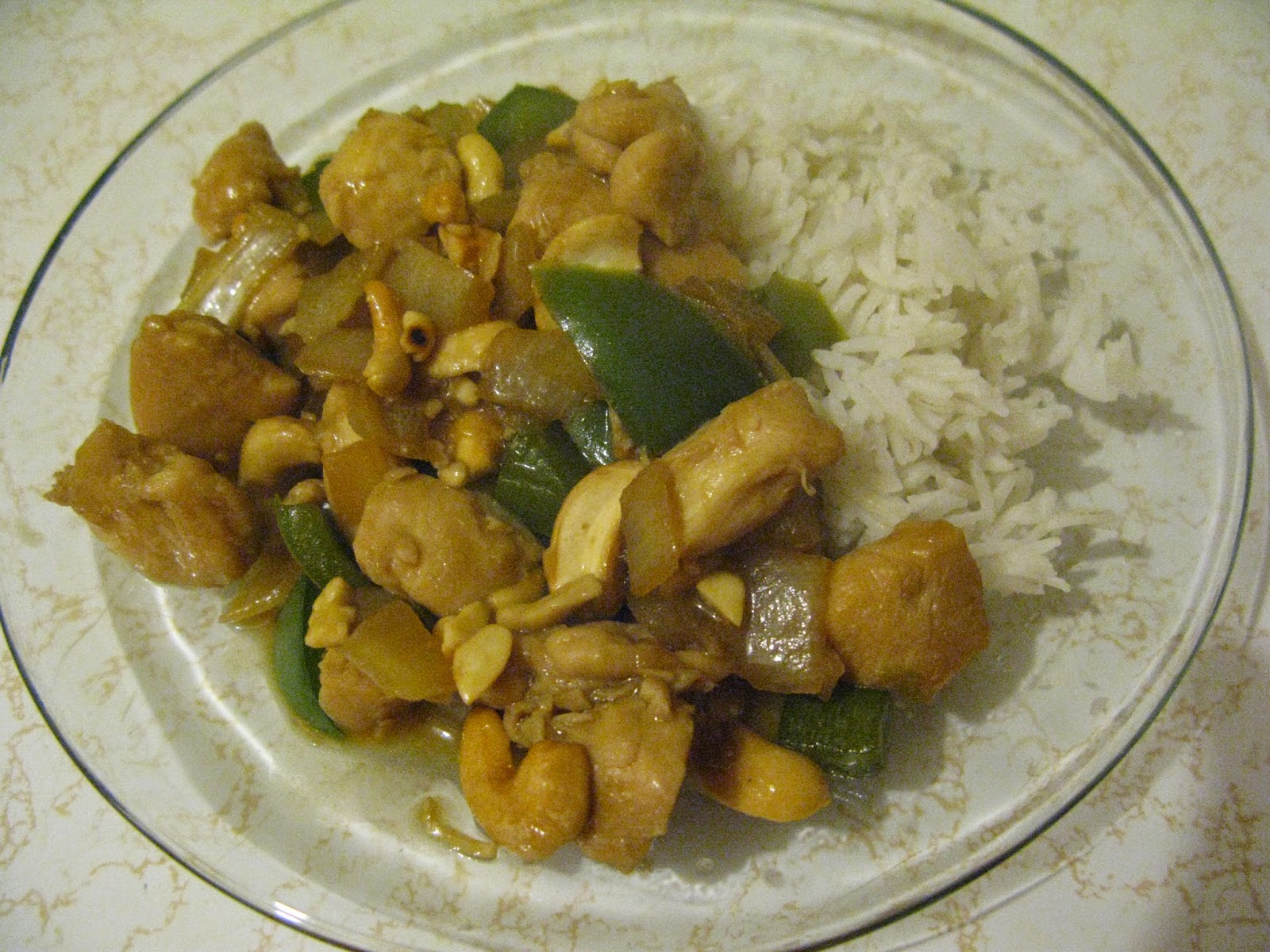 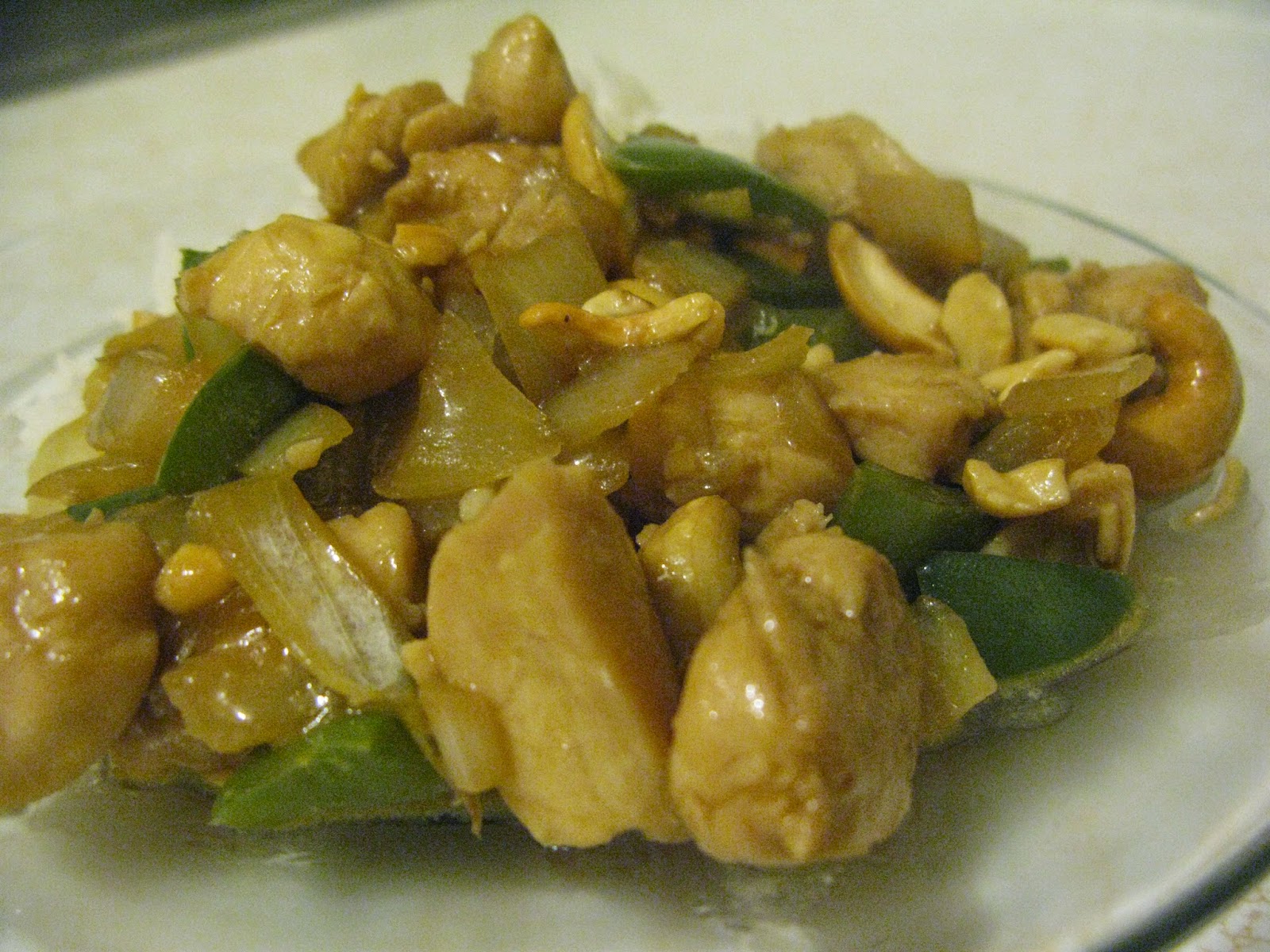 I combined the ingredients for the marinade.  The ingredients are cornstarch, soy sauce, rice wine, and the chicken cut into 1 inch cubes.  The chicken marinaded for ten minutes. 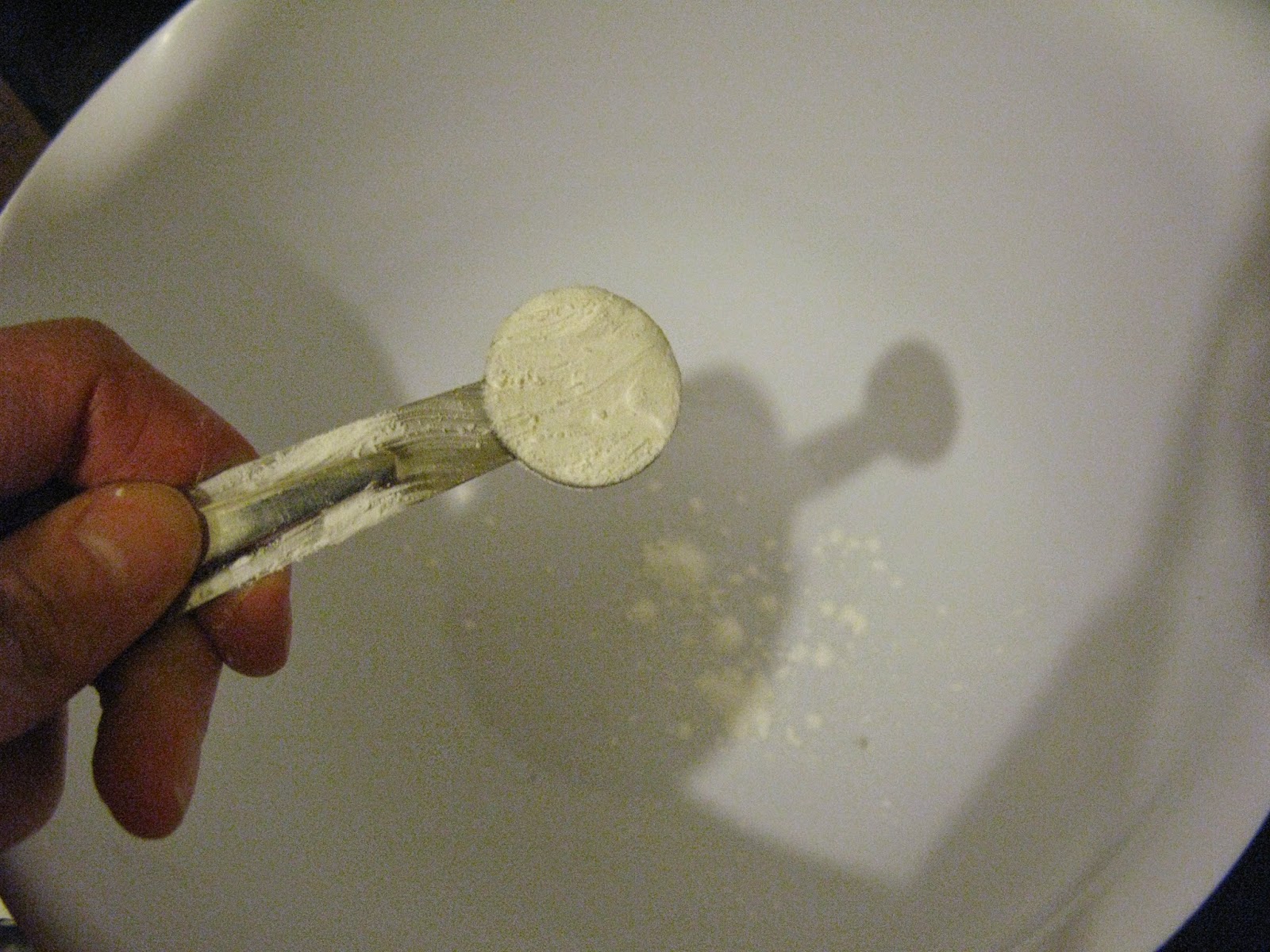 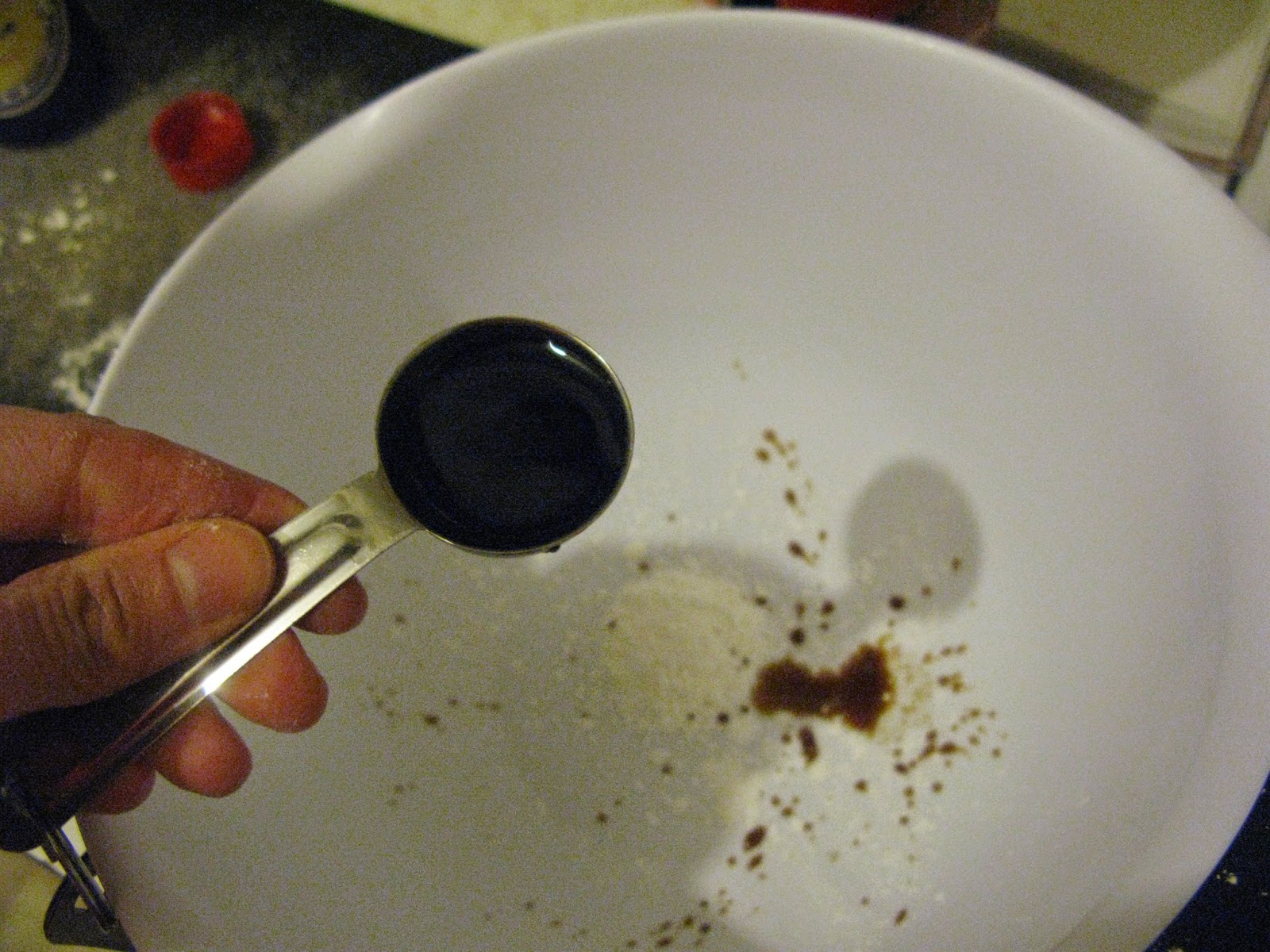 While the chicken marinated, I prepared the sauce.  I stirred the soy sauce, rice wine, oyster sauce, and sesame oil together. 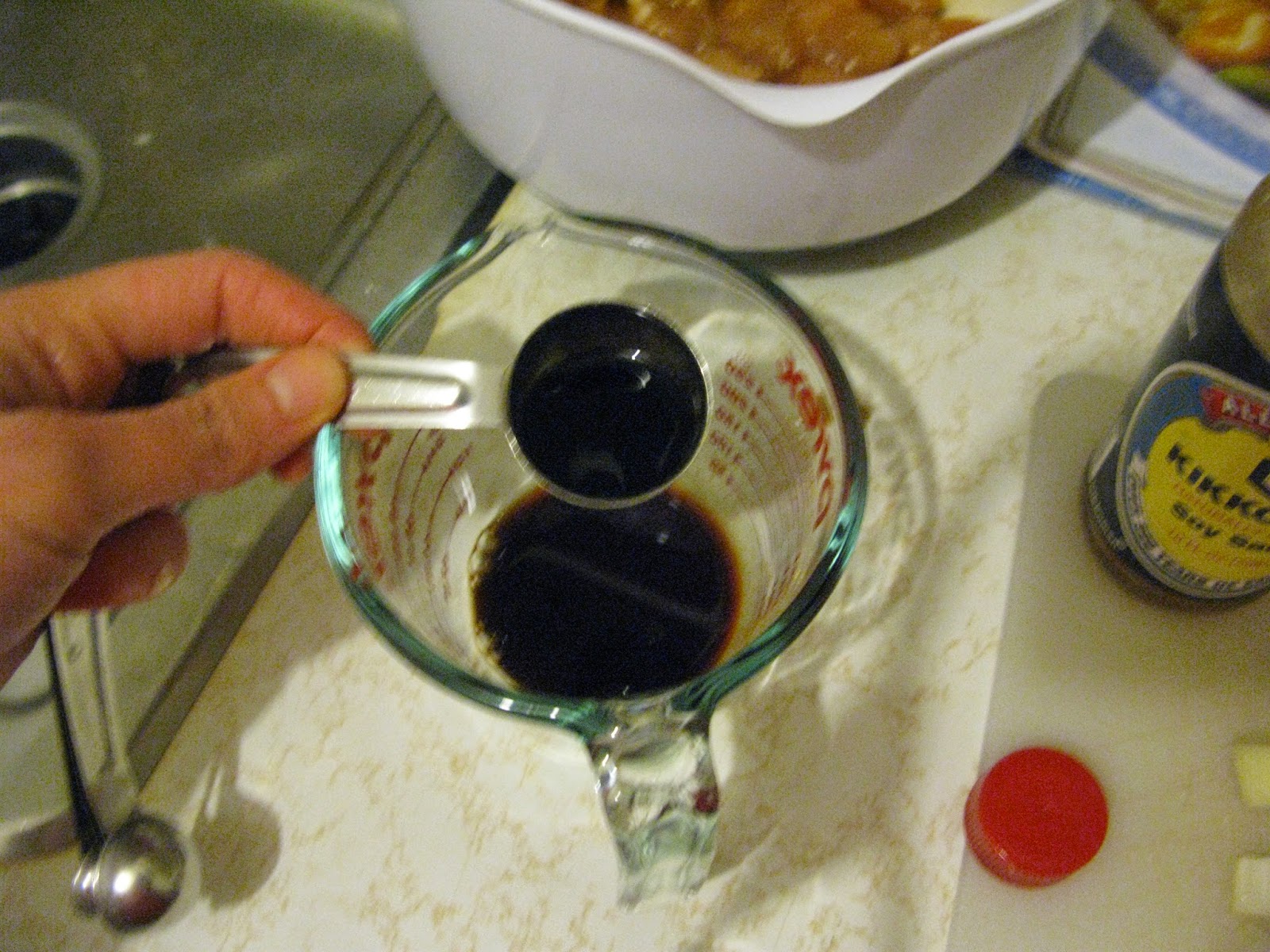 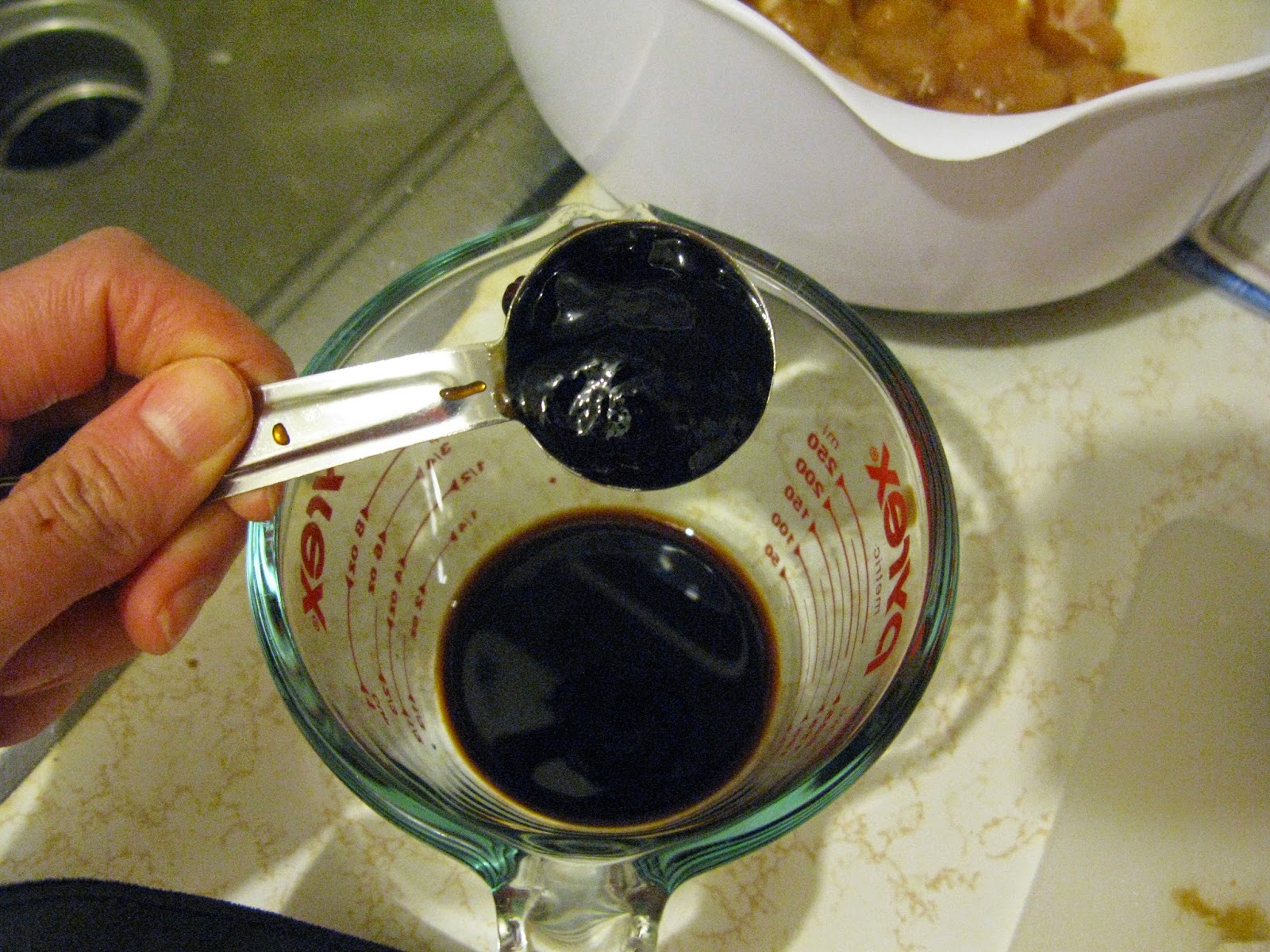 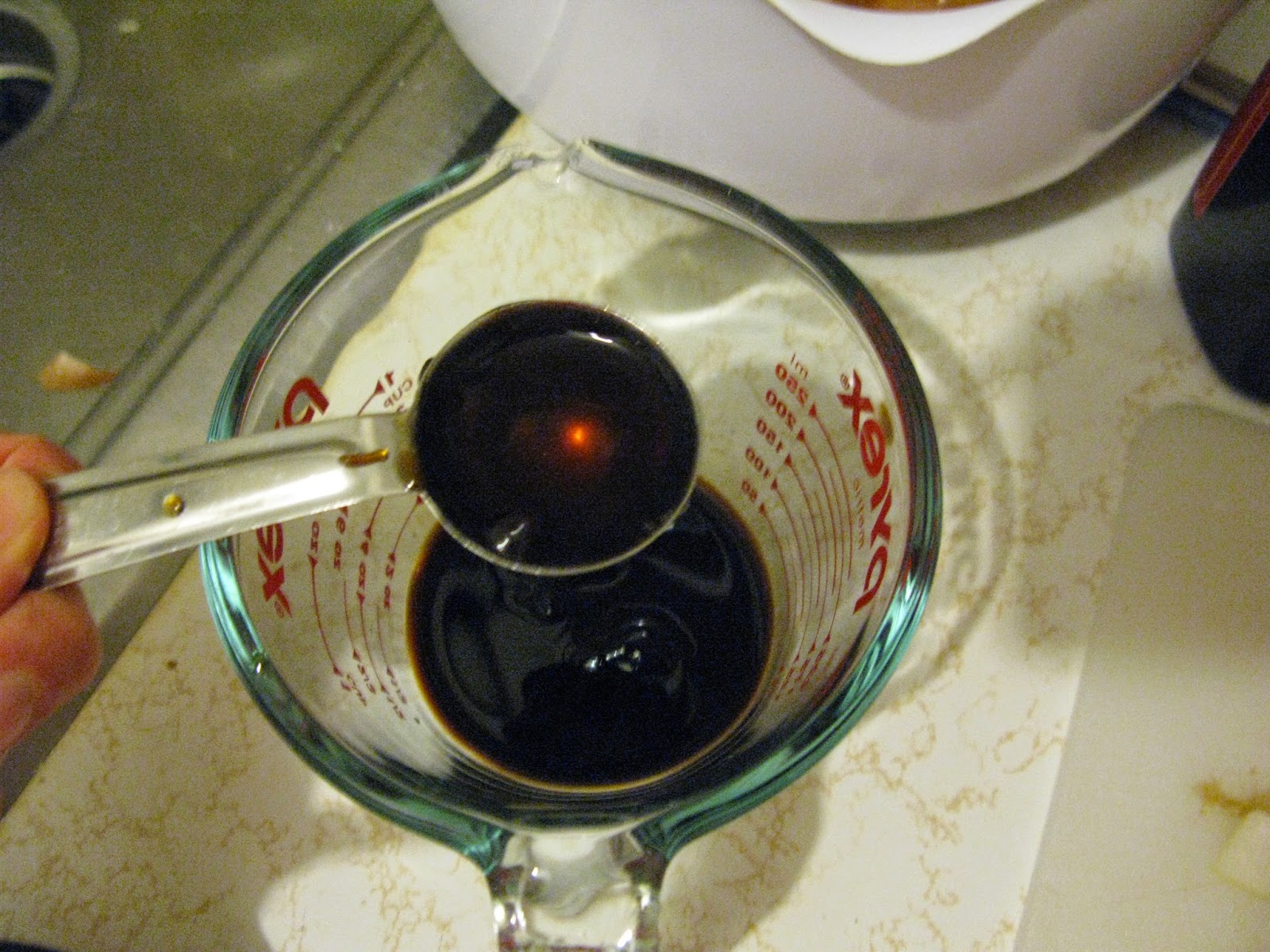 I added the vegetable oil to a warm skillet placed over medium high heat.  I added the minced garlic and stirred it until it was fragrant.  This took 20 seconds.  I added the marinated chicken.  I cooked the chicken until the outside was brown.  The center was not fully cooked.  This took about two minutes. 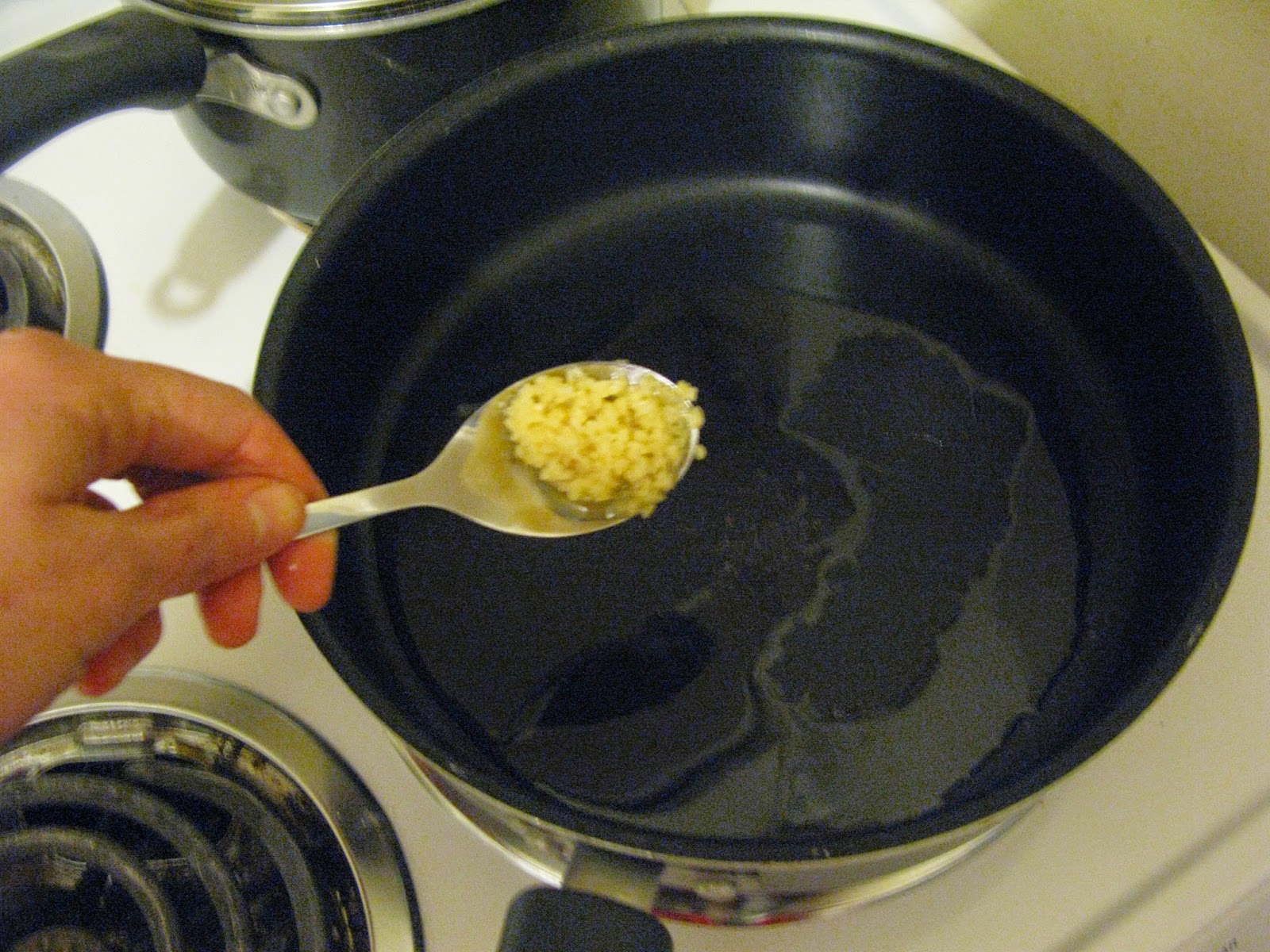 I added the chopped onion and green pepper.  I continued to stir fry the ingredients until the the onions had softened, which took about two minutes. 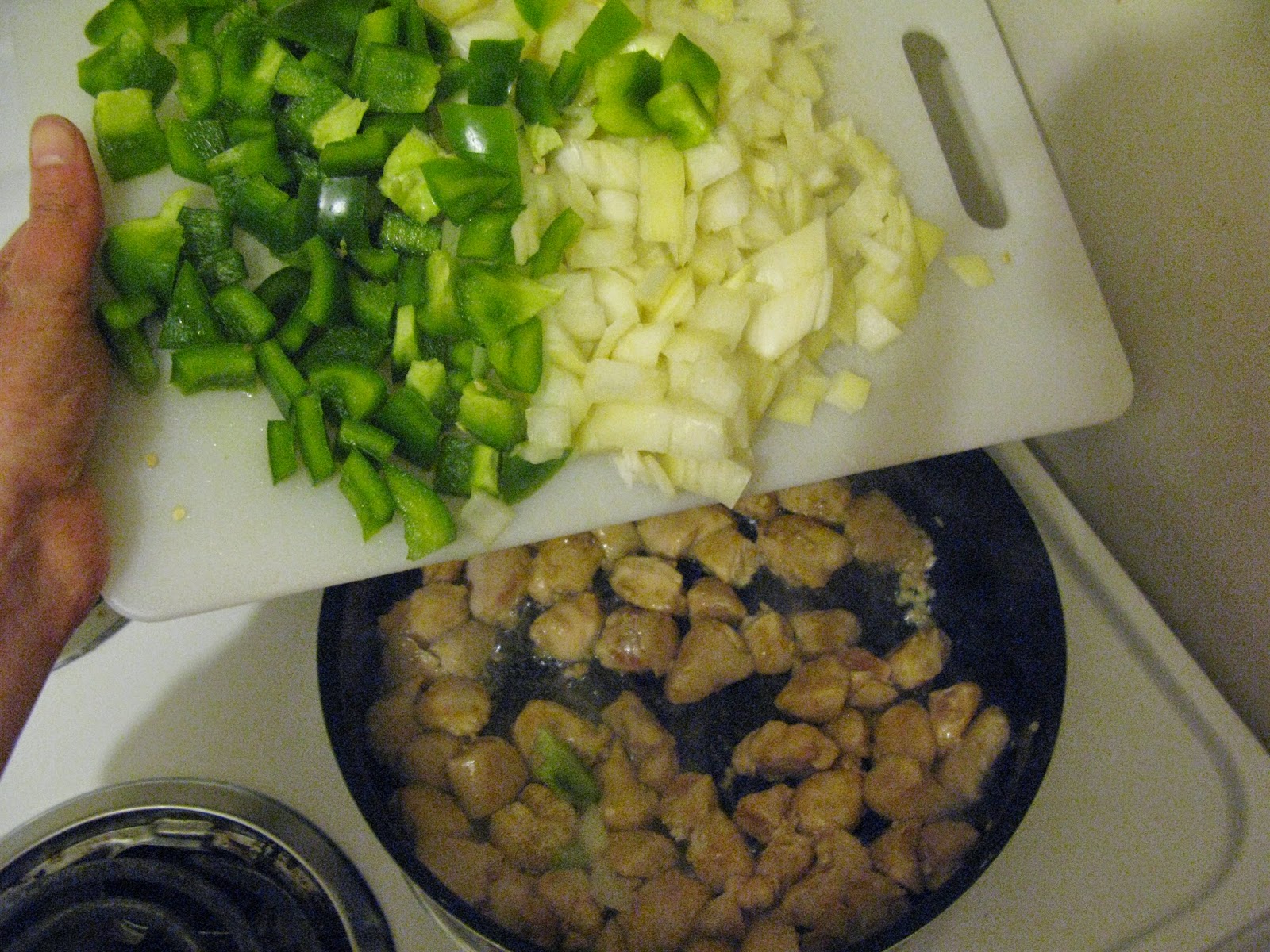 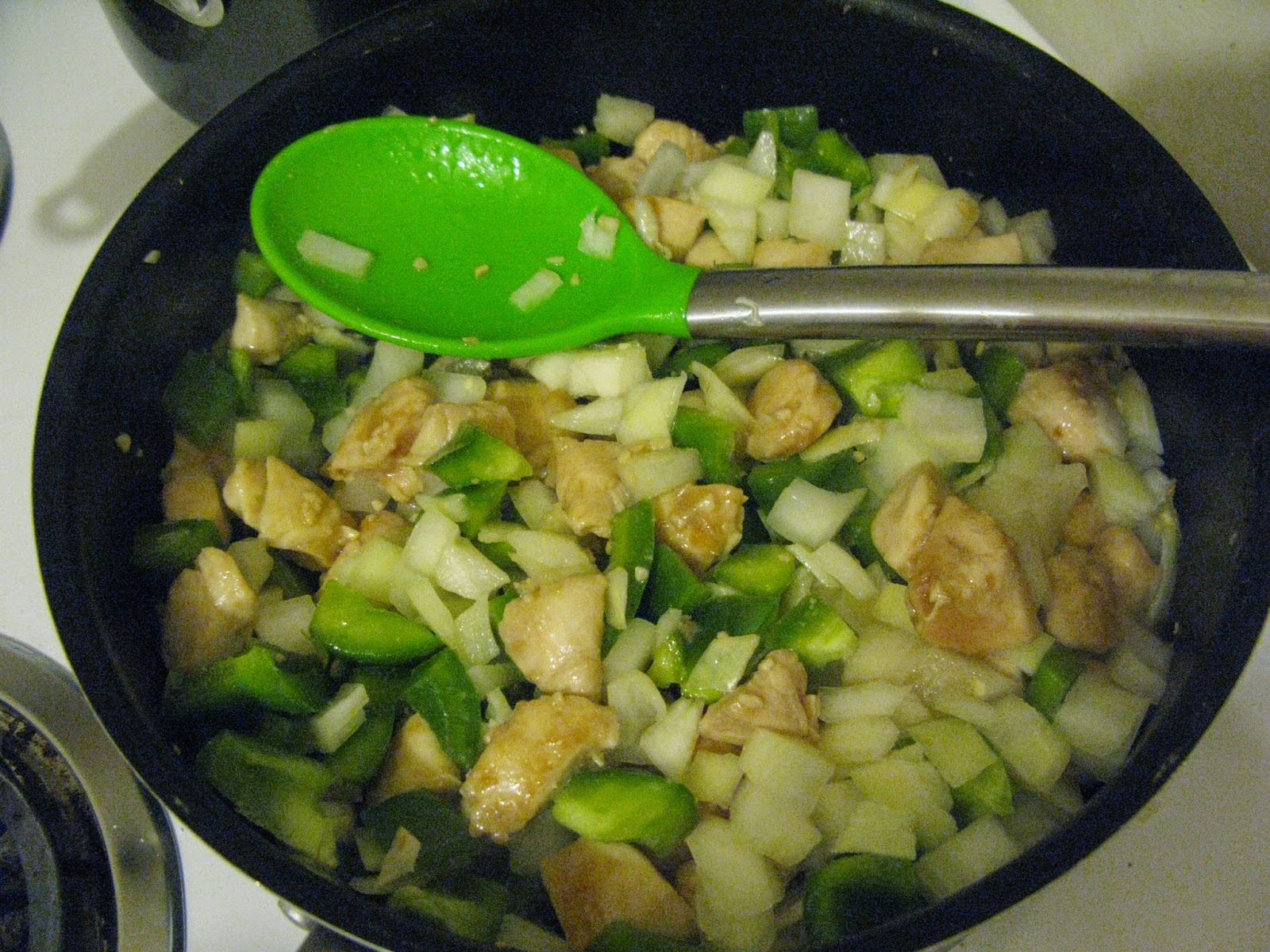 I added the sauce mixture into the skillet and simmered the ingredients for two more minutes.  The chicken cooks through completely in the sauce. 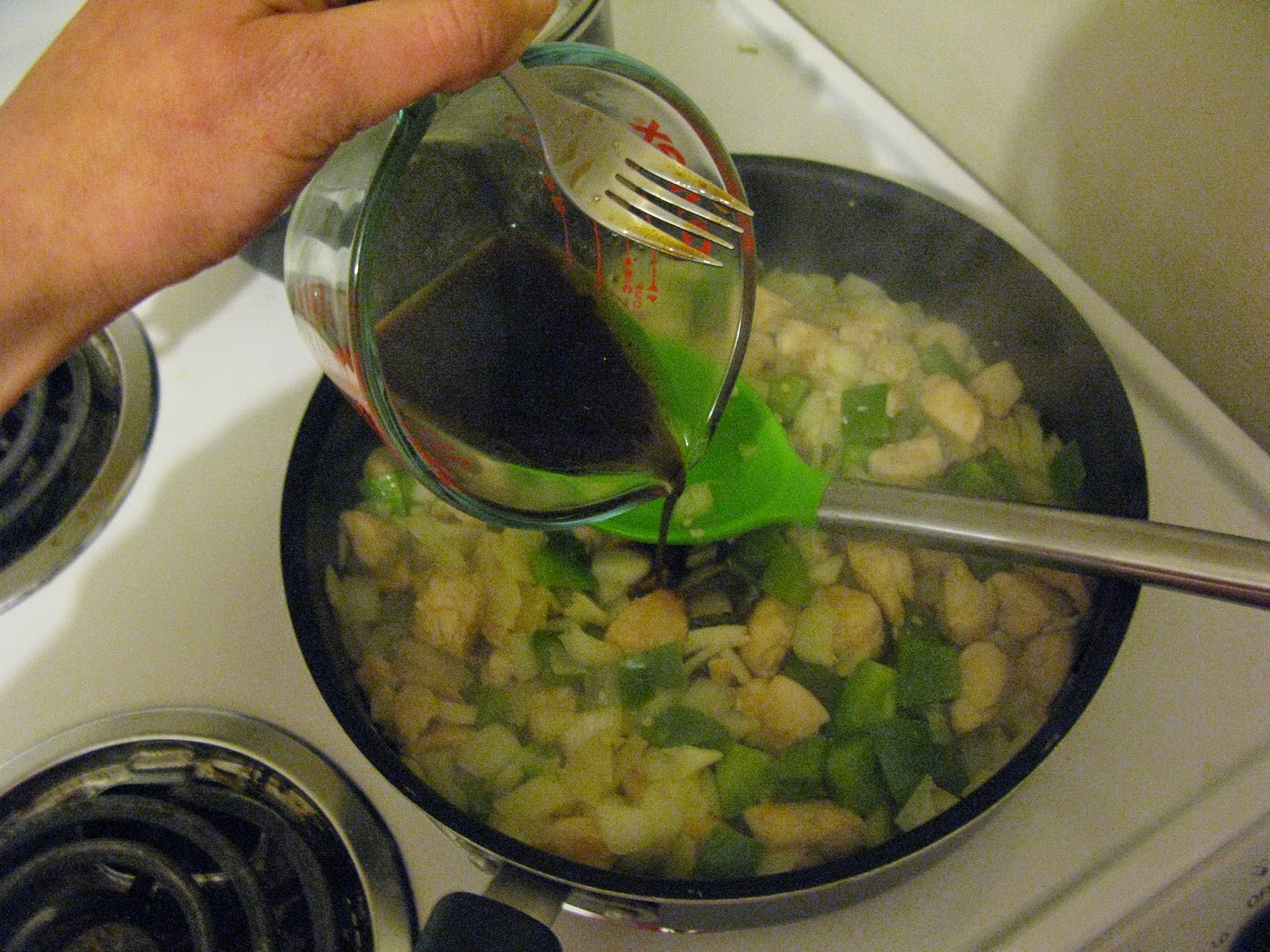 Once the chicken was fully cooked, I stirred in the cashews. 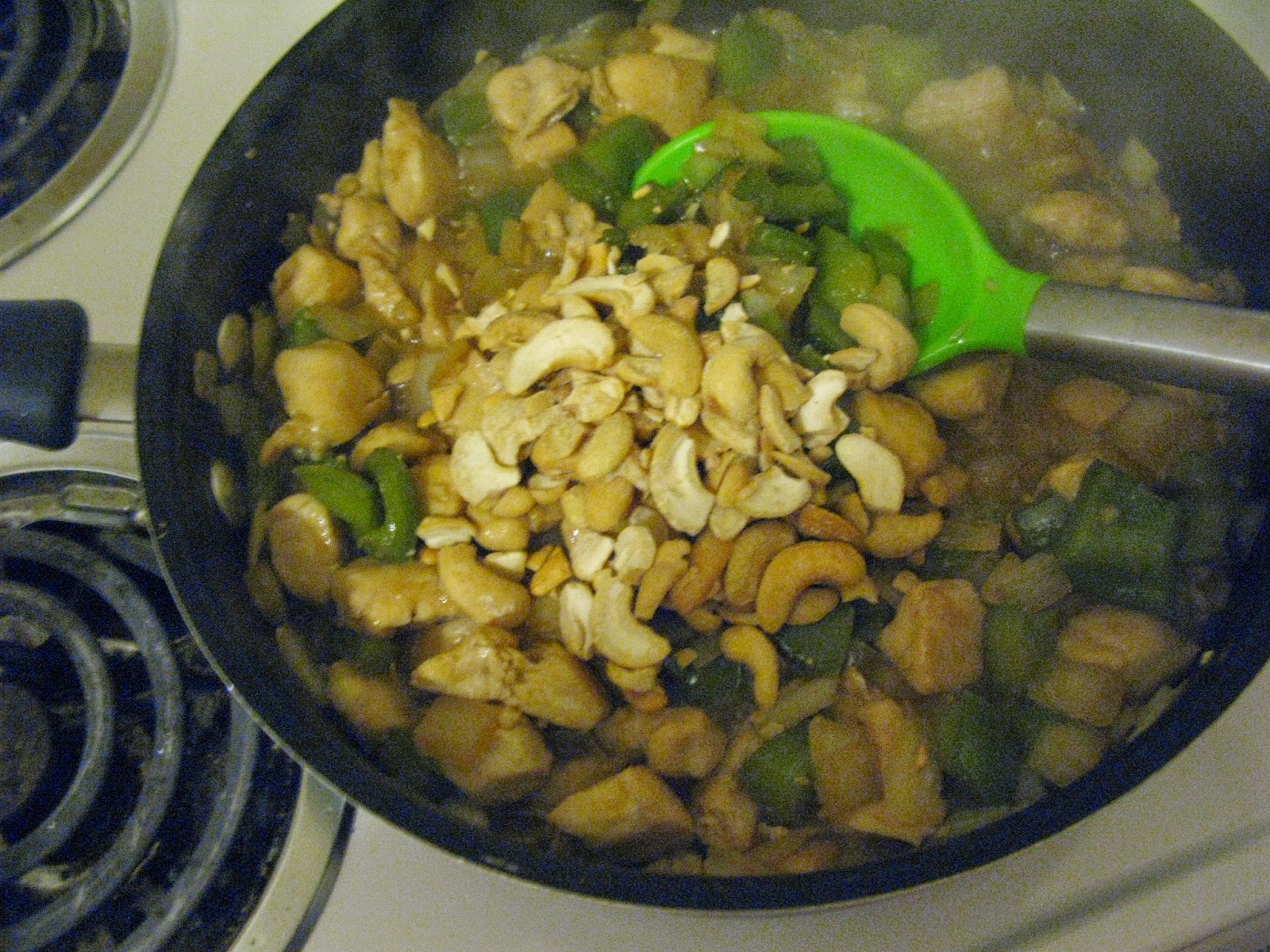 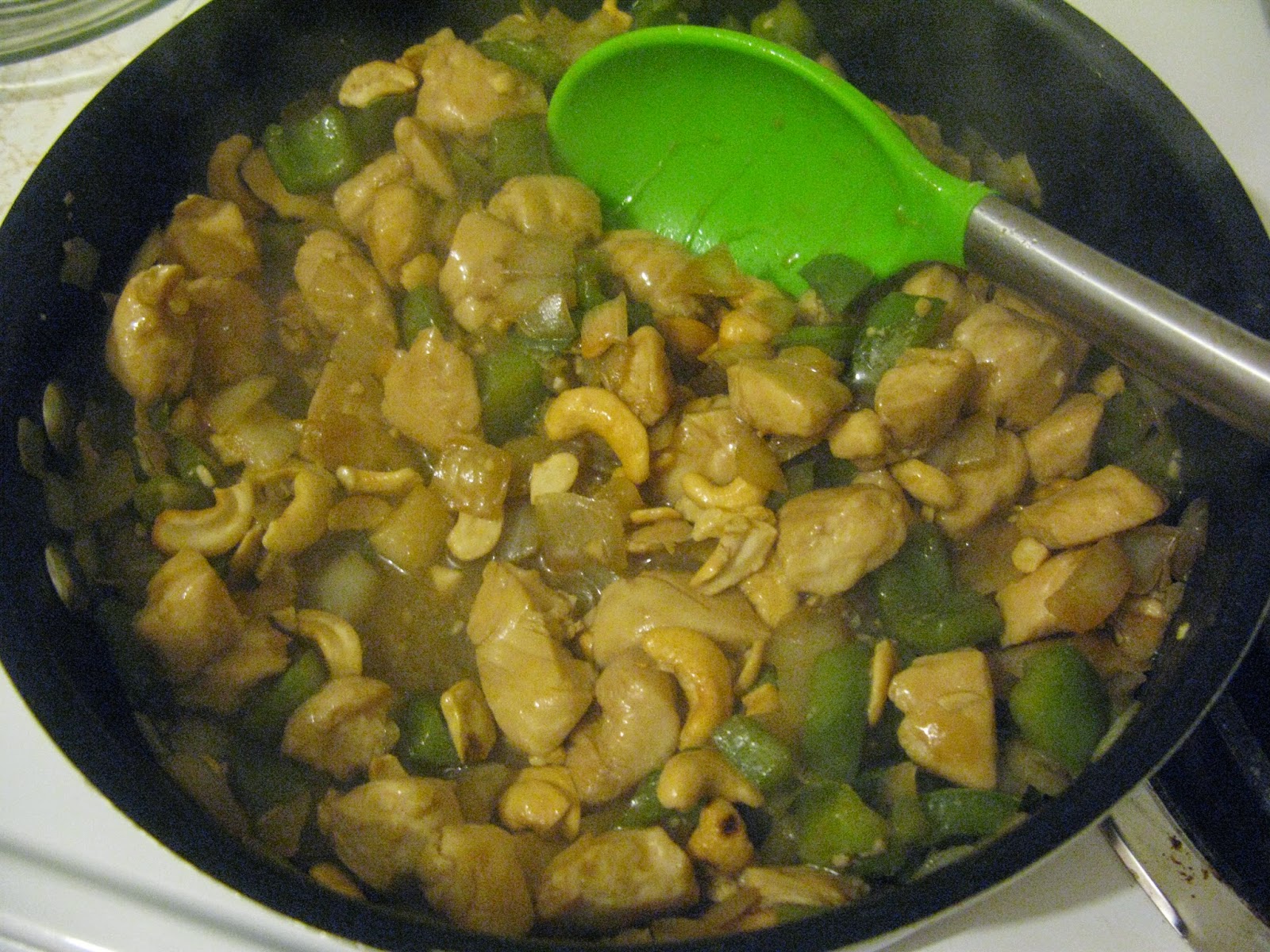 This may not be an authentic Chinese dish, but it was savory and enticing. 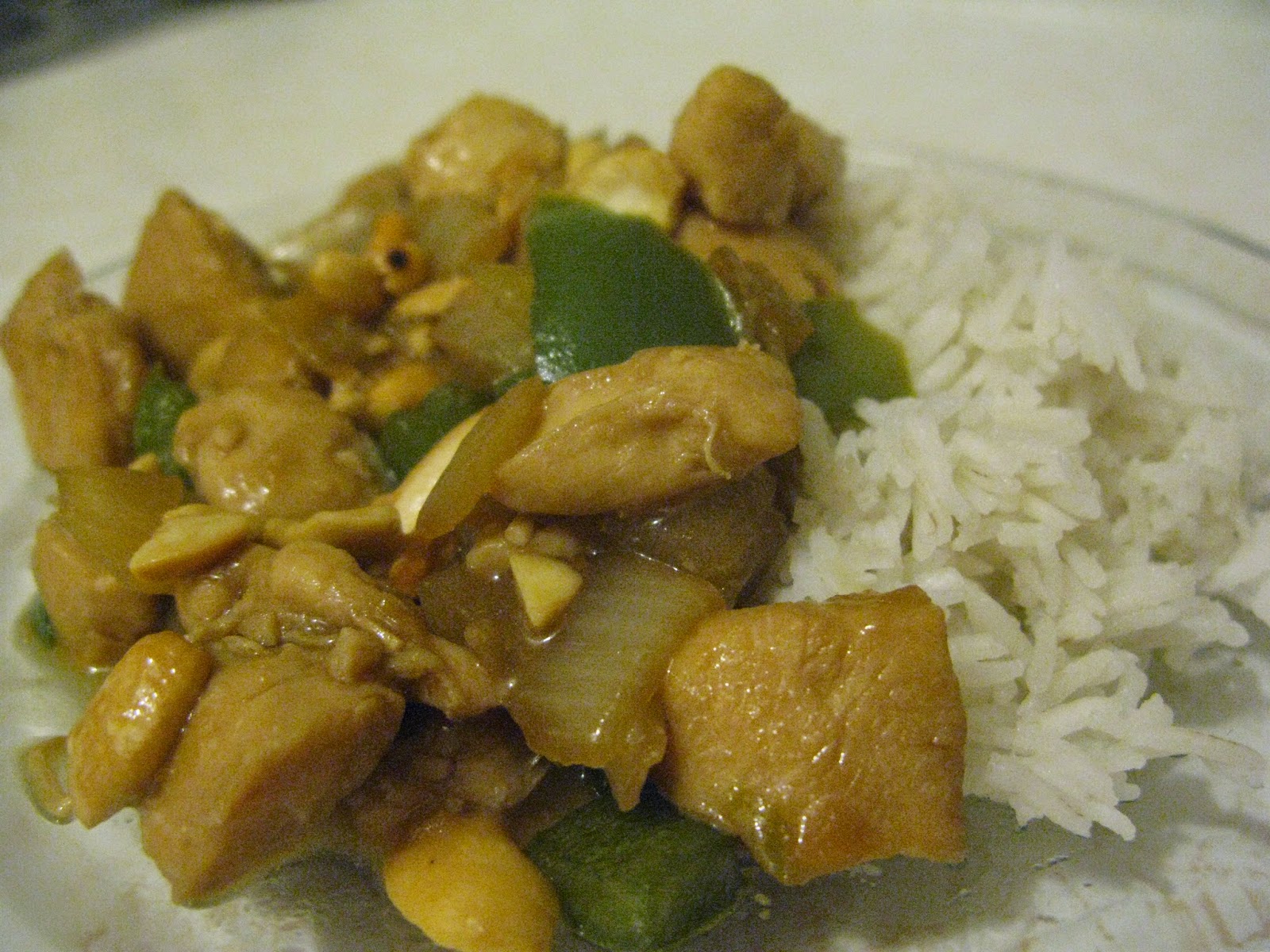 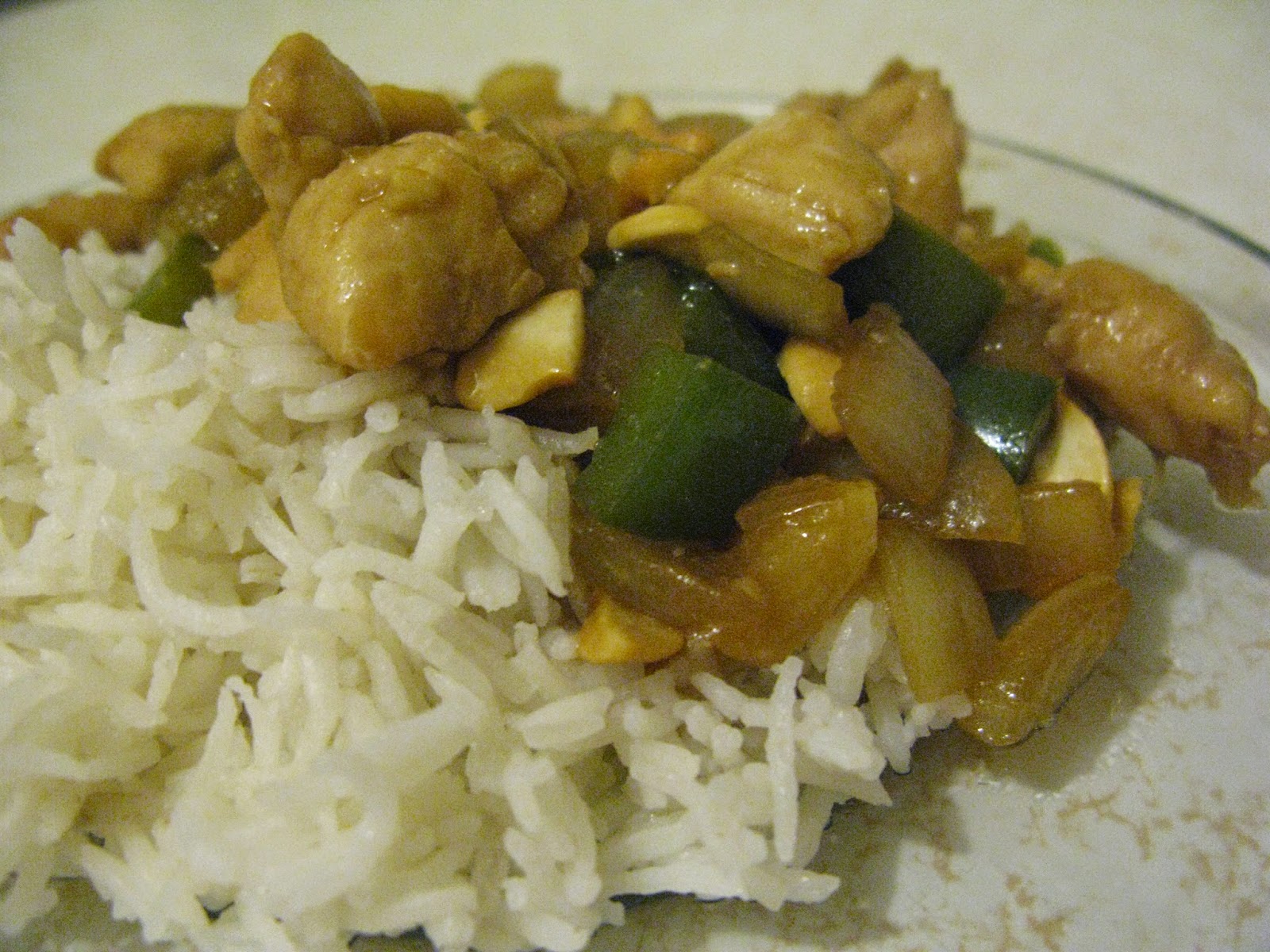 The deep, salty flavors were mouthwatering. 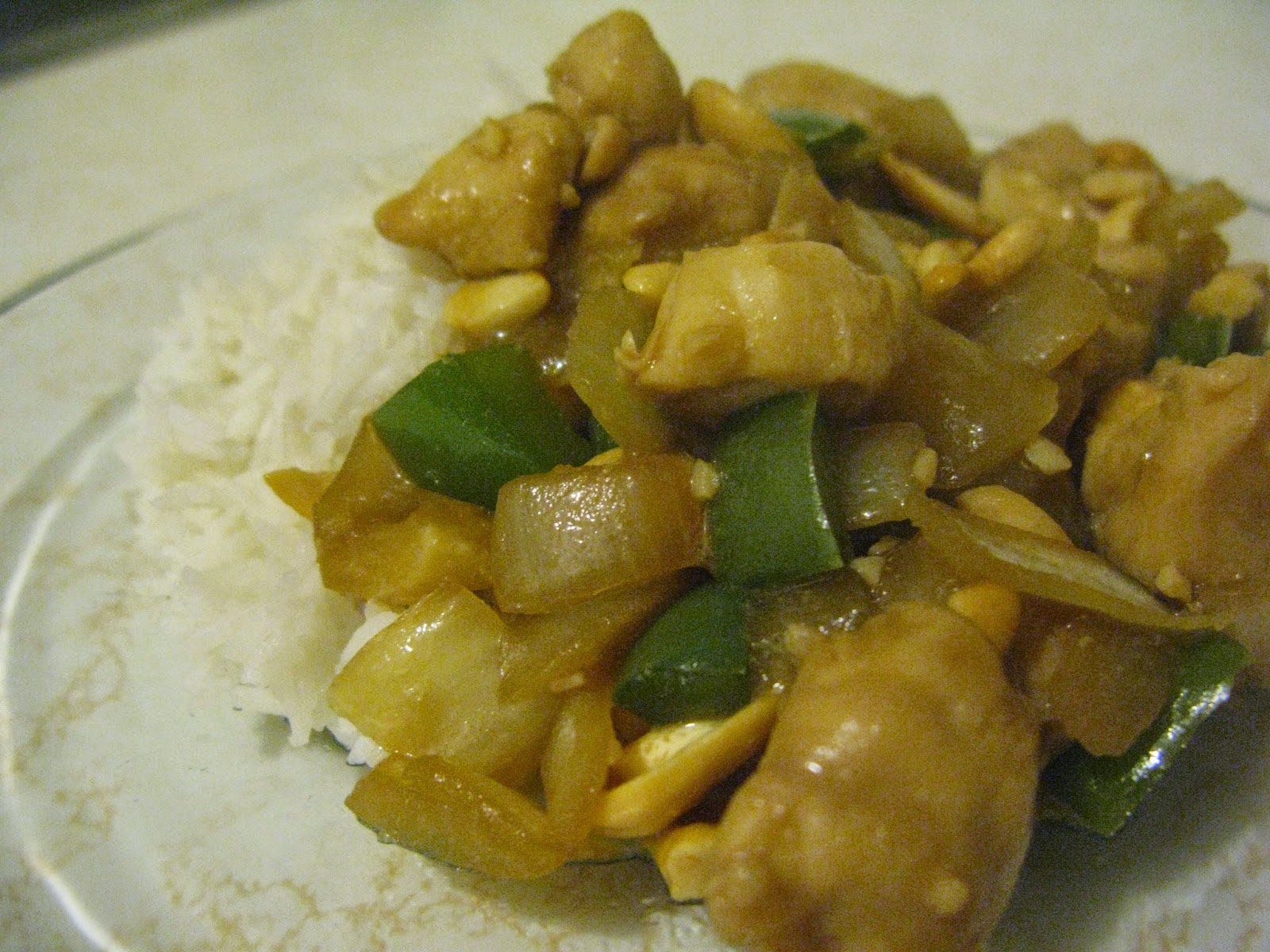 The crunchy cashews were a nice contrast to the rest of the dish. 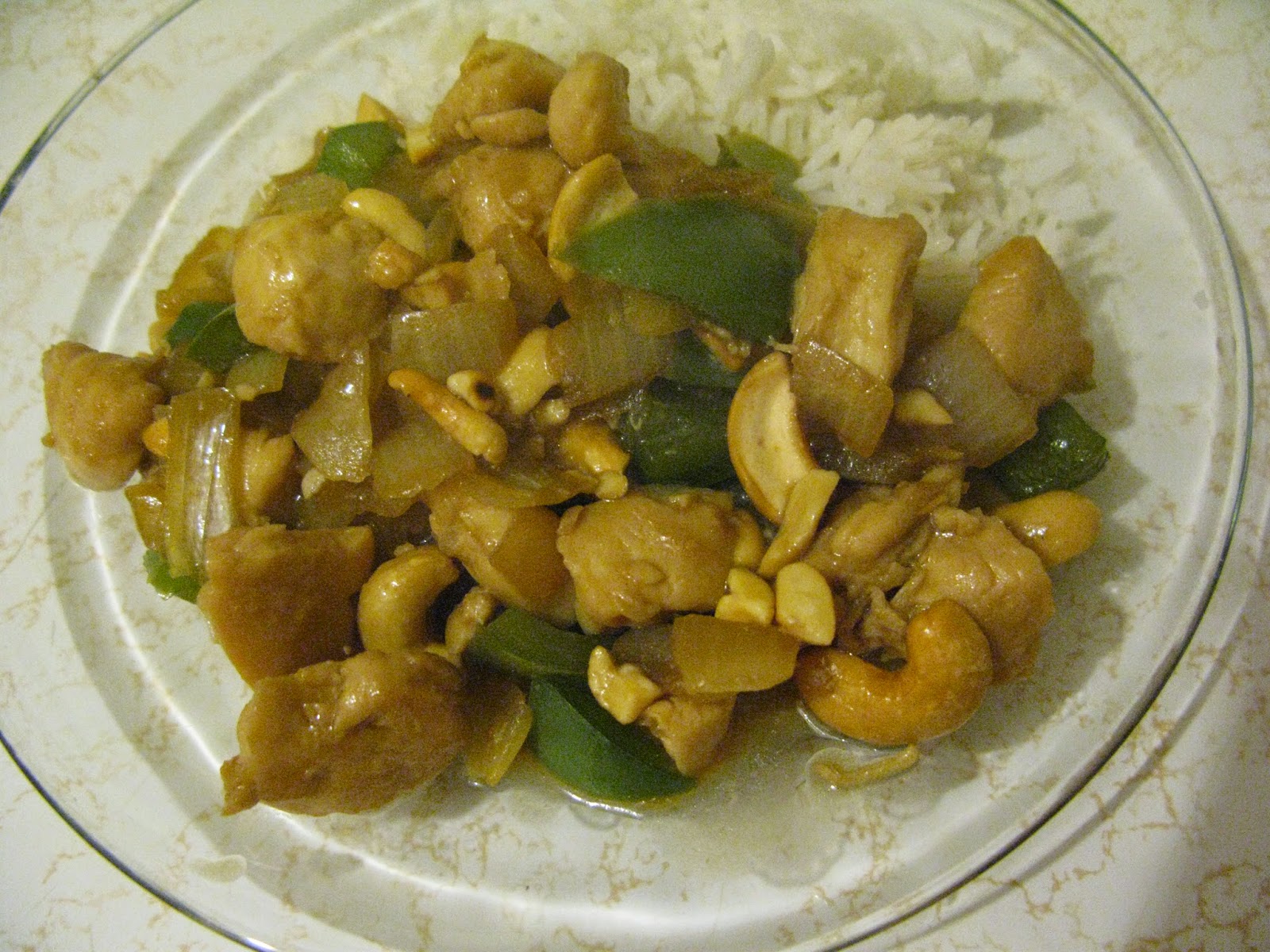 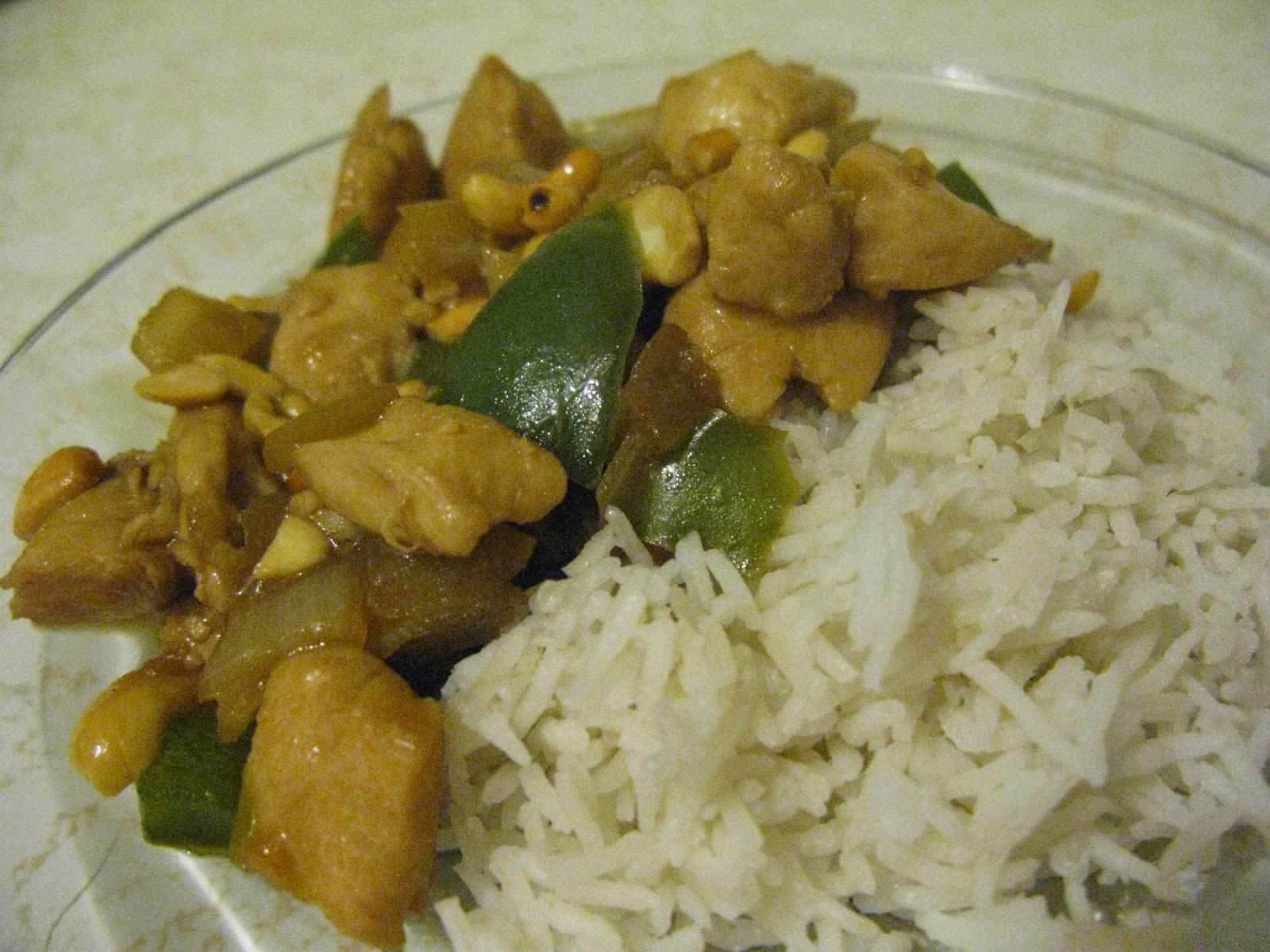 I give this recipe two thumbs up.  If you like Chinese takeout, you'll like this recipe.  It came together really quickly too; It would make a perfect weekday meal. 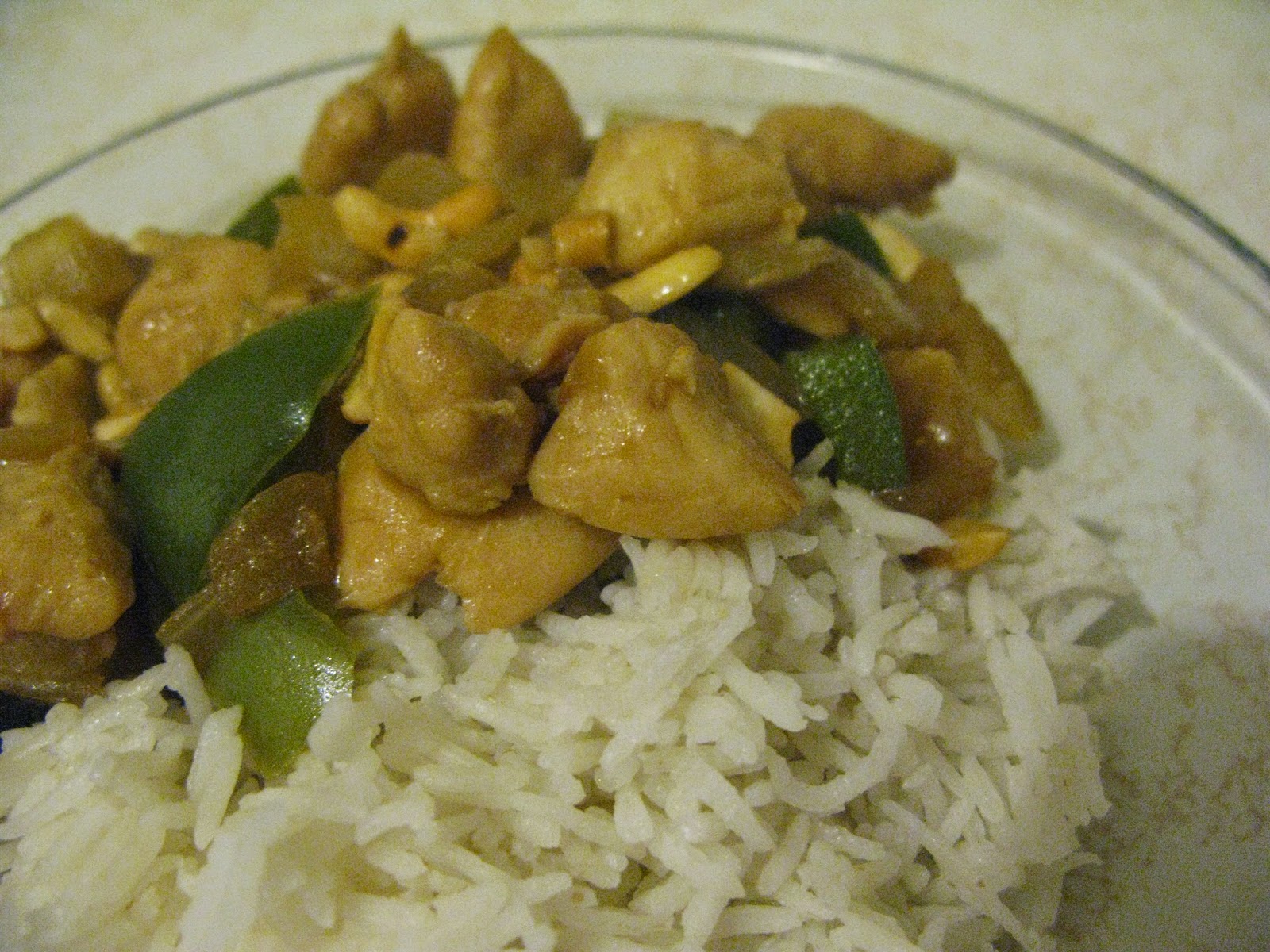 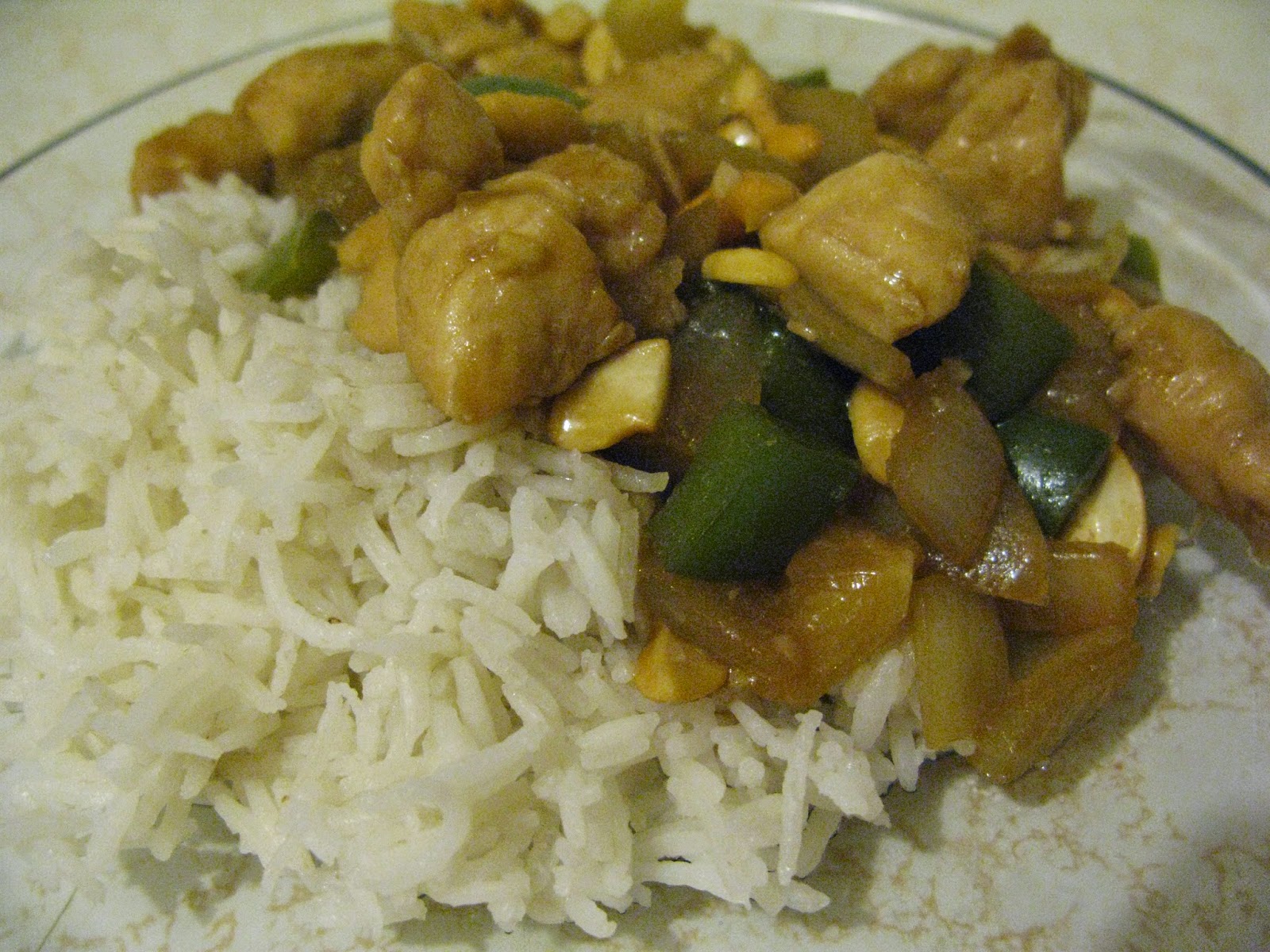 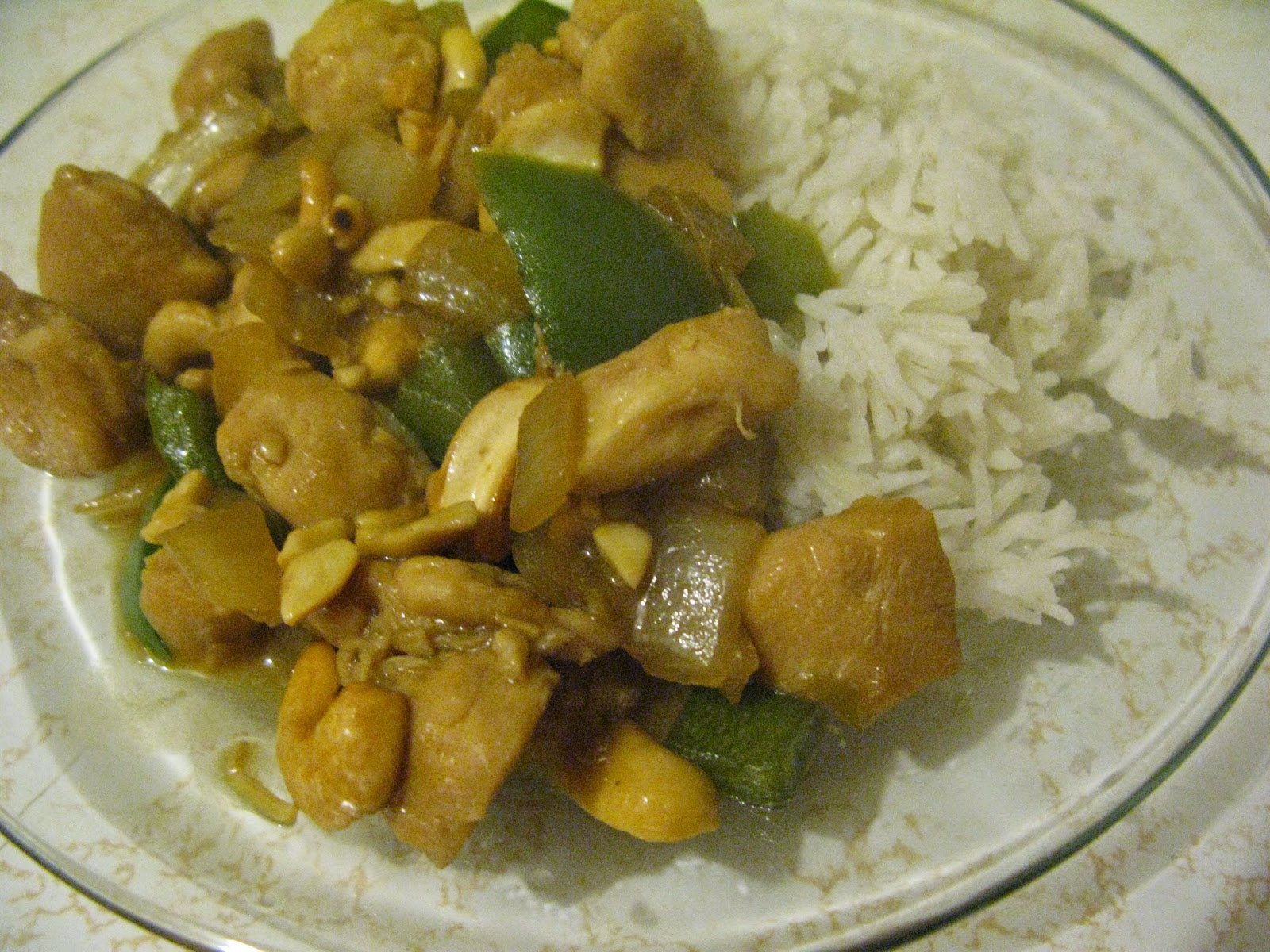