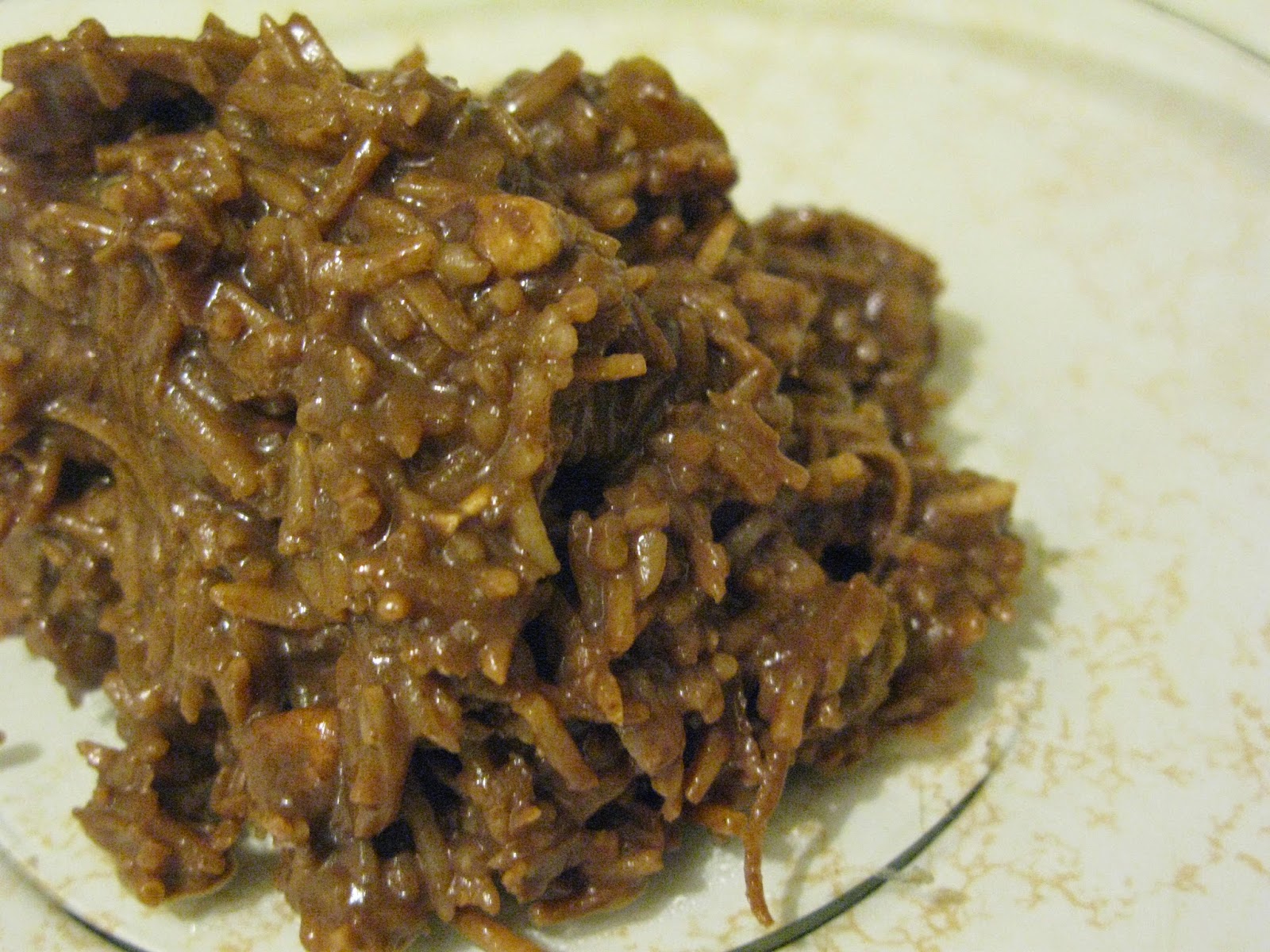 I went with a good friend to New York the weekend before Christmas last year.  It blows my mind that it was practically a year ago. 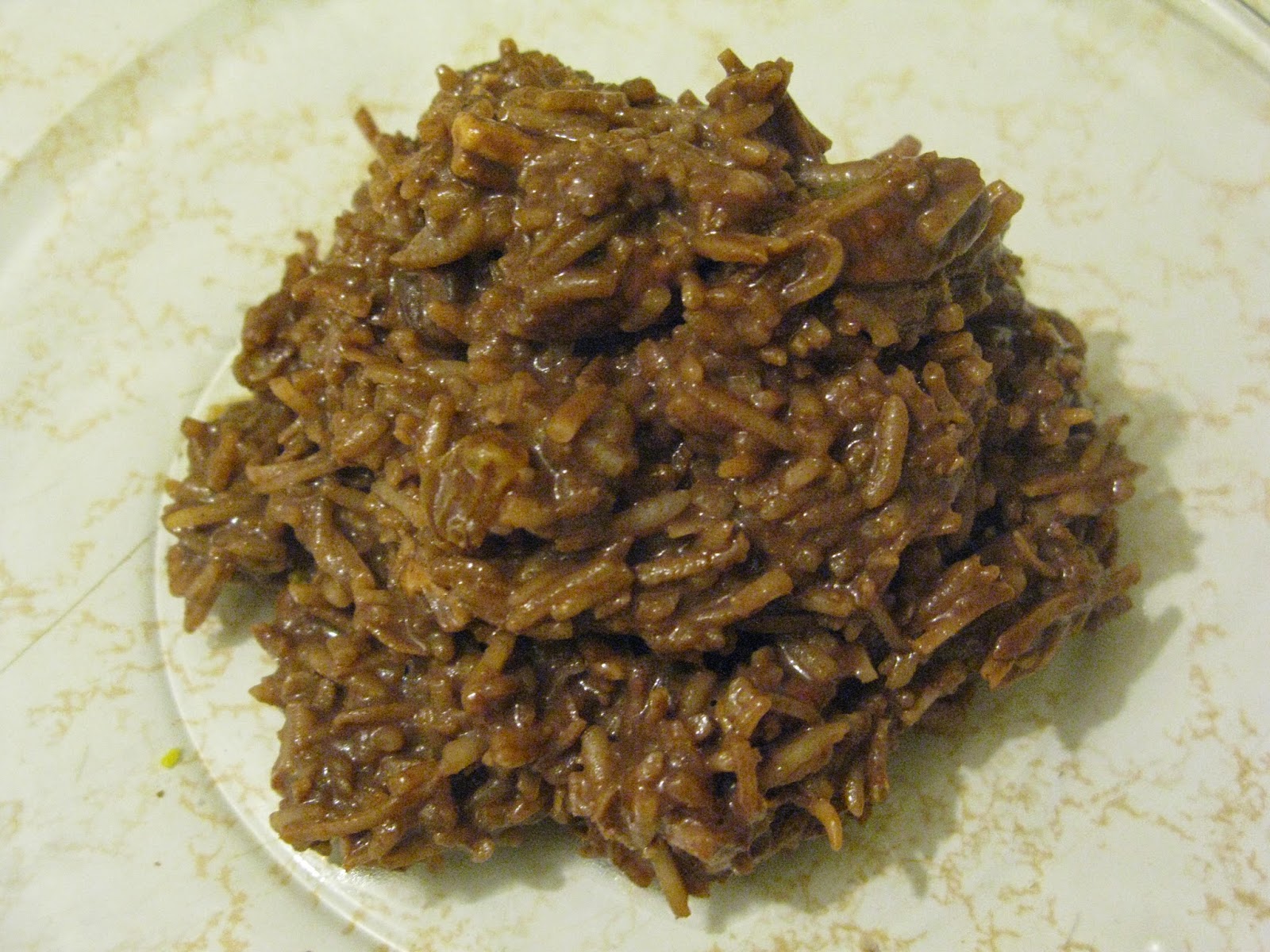 There were a mountain of people visiting that weekend.  It didn't help that it was unseasonably warm.  We went skating in Central Park and visited the Metropolitan Museum of Art.  I had never done either. 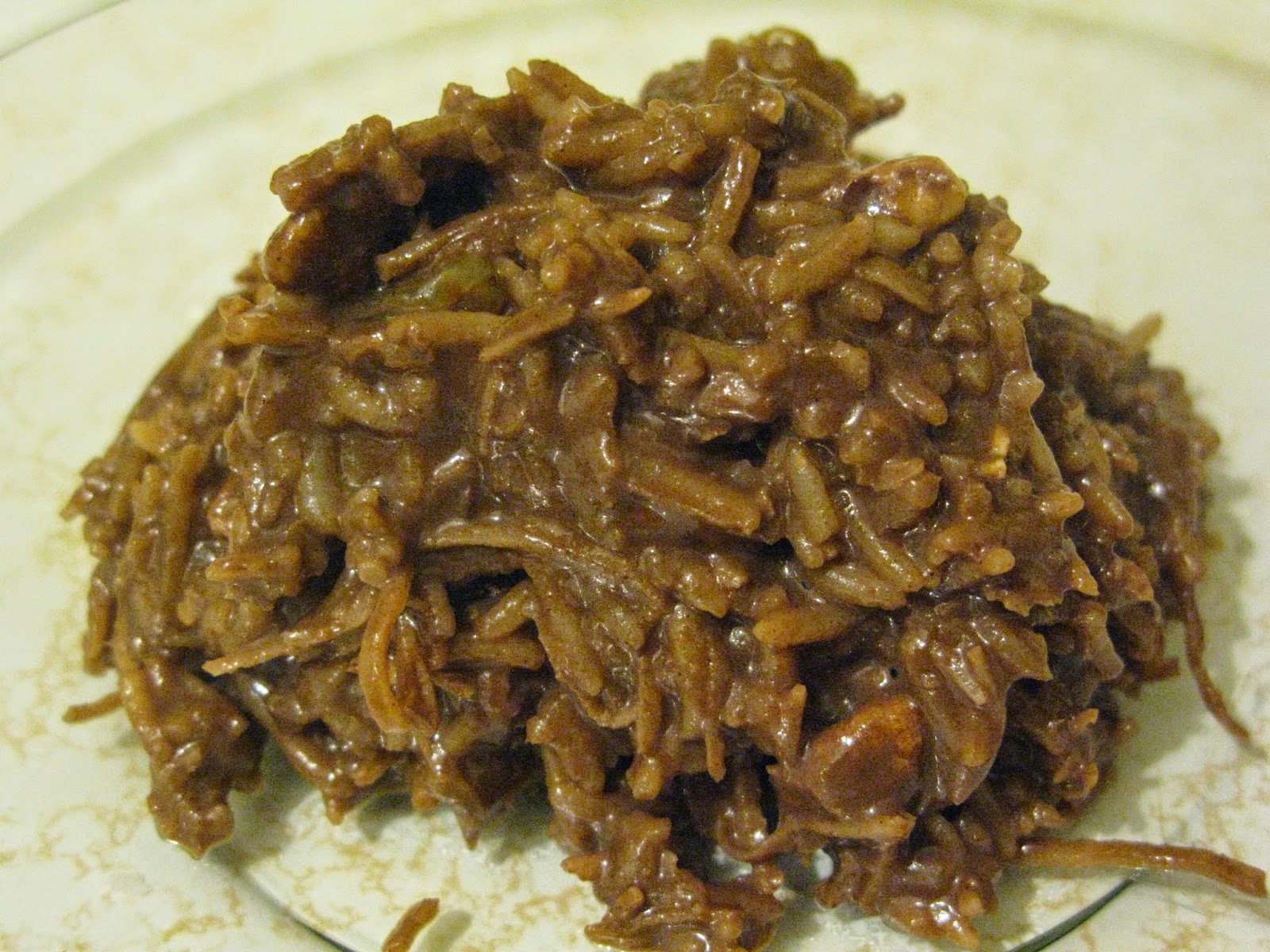 We also ate copious amounts of rich and delicious food.  We went to a restaurant that only served mac and cheese and another store that only sold rice pudding.  You have to make a good product if you're going to be so specialized. 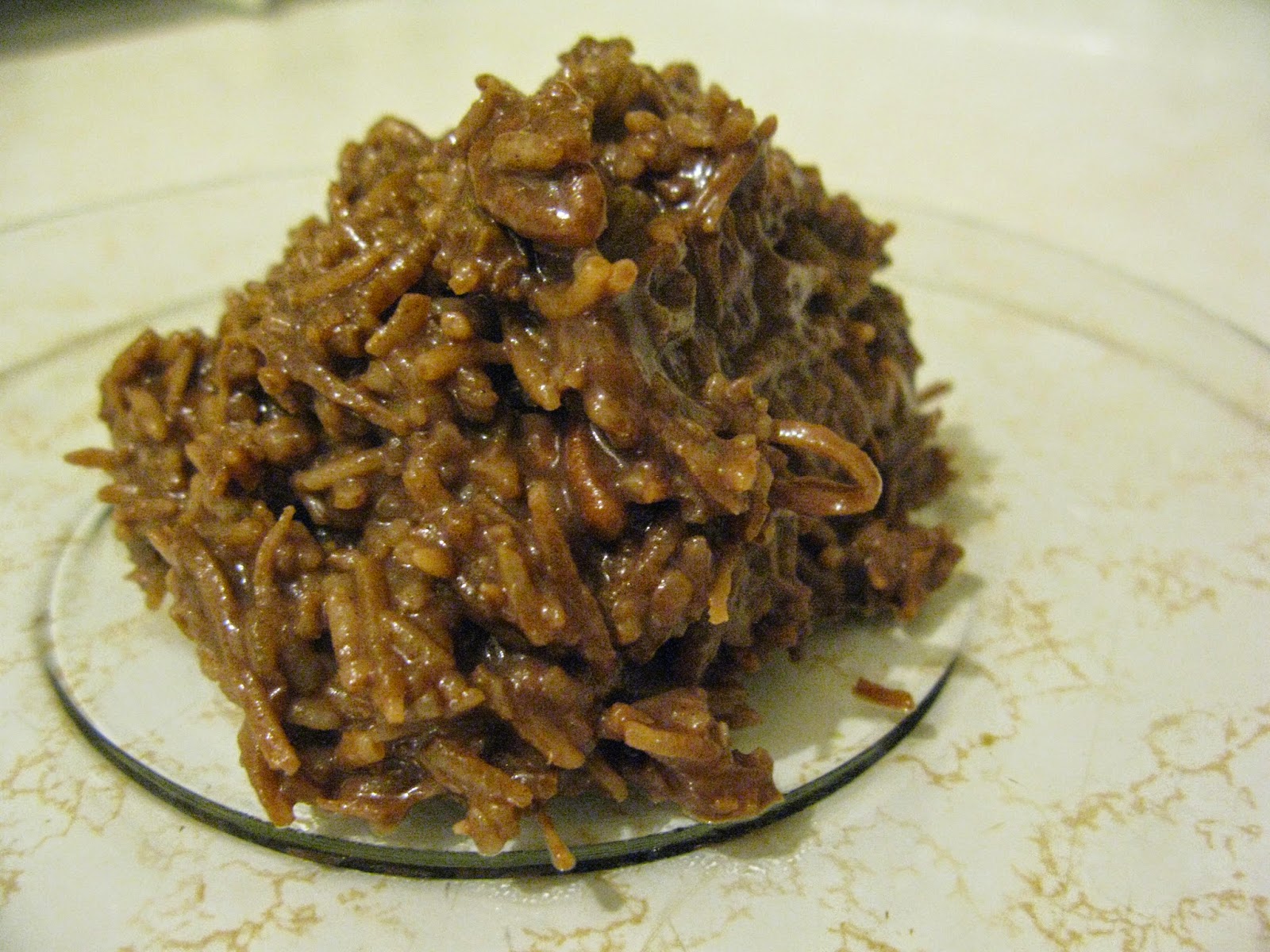 I ordered a creamy and decadent German chocolate rice pudding.  I have been thinking about making my own for almost a year. 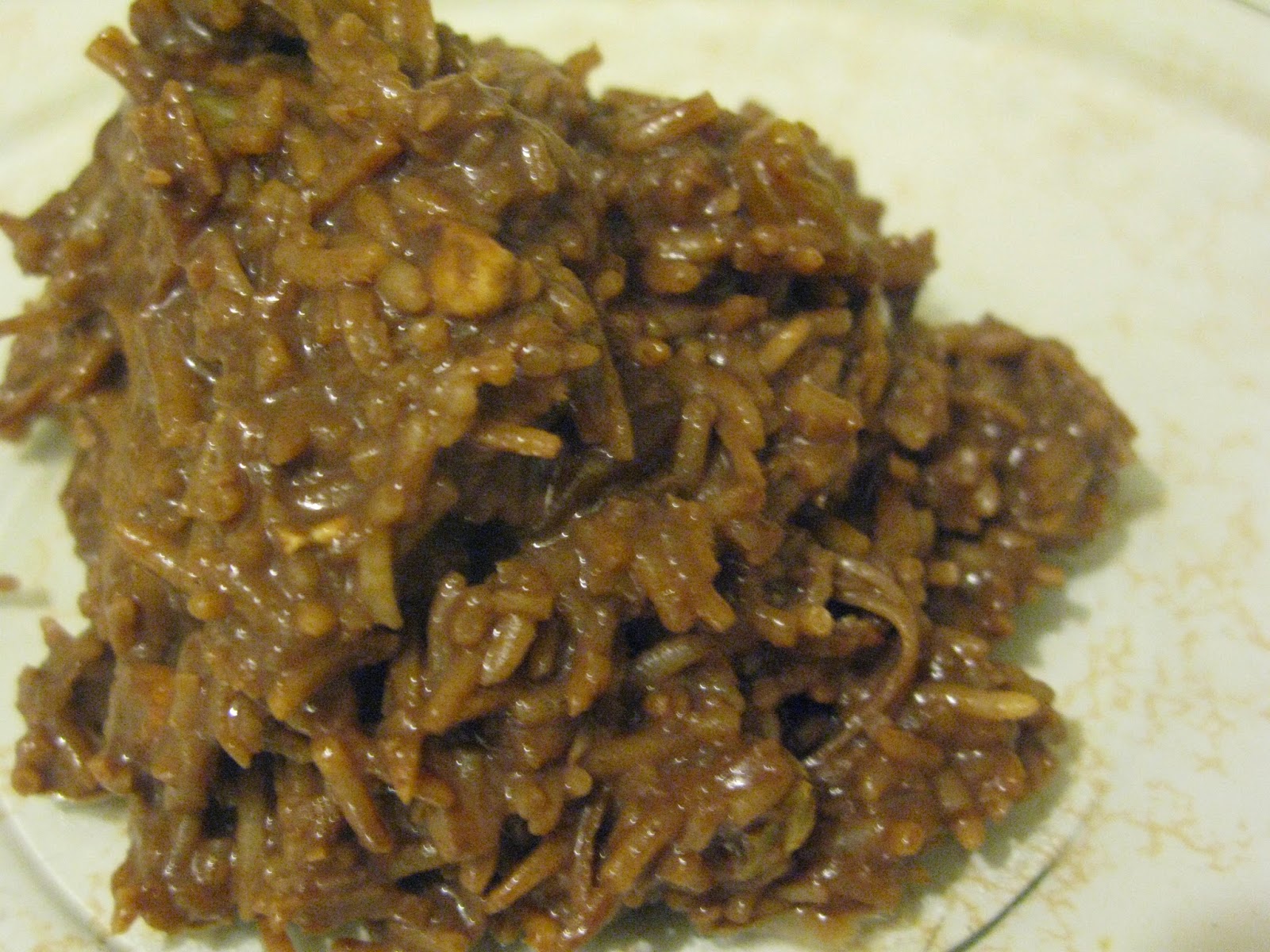 The chocolate rice pudding recipe came from allrecipes.  I added more cocoa powder, an egg, coconut flakes, and pecans.  I used basmati rice, which was a bad choice.  You live and learn. 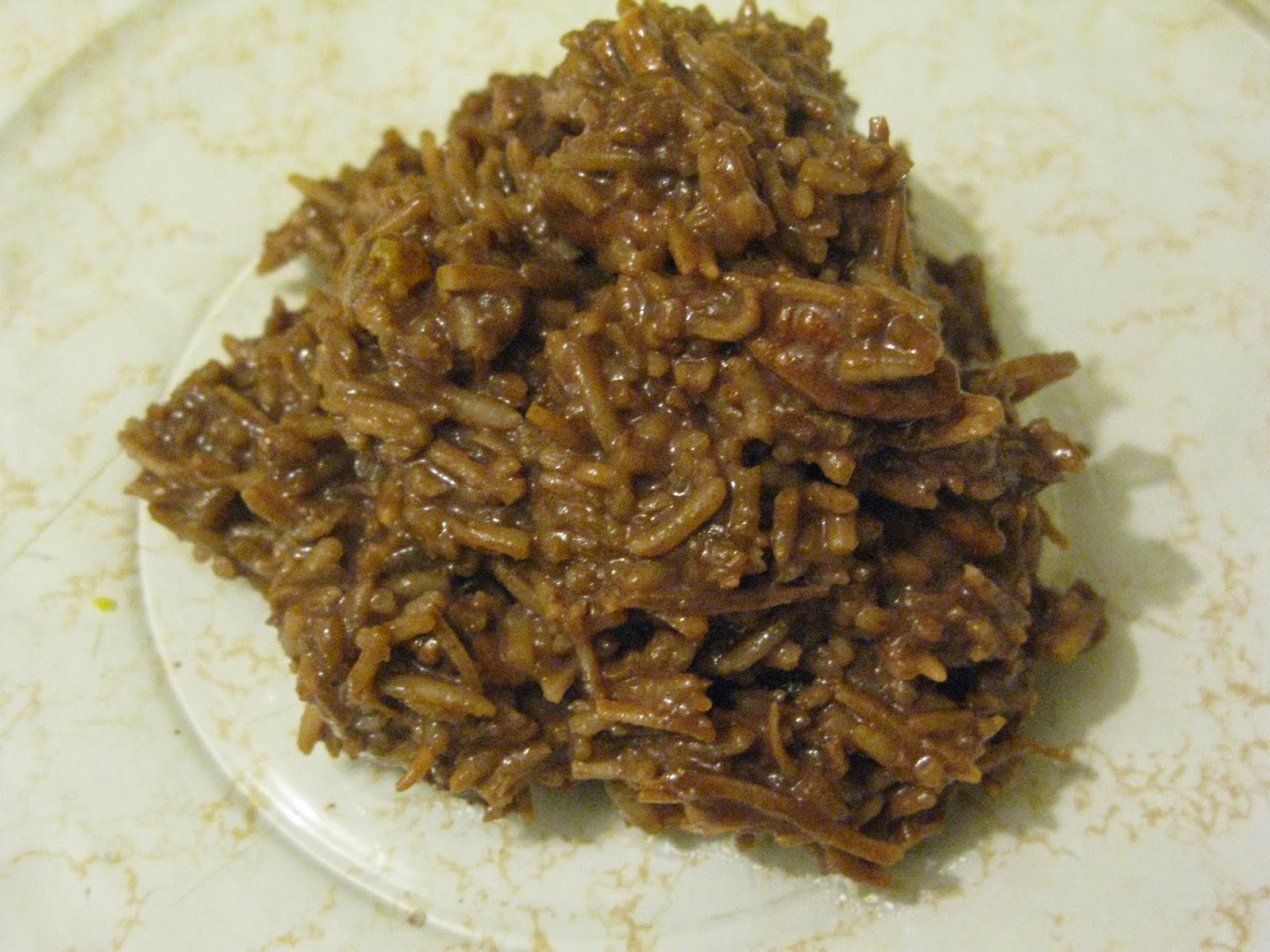 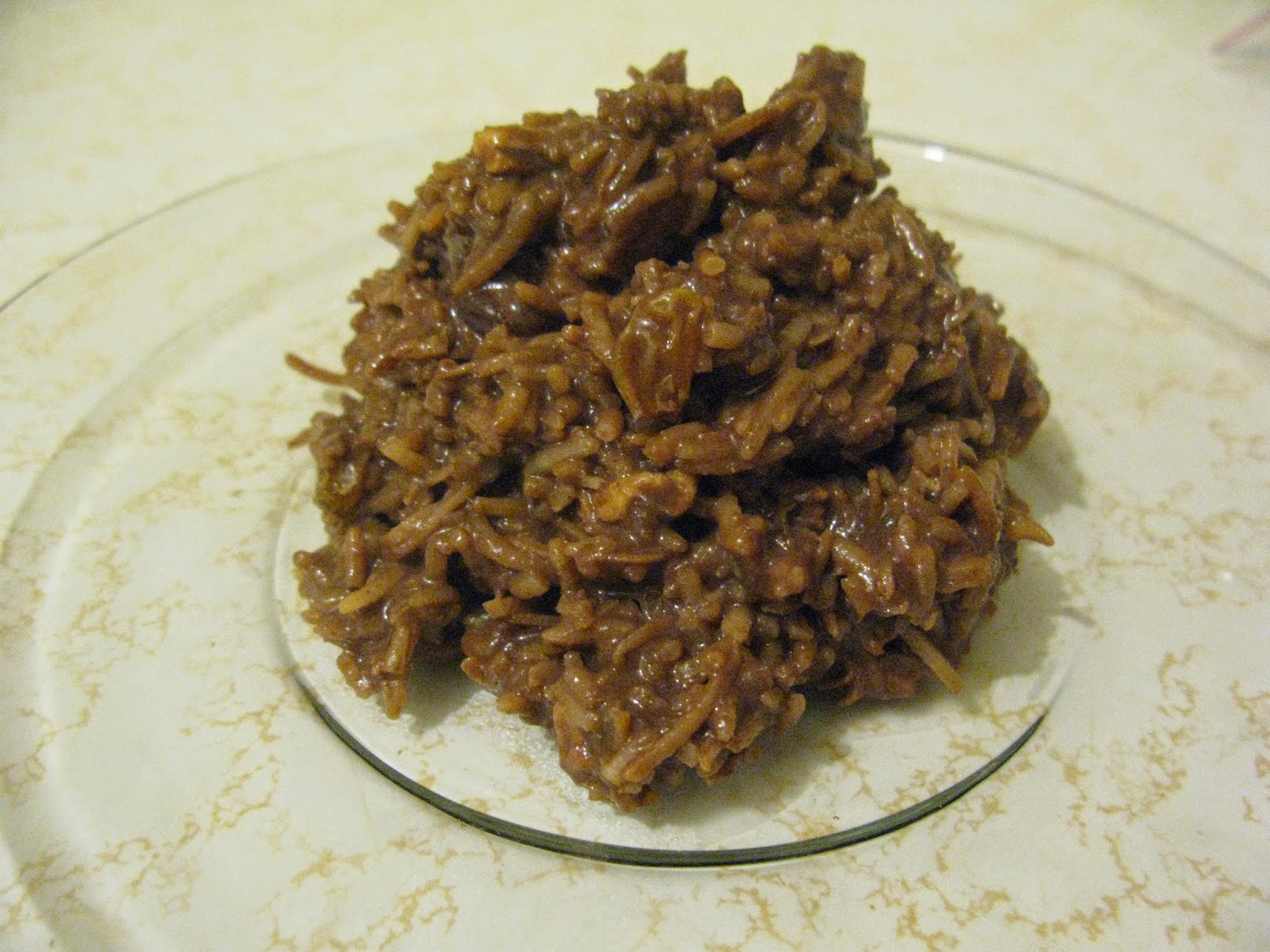 I cooked the rice and water for 12 minutes.  The pan was covered, and I didn't stir.  The water was already hot when I added the rice.  After 12 minutes, I lowered the heat to low. I added the milk, sugar, vanilla, and cinnamon. 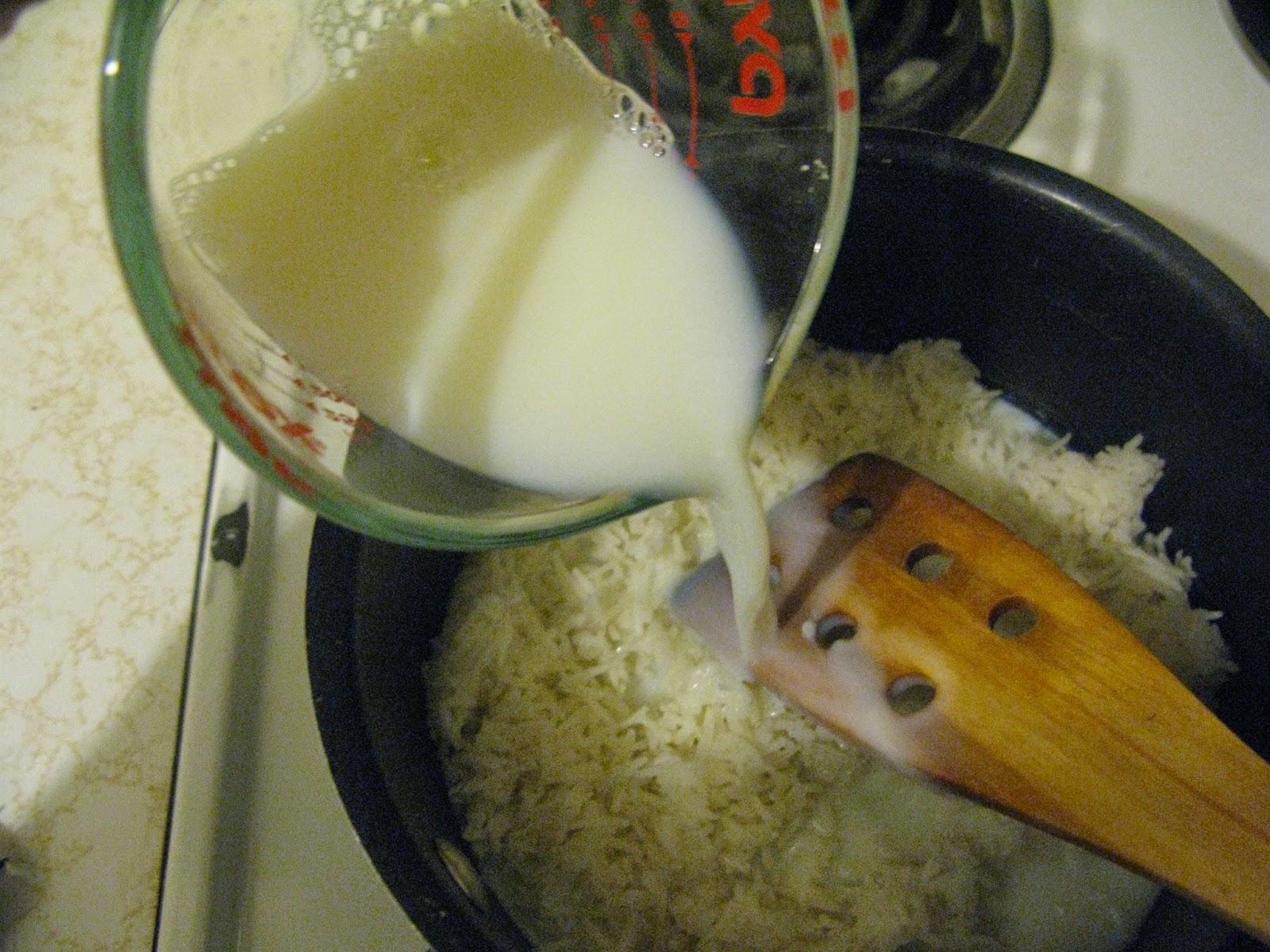 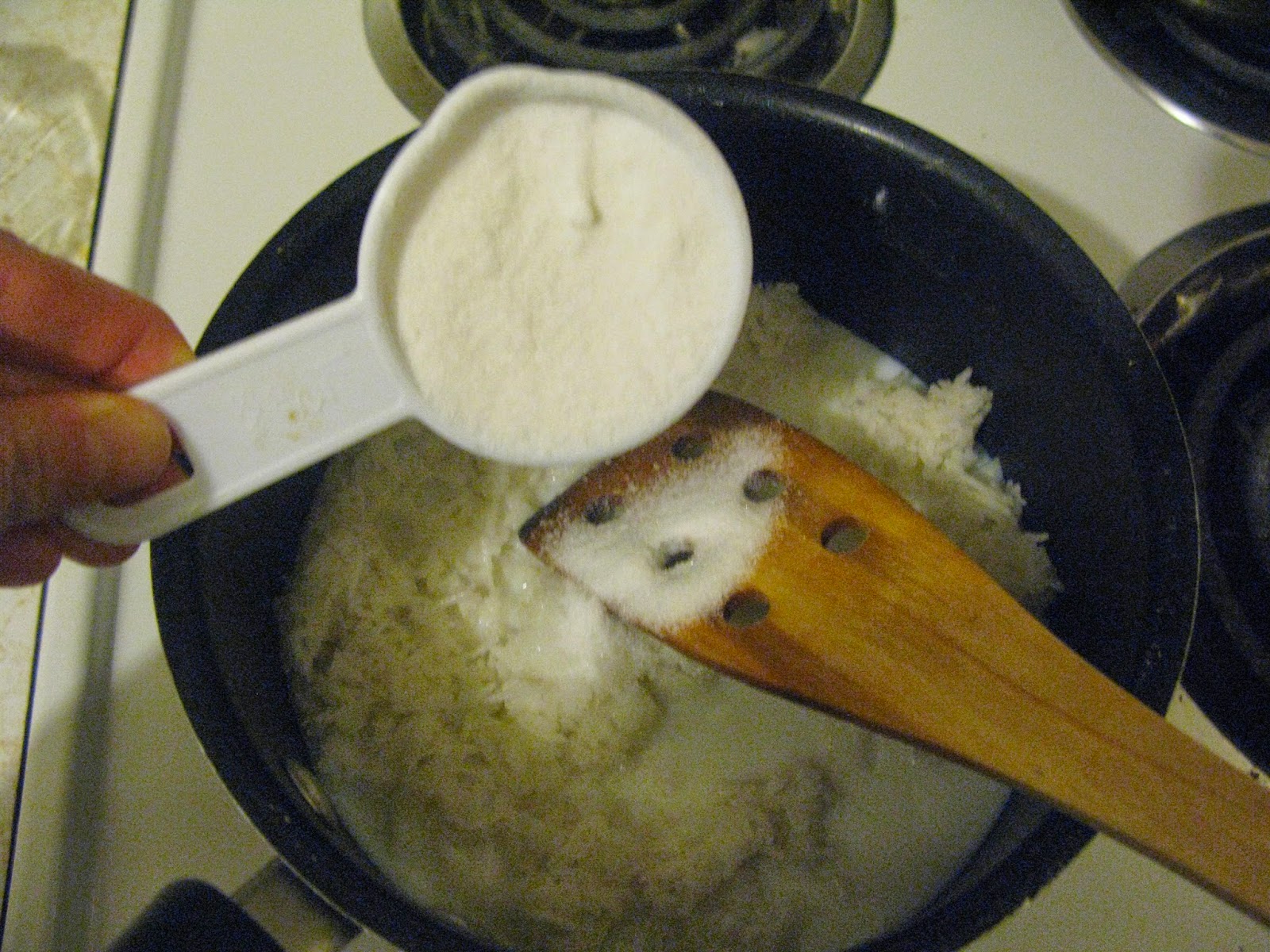 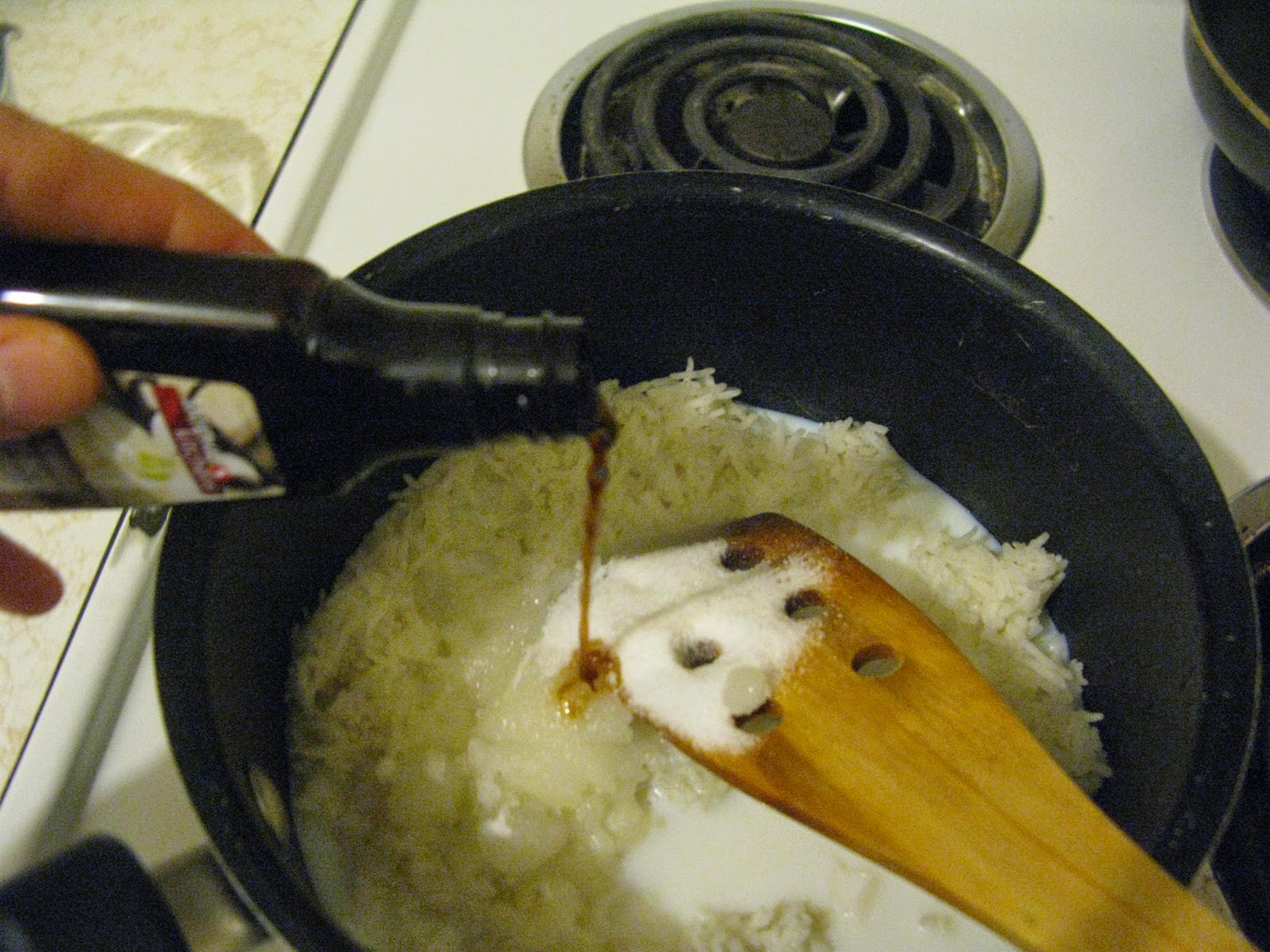 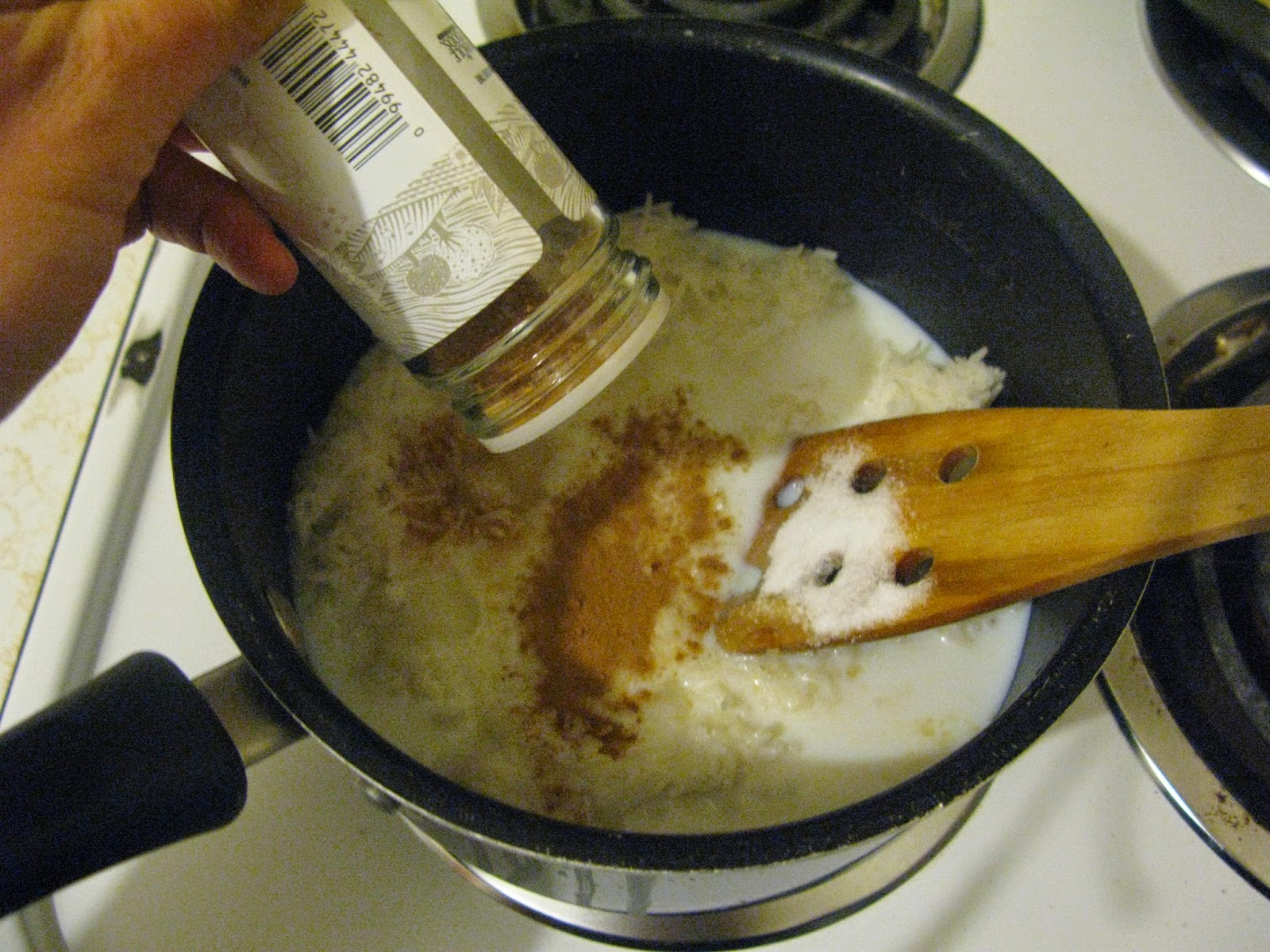 I also added raisins, butter, a beaten egg, and the cocoa powder. 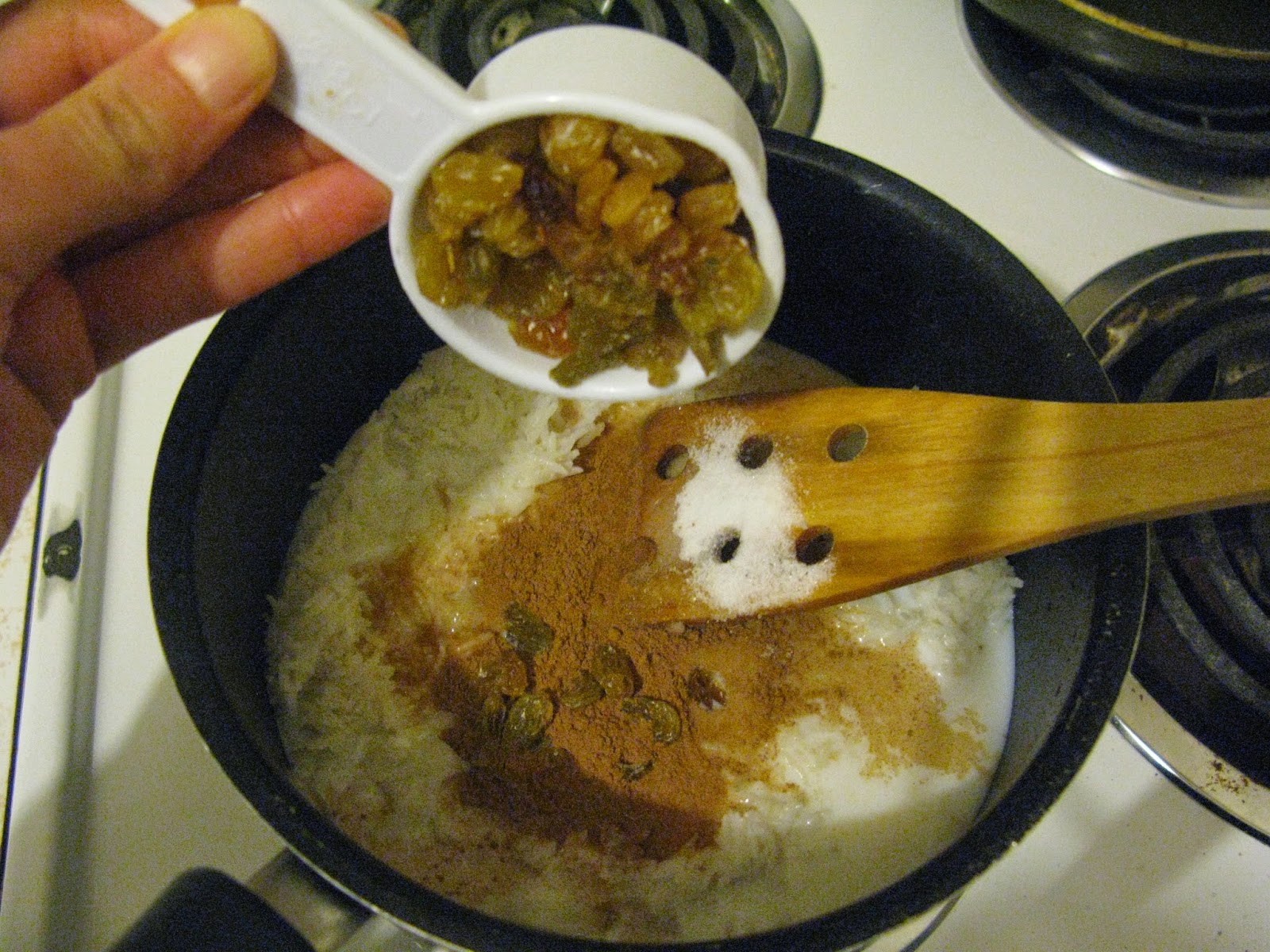 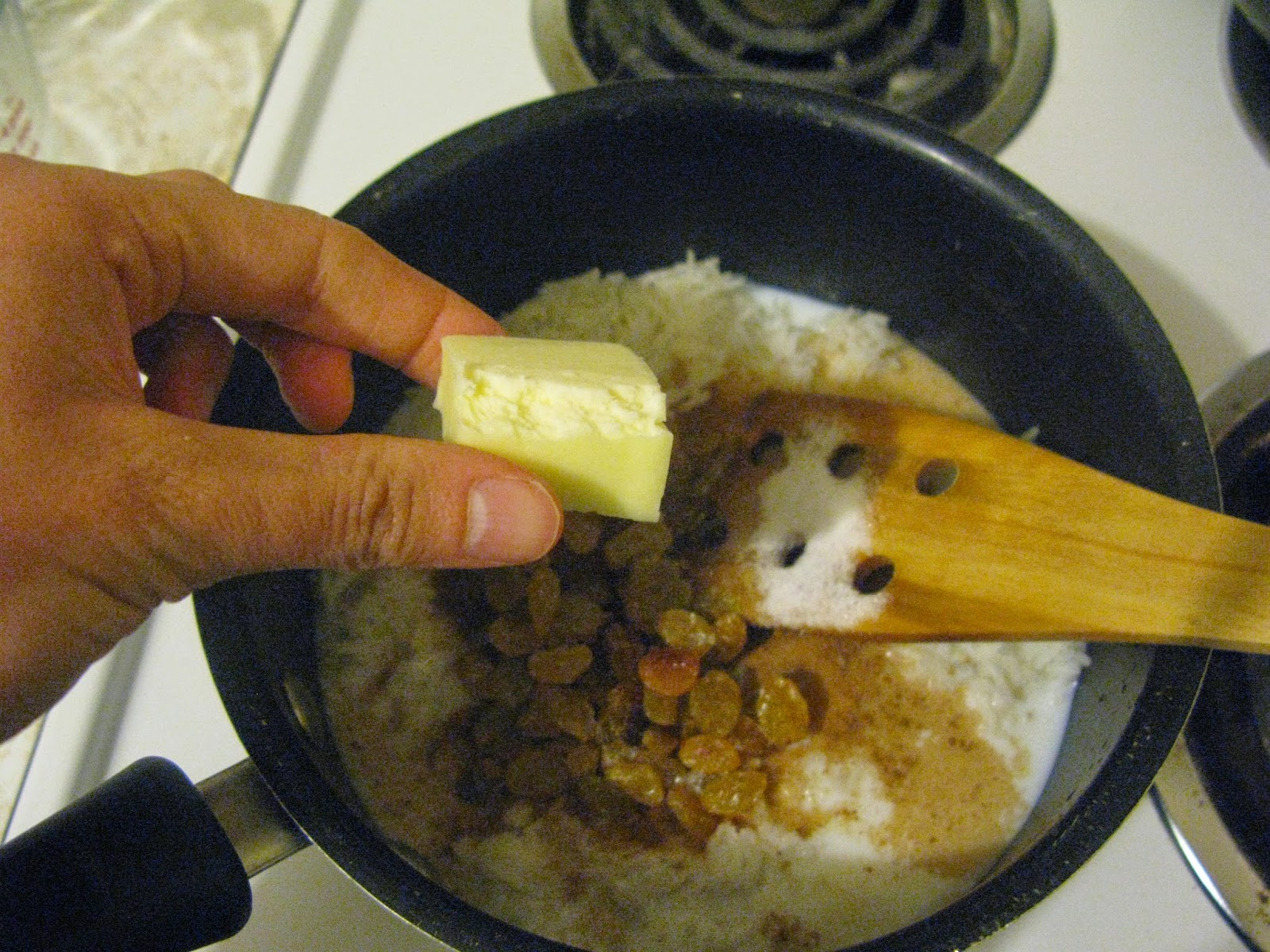 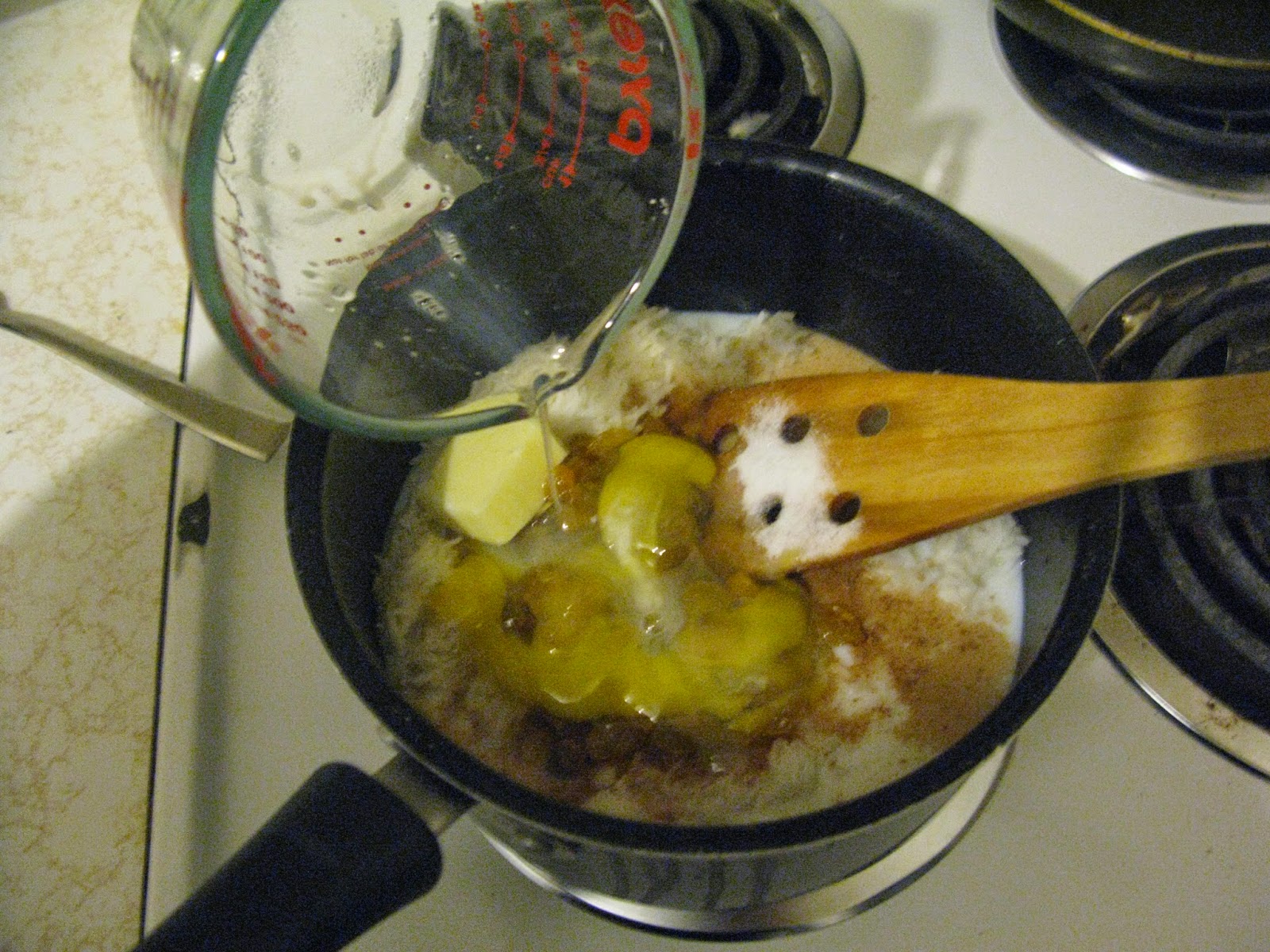 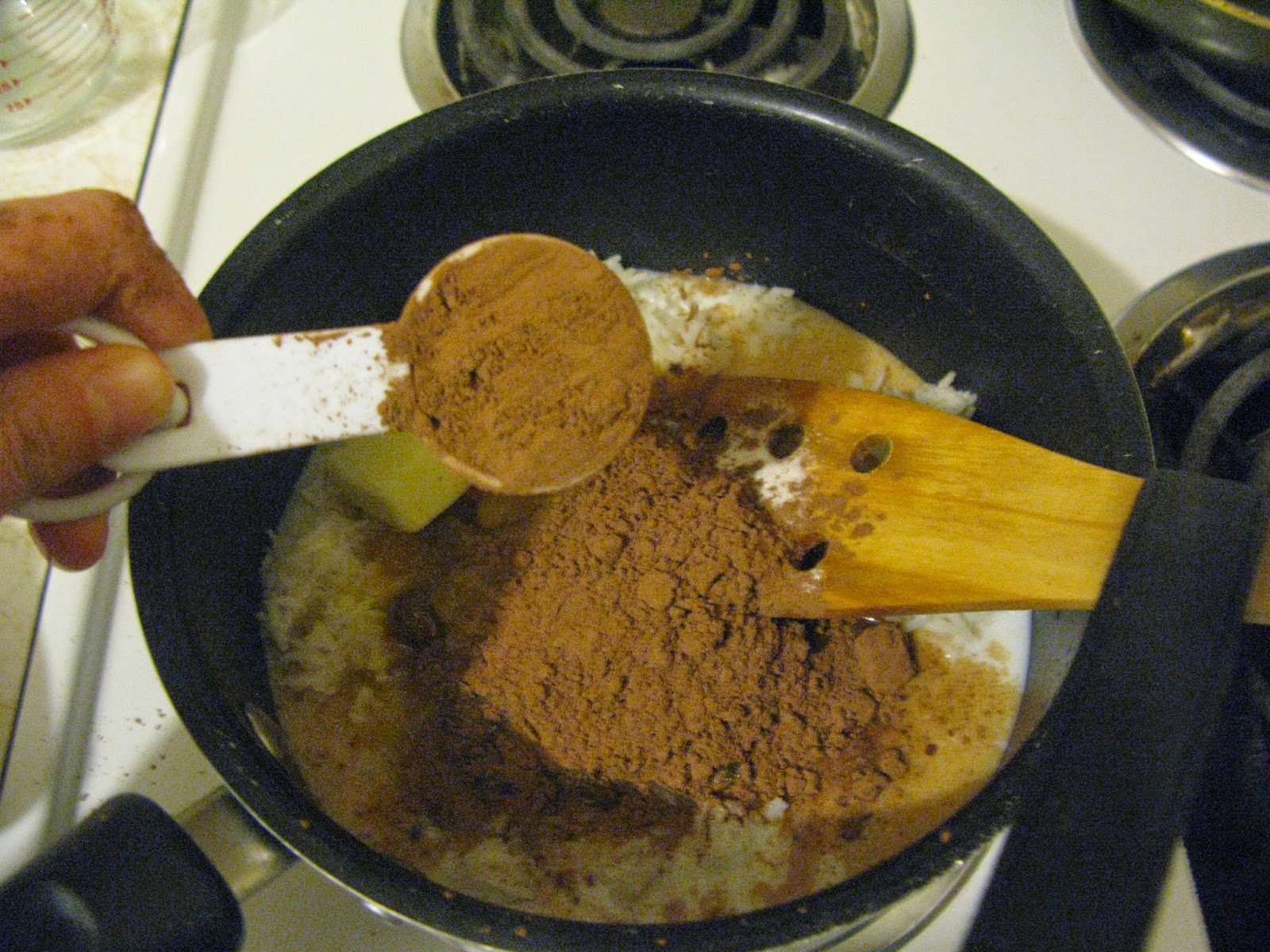 I stirred this constantly over low heat for 20 to 25 minutes.  The pudding became thick and most of the liquid was absorbed by the rice or evaporated. 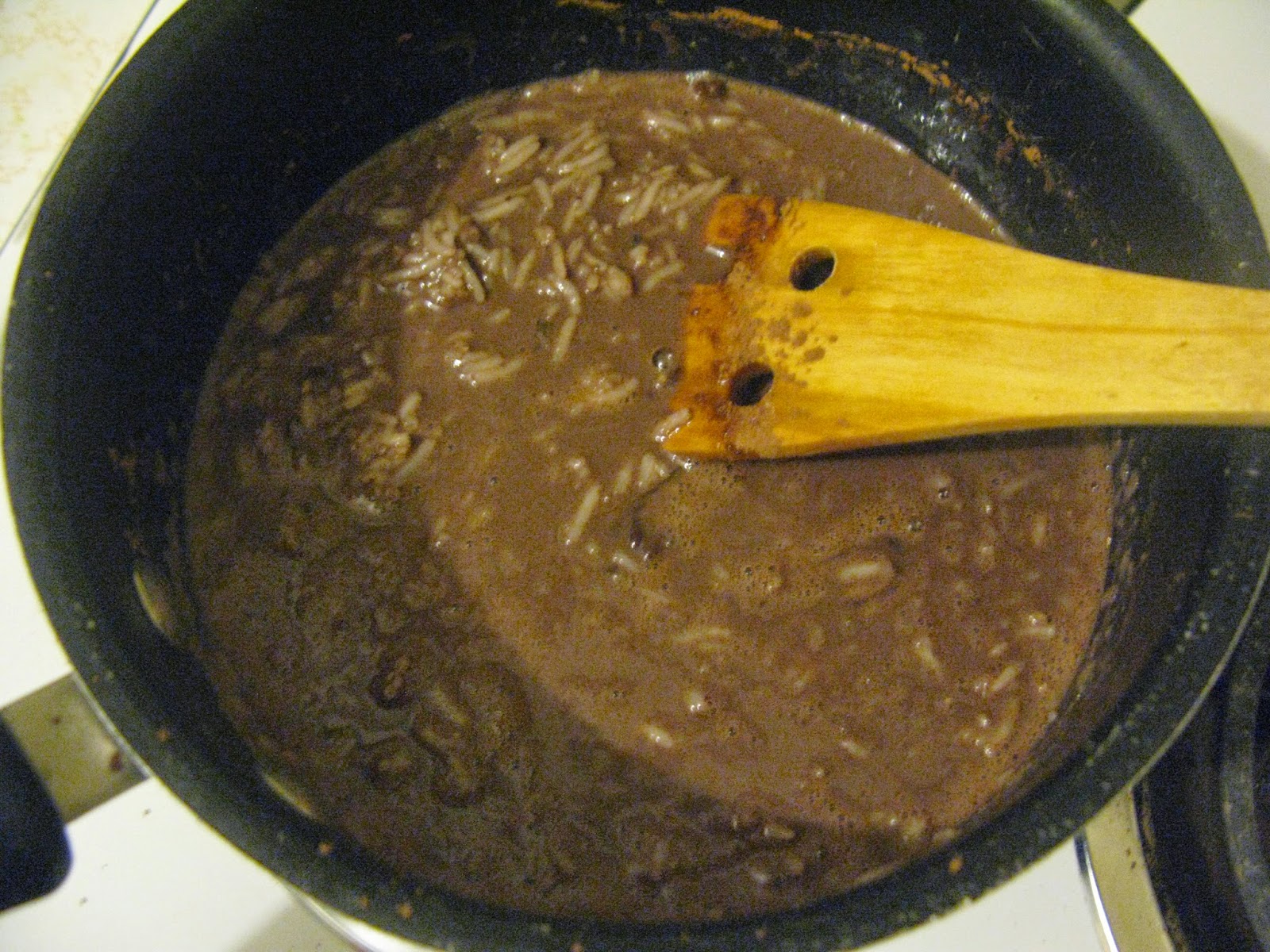 I added the coconut and pecans and stirred for another 3 to 5 minutes. 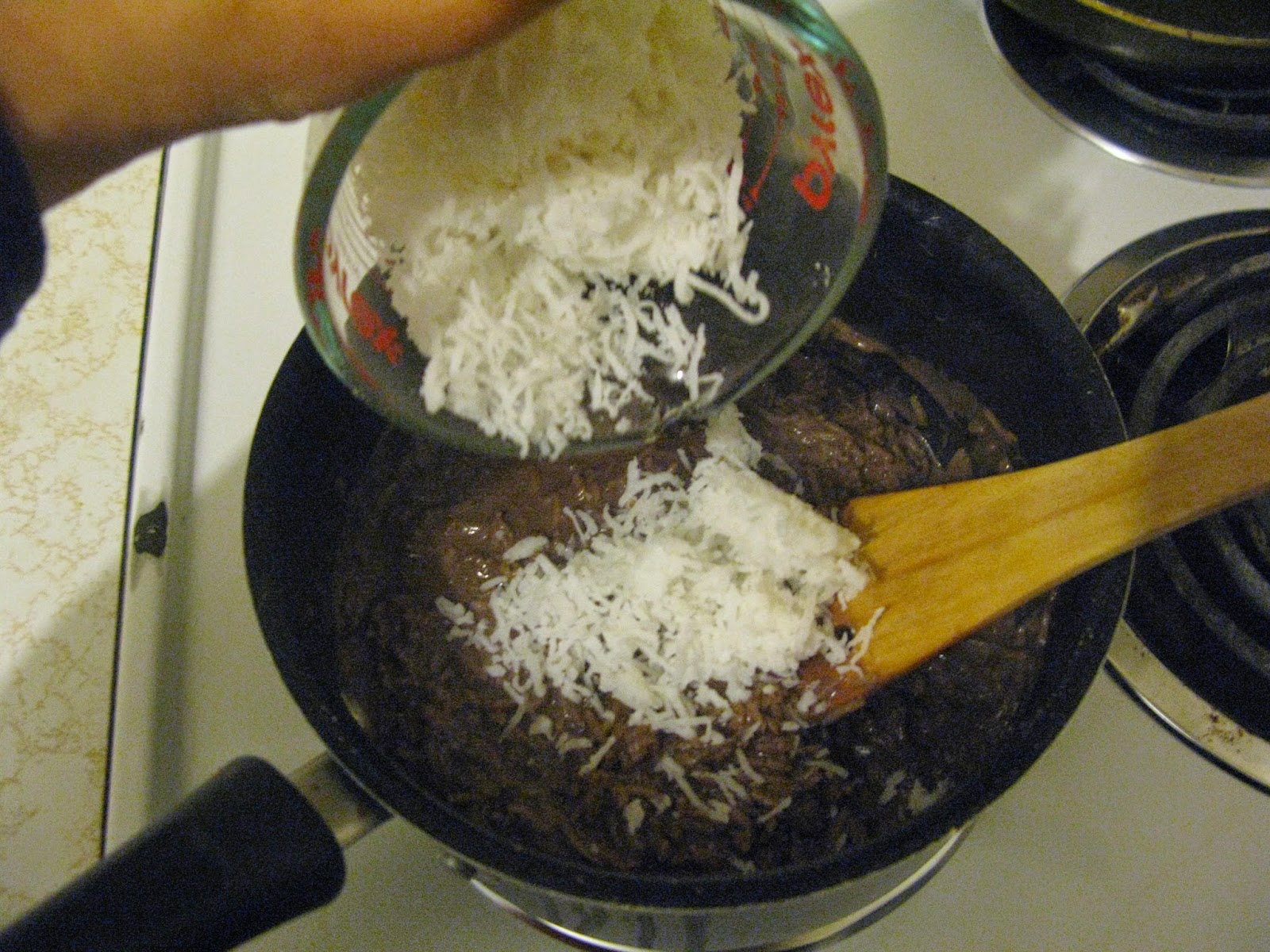 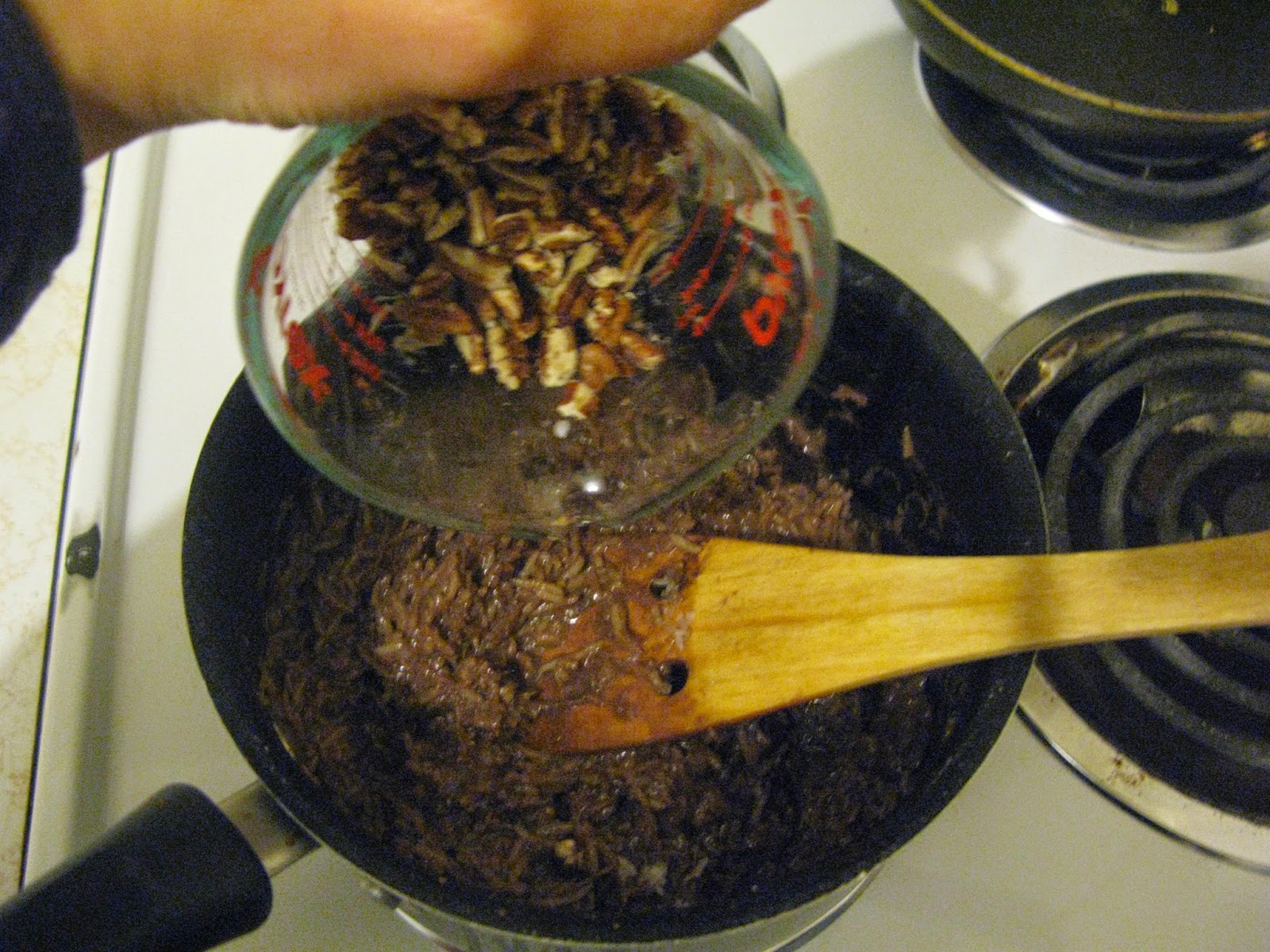 I removed it from the heat, and it was ready to be consumed.  You can eat rice pudding warm or cold straight from the fridge.  I prefer cold, but the pudding in these pictures was warm. 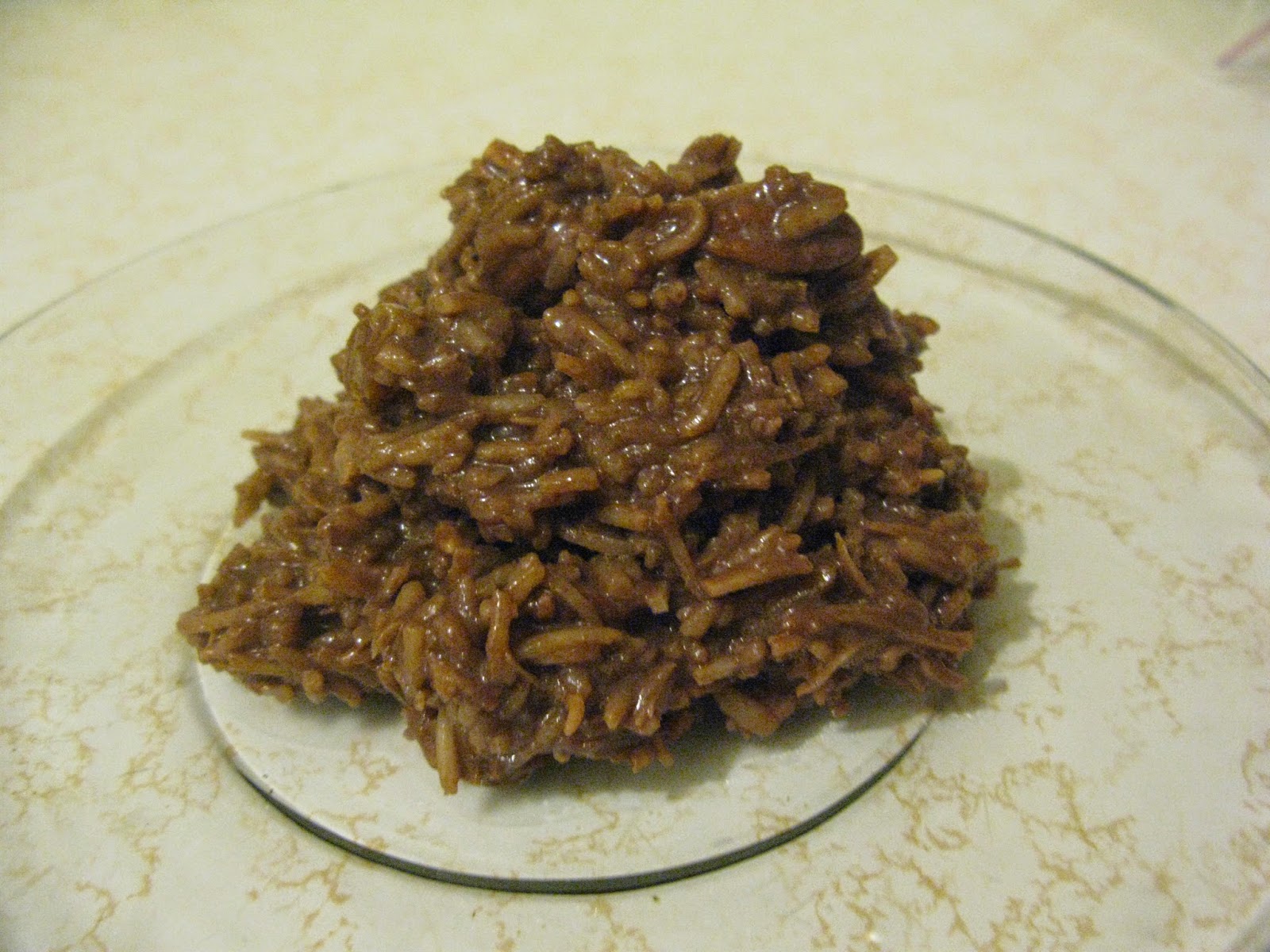 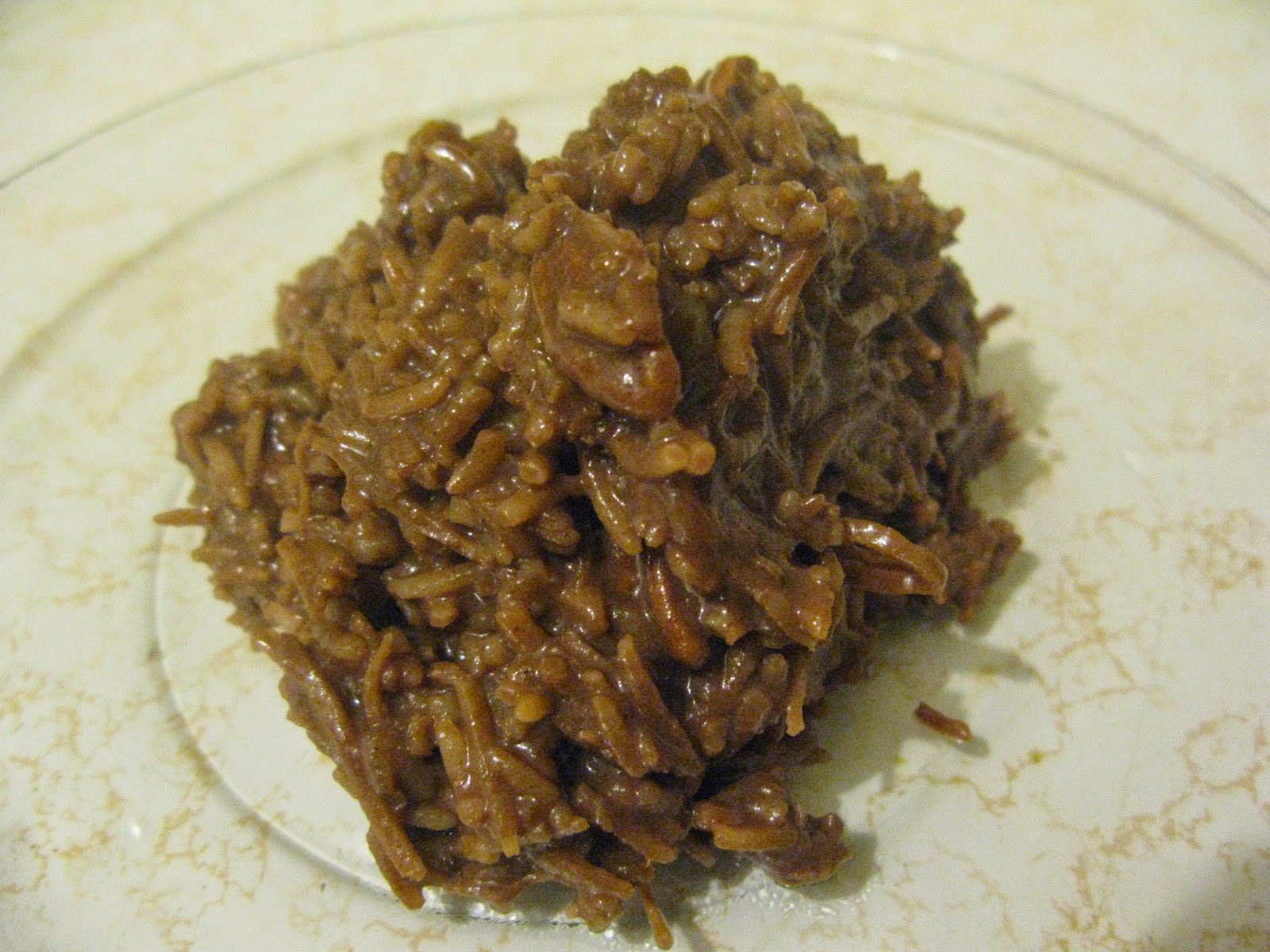 Rice pudding doesn't look like much, but it is a delicious, hearty dessert.  The pecans and sweet coconut flakes were great additions.  Raisins are not traditionally in German chocolate cake, but they're so chewy and desirable in rice pudding I couldn't omit them. 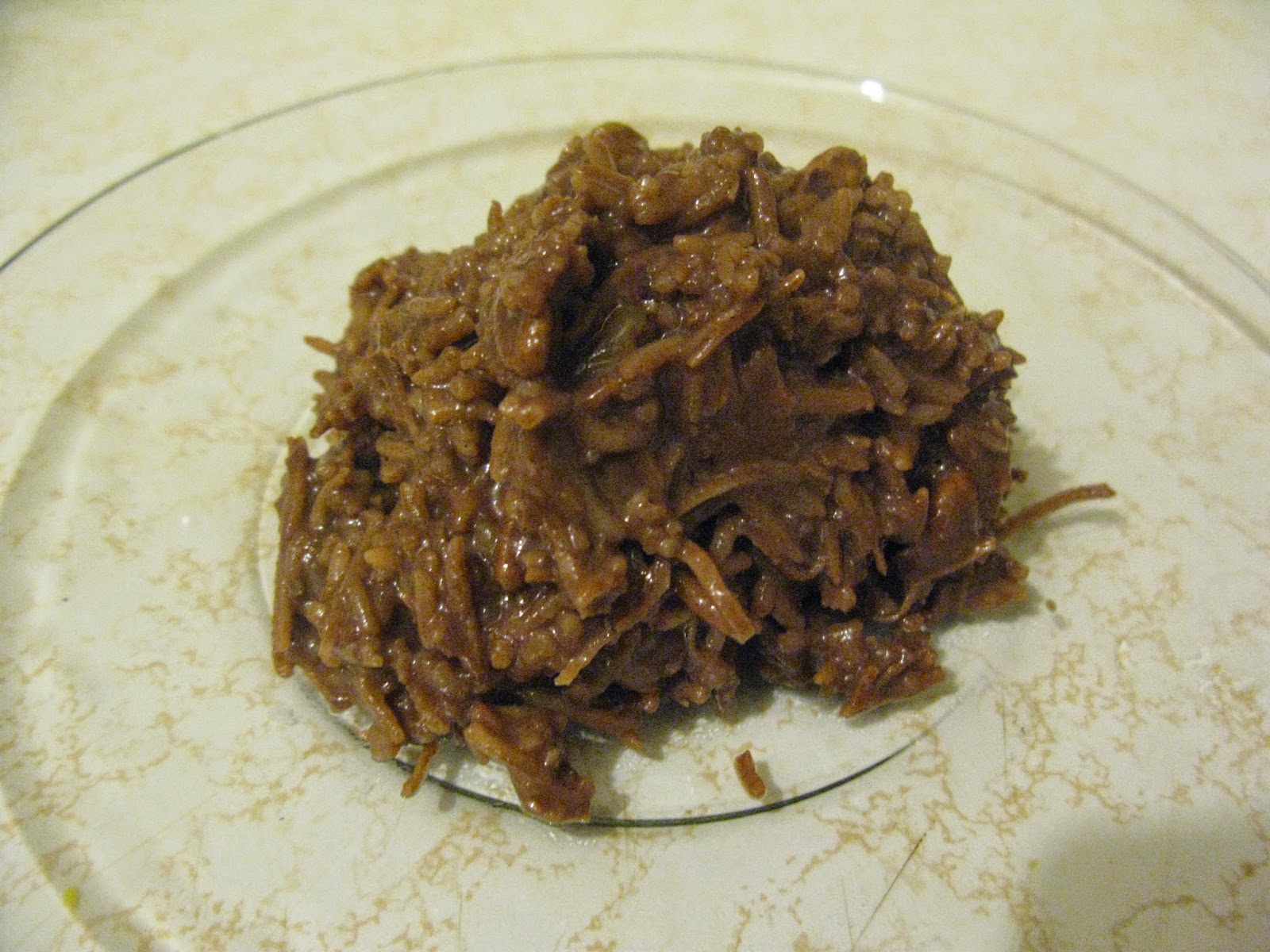 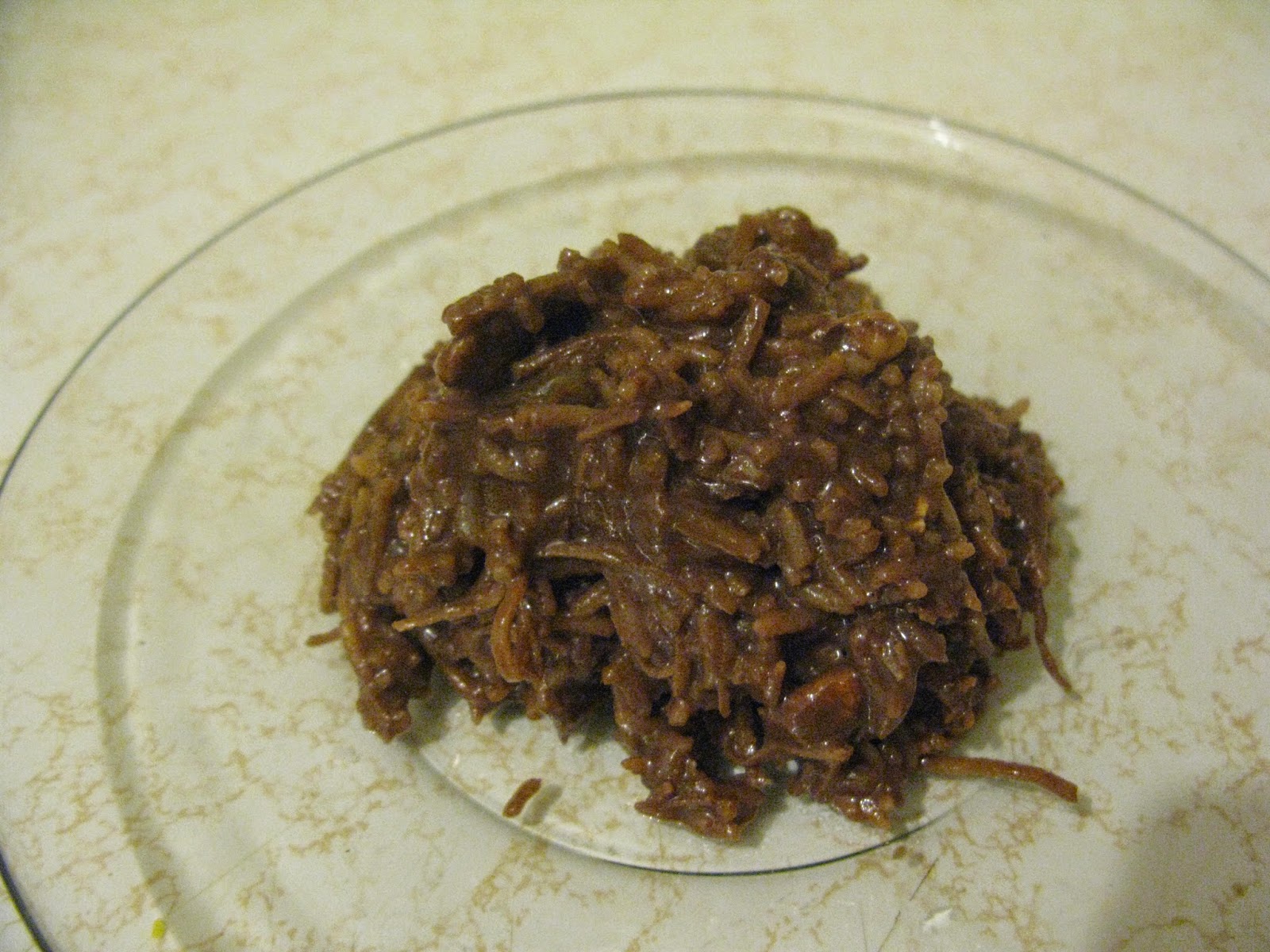 OMG. You've removed all of the parts that get in the way and made ALL OF THE GOOD parts of german chocolate cake in rice pudding form! This is truly admirable.

never would i have thought of such deliciousness!