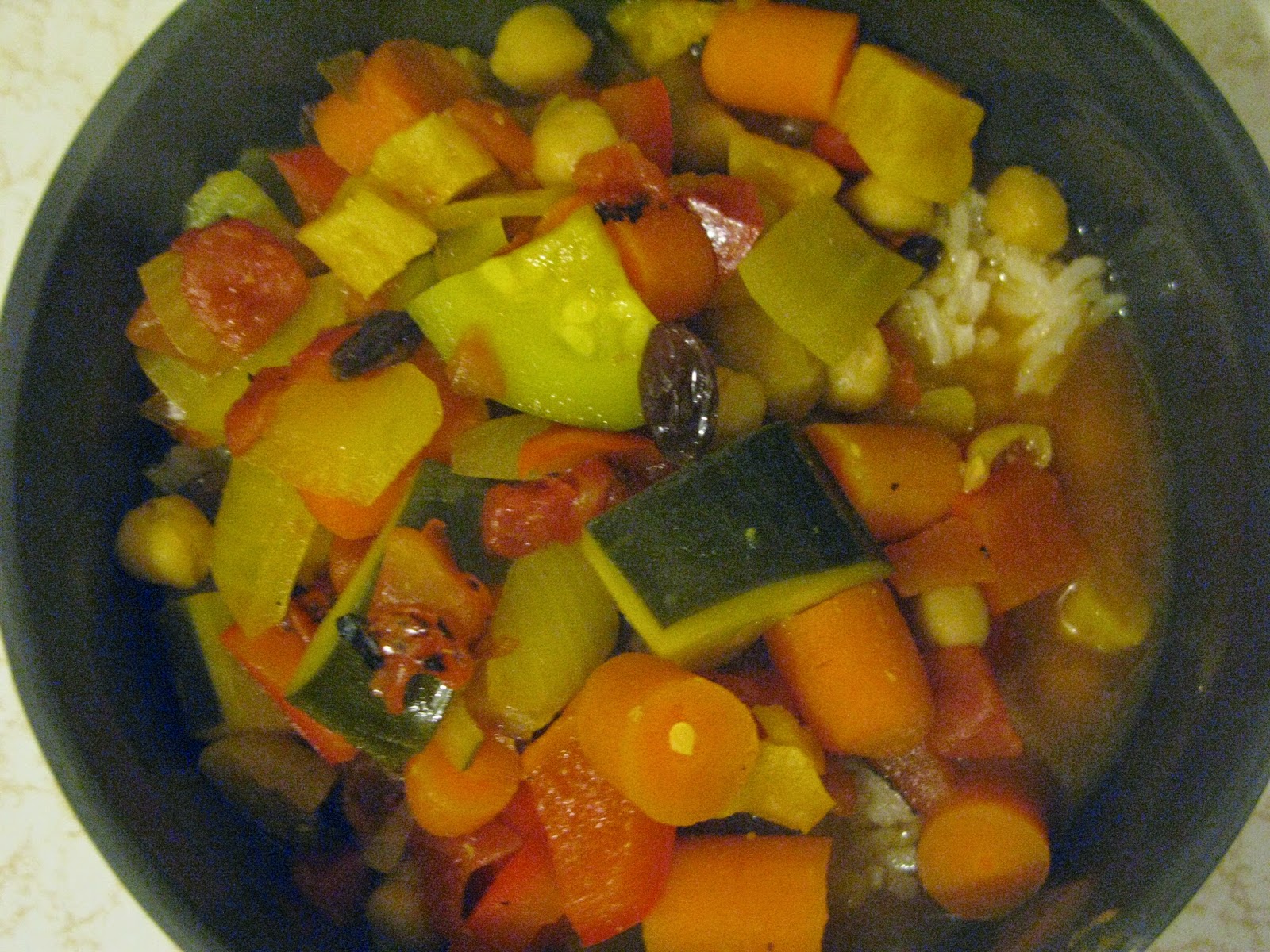 A couple of weeks ago my coworker lent me a book entitled Eat to Live Cookbook.  It was full of veggie rich recipes, of which this is one. 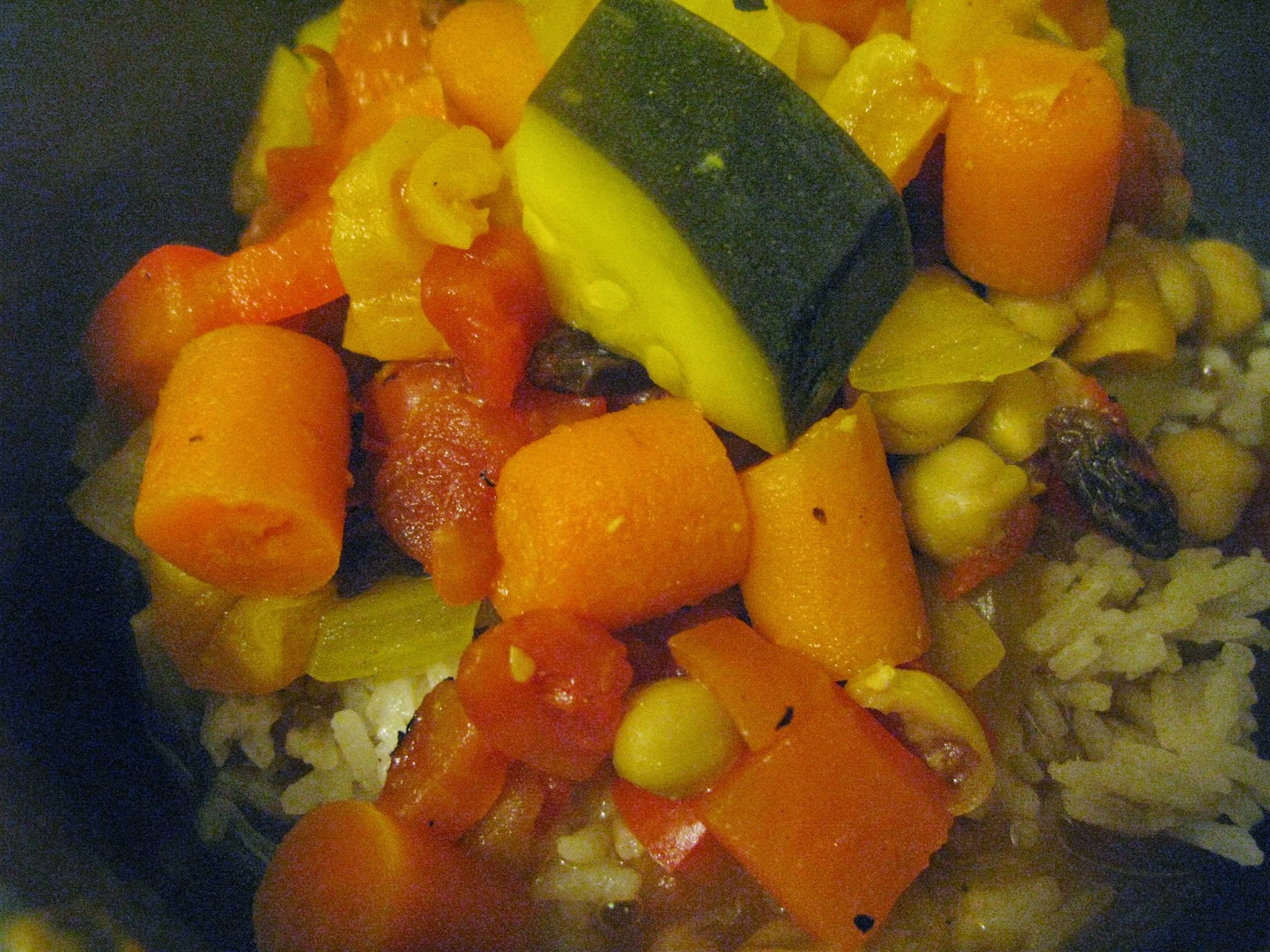 I had never heard of tagine before, but the ingredients intrigued me.  Tagine is a Berber dish from North Africa.  The name comes from the pot used to cook the dish.  The pot would traditionally be placed directly in the hot coals.  Tagine is supposed to be eaten with flat bread or couscous. 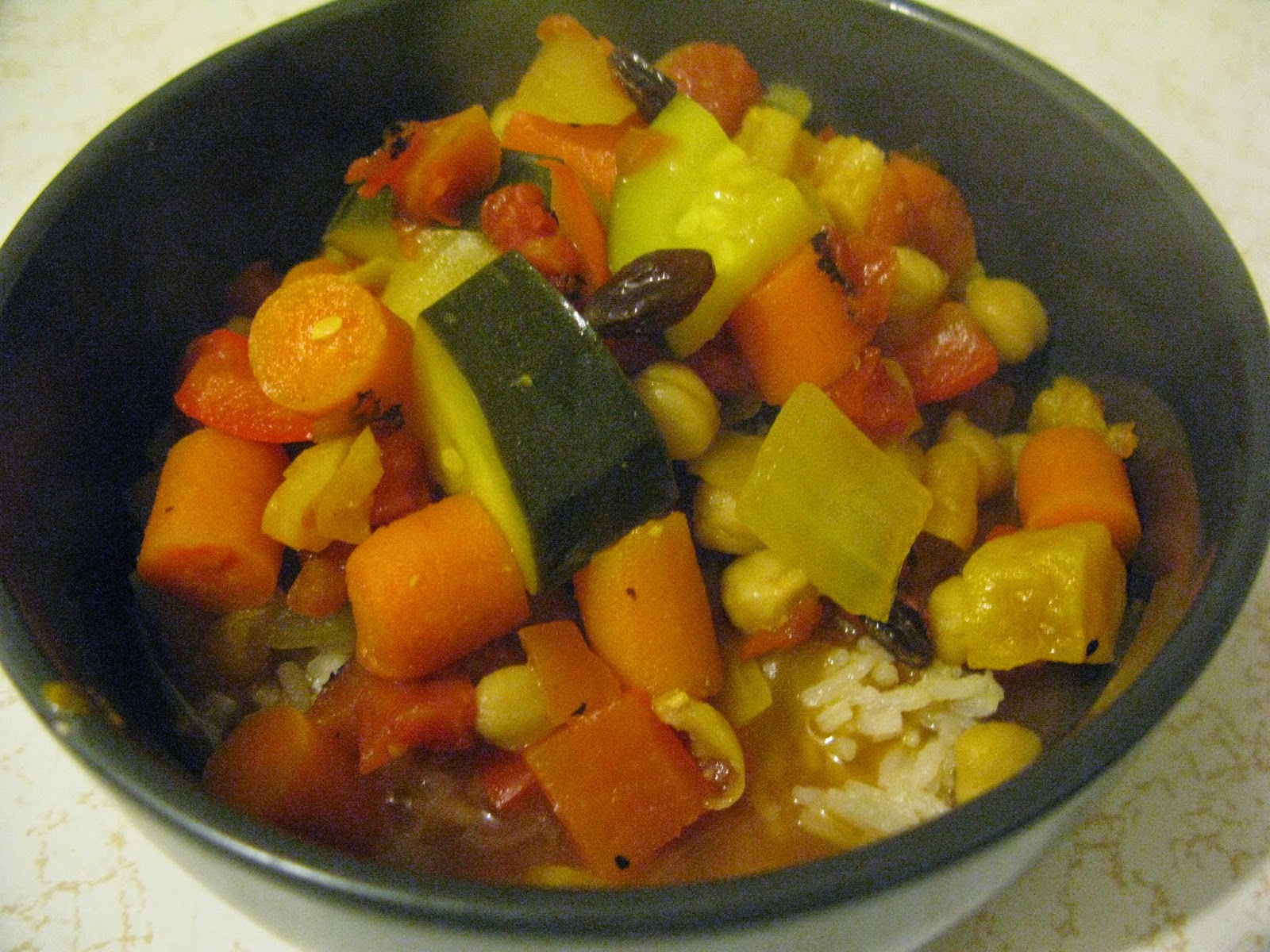 From what I have read online, this is a Tunisian style tagine.  The Tunisian style commonly has cannellini beans or chickpeas.  This tagine is vegetarian, but many versions have meat. 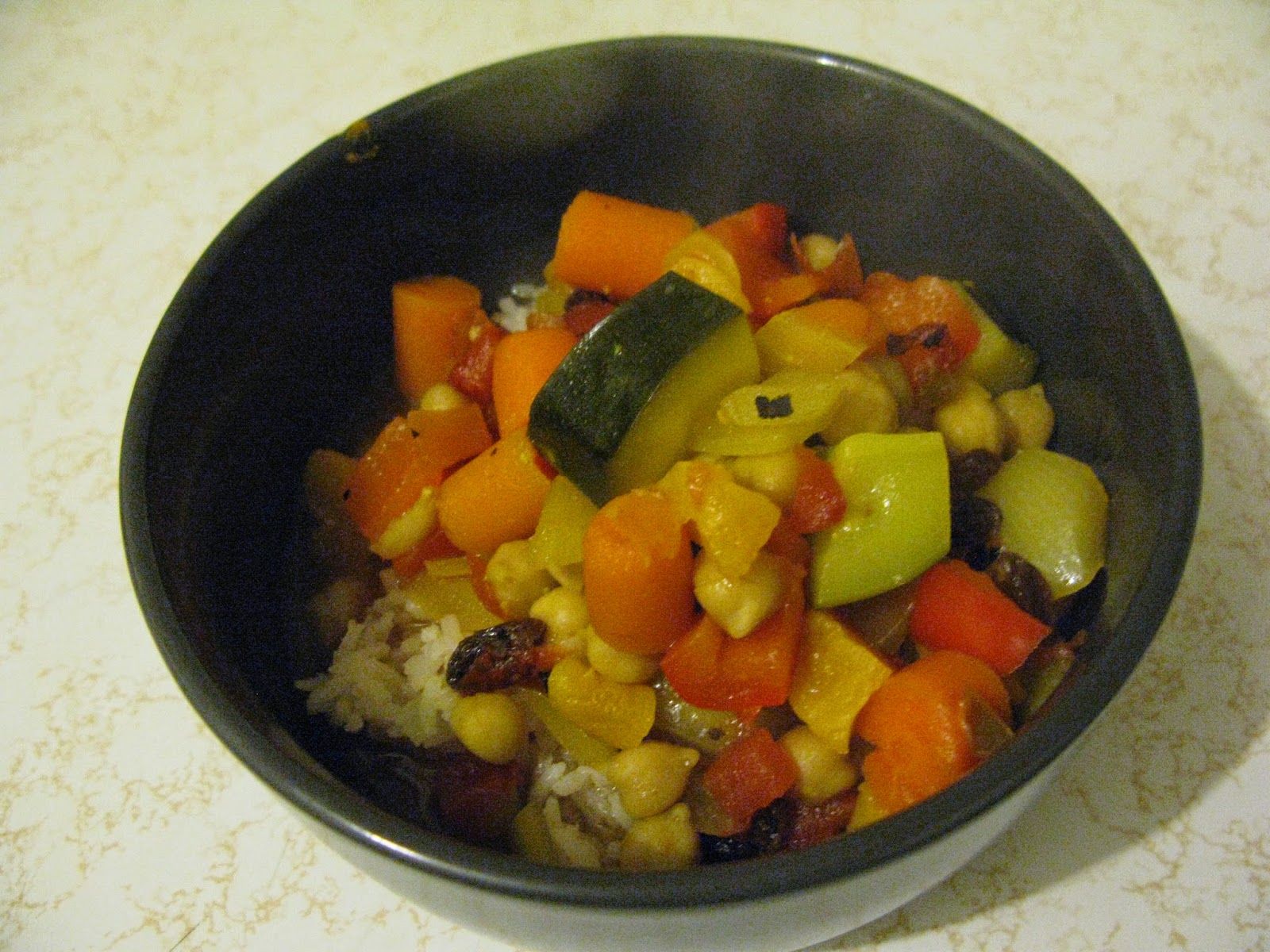 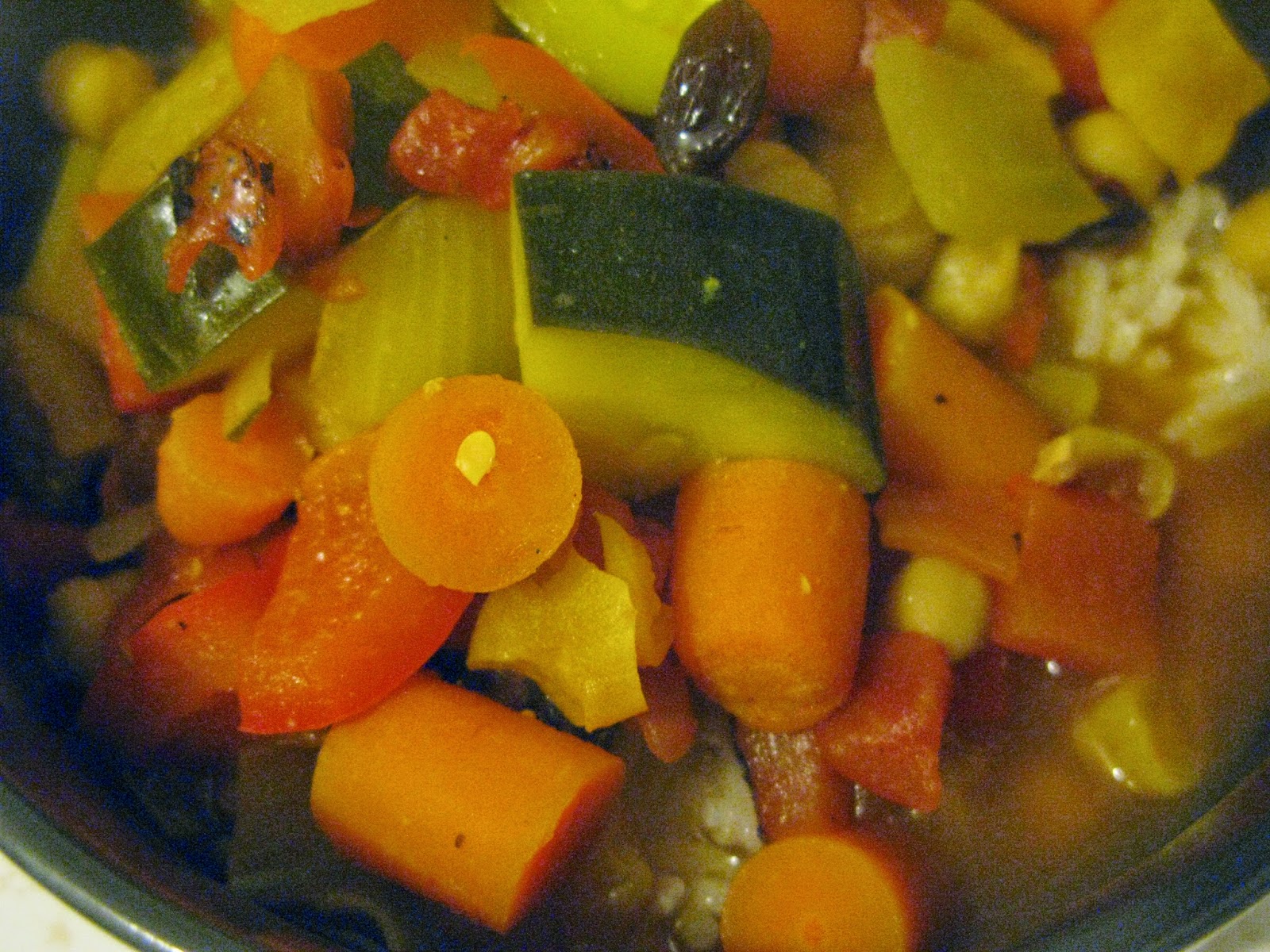 I poured the water into a sauté pan over medium heat.  I added the chopped onion, carrots, and red pepper into the pan. 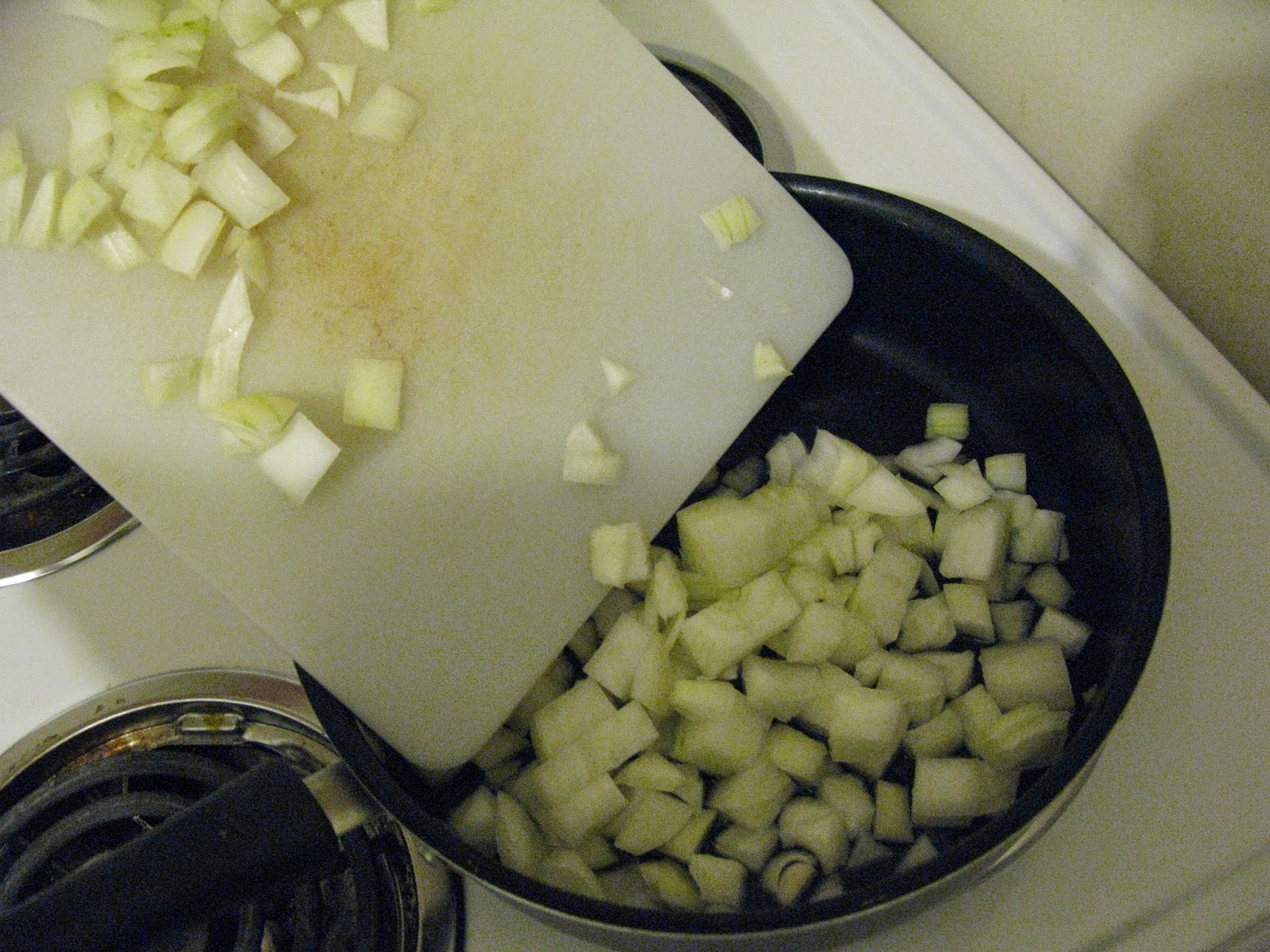 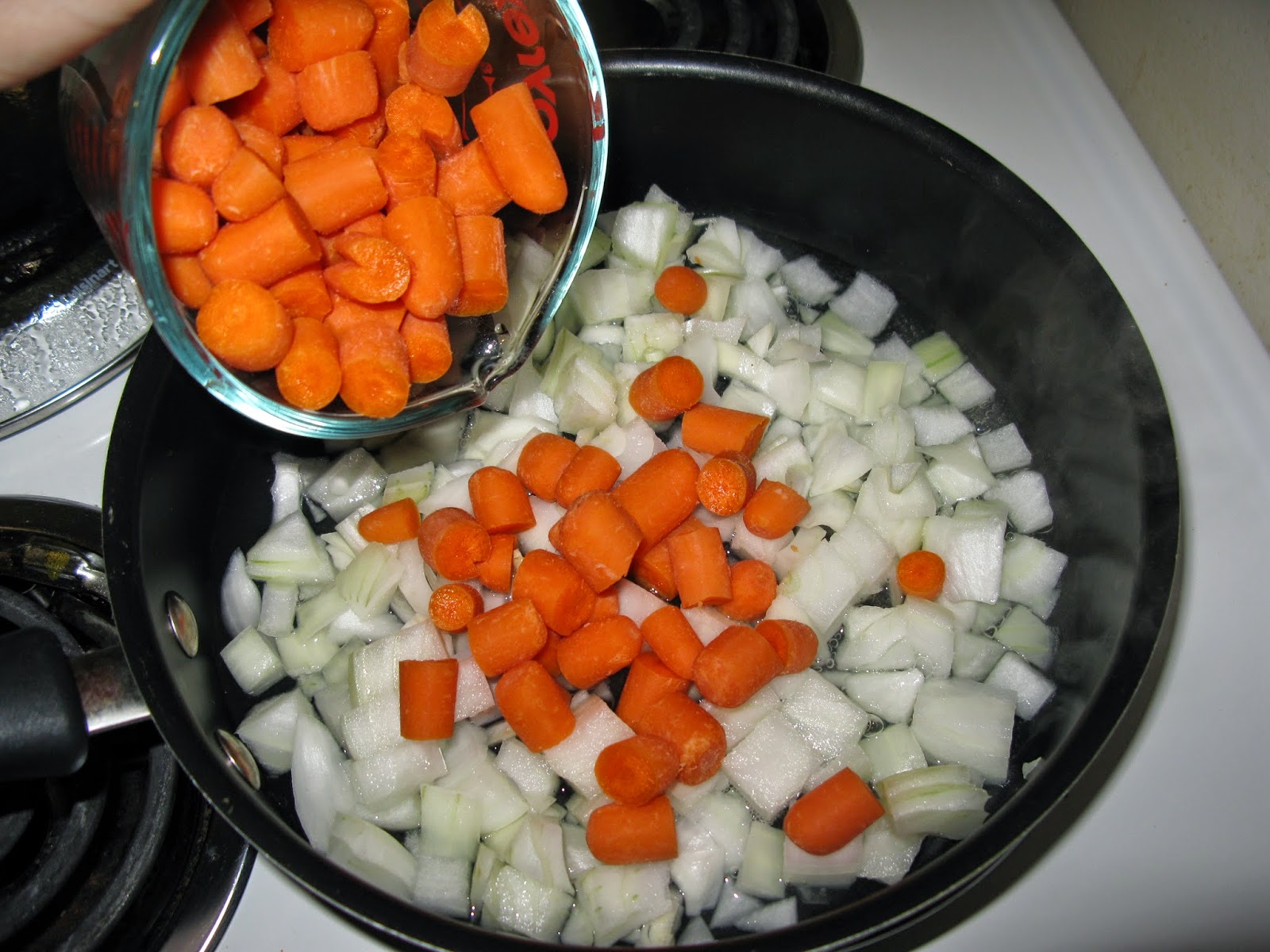 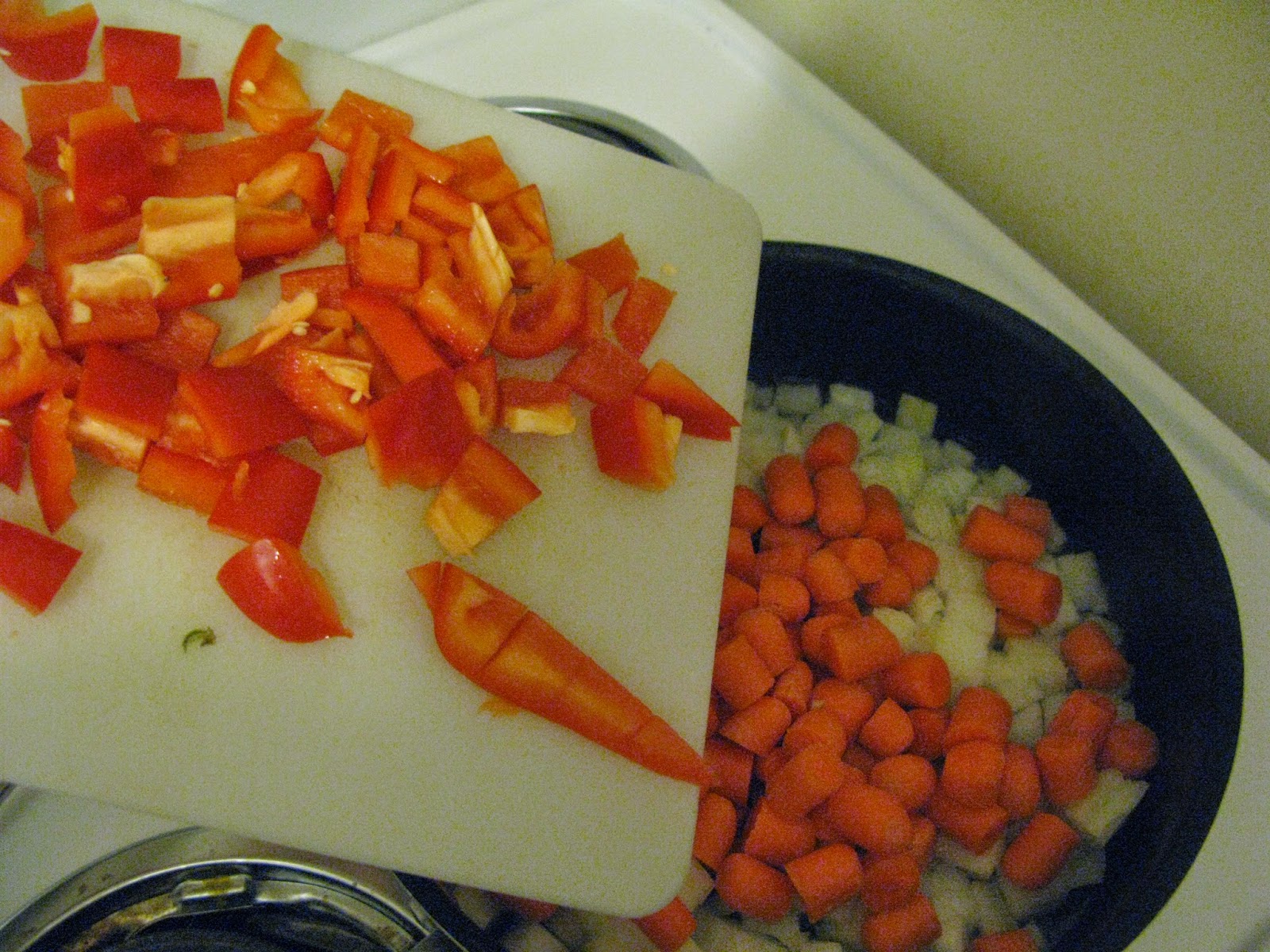 While the vegetables cooked for five minutes, I soaked the chopped, dried apricots in hot water.  The apricots need to soak for 20 minutes. 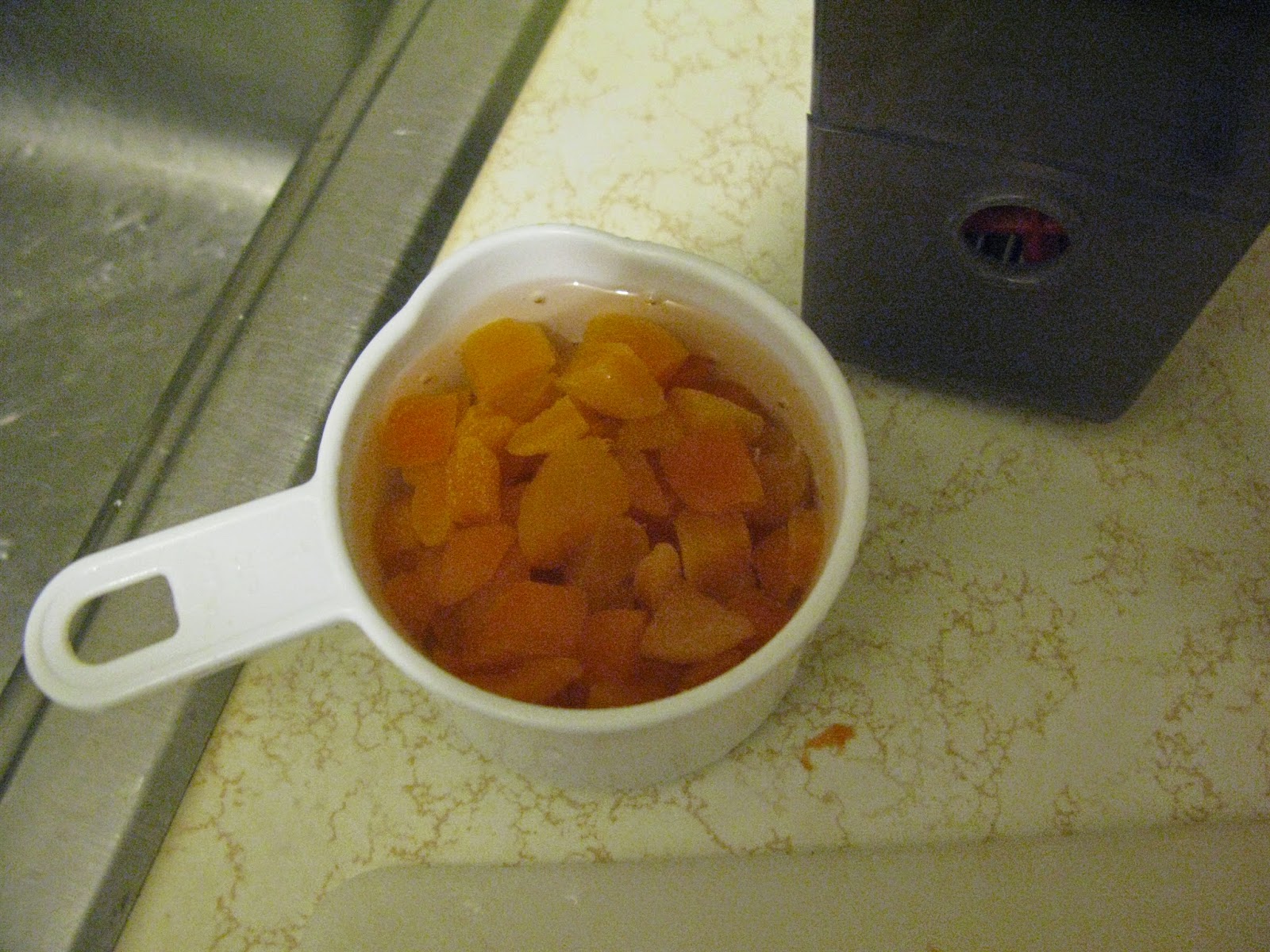 After 5 minutes, I added the zucchini, garlic, cinnamon, turmeric, tomatoes, and stock. 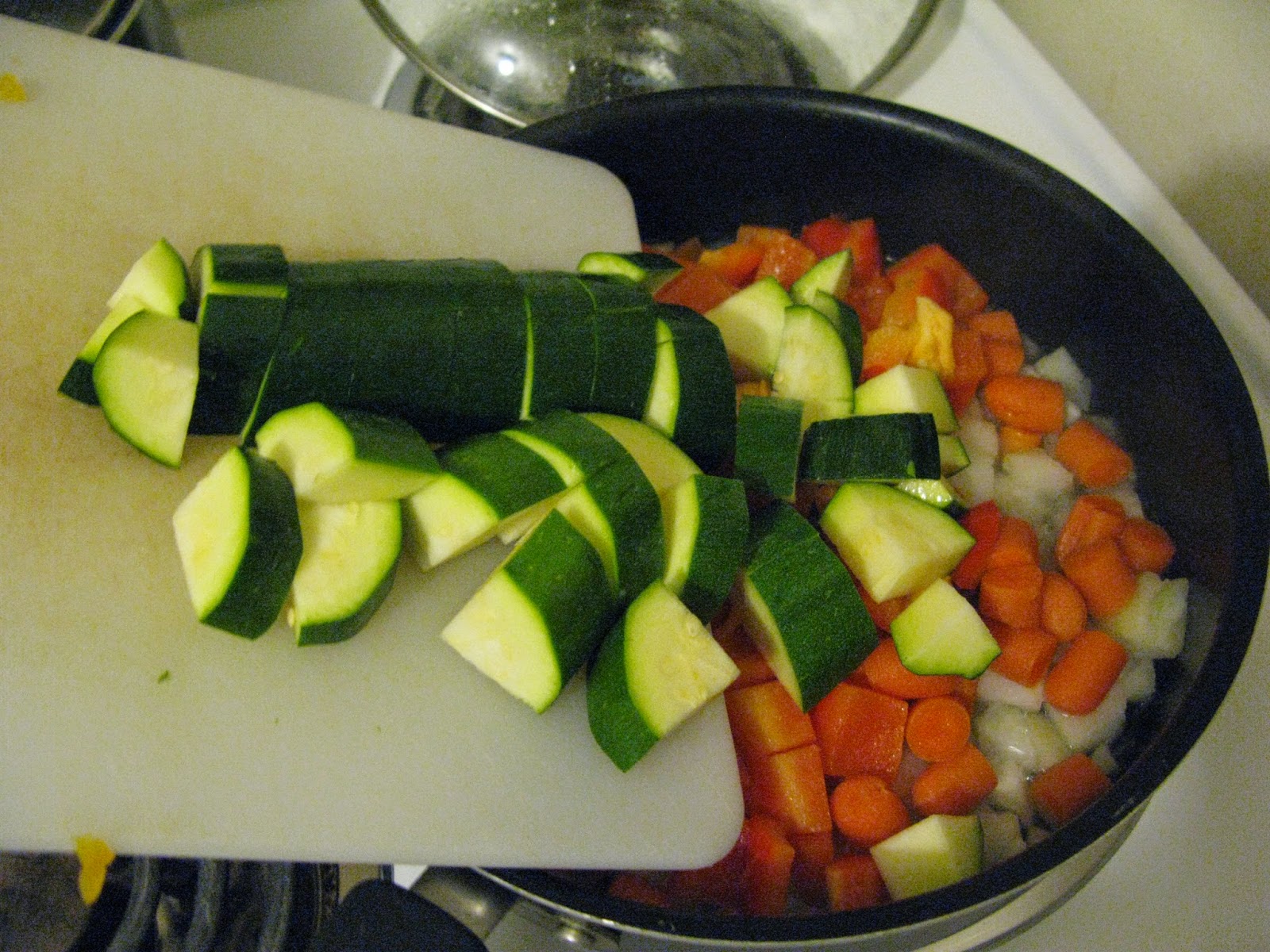 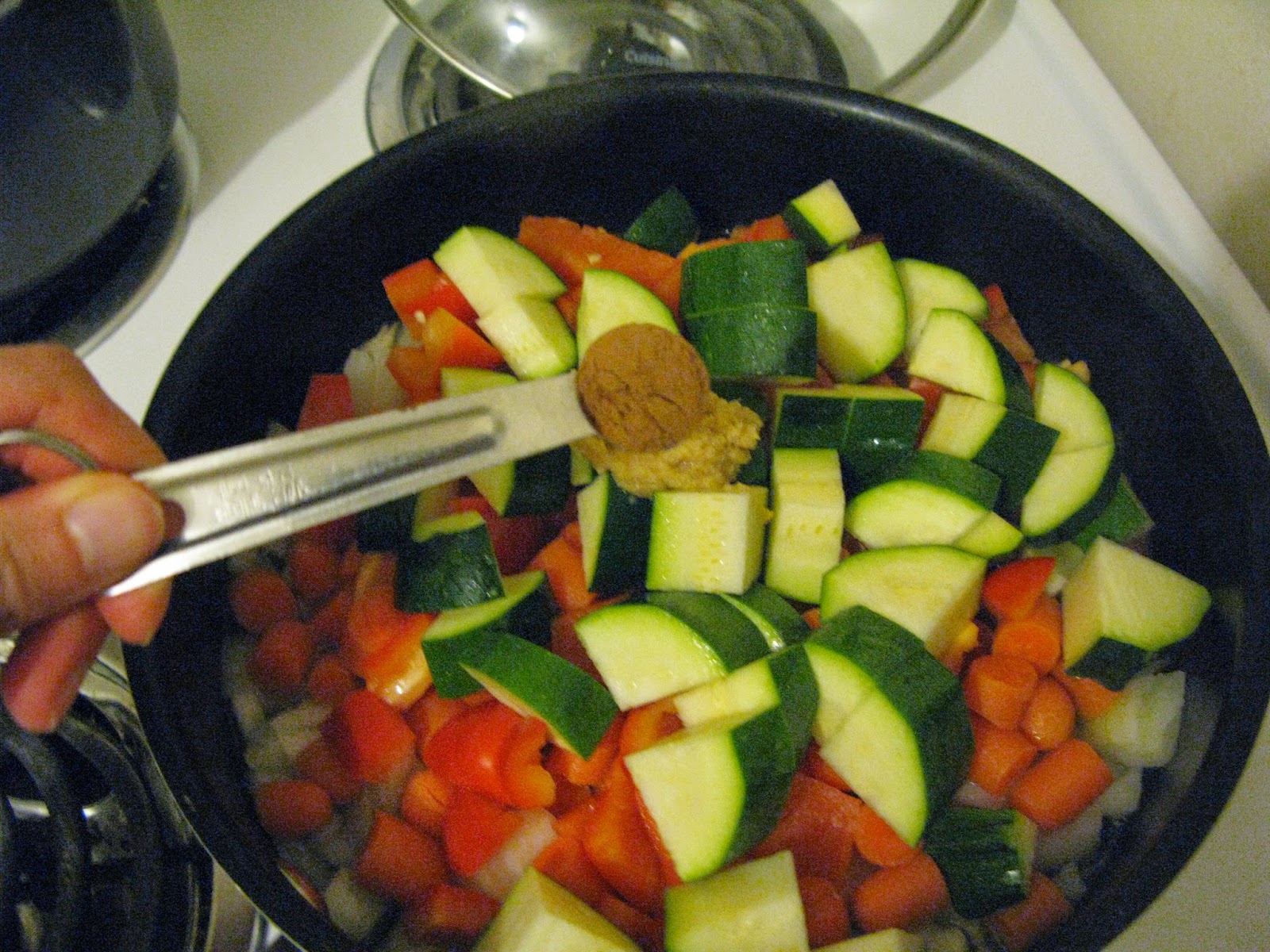 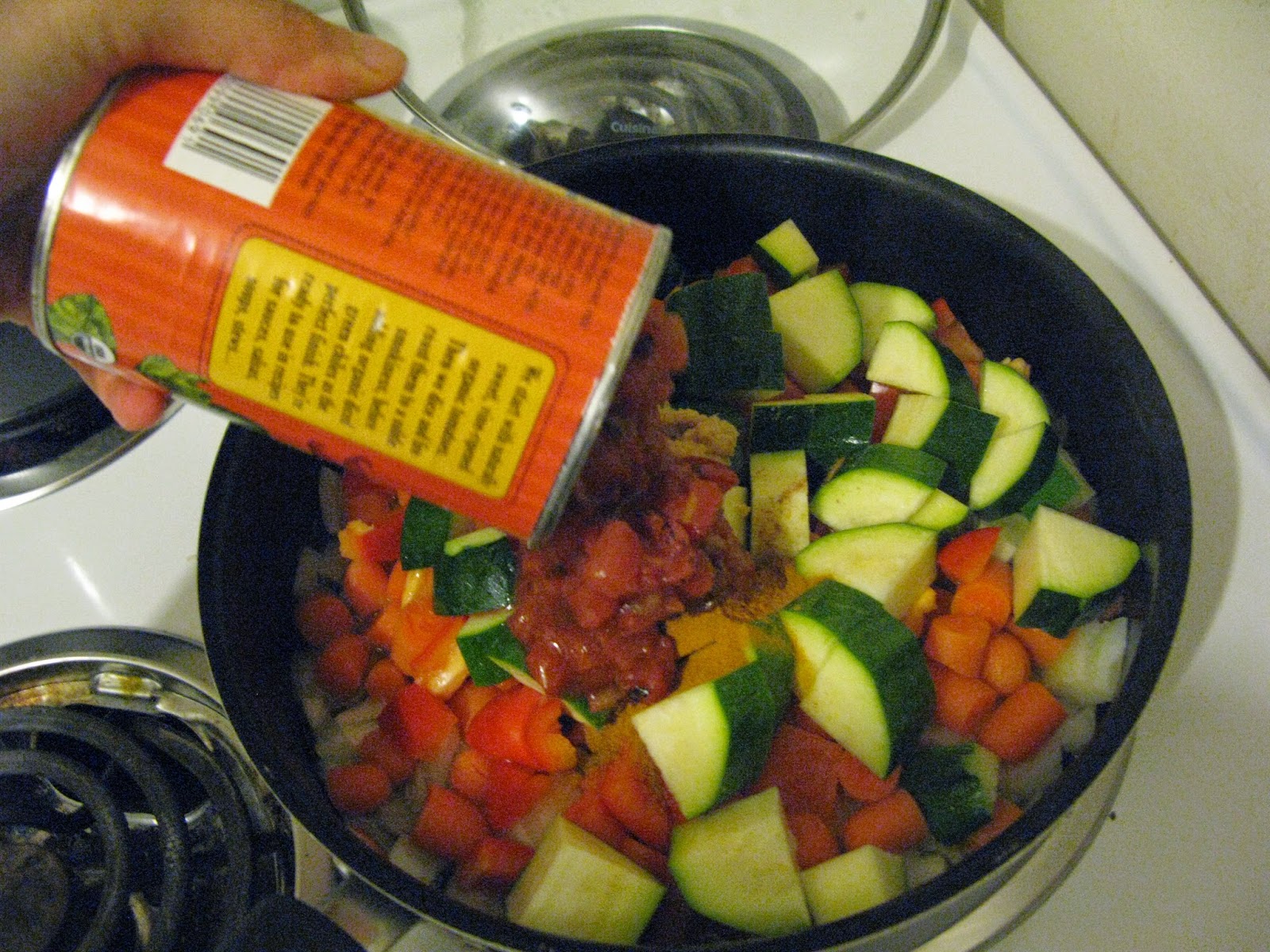 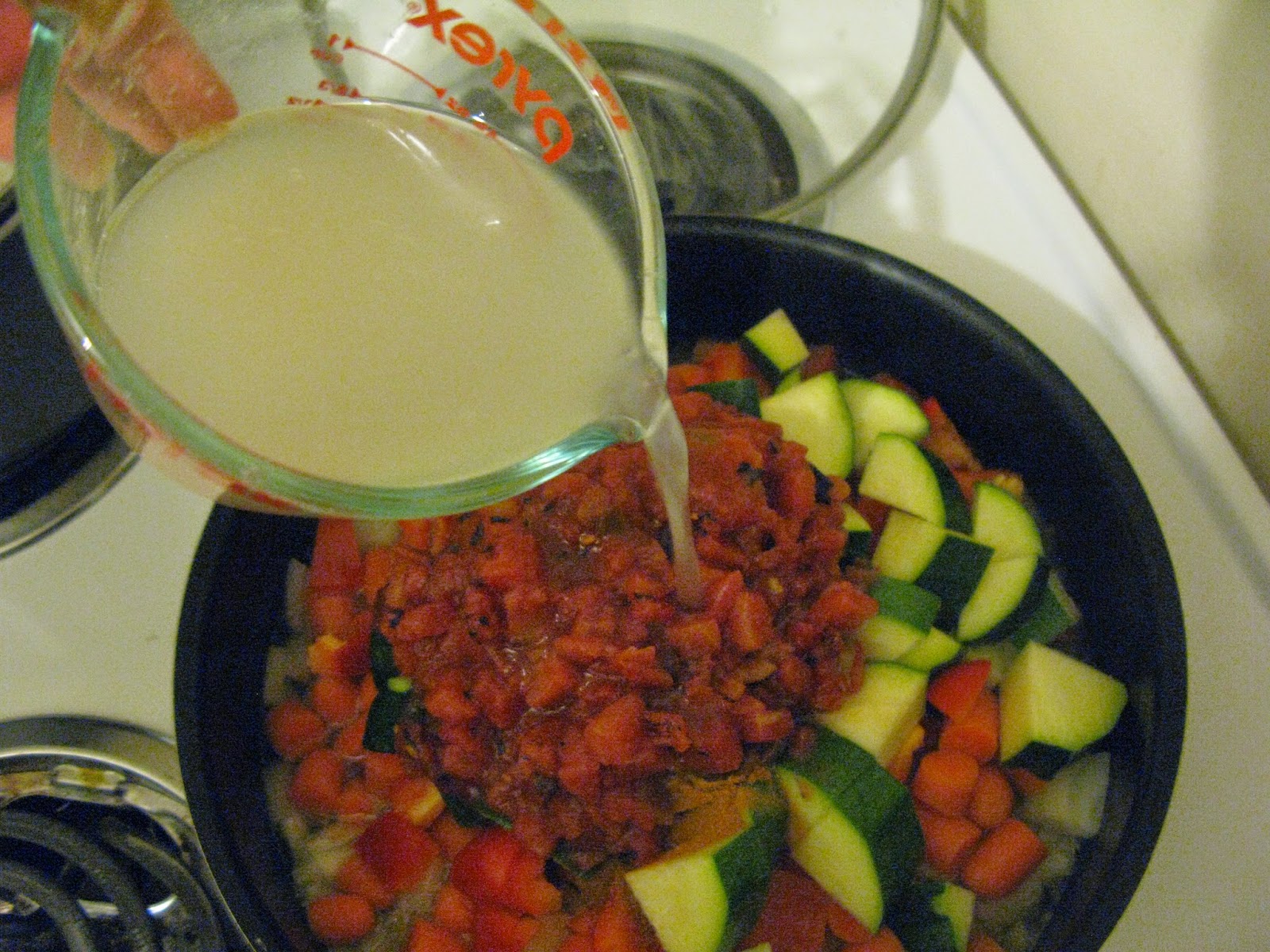 I brought this to a boil and let it simmer on low heat for 20 minutes. 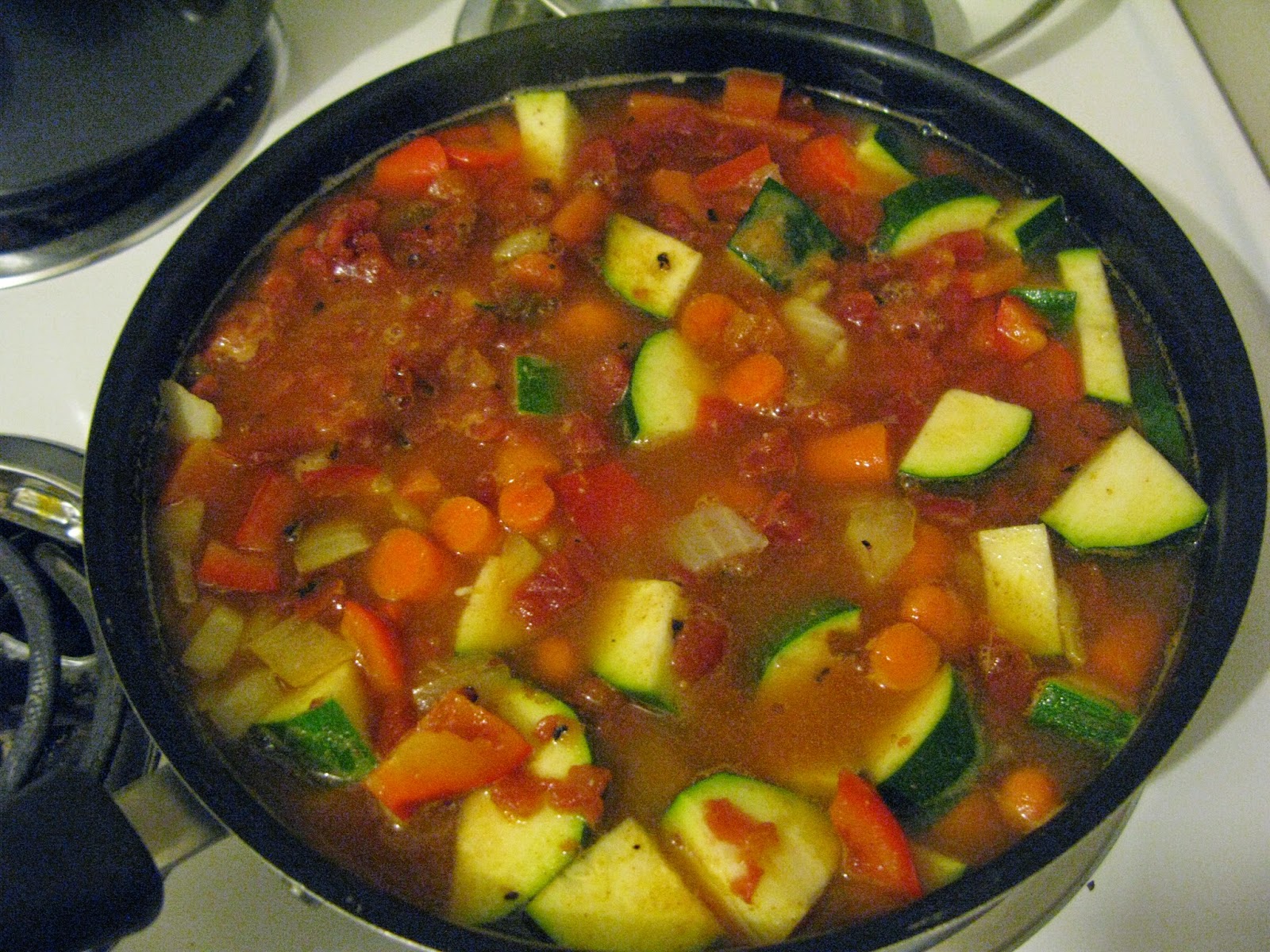 I added the garbanzo beans, apricots with the soaking water, and raisins. 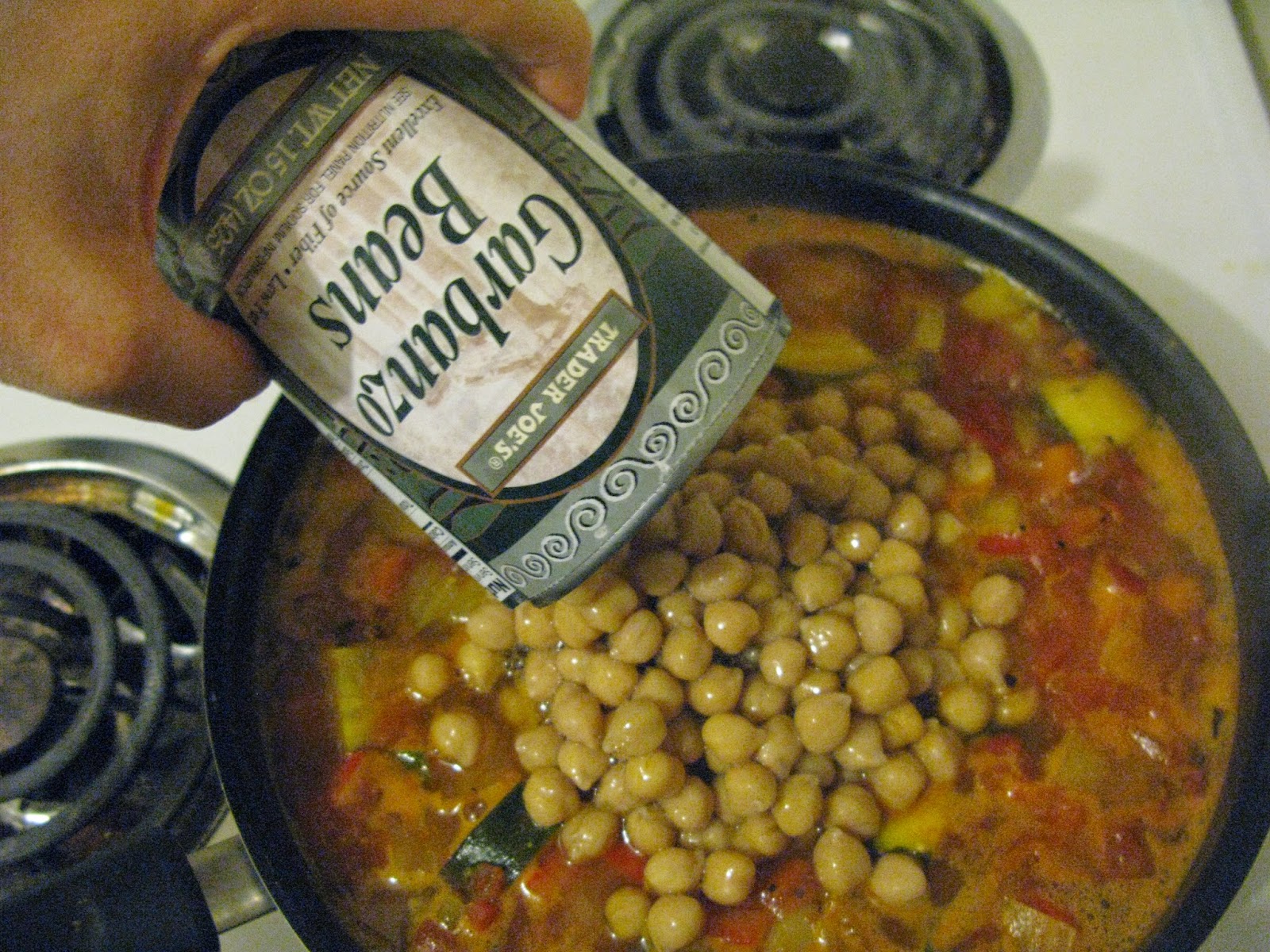 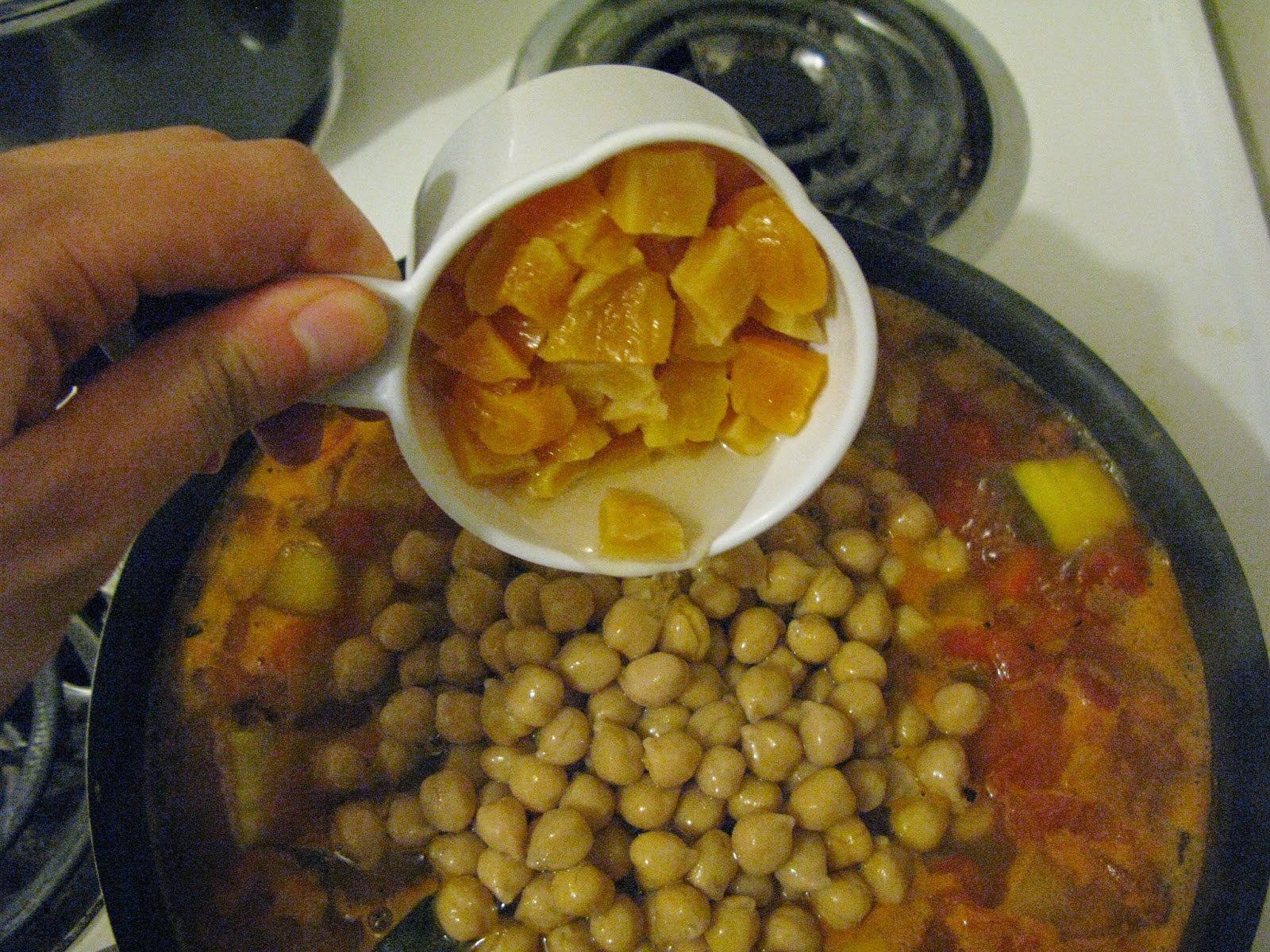 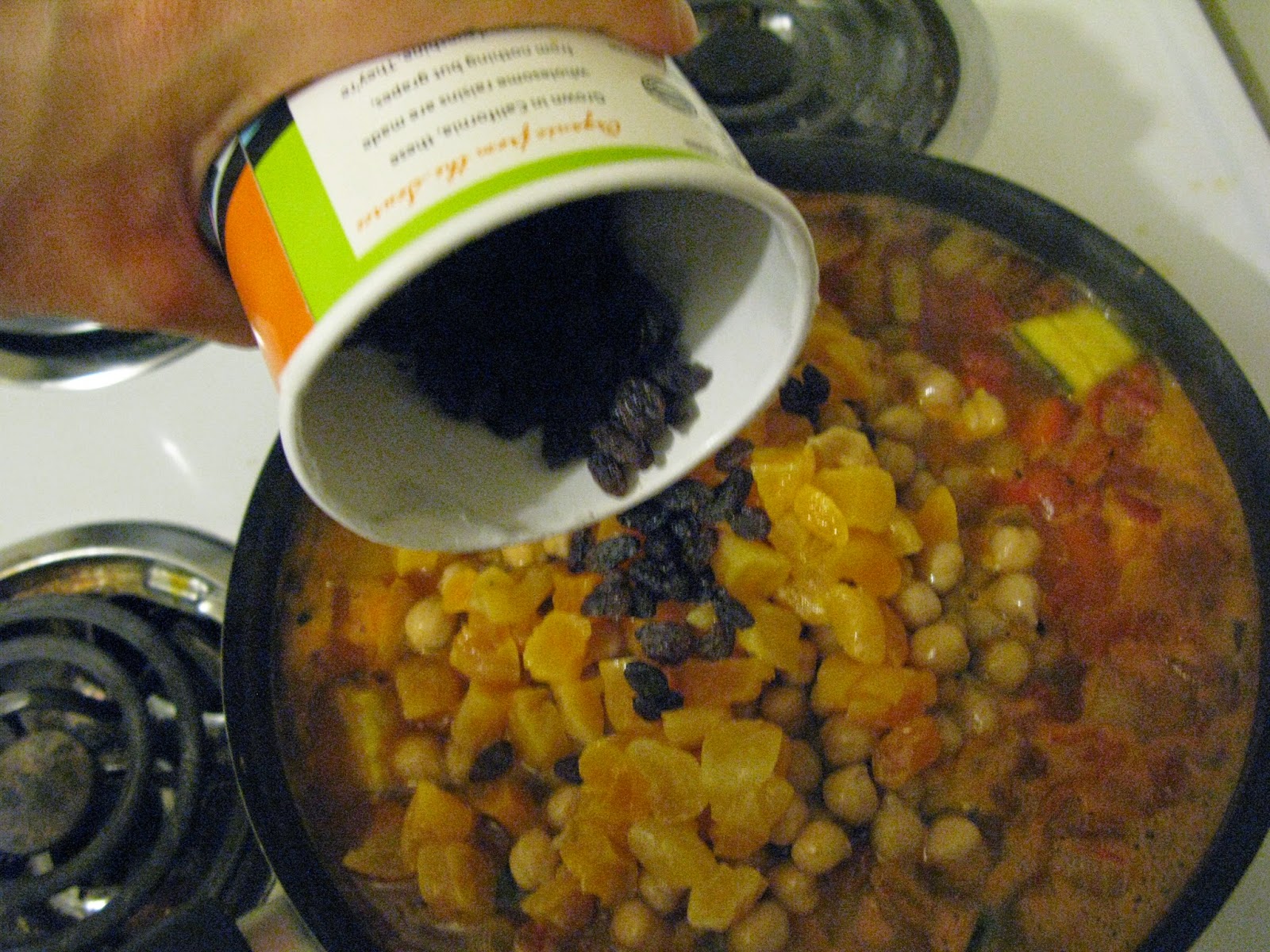 I simmered this for another 5 minutes. 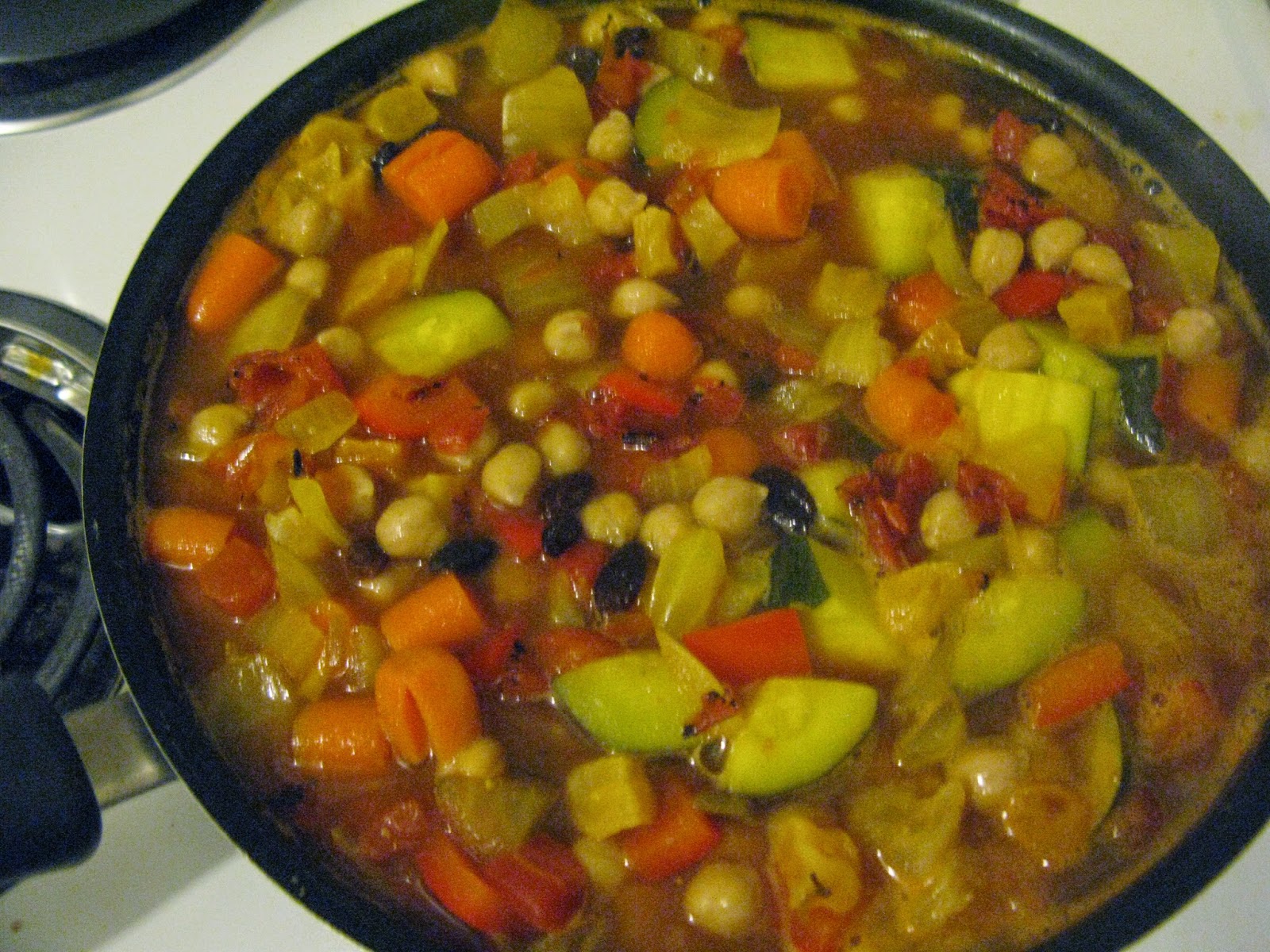 Before serving, I added the juice of one lemon. 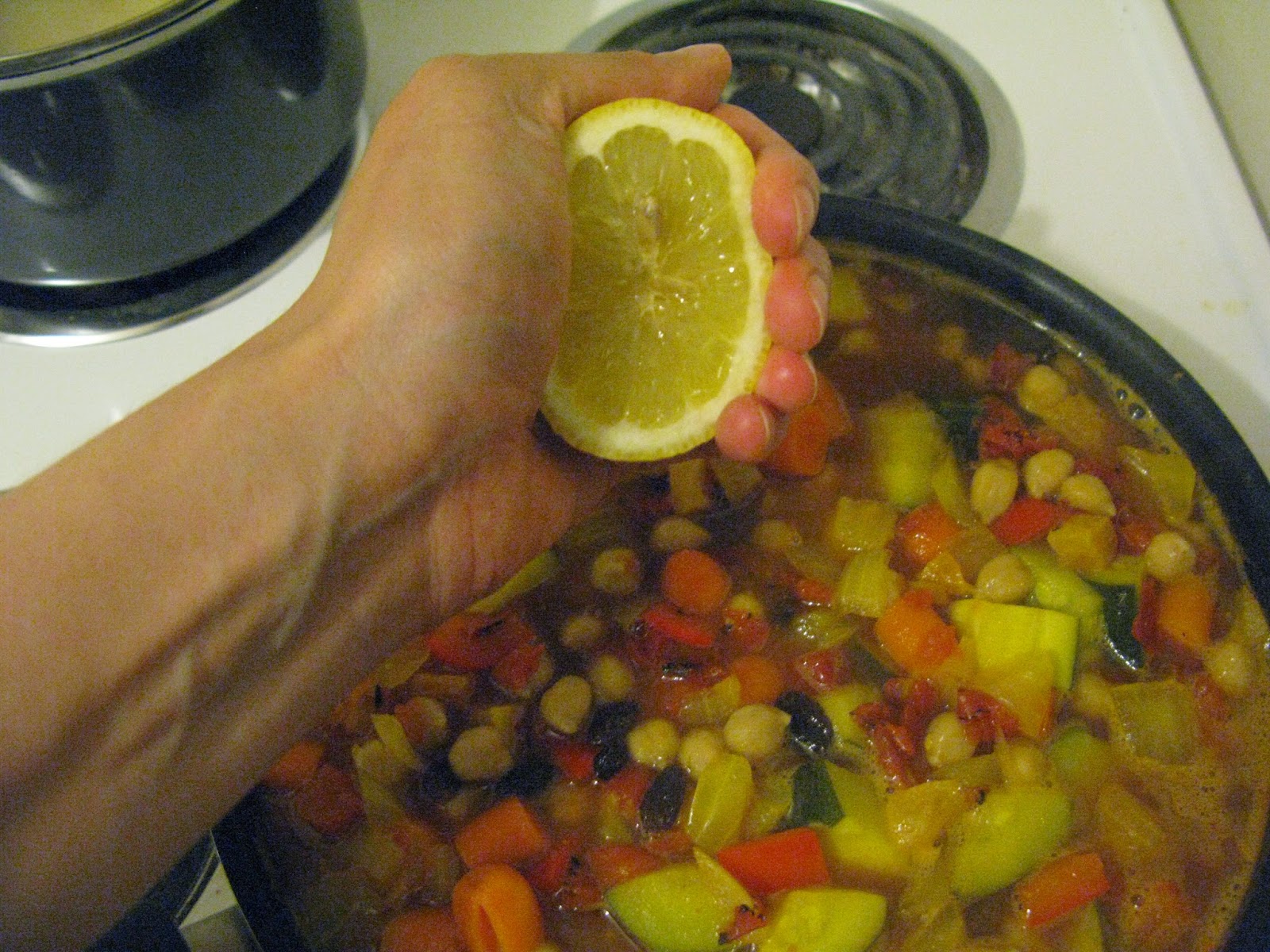 I ate this with rice, but apparently that's not traditional.  It was delicious and very healthy.  There isn't any oil in this recipe. 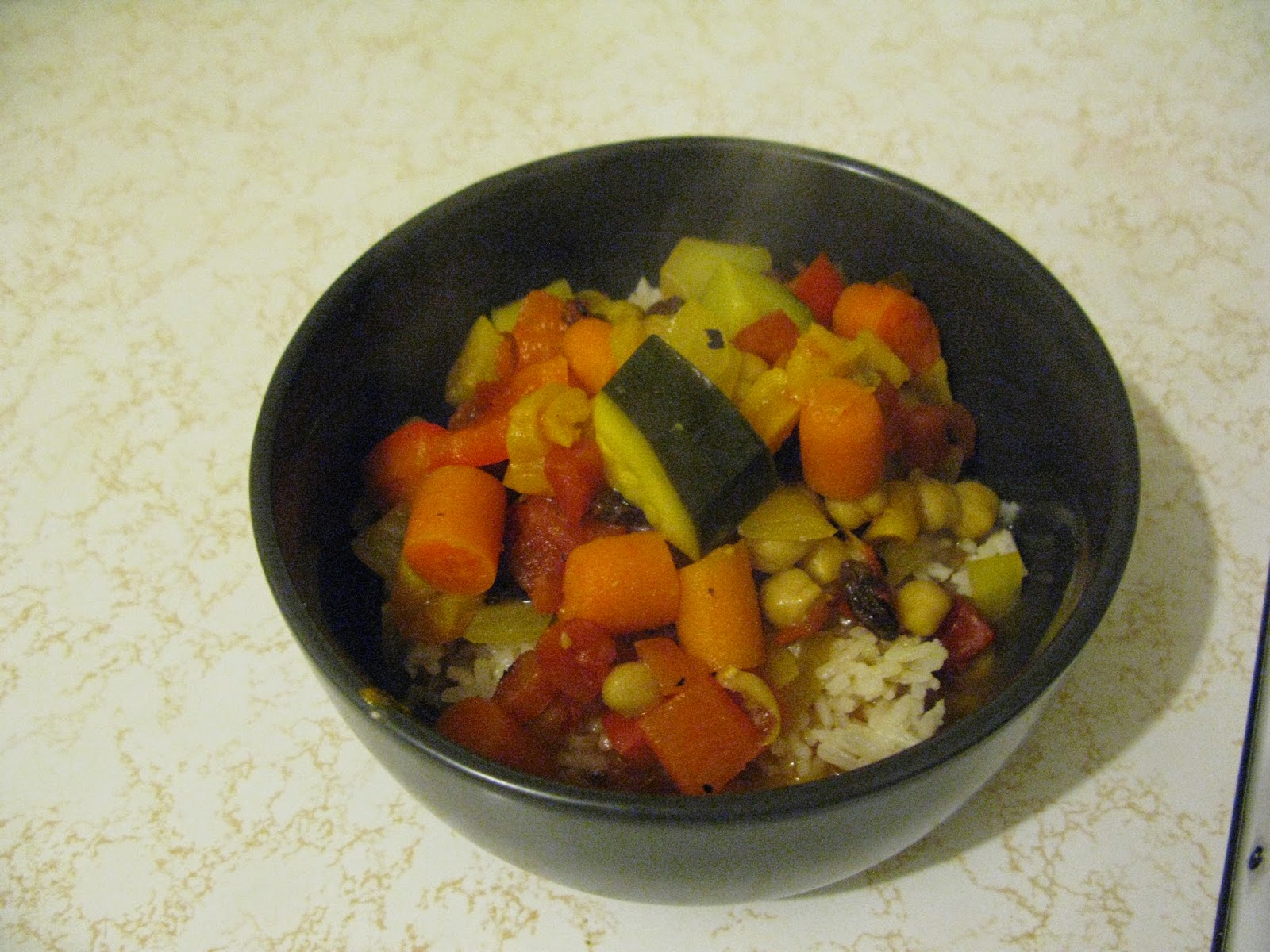 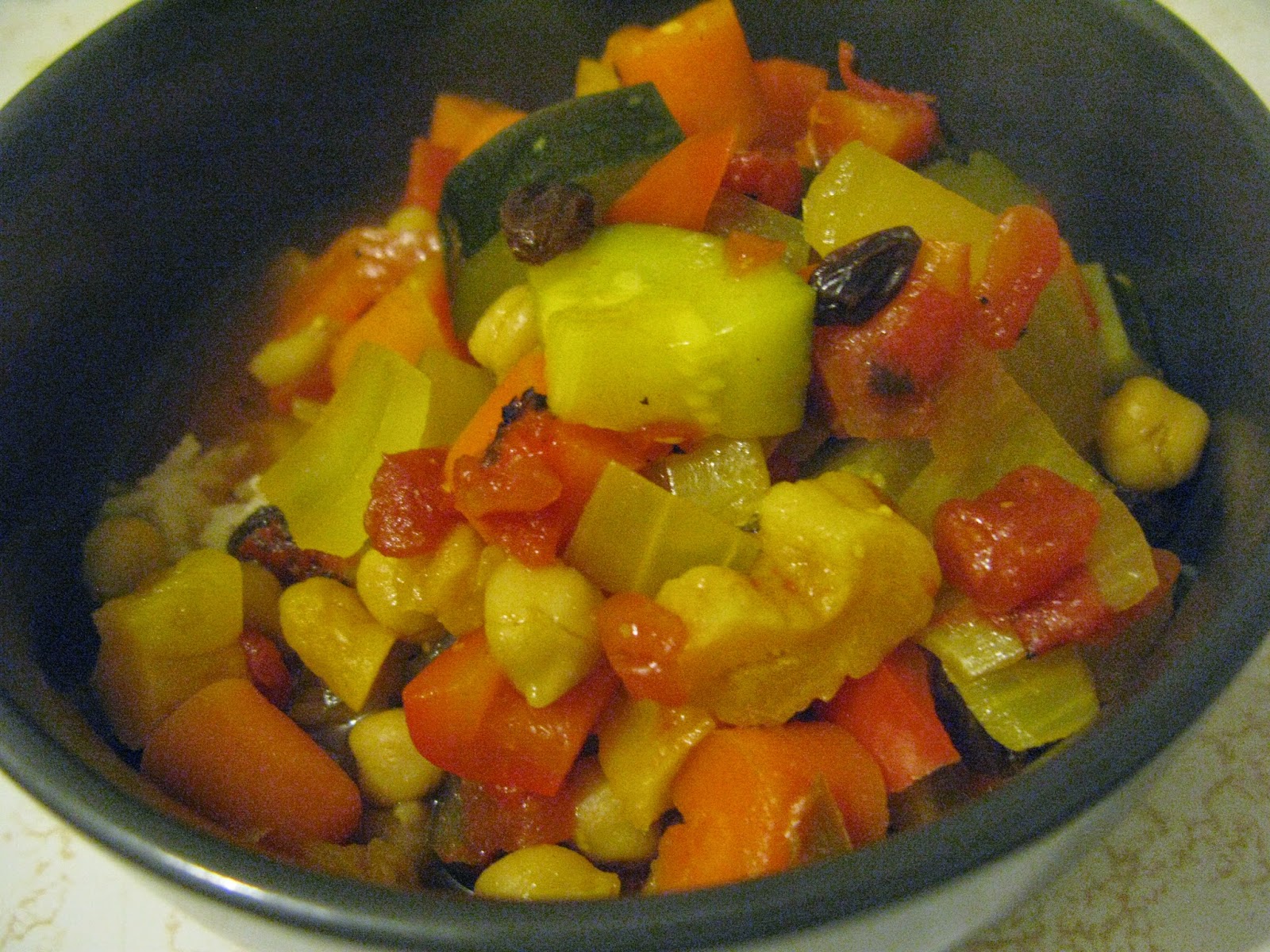 The spices give the vegetables a warm and deep flavor.  The dried fruit add little bursts of sweetness. 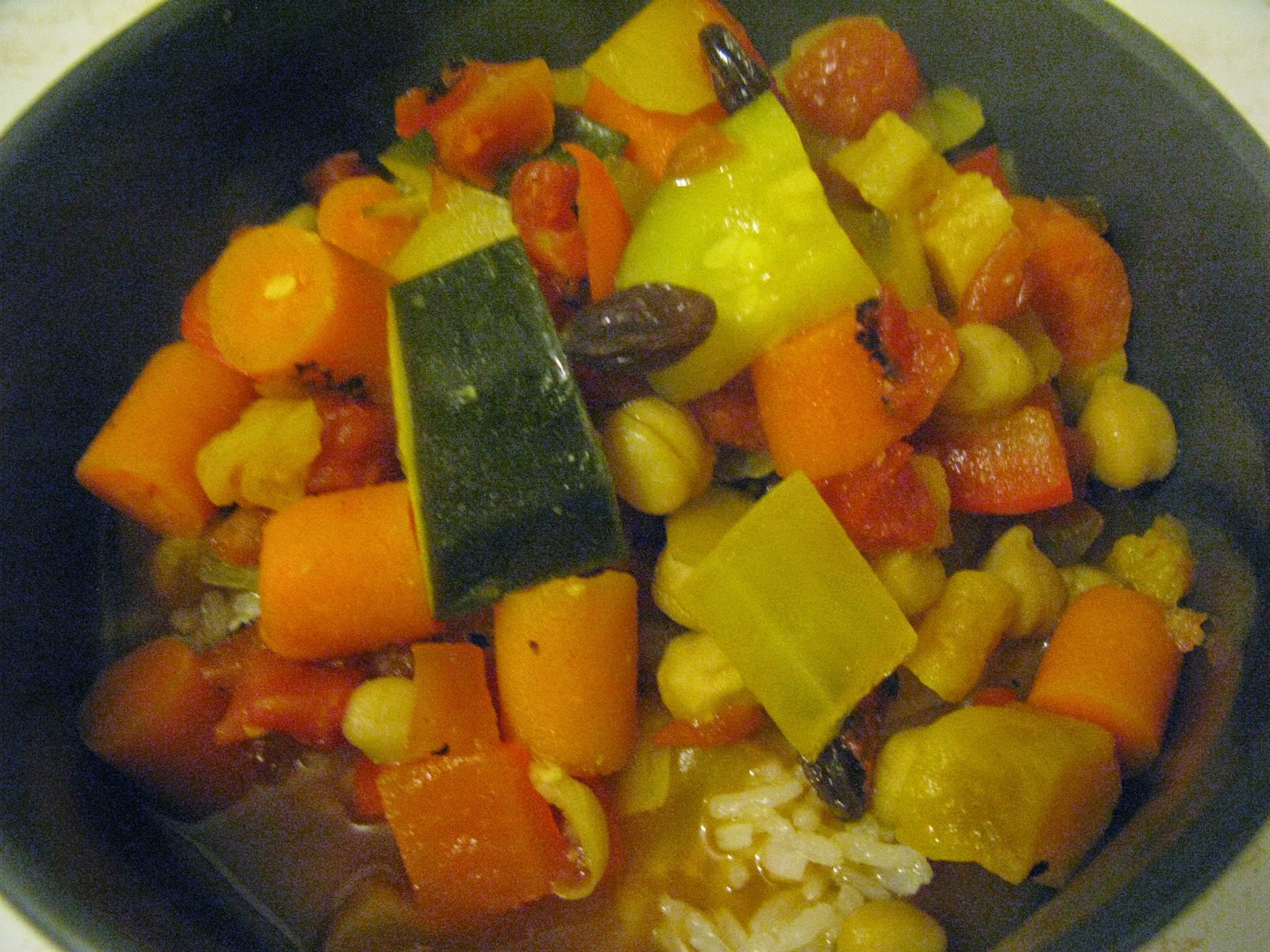 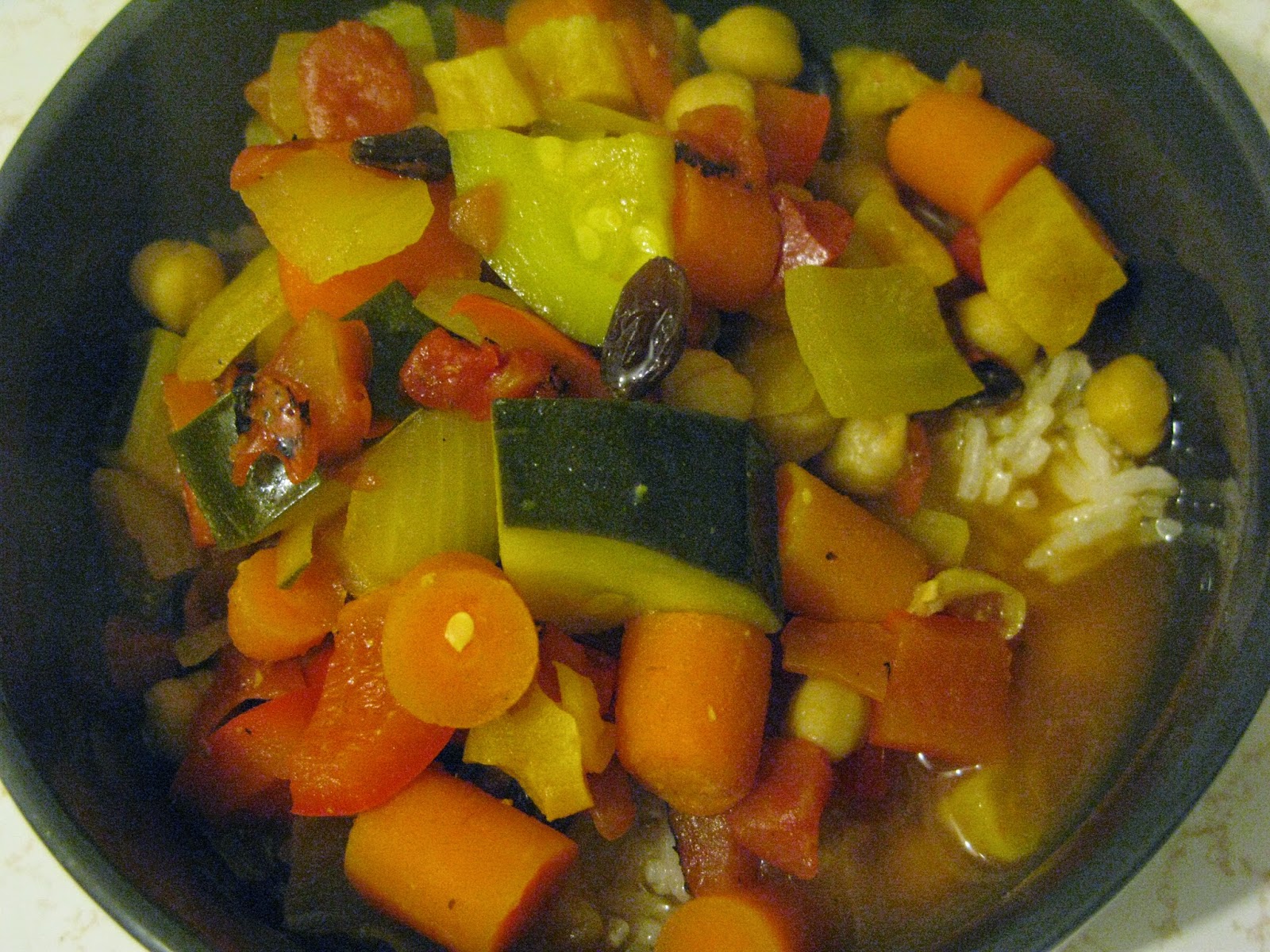 It was a appetizing and delectable dish.  It was also inexpensive to make. 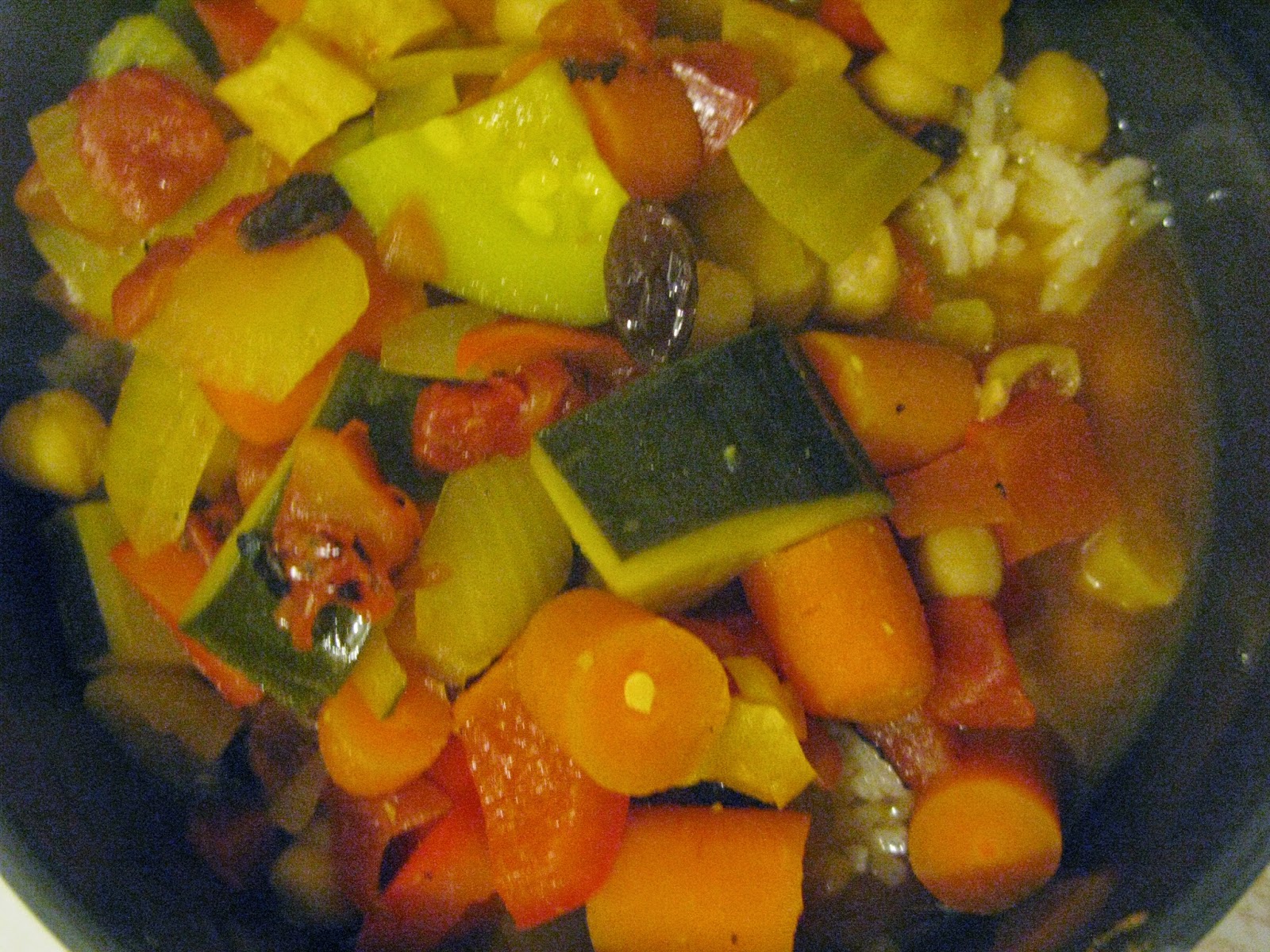