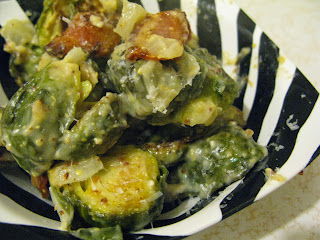 It is snowing outside!  I'm not sure if that's a good thing or a bad thing.  Snow is fun to play in, but it makes traveling a pain.  I'm generally tired of winter by late January.  I think spring should begin in early February. 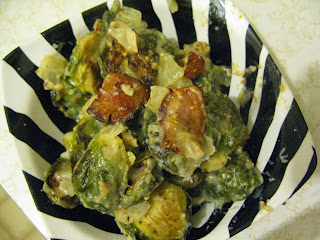 I don’t know if I have ever mentioned this before, but brussels sprouts are one of my favorite vegetables. I like their flavor and how they look like mini cabbages. Eating them makes me feel like I’m a giant. Their weakness is that they smell a little funky. 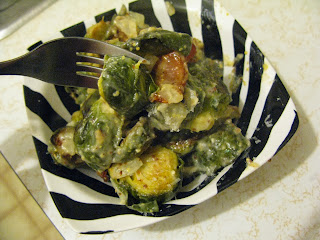 I saw this recipe on Closet Cooking and knew I had to try it. I increased the amount of brussels sprouts to two pounds because I don’t like things swimming in sauce, unless it’s fries with ketchup. 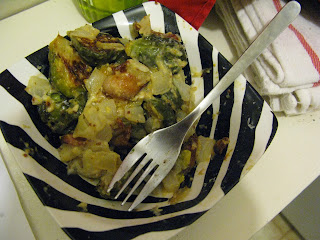 I chopped the sprouts in half and spread them in a single layer on a baking sheet with sides. I sprinkled the brussels sprouts with olive oil and salt. I baked them at 400 degrees Fahrenheit for 25 minutes. I stirred them halfway through the cooking time. 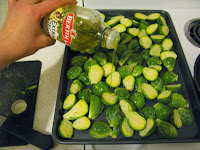 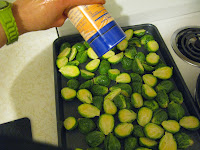 While the brussels spouts are baking, I cooked the chopped bacon in a skillet. It might be easier to chop the bacon after it is cooked. 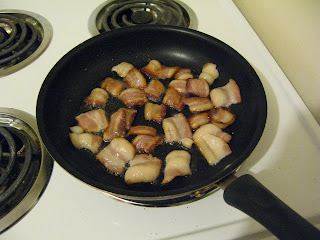 I removed the cooked bacon and kept about 2 tablespoons of the bacon fat in the pan. I sautéed the diced onion in the bacon fat for about 7 minutes. 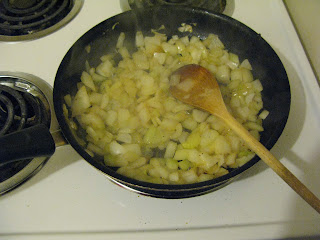 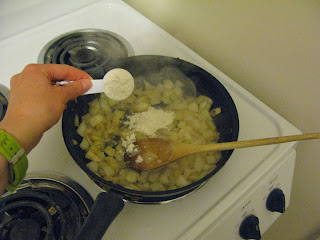 Once the flour was brown, I added the milk, salt, mustard, and grated parmesano reggiano cheese. I went heavy on the cheese. 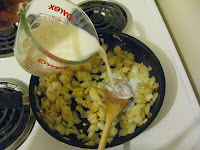 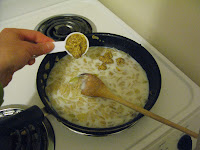 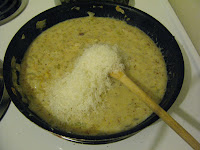 Once the sauce was smooth, I added the Brussels sprouts and bacon. I also added a little more salt after tasting it. 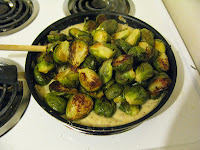 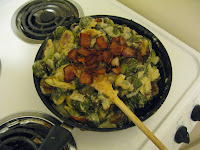 This was an appetizing and nourishing side dish. It’s creamy, tangy, and healthy. 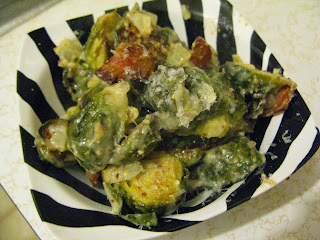 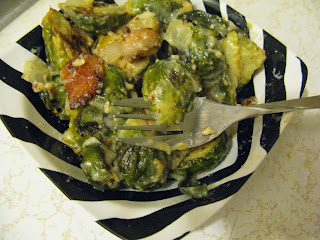 I love Brussels sprouts too! And I'm soooooooo tired of the snow and cold. It's horrible!

I LALALALLOOOOOOVE brussels! And with bacon?! Score!

Laura, In my opinion, it's definitely time for spring!

this looks like a DELICIOUS way to eat brussels, and I've been looking for a new recipe besides my favorite (simply roasted with bacon). will have to give this a try!