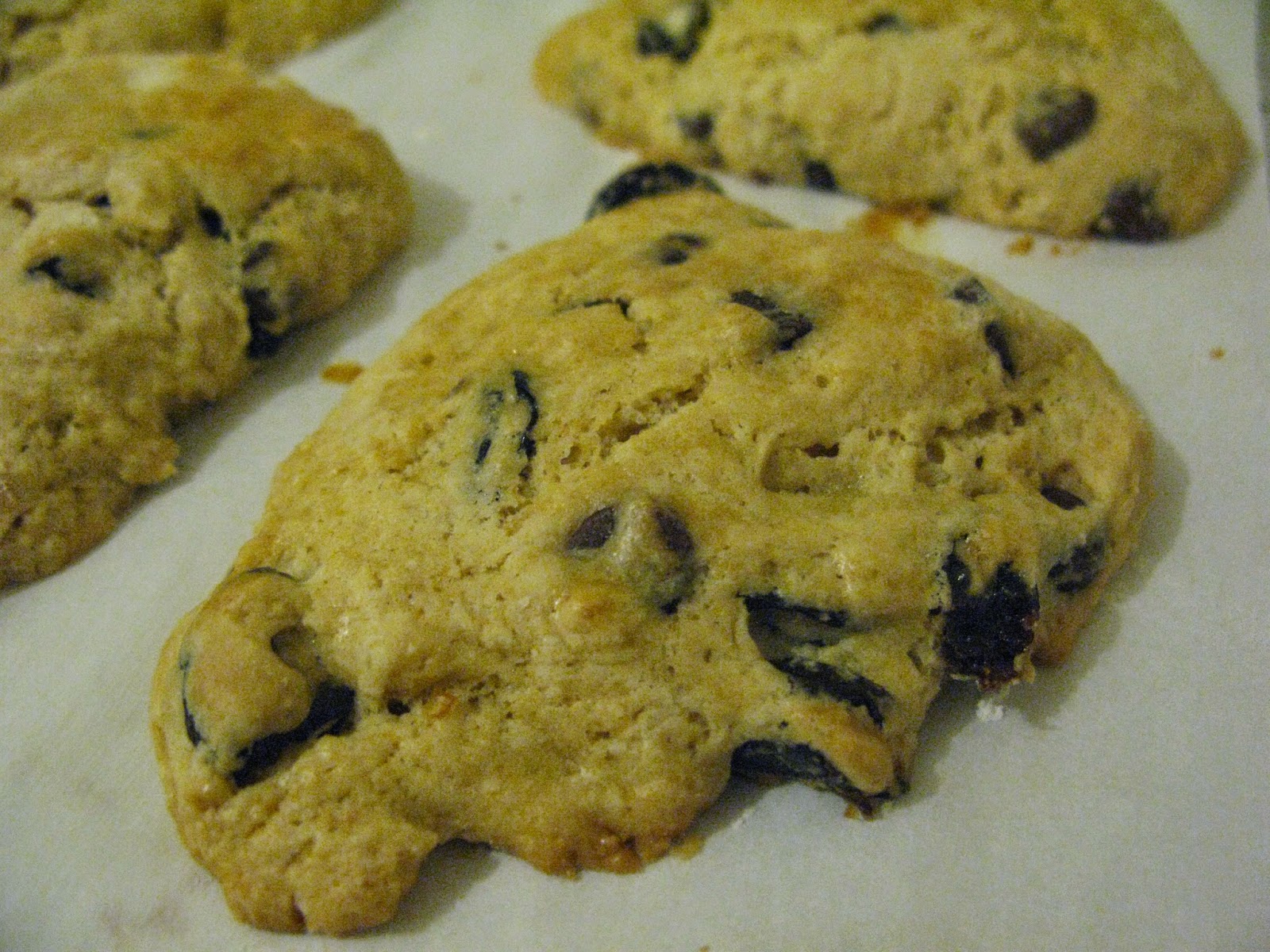 It seems that DC is blanketed with adds for Ben and Jerry's new "cone" ice creams.  Do you know what I'm talking about?  Apparently, they have a column of fudge, caramel, or jam in the center of the pint.  There in metro stations and bus stations throughout the city. 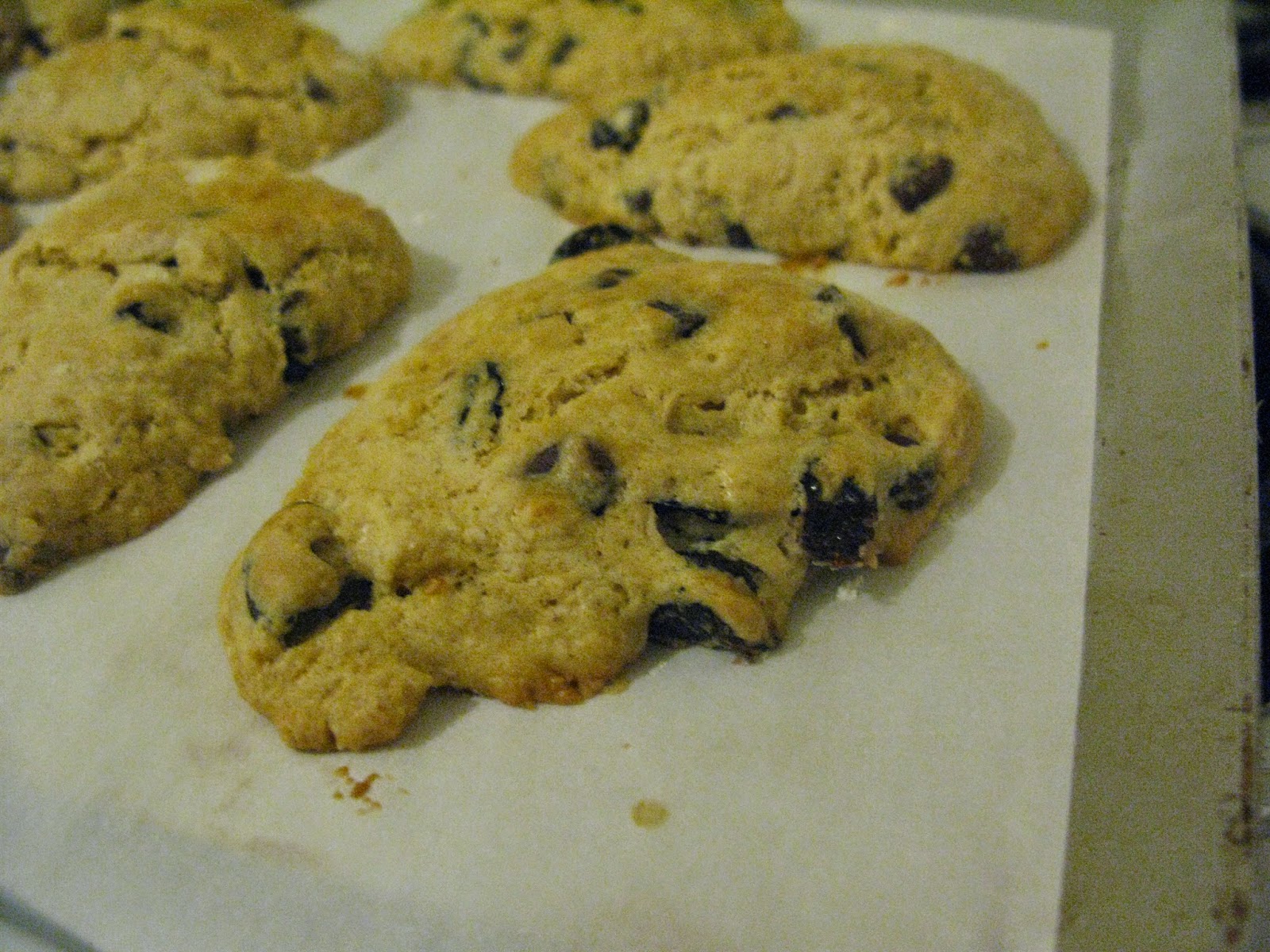 I can't keep my eyes off of them.  I'm drawn to the advertisements like a bug to a light.  I looked for them at the grocery store earlier this week, but the store did not have a single one.  The just had the regular old Ben & Jerry's. 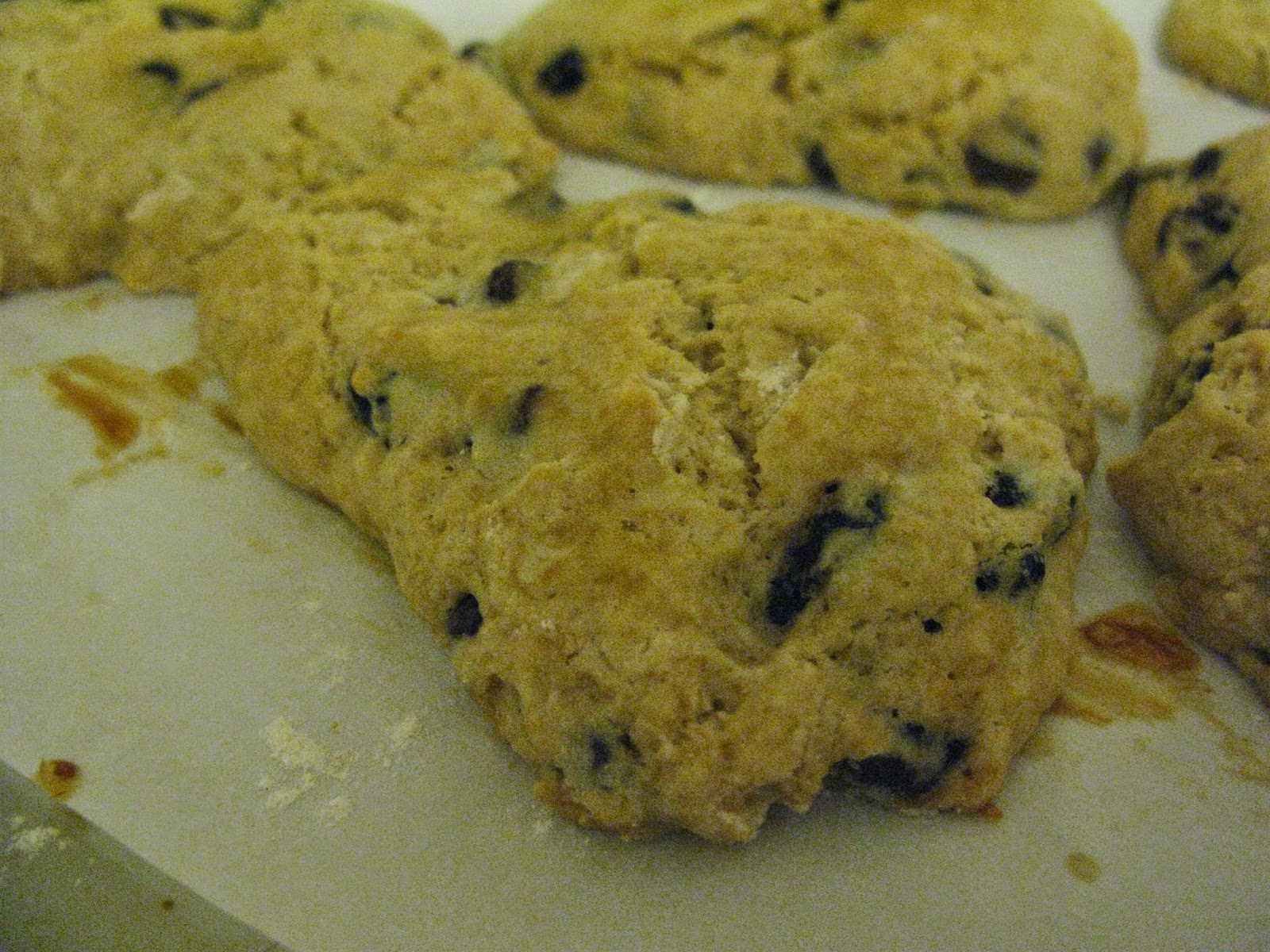 Today after gorging myself on hot pot, I went to the grocery store again for the sole purpose of buying a pint, but again there wasn't any to be found.  I'm beside myself with what to do.  It's been the trial of my week. 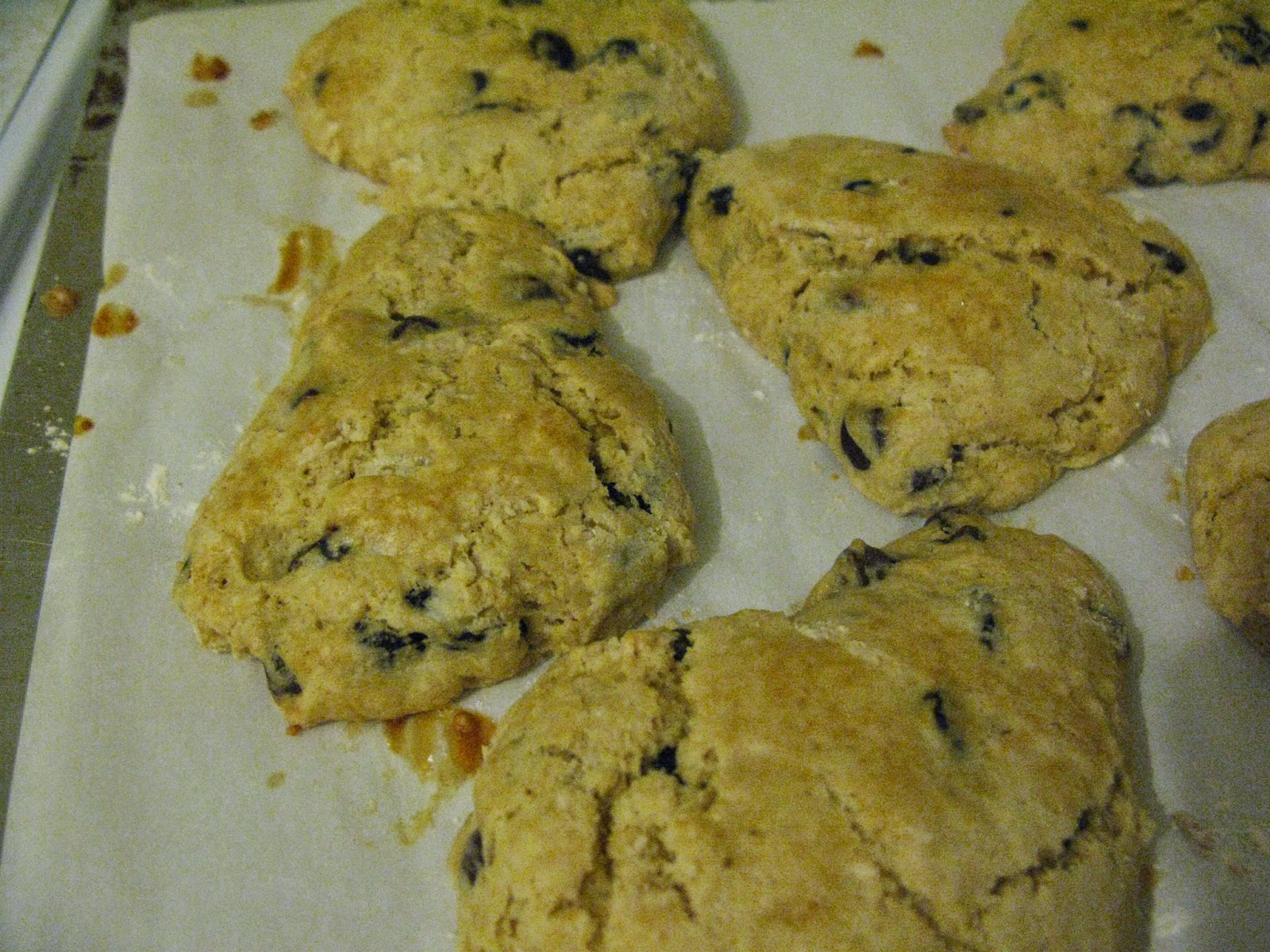 This week I ate scones for breakfast.  It's been far too long since I made scones.  Scones were first mentioned in 1513.  There are several theories about the origin of the word. 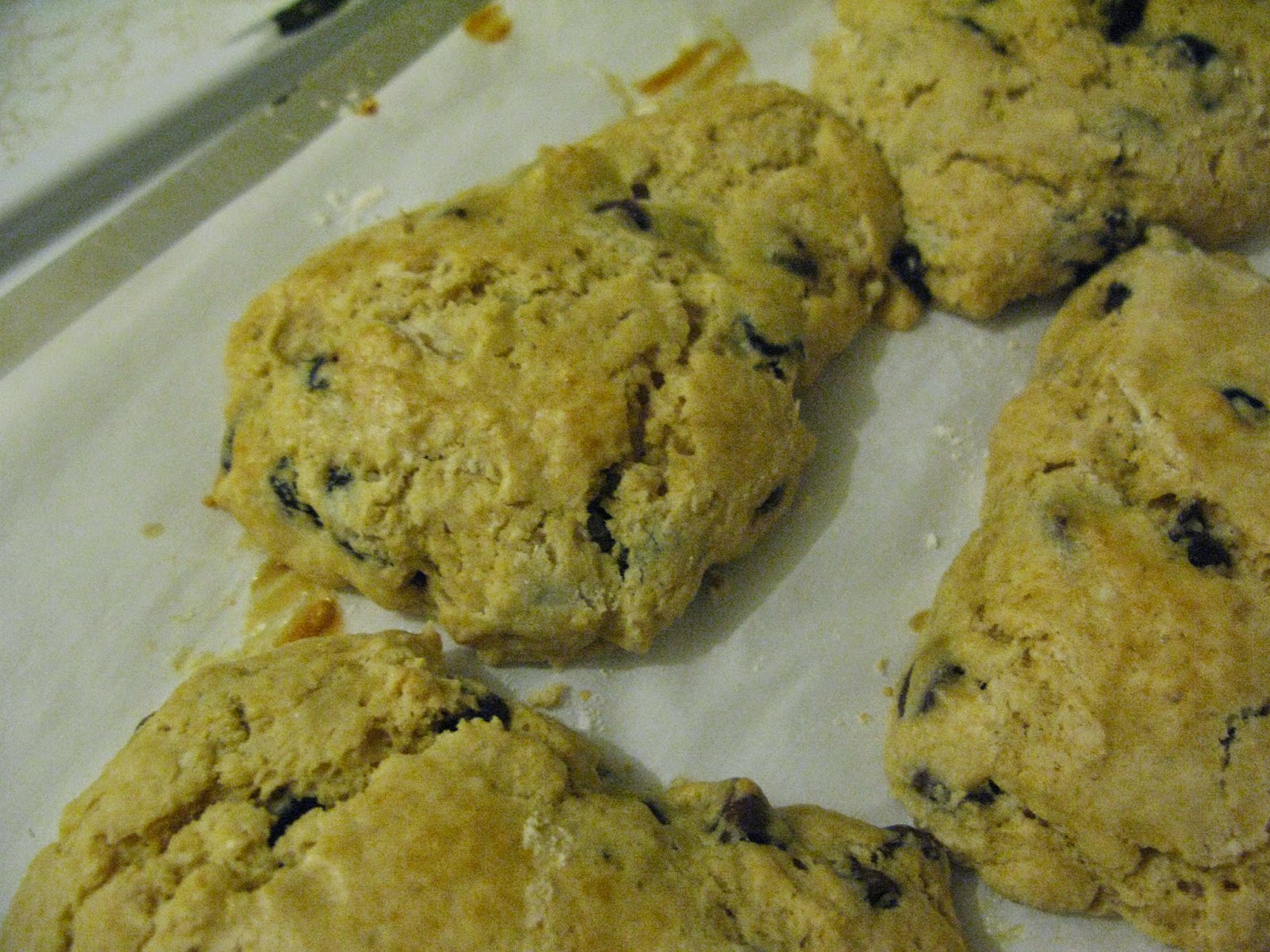 A scone was originally unleavened, round,  flat, and about the size of a medium plate.  These round cakes are now generally called a bannock, which I have never heard of before.  Wikipedia made a point of staying in Utah, what is called a scone is a Native American fry bread served with honey.  I have eaten that before, and it is delicious. 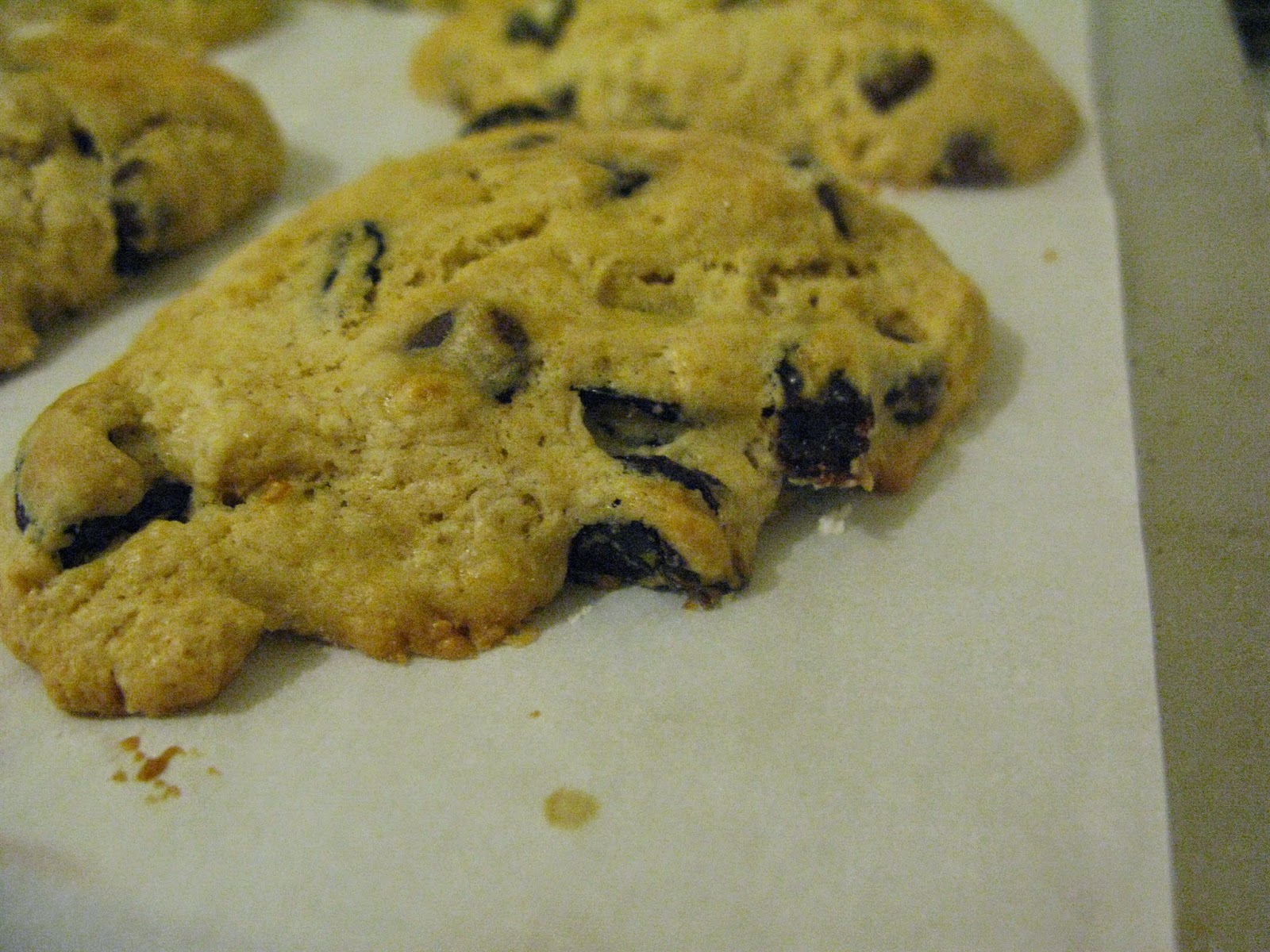 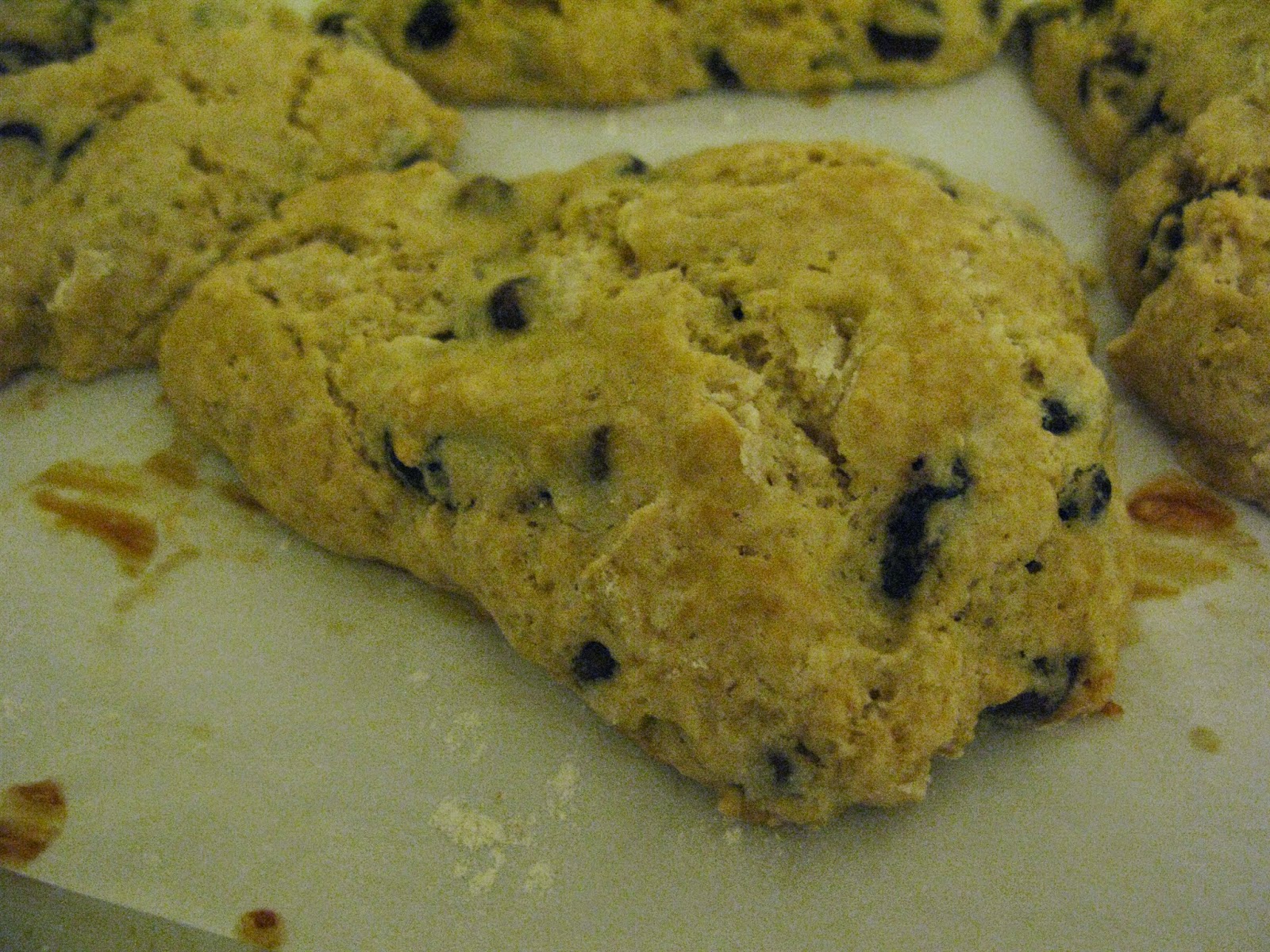 I didn't show this step, but I reduced the pure maple syrup in a pan over medium heat by 50 percent.  I had 1/4 of a cup of syrup that I let cool to room temperature.  I then combined the flour, baking powder, and salt into a bowl. 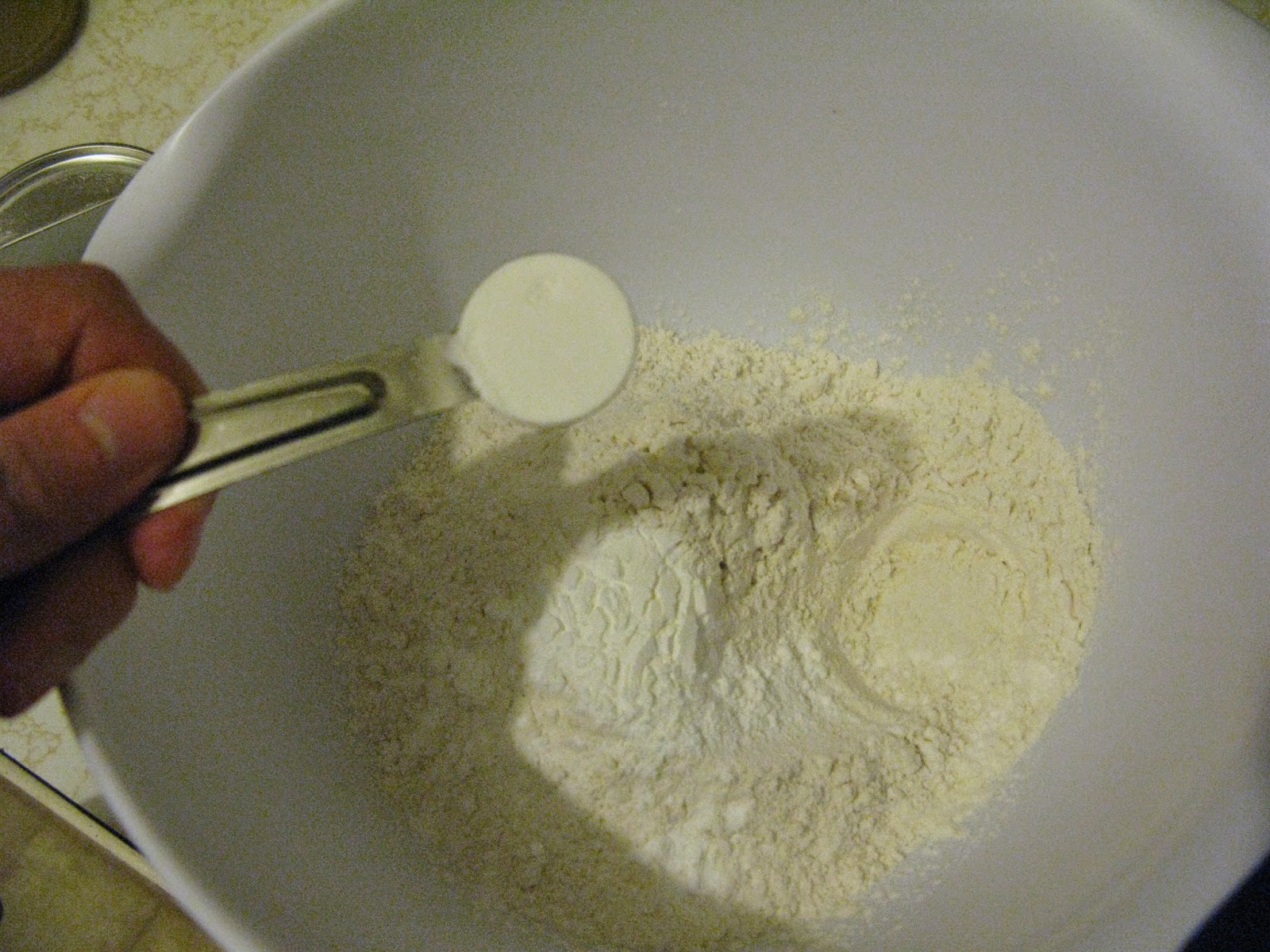 I sliced in the cold butter and combined it with my hands.  There should still be small clumps of butter. 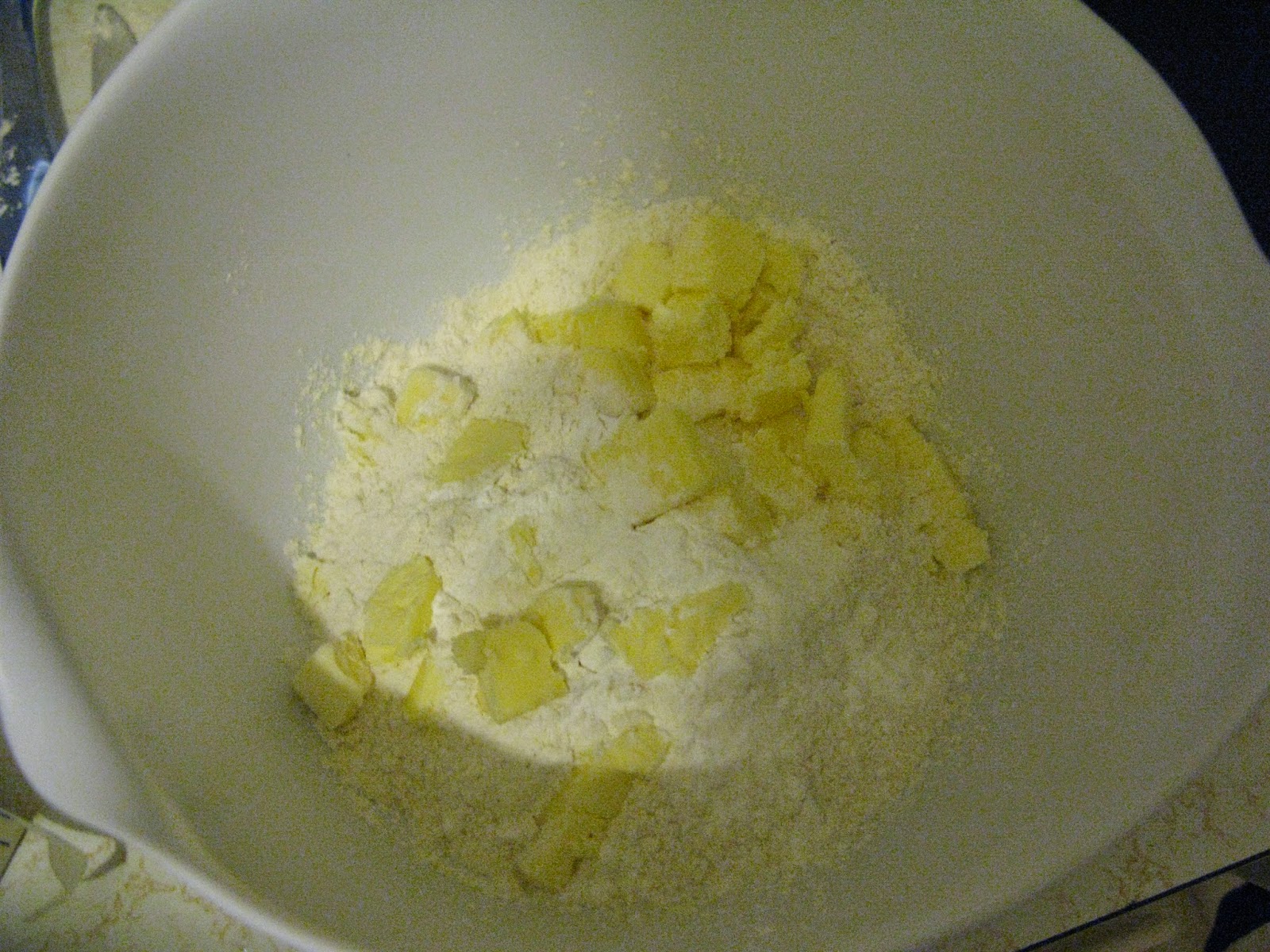 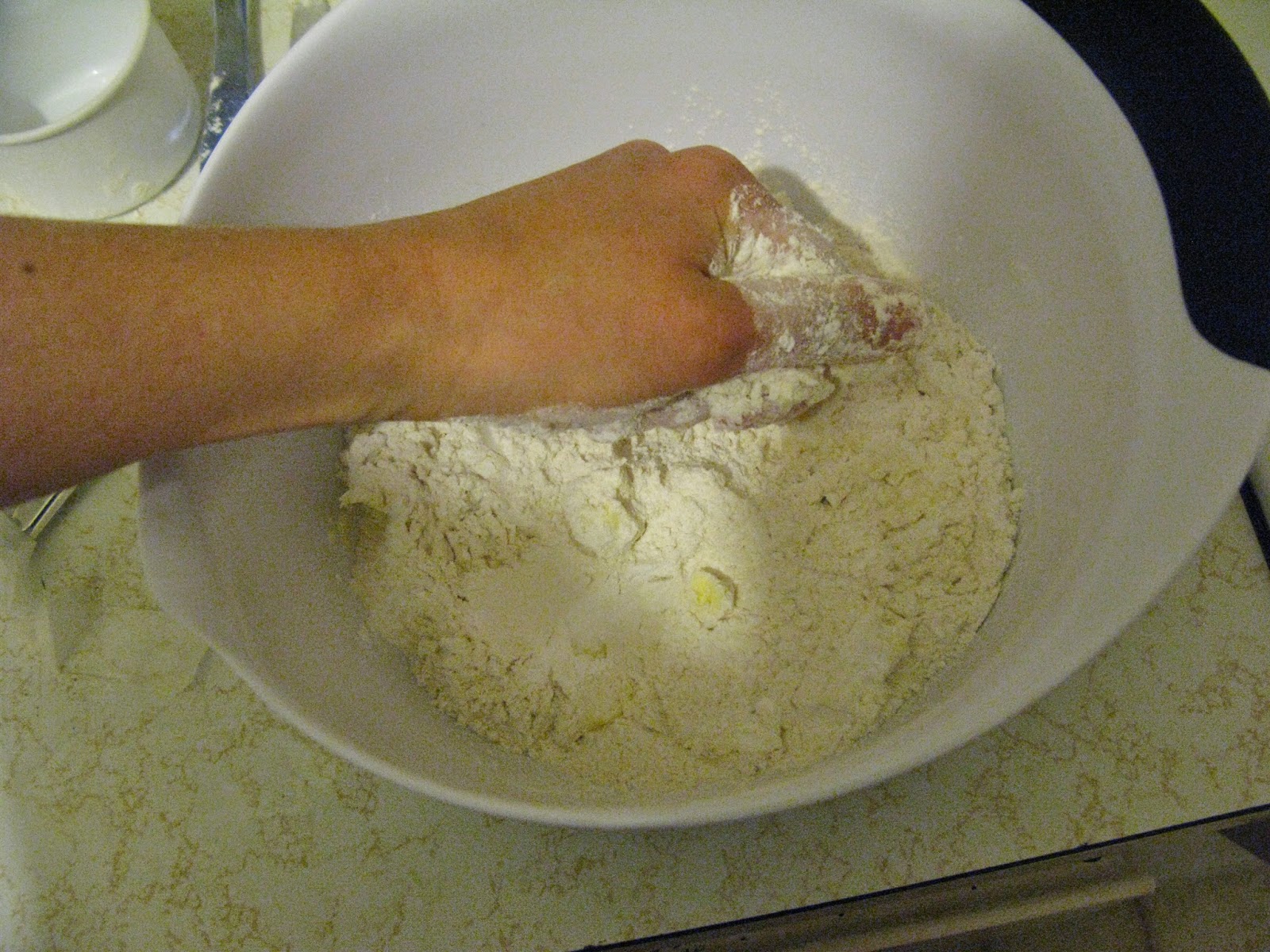 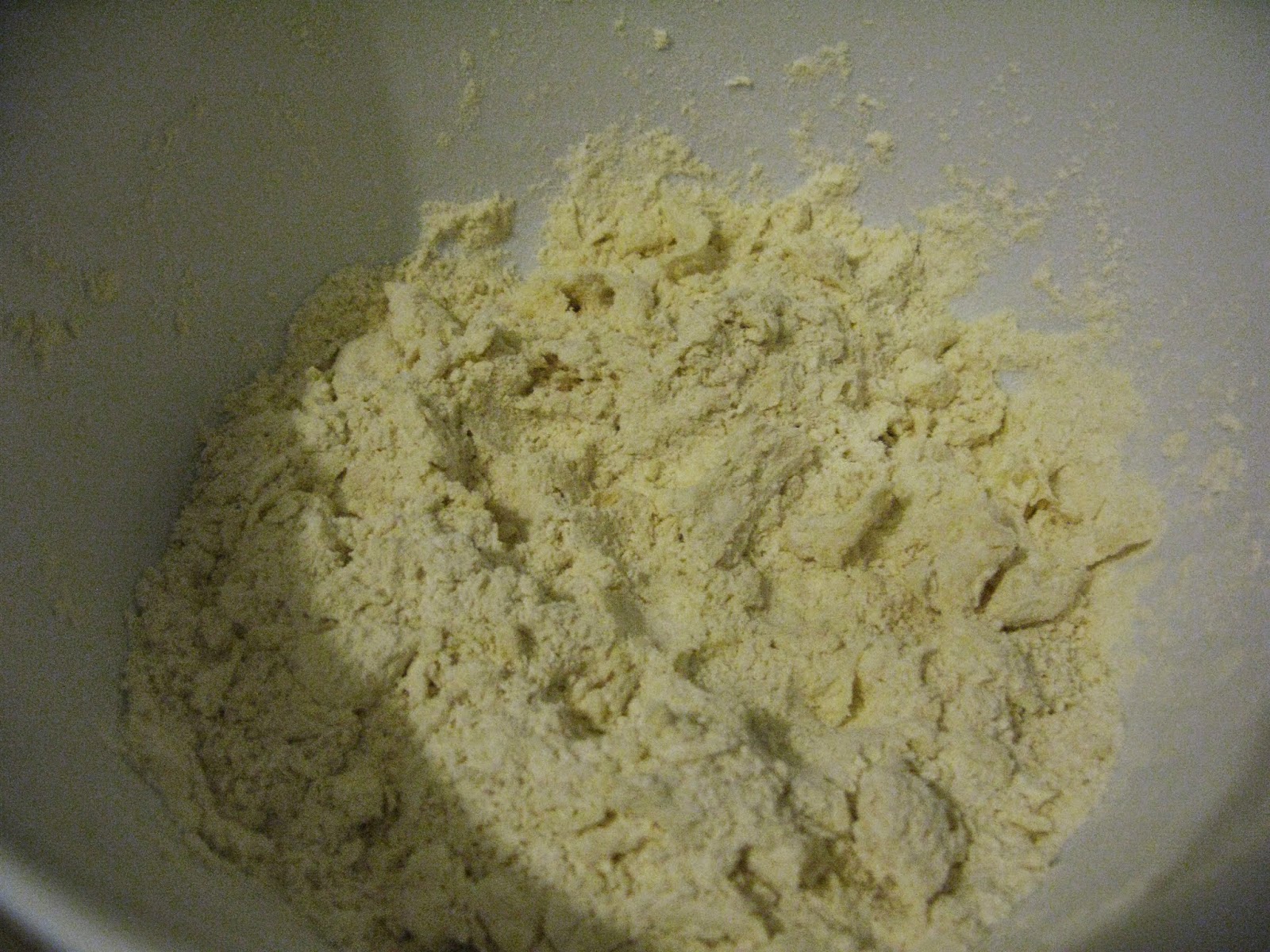 In another bowl, I combined the maple syrup, egg, coconut milk, and vanilla extract. 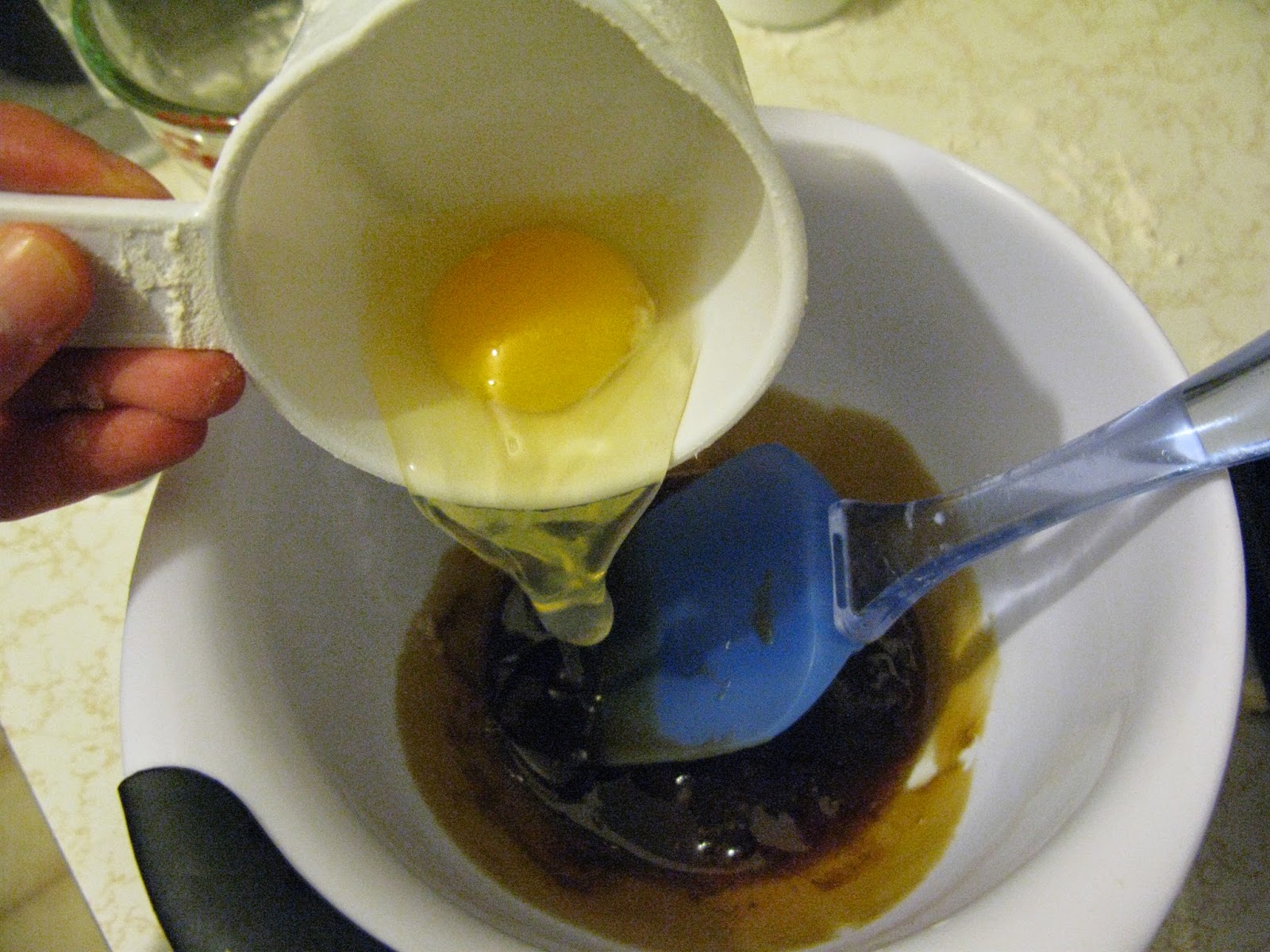 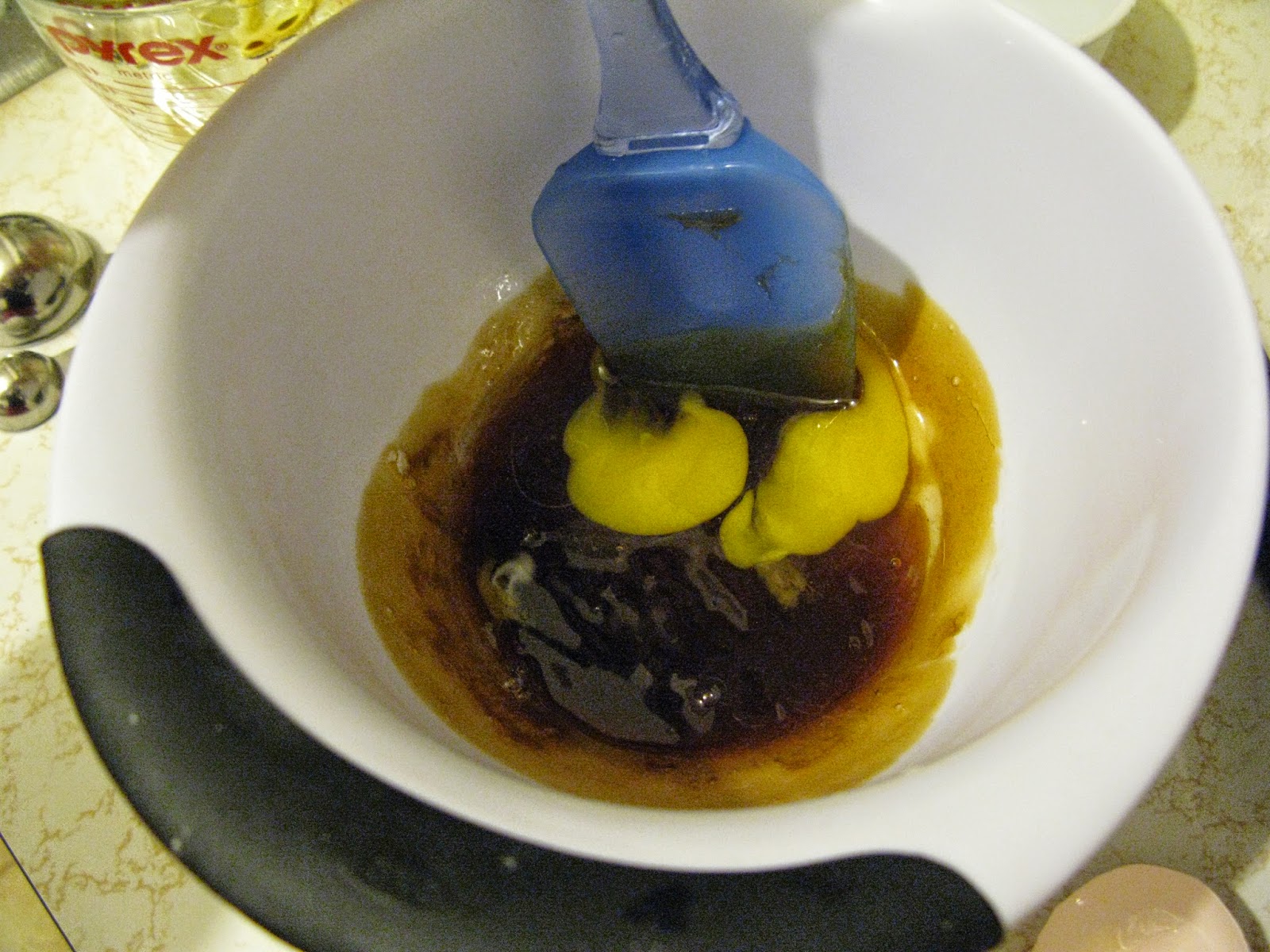 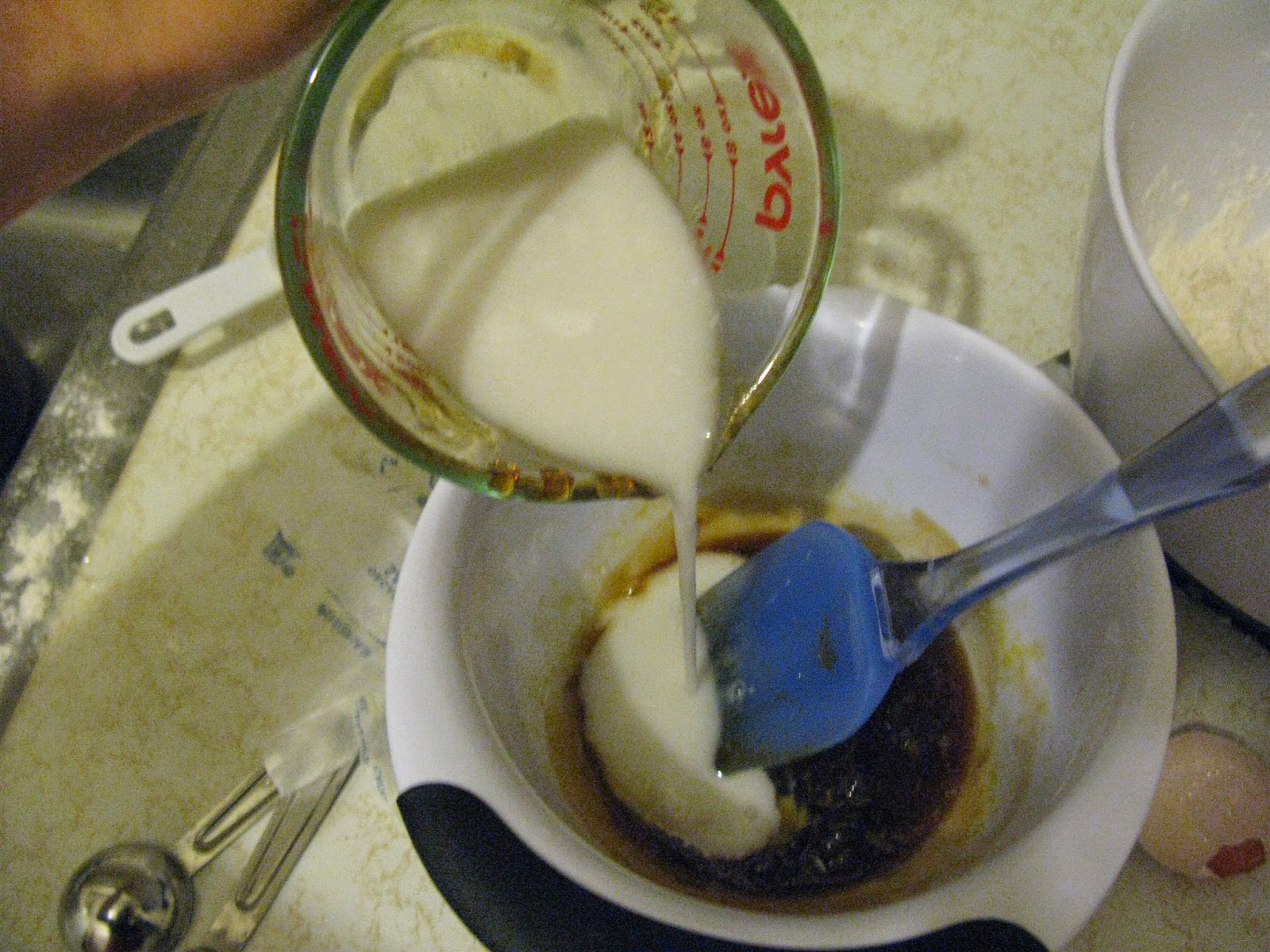 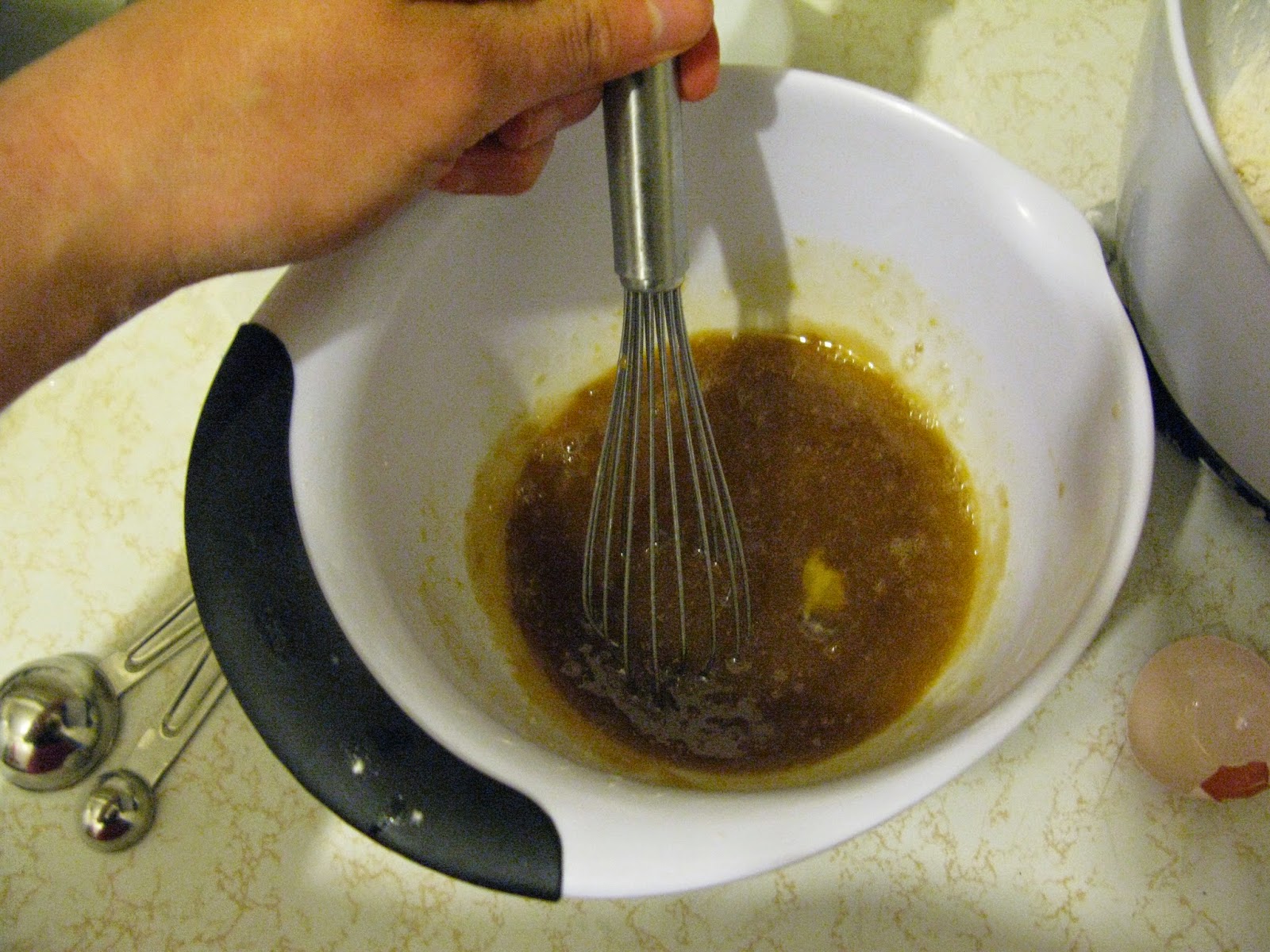 I poured the liquid into the buttery crumble. 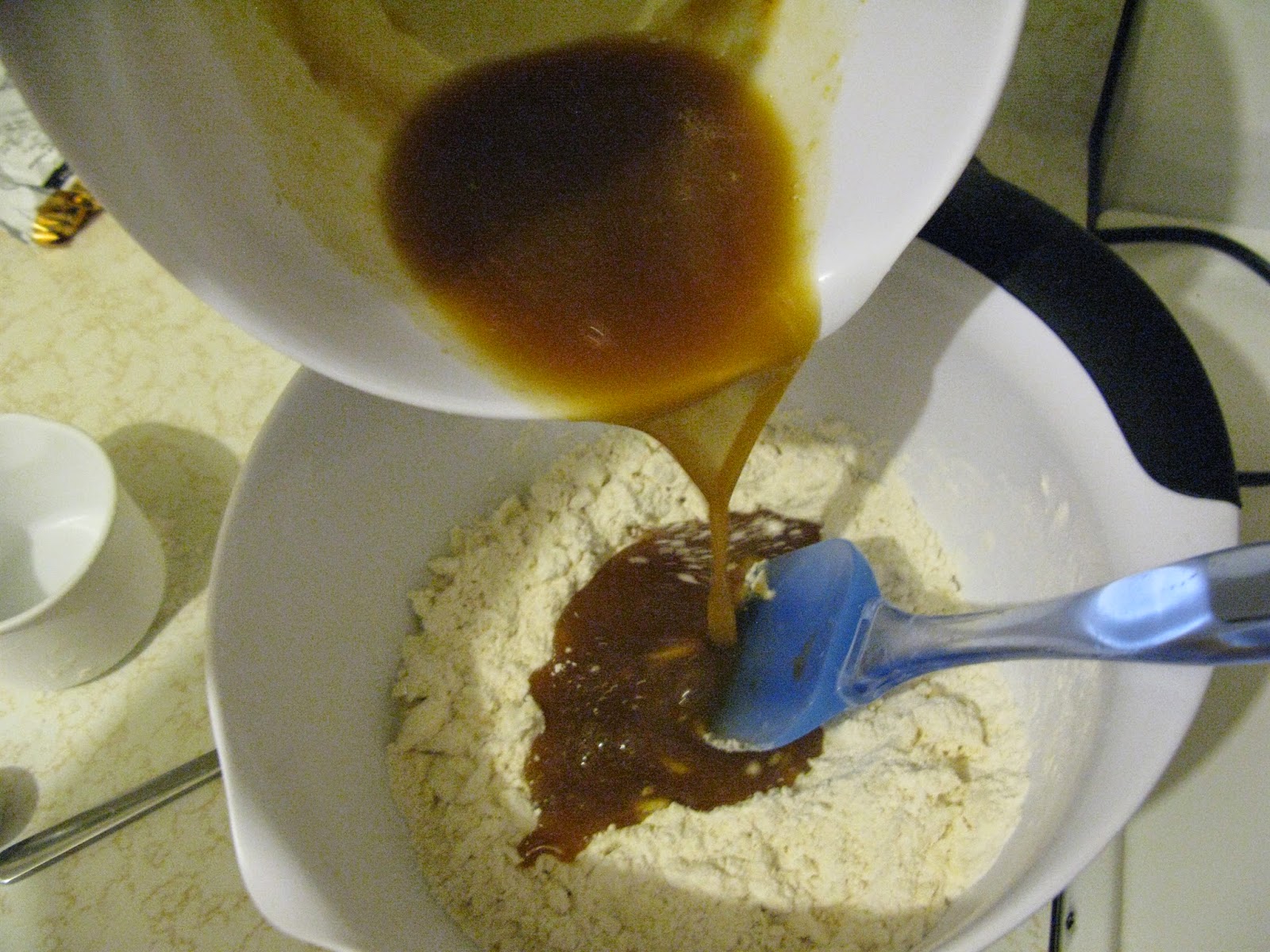 I added the chocolate and dried cherries and stirred as little as possible until everything was combined.  I set the dough in the fridge and let it cool and the gluten relax. 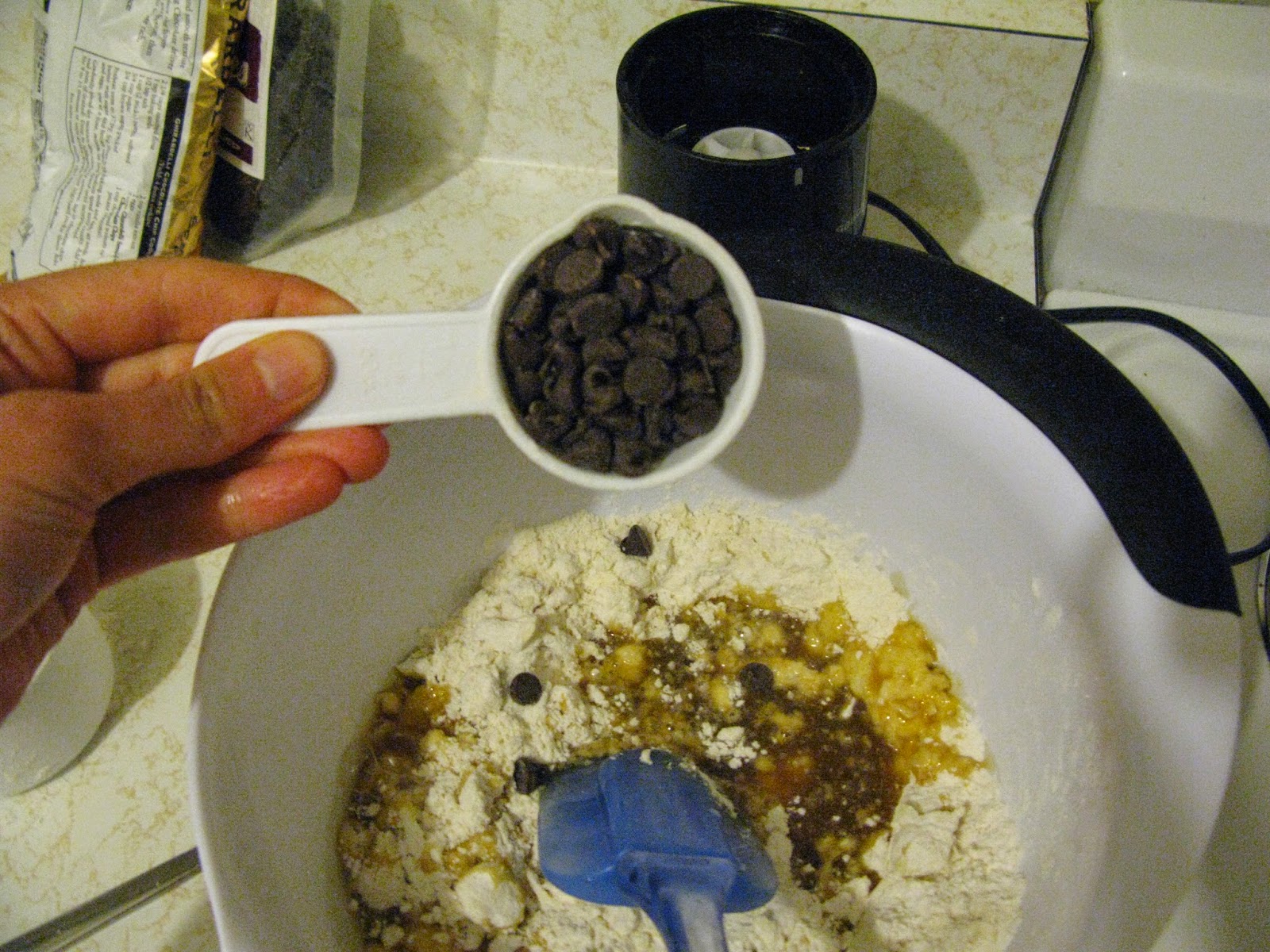 I formed the dough into a dish on a floured surface. 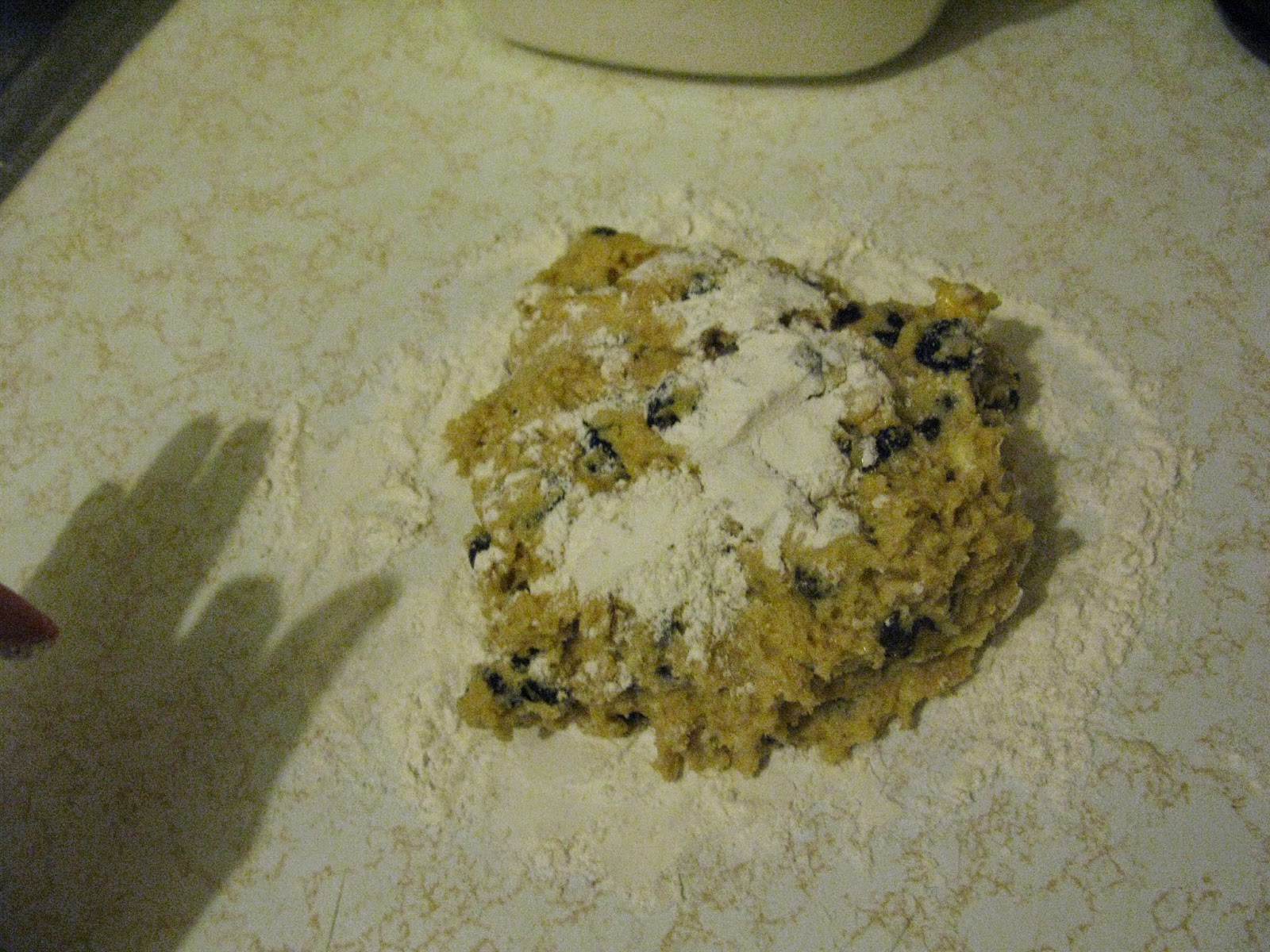 I cut the disk into 8 segments and placed them on a baking sheet lined with parchment paper. 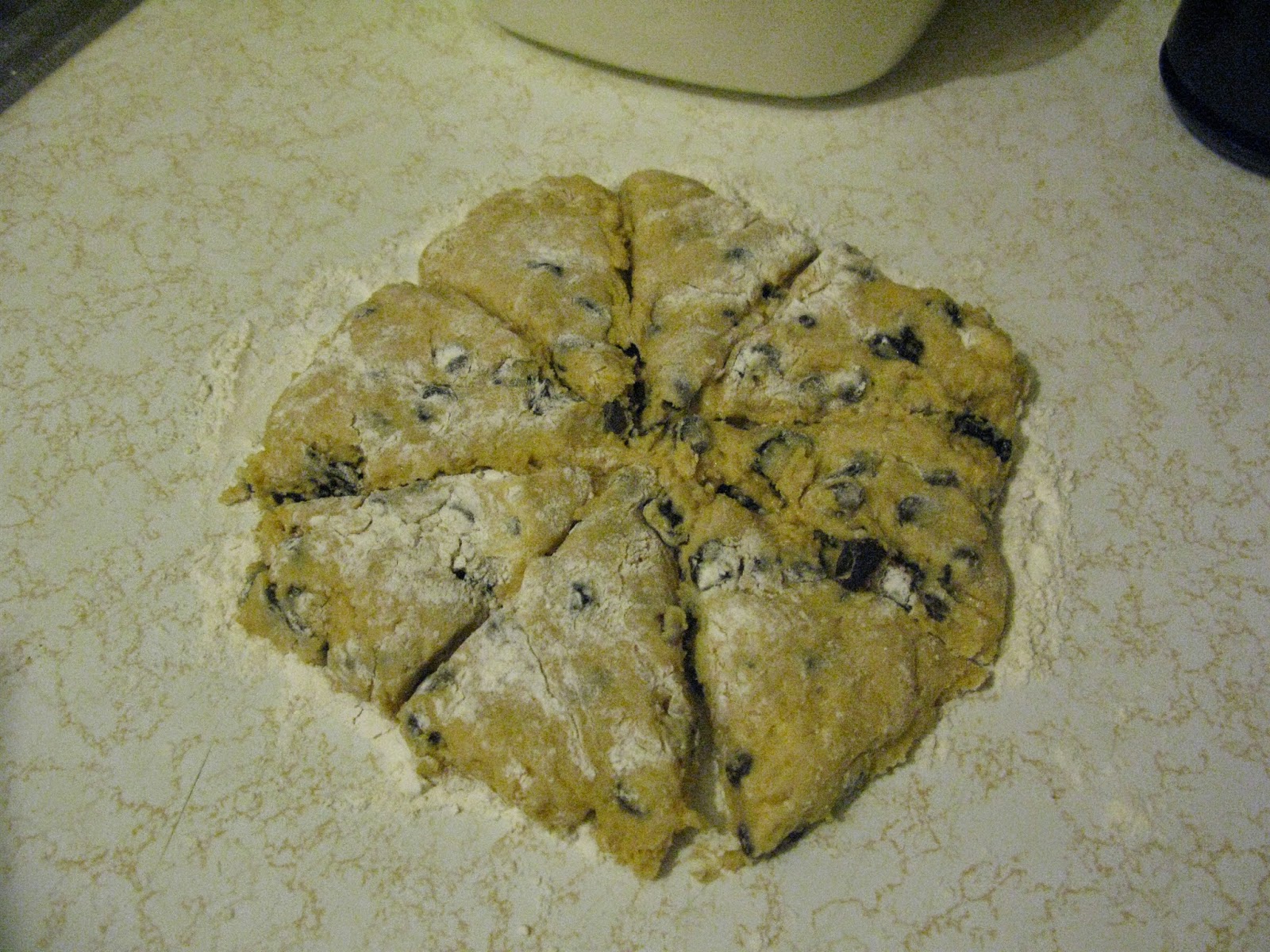 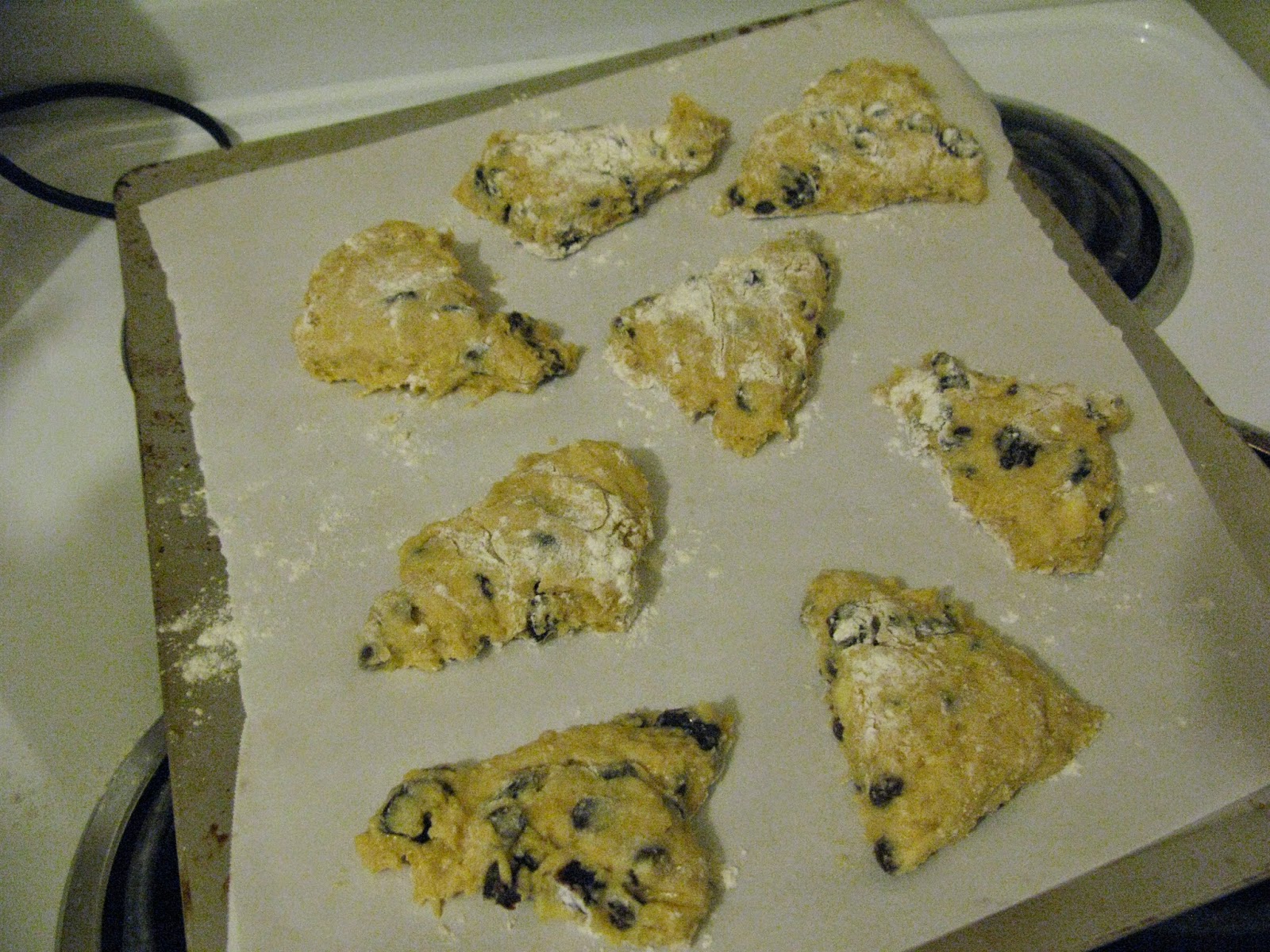 I baked the scones for 17 minutes at 375 degrees.  I'm always surprised when I heat my oven to a temperature other than 350 degrees. 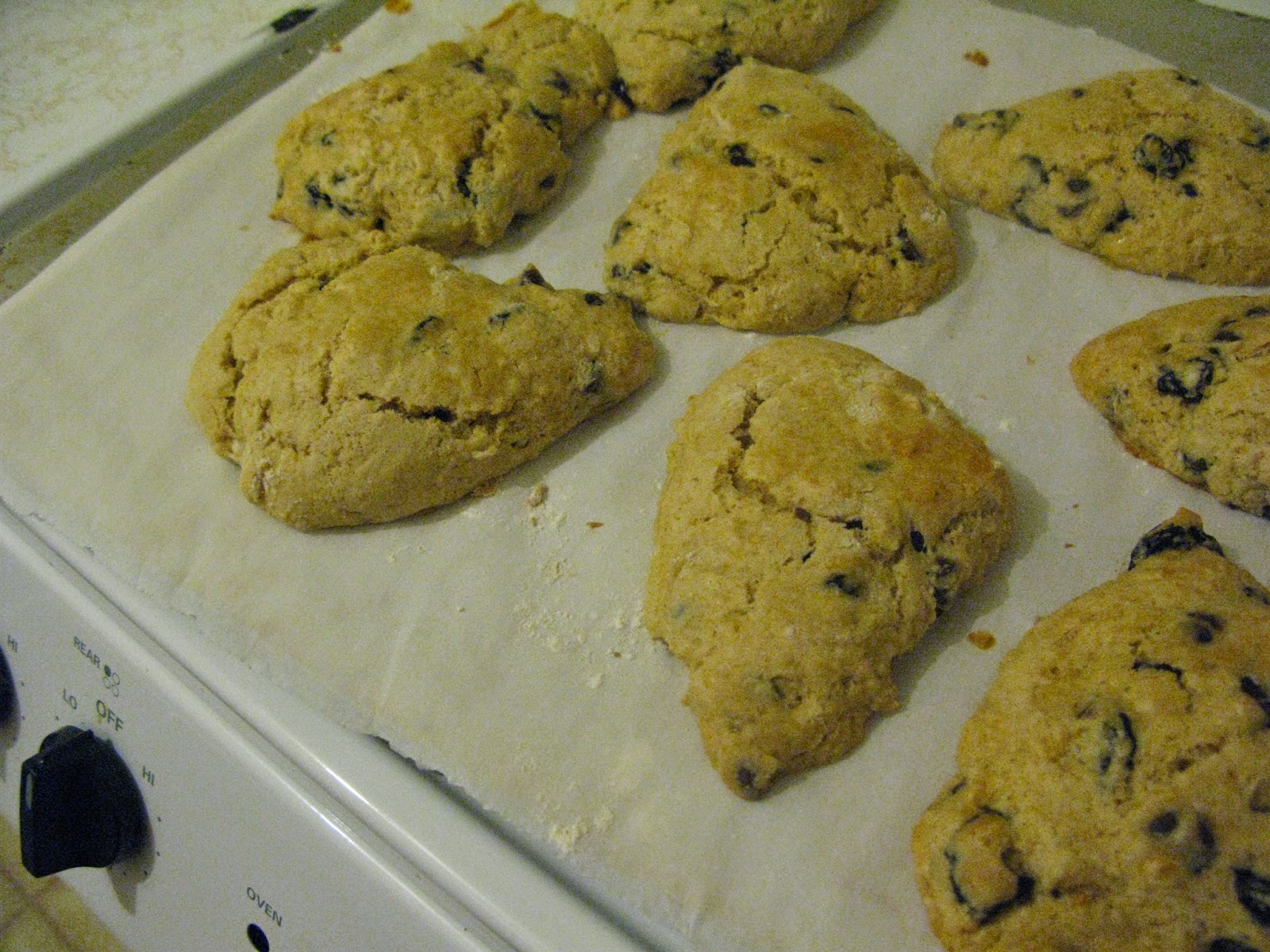 I let them cool and then dug in.  I ate these over 6 days, and they remained fresh and moist in a sealed container. 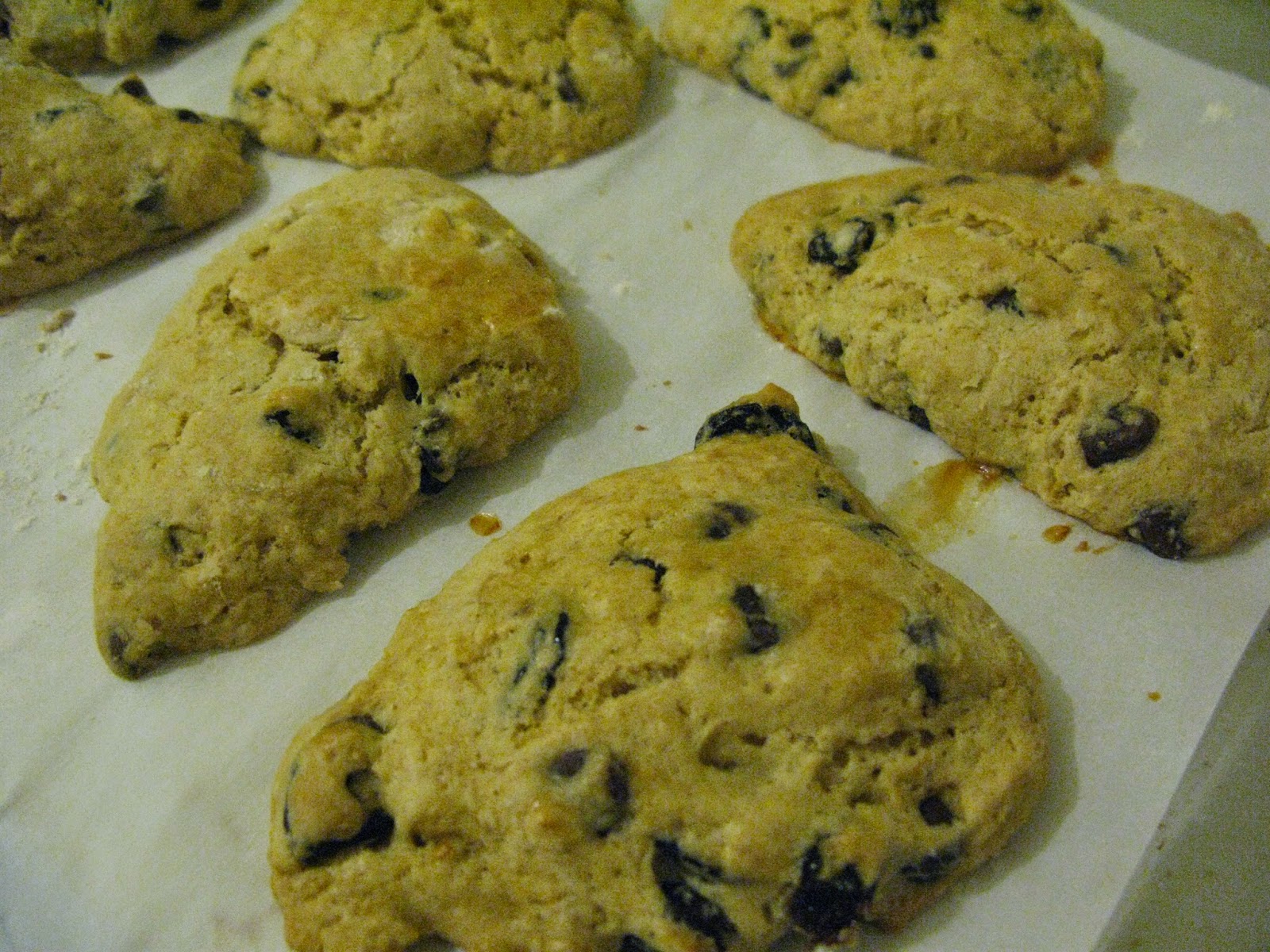 The scones were not overly sweet.  Cherries and chocolate go together so well, and they don't disappoint  in this scone. 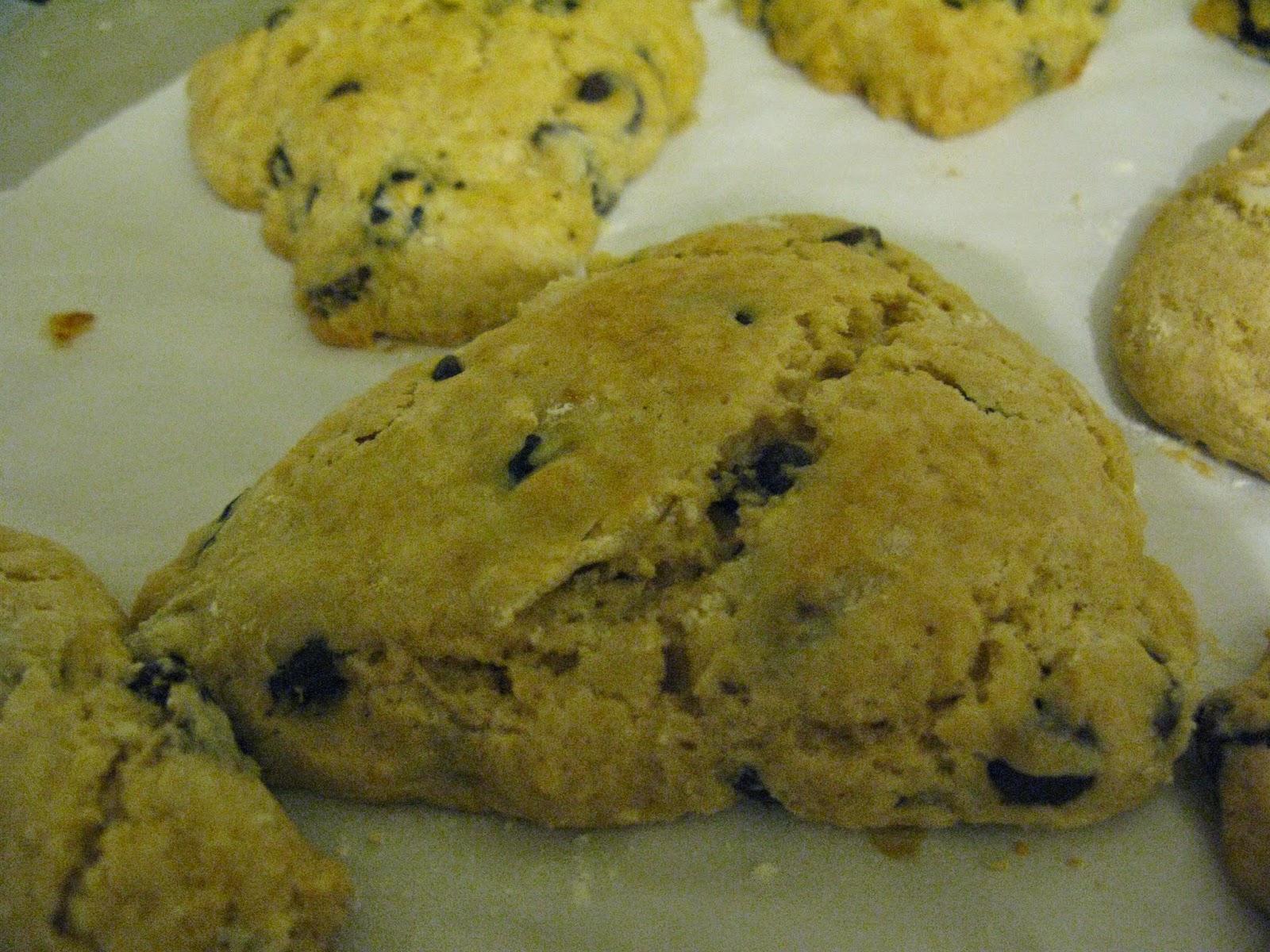 Not only to cherries and chocolate pair well together, but they provide a nice contrast in textures. 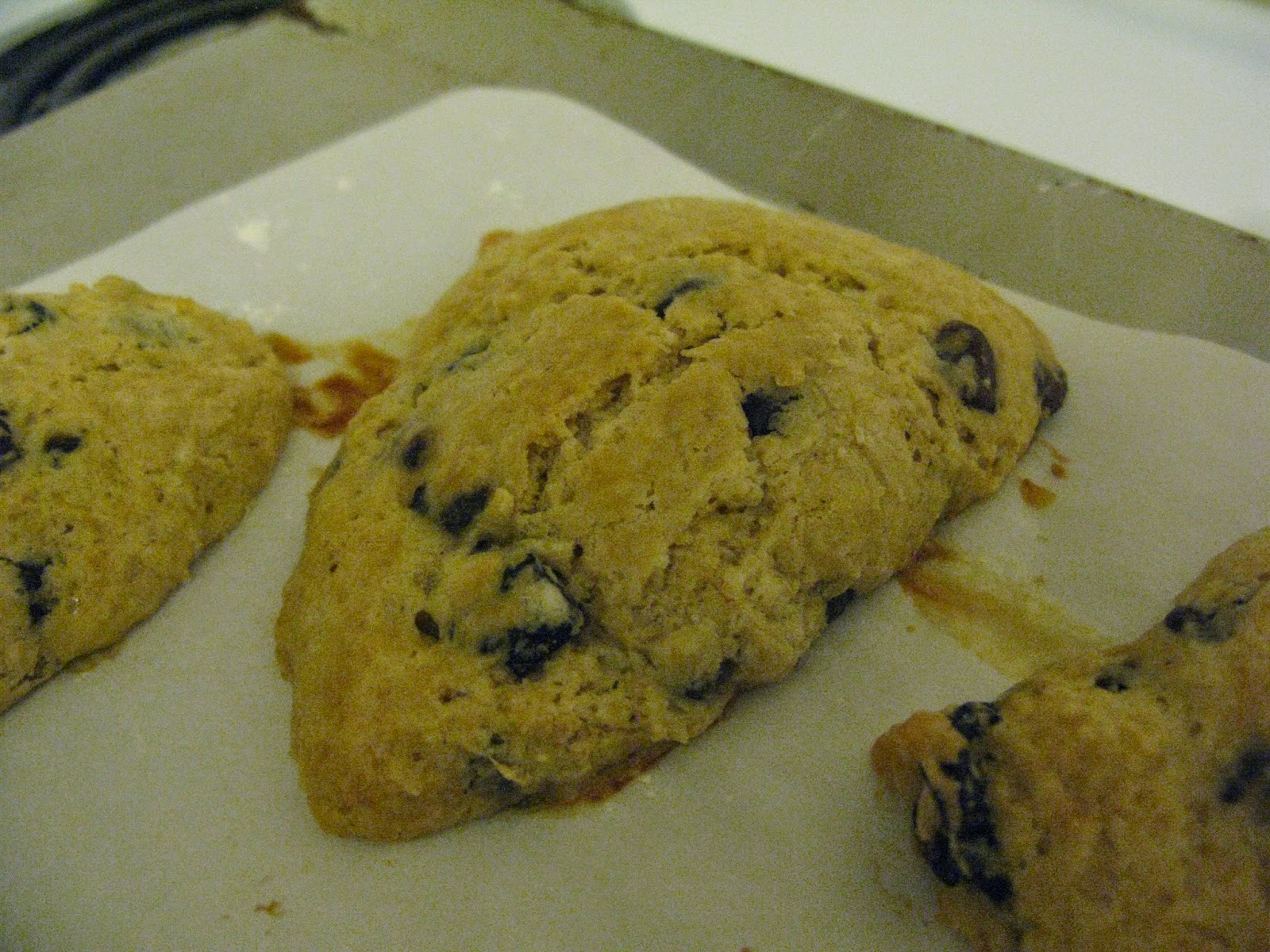 My one complaint is that the maple flavor is too subtle.  If I didn't know there was maple syrup in the dough, I wouldn't have known.  I feel better that it was made with a natural sweeter though, and it was sweet enough without the addition of granulated sugar. 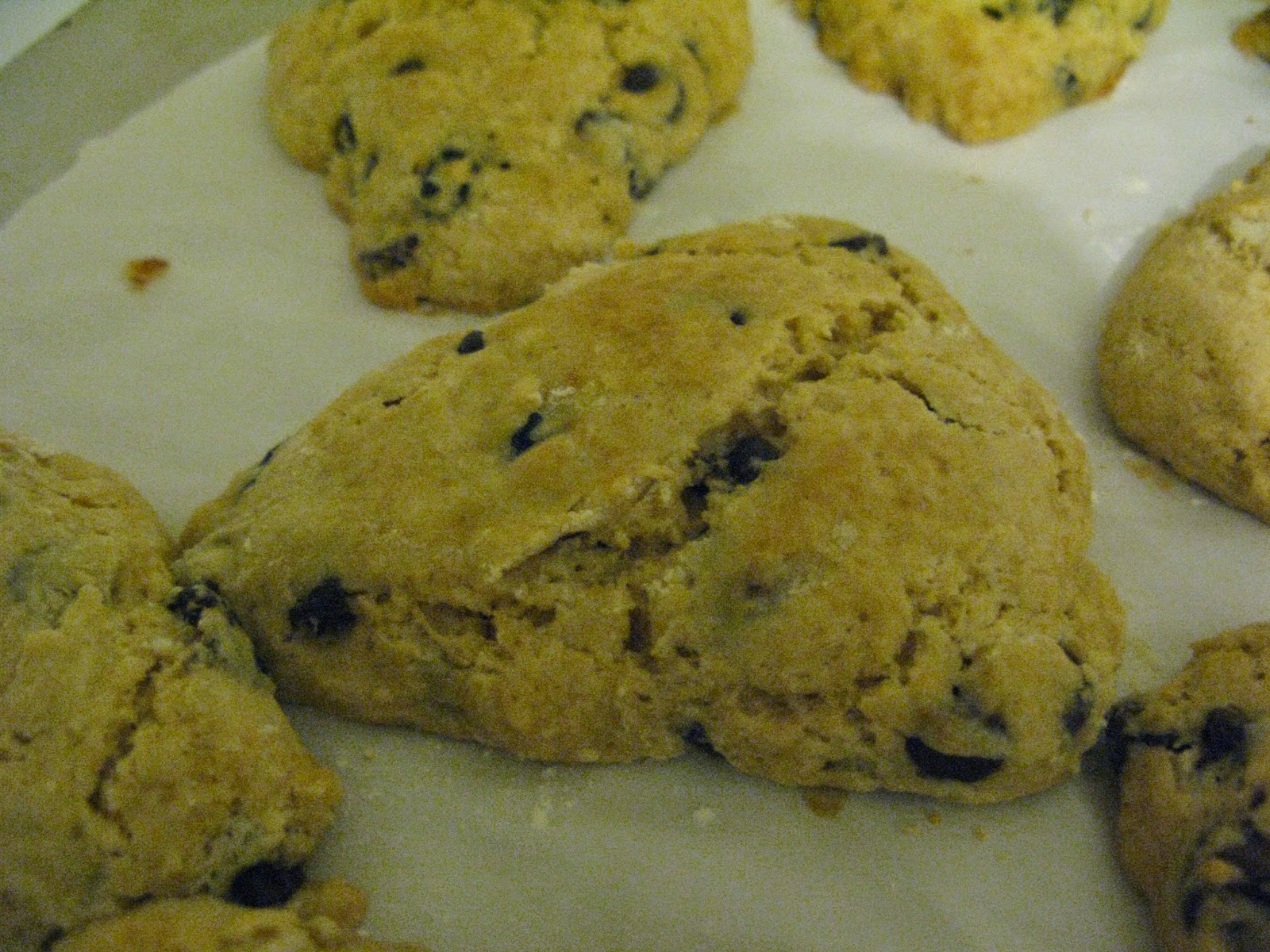 Yum!  I'm a little sad that they are all gone.  I'm now back to eating cold cereal for breakfast.  It might be time for some more pancakes in the near future. 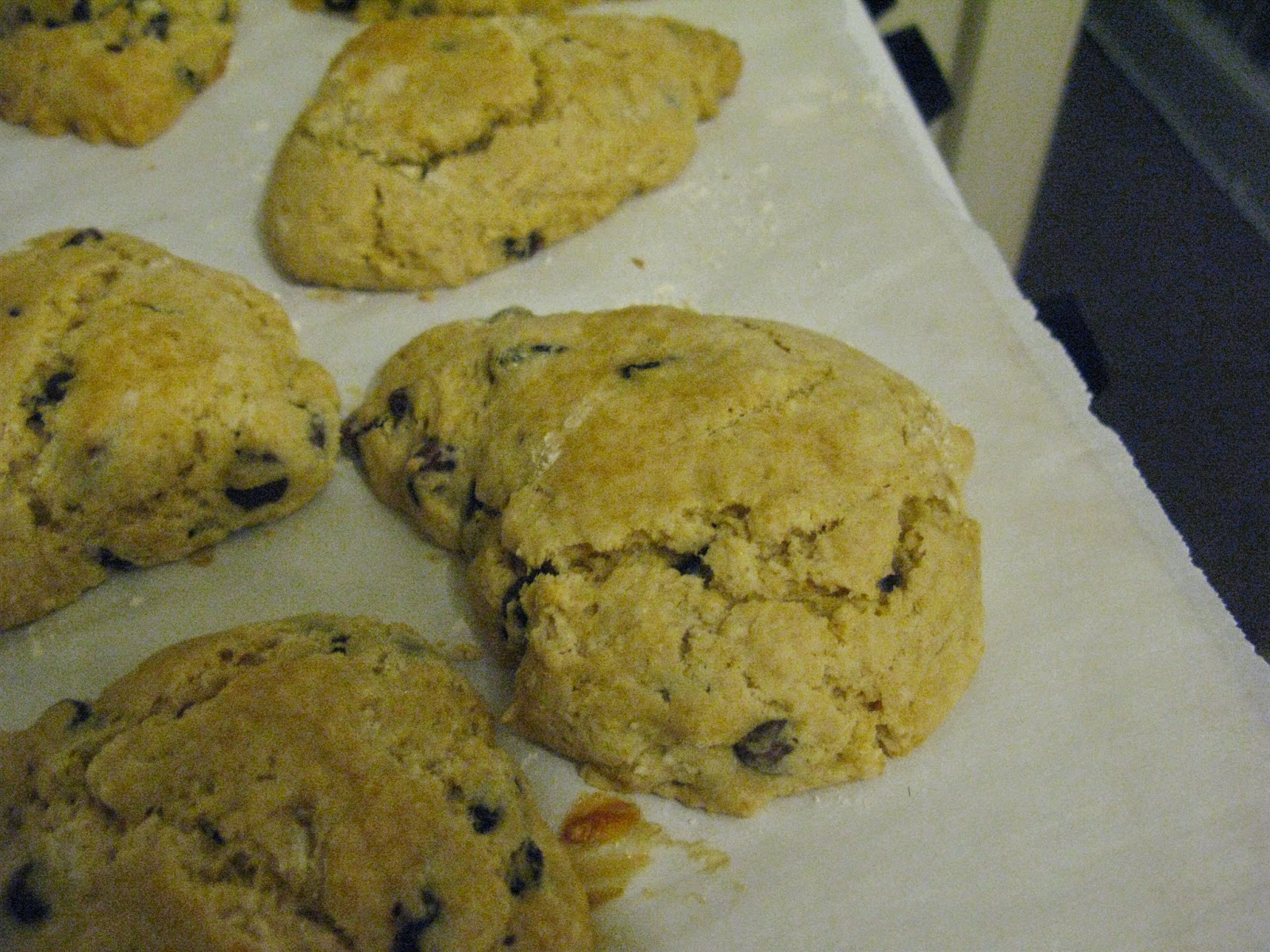 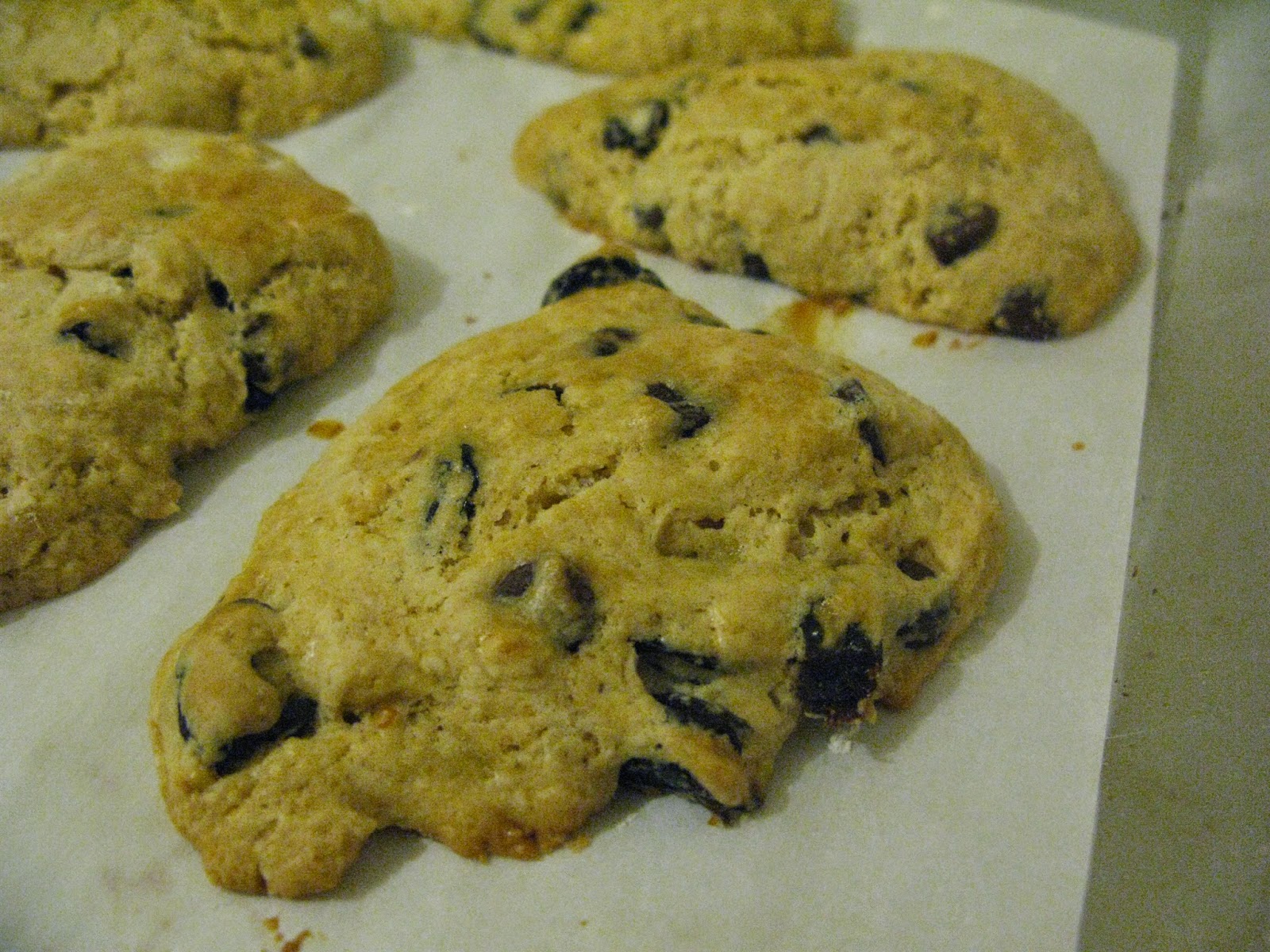