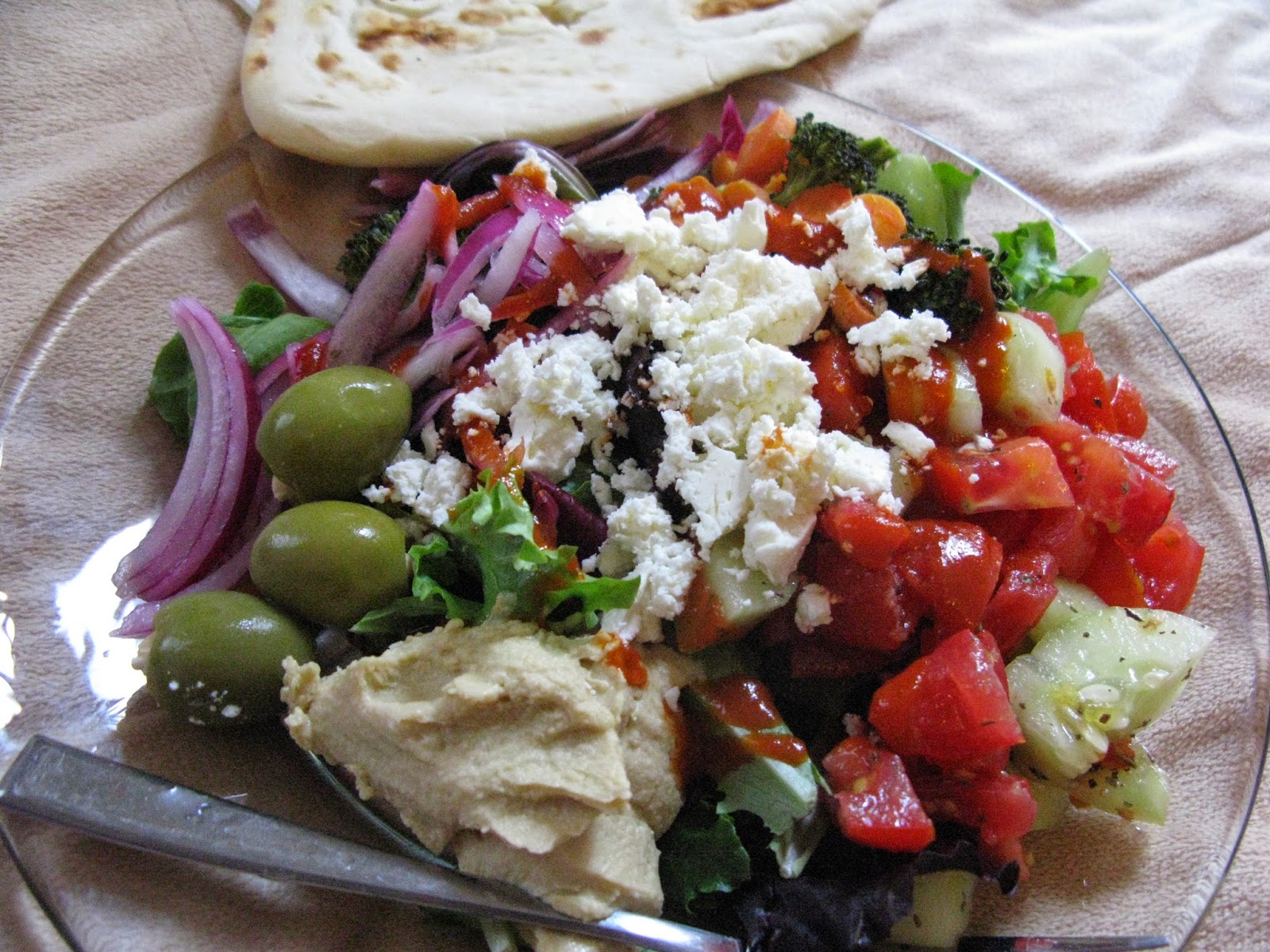 One of my favorite fast food places to eat in DC is Roti.  Most of the time I get the same thing:  a salad with chicken kabob.  It's filling, toothsome, but still healthy. 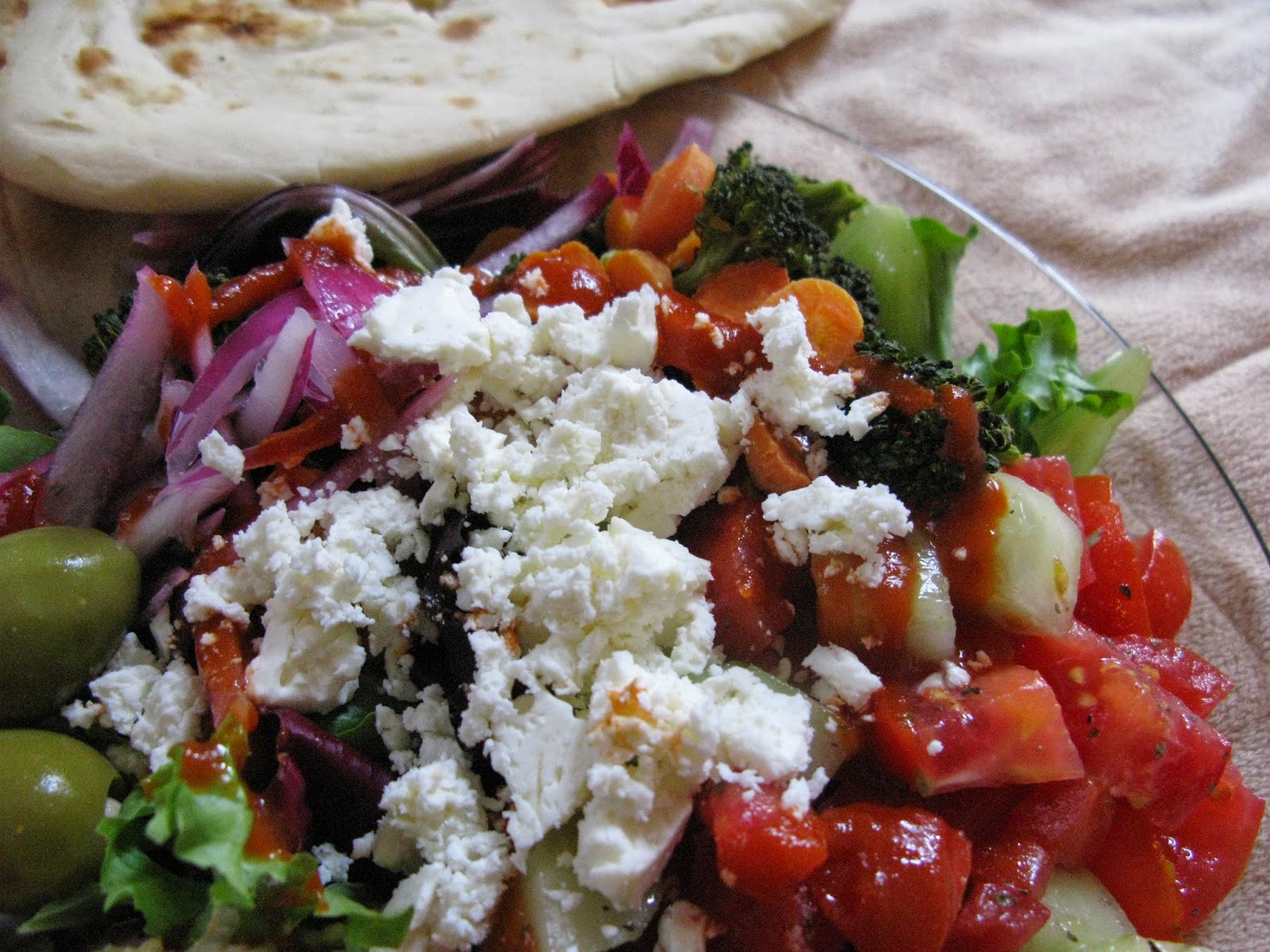 The salad comes with a side of roti bread.  I recently have been choosing the spicy S'hug sauce, though I really like the roasted red pepper sauce too. 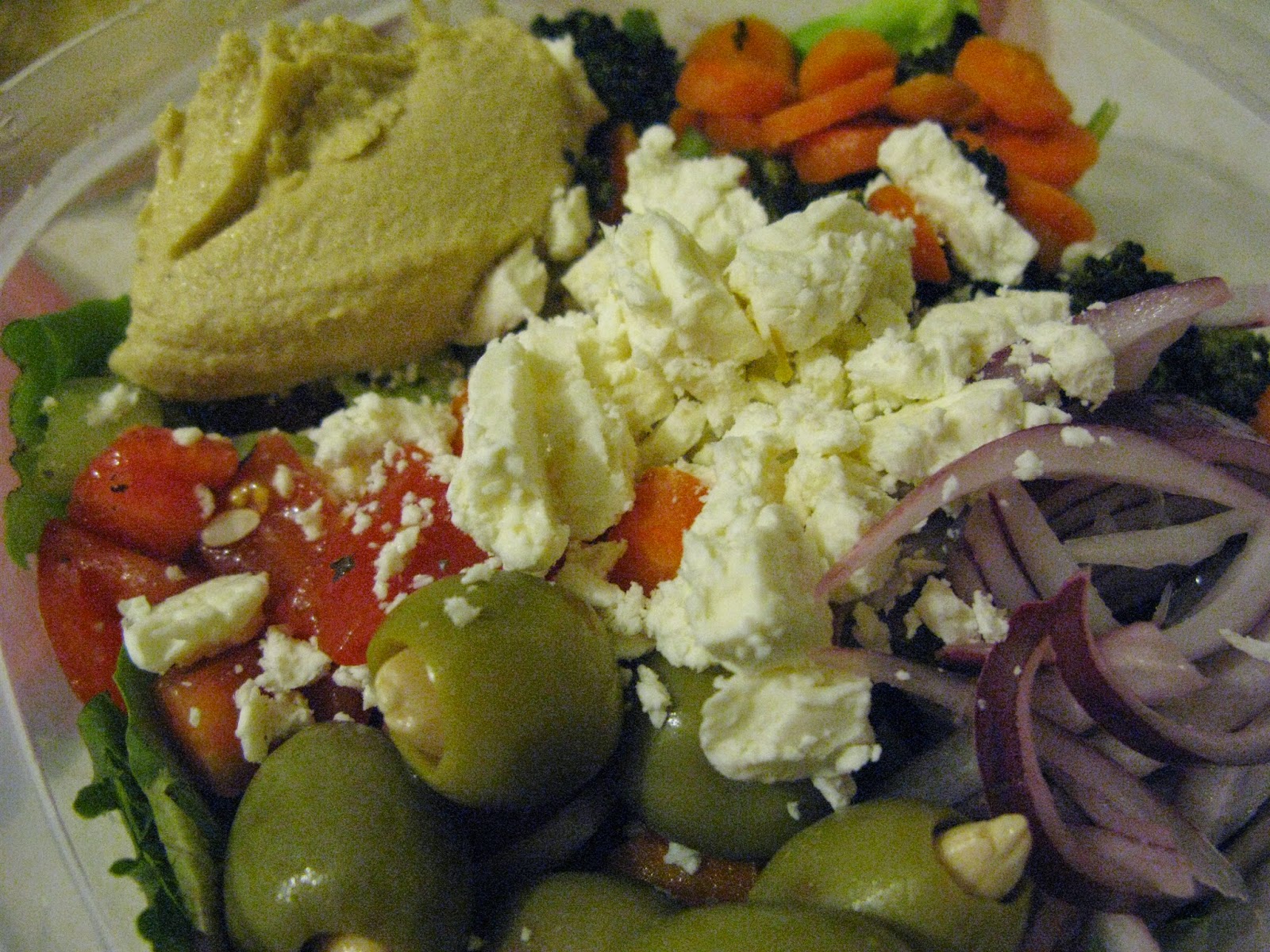 I took this to work and ate it for lunch.  It held up well even though I made it the night before. 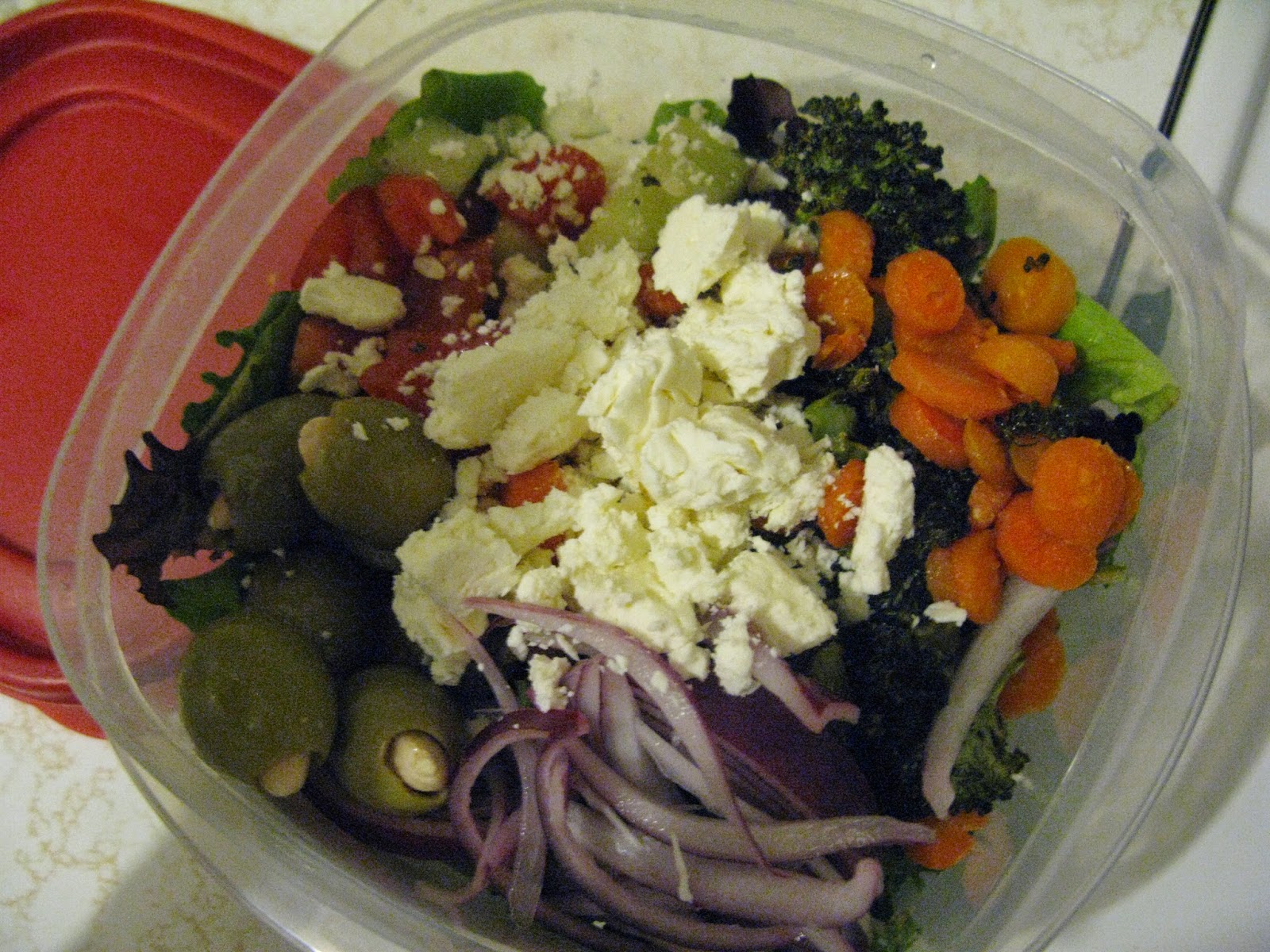 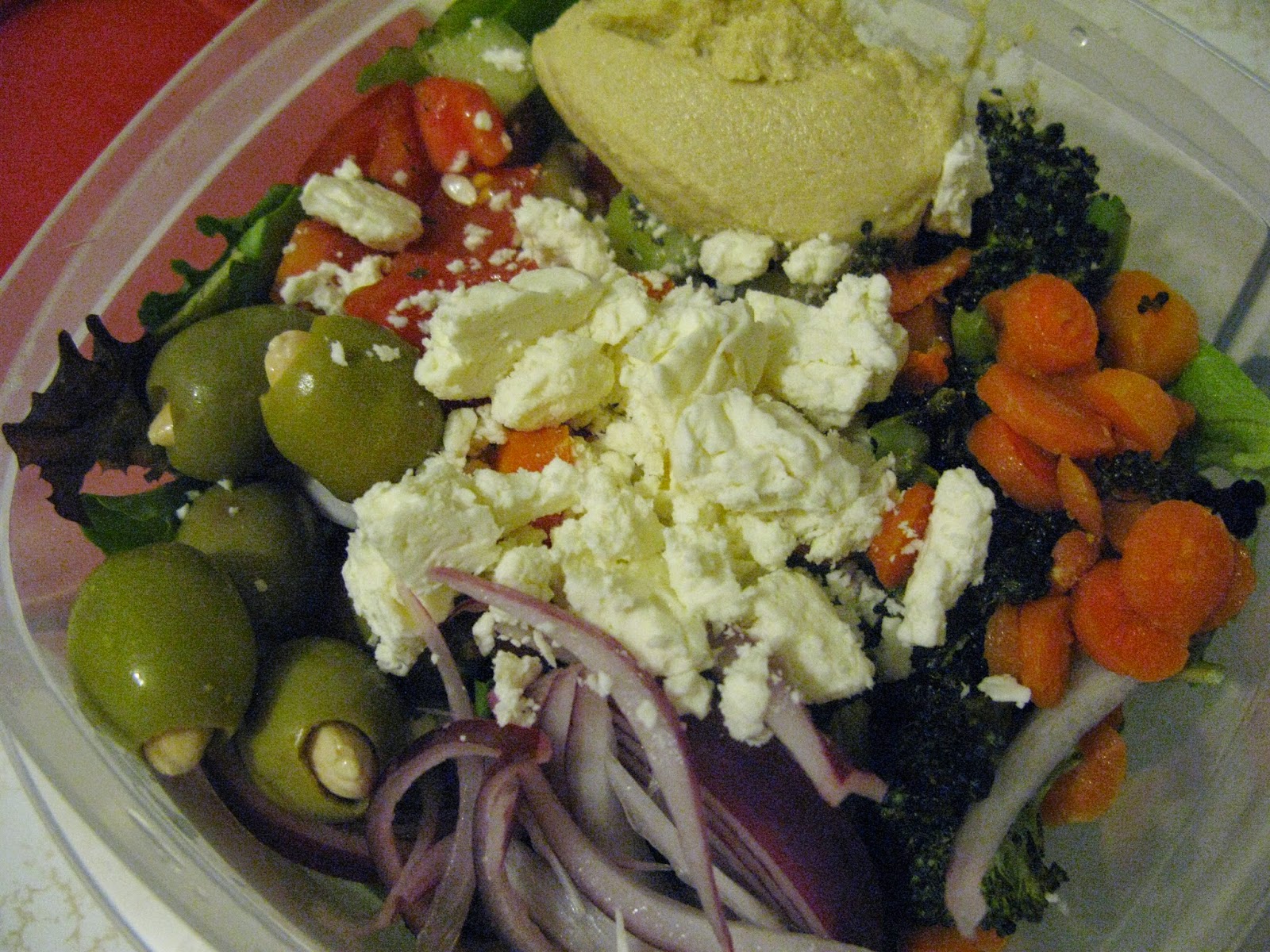 I began by chopping the tomatoes and cucumber.  I grated the cucumber before cutting it. 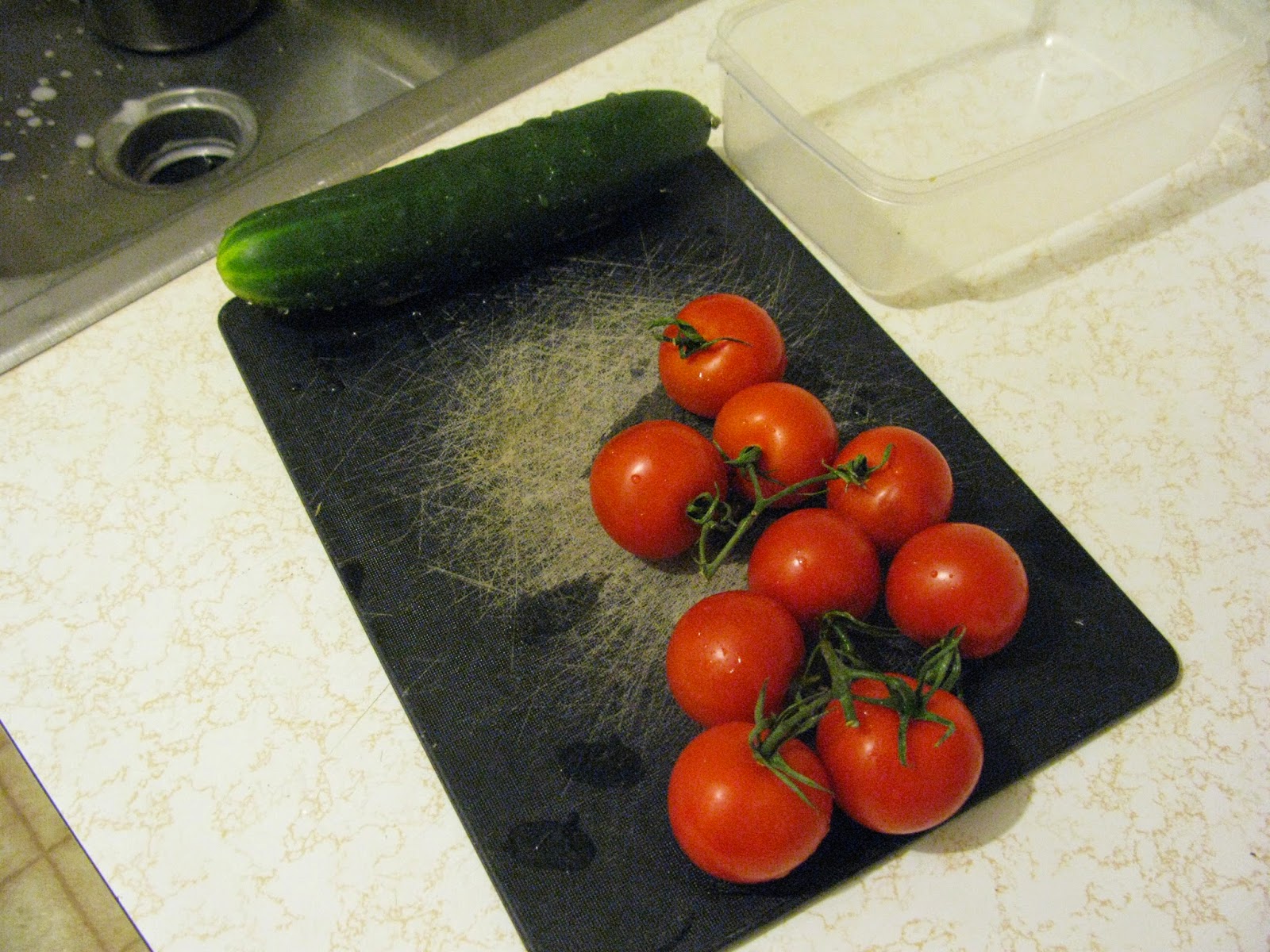 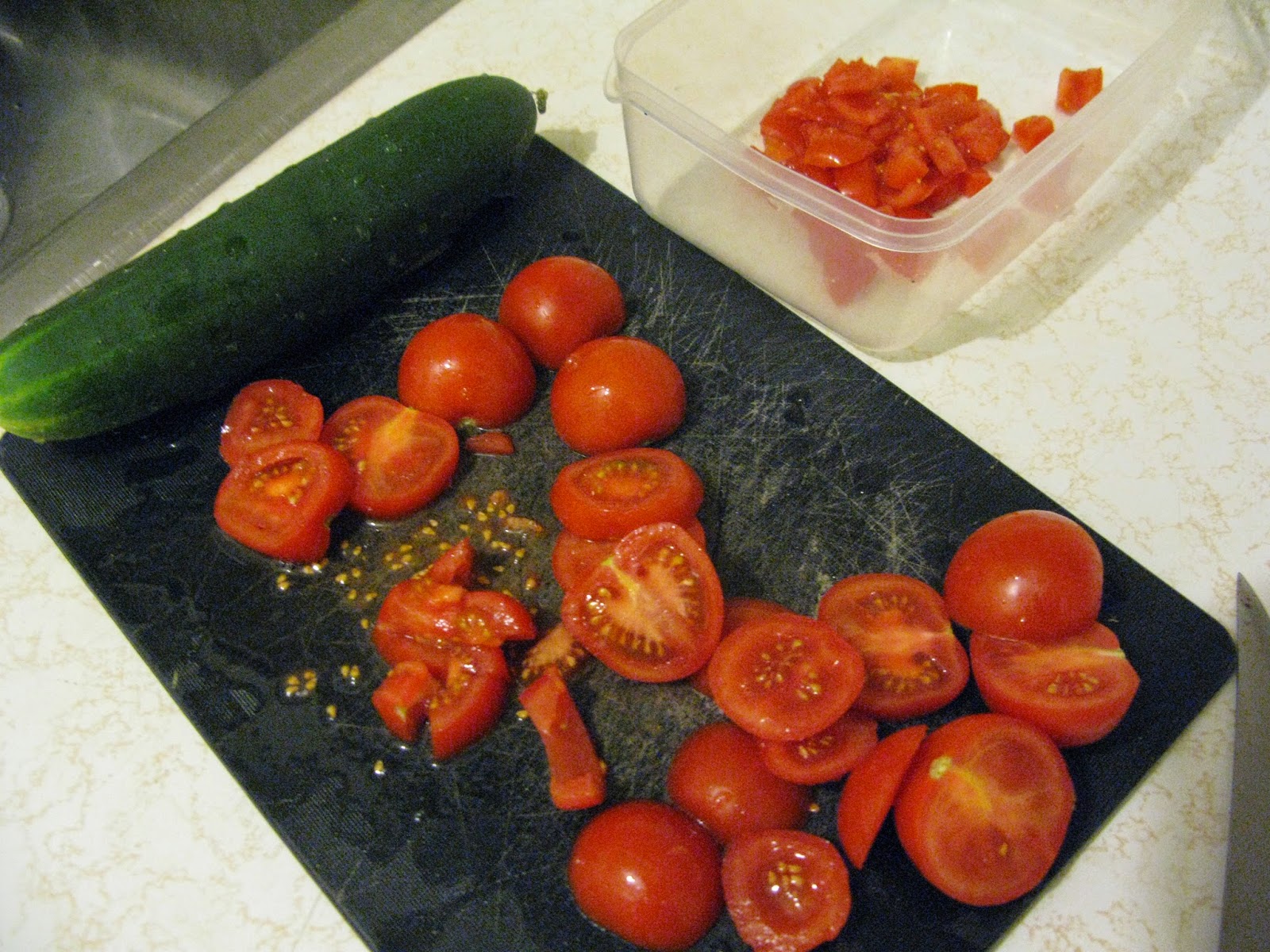 I added salt, 2 to 3 tablespoons olive oil, and the basil to the diced tomatoes and cucumber. 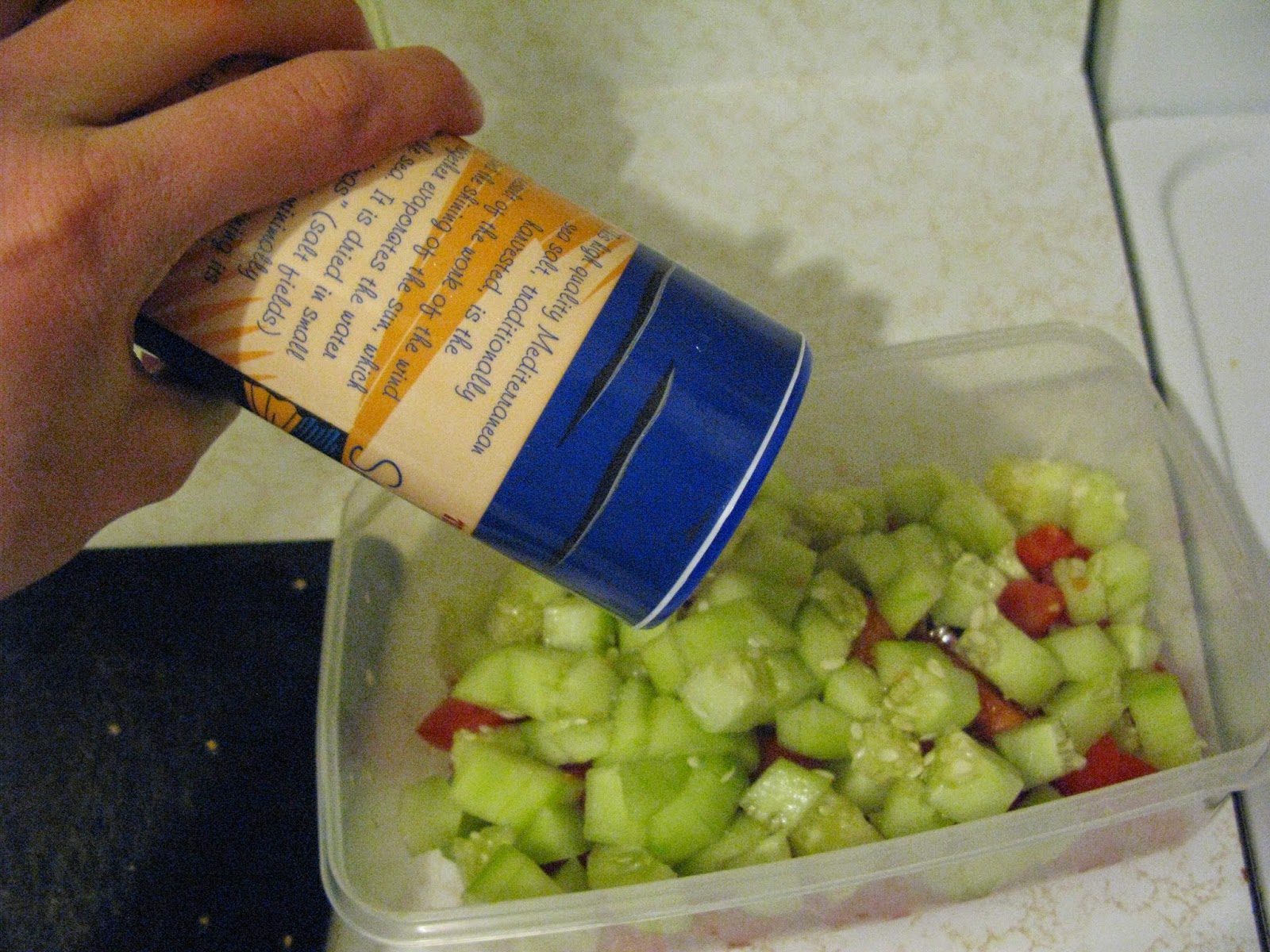 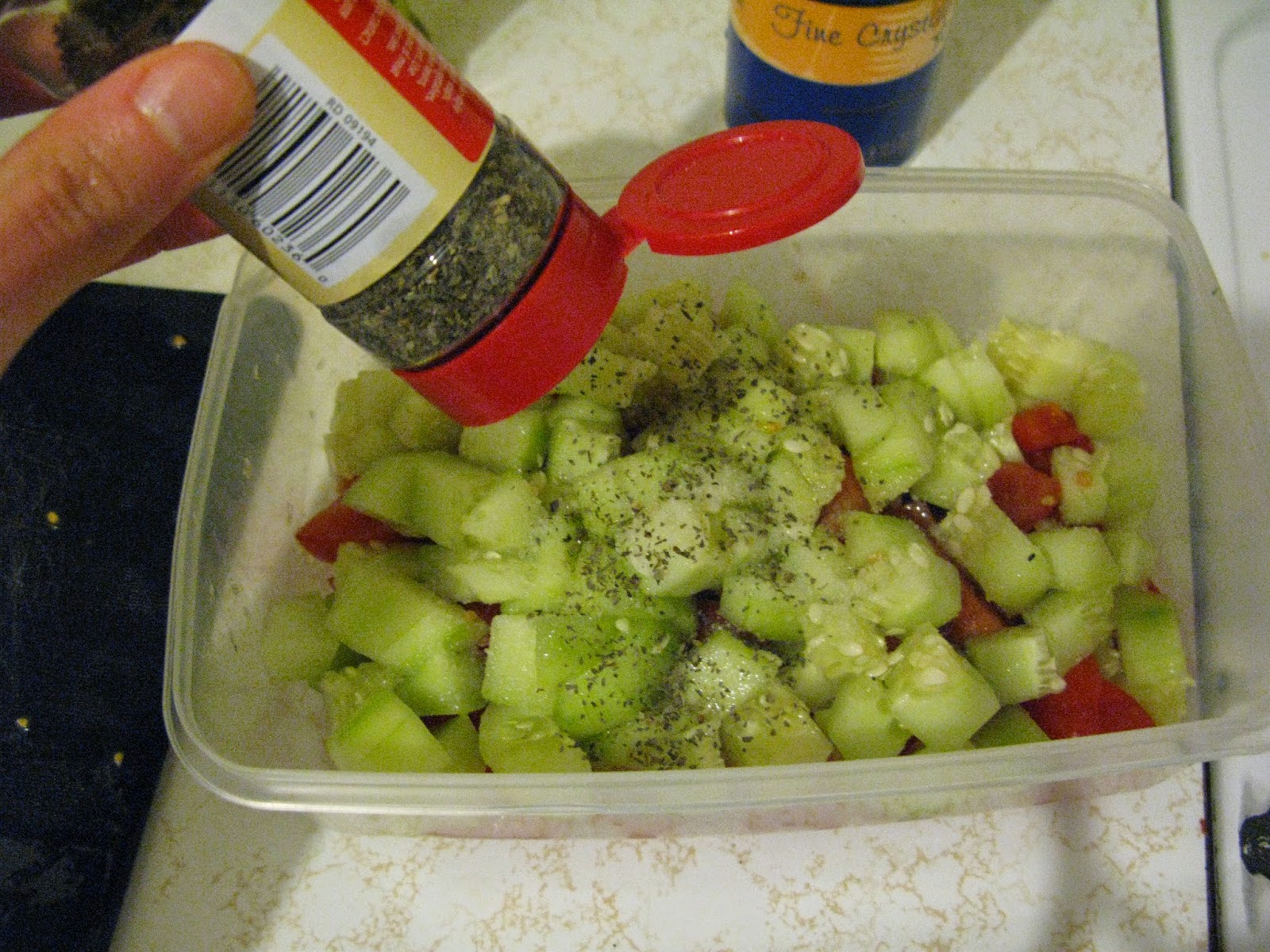 I sliced the onion thinly and added the rice vinegar on top.  I used vinegar because Roti's red onions have a strong vinegary kick. 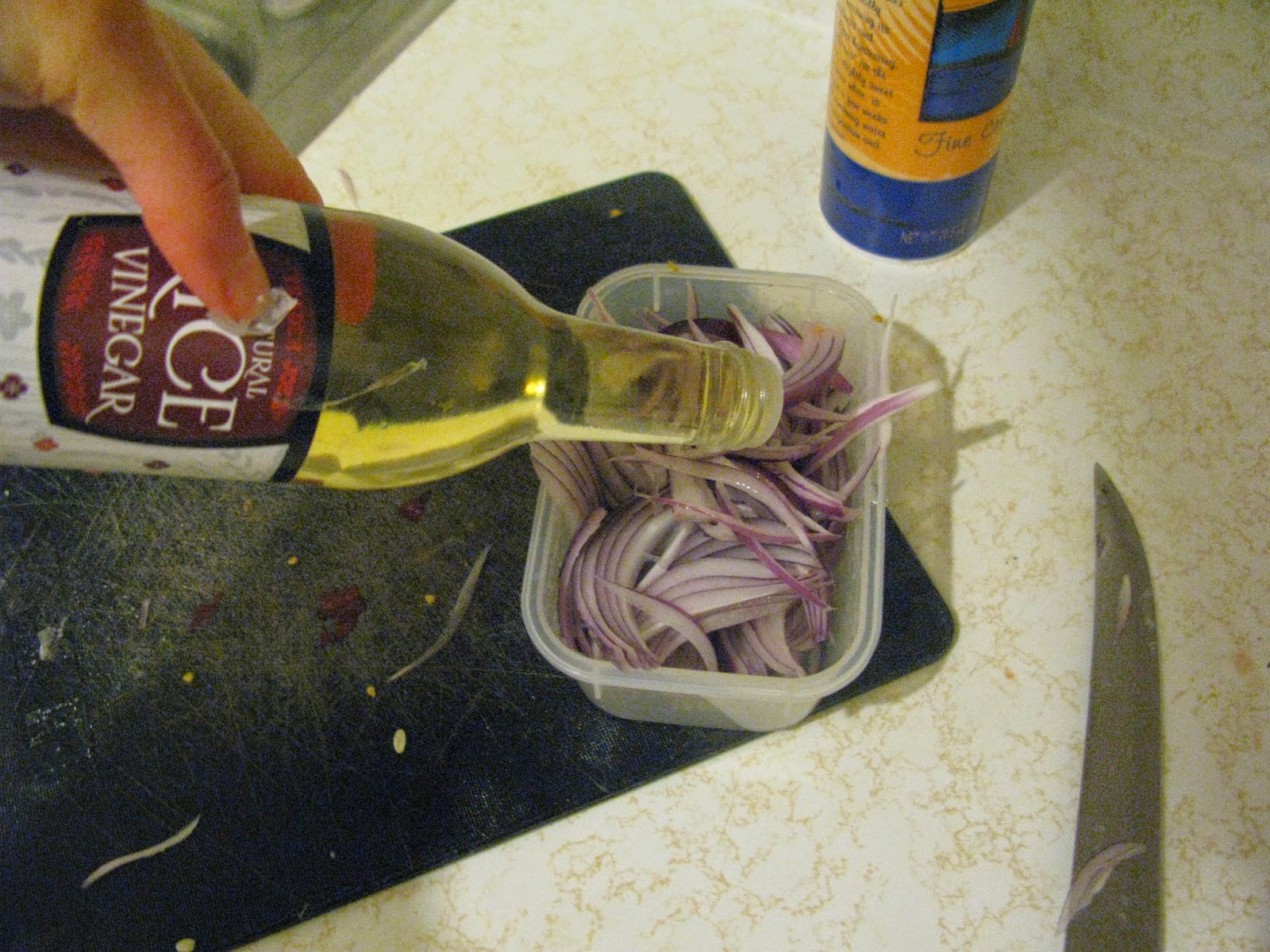 I roasted the broccoli and sliced carrots in 2 to 3 tablespoons of olive oil and salt.  I baked it for 20 to 25 minutes at 350 degrees. 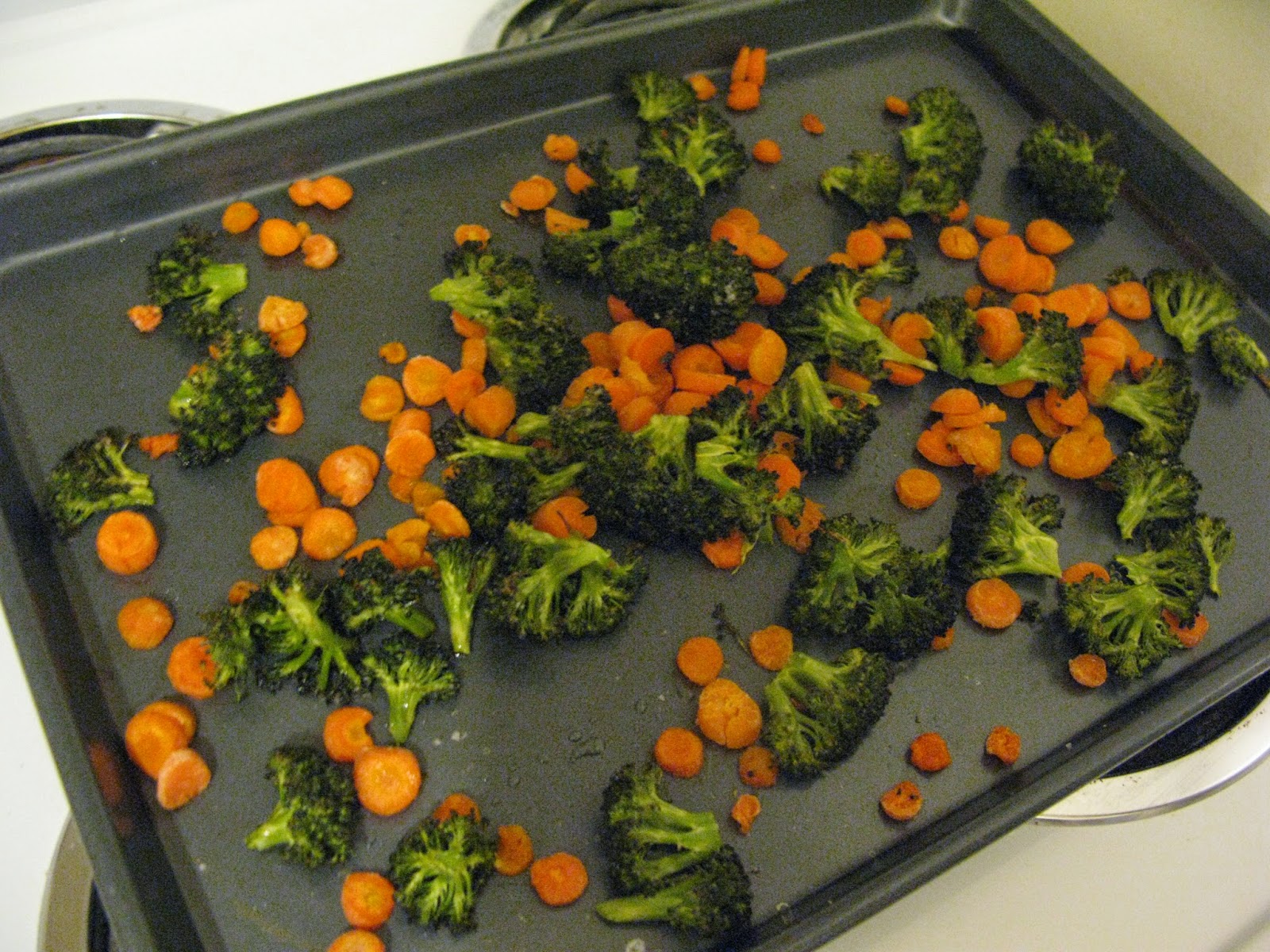 Once all the components were ready, I began assembling my salad.  I laid down a bed of lettuce and spooned on a third or half a cup of the tomato and cucumber mixture. 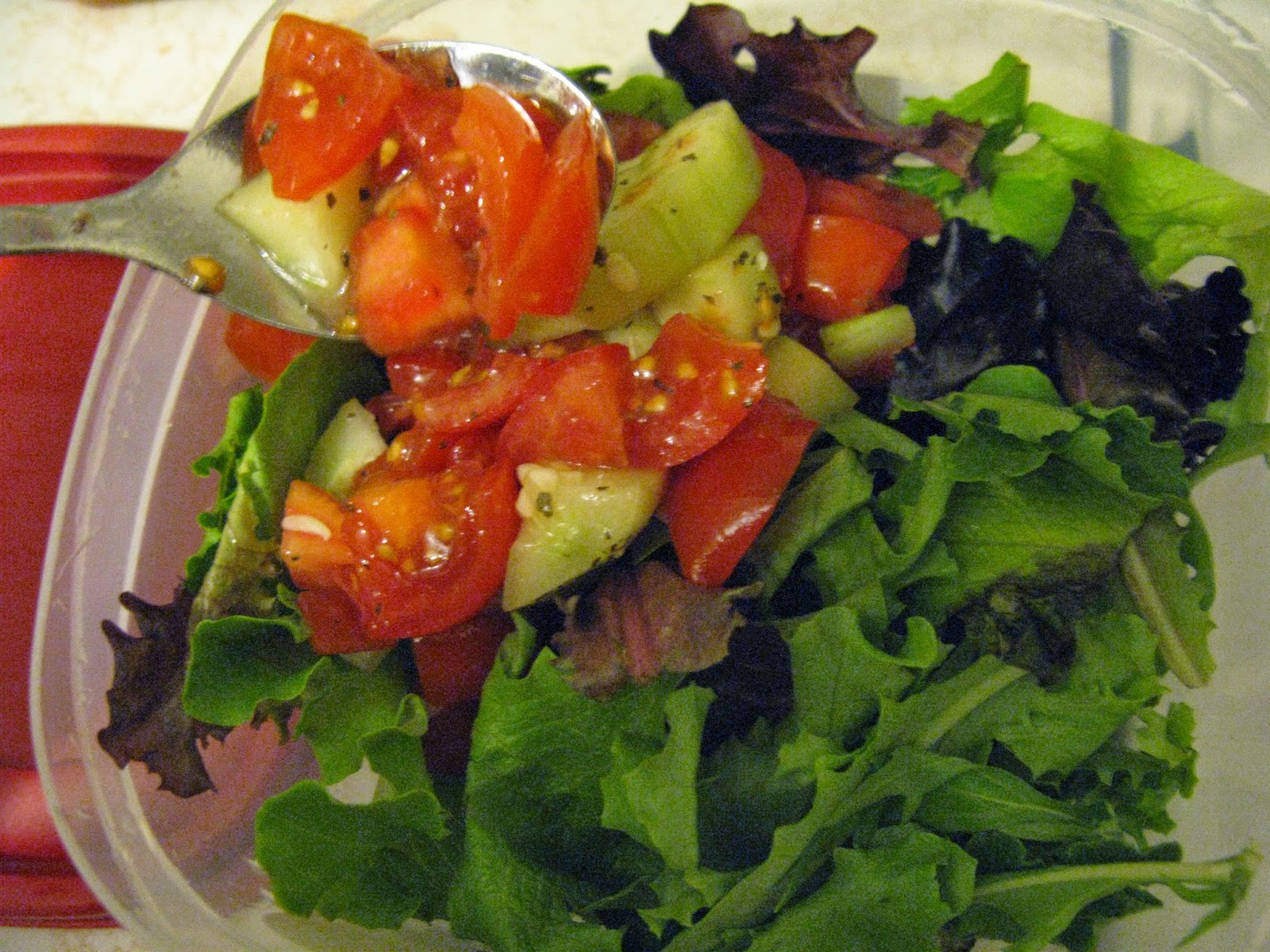 I added a third a cup of the roasted vegetables next to the tomato and cucumber salad. 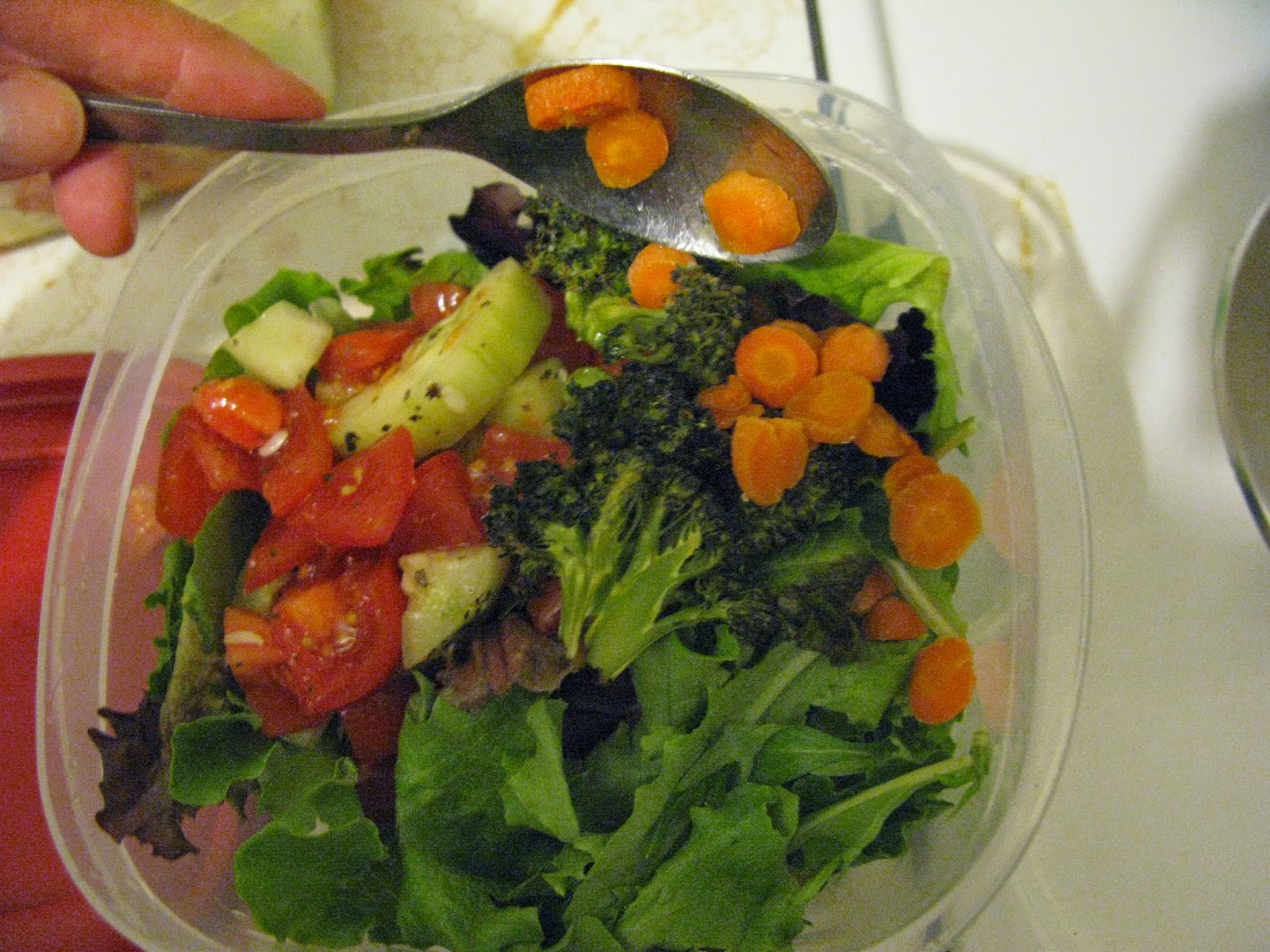 I added some of the sliced red onions. 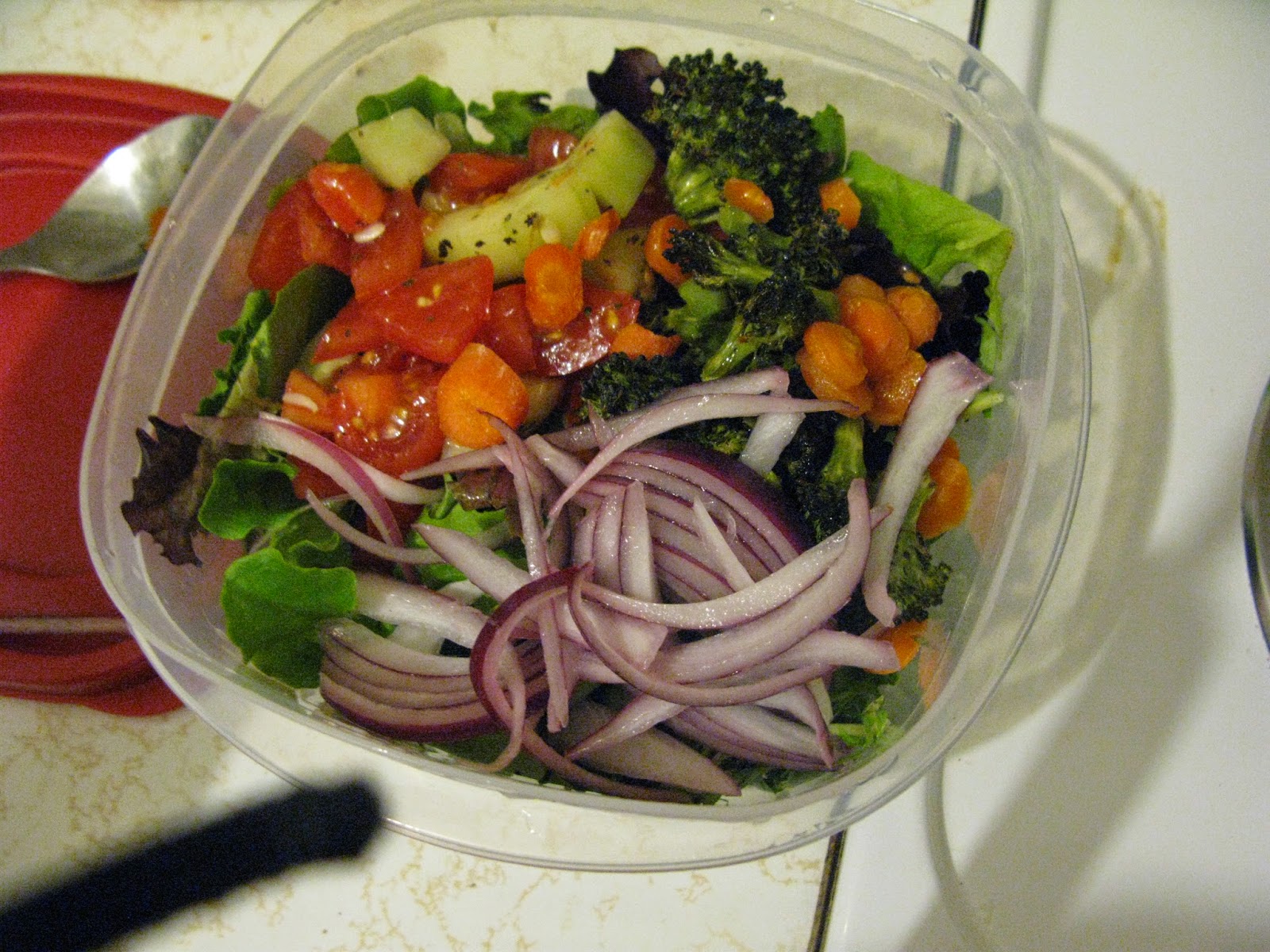 I bought olives stuffed with almonds because they were on sale.  Roti doesn't use this kind of olive, but I enjoyed the crunchy nut. 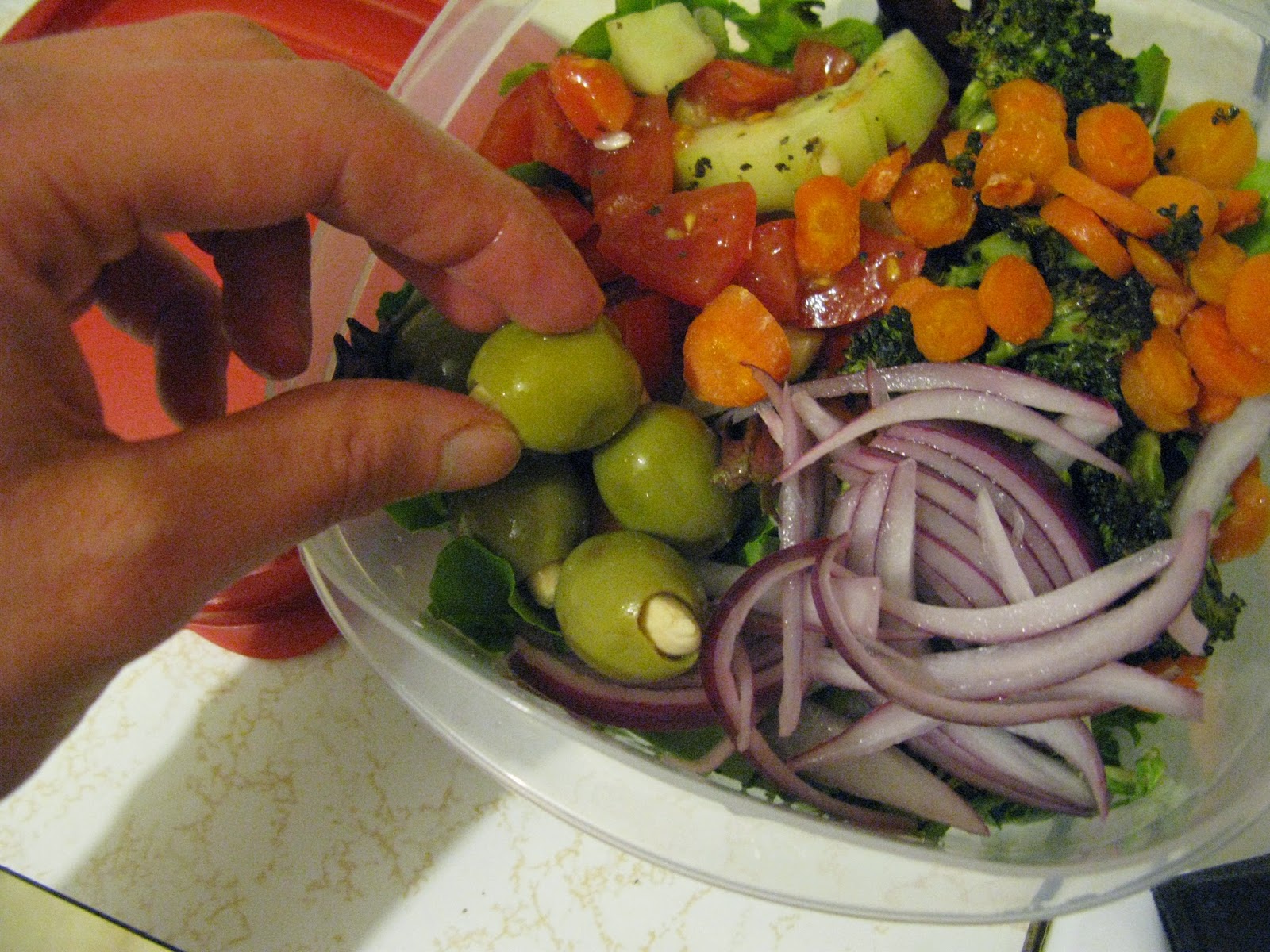 Some crumbled feta cheese goes in the middle. 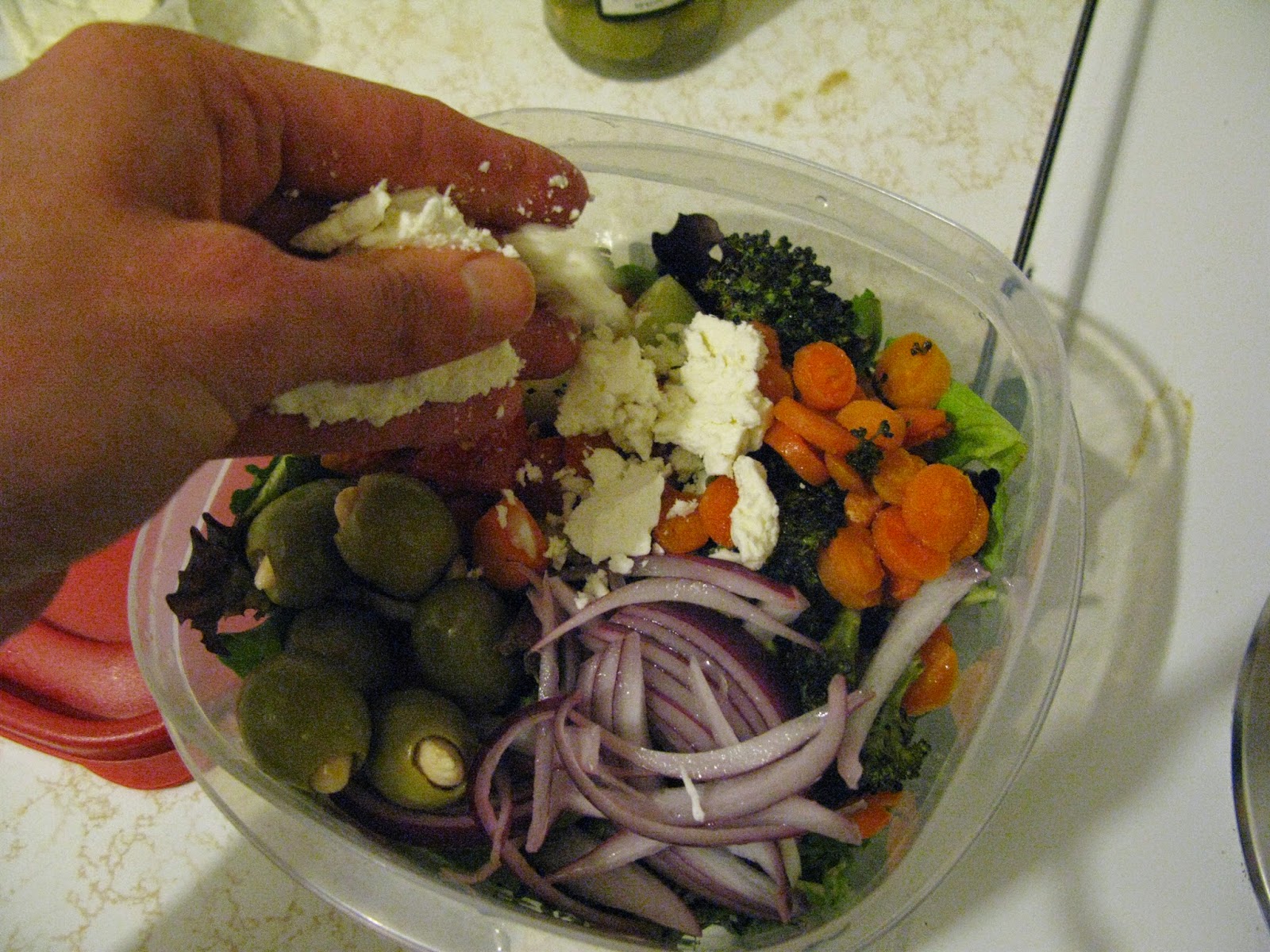 I scooped on a healthy quantity of hummus. 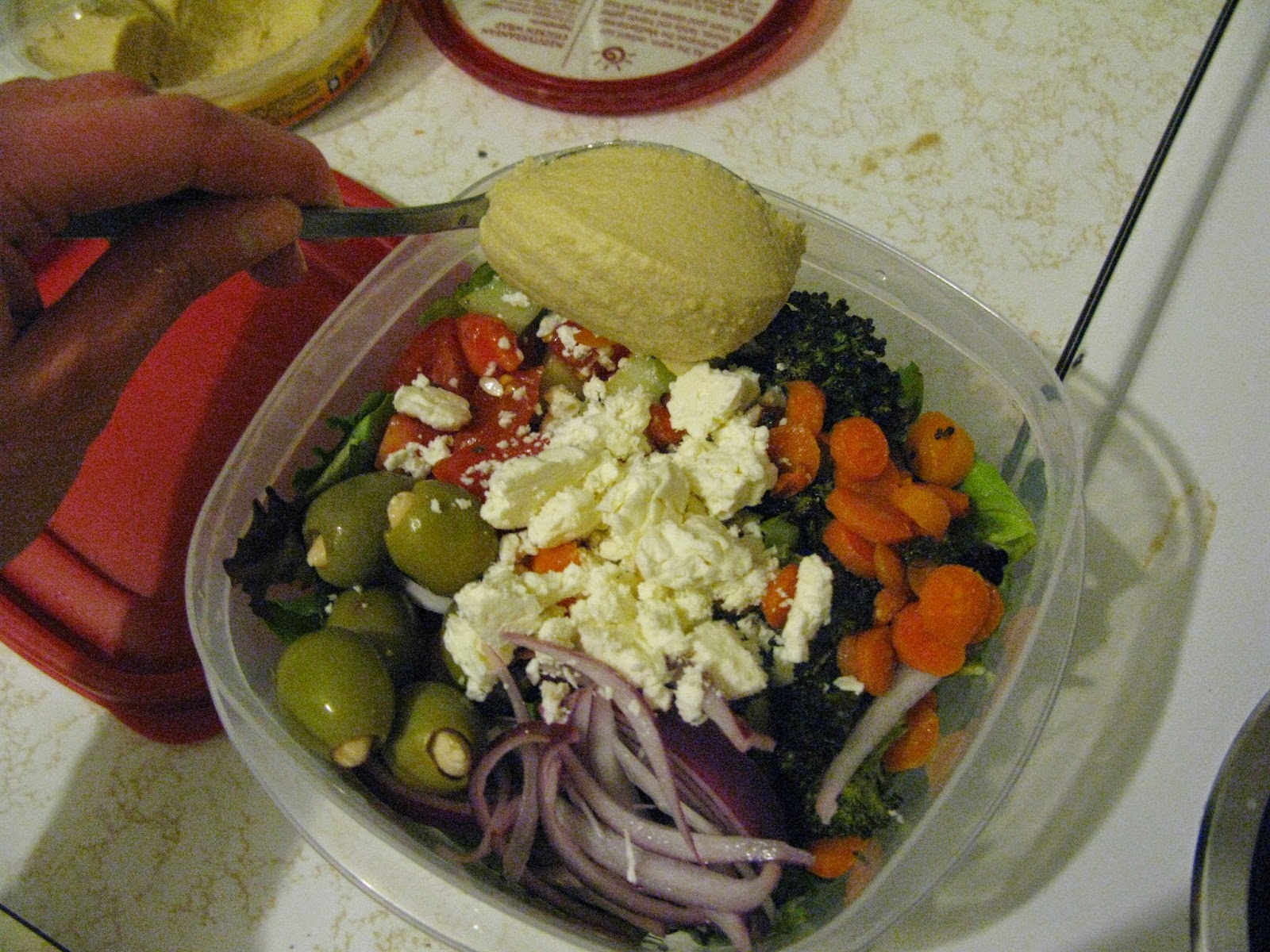 I also squeezed on some siracha sauce, though you can't tell in the picture. 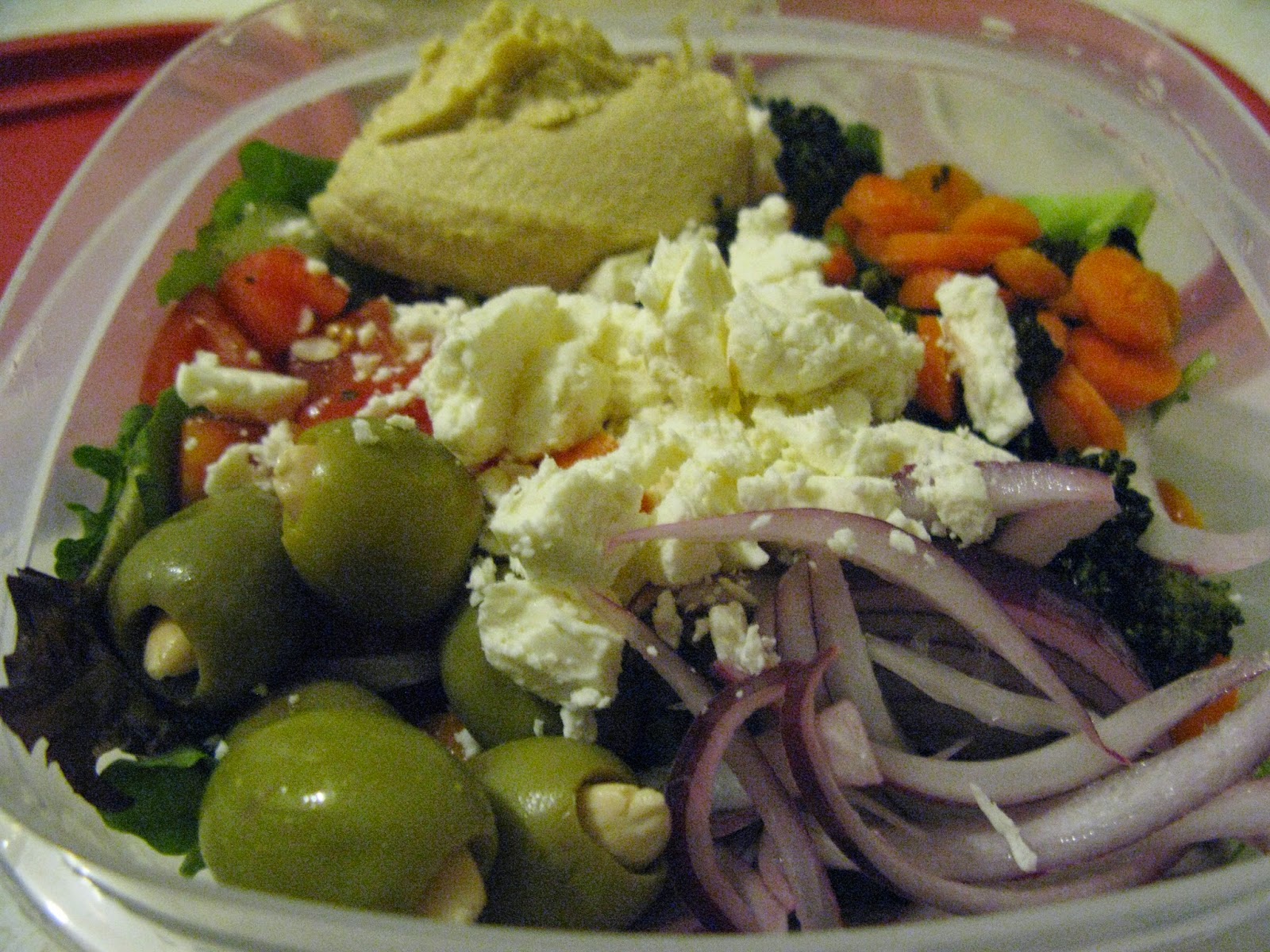 This is a super flavorful salad.  Even though there is no meat, it is a satisfying main dish.  Roti makes their salads my pilling on the topping in individual heaps like it did, but you could sprinkle them evenly over the lettuce too. 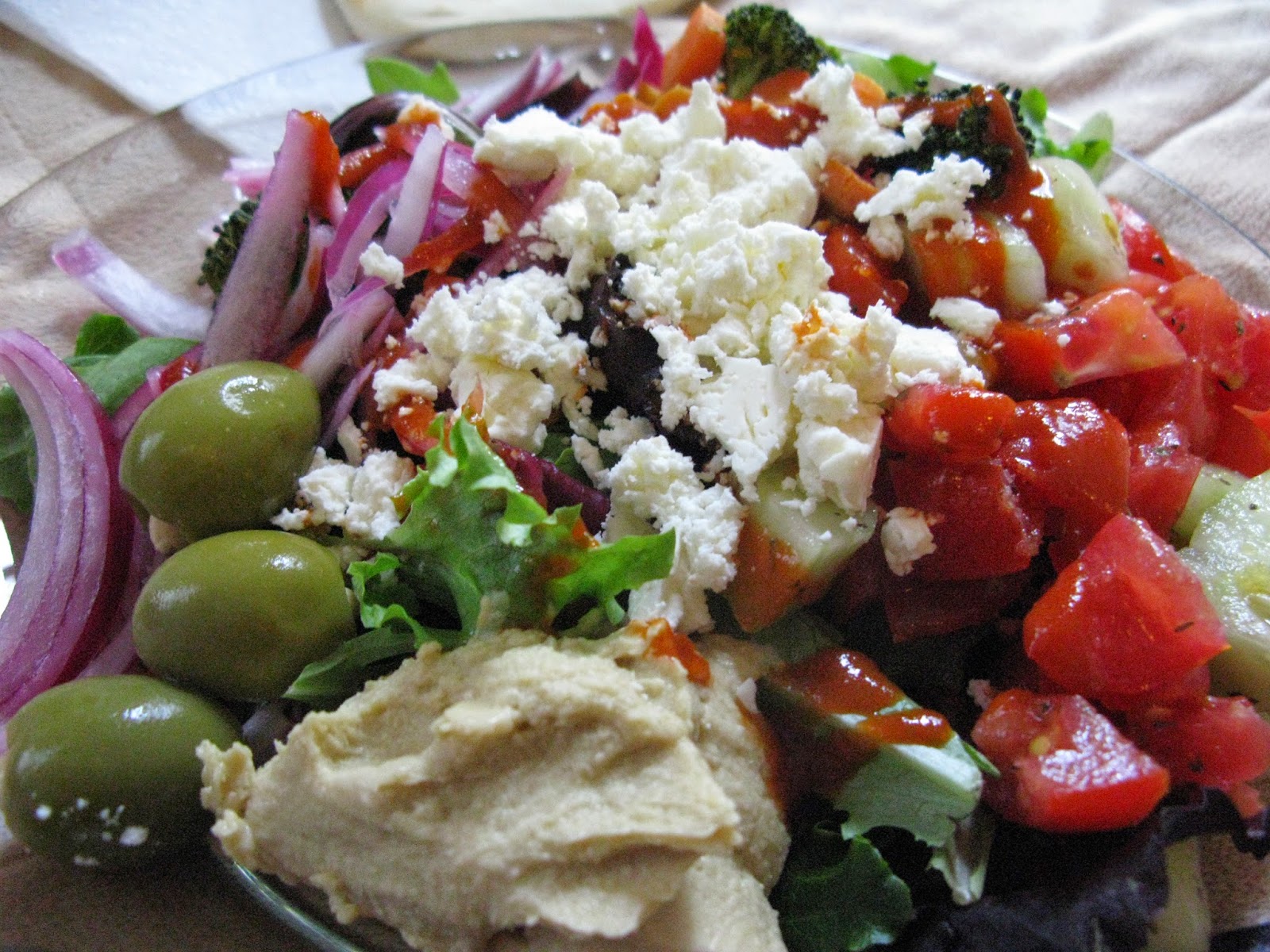 This is a great summer salad.  It has delicious flavors, it's nourishing, but it doesn't weigh you down either.  I'll definitely make this salad again. 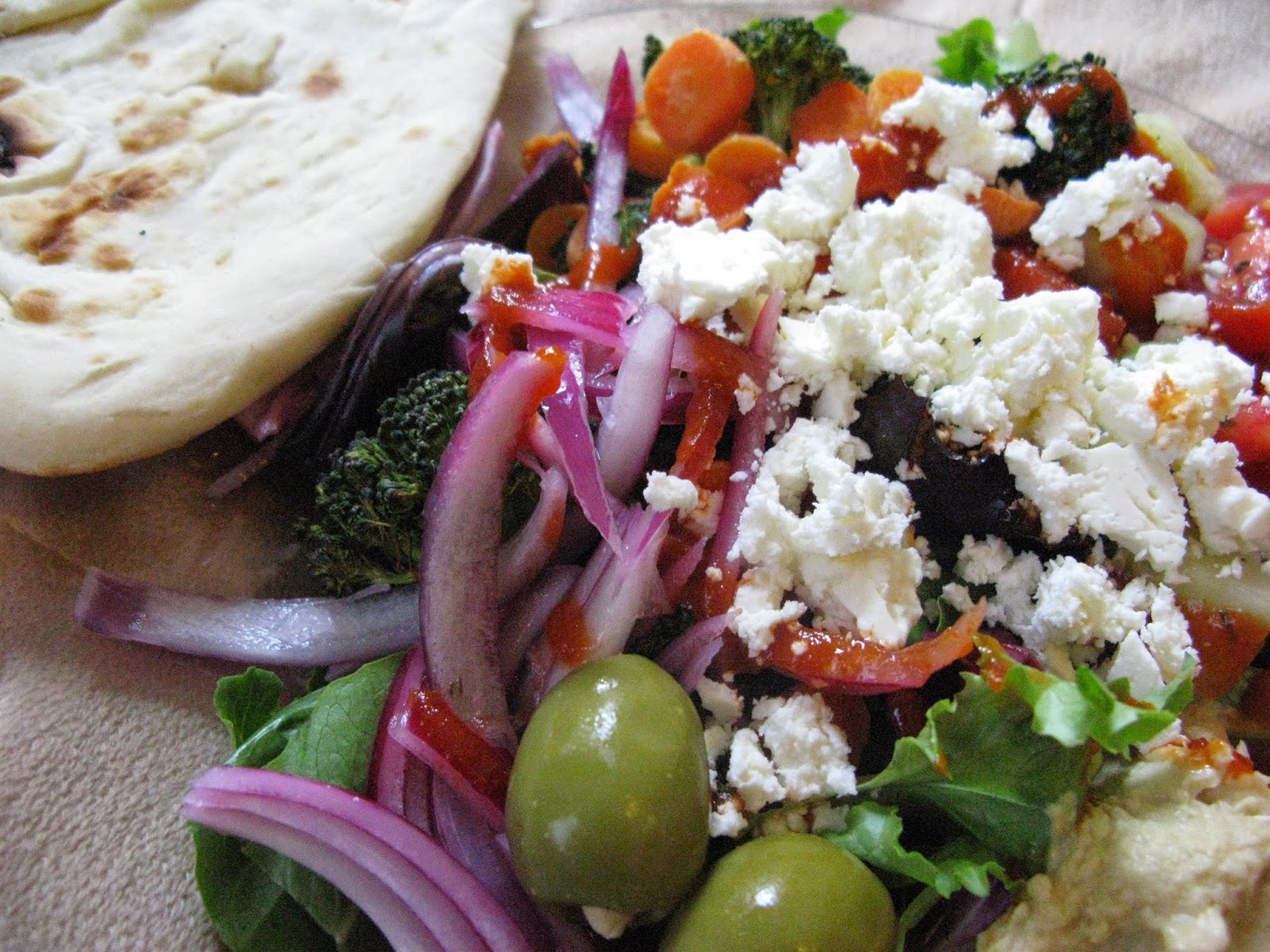