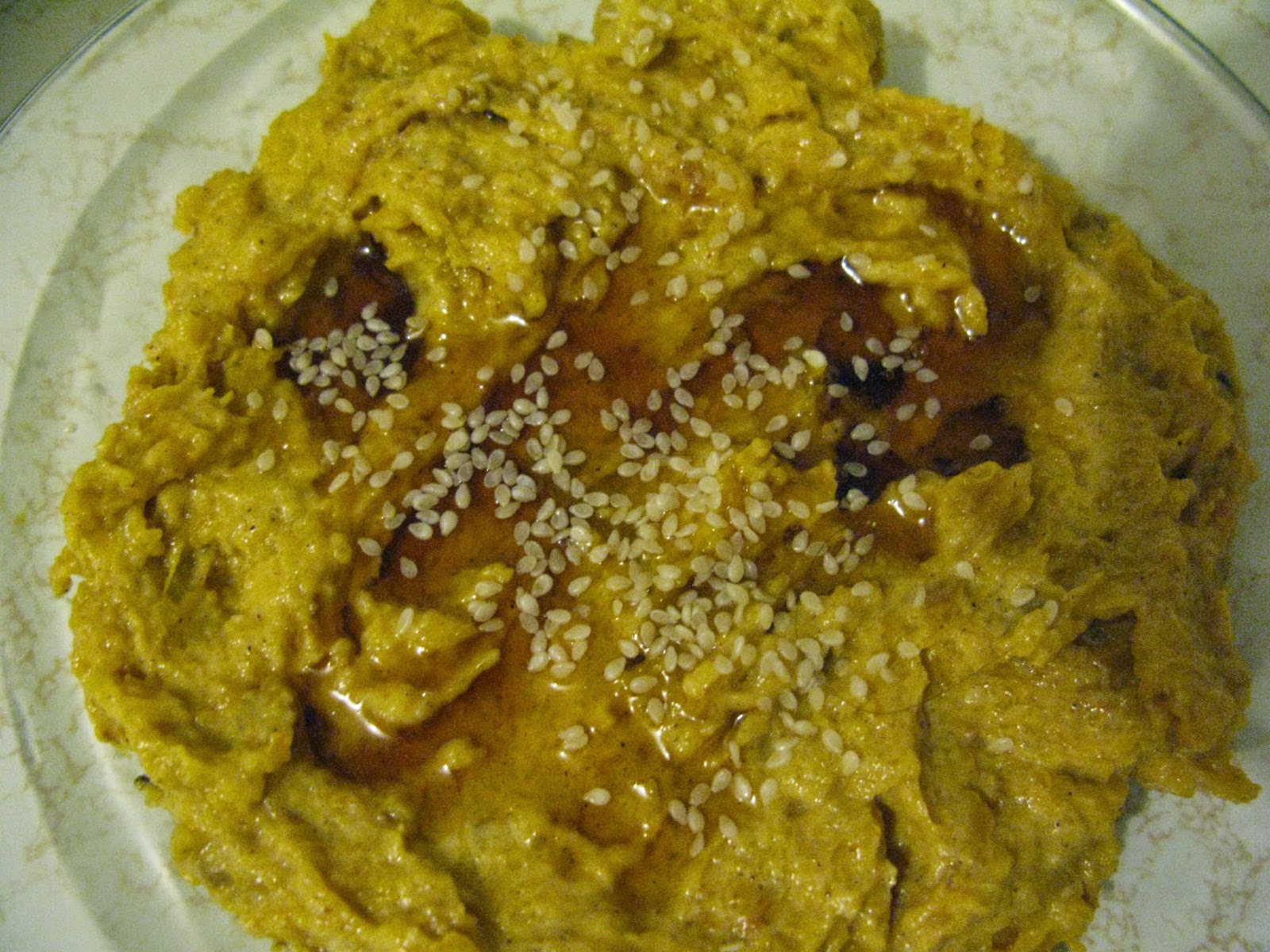 This recipe came from the same cookbook as the sweet and sour marinated fish.  Unfortunately, I'm super lazy and still haven't googled the name of the book. 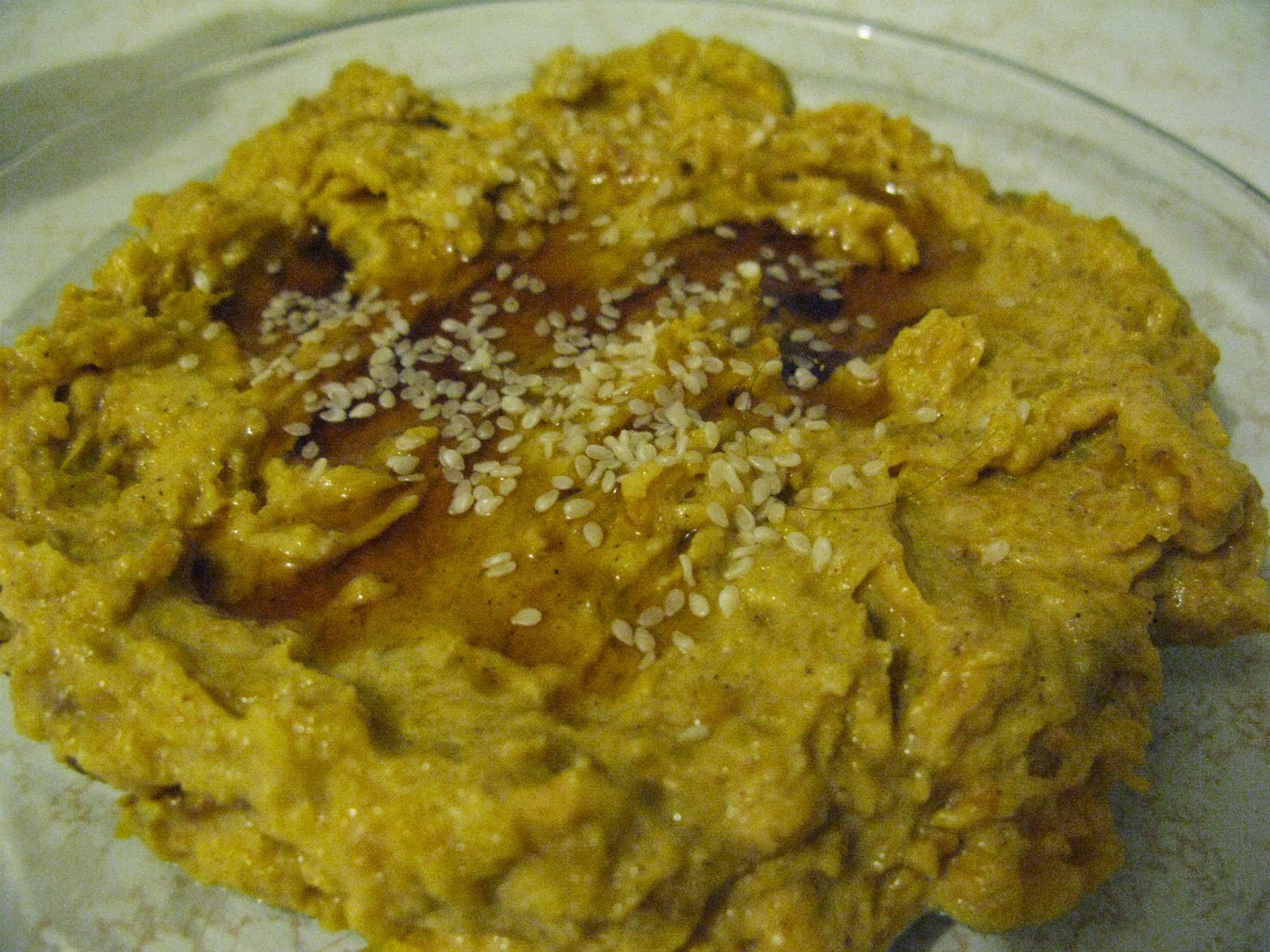 As I mentioned before, I didn't buy the book.  I checked it out at the library.  I found several interesting recipes and photocopied them before returning the book.  In my haste to avoid a late fee, I didn't write the titled of the book down. It's a shame because the book had such beautiful pictures.  The author shared pictures of people and places as well as delicious food. 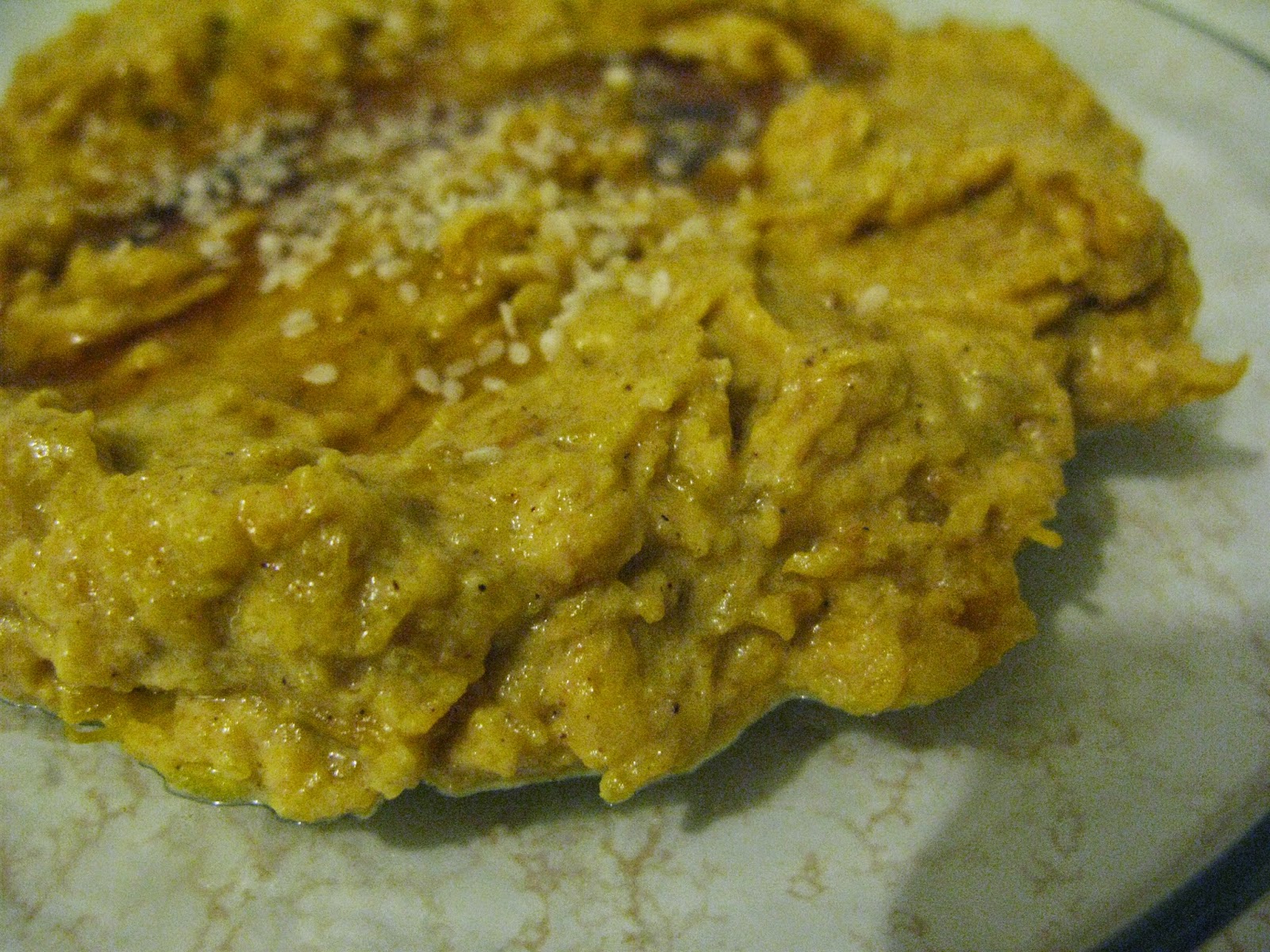 I used maple syrup, but the recipe asked for date syrup.  I don't know where one finds date syrup.  Maple syrup seemed fine, but I'm sure the date syrup is even better.  I also decided to add nutmeg even though it wasn't called for.

I cut the squash into chunks and poured the olive oil on top. 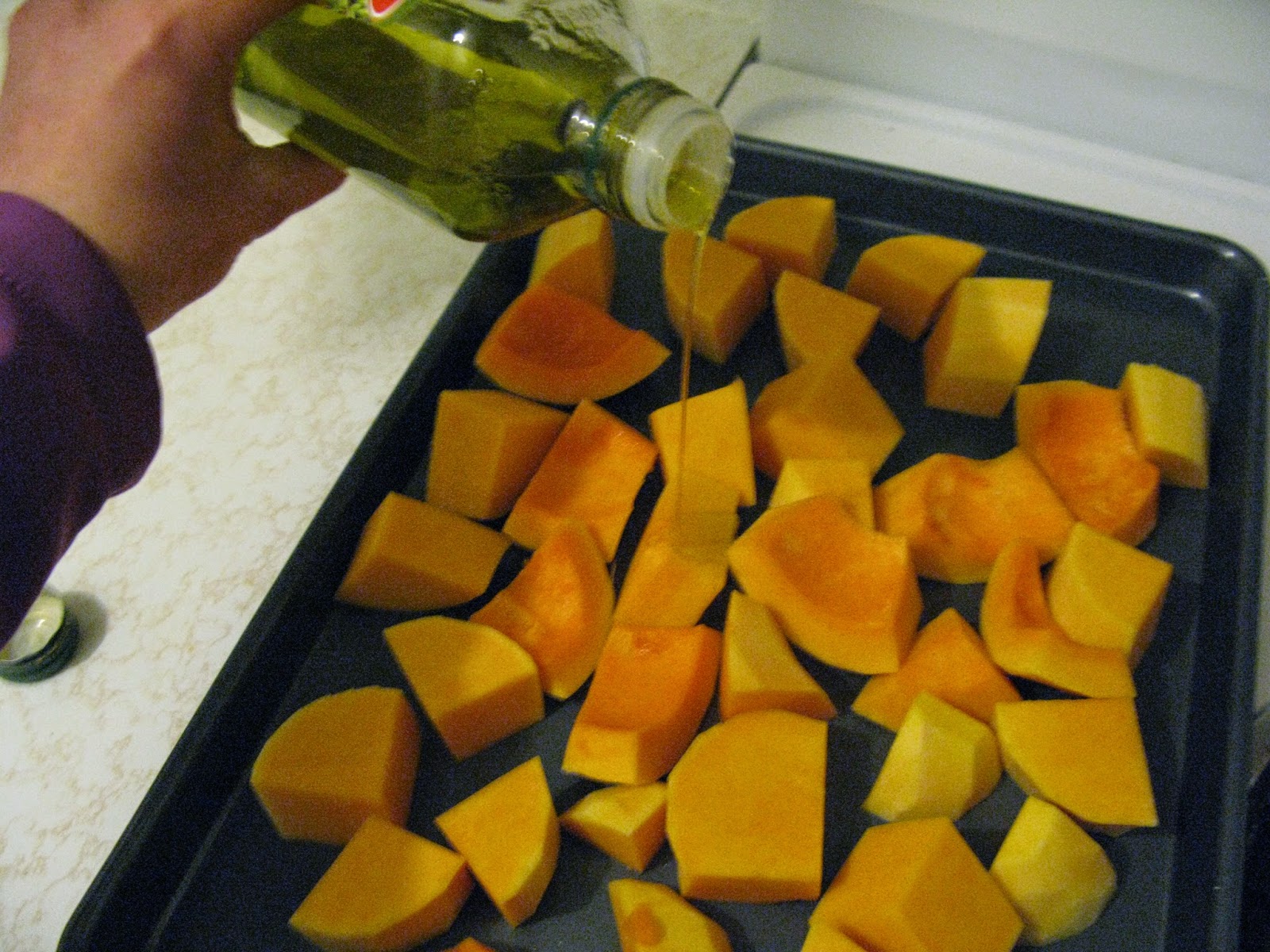 I added the nutmeg, cinnamon, and salt. 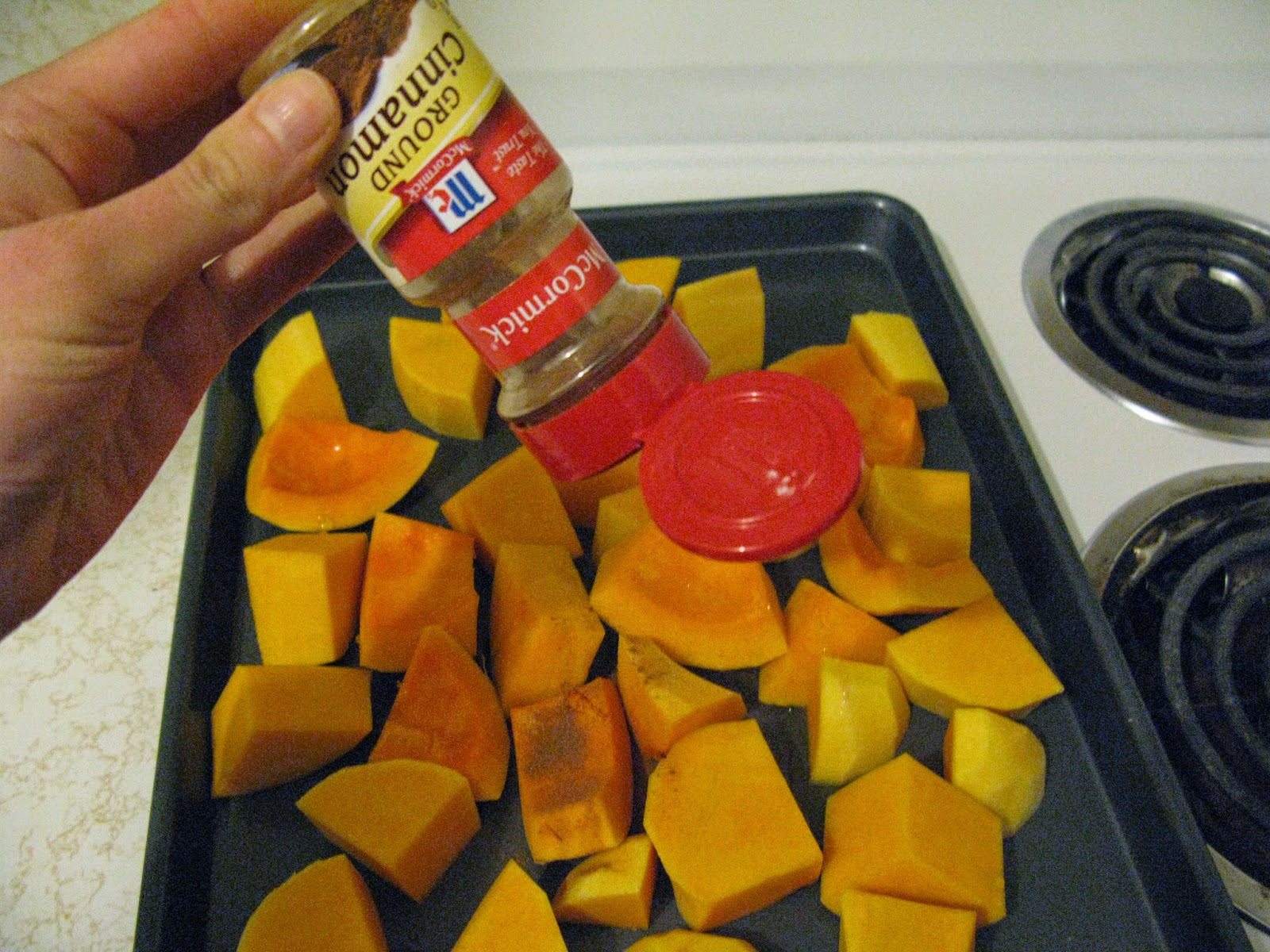 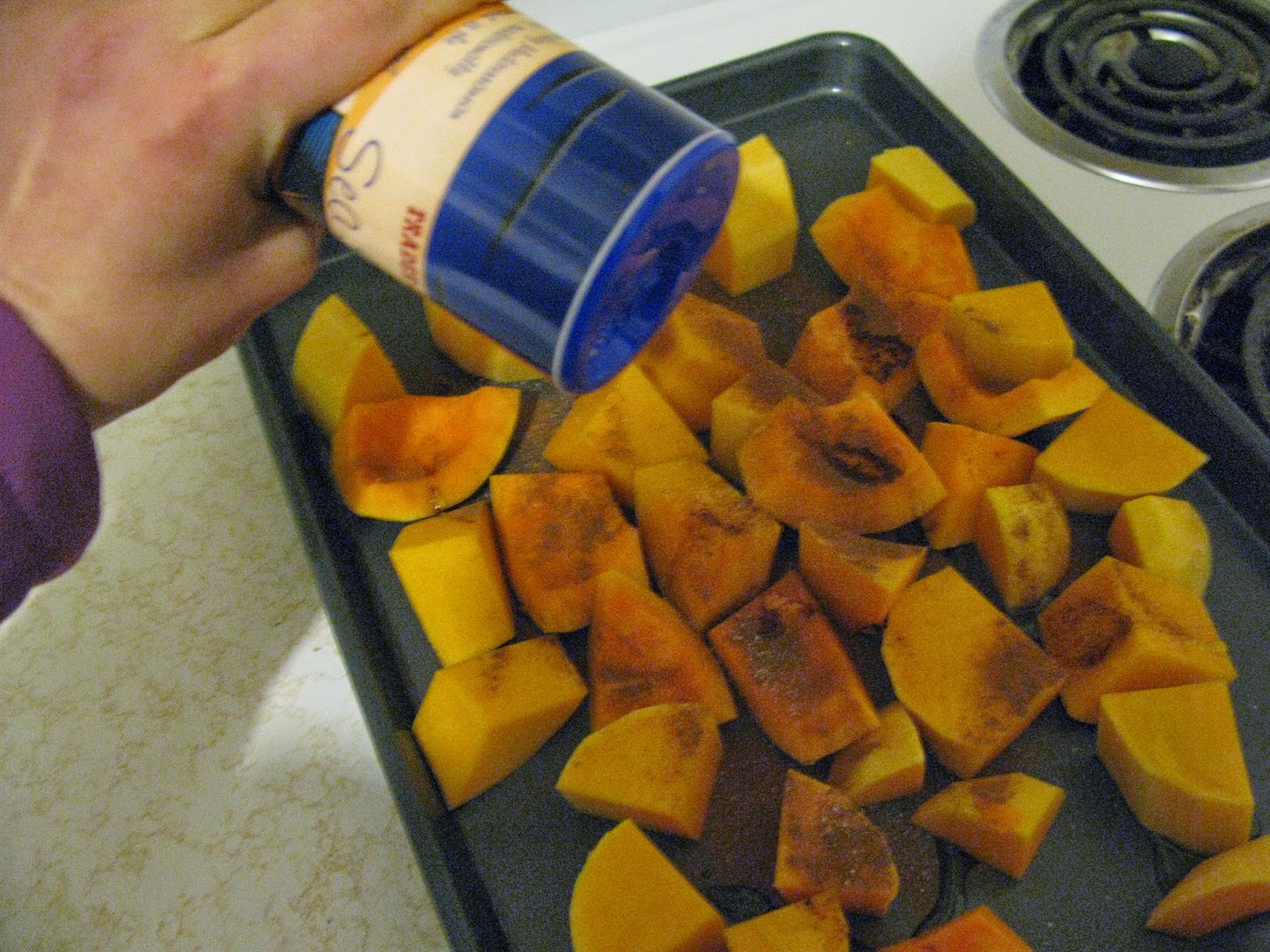 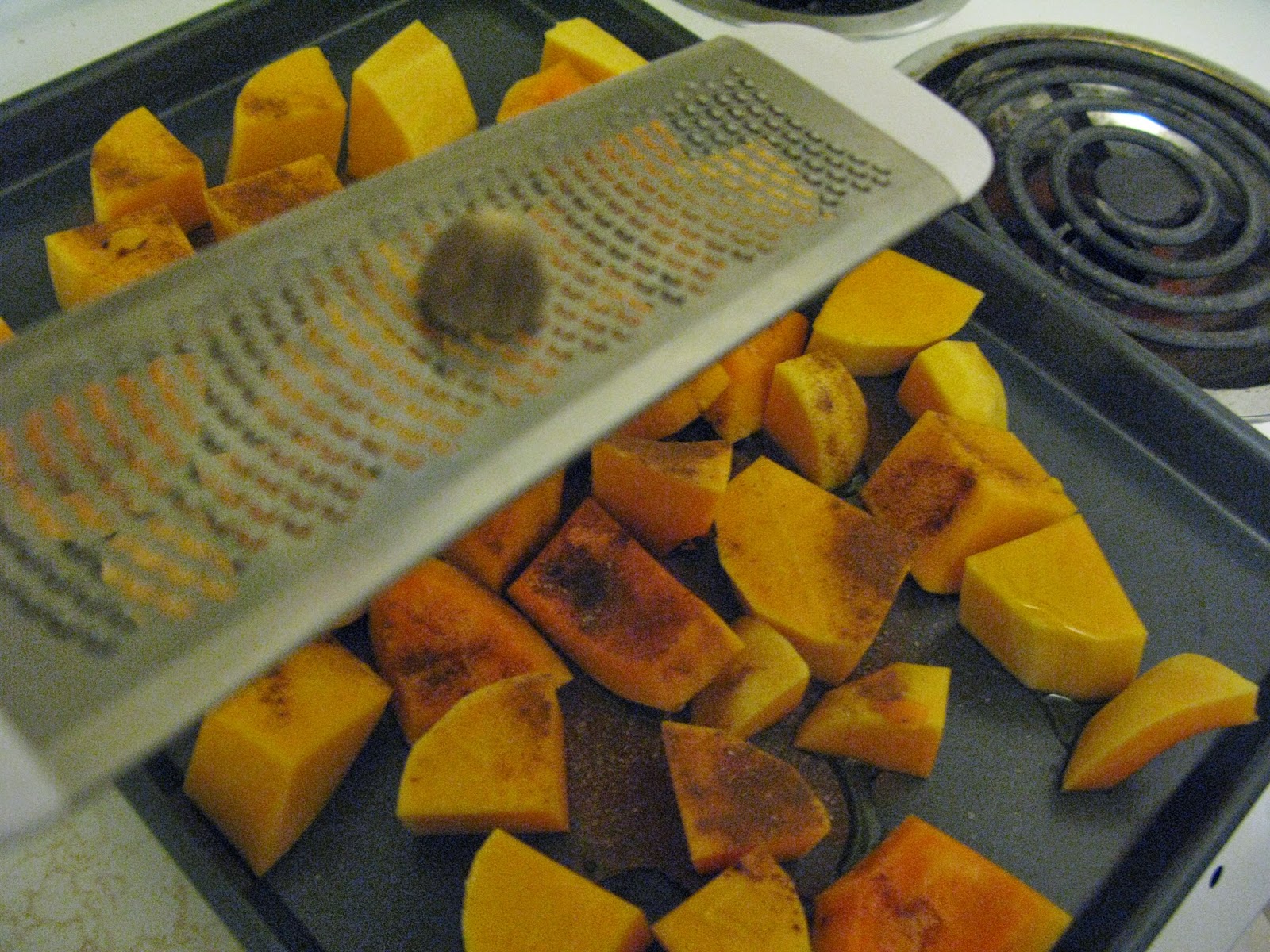 I mixed the squash and spices up so everything was evenly dispersed. 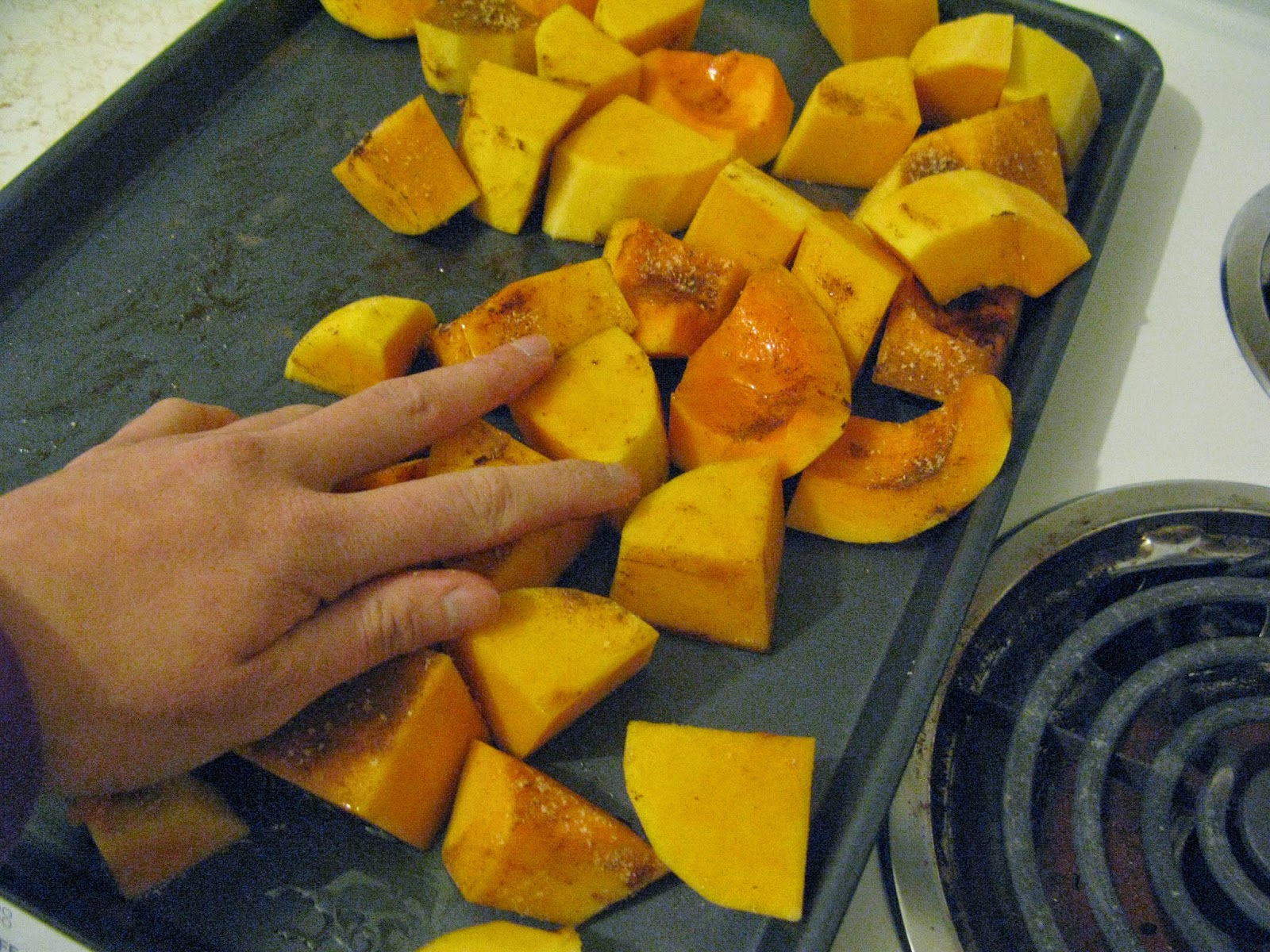 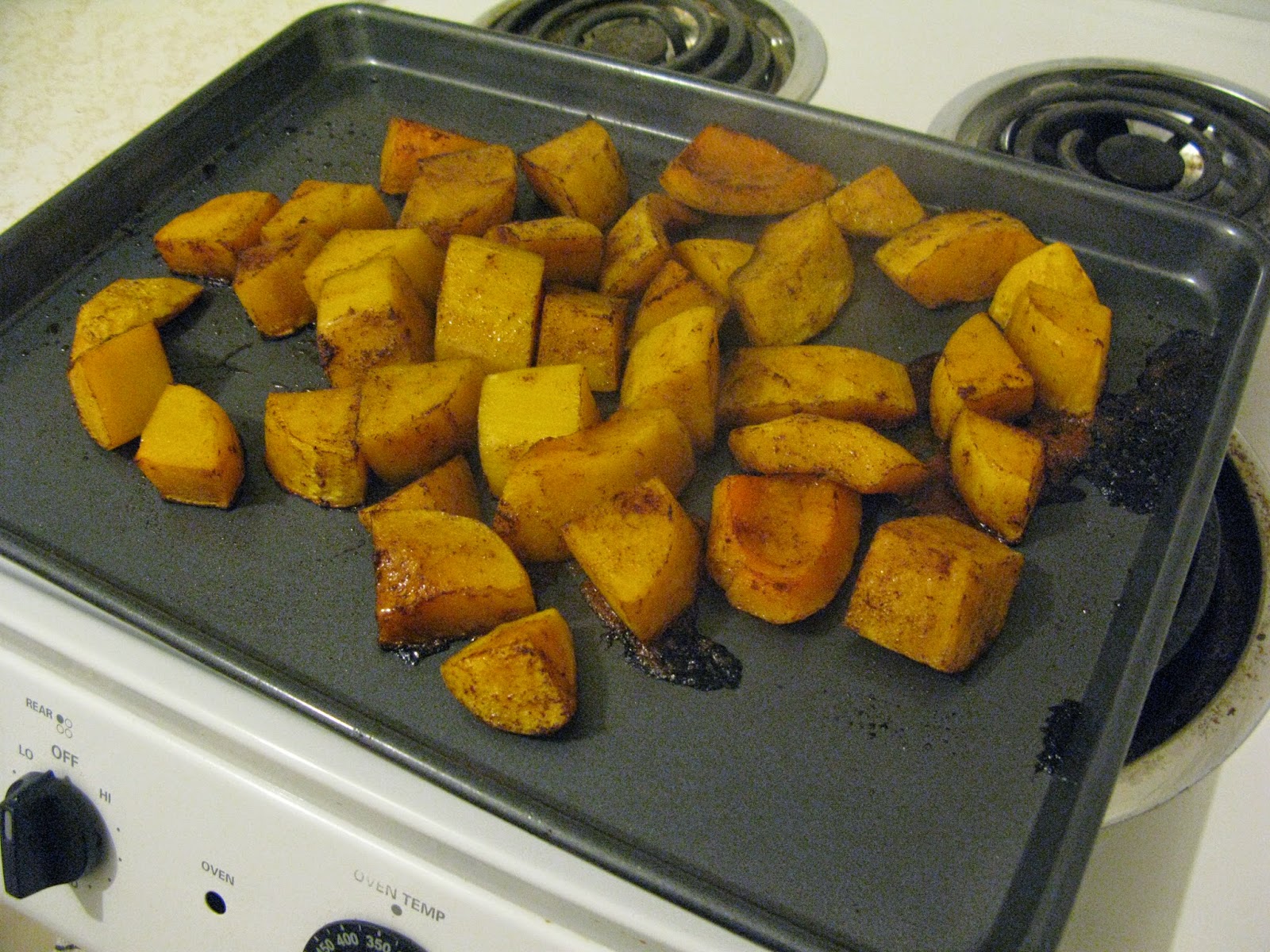 In a bowl I added the tahini paste.  Tahini is made from ground sesame seeds.  Tahini is Arabic and is derived from a verb that means to grind.  The oldest written reference to sesame is 4,000 years old. 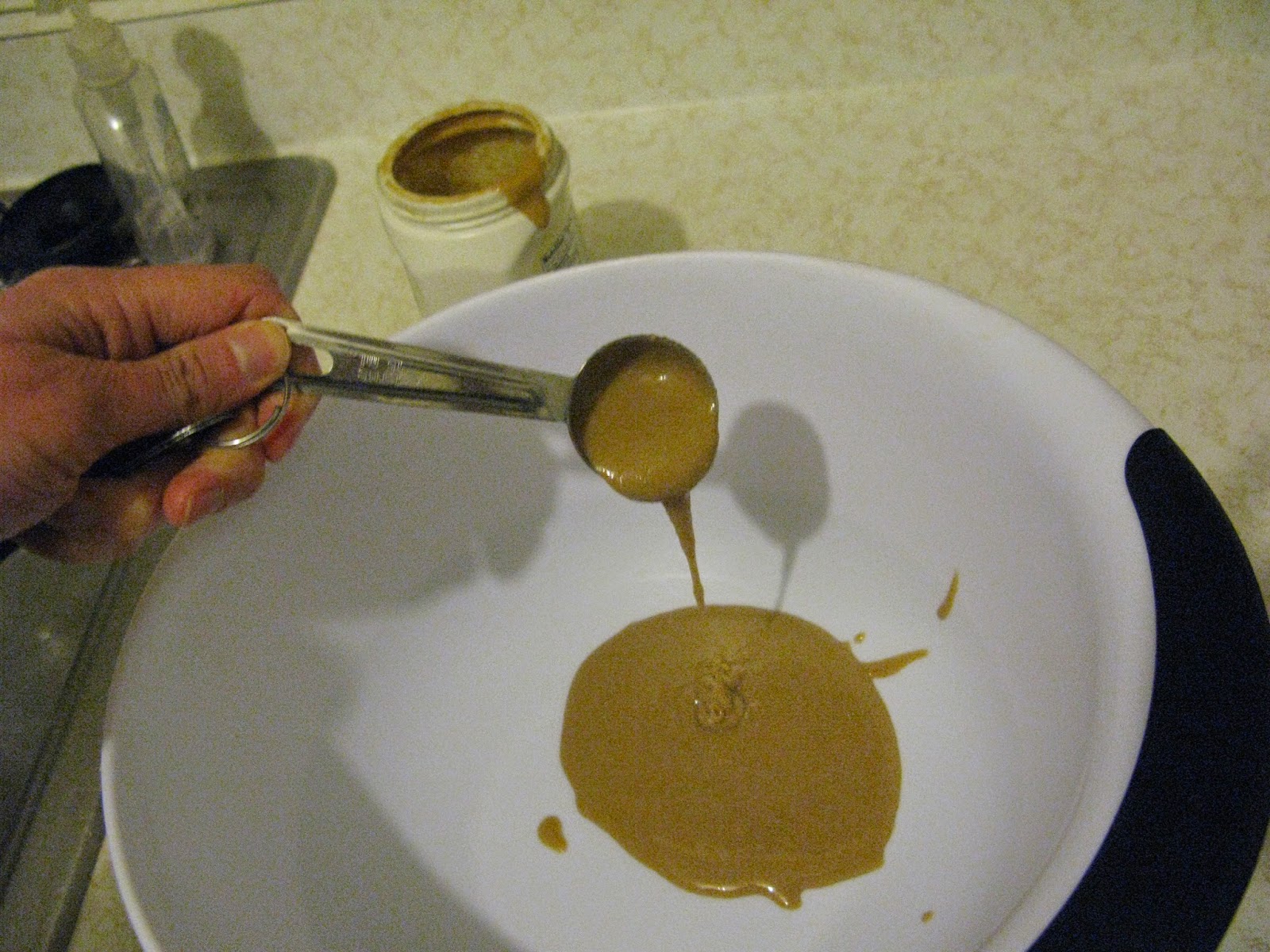 I also added the minced garlic and Greek yogurt. 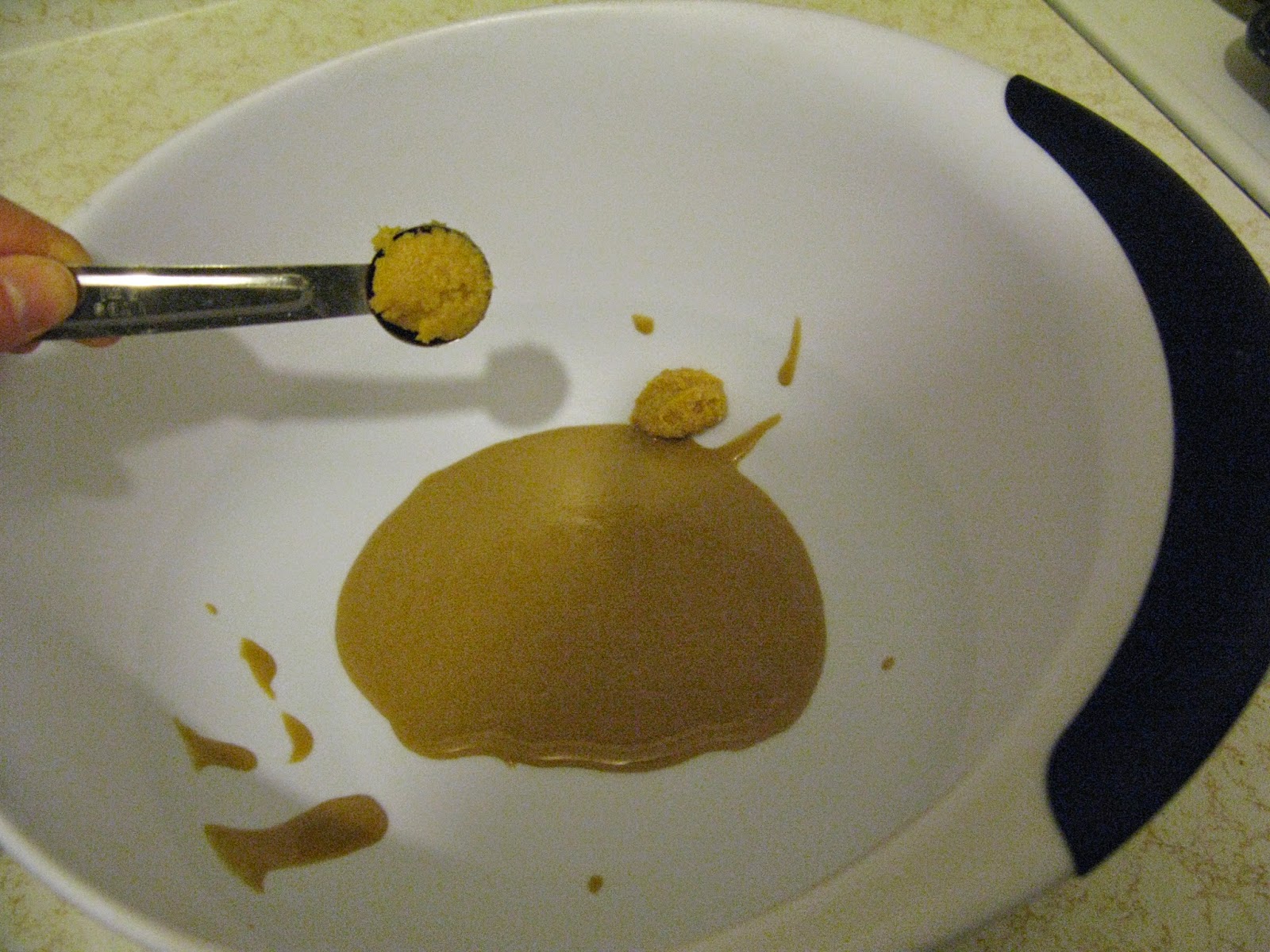 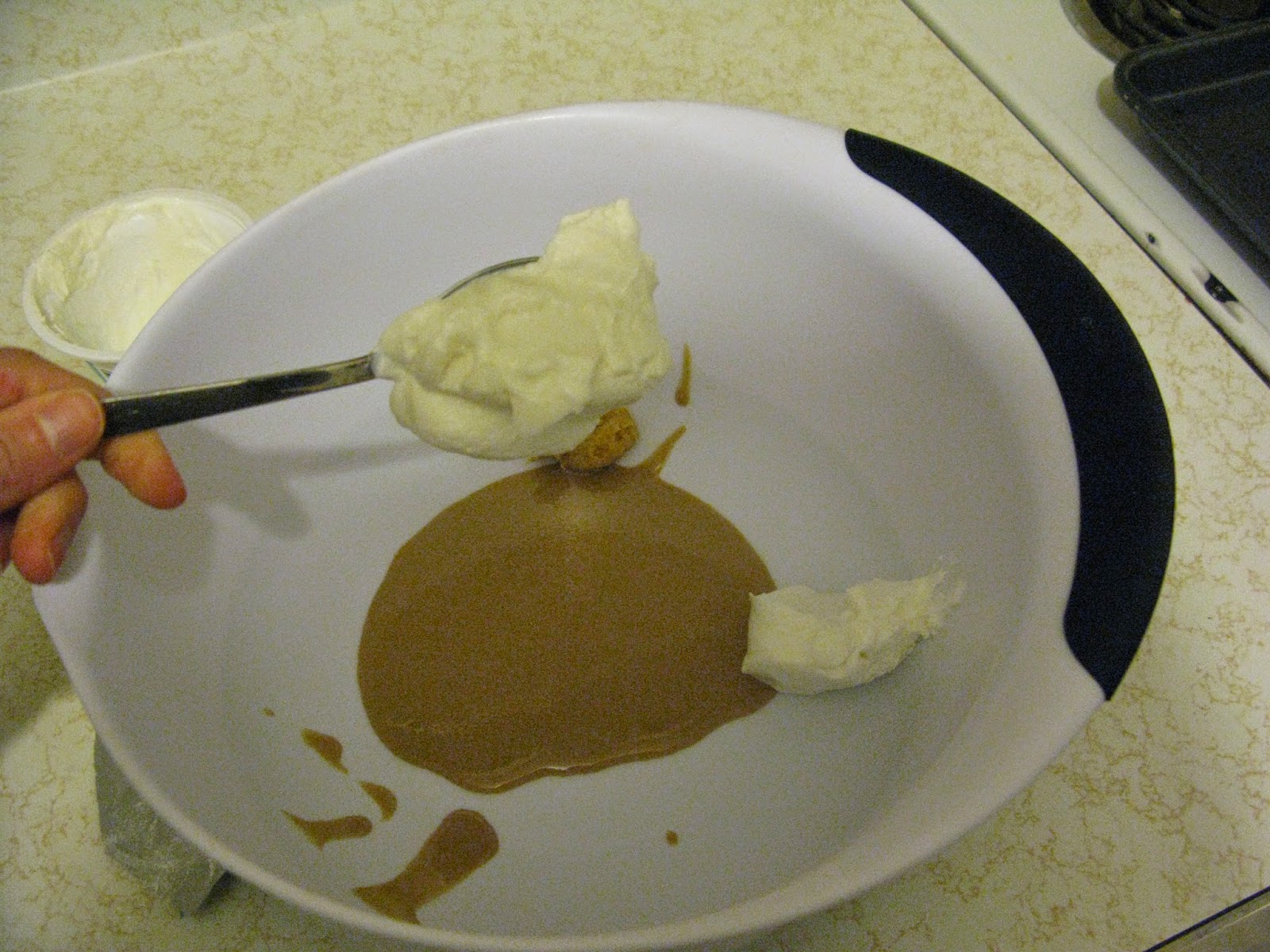 I added the comely chucks of roasted squash. 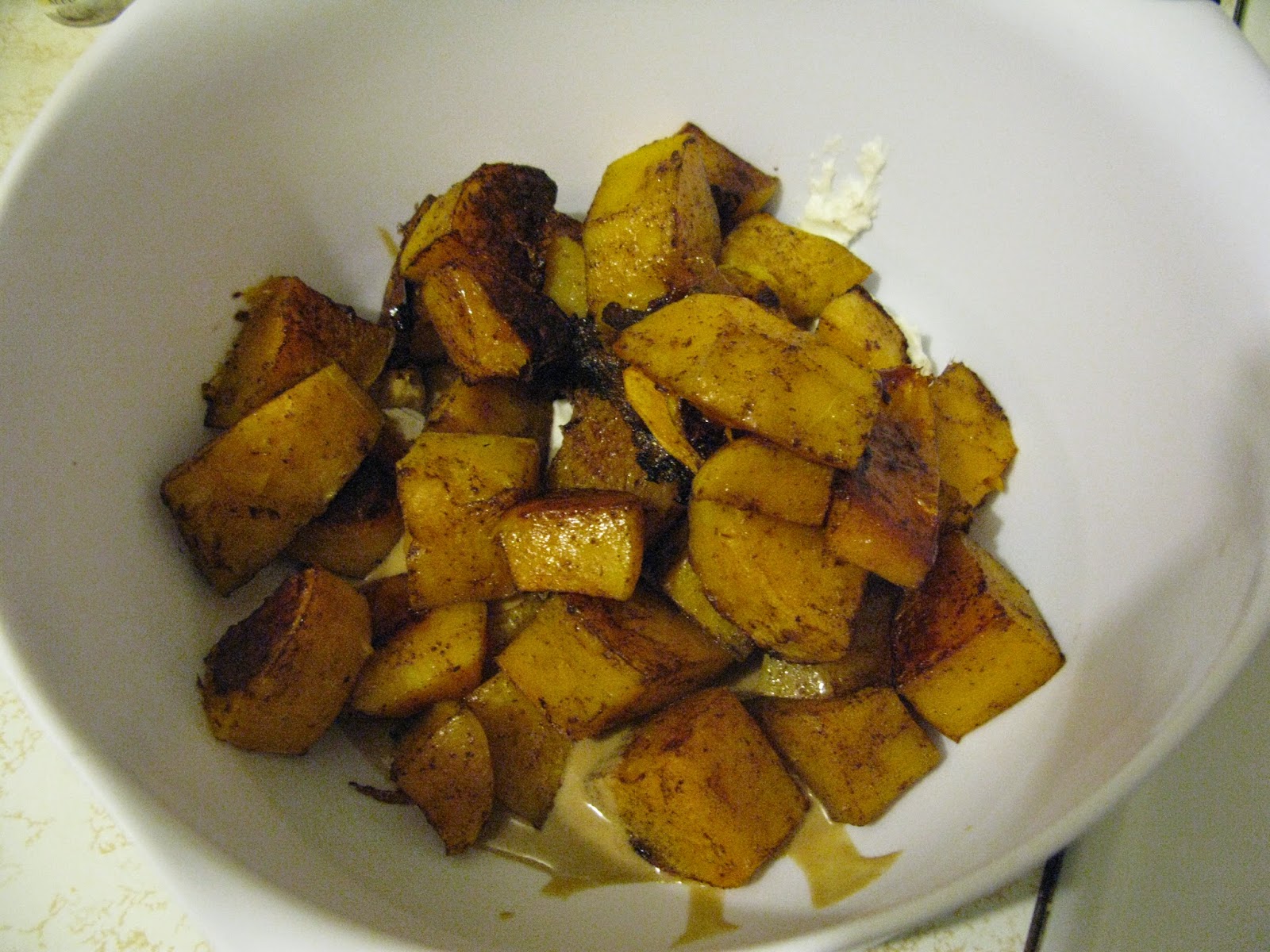 I mashed this concoction with a fork.  If you have a blender, you could make a much more smooth spread. 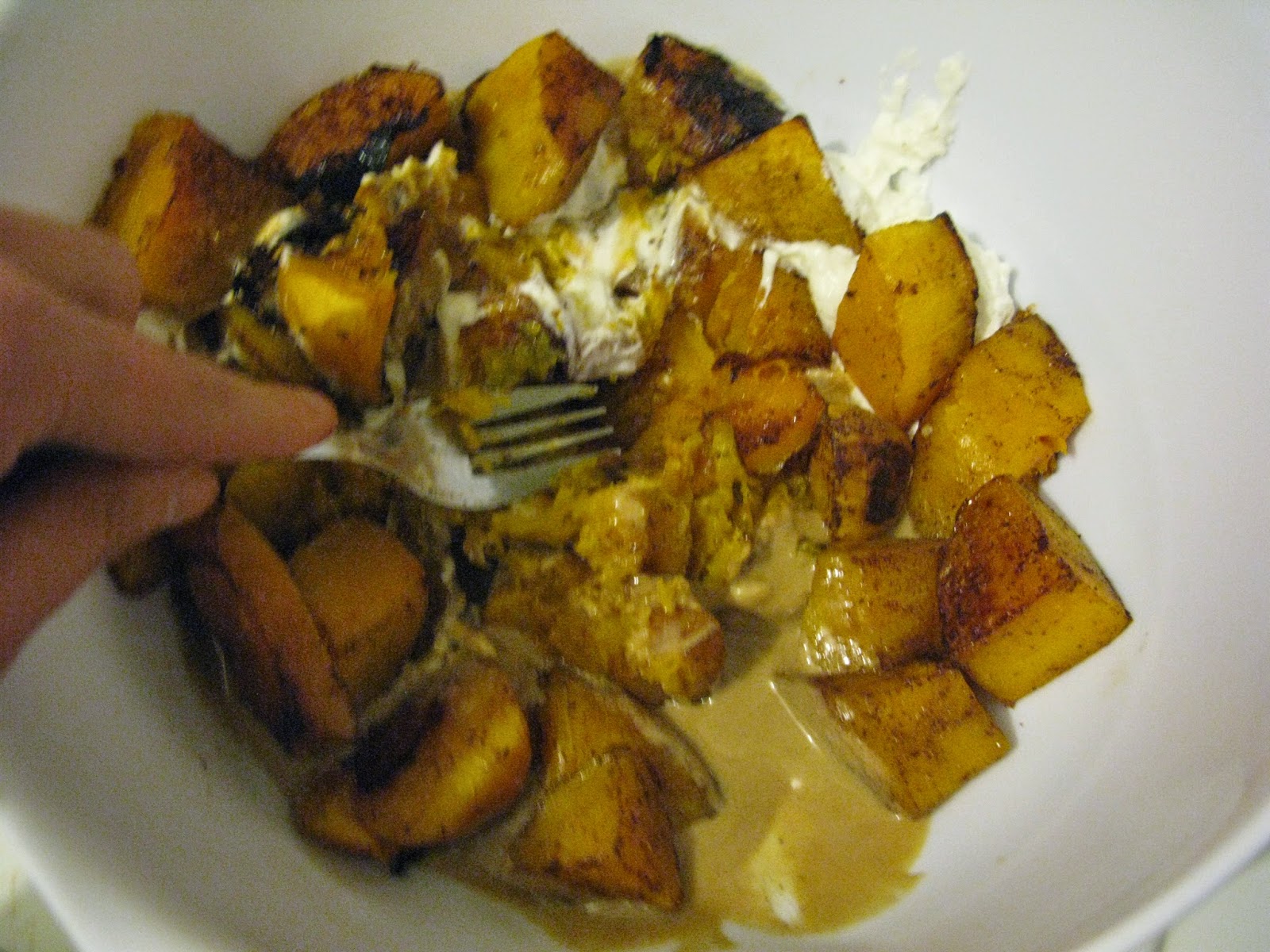 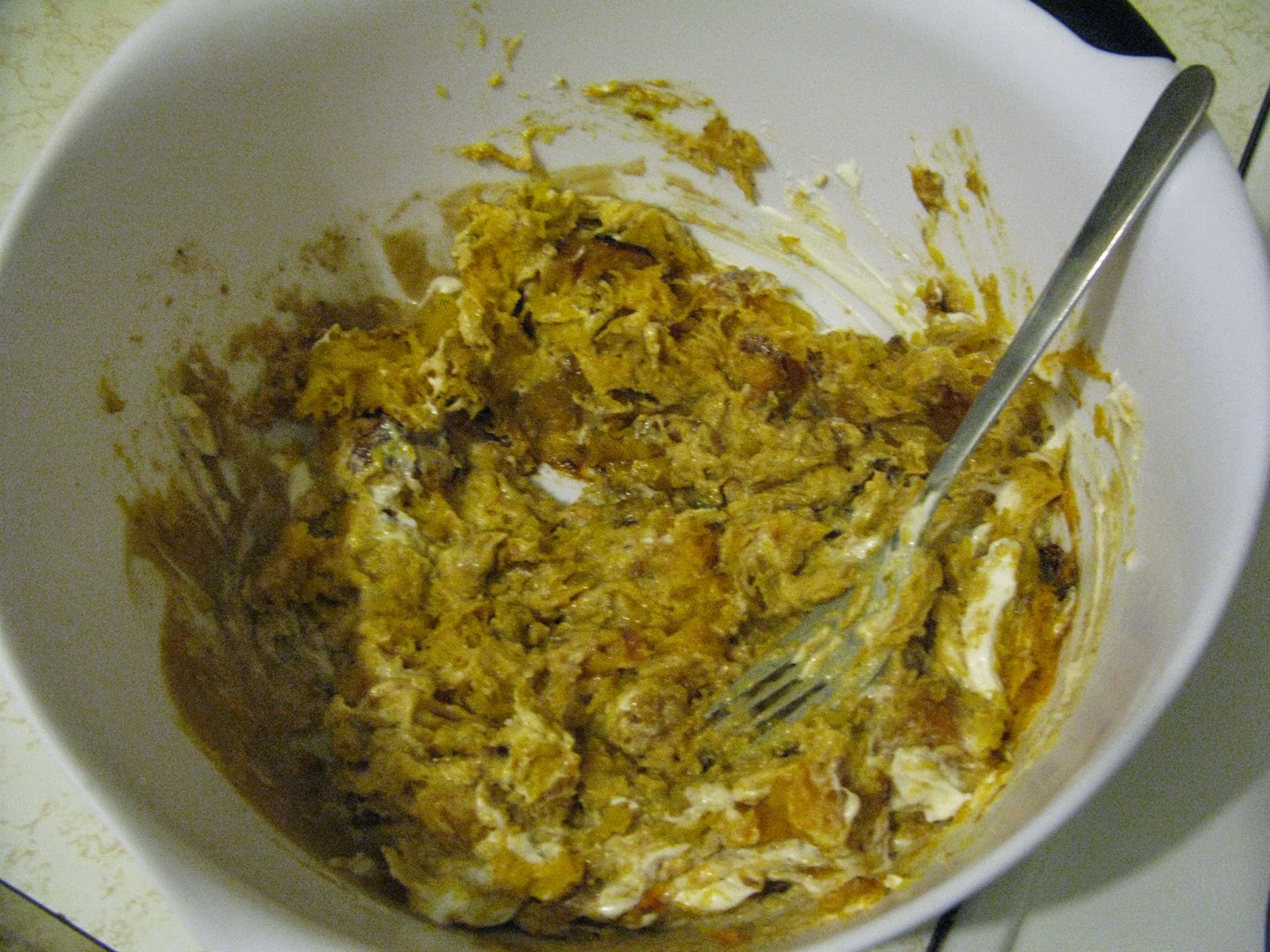 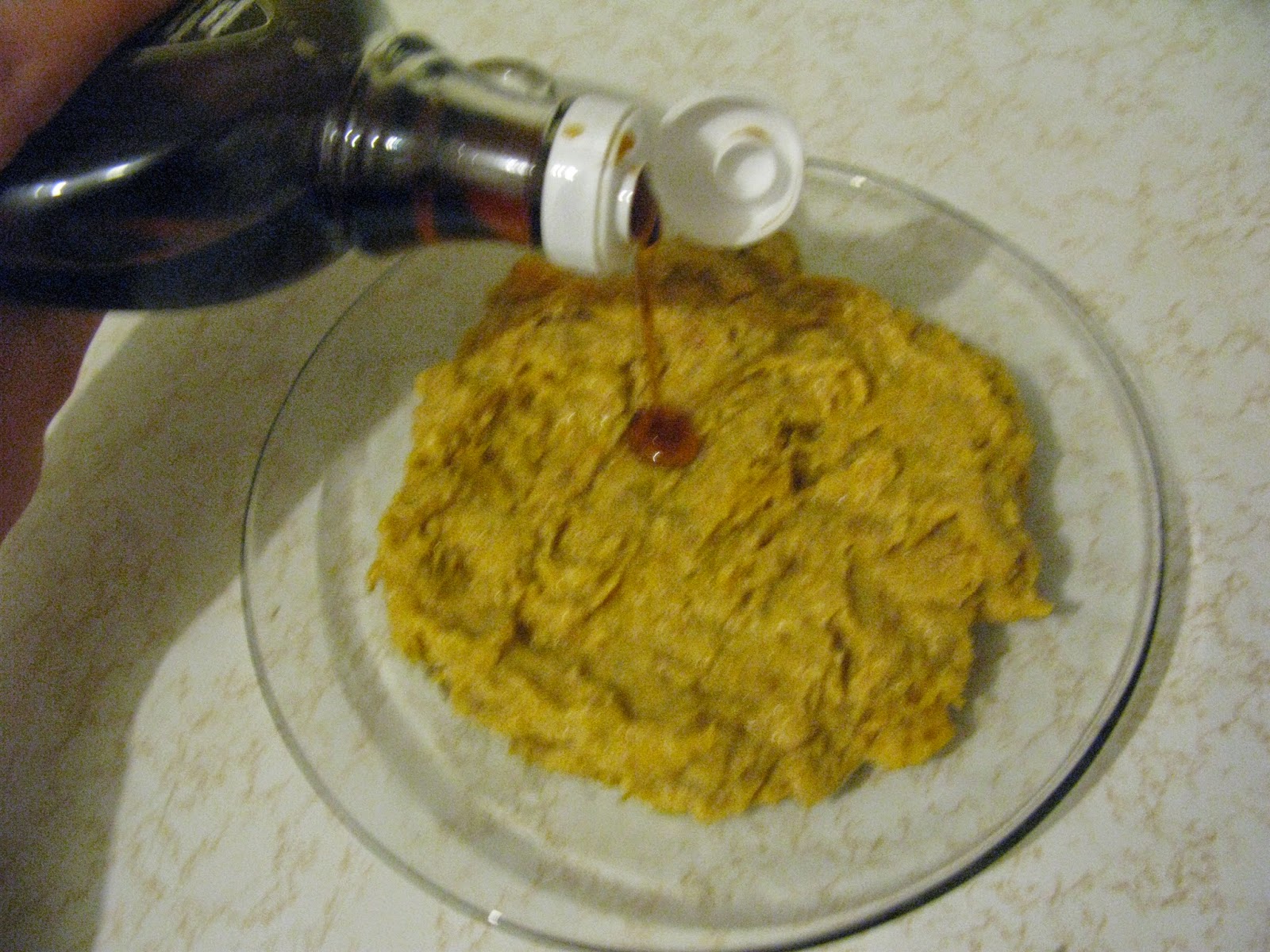 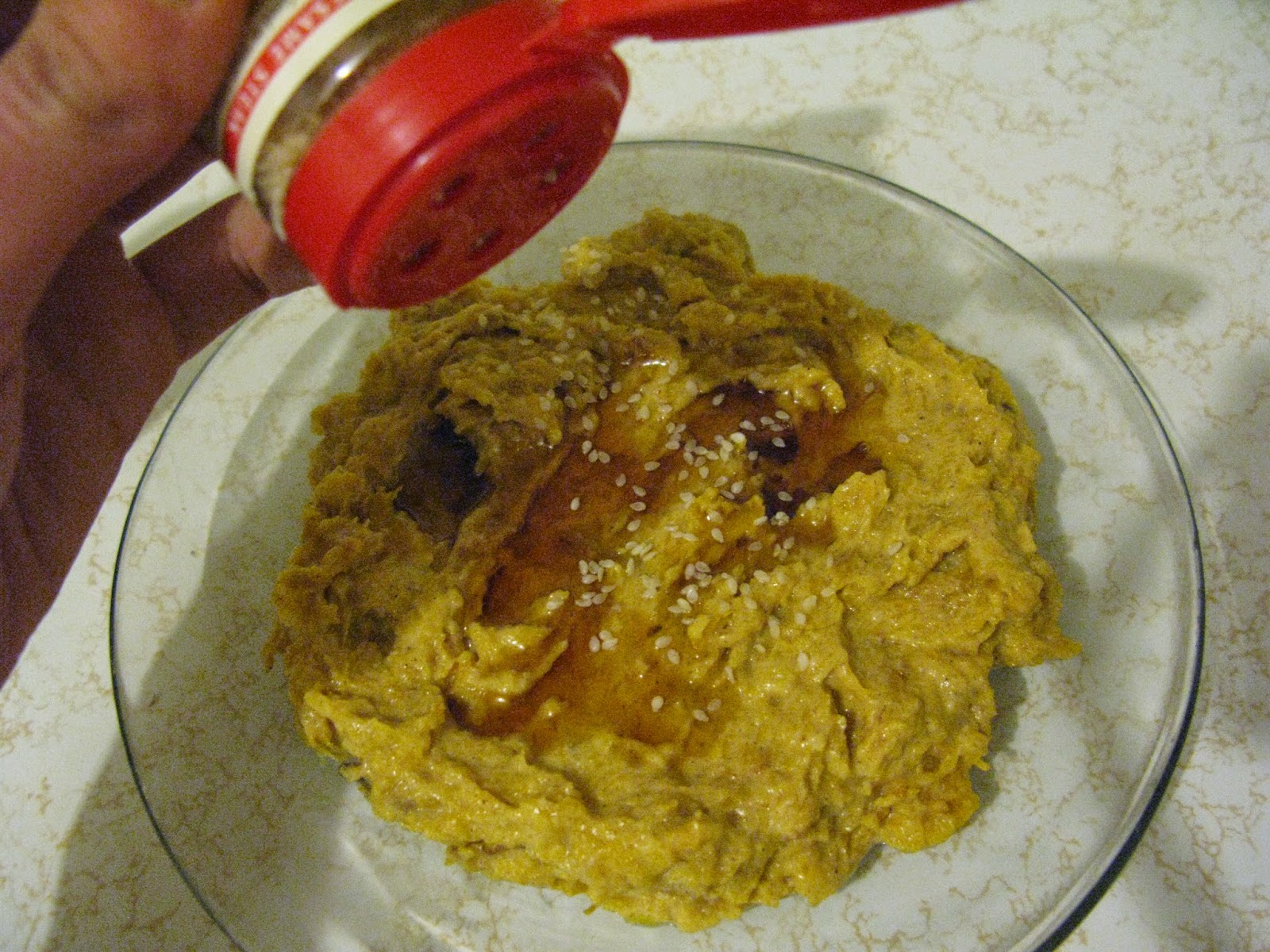 This was good.  I didn't like it as much as the sweet and sour marinated fish, but I did not have difficulty polishing it off either. 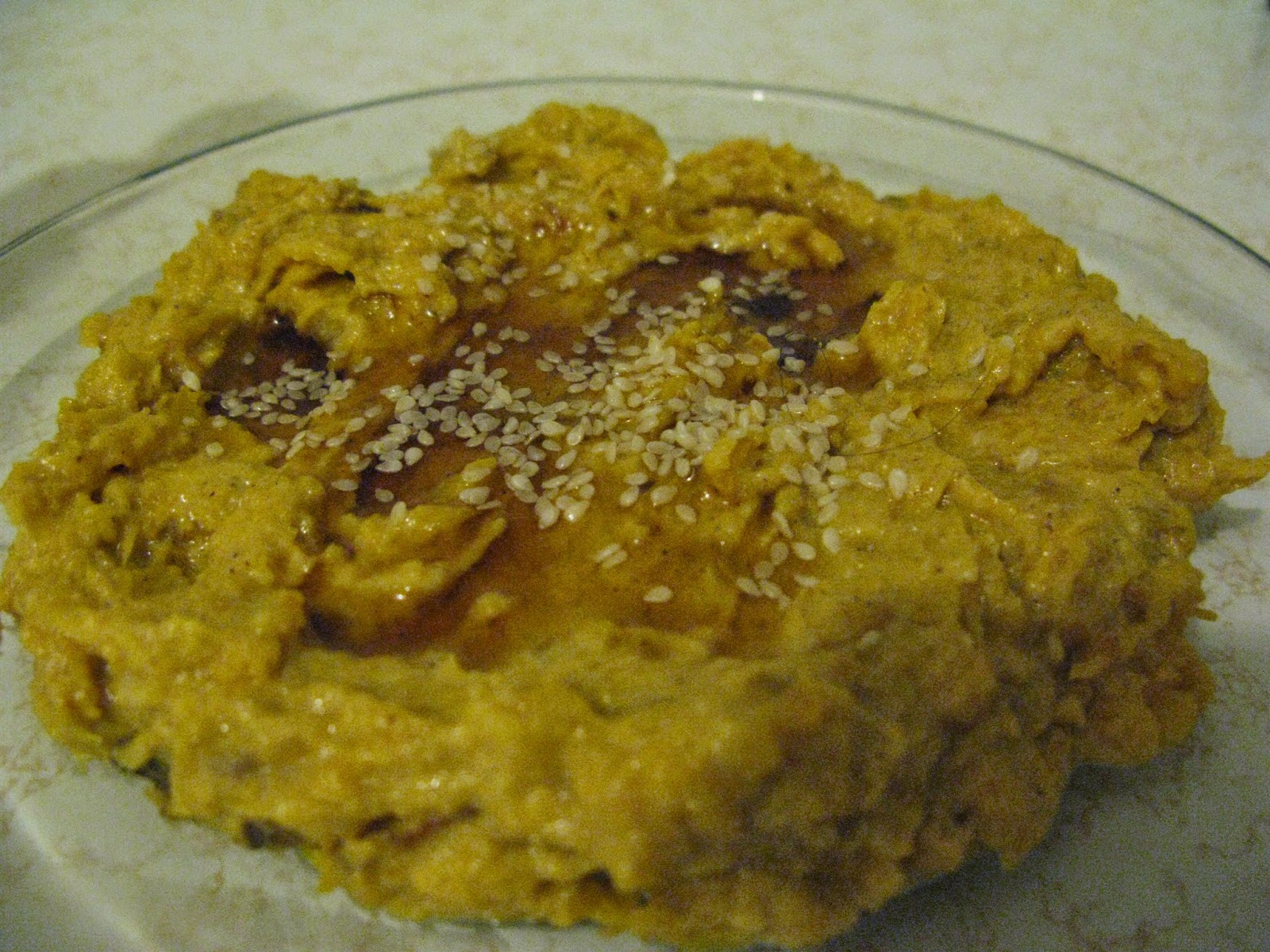 Outside of the syrup, there is no added sugar, but it tastes sweet.  The dip has that desirable and trendy trait of being both sweet and savory. 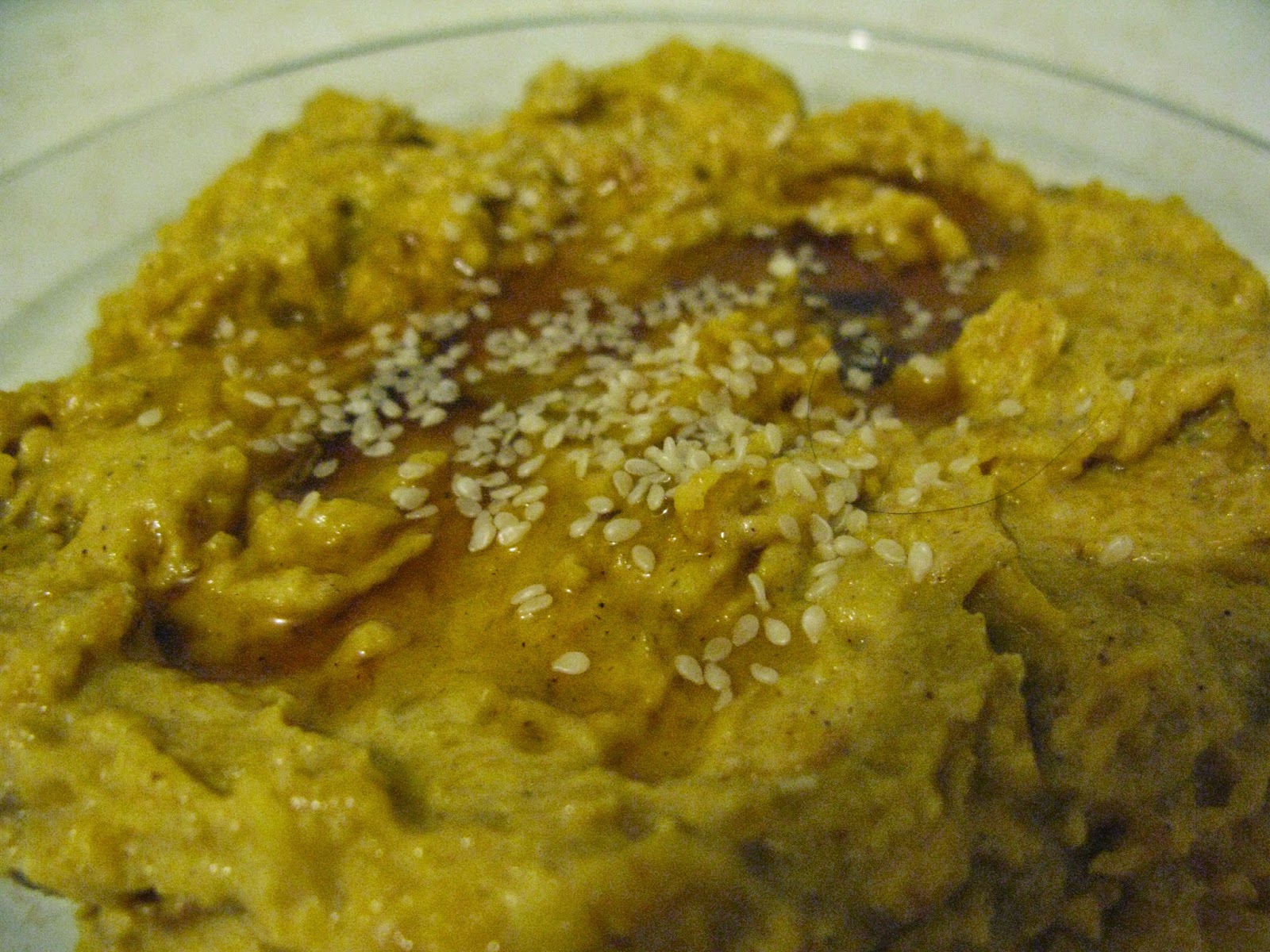 Delicious.
I live in Washington dc too.
Maybe someday we can meet.
Regards
Olga.

Olga, I think that's a great idea! I'd like to meet!