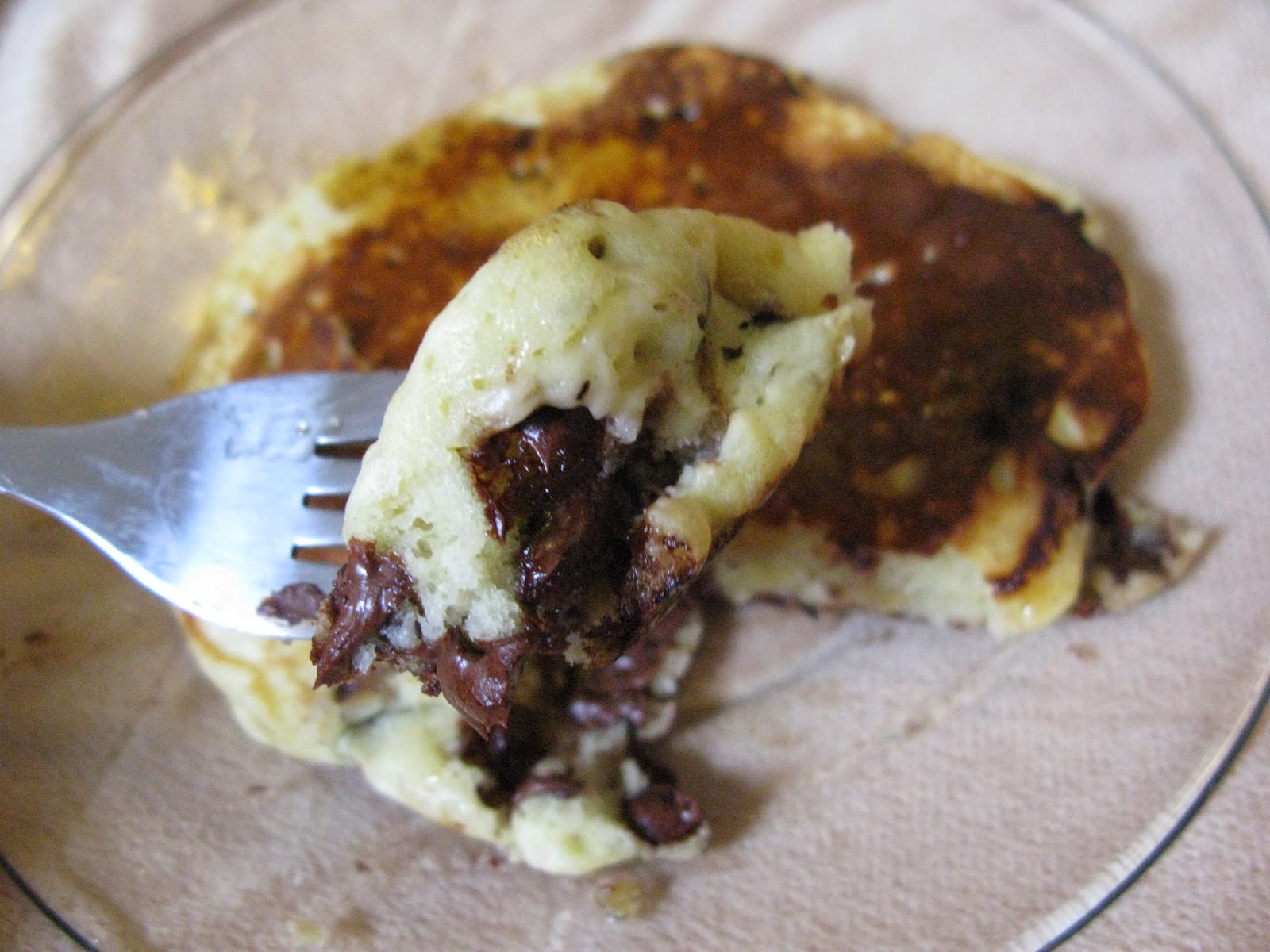 I recently ran a half marathon. At the finish line they passed out snacks to reenergize the runner. Unfortunately, they passed out things I’m not too crazy about, like energy bars. The also handed out chocolate milk, a choice I whole-heartedly supported. 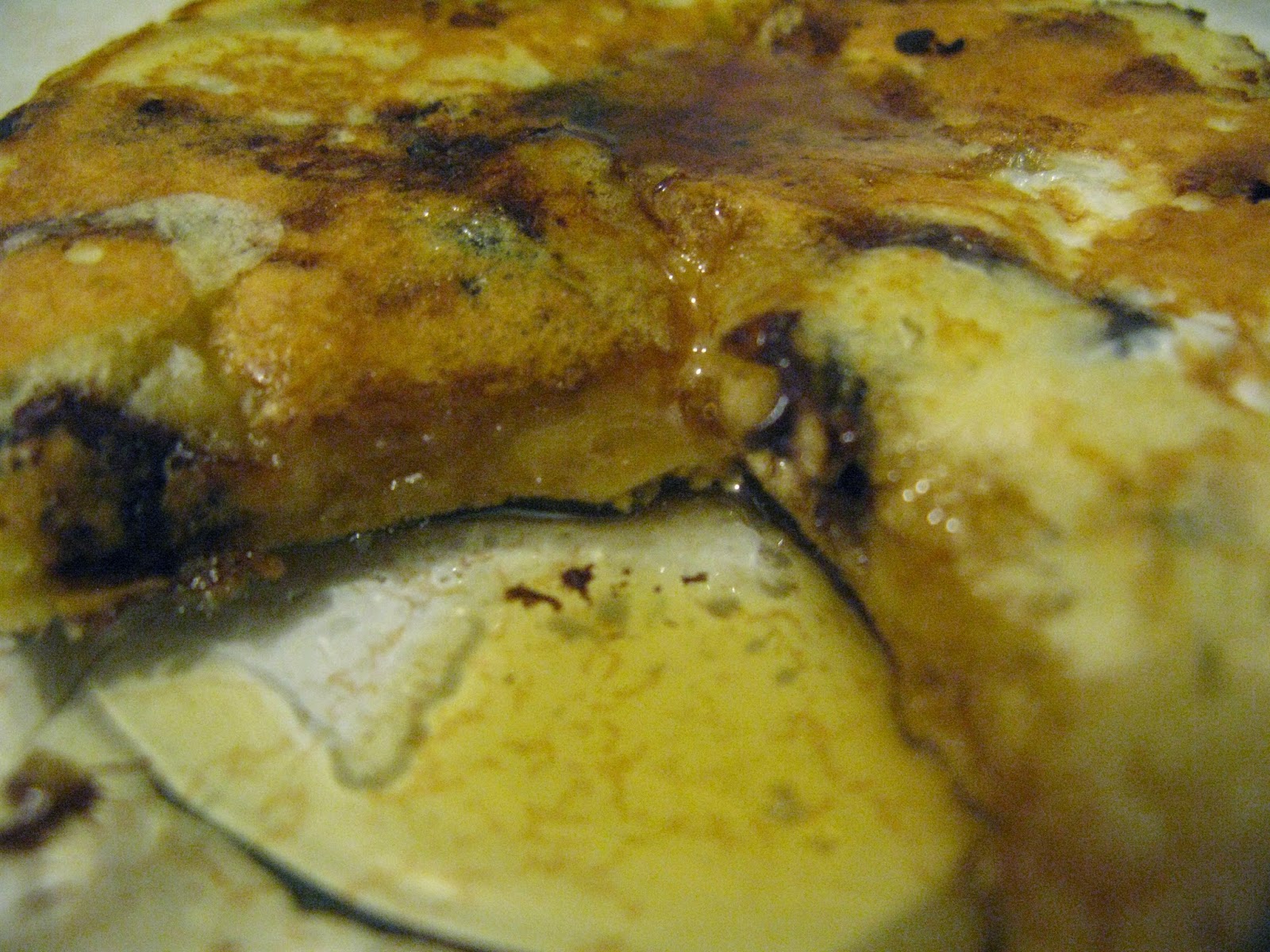 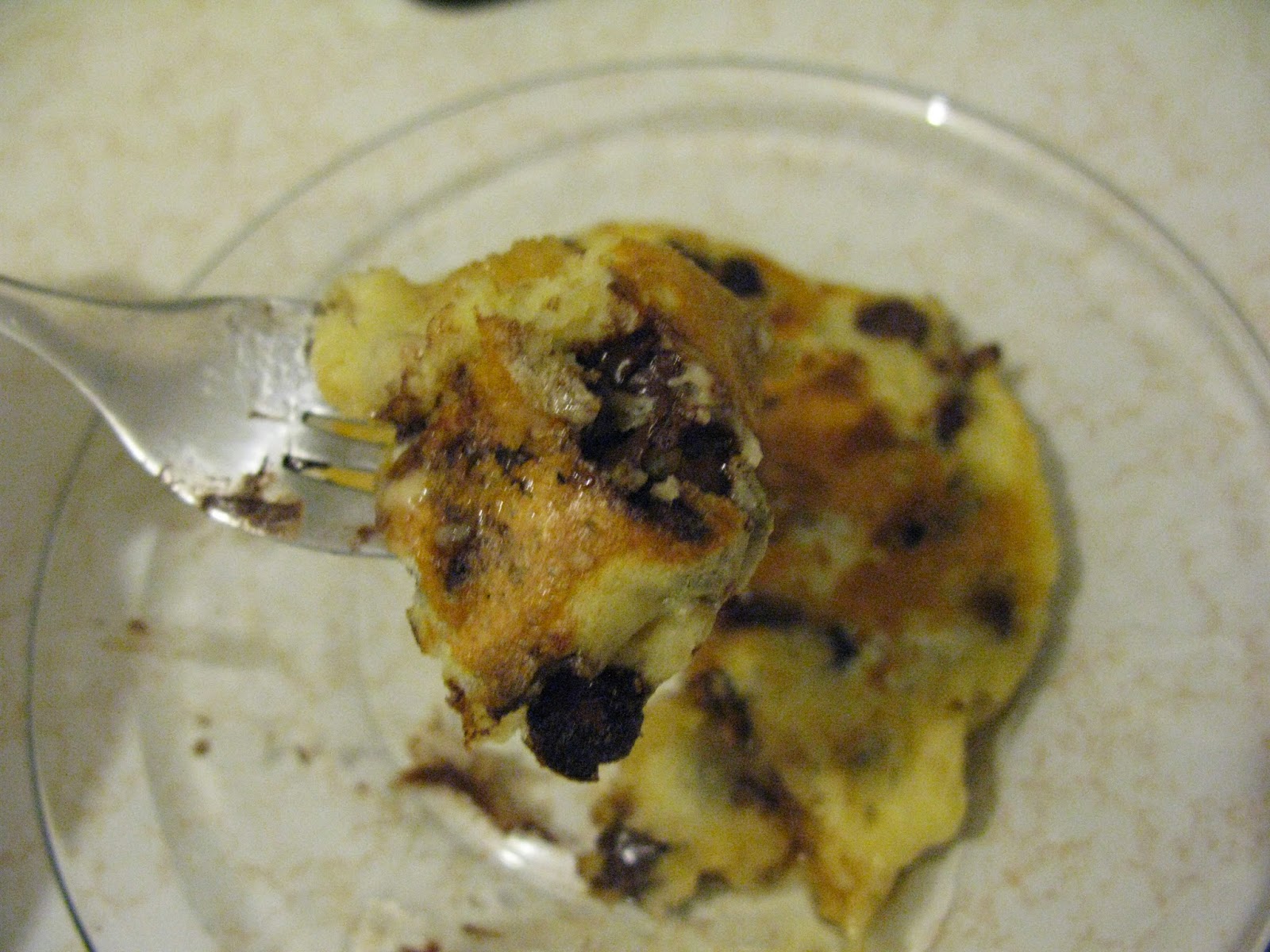 This recipe is the latest in a long line of recent recipes that didn’t really turn out as planned. 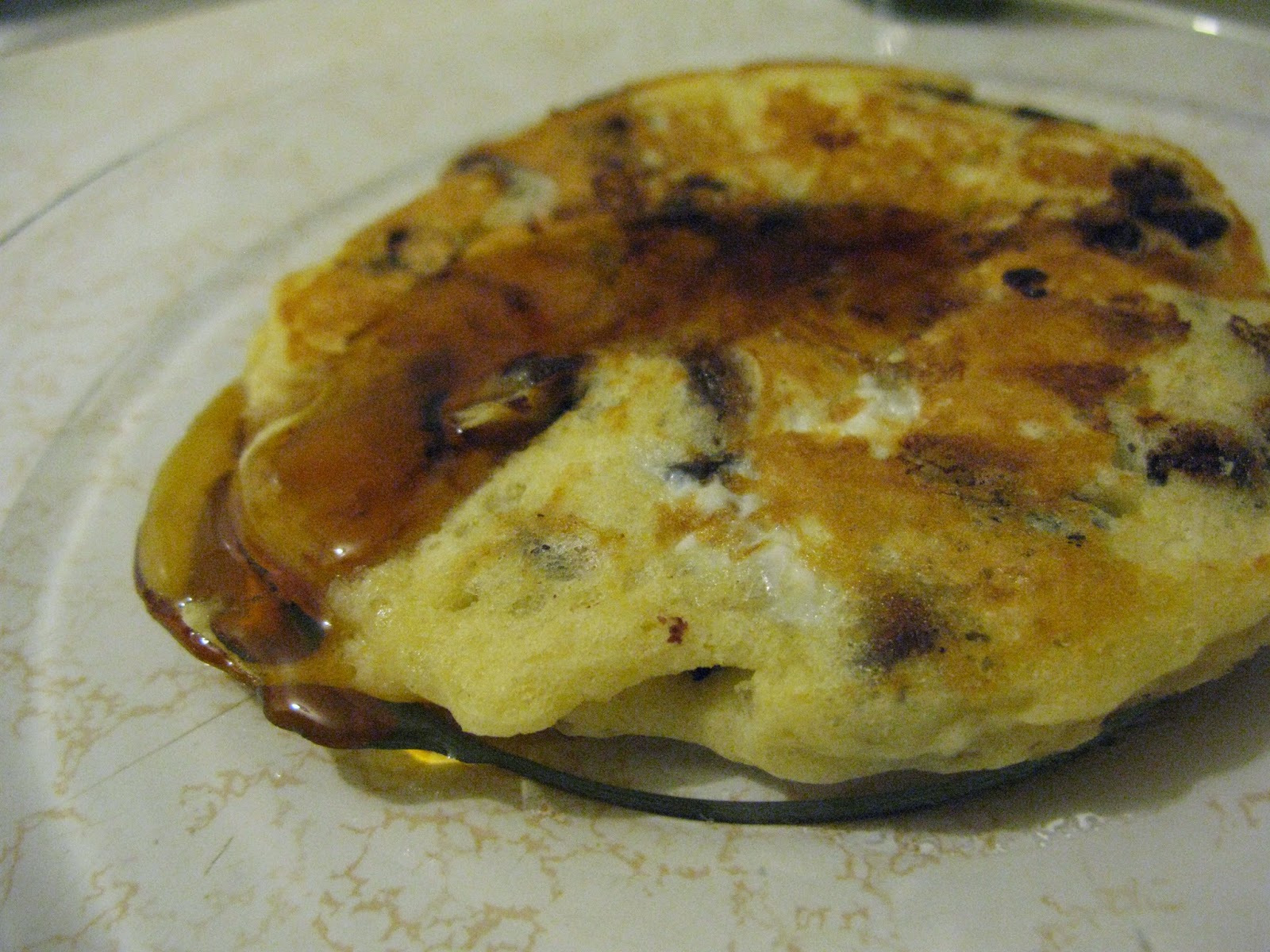 I wanted crunchy chips throughout the toasty, fluffy pancake, but the potato chips disappeared. I would like to think that a thicker chip would hold out better, but I am not sure. In the future I am going to try pretzels because they seem a little heartier. 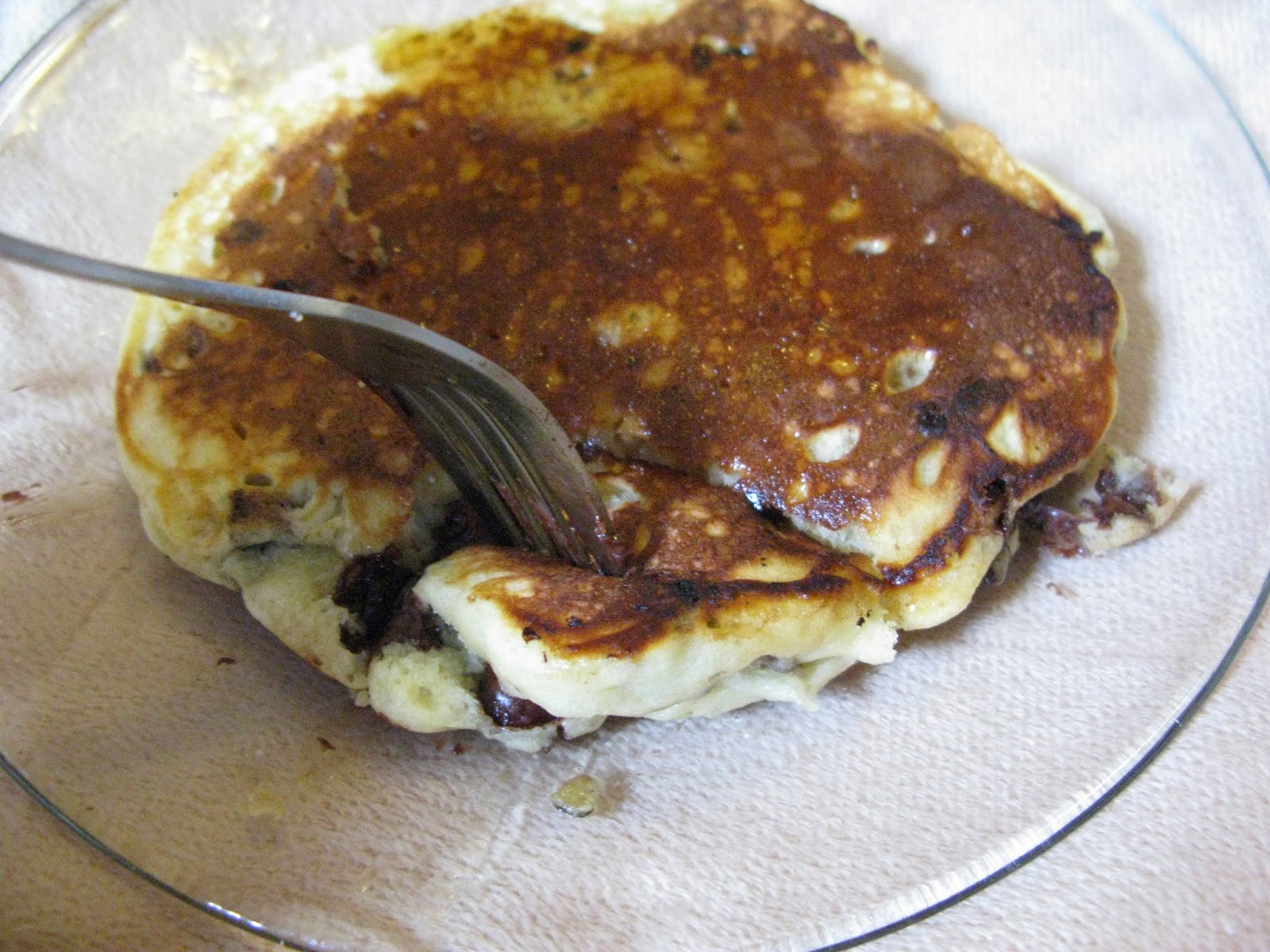 Given that these pancakes didn’t really turn out, it is probably surprising that I am sharing them. That’s how I roll. 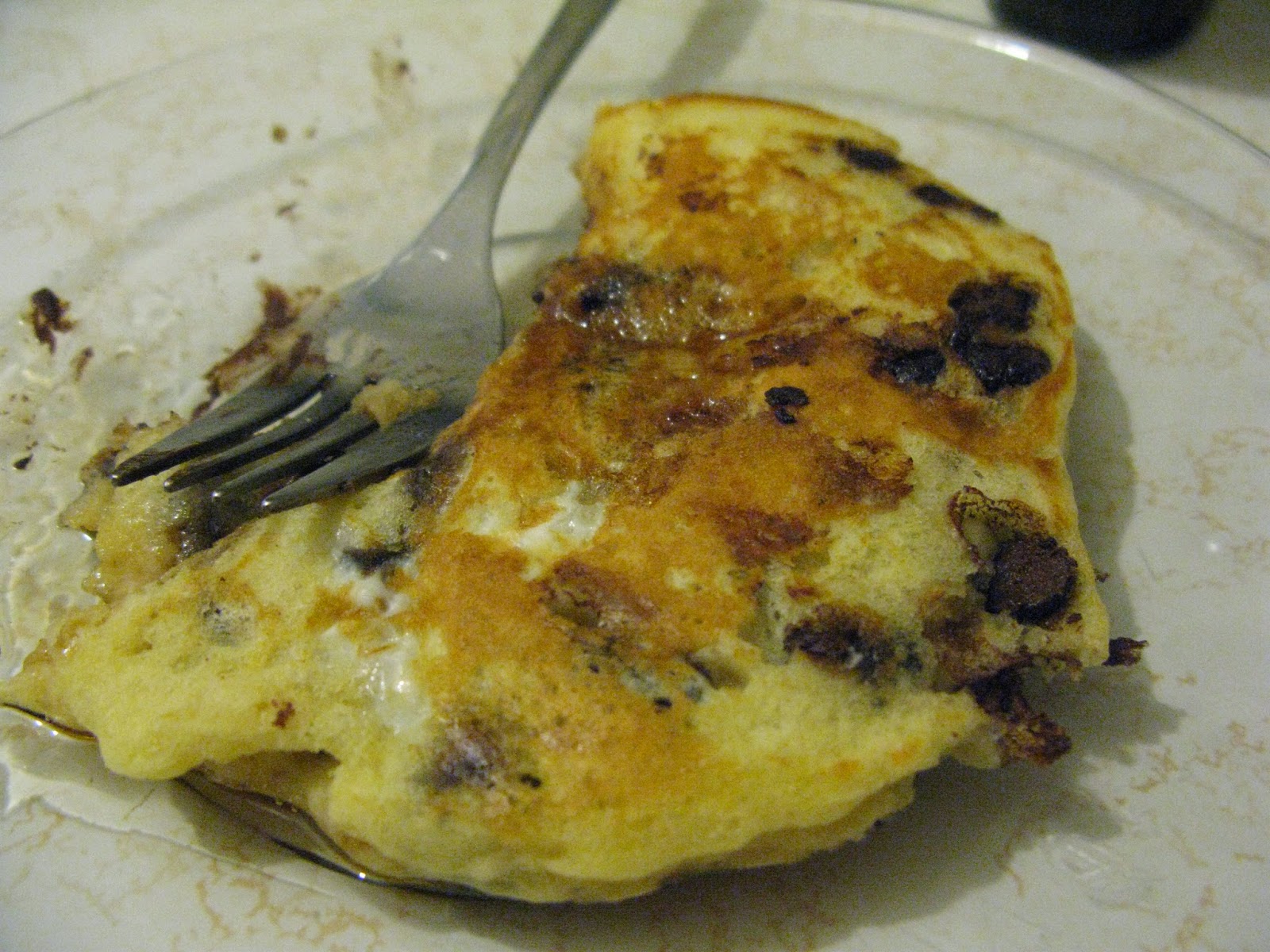 I combined the milk in vinegar in a bowl and let it set for a bit while I prepared the other ingredients. This creates fake buttermilk.

I whisked the flour, sugar, baking powder, baking soda and salt together in a bowl. 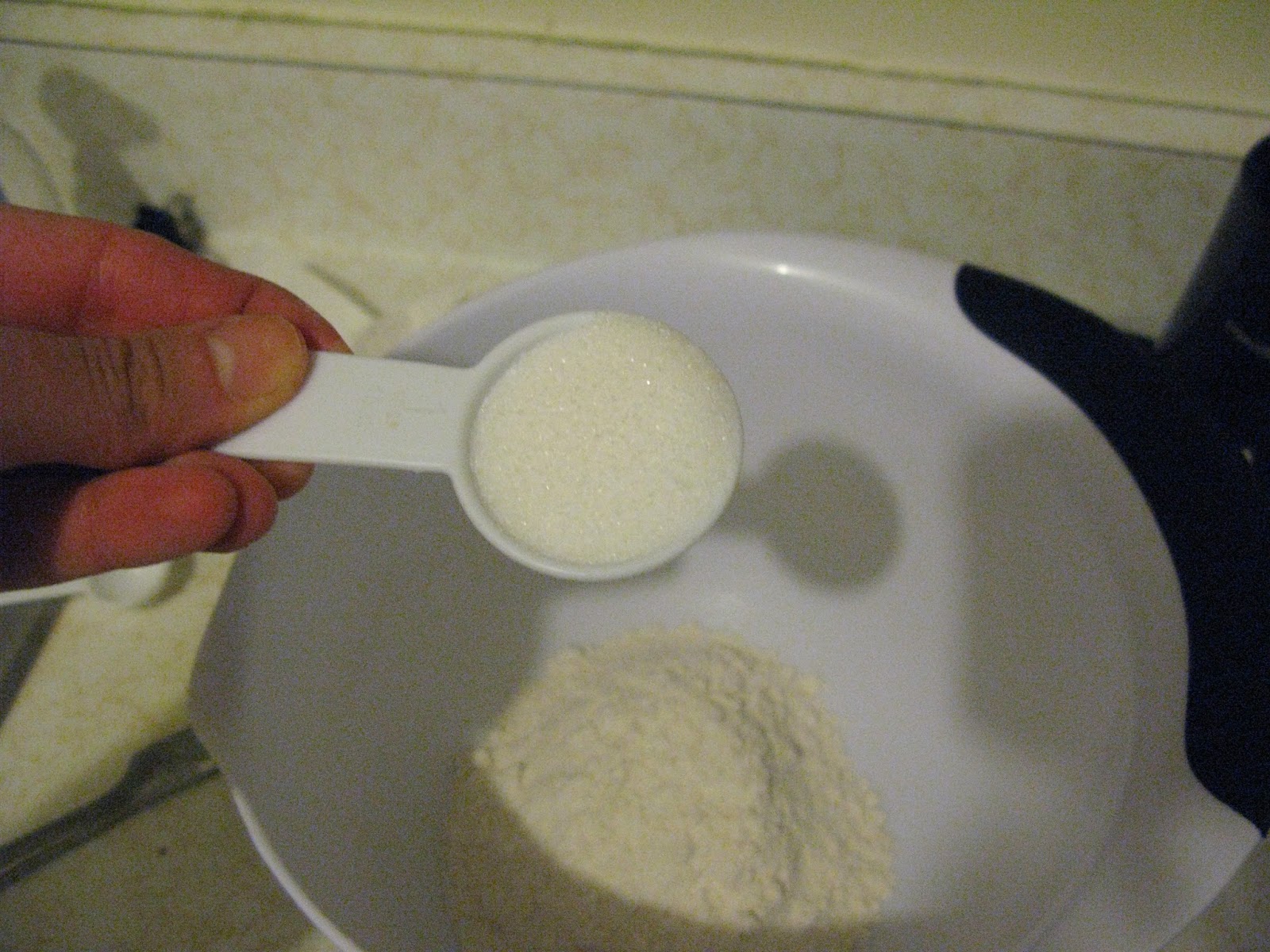 I added the egg and melted butter to the sour milk. 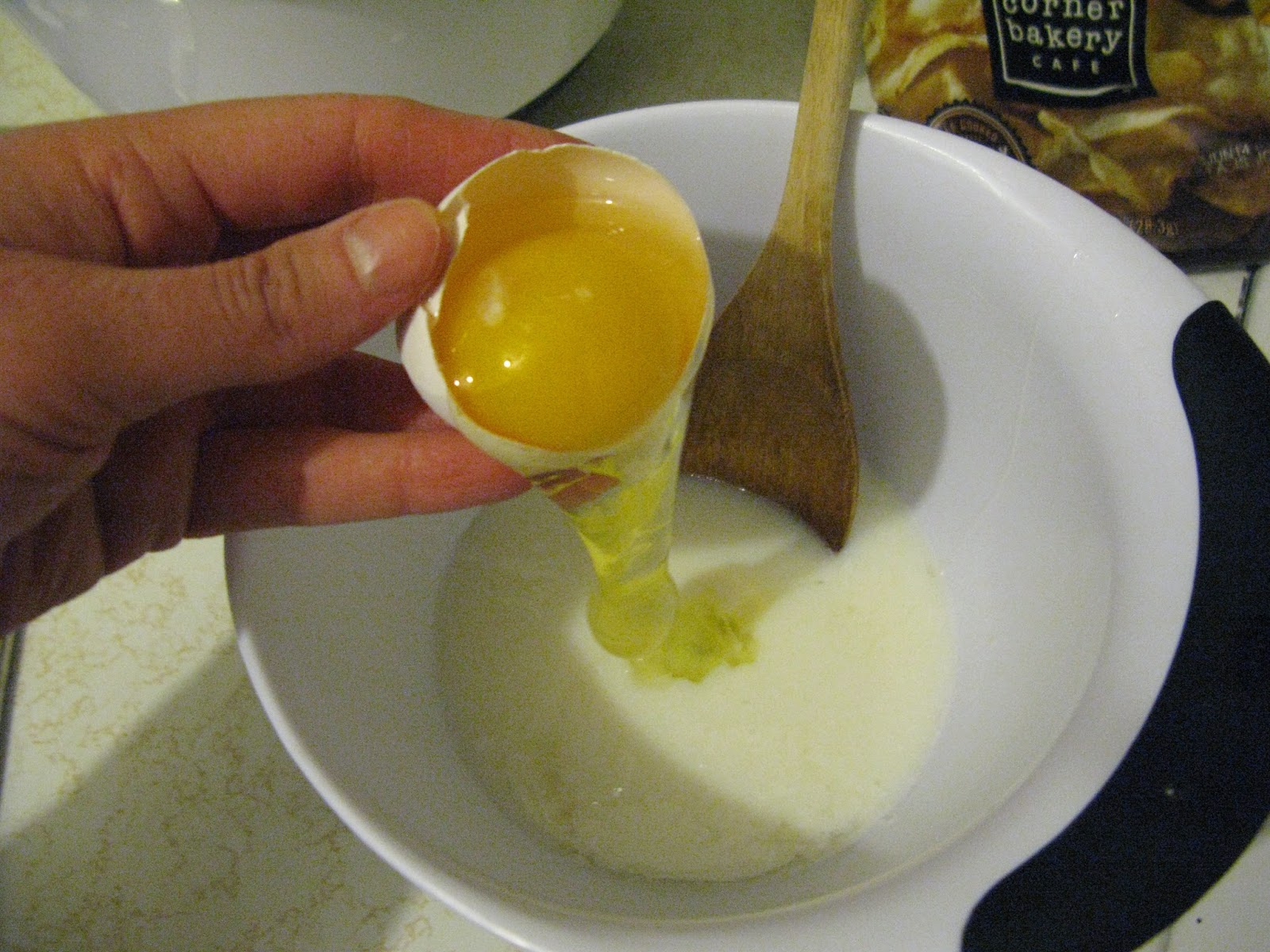 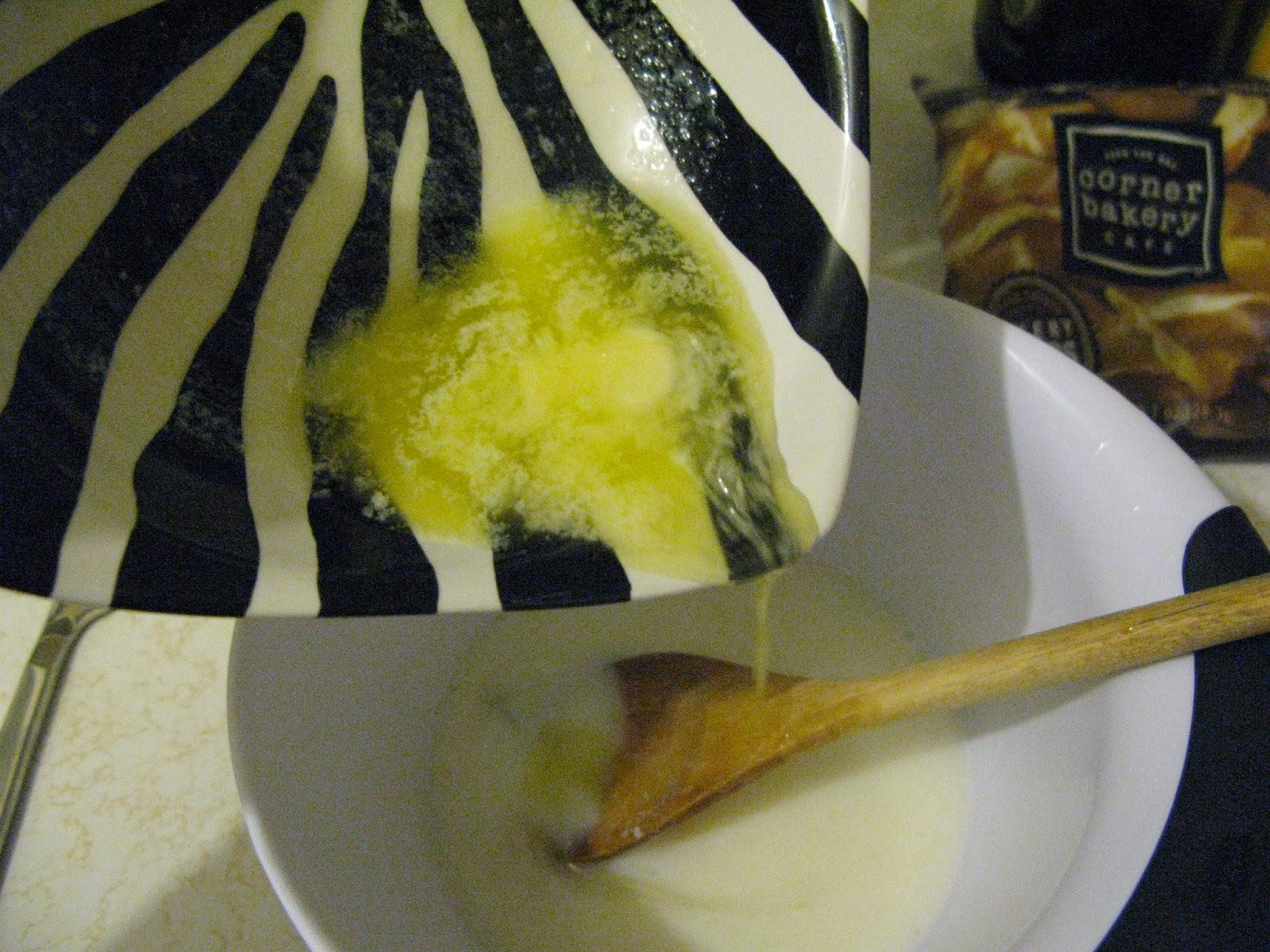 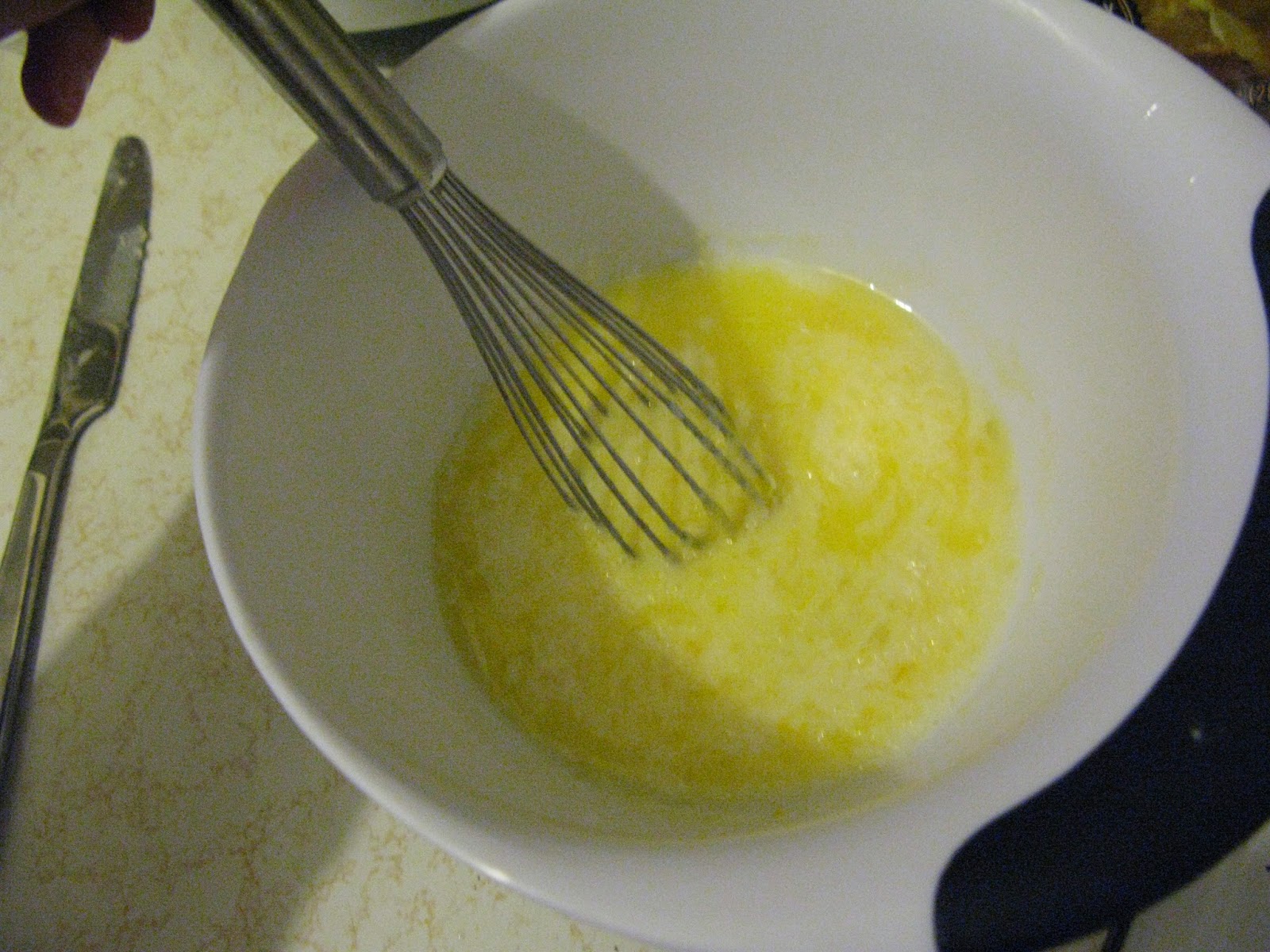 I poured the wet ingredients into the dry and stirred. 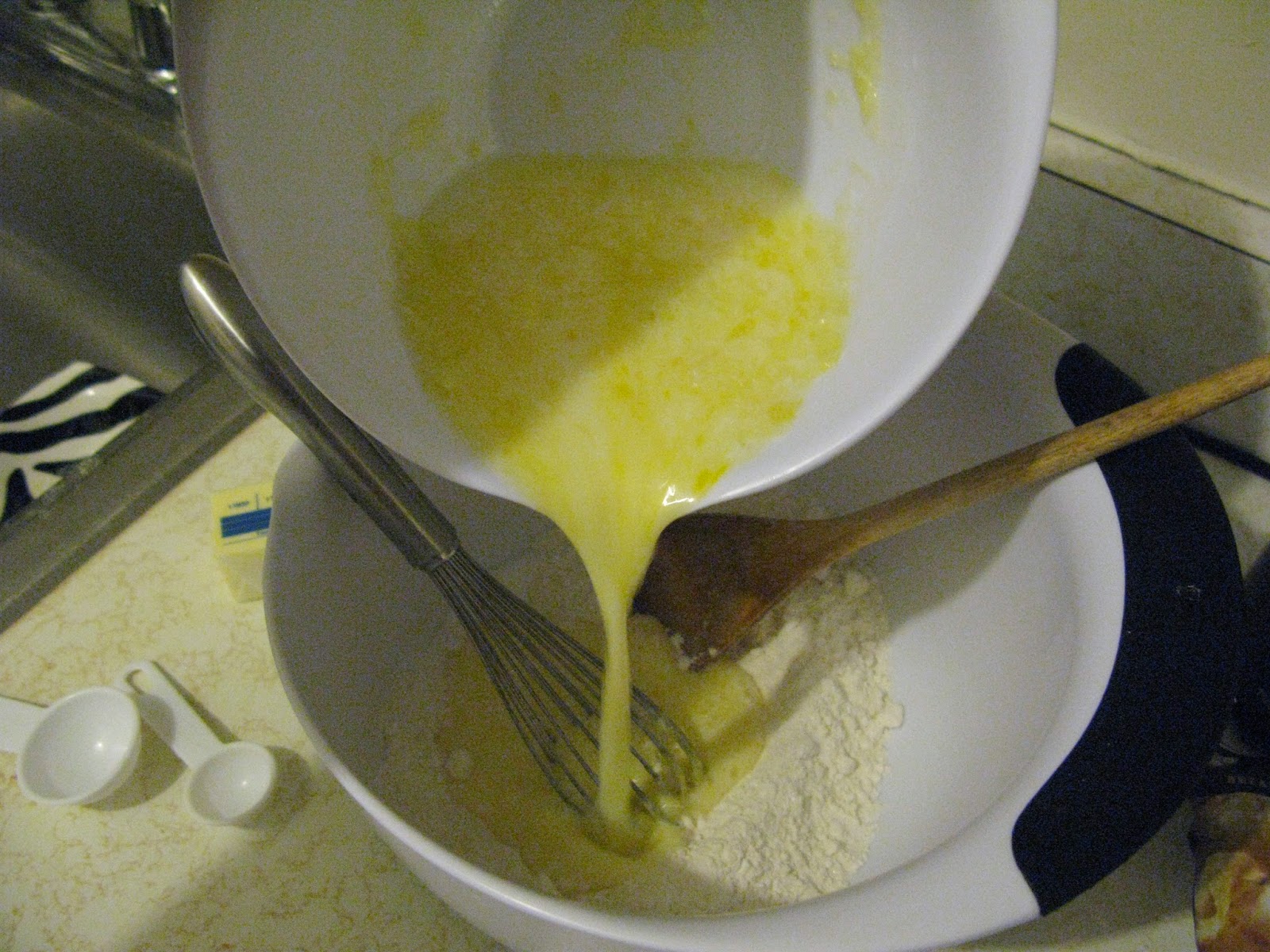 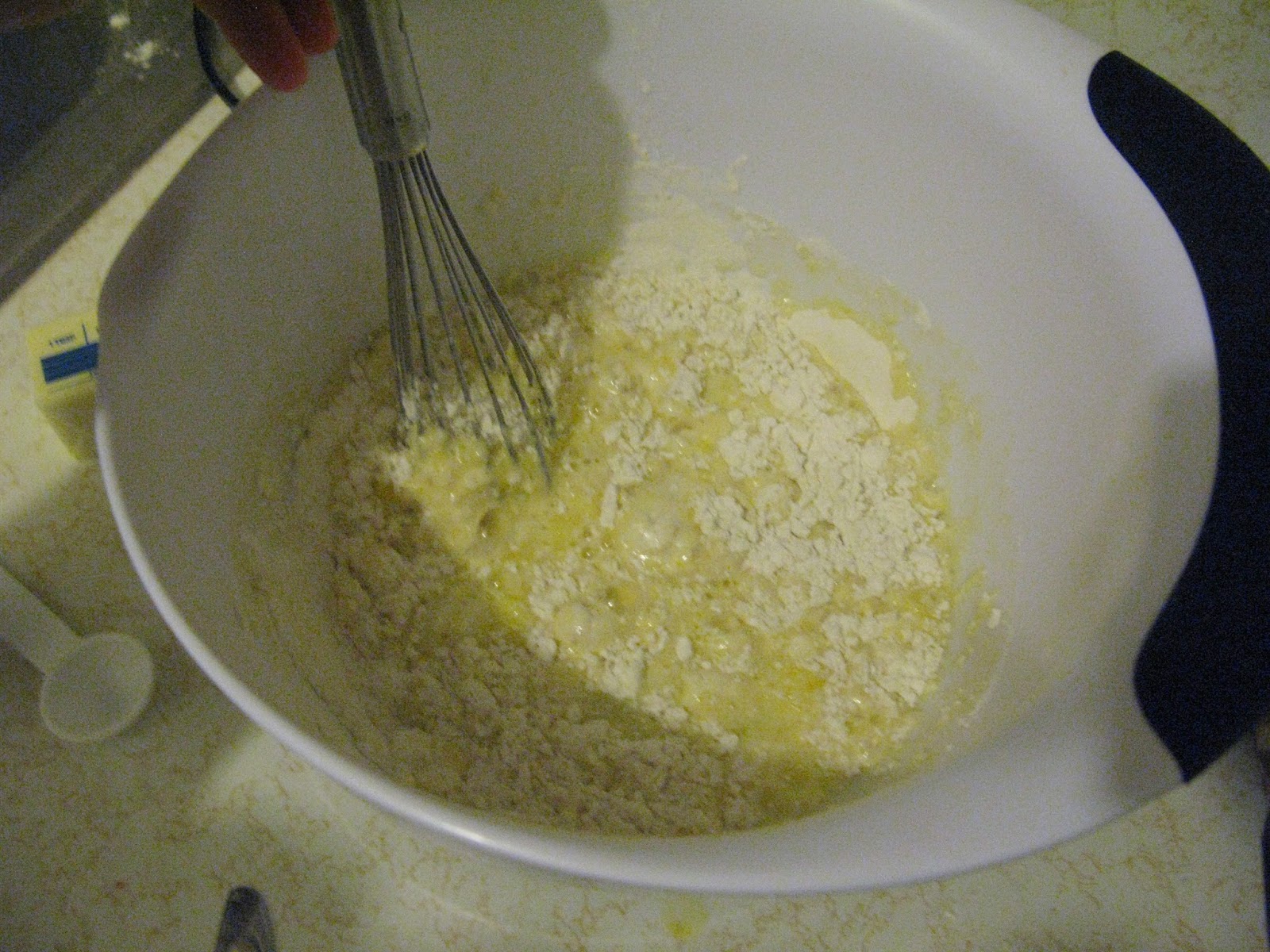 Before it was combined, I added the potato chips and chocolate chips. 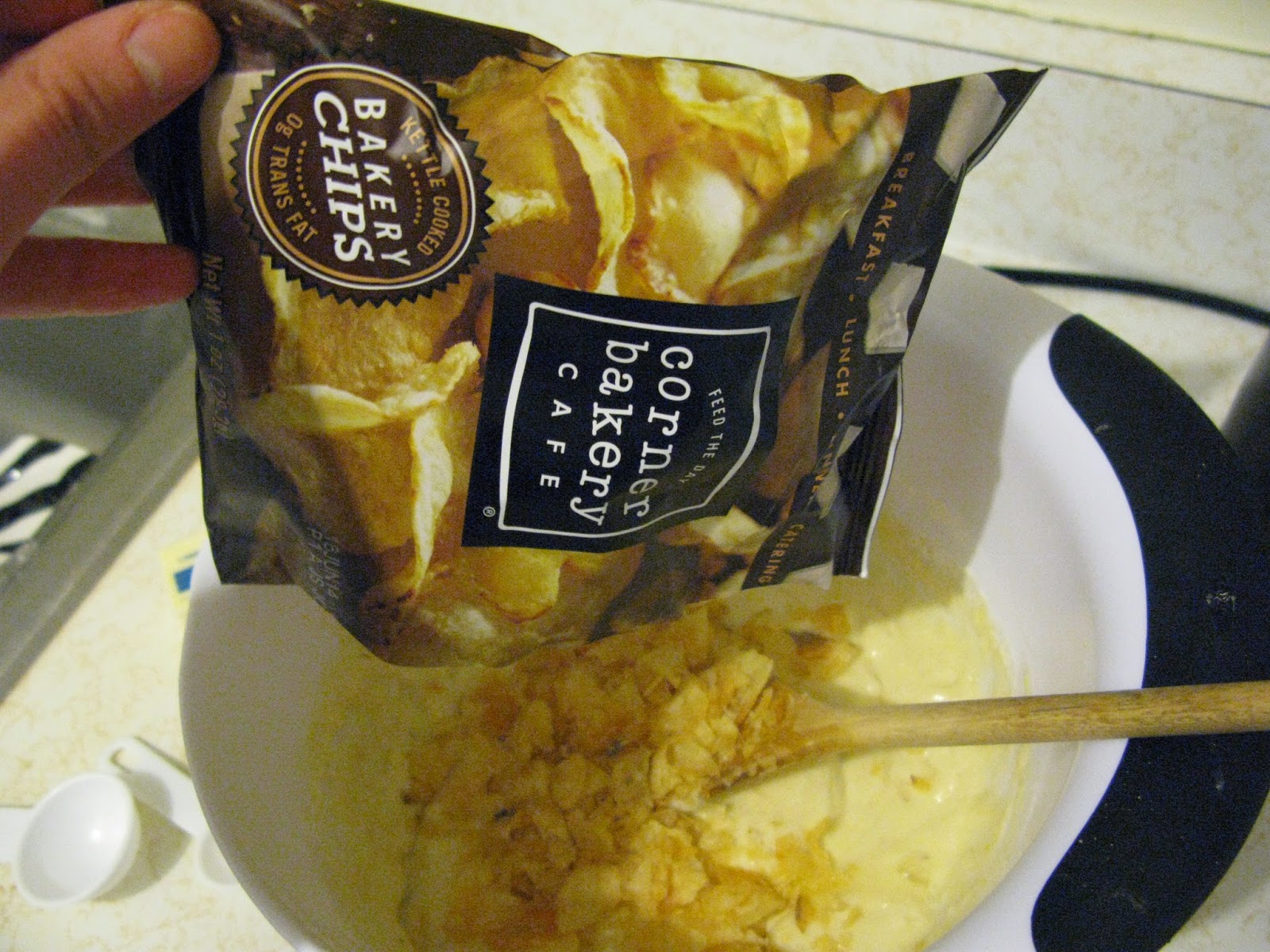 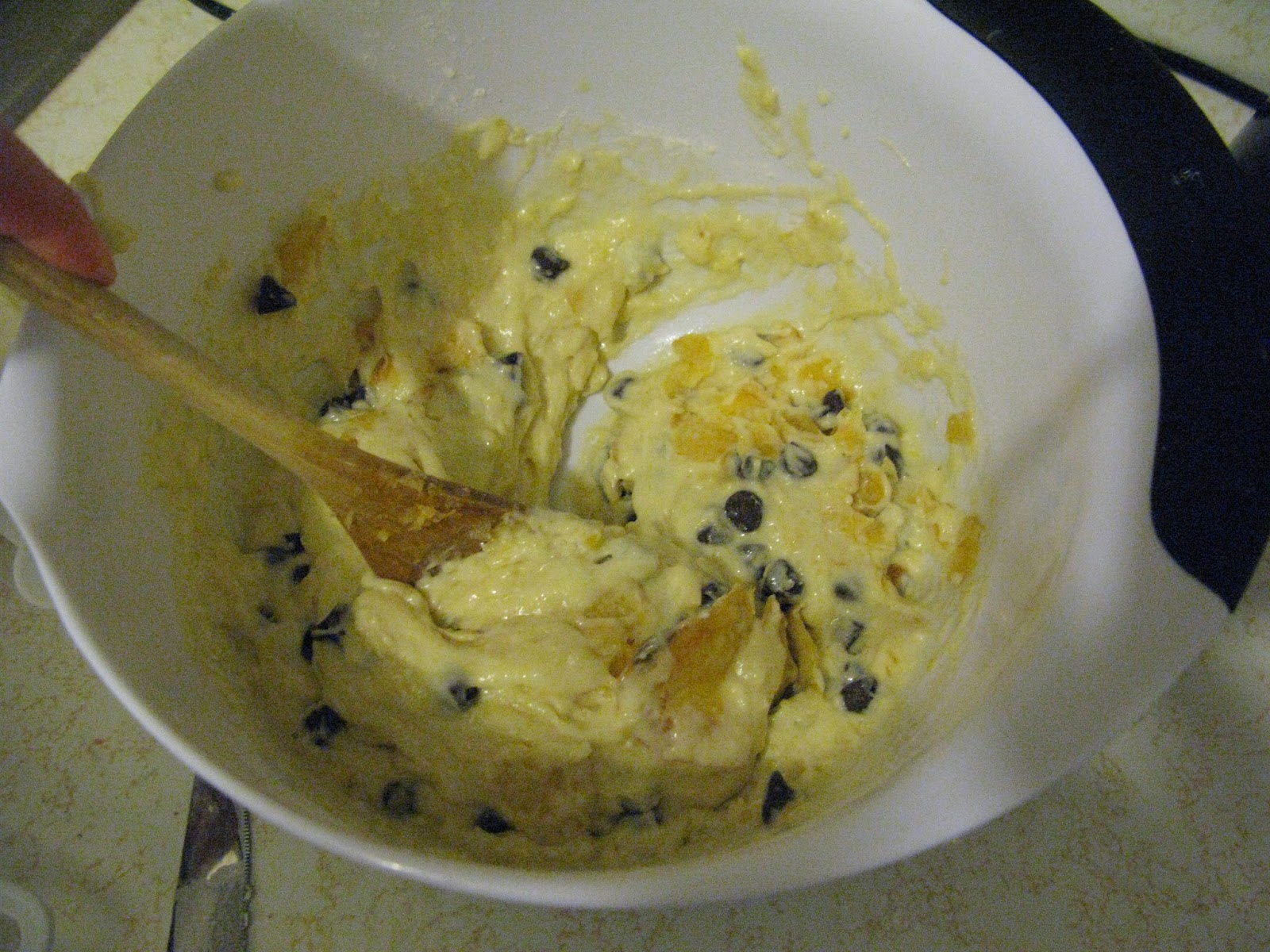 I buttered a hot frying pan and scooped on some batter. 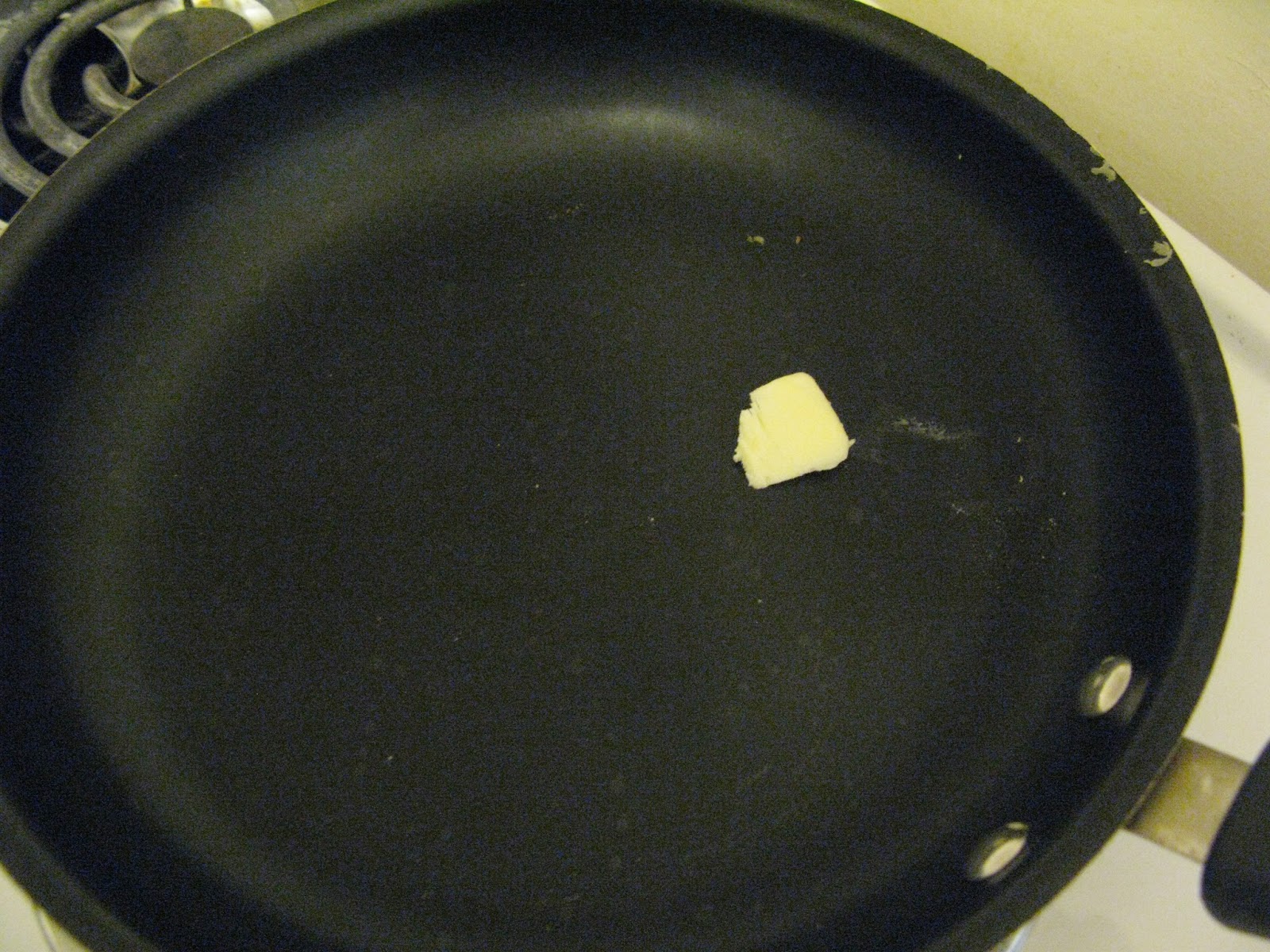 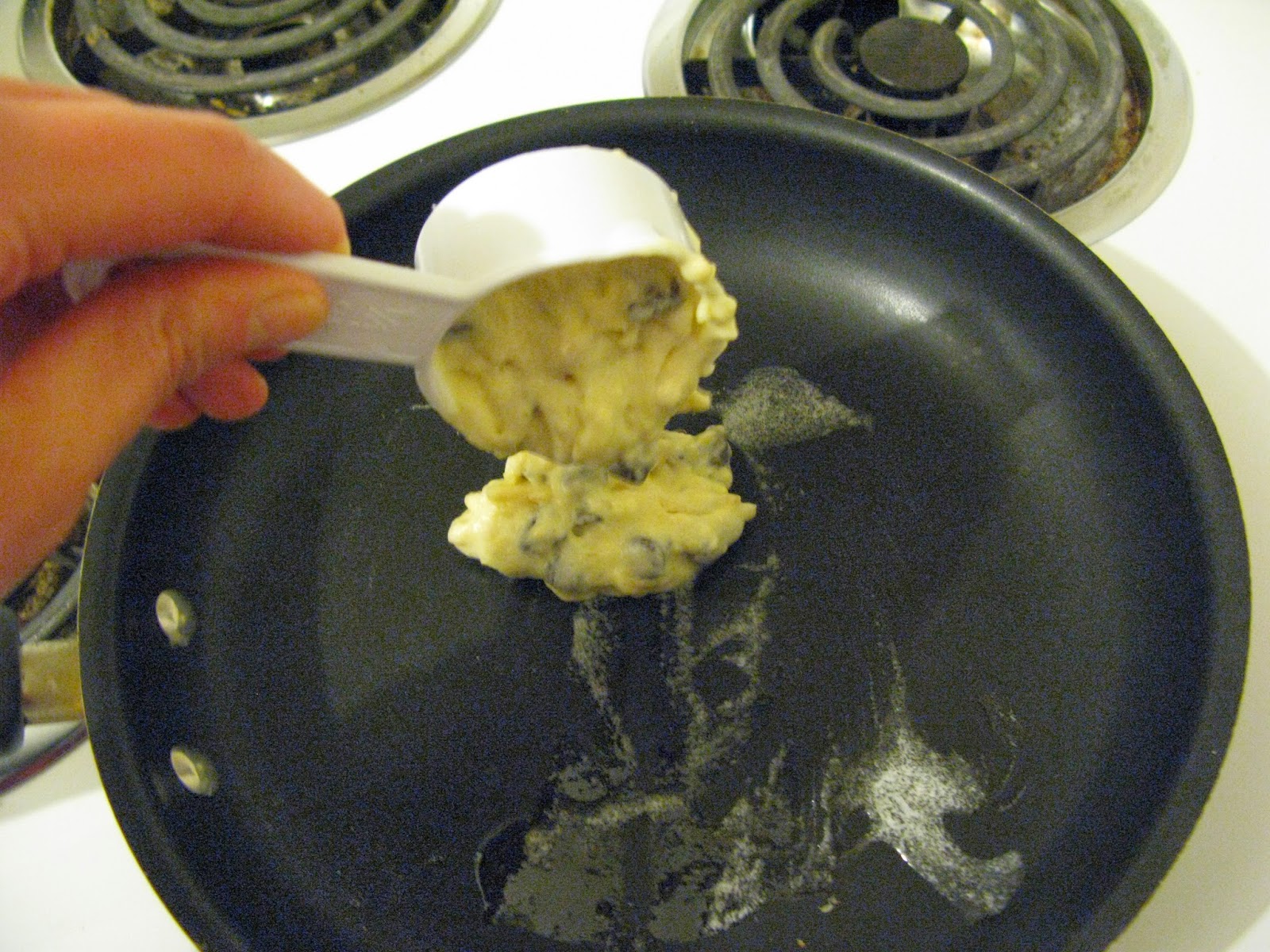 Once bubbled formed around the edge, I flipped the cake. 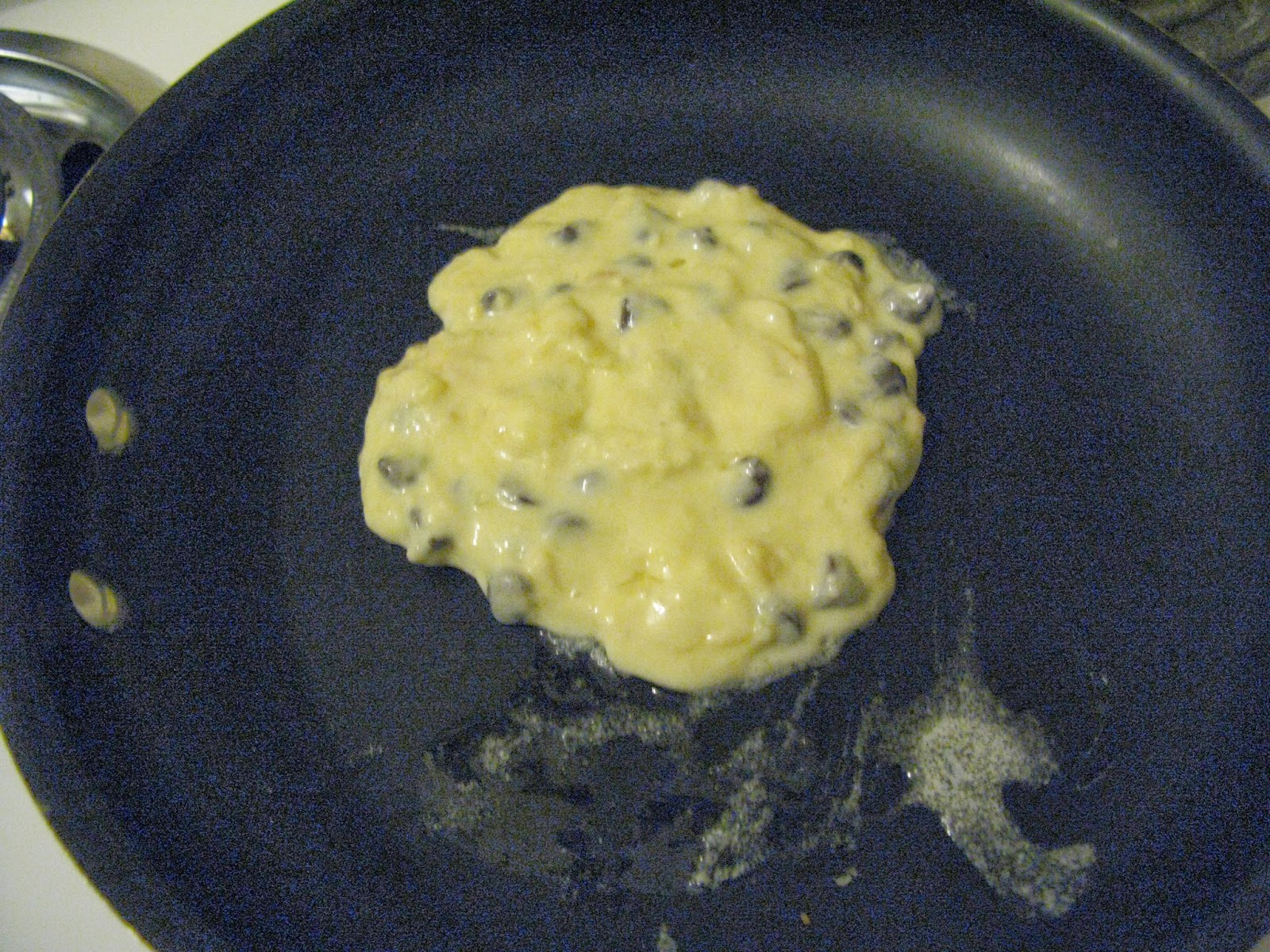 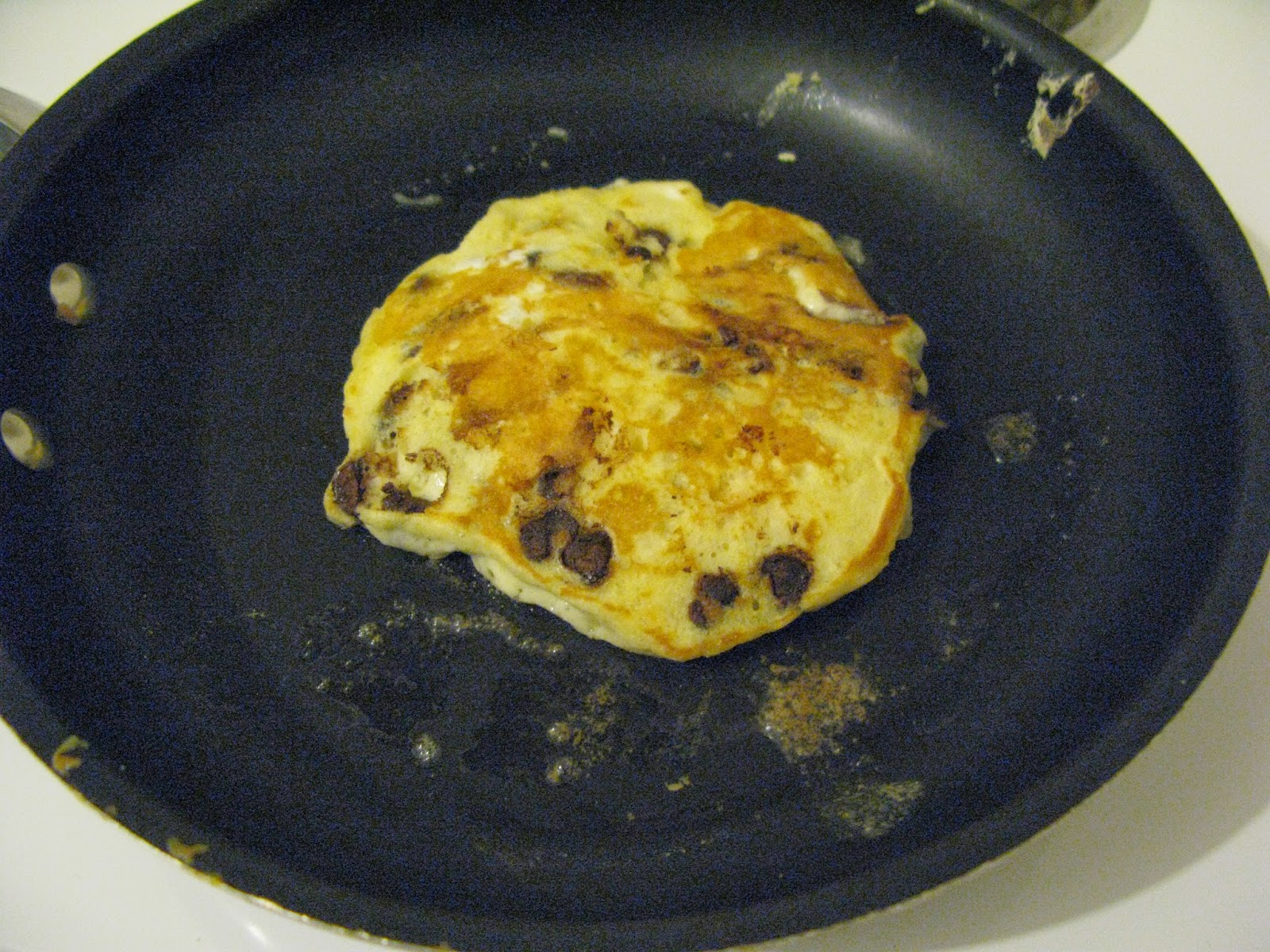 As I mentioned earlier, the potato chips disappear. It was such a beautiful idea, but sometimes wonderful ideas don’t work out. The pancakes might have been a little saltier. Maybe? 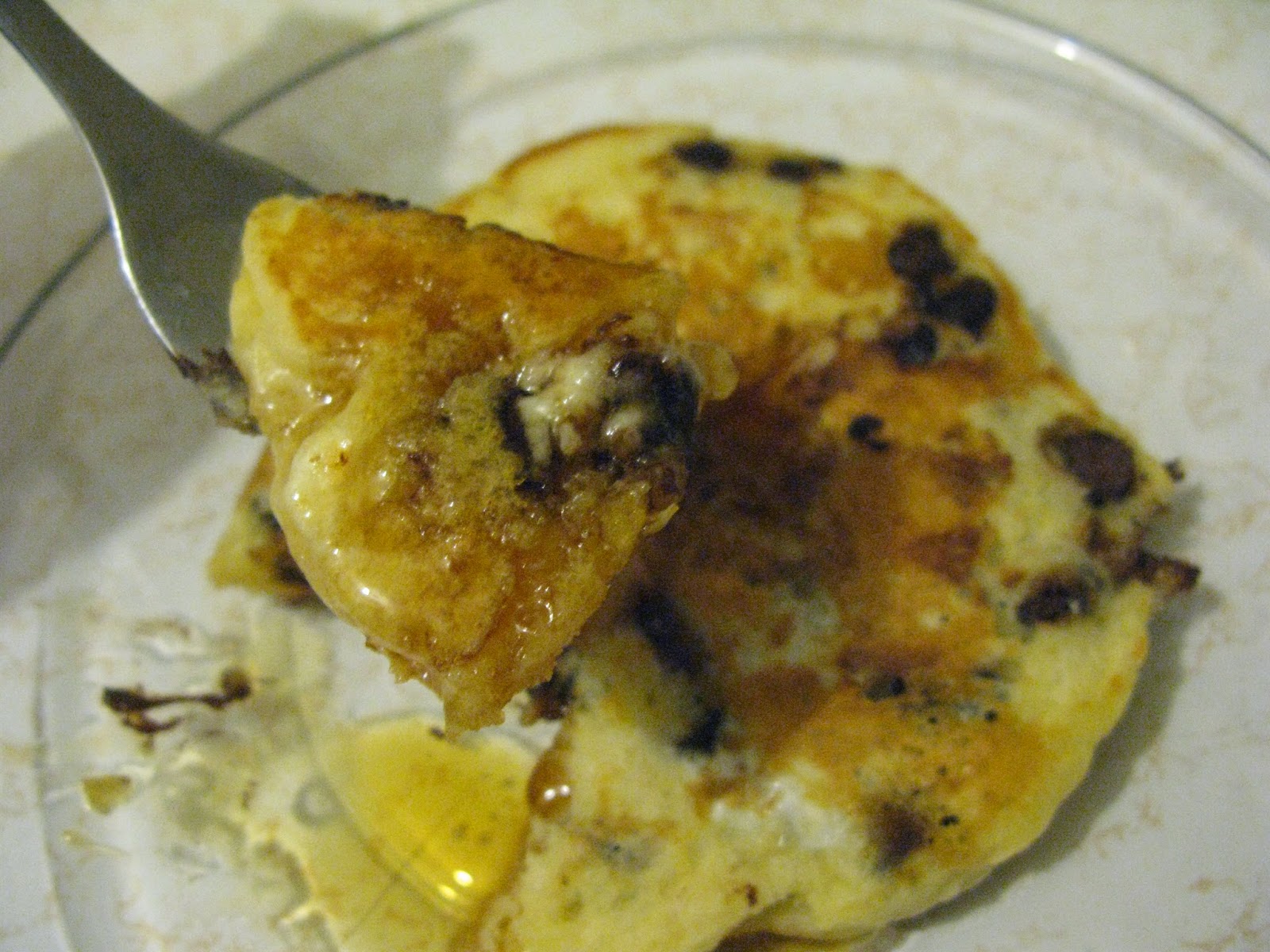 This is a standout pancake recipe. You should try it out. It’s light and fluffy. I have made it using whole-wheat pastry flour, and it works like a charm. It won’t let you down. 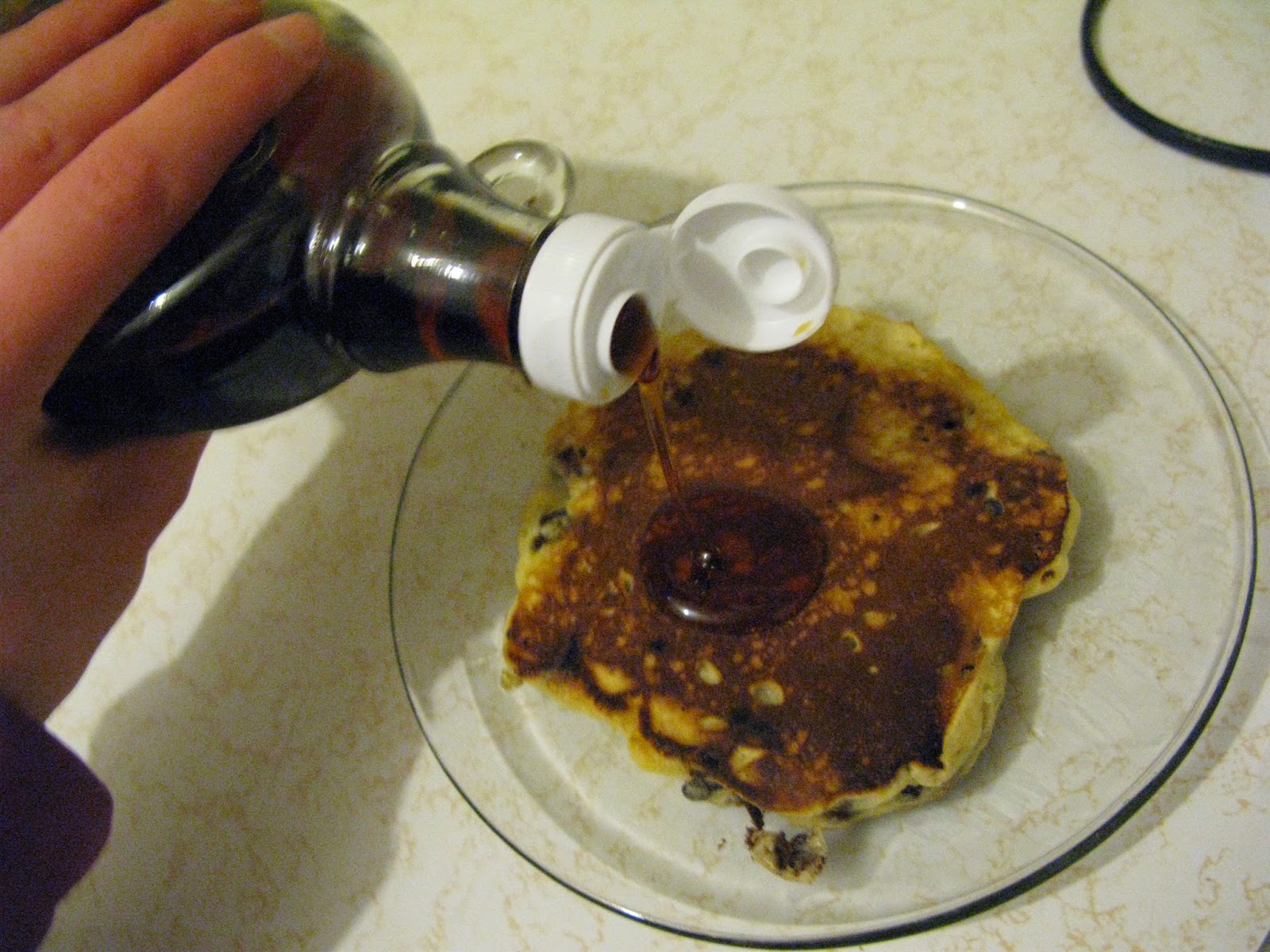 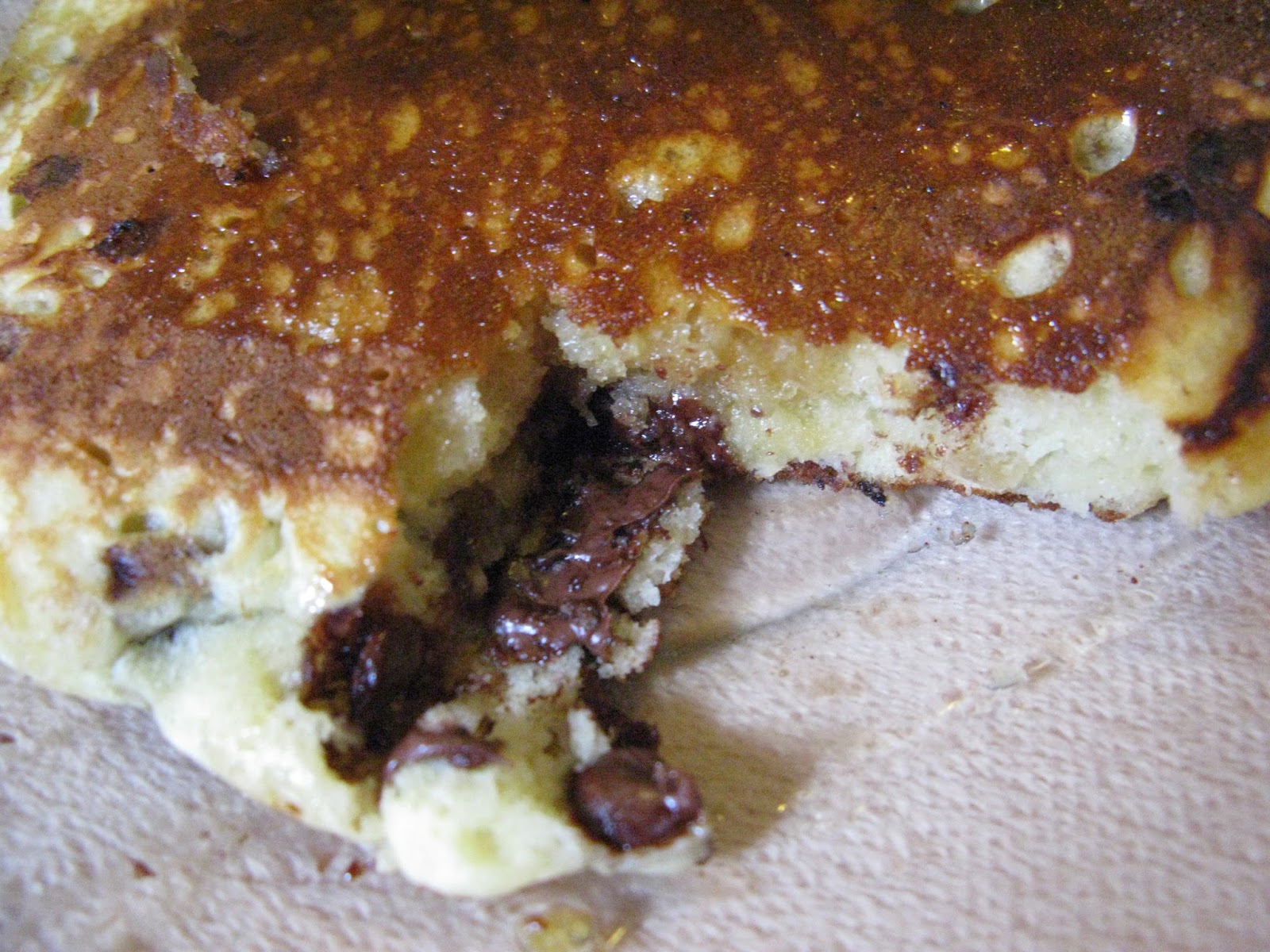