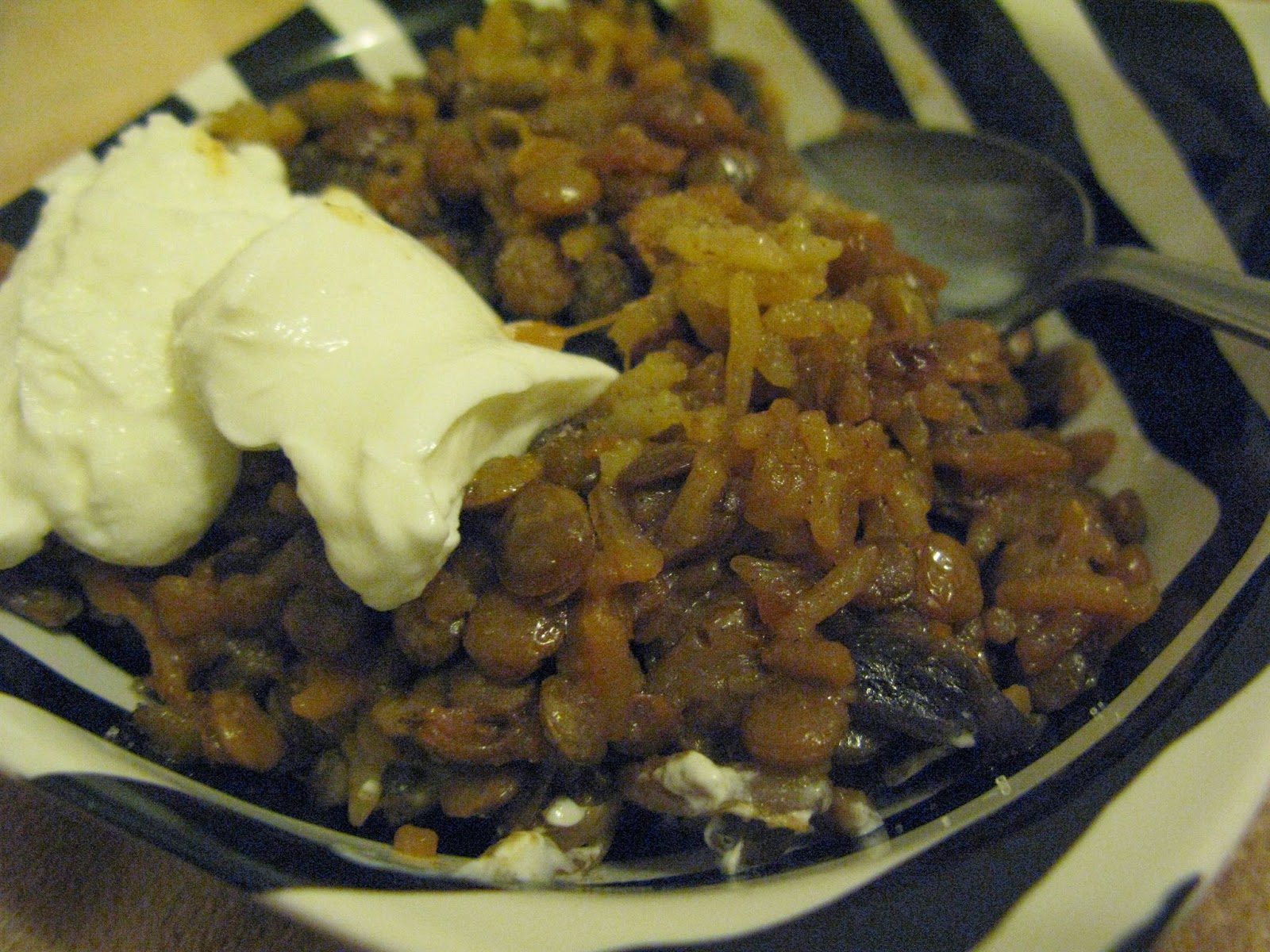 This recipe is one of the tastiest things I have posting on this blog. I had never had mujaddara before. I just stumbled onto the recipe, and I’m happy I did.

The original recipe came from Aarti Sequera from the Food Network. I have made her chicken tikka masala recipe too, and it’s also delicious. The only reason I made a change to the recipe is because I am cheap and didn’t want to buy more spices. I ended up making it over two days because of time constraints. 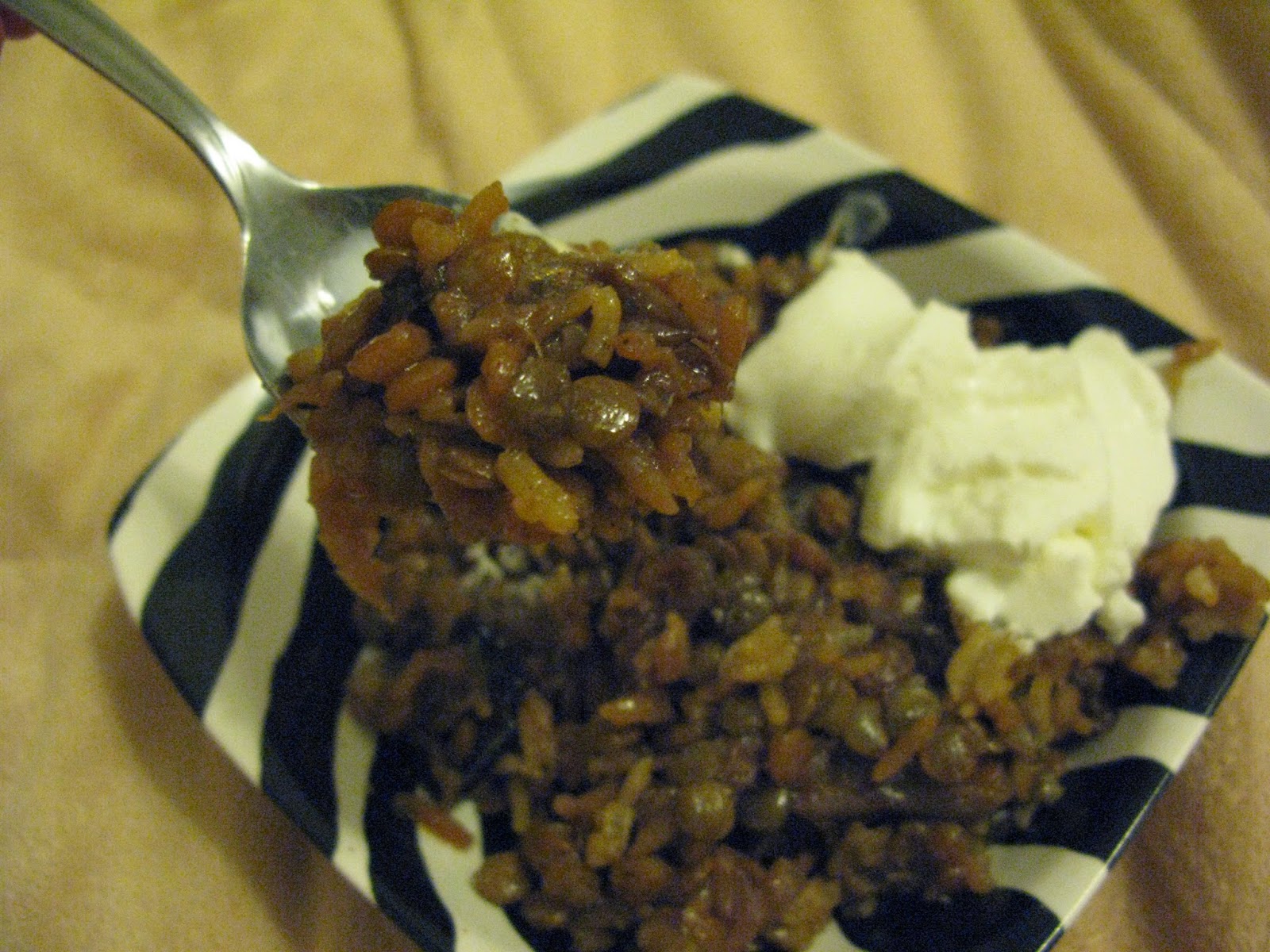 The name mujaddara means pockmarked in Arabic. Not an appetizing name, but the lentils in the rice reminded someone of pockmarks. The first recorded recipe was published in Iraq in 1226. According to Wikipedia, a common phrase in the Arab world is, “A hungry man would be willing to sell his soul for a dish of mujaddara.” 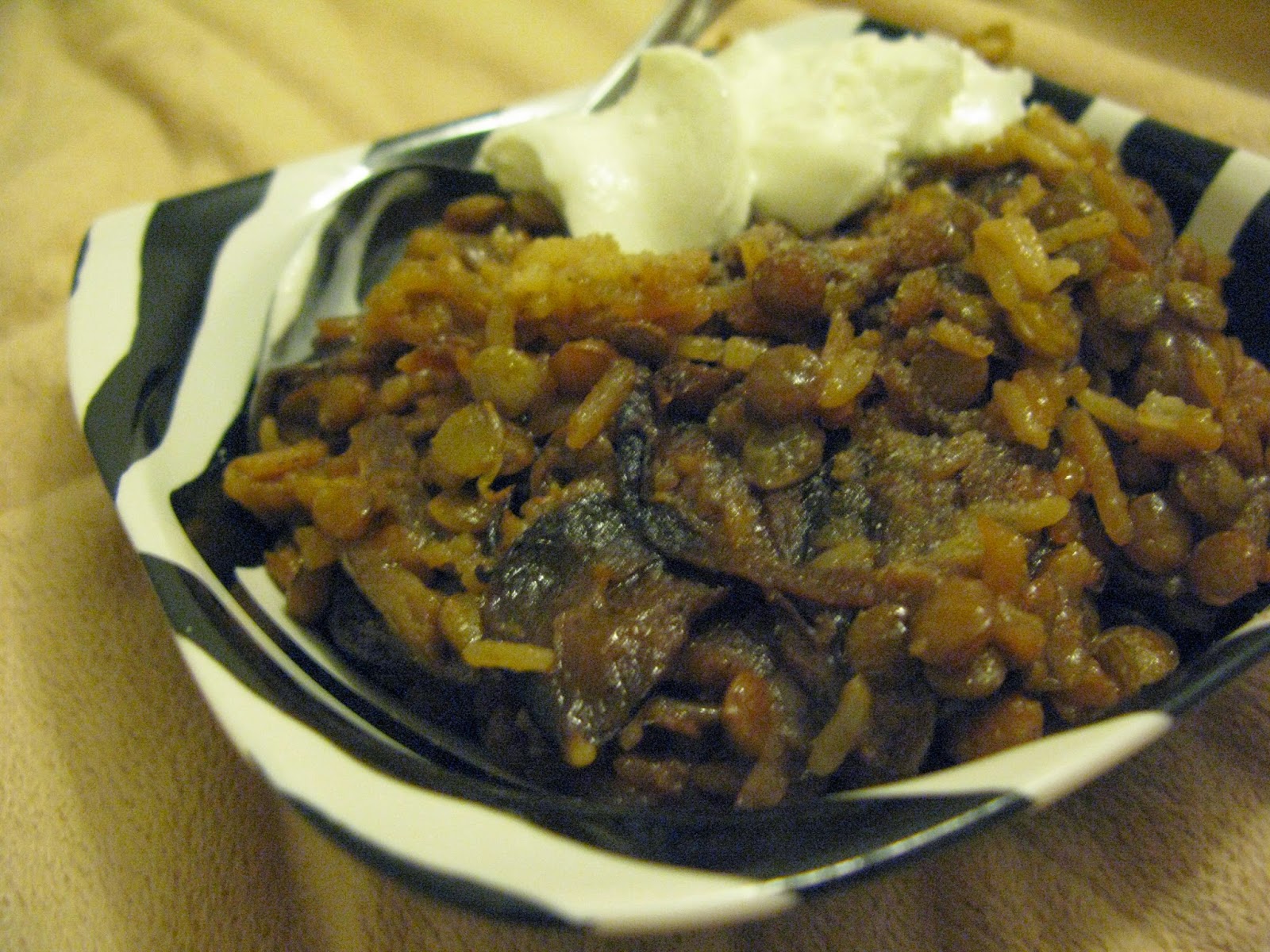 Tradition holds that mujaddara developed from the “mess of pottage” Jacob used to buy Esau’s birthright. For this reason some call mujaddara “Esau’s favorite.” 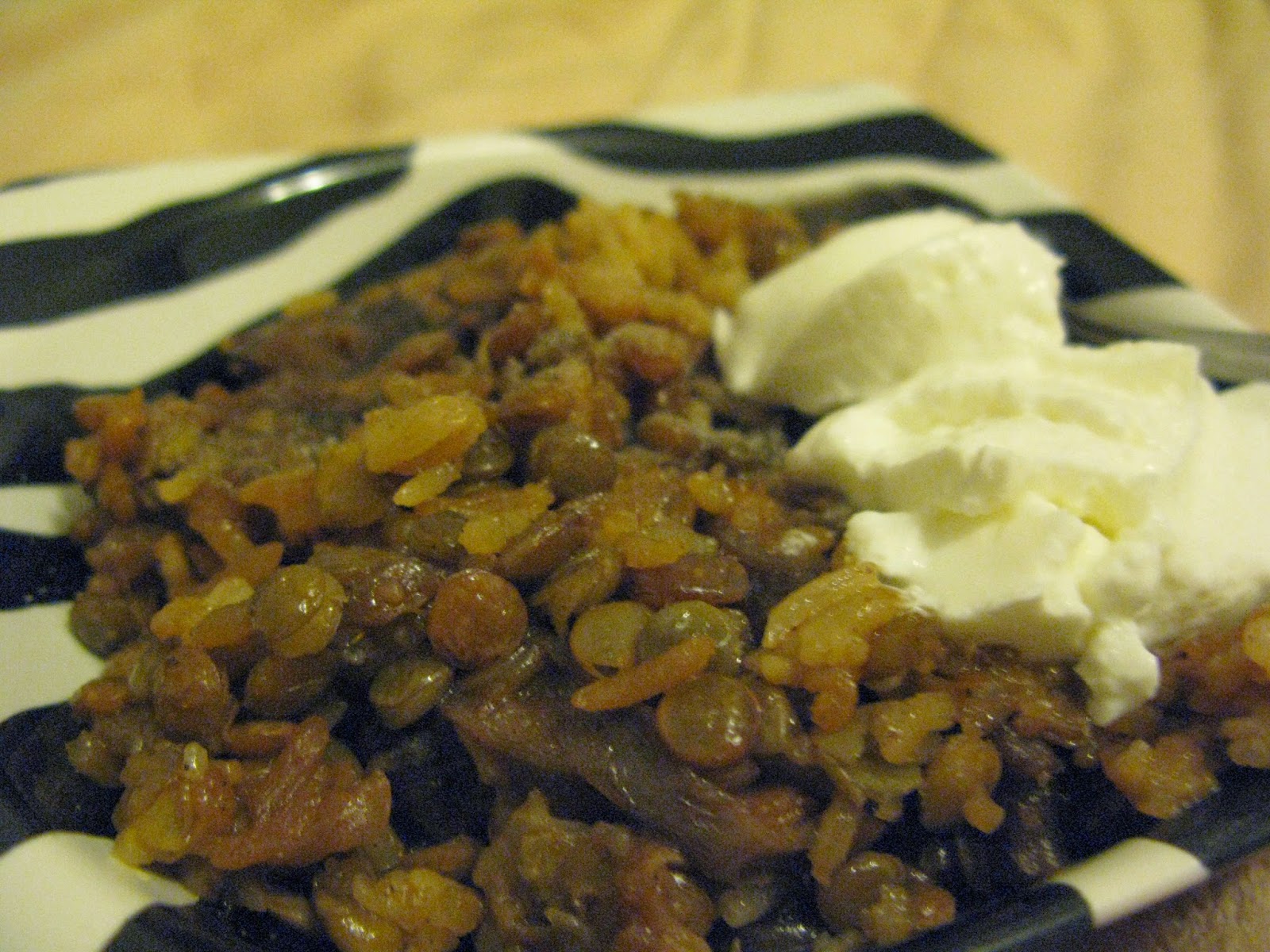 I added the oil to a sauté pan, and added the thinly sliced onions once the oil was hot. I added salt too. 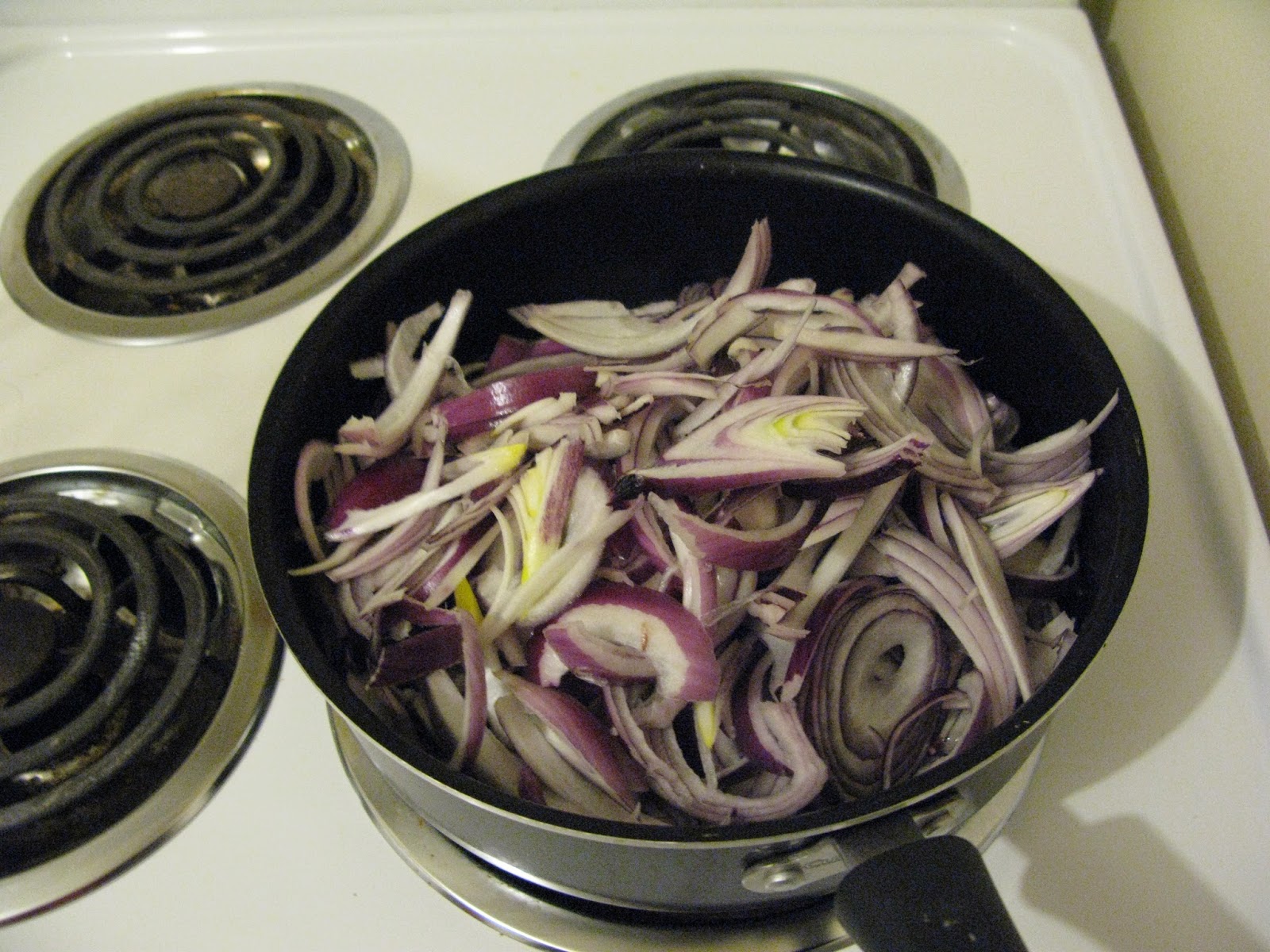 I browned the onions for a little over 15 minutes. The burner was hot. I stirred frequently but not constantly. 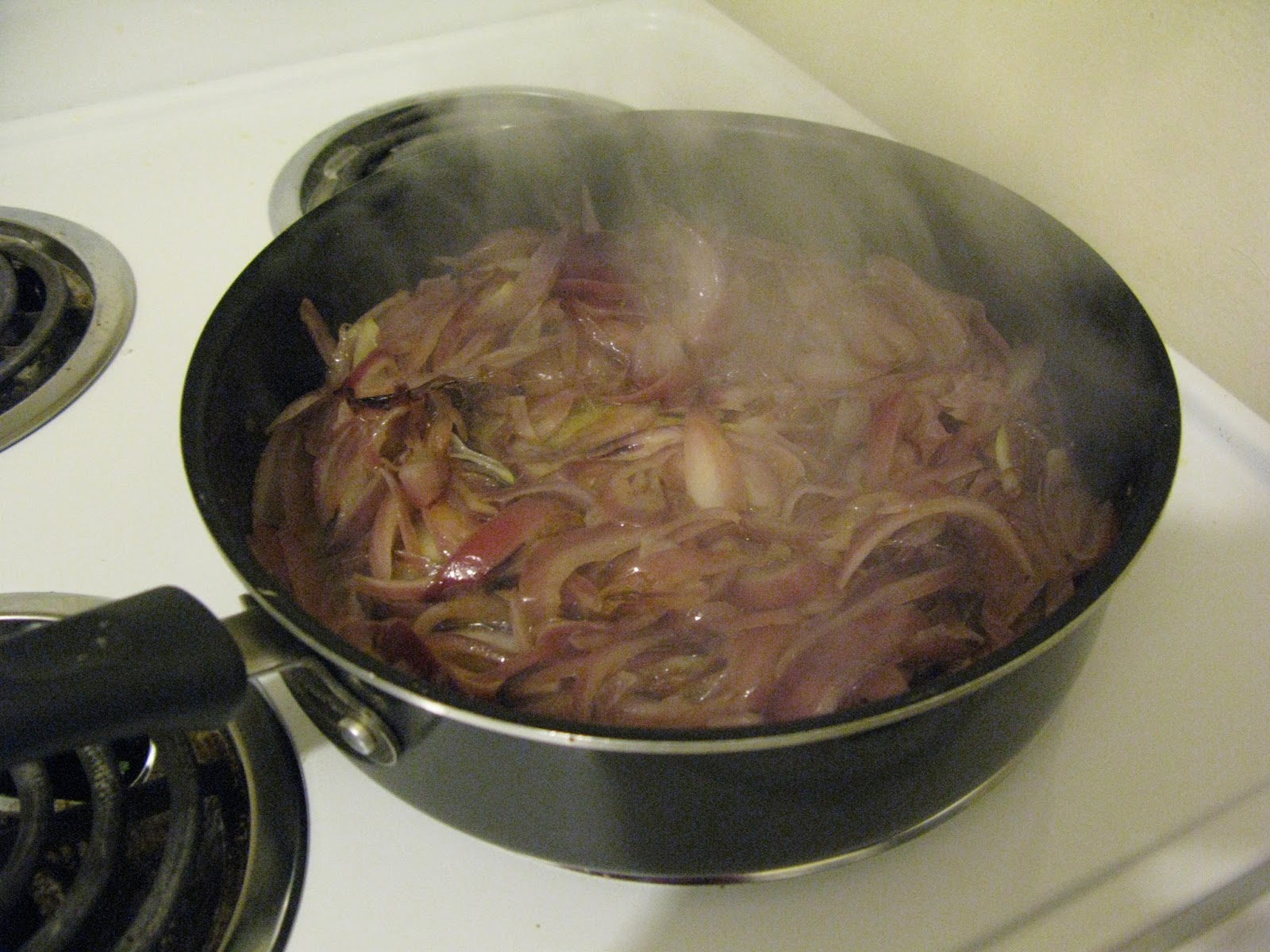 I cooked the lentils. I put then in a pot and added enough water to have an inch of water above the lentils. This cooked for 20 minutes. They weren’t mushy.

This is where I stopped for the day, but the whole dish can be finished in an hour. You are supposed to remove half the onions from the pan to reserve them for garnish. I didn’t do that because I didn’t read the recipe carefully.

You are also just supposed to add the cumin, cayenne and cinnamon to the onions. I thought I knew the recipe well enough without having to read it. I was mistaken. I added the spices to a little oil in a clean, hot pan. I added the rice and browned it. 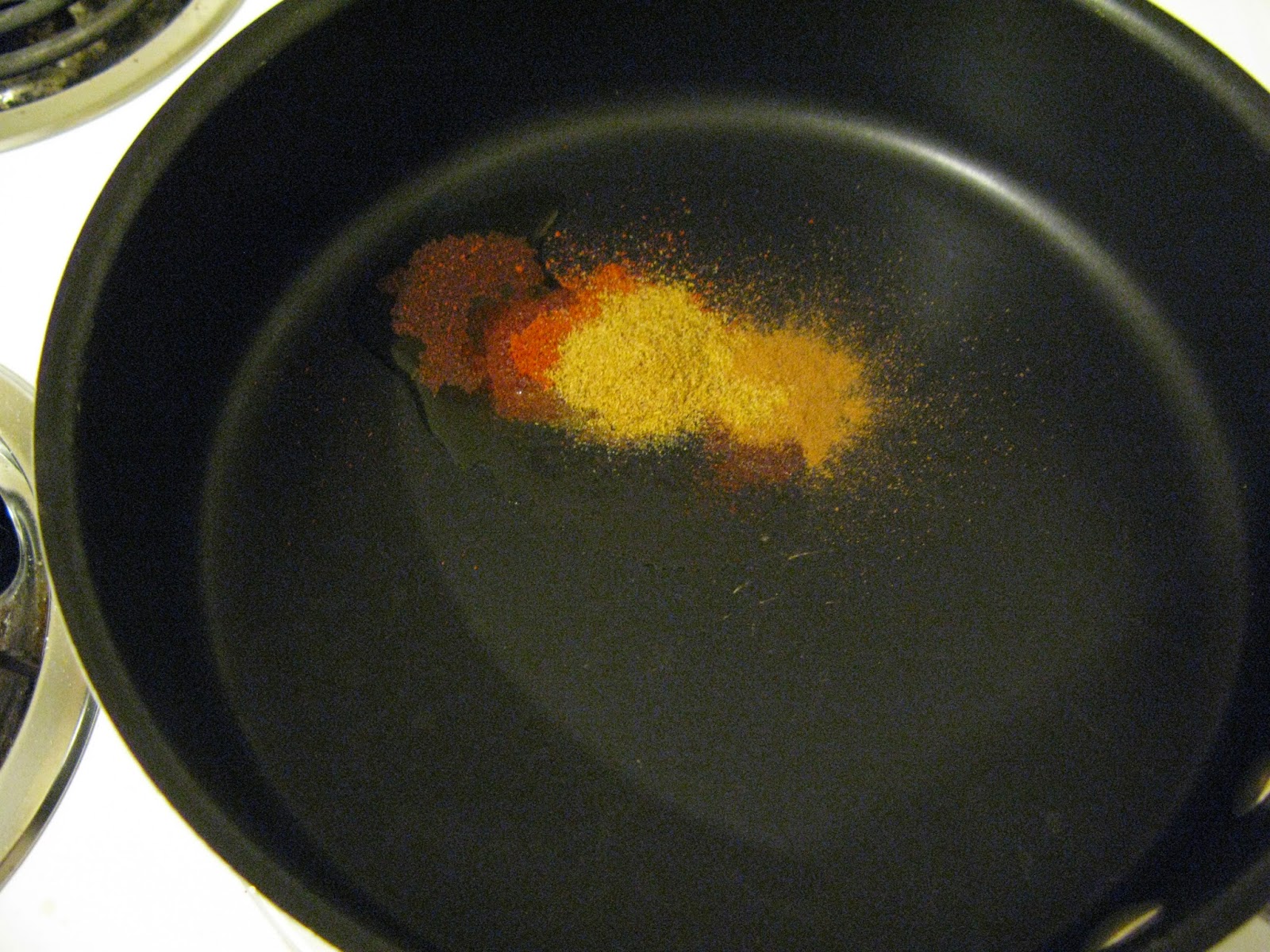 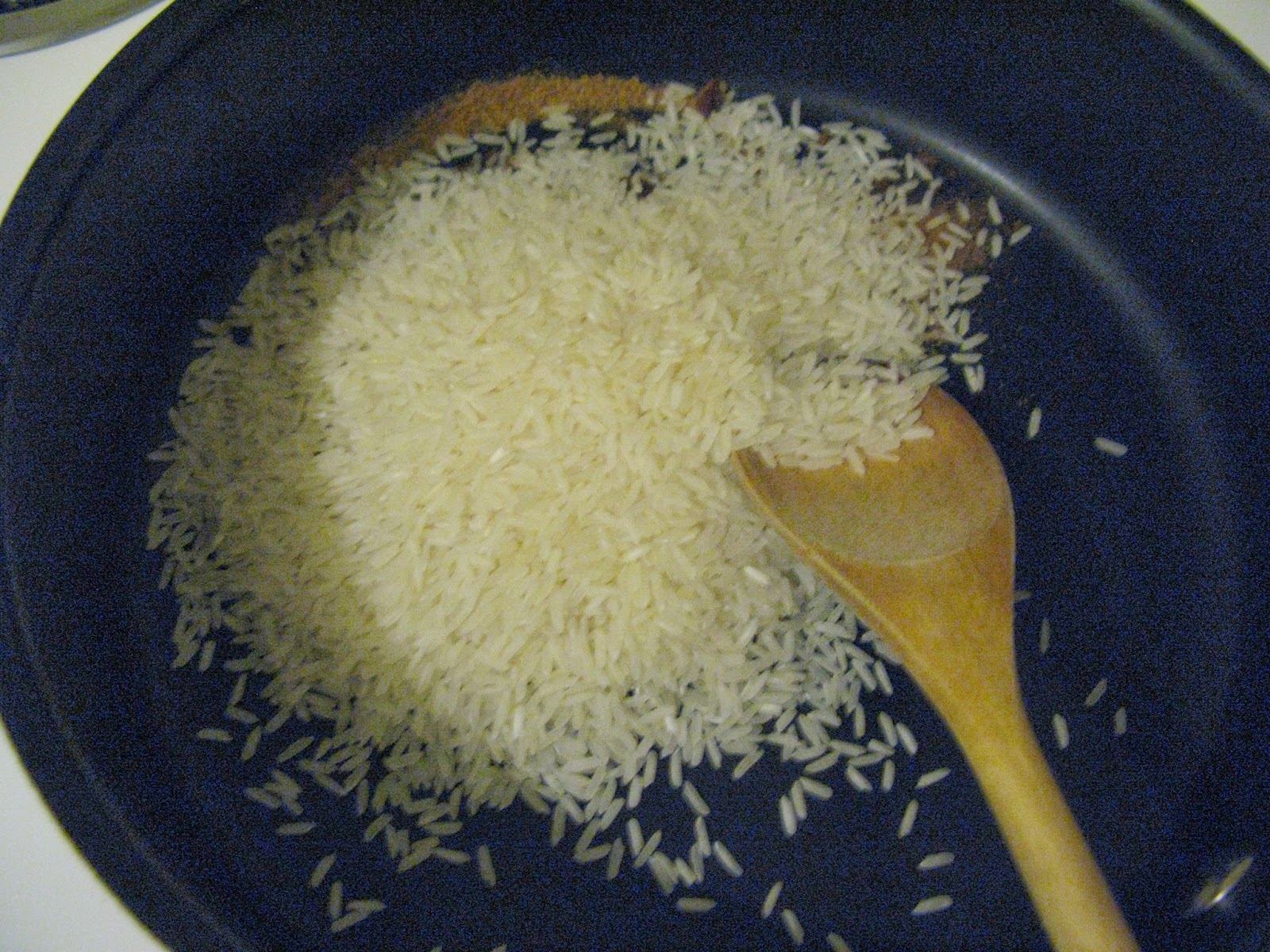 I added all the brown onions, water, and the cooked lentils. I should have added the spices and rice to half of the remaining onions in the pan. I should have let the rice brown with the onions already in the pan. 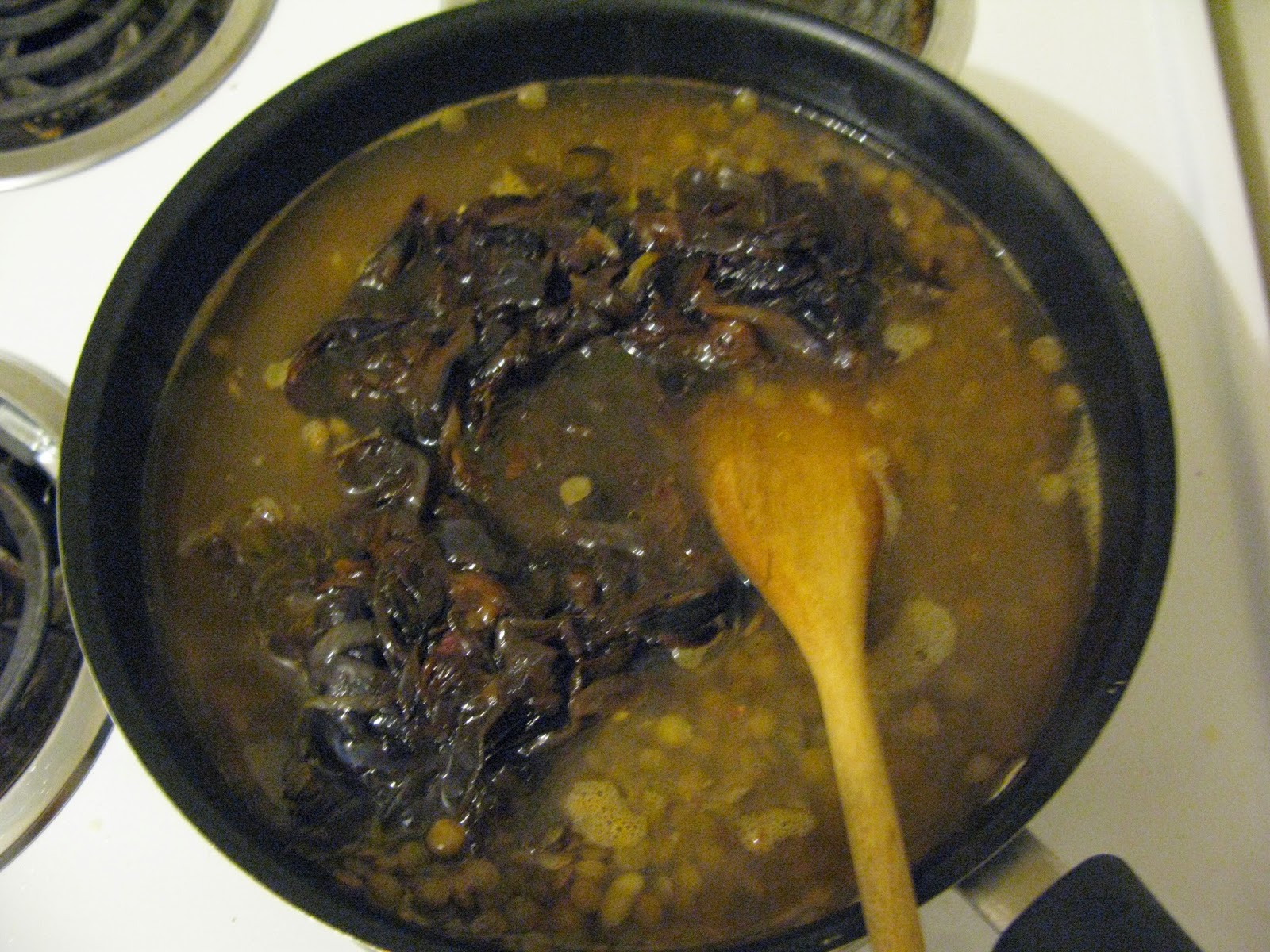 I brought the amazingly fragrant mixture come to a boil and simmered it with a lid for 30 minutes. 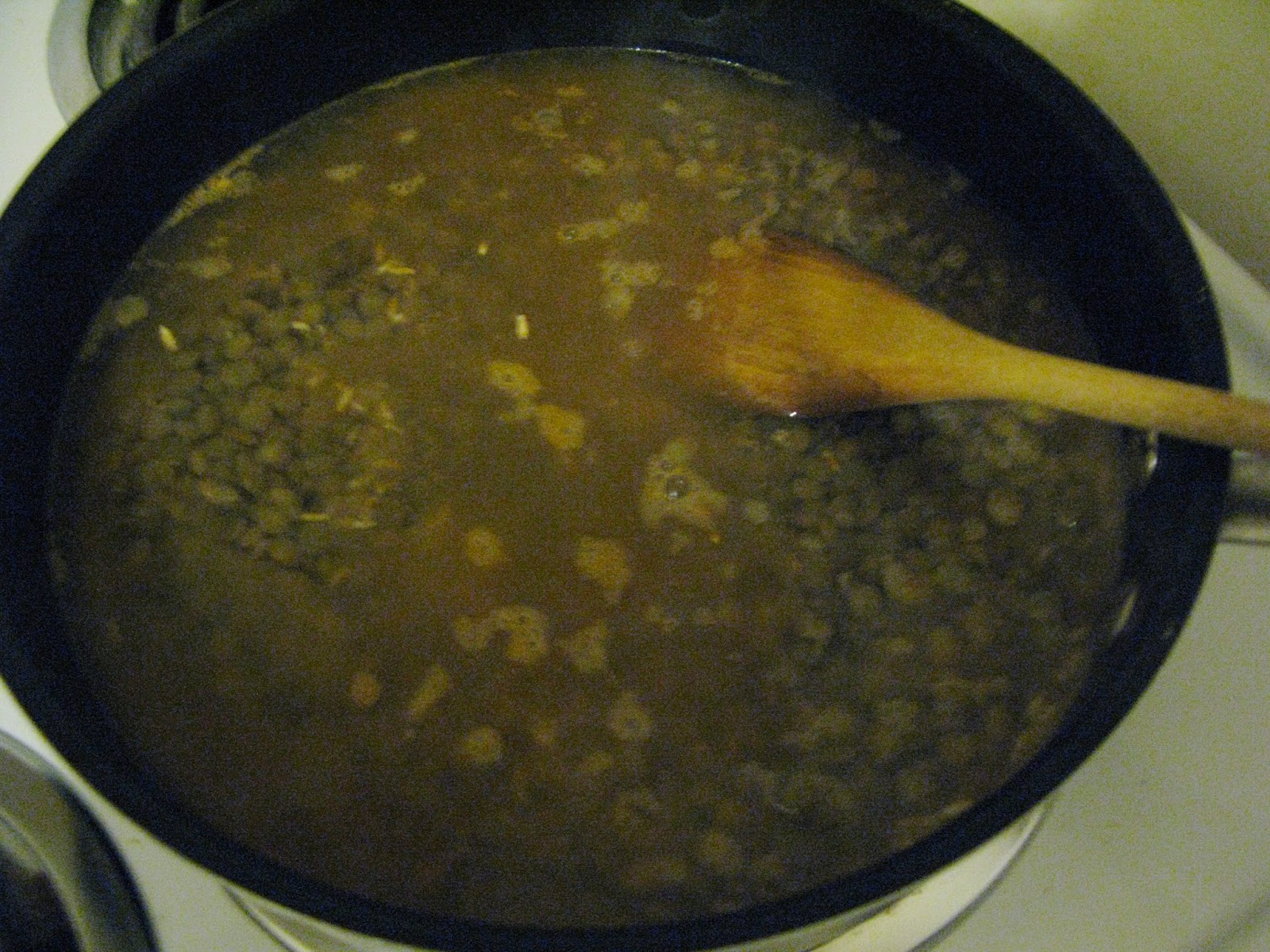 After 30 minutes, I turned the heat of and let it sit for 5 minutes. I squeezed all the juice from the lemon over the mujaddara. 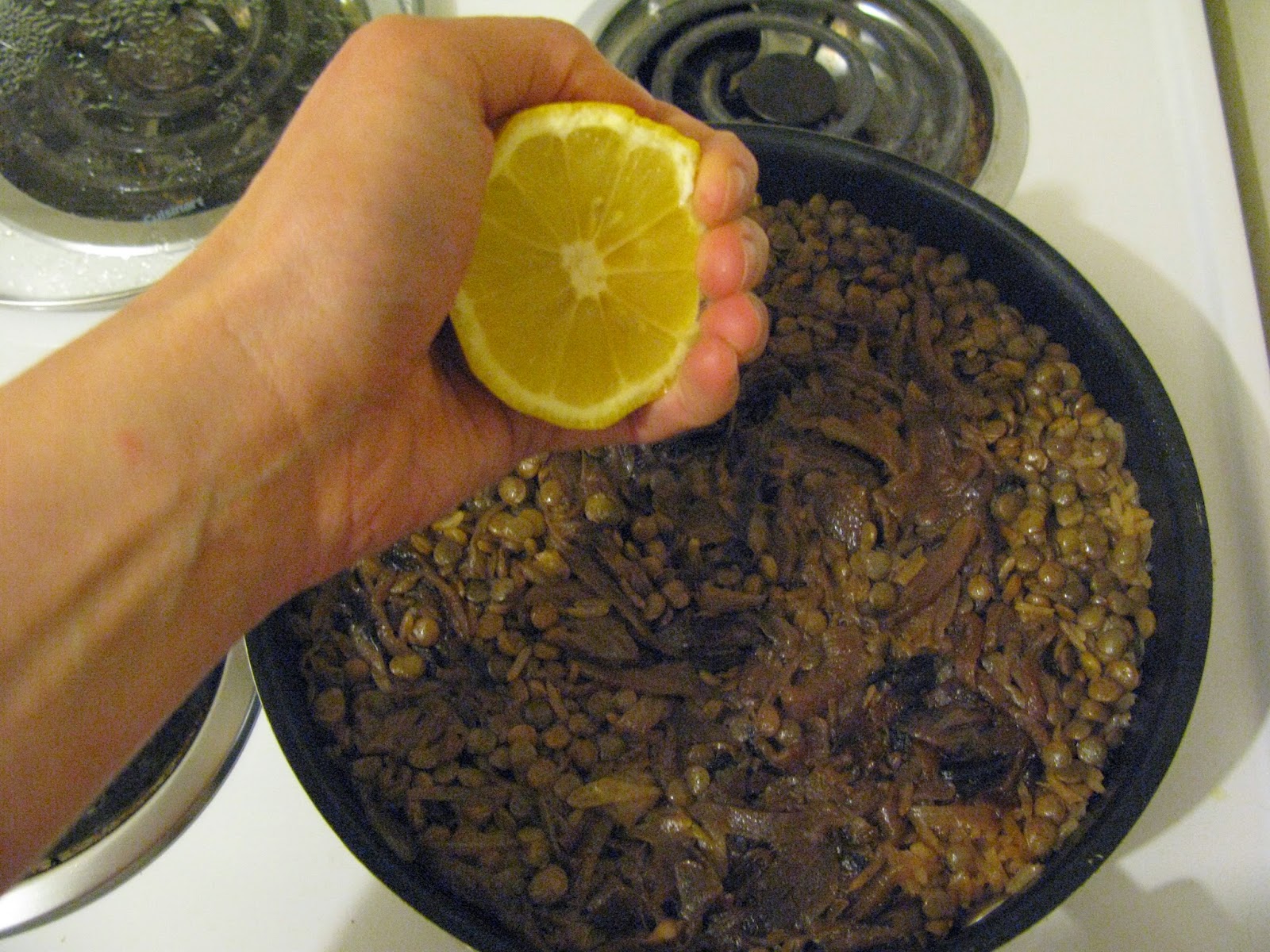 I ate it with Greek yogurt. It’s not the most appealing meal, but looks can be deceiving. It was really good. It's much better than most of the things you eat. 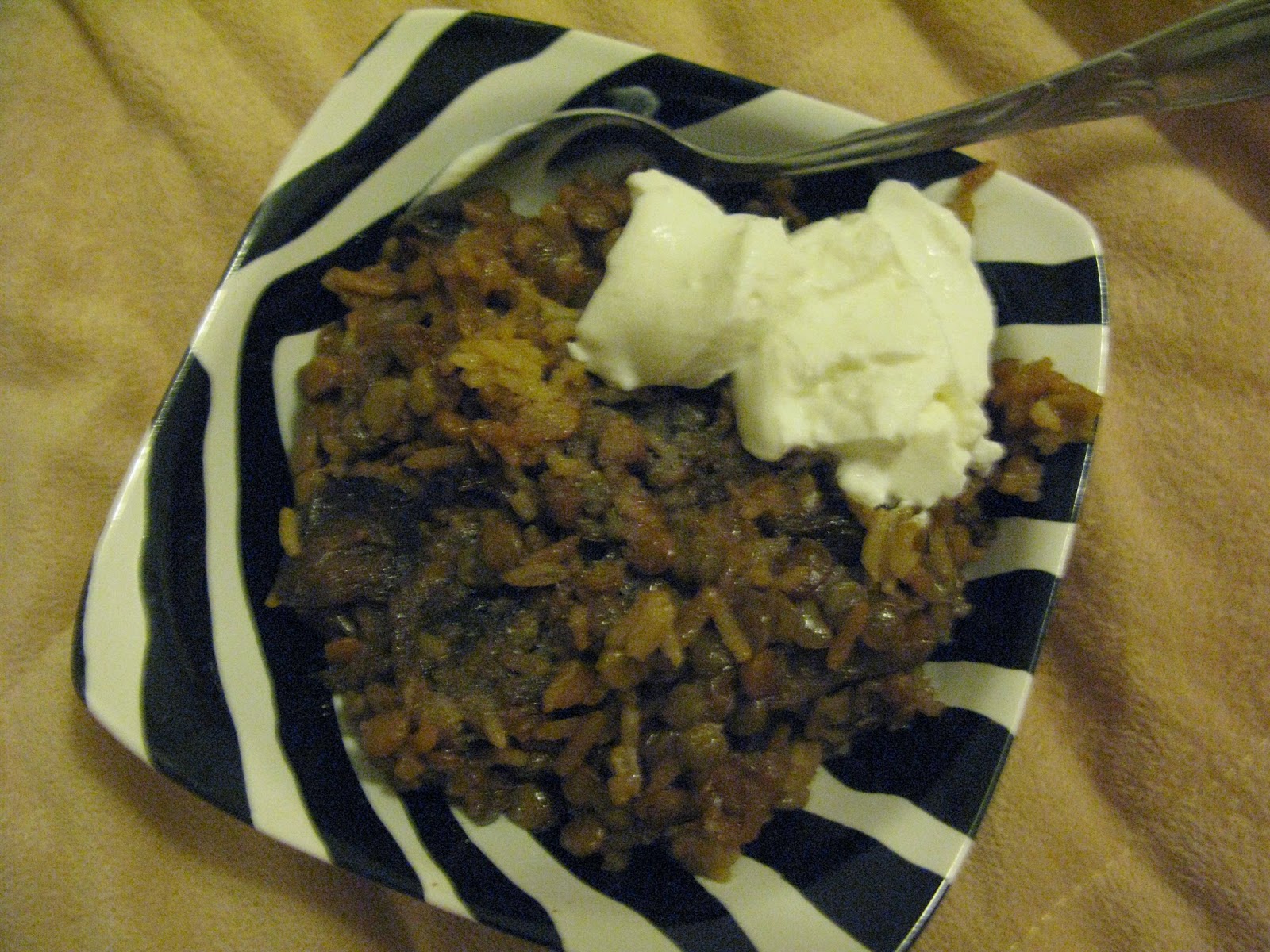 All these ingredients are so simple and cheap, but they combine to make something extraordinary. You have no excuse for not making this dish. Go out today, buy the ingredients, and make this. I won’t take no for an answer. 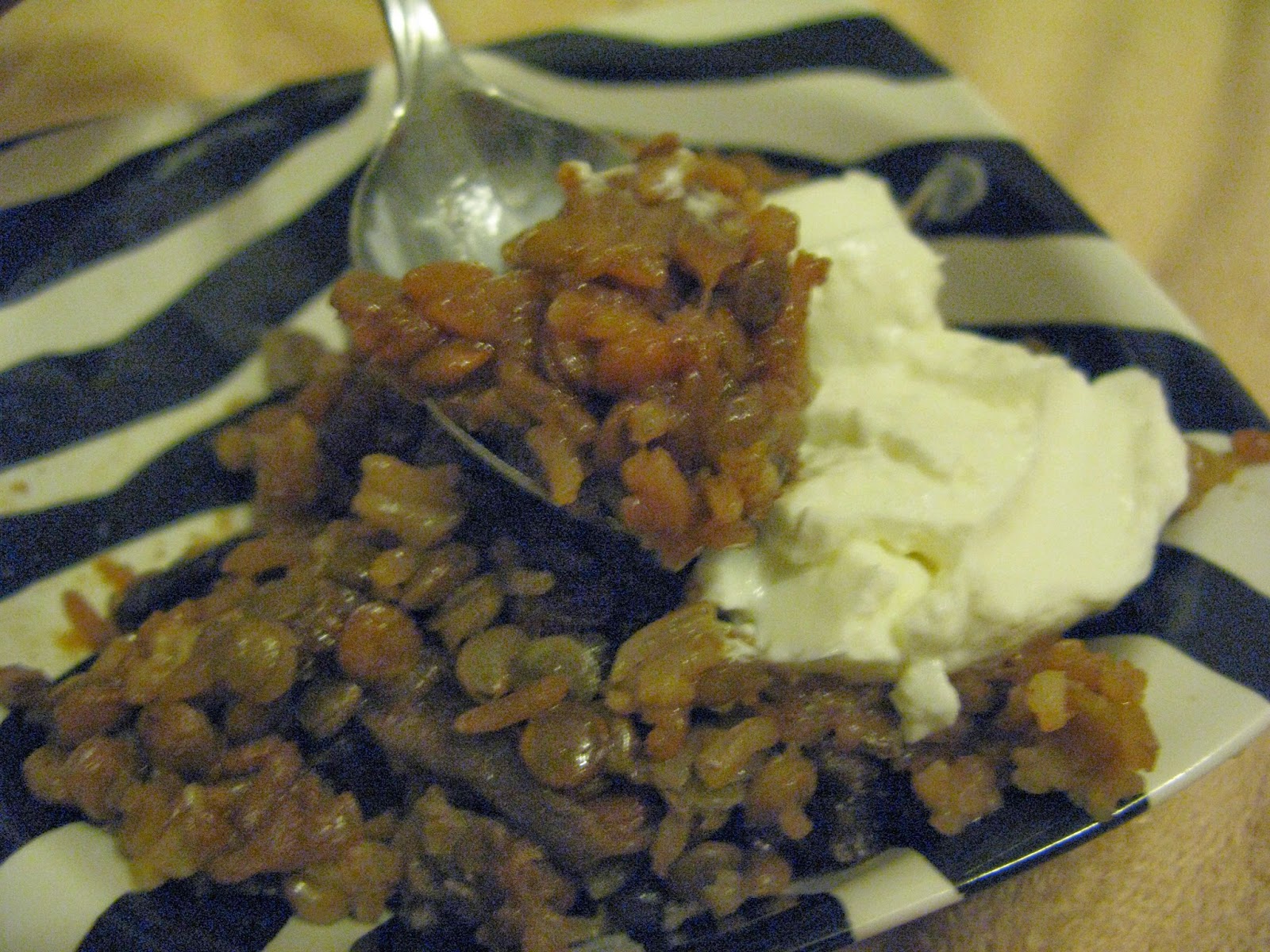 I first made Mujaddara about 47 years ago when I was a new bride. It came from the "Woman's Day Encyclopedia of Cooking" set of books. It has been a fav ever since. My recipe, however, doesn't have the spices you use and cooks the onions until crispy to serve over the top. Gonna try the spice mixture.

I think mine would have been better if I can crisped the onions a little more. It's so delicious! One of my favorites too!