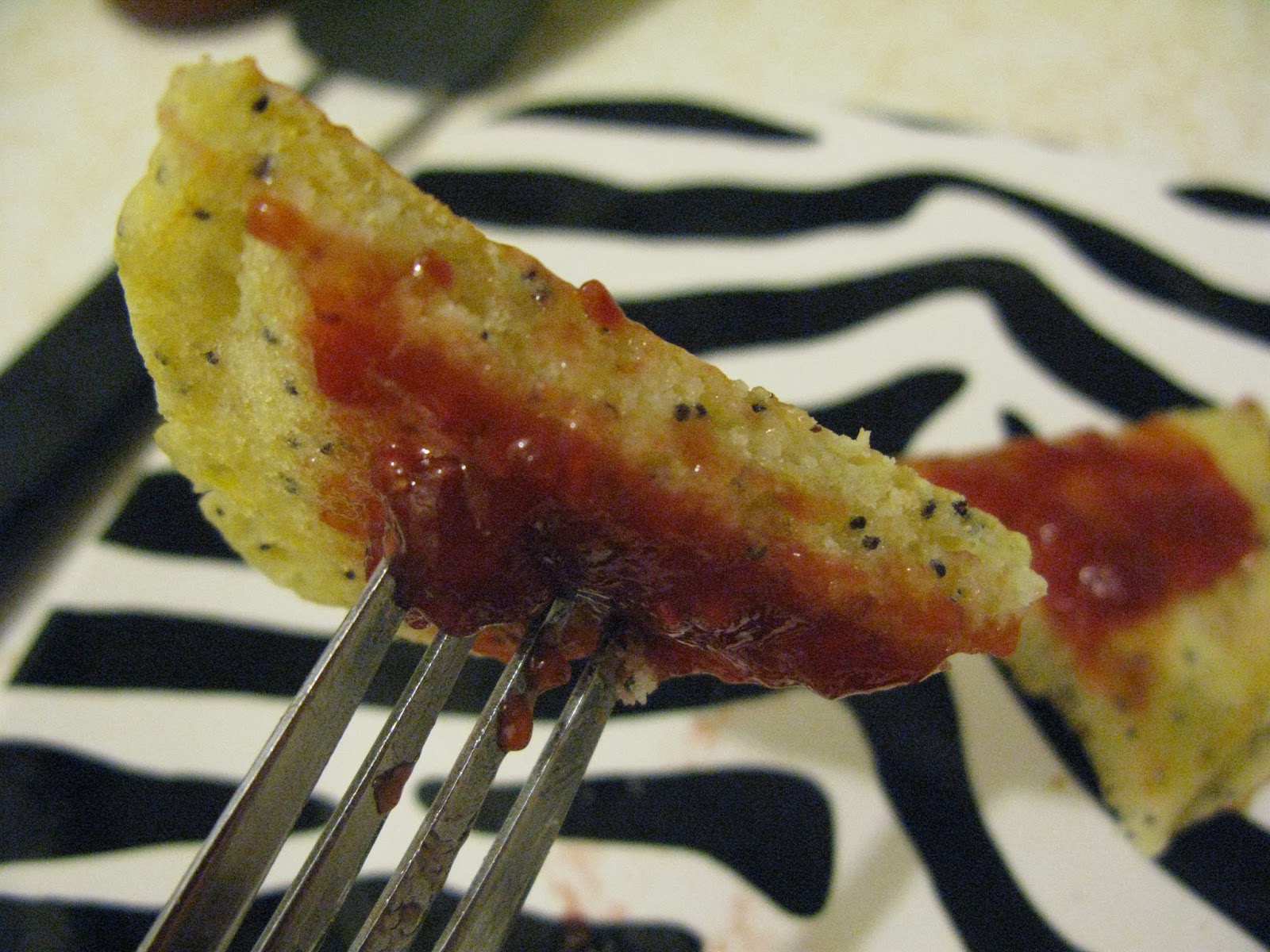 The recipe originated with a regular pancake recipe from allrecipes. I used lemon juice instead of vinegar and added poppy seeds and lemon zest. 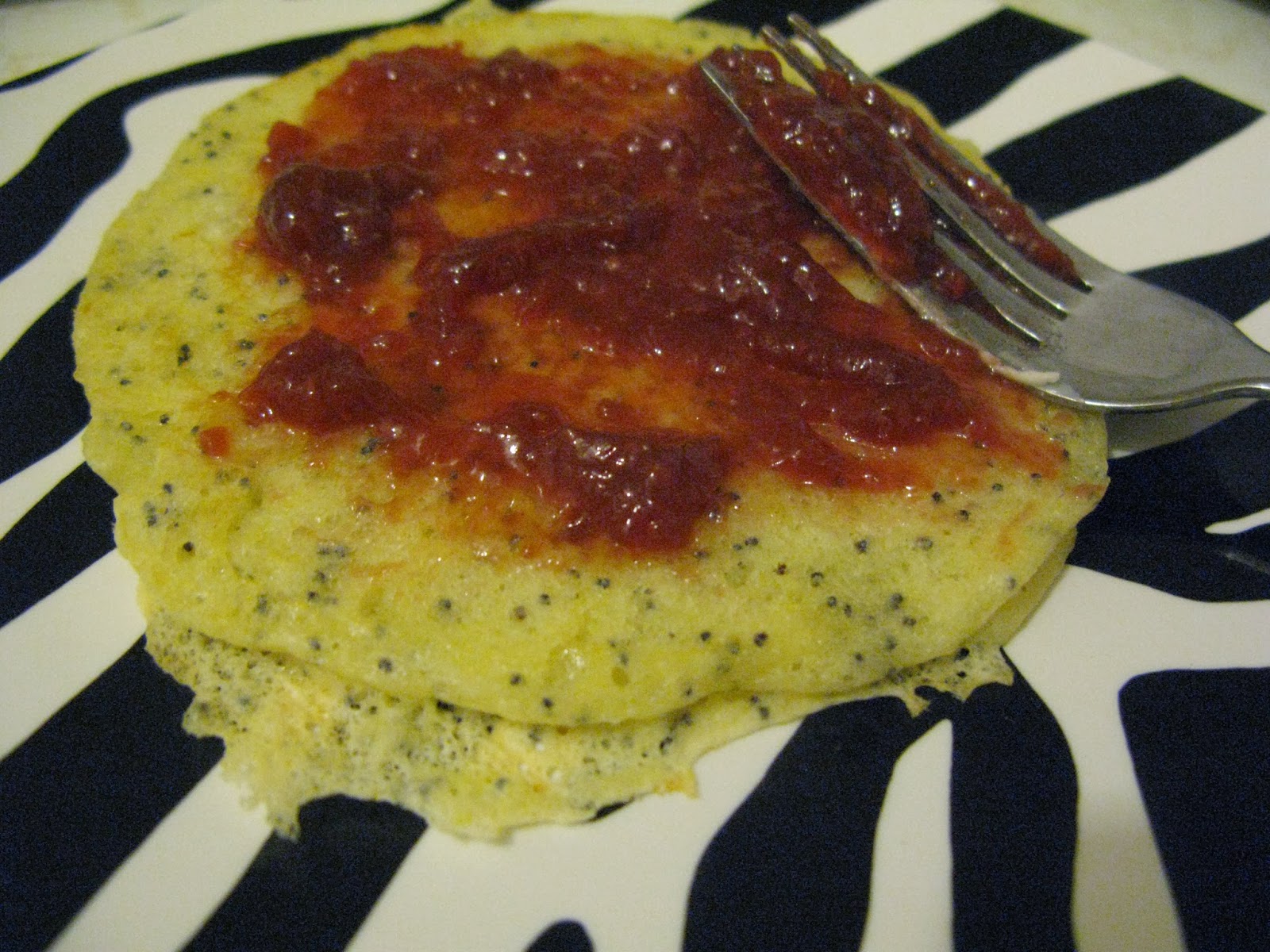 I once learned that poppy seeds come from the same plant used to grow opium.  Strangely enough, I’m sure I learned that from a Seinfeld episode.  I think Elaine or someone tested positive for drugs because she had eaten a lemon poppy seed muffin. 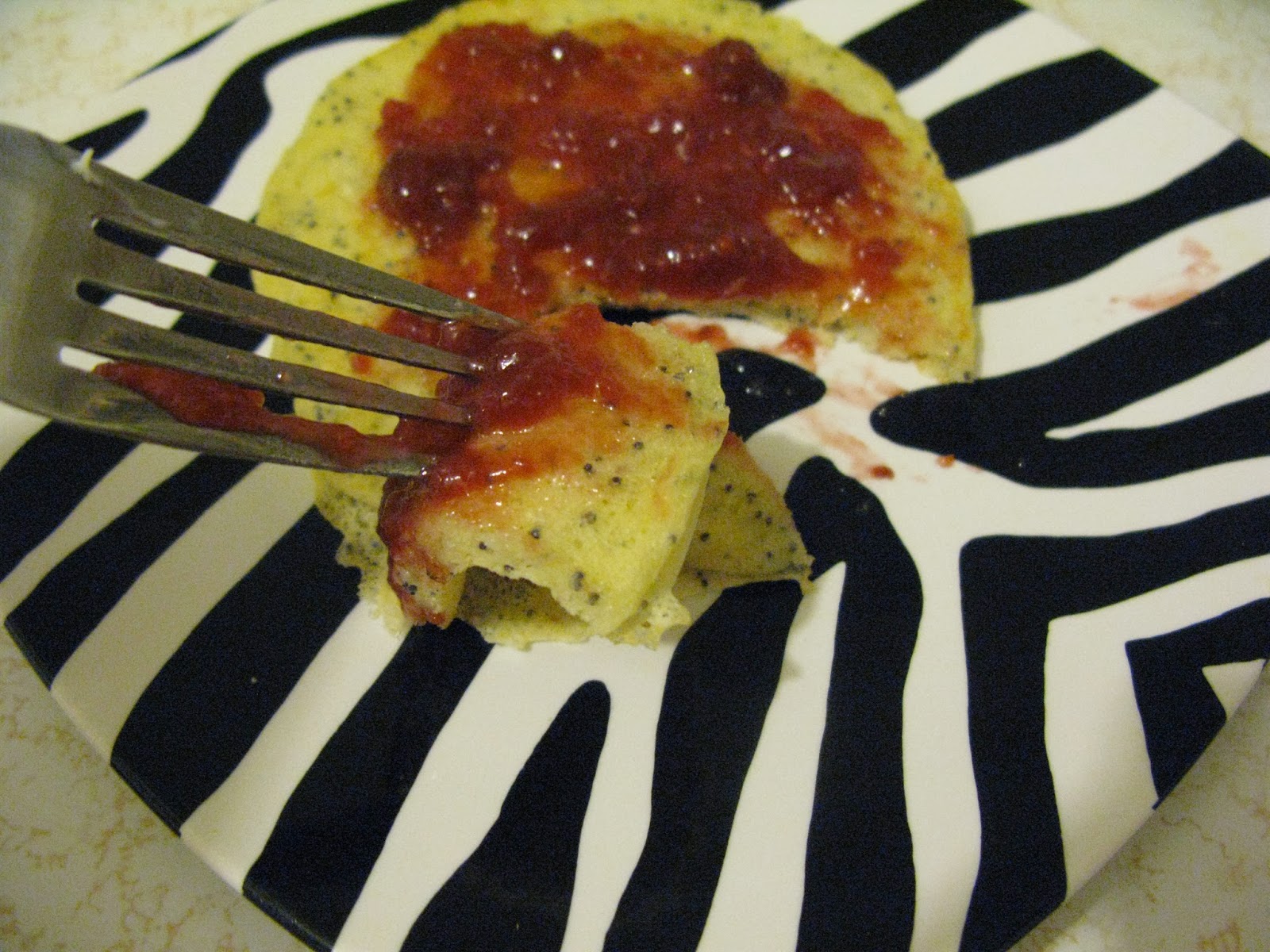 Apparently the opium poppy has been cultivated and consumed for thousands of years. Some traditional, folk uses of poppy seeds are to increase fertility, invisibility, and drowsiness. 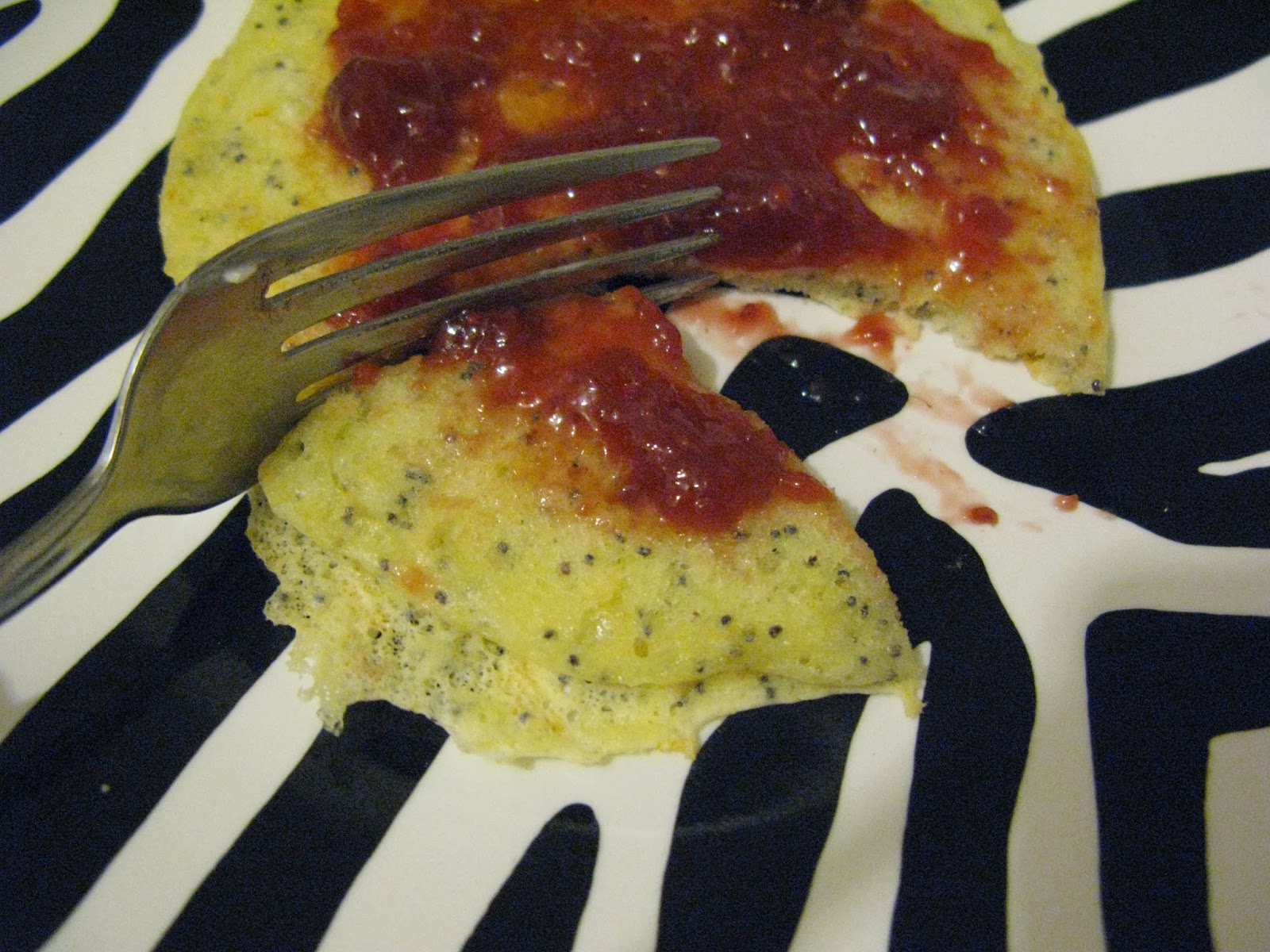 I zested the lemon in a bowl. 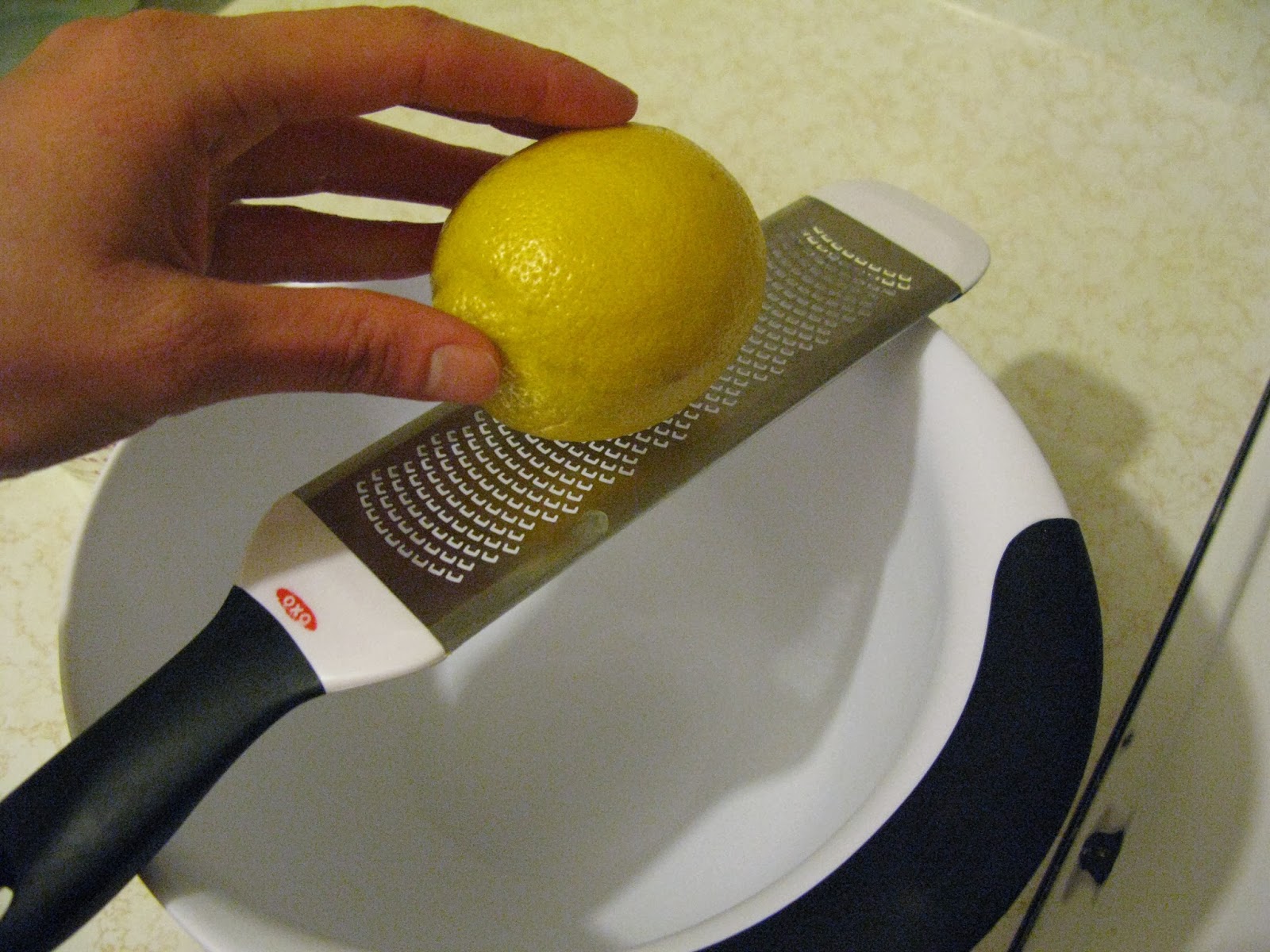 In a wet measuring cup I squeezed out all the juice from the lemon. It was about 1/3 a cup of juice. I then added milk. I wanted a little over ¾ a cup total. I would have liked a stronger lemon flavor, so you might want use the zest and juice of two lemons. I set this aside. This sour milk is a faux buttermilk. 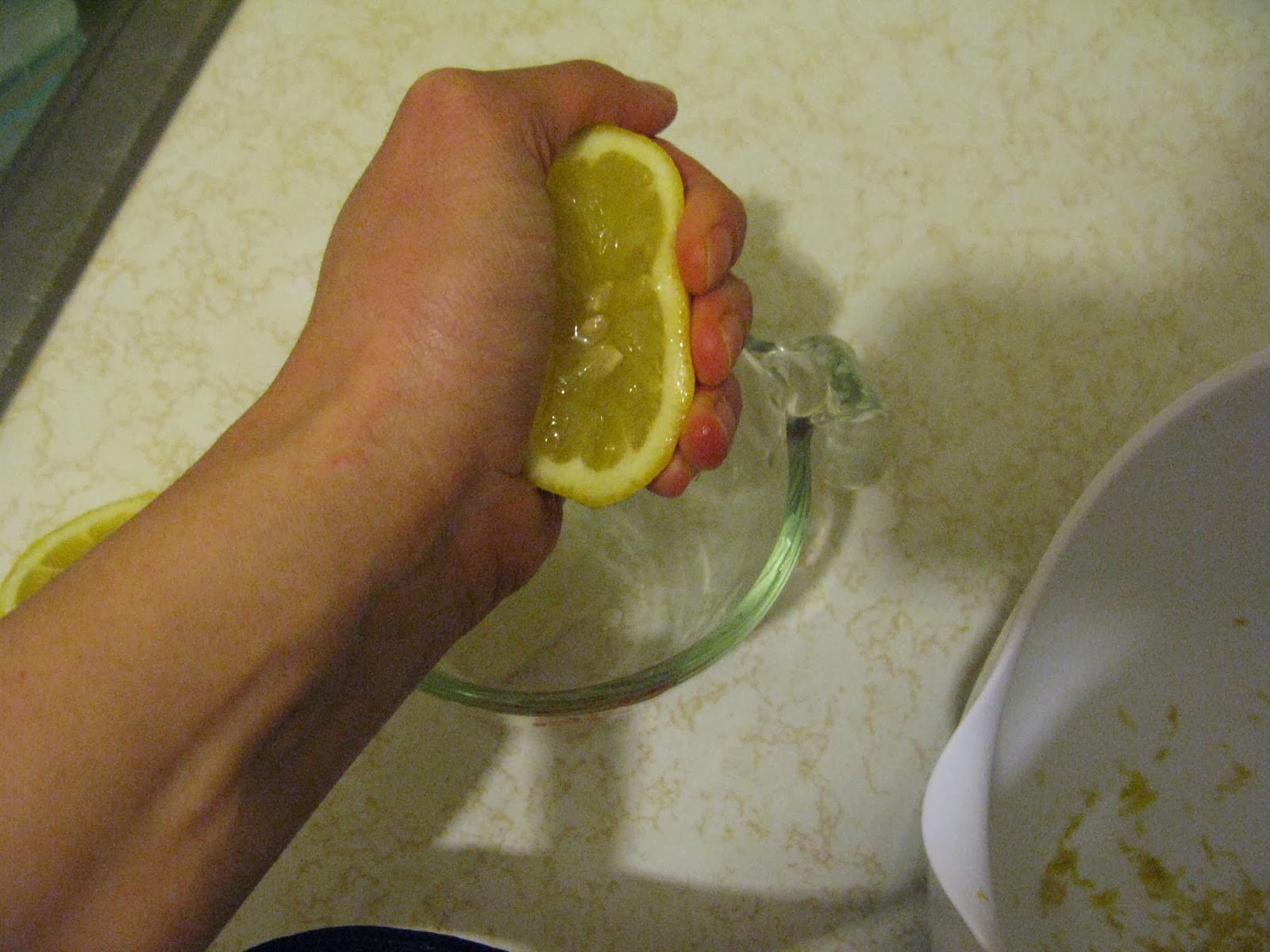 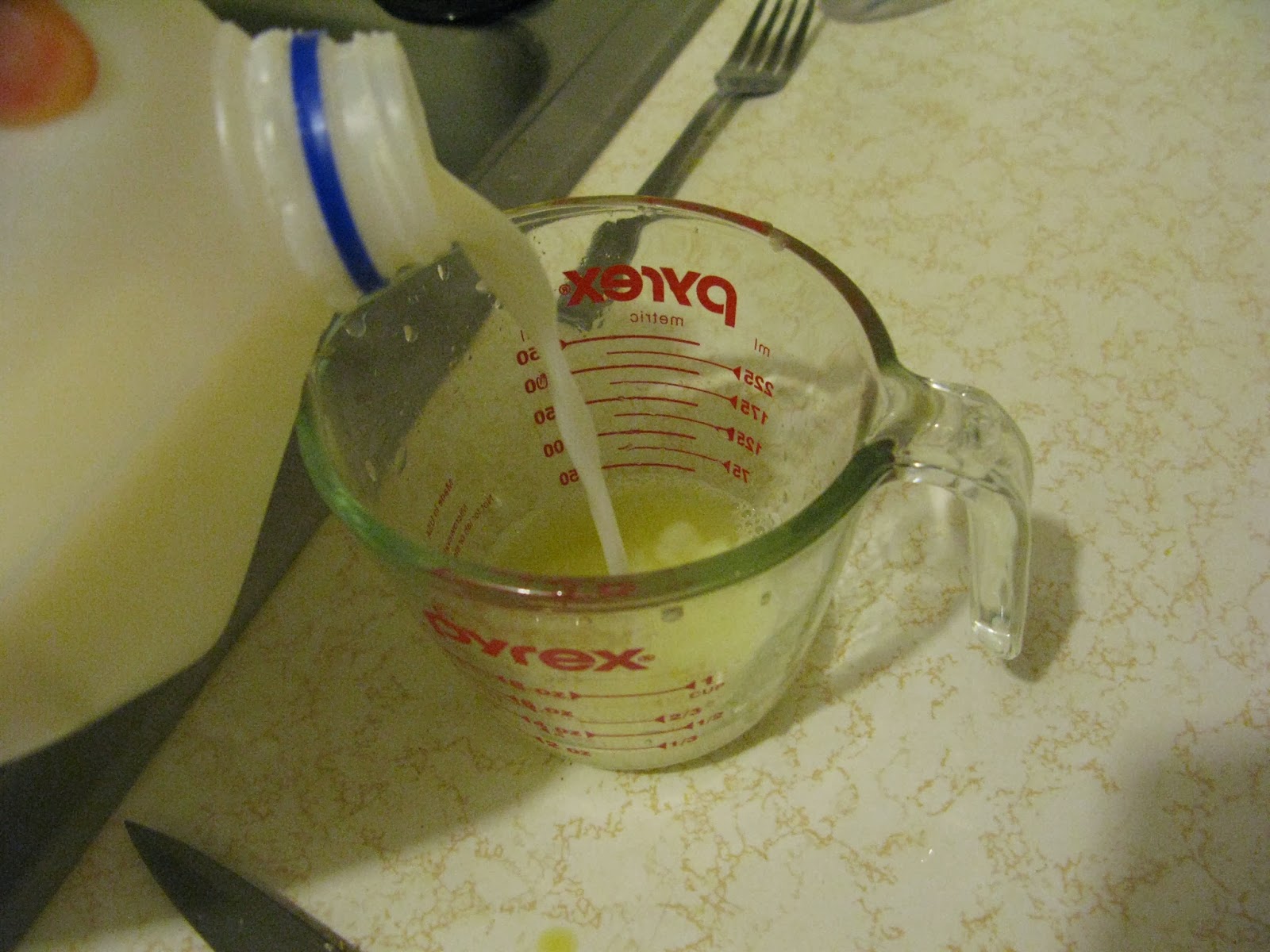 In the bowl with the lemon zest, I added the flour, sugar, baking powder, baking soda, salt, and poppy seeds. 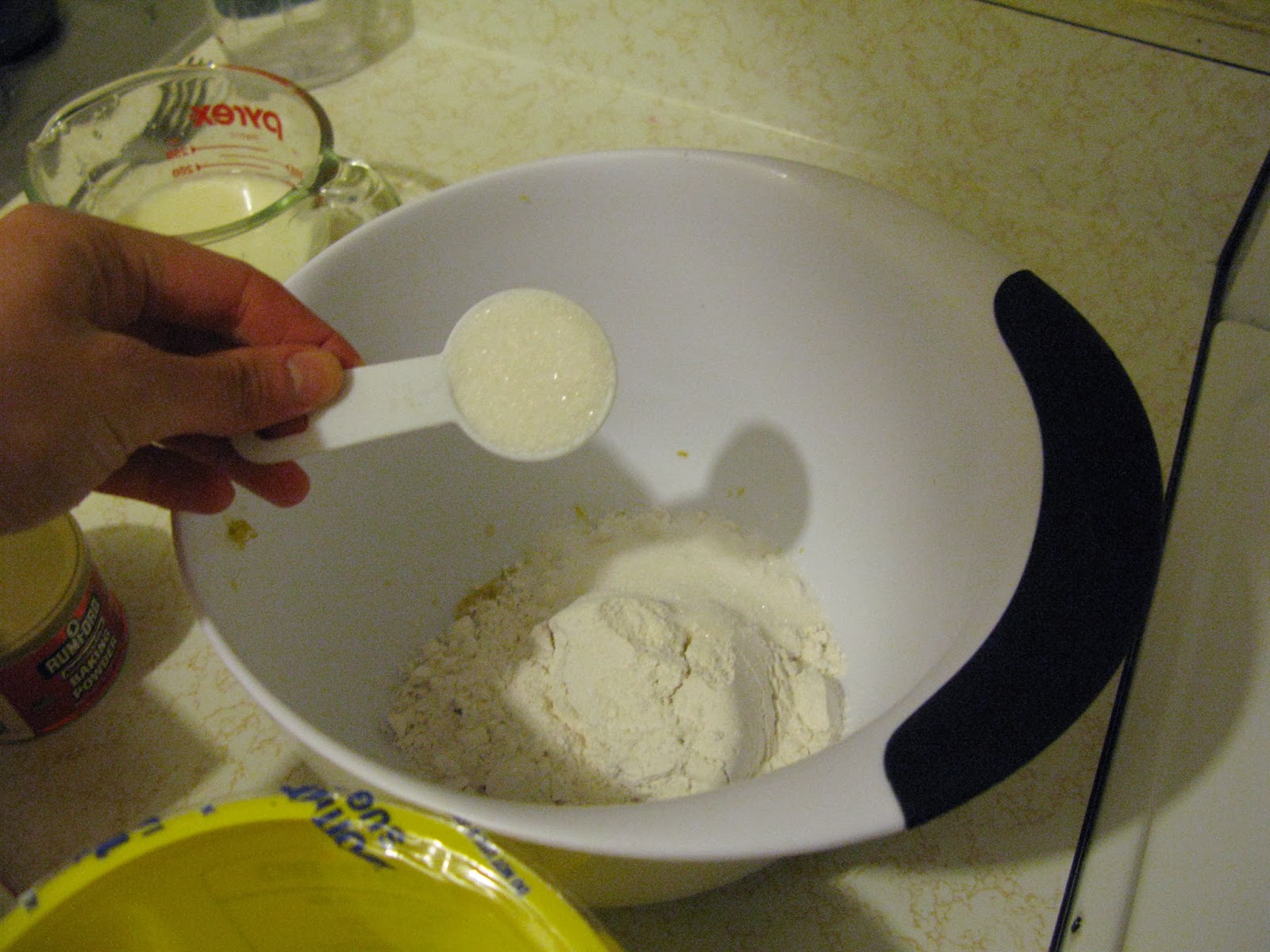 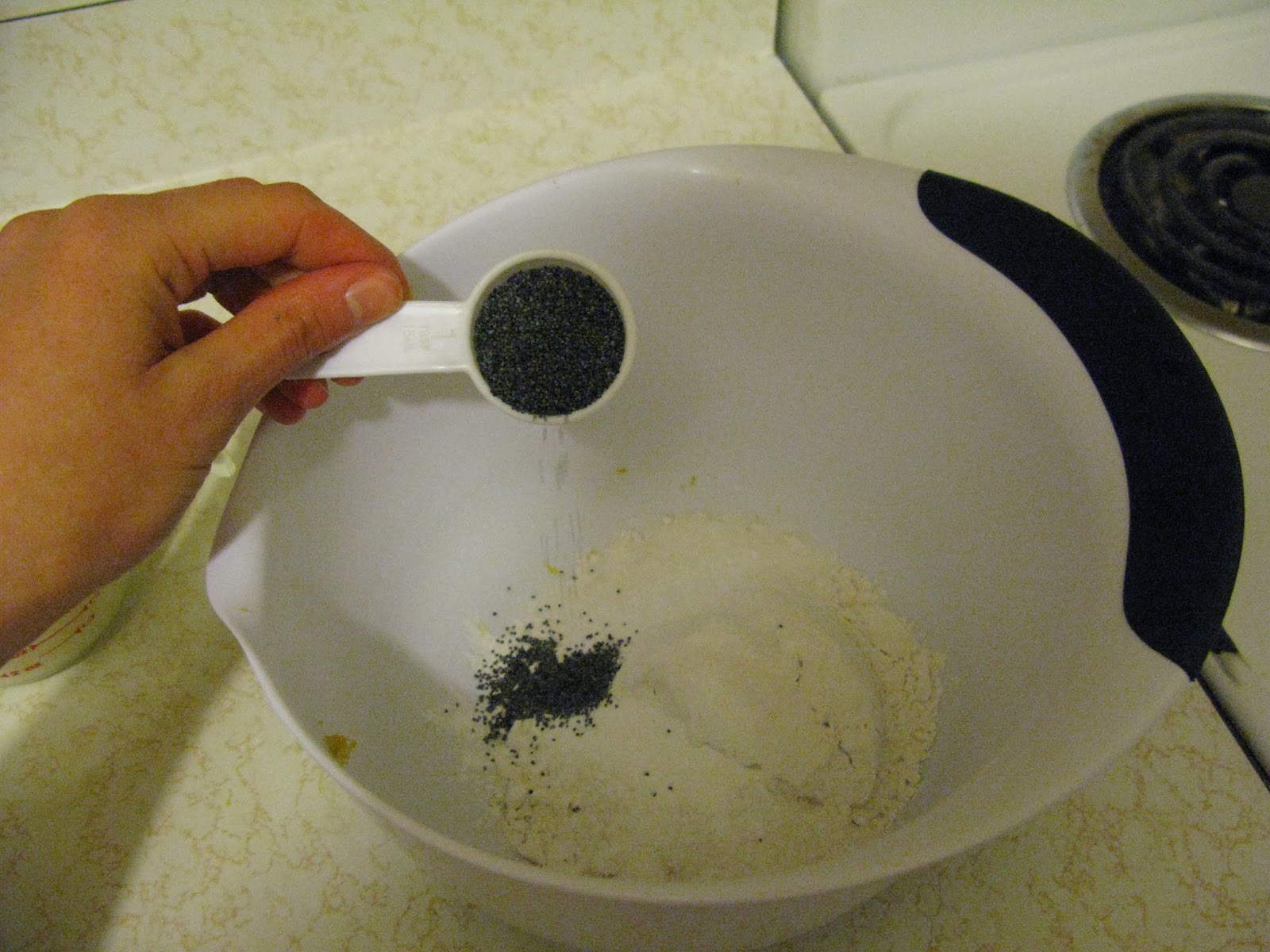 I whisked the egg and melted butter into the milk. 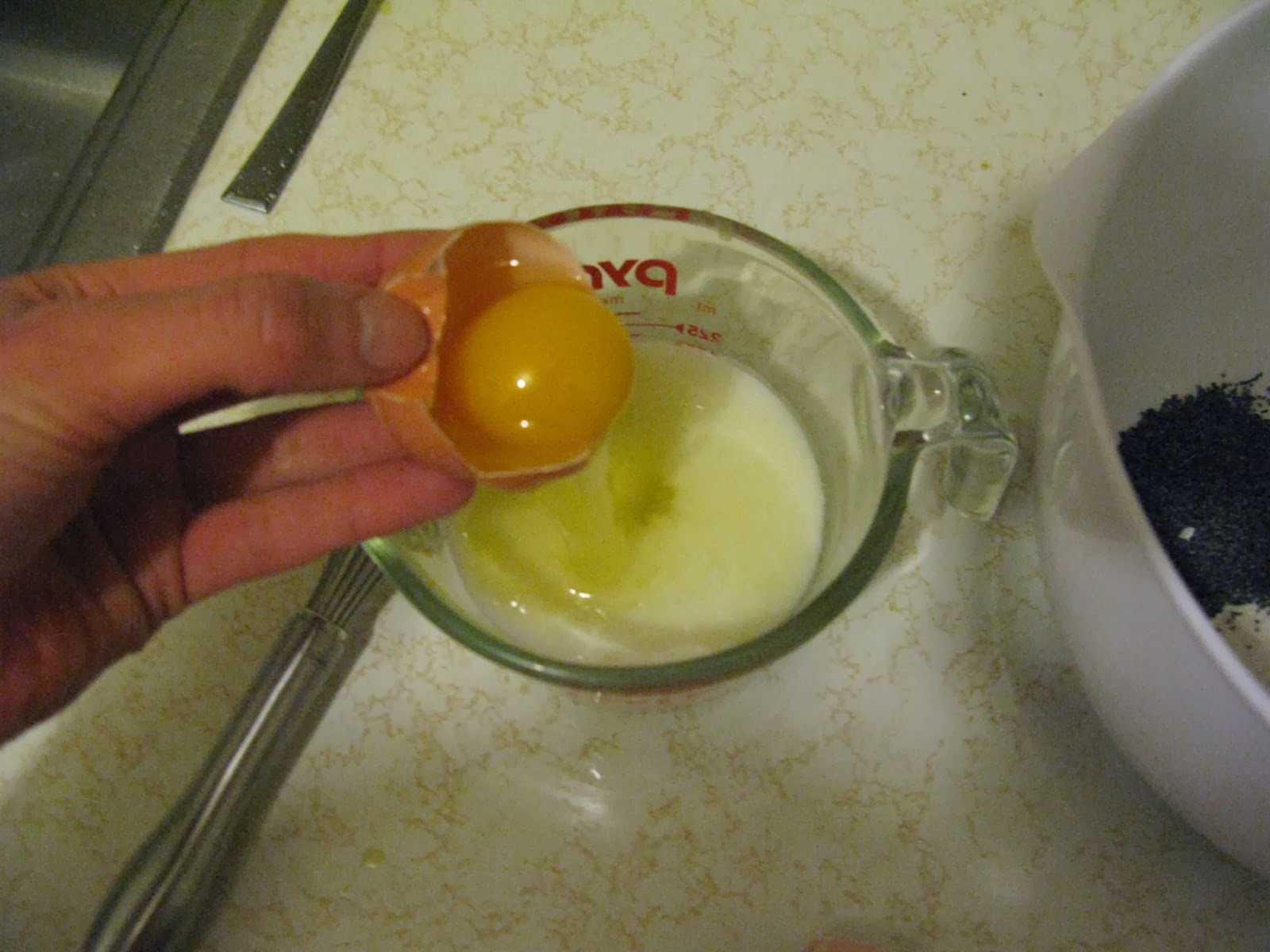 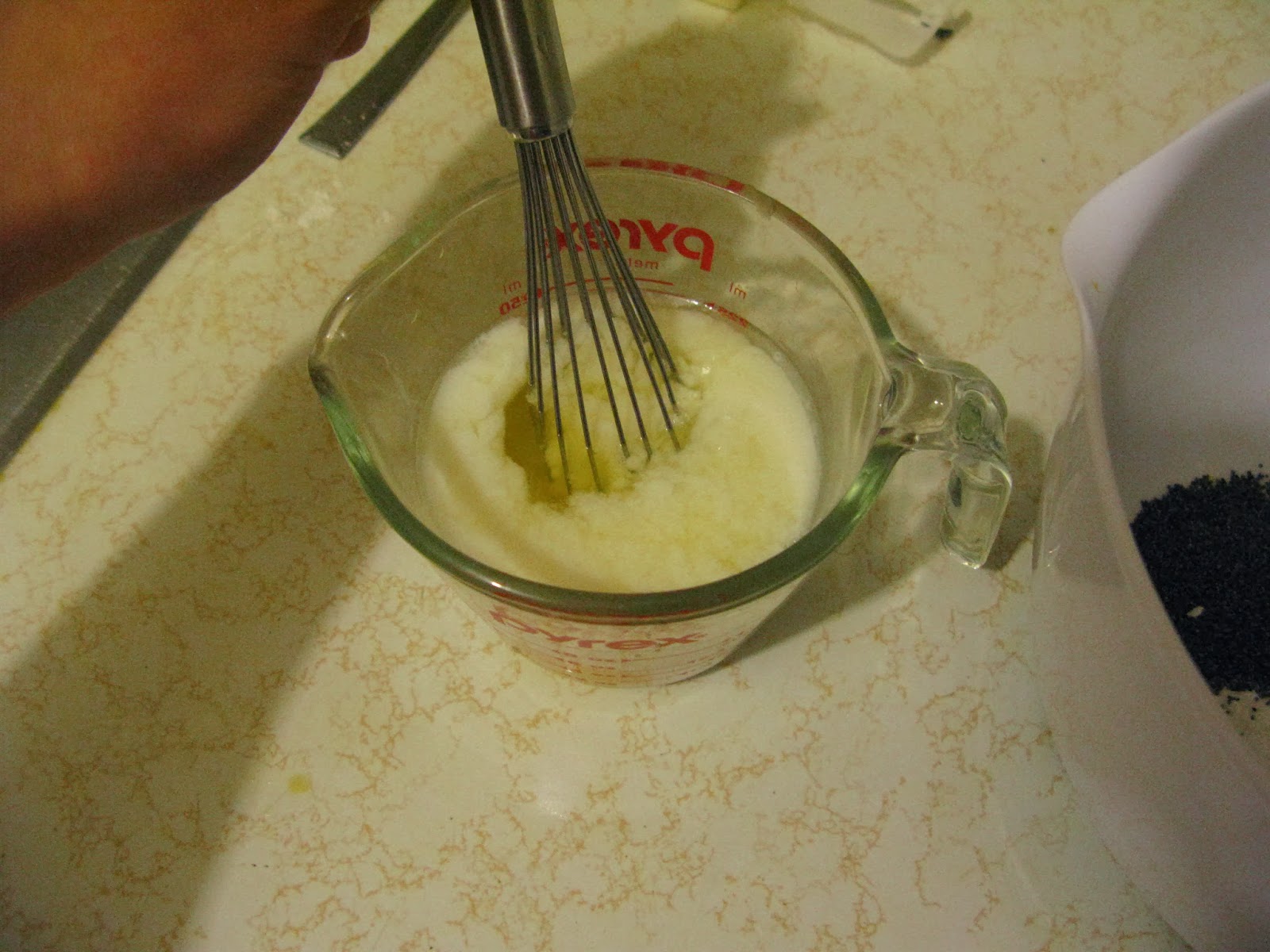 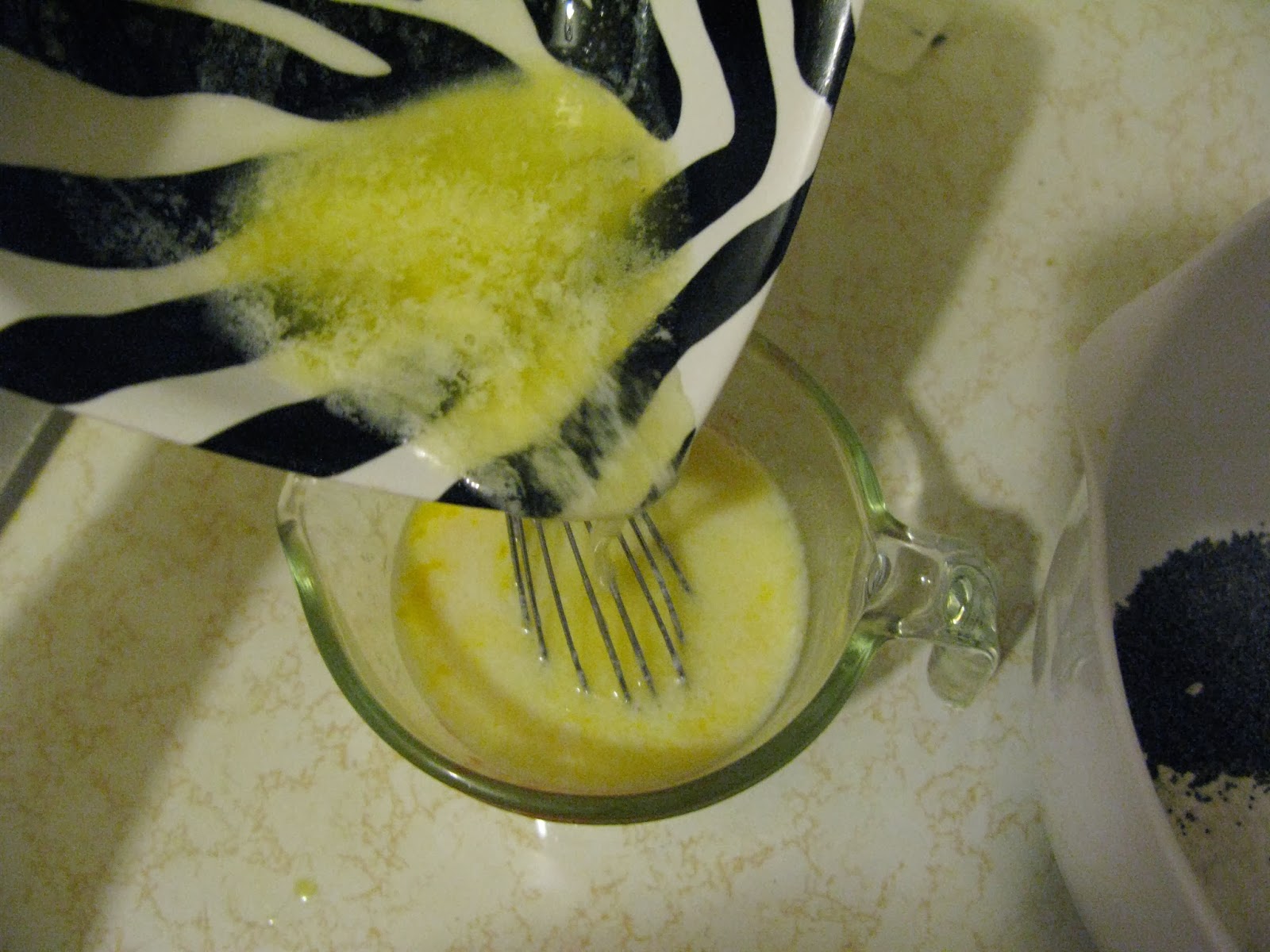 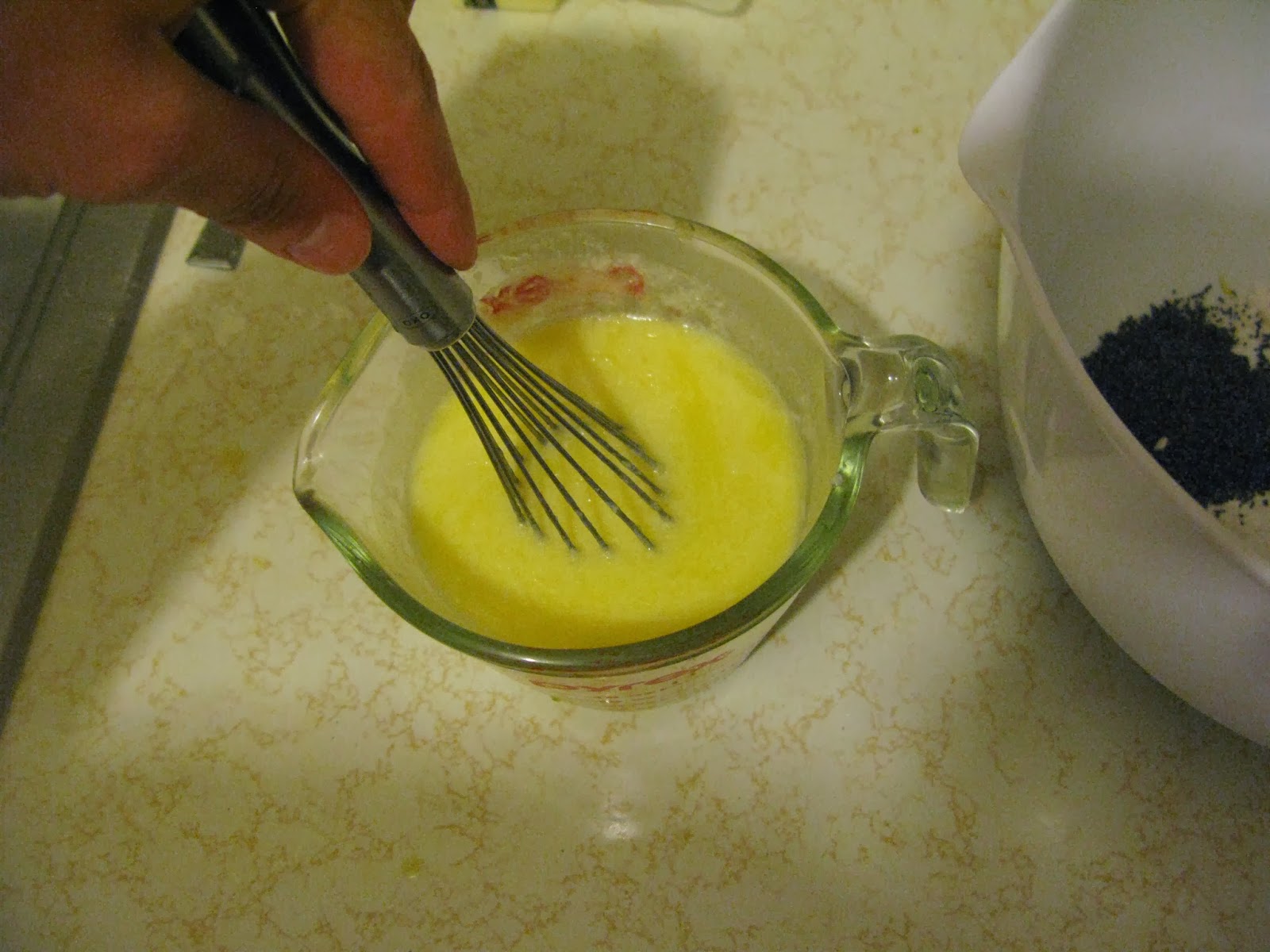 I poured the liquid ingredients into the dry and stirred until there were no lumps. 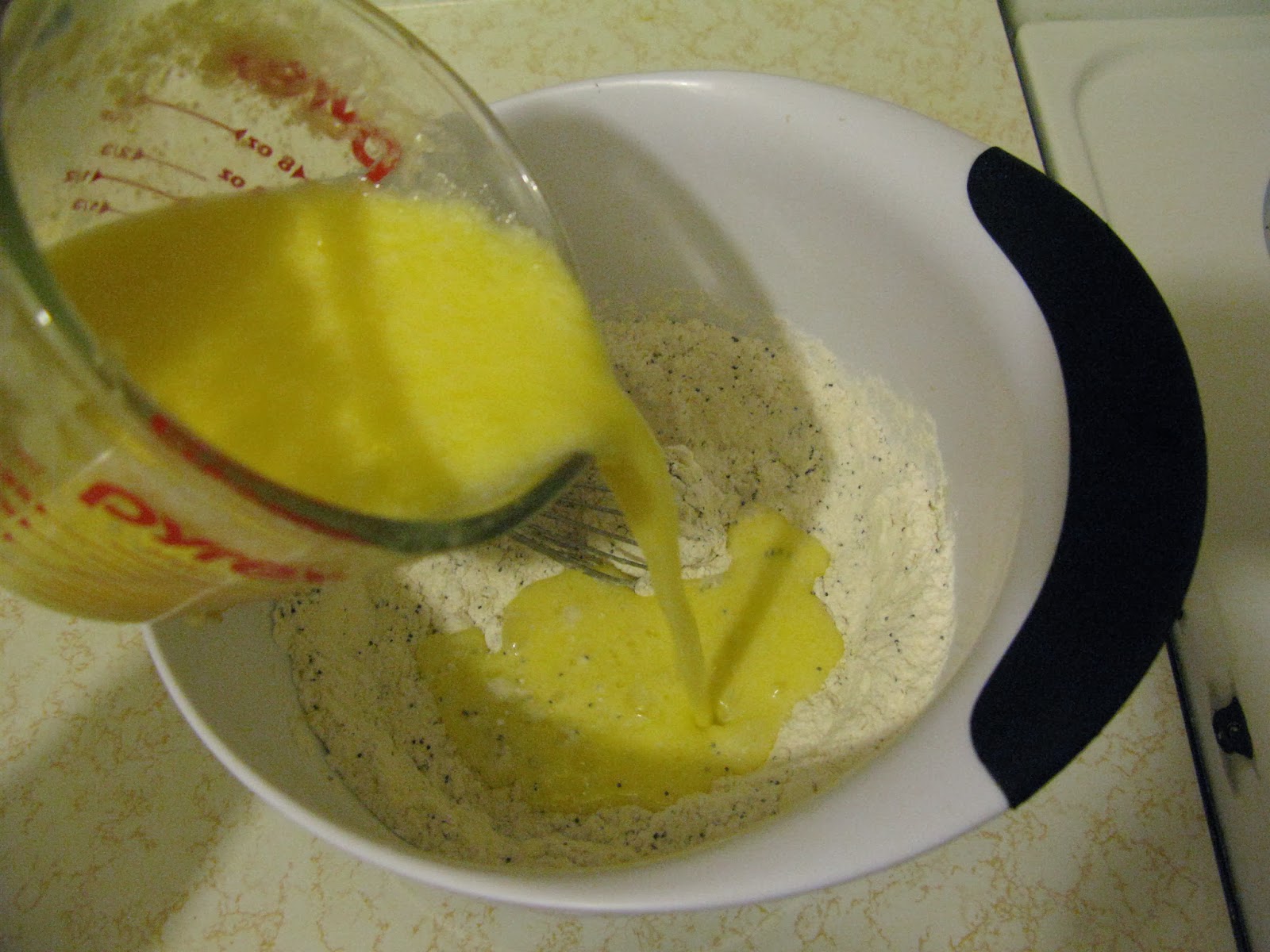 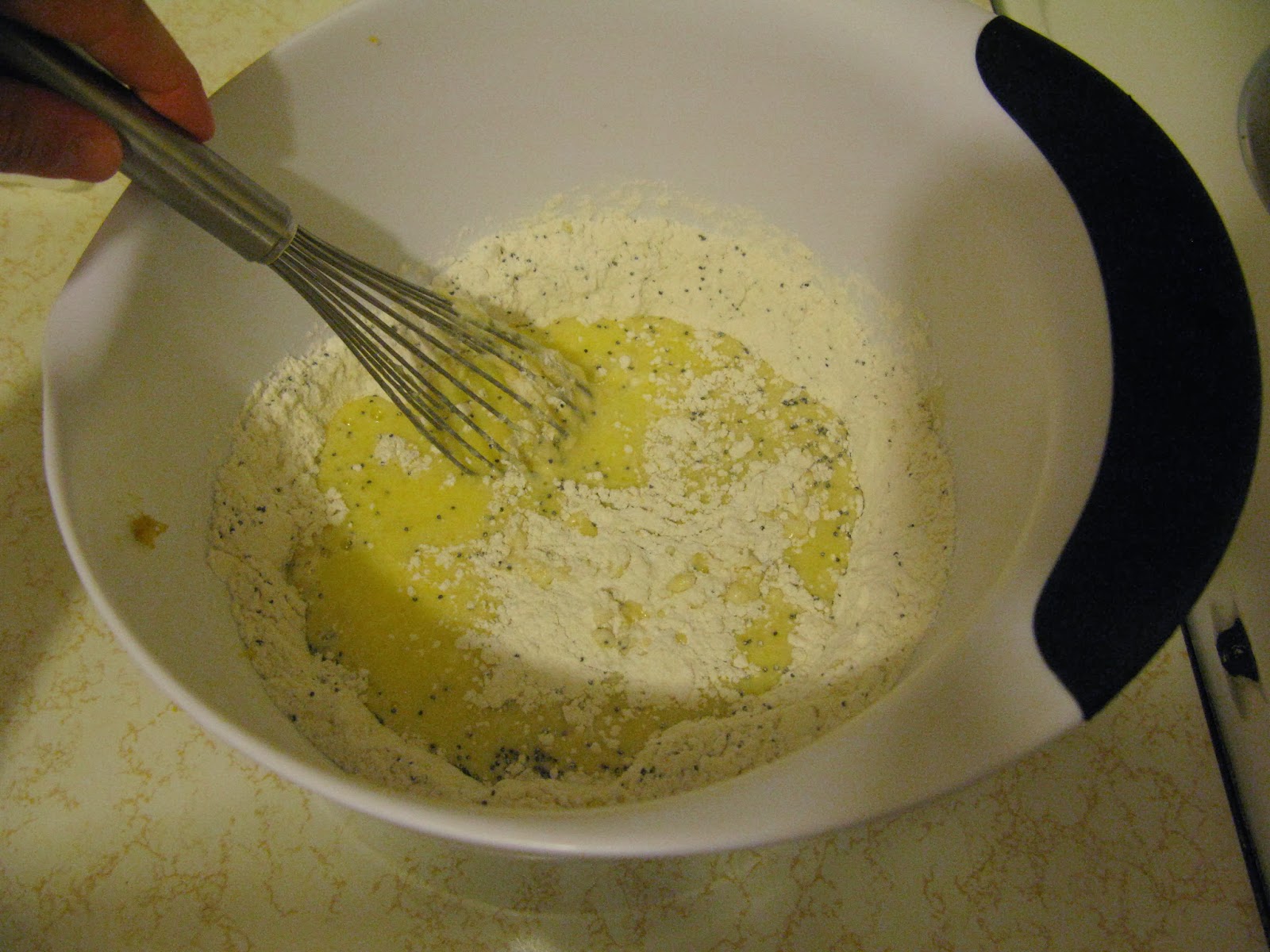 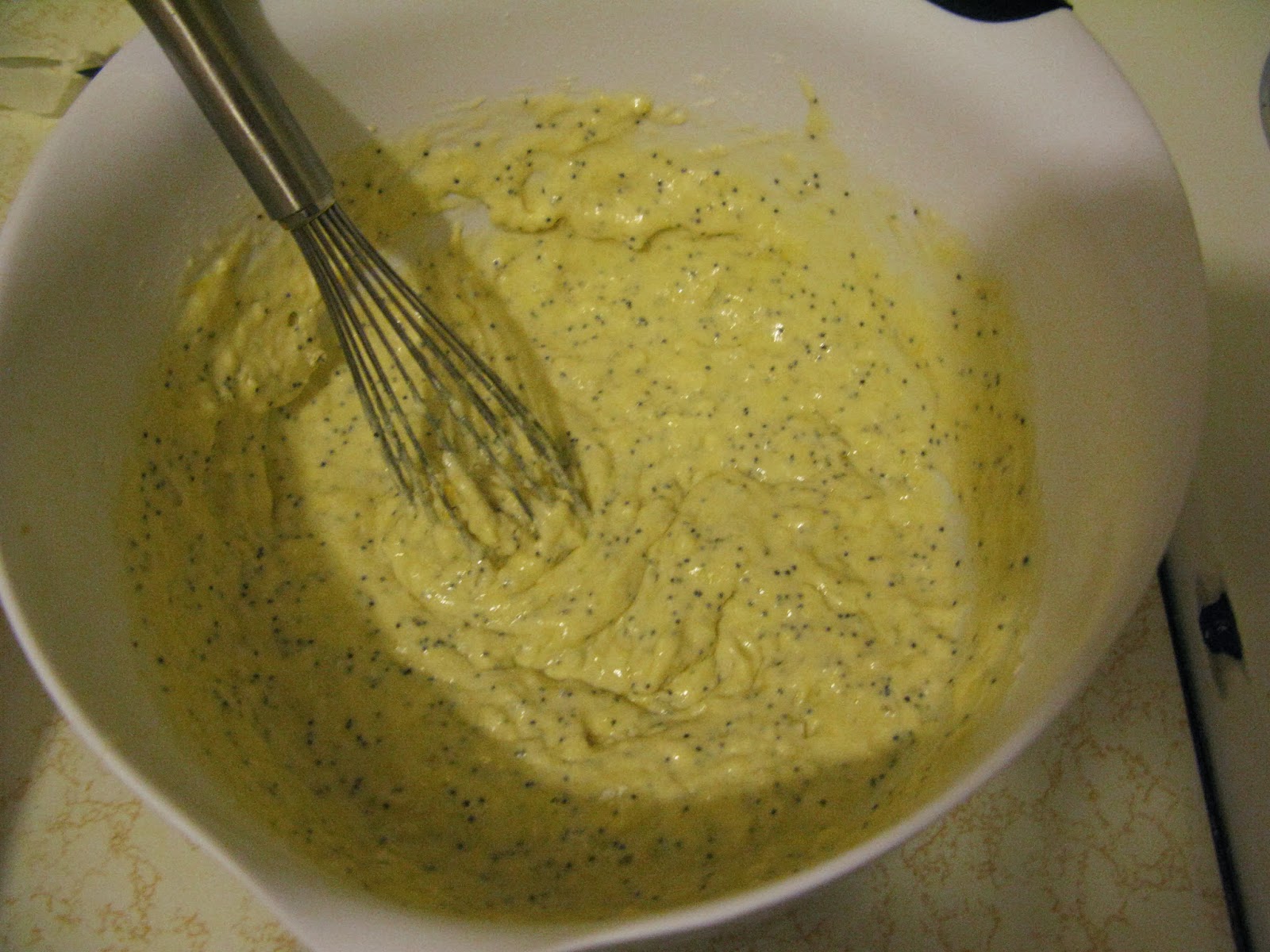 I added a little butter to the frying pan. Once melted, I added about ¼ a cup of batter. 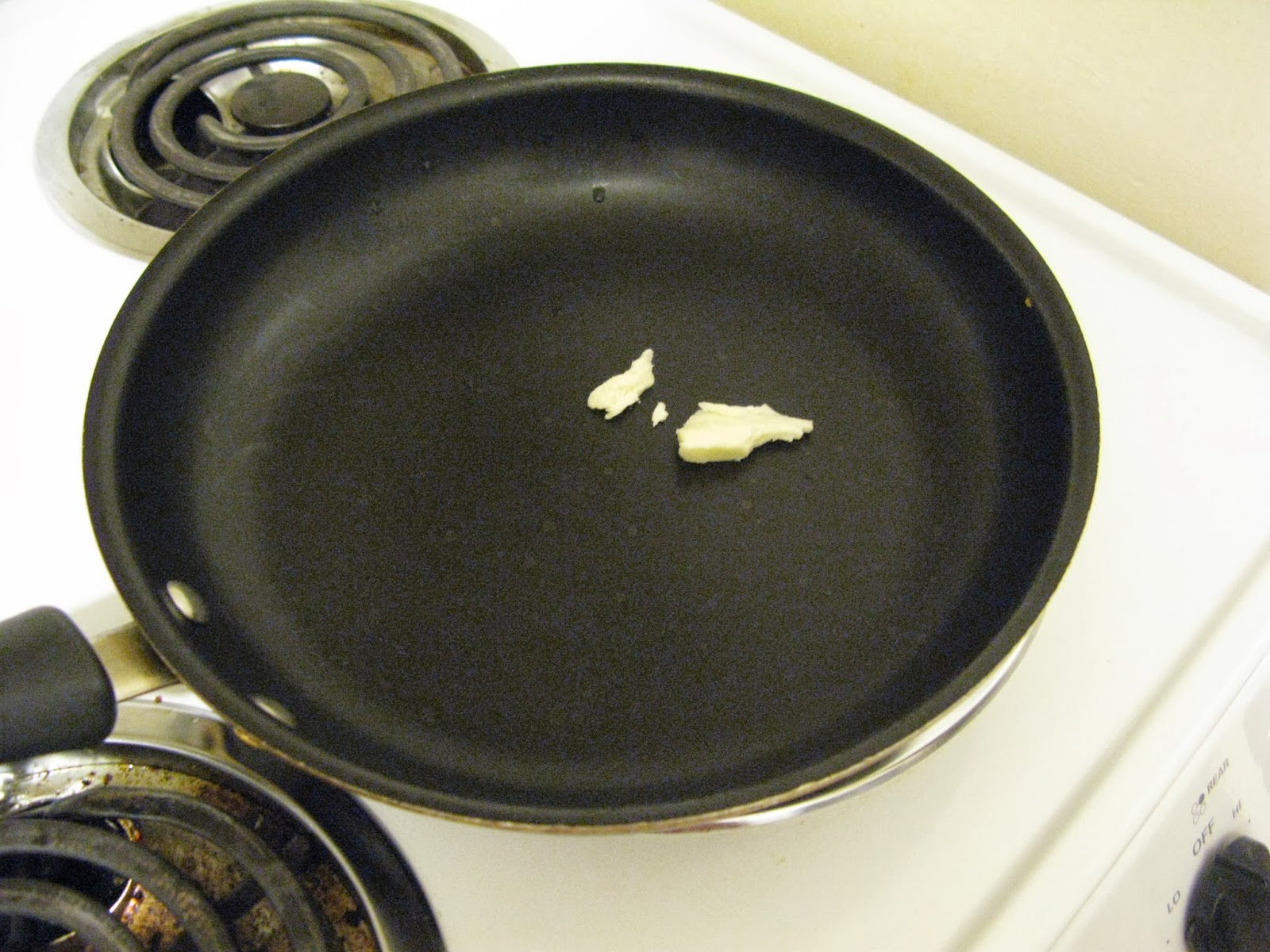 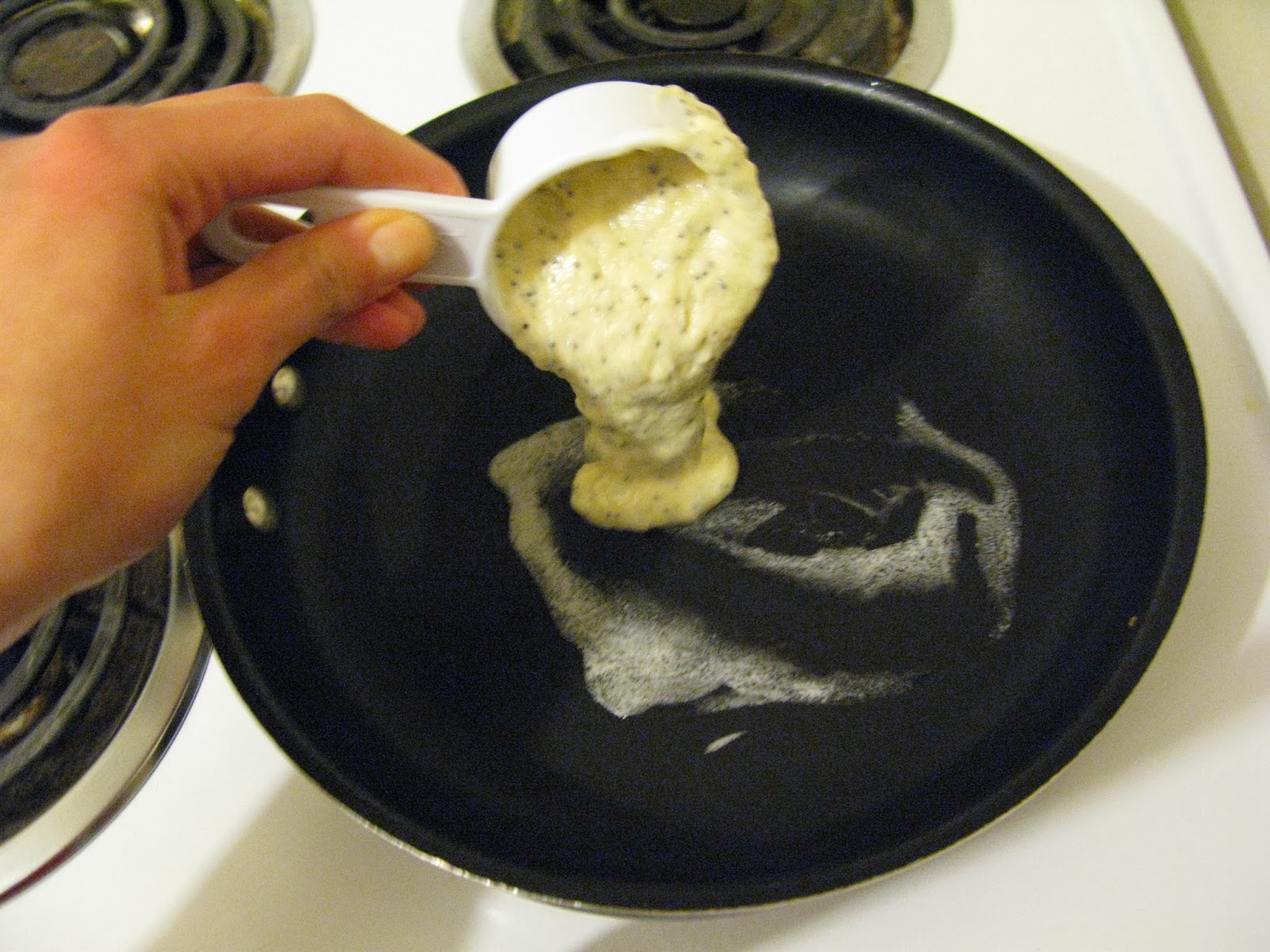 Once little bubbled started to form near the center of the pancake, I flipped it. The original recipe says it makes 8 pancakes, but I only made 6. 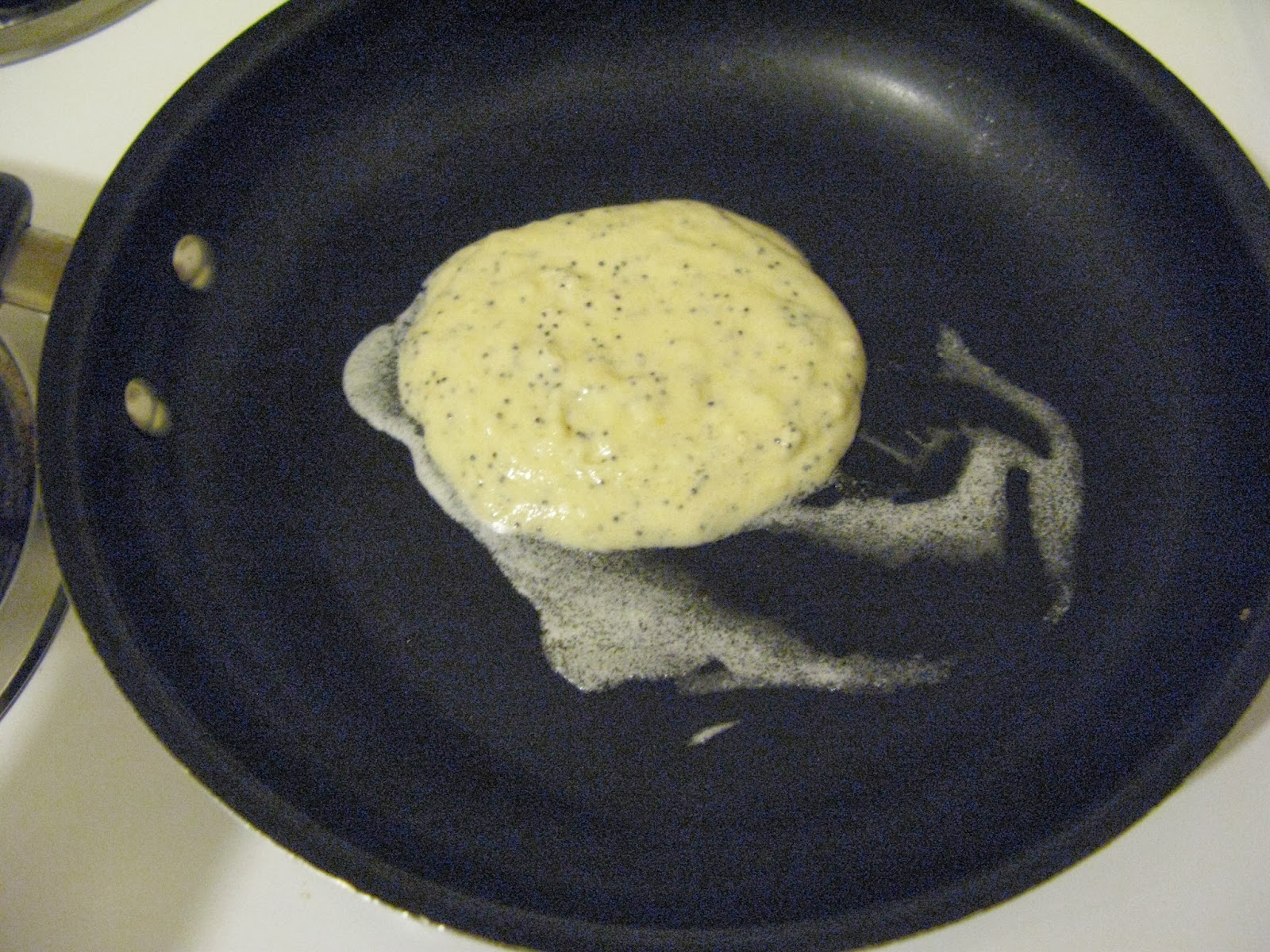 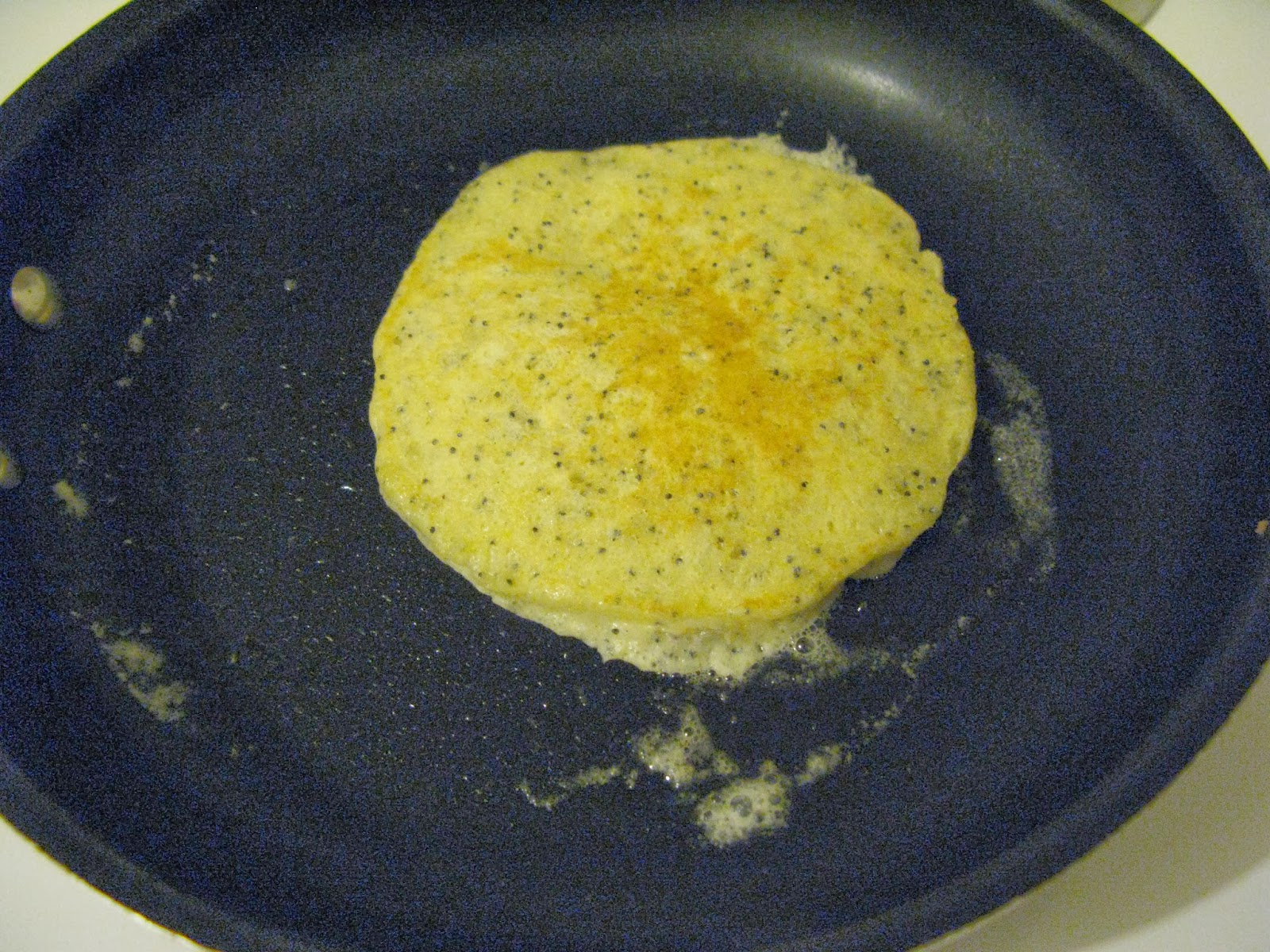 I ate my pancakes with raspberry fruit spread, which was an excellent combination. 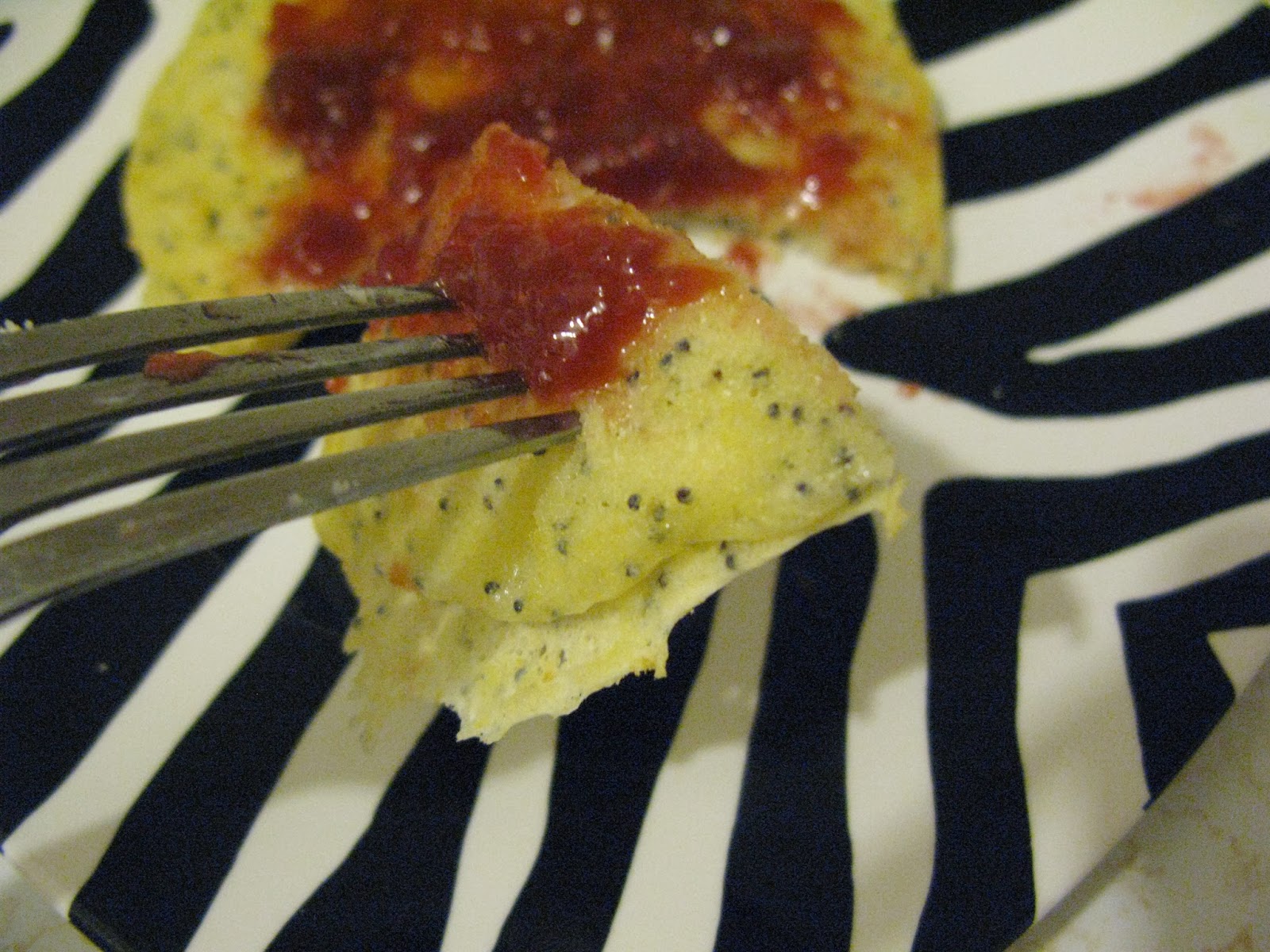 These were fluffy and light. The original recipe was highly rated. The lemon was a little too subtle for my taste. I wanted a strong lemon kick. Next time I’ll double the amount of zest and juice. 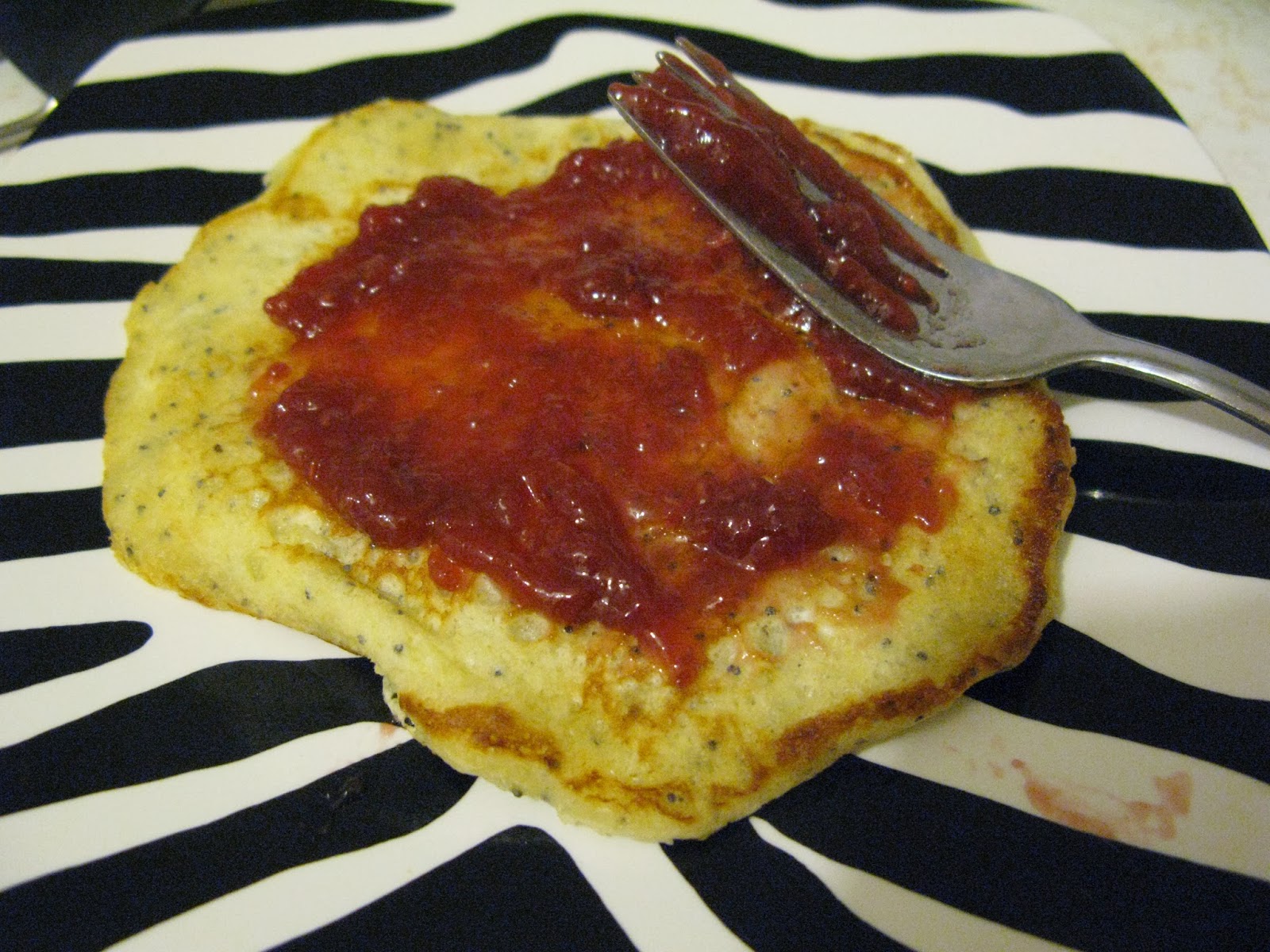