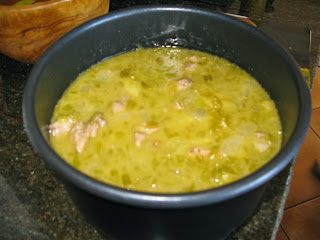 This is the last recipe I did at home.  It's appropriate that it is one of the foods, like peaches, waffles, and lamb stew, that remind me of my father.  He really loves green chilies.  He frequently makes this stew and eats it for lunch at work.  There is a restaurant in a partially uninhabited town called East Carbon that sells green chili burritos, and my father has a soft spot for them.  I'm actually not sure the restaurant is still open.


My father began by cubing the pork roast.  He has a deft hand, the consequence of years of practice.  I almost typed the work delft instead of deft.  It isn't a misspelled word because Delft is a city in the Netherlands. 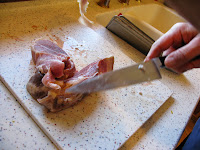 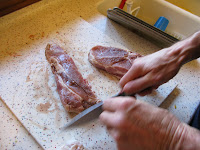 This pig was purchased from my cousin once removed.  He had three pigs.  I believe their names were breakfast, lunch, and dinner.  I believe my parents bought breakfast. 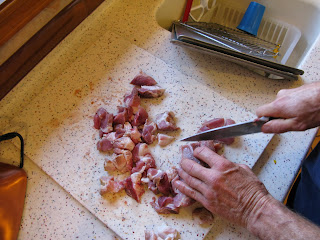 He browned the pork roast.  It wasn't cooked through at this point. 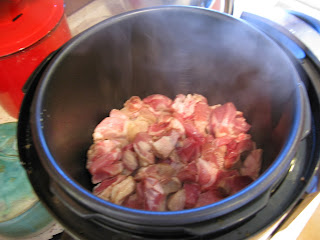 While the meat was browning he chopped the onions and potatoes. 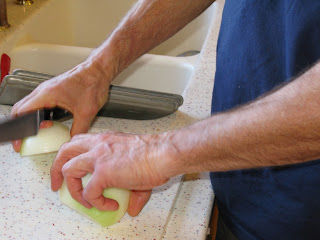 Once the meat was browned, he removed it from the pan.  He added the potatoes, onions, garlic powder, salt, flour, and extra virgin olive oil.  He proceeded to brown the potatoes and onions. 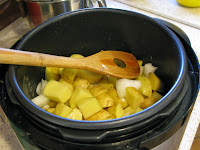 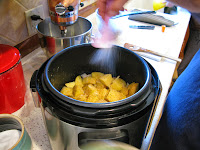 When the potatoes had become a nice caramel brown, he added the green chiles and browned pork. 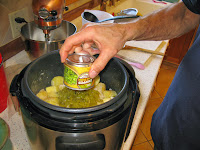 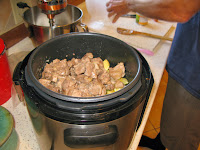 He stirred the ingredients. 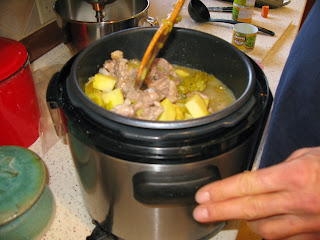 We cooked the stew in a pressure cooker for 20 to 30 minutes.  This could be done on a large pot on the stove.  On the stove you would heat the stew until everything was thoroughly cooked. 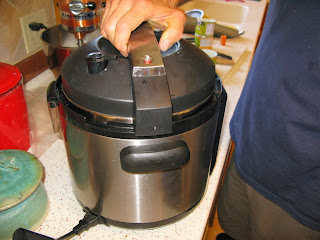 This pot of stew might not be the most beautiful picture ever posted on a food blog, but it is comforting and satiating.  My father is a stew connoisseur, and this is one of his favorites.  He regularly makes a big pot and eats it at lunch for a week.