While speaking to my sister earlier this week, she told me her children strongly prefer fresh green beans to canned or frozen.  Additionally, their favorite way to eat green beans is with a mustard dressing.  When I went to the store today, green beans were on sale, and so I decided to recreate my sister's magical mustard green beans.  I think she uses dill as well, but I am not certain.

According to Wikipedia wine vinegar, not surprisingly, is made from wine.  It is made up mostly of acidic acid, a weak acid, and water.  Higher quality wine vinegars can be matured for over two years.  This type of vinegar is the most common type used in the Mediterranean area and Central Europe. 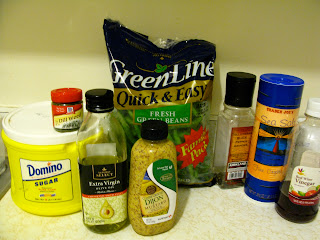 I began by boiling of cup of water.  I reduced the heat and simmered the green beans for a little less than 8 minutes.  I stirred once or twice during the 8 minutes.  The beans still had a crispy bite because I don't like mushy vegetables. 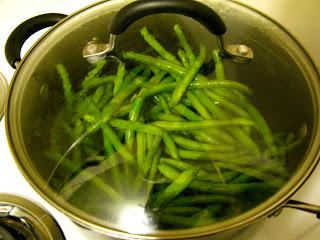 While the green beans were cooking, I added the mustard, red wine vinegar, water, sugar, salt, dill, and pepper into a bowl.  I whisked all of these ingredients. 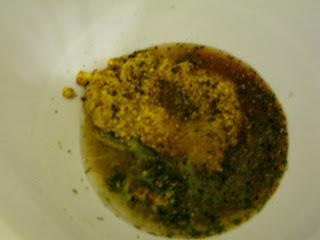 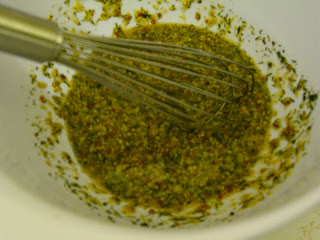 I slowly added the extra virgin olive oil while whisking.  This isn't a great picture, but I feel compelled to include a picture of me gradually adding the oil. 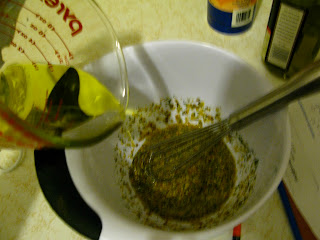 This type of olive oil and vinegar dressing is called a vinaigrette.  The olive oil and vinegar will separate shortly after you stop whisking.  The emulsion, combining two ingredients that naturally repel each other, is temporary.  Apparently the ratio of oil to vinegar should be 3 to 1.  The ratio in my recipe is 2 to 1. 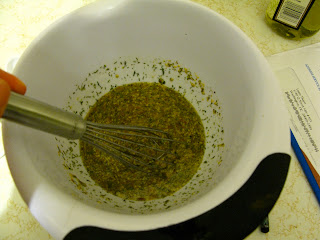 By this time the green beans were cooked.  I tasted the dressing and decided it needed a little more salt.  I initially only added 3/4 of a teaspoon but  used 1 1/2 teaspoons in the end. 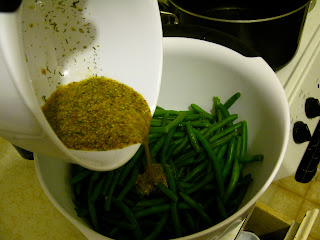 I stirring the dressing into the green beans. 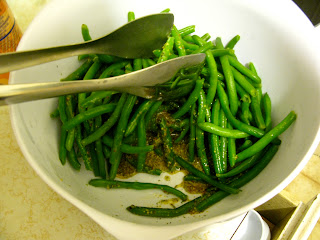 This is very flavorful.  Some might feel the dressing was a little too heavy.  I have eaten this dish warm and cold, and in both states the dish is appetizing. 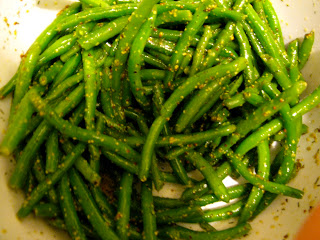 You are probably right. I might have to go back and change that.