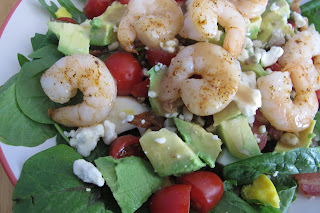 This isn't the most festive recipe for December, but we need to do everything in moderation.  After all the sugar and decadent food at holiday parties, you may be in need of a healthy yet yummy salad. 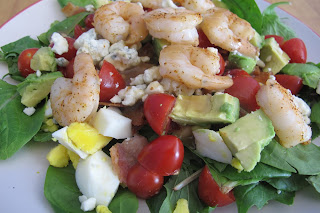 Of course, I added copious amount so of bacon and cheese, so this may not be the healthiest of salads.  How are your Christmas preparations going?  I have most of my gifts purchased.  I really only need to buy one more. 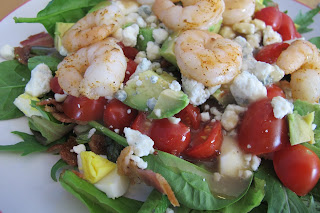 I had hoped to have finished a knitting project in time before Christmas, but it may end up being an after Christmas gift.  Knitting takes me a little longer than it should.  I'm still very much a beginner knitter.

This project has made me realize that I enjoy knitting at church during Sunday school.  I can still pay attention to the lesson, but it keeps my hands from being idle.  It also prevents me from looking at social media on my phone. 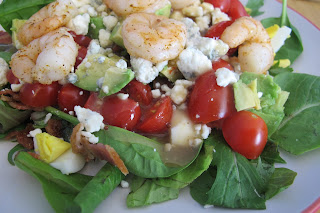 Cobb salads are probably my favorite salads.  I like the bacon, blue cheese, and avocado.  I pretty much like all the unhealthy aspect of this salad.  I didn't use a recipe for this, but there are loads of shrimp Cobb recipes online. 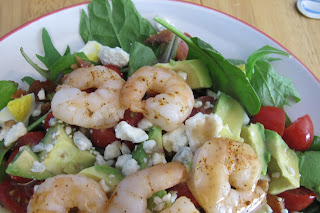 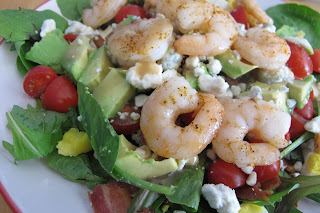 To assemble the salad, I placed the spinach on a plate.  I added a chopped egg, and chopped bacon.

I added cherry tomatoes sliced in two, have of a cubed avocado, and blue cheese. 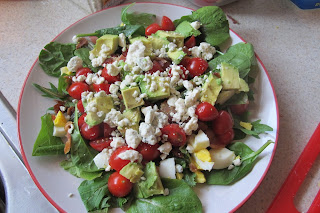 I placed the shrimp on top and then drizzled the whole thing with salad dressing.

This was a scrumptious salad.  It was bright and flavorful. 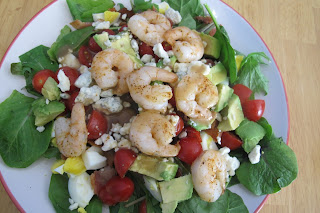 It had creamy avocados and eggs.  It also had crisp and greasy bacon.

The shrimp was tender and perfectly cooked.  The bacon grease and cajun seasonings gave it some kick and flavor. 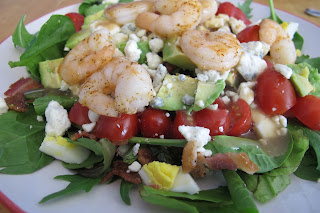 The tomatoes and spinach were light and fresh.  It had a great balance of flavors and textures.  The cheese was sharp and tangy.  The honey mustard dressing paired well with all the other ingredients.  It was sweet and spicy. 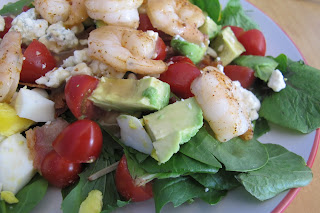 It was a tasty and beautiful salad.  I ate it for several days and never tired of it.  I kind of wish I was eating this for dinner right now. 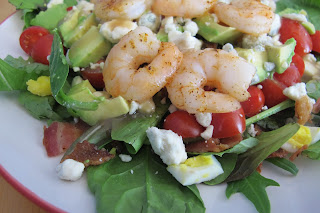