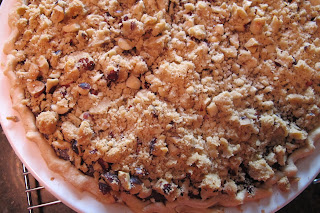 Is it still appropriate to make and eat pumpkin pies?  I think so.  I believe pumpkin is a winter vegetable.  I'm a big fan of pumpkin anyway, and I think it should be eaten more regularly.

I made this yummy pie with my sister.  It was her idea to use hazelnuts instead of pecans.  Impressively, my parents had both types of nuts.  After we made this pie, my sister pained Christmas trees and candy canes on my toe nails.   She's an artist! 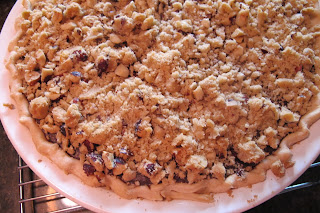 Pumpkins are a squash.  They are also indigenous to North America.  The older pumpkin seeds were found in modern day Mexico.  They date back to between 7000 and 5500 BC.  The English word pumpkin comes from the Greek word pepon, which means large melon. 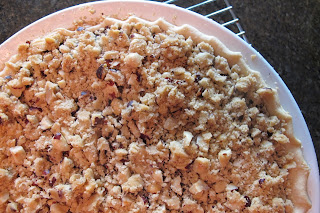 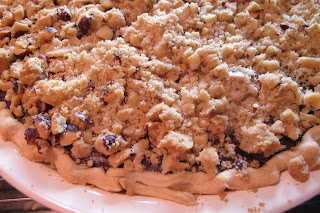 The chocolate pumpkin pie recipe came from Michael Symon.  The crumble topping came from Food Network.  We used hazelnuts instead of pecans. 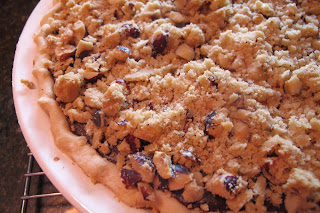 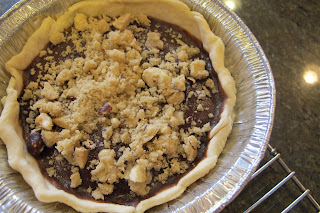 We first added the butter and chocolate into a saucepan and melted them together over low heat.

I mixed these ingredients together until combined. 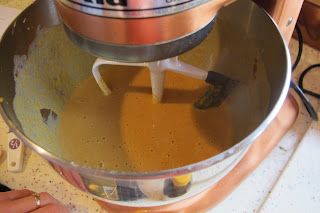 I folded in the melted chocolate. 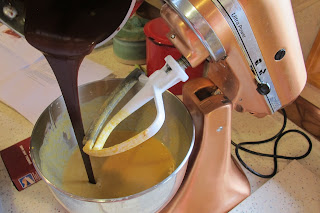 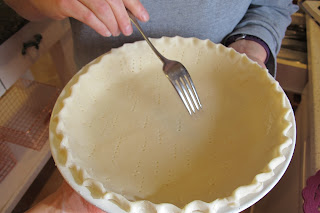 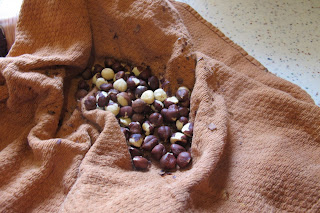 For the crumble topping, we added the flour, brown sugar, and butter into a bowl.  We crumbled these ingredients together until.  We chopped the hazelnuts and stirred them into the crumble.

We sprinkled on the crumble mixture and baked the pie for another 24 to 30 minutes. 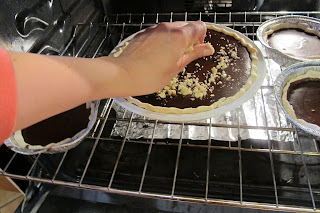 We had a little extra filling and crumble, so we made a couple of mini pies. 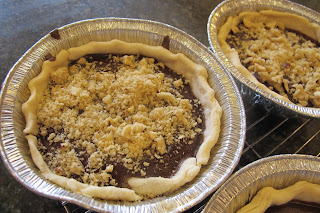 We let the pies cool completely before digging it.  These were scrumptious pies.  The crumble was buttery, sweet, and caramelized. 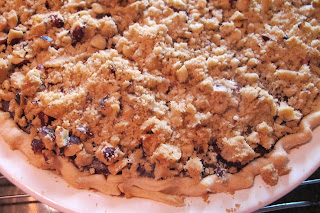 The filling was custardy and smooth.  It had a velvety texture. 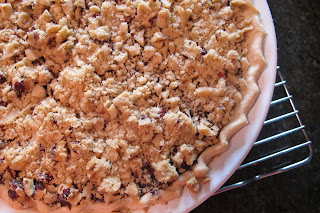 It had a strong pumpkin flavor.  You could also taste the warm and inviting spices. 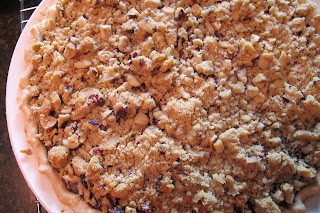 The chocolate was present but a little to light for my preference.  I like a dark and deep chocolate taste.  The chocolate and hazelnut were a excellent combination.  It was delicious even though the chocolate flavor was too subtle. 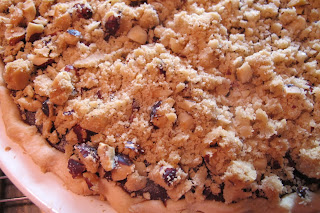