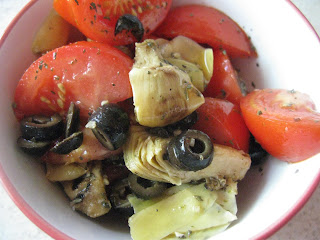 I have been determined not to sun burn this summer.  Every time I am in the sun for an extended period of time, I reapply sun block religiously. 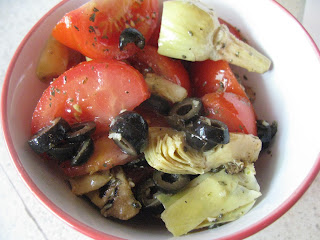 Until yesterday, I had not sun burned this summer.  I don't reapply sun block on my legs as frequently because they don't get direct rays.  Yesterday I laid on a tube for a few hours while floating down a river.  My legs are lobster red and hot. 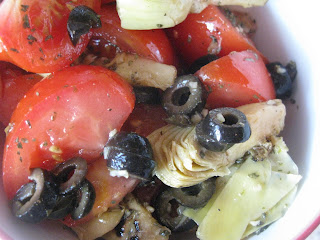 I'm going to have two strips of tan skin going down the front of my legs.  Cool. 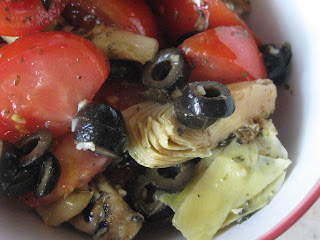 What do you known about artichoke?  The edible part of an artichoke is the bud before it flowers.  The bud is corse and inedible once it flowers.  It comes from the Mediterranean area.  A variant of the artichoke was eaten by the ancient Greeks and Romans. 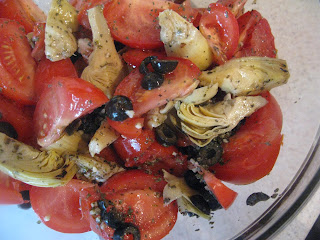 The artichoke came to America through Spain and France.  The French brought the artichoke to Louisiana, and Spain brought it to California.  Almost all artichokes grown in America are grown in California. 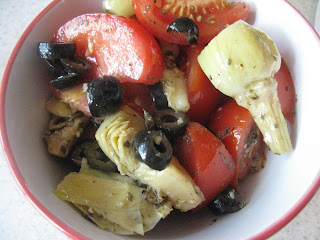 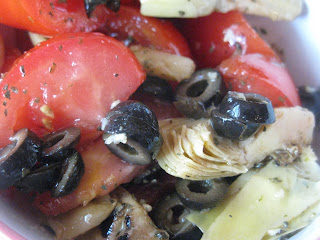 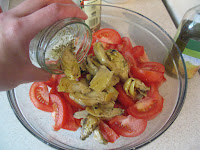 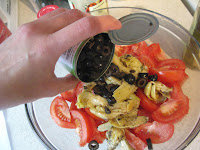 I whisked the basil, apple cider vinegar, garlic, and olive oil together. 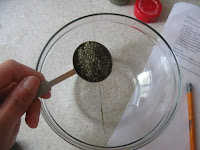 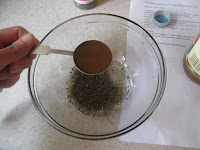 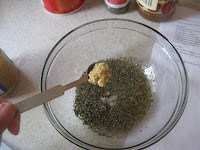 I poured the dressing over the salad and stirred well. 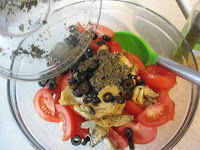 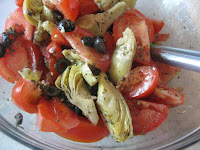 This salad had superb flavors.  The tomatoes were local, vine ripe, and plumb.  The artichoke were chewy and packed full of herb flavor. 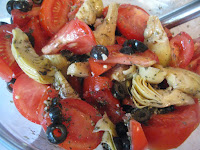 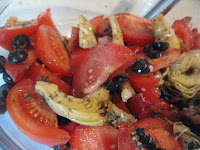 The olives were salty and briny.  The dressing was a little bitter from the vinegar.  The basil paired well with the vegetable combination. 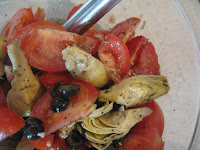 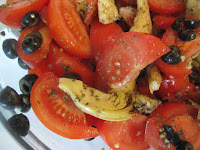 It was a satisfying, light, and appealing salad. 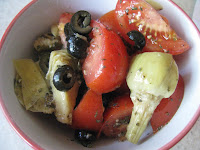 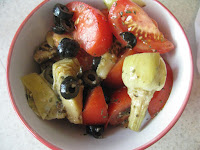 It's a great salad for a pack lunch or picnic because it's best at room temperature. 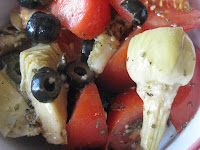 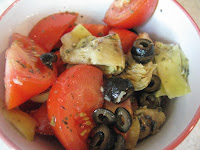 This sounds like such a great summer salad - yum!

Thanks Phi! It was a yummy summer salad!