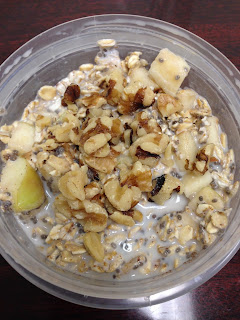 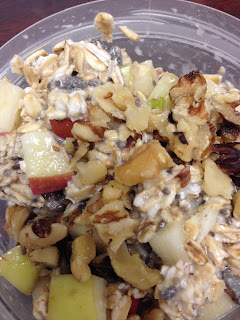 Yesterday I went to a Harry Potter festival in Pennsylvania.  The festival was fun.  There were many clever and detailed costumes.  The festival was located in the town's main street.  Some of the stores added names to their storefronts from the book. 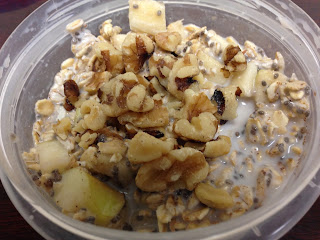 The festival was located in an adorable city.  The main street had cobblestones.  The stores were so quaint and charming.  The homes were beautiful and regal. 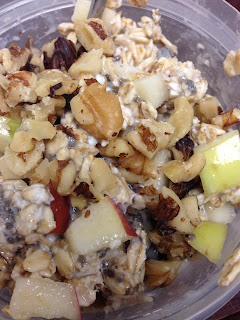 My least favorite parts of the trip were the traffic getting to the event and the crazy crowds.  The streets were packed, and every activity and venue had a line.  One of my friends waited over an hour to get a personalized Hogwarts acceptance letter. 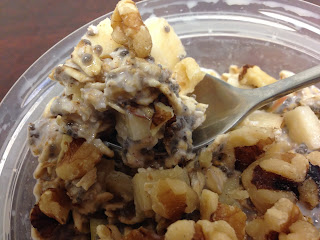 It is starting to feel like fall around here.  The weather is crisp, and the leaves are starting to change.  It is the perfect time of year for a hearty breakfast. 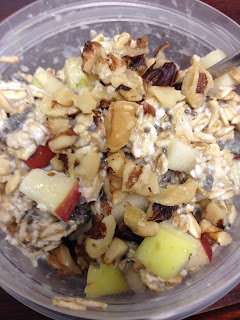 This overnight oat recipe is particularly appropriate for this time of year because it is packed full of apples.  I found the apple pie overnight oats recipe at popsugar.com.  I added more apples than directed.  I also used almond milk instead of soy milk. 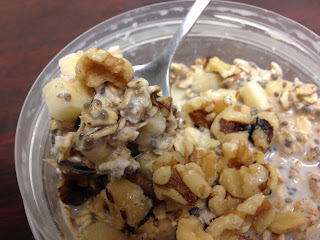 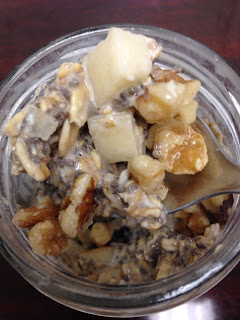 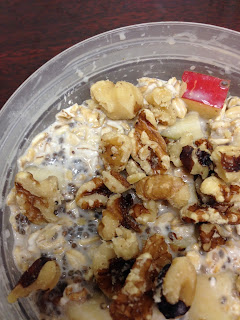 I added the chopped apple, oats, and chia seeds to a jar.

I added the syrup, cinnamon, salt, and almond milk to the same jar.

I stirred up the oatmeal and let it sit overnight.  The next day I added walnuts. 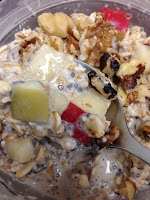 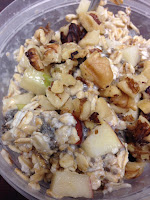 This was a scrumptious and delicious breakfast. 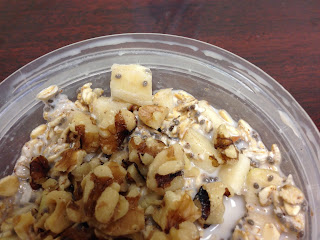 It was hearty, nourishing, and filling.  It stuck with me and kept me sated until lunch. 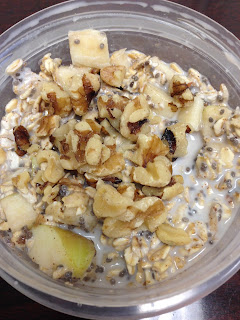 The flavors were festive and cosy. 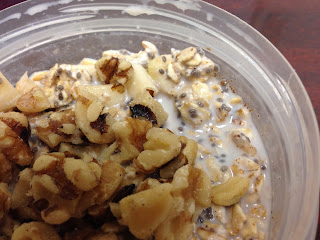 The oatmeals became so creamy and soft overnight.  It was delightfully smooth. 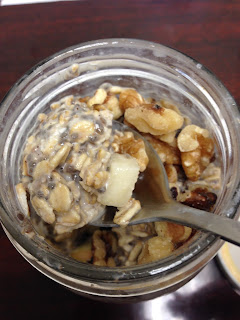 The apples were crisp, and the nuts were crunchy.  It was a delightful and pleasurable breakfast. 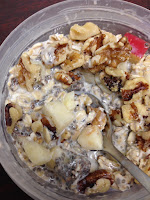 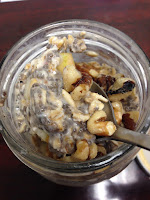 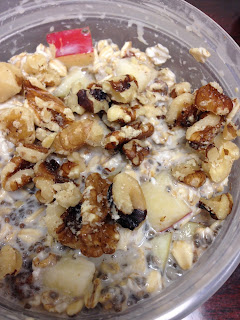