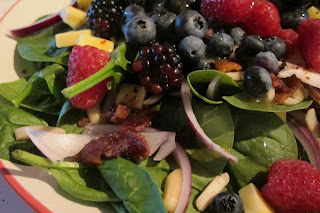 What a beautiful salad! It is colorful and bright.  It is packed full of delicious berries. 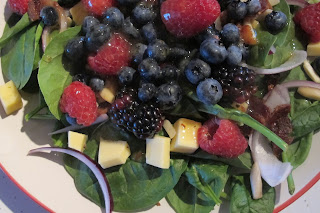 I used blueberries, raspberries, and blackberries in salad.  Raspberries are perennials and are planted in the winter.  They are grown in colder climates.  The chilly weather is essential for the buds to break. 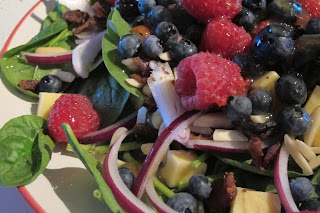 There is a technique where raspberries are planted in colder climates to get the requisite chill, and the unrooted to a warmer climate to get earlier crops. 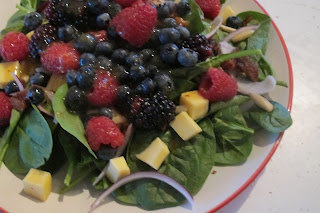 Blueberries are also perennials.  They are native to North America.  Blueberries need acidic soil to grow.  In the United States, Washington state produced the most blueberries. 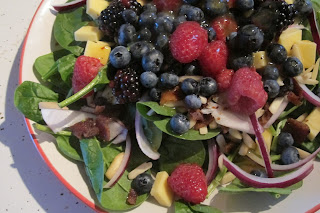 The blueberry harvest in North America usually stats in May and ends in late summer.  In the past, blueberries were picked by hand, but some modern farmers have machines that shake the blueberries of the bushes. 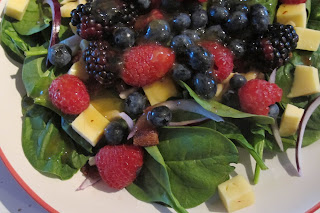 Blackberries are full of fiber, vitamin K, and vitamin C.  Mexico is the largest producer of blackberries.  Much of Mexico harvest is exported to North America and Europe. 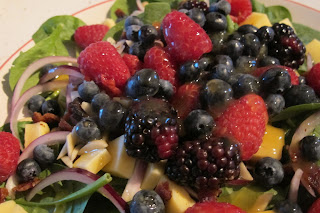 Did I share too much about berries? I'm sure I did. 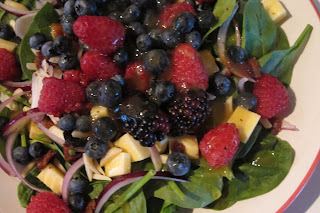 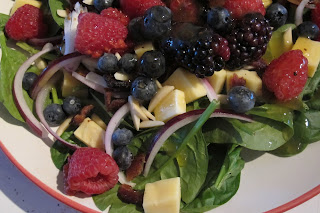 I rinsed and drained the berries. 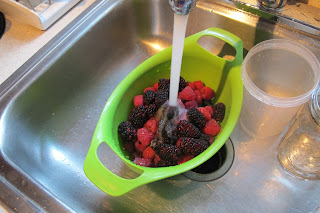 I removed the wax from the gouda and cut it into cubes.  I thinly sliced the red onion.

I baked the bacon for 12 minutes at 400 degrees.  It was crispy, but I like crisp bacon.  I cut the bacon into coarse pieces. 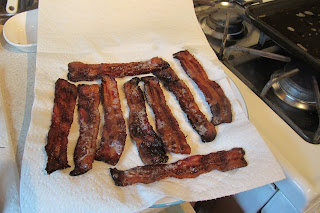 To assemble the salad, I laid down some spinach, sliced onions, and gouda. 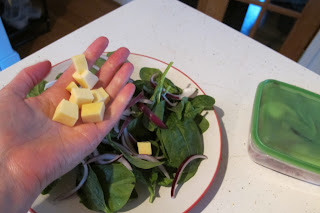 I added bacon and almonds.

I added mounds of blackberries, raspberries, and blueberries. 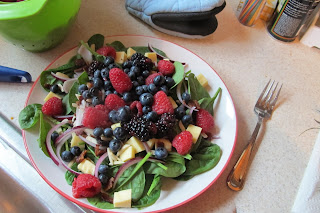 I drizzled on some peach vinaigrette.  It was delicious and very appropriate for this salad. 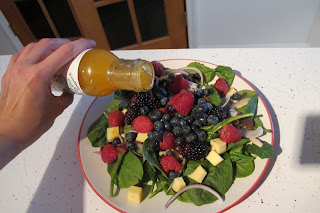 I made about 5 servings with these ingredients. 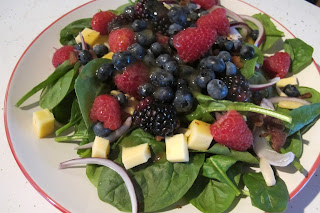 The flavors were fresh and light. 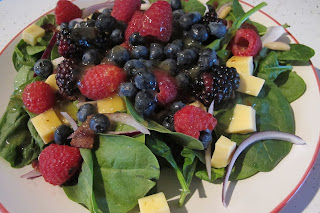 There was a balance of sweet and savory.  The berries and dressing were sweet.  The bacon was smokey, and the onion was pungent. 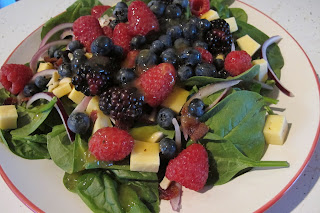 The gouda was mellow and creamy.  All the ingredients paired well together.  There was variety in the texture. 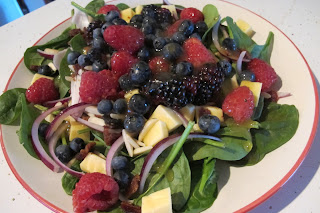 It was a delightful and exquisite salad. 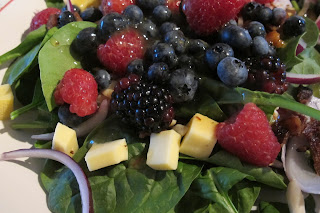 It was healthy and flavorful. 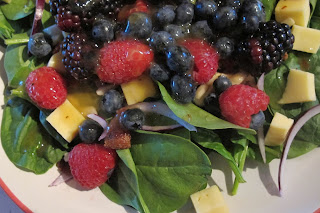 It was beautiful to looks at and very tasty. 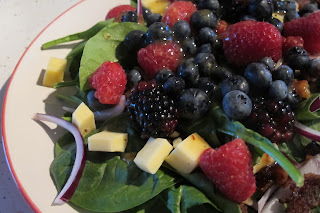