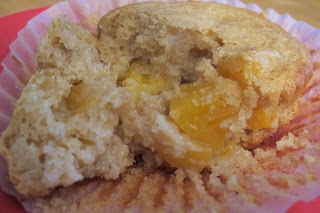 I went to Aldi's a couple of days ago with a friend.  Neither of us had been before.  I had heard good things about the store, but I wasn't sure what to expect. 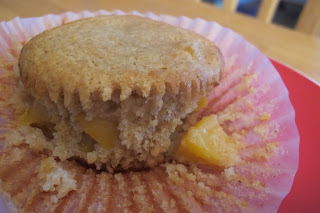 It wouldn't be a good grocery store to visit if you were looking for a specific item.  They have a random assortment of odds and ends.  I'm sure they always have the basics, like flour and butter.  When I went, they also had things like jalapeño cheese curd, chorizo, and proscuitto. 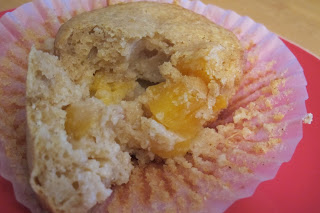 Maybe they always carry jalapeño cheese curd.  How would I know?  I can tell you one thing: that place is cheap.  They sold a dozen eggs for a dollar.  My friend and I both bought way more than we planned or needed. 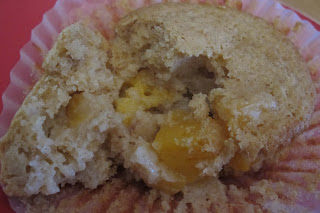 She bought a few containers of humus and two watermelons, while I bought three bags of chocolate chips.  At least she bought too many healthy items. 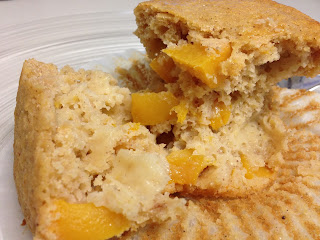 I probably won't go there too often because it's too far away, but it is fun to explore a new grocery store.  My mom , and I'm sure many others, does not like grocery shopping, but I do.  I don't even mind going to the grocery store more than once a week. 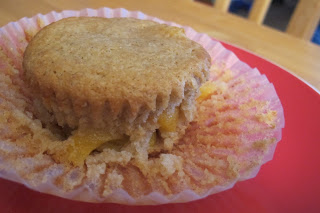 It has been awhile since I baked muffins.  I don't know why because muffin are the perfect make ahead breakfast.  It's nice to have a few in the freezer when you run out of oatmeal too. 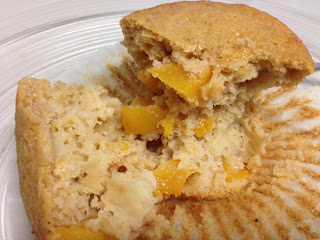 The original recipe came from allrecipes.com.  It called for blueberries instead of peaches.  I doubled the amount of fruit.   I added cinnamon and vanilla.  I also browned the butter. 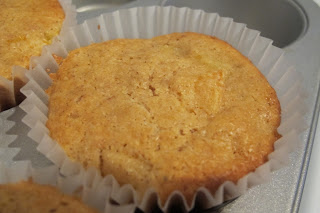 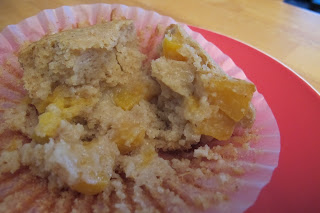 To brown the butter, I but it over medium high heat until it the color had caramelized, and it smelled nutty.  The smell of caramelized butter is amazing. 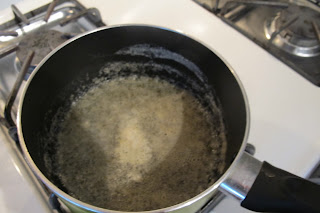 I whisked together the flour, cornmeal, brown sugar, salt, baking powder, and cinnamon.

I added the chopped peaches to the flour mixture and stirred.  I used canned peaches, but fresh would have been infinitely more delicious. 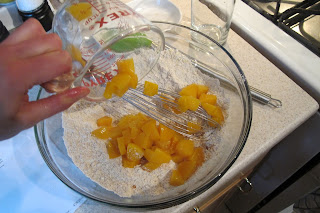 I added the milk, egg, and vanilla extract to the caramelized and slightly cool butter.

I added the liquid ingredients to the flour and peach mixture. 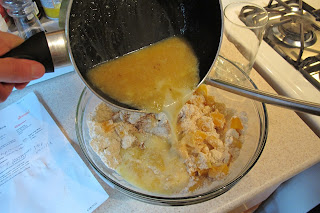 I stirred until there were no lumps of flour and everything was incorporated. 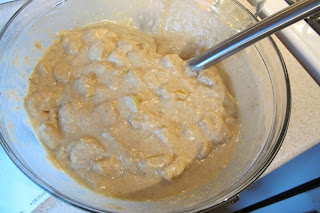 I scooped out the batter into a muffin tin lined with muffin liners.  I used large muffin liners and only made ten muffin instead of 12.

I let the muffins cool in the pan for ten minutes before removing them and letting them cool completely on a wire rack.

These muffins were fantastic.  They had a warm, cinnamon flavor.   They were tender, but the cornmeal added a welcome, coarser texture. 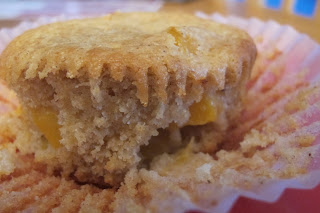 The edges were caramelized and golden.  The browned butter gave the muffins a richer, nuttier flavor. 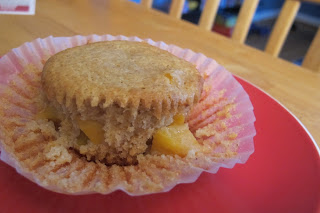 The peaches softened and became more jammy in the oven. 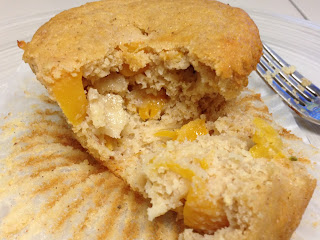 My one complaint is that after a few days the peaches made the muffin too soft and moist.  For the best tasting muffins, make these for a crowd and eat them within a few days. 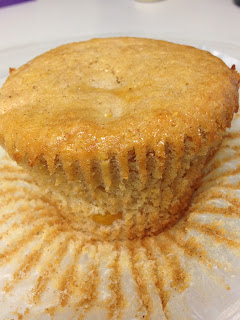 There were tasty, summery breakfast treats.  I had no problem gobbling several of them. 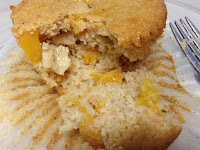 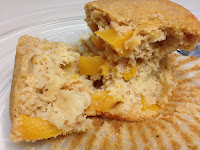 You're combining two of my favorite things!!

They are two of my favorite things too!