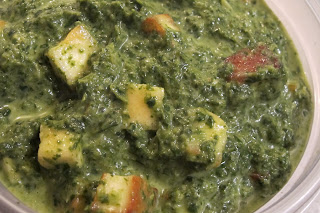 A few weeks ago, I went to an Indian cooking class in my community with a friend.  We make a few types of curry.  They were all vegetarian.  One had peas and mushrooms, and its sauce had pureed cashews.  It was delicious. 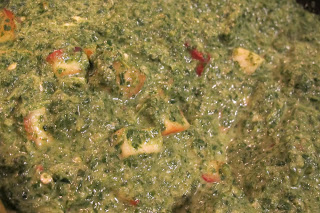 We also made palak paneer.  I have always enjoyed palak paneer in restaurants but had never made it myself until the class.  I had to look for paneer cheese a few places before I found it.  My neighborhood grocery store didn't carry it.  I bought my paneer at Whole Foods.  Too bad I don't live near an Indian grocery store. 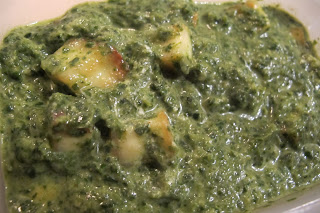 Paneer is eaten in India, Bangladesh, Pakistan, Nepal and Afghanistan.  It is made my curdling hot milk with an acid like lemon juice or vinegar.  The curds are drained and then chilled in cold water for a few hours.  It isn't aged and is unique because it doesn't melt. 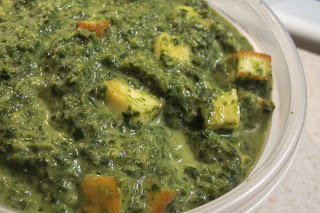 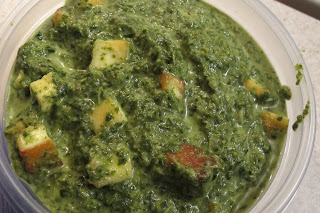 The Indian cooking class I attended provided a palak paneer recipe, and I blended it with a version I found on Food Network. 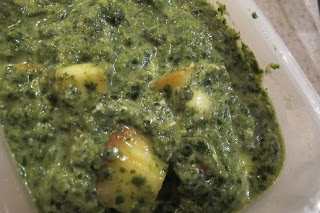 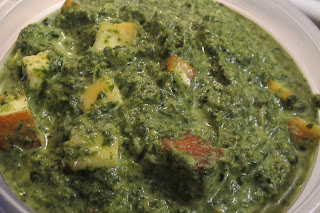 I cubed the cheese.  I put two tablespoons of the oil in a skillet over medium-high heat and browned the cheese.  This took a few minutes on each side.  I removed the cheese from the skillet and let it drain on a paper towel.

I added the remaining two tablespoons of oil to the skillet.  I added the chopped onion, grated ginger, minced garlic, and chopped Serrano pepper.  I cooked these ingredients until the onion was browned and softened.

I added the chopped and frozen spinach.  I cooked the curry until the spinach was hot and soft.  This took about five minutes.

I blended the spinach mixture with two cups of water. 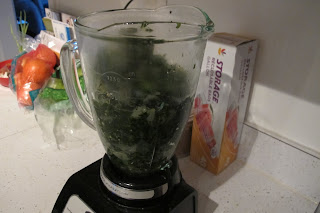 I returned the blended spinach to the pan. 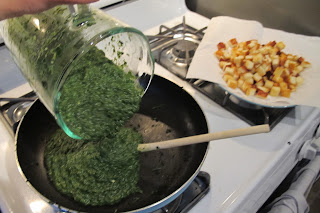 I added the turmeric, cayenne, coriander, and cumin to the curry.  I let the curry simmer for about five minutes.

I added the crisp cheese.  I continued to simmer the curry until the cheese was warm. 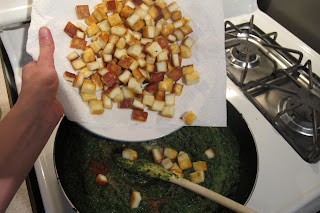 I added the yogurt.

I let this cook on medium low heat for another five minutes.

The curry was flavorful, and delicious.  It has exotic flavors and a little heat. 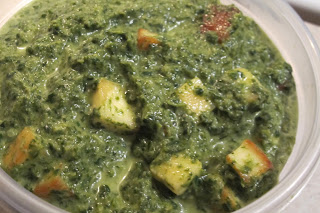 The texture was creamy and smooth. 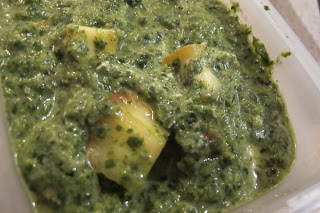 The yogurt made the curry a little richer and thicker. 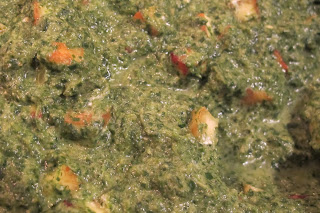 The cheese was crisp and golden.  The center was tender and warm.

This was an outstanding curry.  I liked it more than the version we made in the Indian cooking class.  This palak panner has more heat, depth of flavor, and cheese. 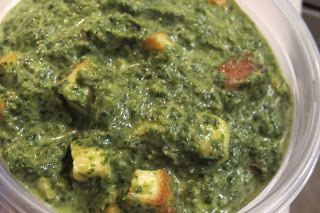 I added a couple of extra ounces of cheese, and I'm glad I did.  The cheese add flavor, texture and substance. 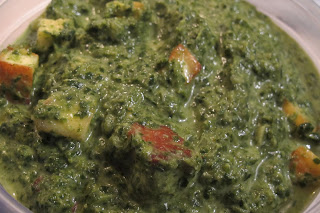 This was a superb recipe.  It was one of the best things I have made in a while. 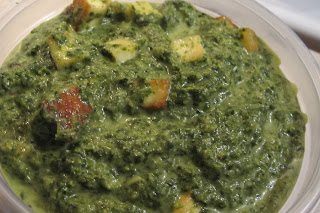 Thank you! There is an Indian restaurant I go to that serves this, and I've wanted to make it for a while now. This looks just like it. I know what I'm making this weekend. I could seriously eat Indian food every day. And I'm so envious that you went to an Indian cooking class. Sounds so fun!

Thanks Jessie and Amanda! I hope you give it a try!

This looks right up my alley. I love anything spinach and adore Indian cuisine!

Eva, I adore Indian cuisine too!